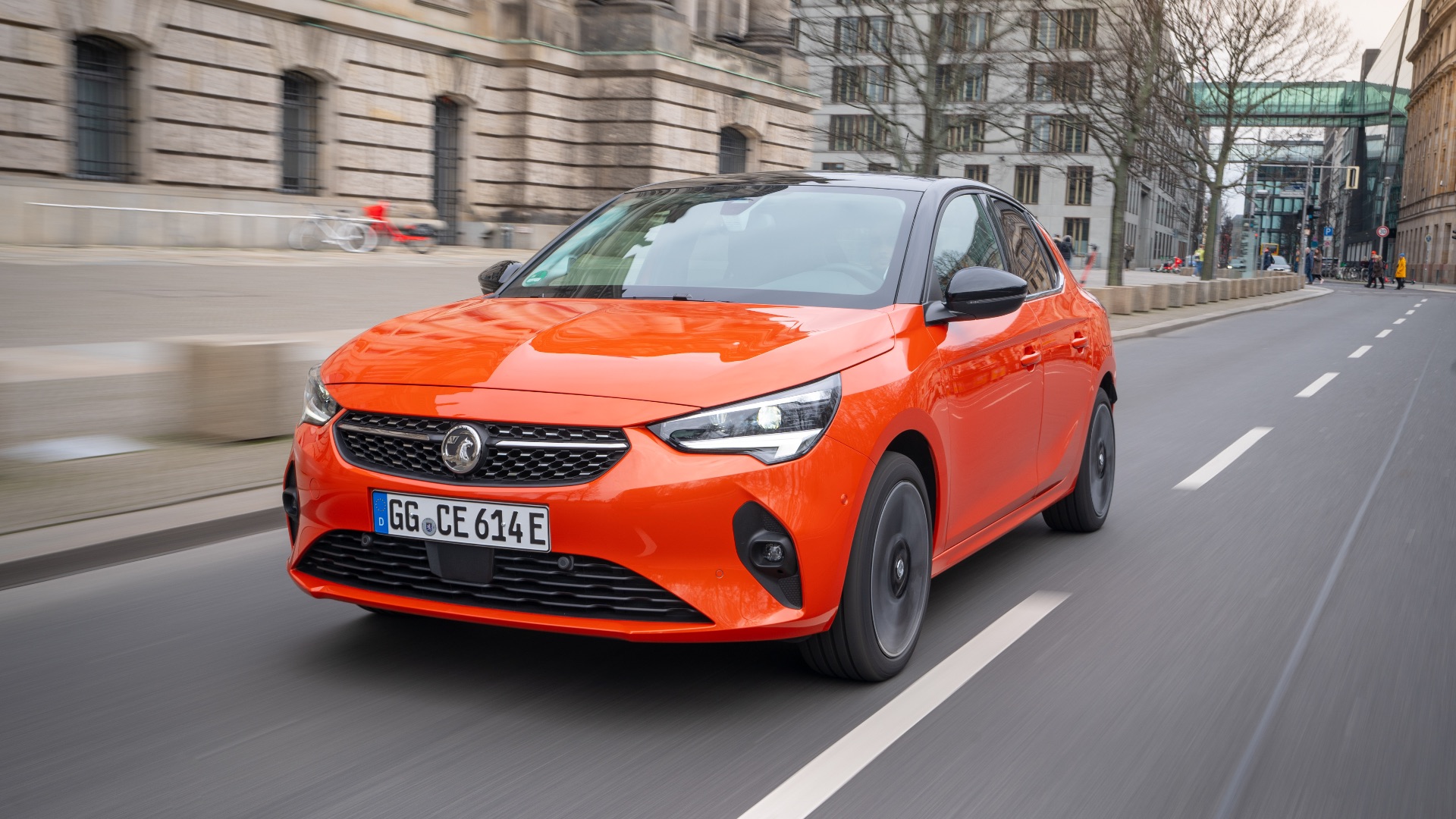 Vauxhall doesn’t want the new Corsa-e to turn heads. The Honda e is the futuristic iPhone of cars; Corsa-e aims to be just like any other Corsa… just an all-electric one. The British brand wants to speed up the normalisation of electric cars and the everyday Corsa-e is central to this.

When you visit a Vauxhall retailer, electric Corsa-e options will be presented alongside petrol and diesel (yes, they do still sell them). A dealer calculator will show if going electric will save you money: for most, it will, predicts Vauxhall. And a 209-mile range from the 50kWh batteries helps ease range anxiety in a way the Honda and Mini Electric cannot. 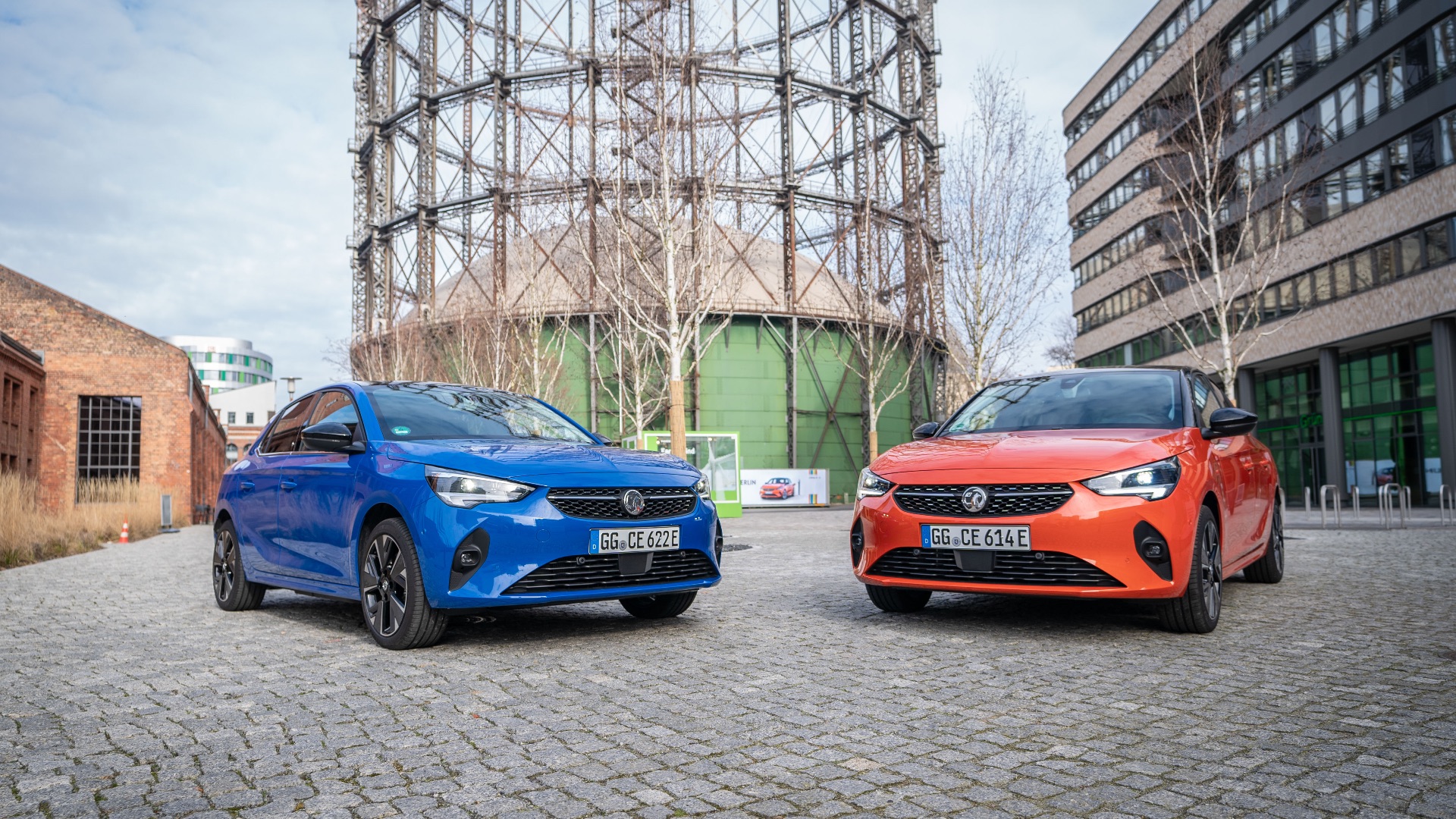 So even if you’re not looking to go electric, you may end up doing so. That’s why one in 10 UK Corsa sales – a British best-seller, no less – are predicted to be EV. Vauxhall’s achievement in launching the Corsa-e alone is striking: you can’t even buy a hybrid version of the nation’s best-selling car, the Ford Fiesta, never mind an electric one.

In the metal, the Corsa-e is anything but quirky. Only the tiny ‘e’ logos give the game away. It’s identical to the regular AUTOBEST Best Buy 2020-winning Corsa inside, too. No funny tricks to learn, no confusing multitude of driving modes.

In a sense, the Vauxhall Corsa-e lays a small claim to being future of motoring, here today. It simply takes the existing cars we’re familiar with, and readies them for the looming ban on petrol and diesel. It shows there’s nothing to fear, just lots to like.

Because to experience, it’s the best Corsa there’s ever been. 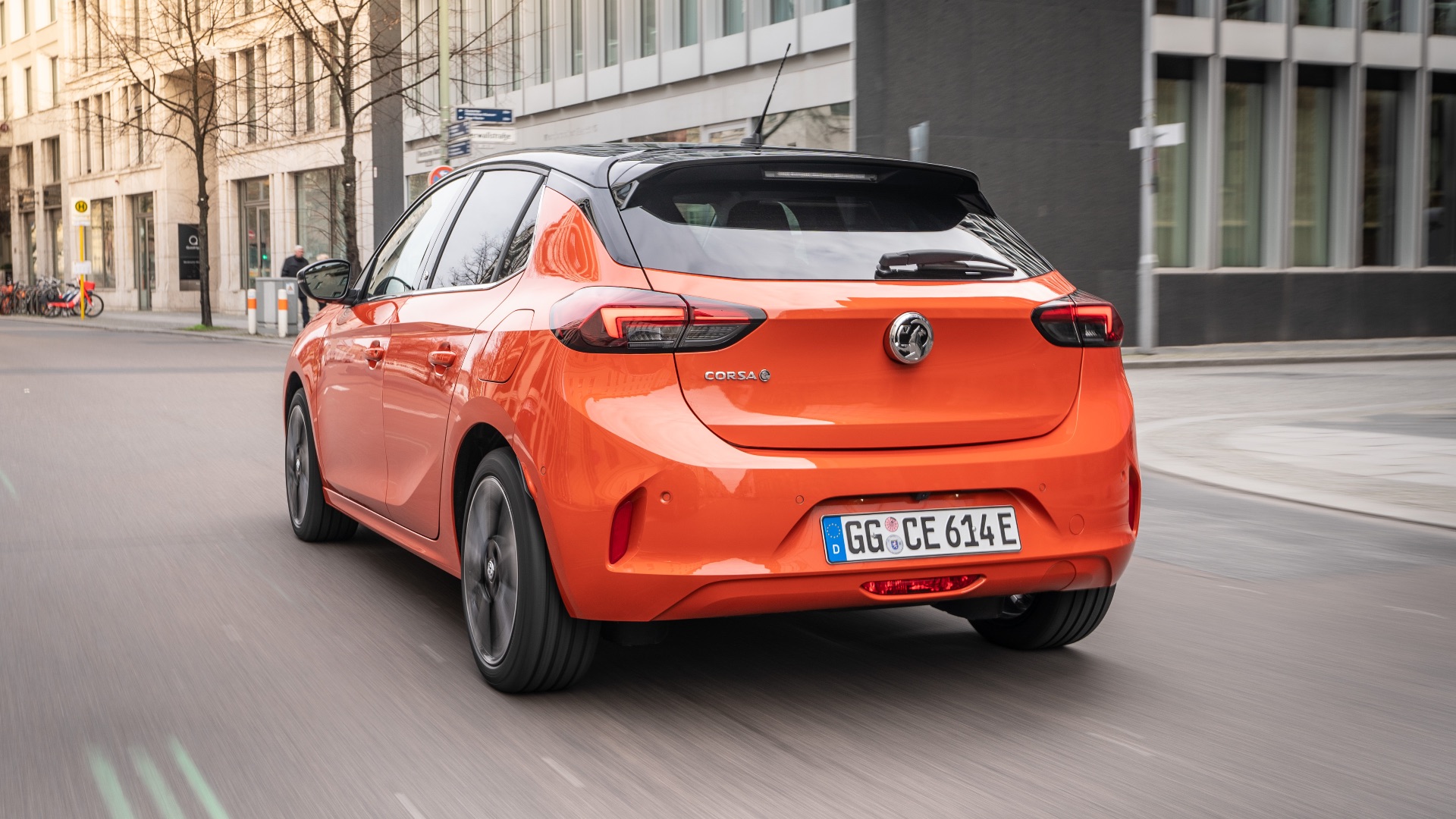 The luxury of electric car silence is doubly impressive in a car with which you’re used to having an engine. It whirrs away like a luxury limo and continues to be hushed as speeds rise. It’s the noise of air whoosing by that you most notice at speed now; as you slow down, the rattle from other cars’ engines will disturb. Otherwise the silence is uncanny.

It’s striking, such a popular everyday car becoming such a haven of peace. The impeccable manners of the electric motor also please. With 136hp, it’s more powerful than any turbo petrol Corsa, with diesel-like pulling power instantly on tap. It seamlessly gathers speed in a responsive, linear way. 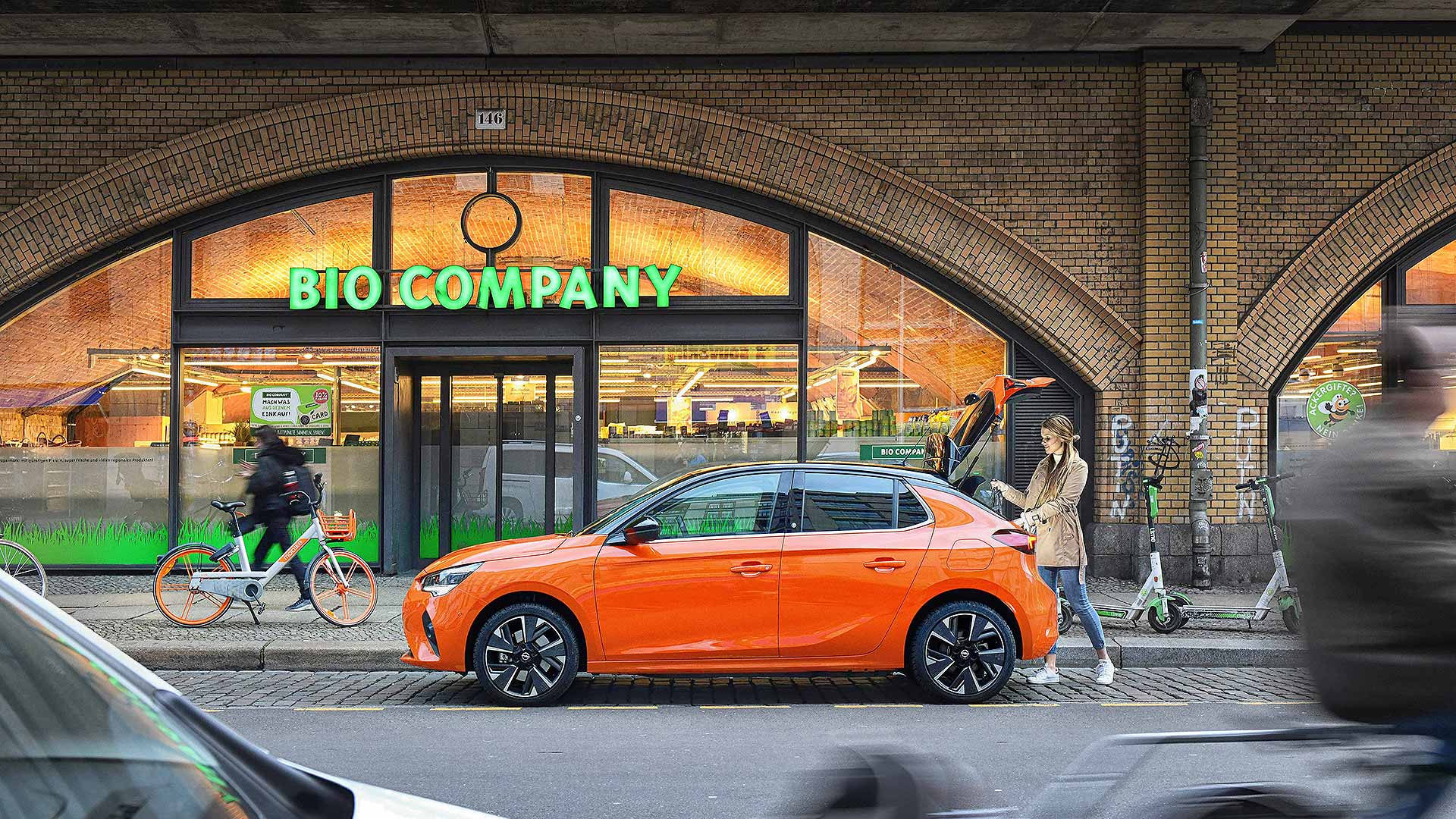 Pull the funny-shaped auto gearlever back to switch from ‘D’ to ‘B’. This adds more battery regeneration, so the car slows down more when you lift the accelerator. It’s not as head-jerkingly powerful as, say, a Mini Electric: it feels perfectly judged to become nicely intuitive. 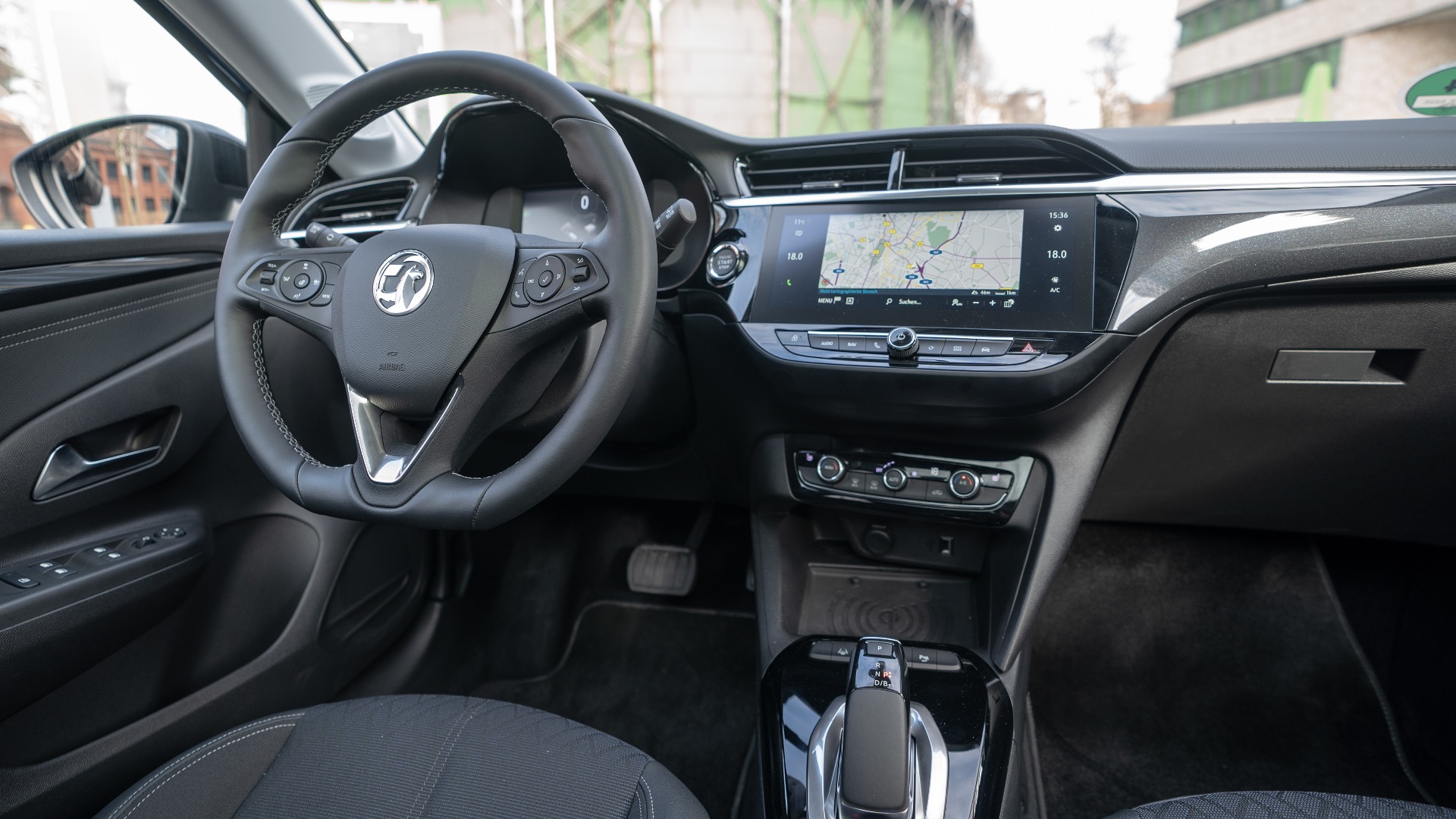 A button by the gearlever lets you pick from three driving modes, if you want. Normal is default: Eco cuts power and gives you a lazier accelerator pedal; Sport does the opposite (0-62mph takes a zappy 8.1 seconds).

Vauxhall has programmed different power outputs in each level, so engaging Sport mode genuinely does create the fastest Corsa-e (and help save range in Eco). 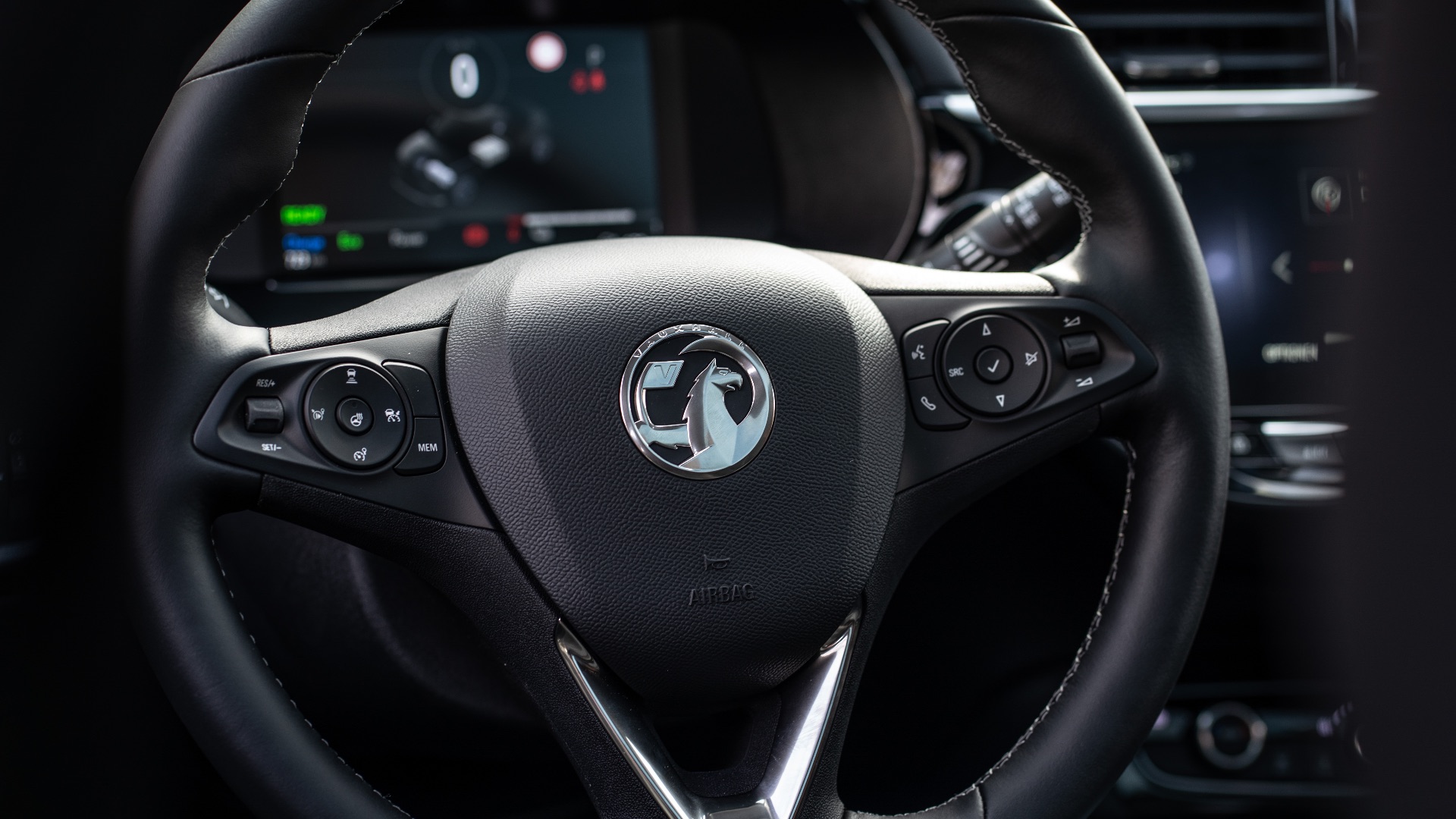 New Corsas have a tauter setup than their mechanically-related French sibling, the Peugeot 208. The ride is jigglier, but body control is better and it’s likely to suit twisting British roads better. Although occasionally unsettled, there’s little harshness and the Corsa-e feels stable, confident and grown up at speed.

Body lean in corners is well contained, helped by the Corsa-e’s lower centre of gravity – the batteries, mounted low down underneath the seats, give a well-planted sensation. Steering has a reassuring feel and Vauxhall has actually reinforced the front suspension to improve response (and counter for the 0.3-tonne weight of the batteries).

Just be wary if it’s wet. All that pulling power will quickly have the front wheels scrabbling with vigour. It’s surprisingly dramatic for a modern car: traction control eventually quells it, but not before the front wheels have squealed sideways (or the surprised driver has lifted off in a panic).

In front of the driver is an electronic display that offers a choice of clear, logical readouts. It’s more humdrum than the 208’s exotic 3D display, and looks a bit on the small side, but is easier to take in. Proper heater controls work well, and the touchscreen is OK. 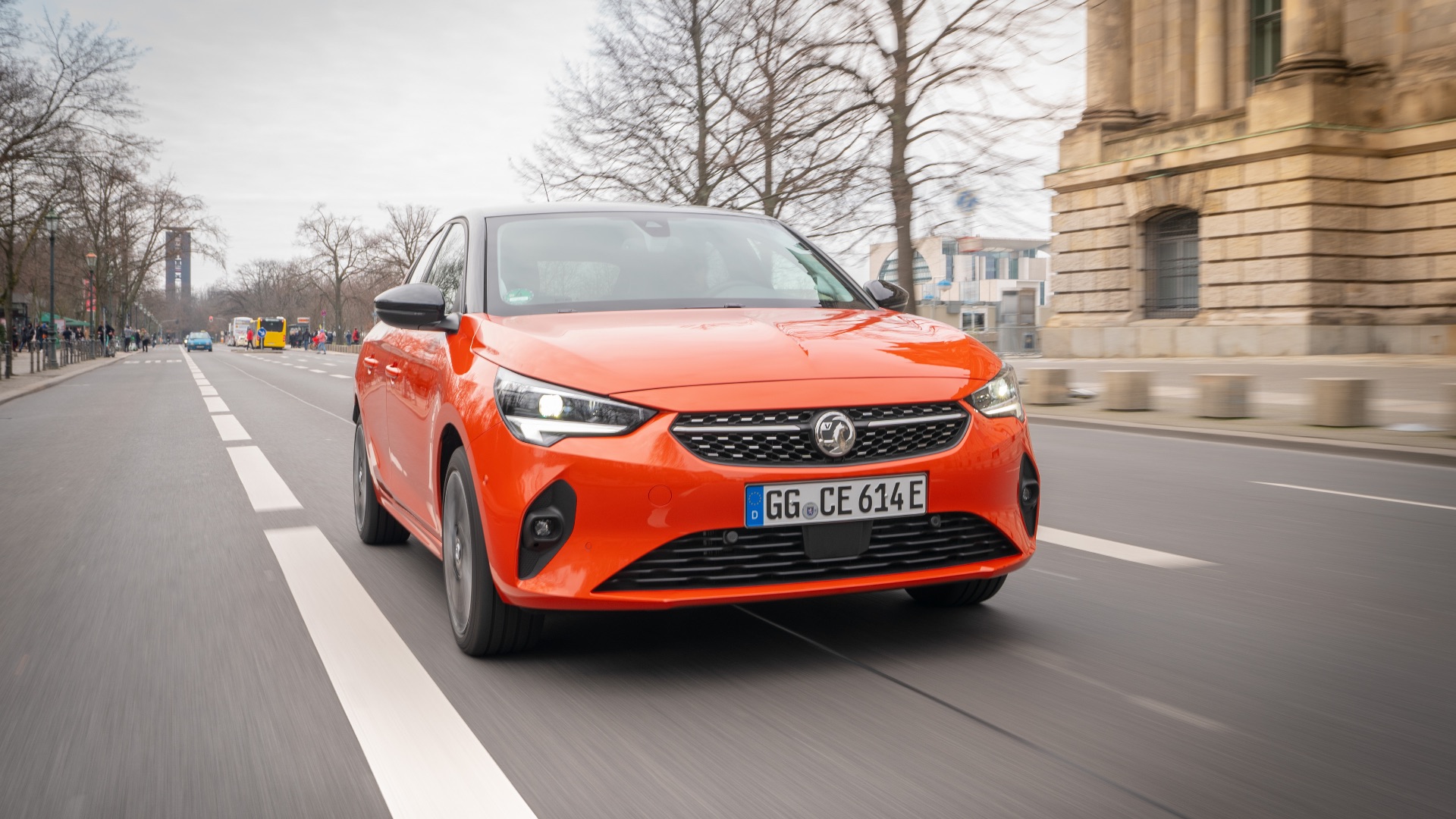 Public electric car charging points being so prominently displayed in the navigation ahead of the driver will do wonders for range anxiety. Speaking of which…

On a day zipping around Berlin, range never became an issue. The cars were factory-fresh, so the worryingly mediocre 190km (118 miles) of range suggested by the full battery (on a cold day) was unrealistic. After two hours’ driving, range had actually improved, to 210km (130 miles).

During the day, I drove a city-centric 55 miles (but with a few blasts of autobahn). And at the end of day, there was exactly 100 miles’ range left. 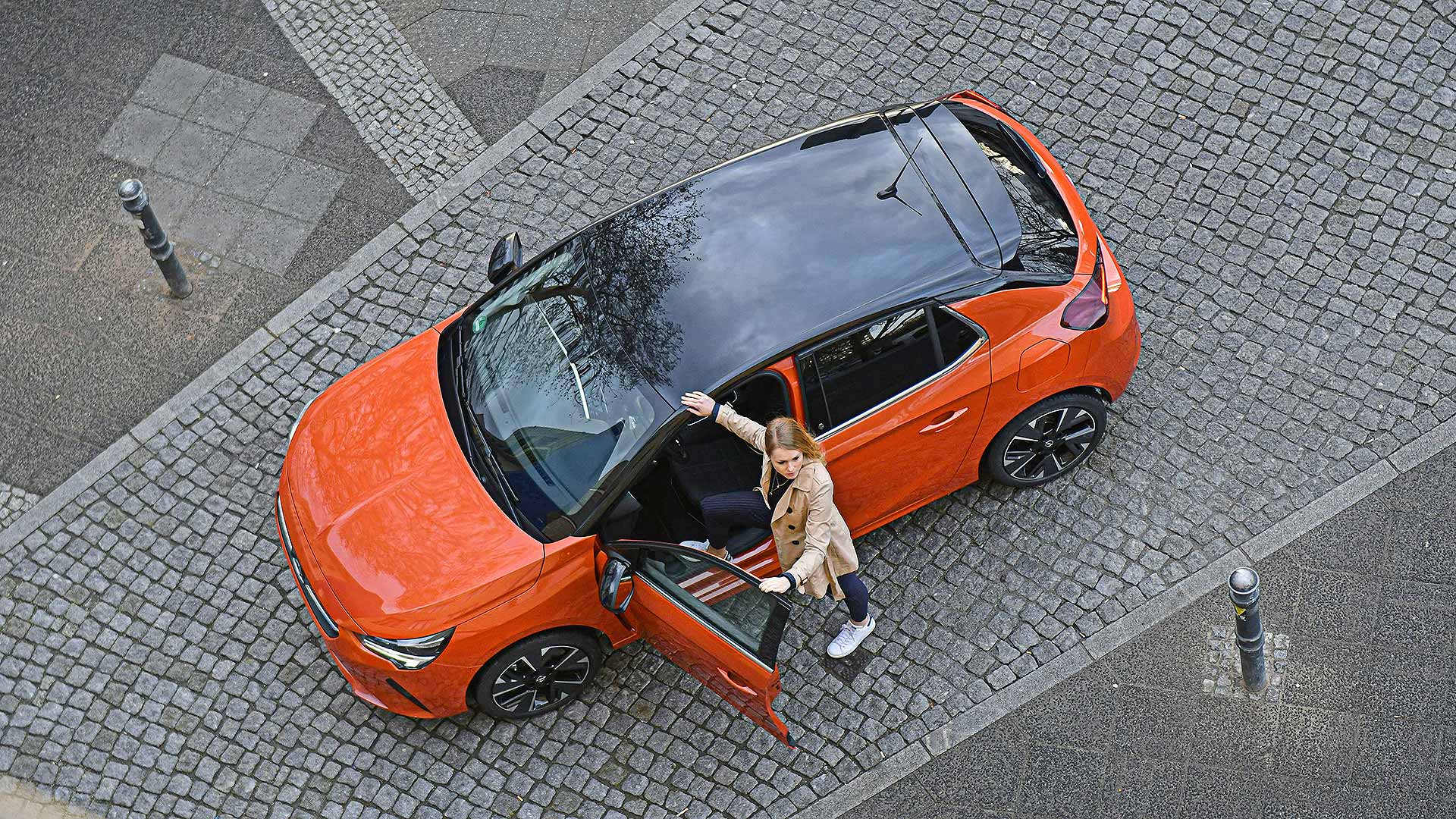 For everything else, it’s as with the regular Corsa. Pretty styling, sensibly modern interior, nice driving position, borderline rear seat space (but adults shouldn’t feel tortured once they’ve threaded their way in there). Even boot space is, impressively, identical. All it lacks is below-floor storage (so no space for a spare wheel).

It’s the least otherworldly car of the future yet launched, and is bound to win fans because of this. 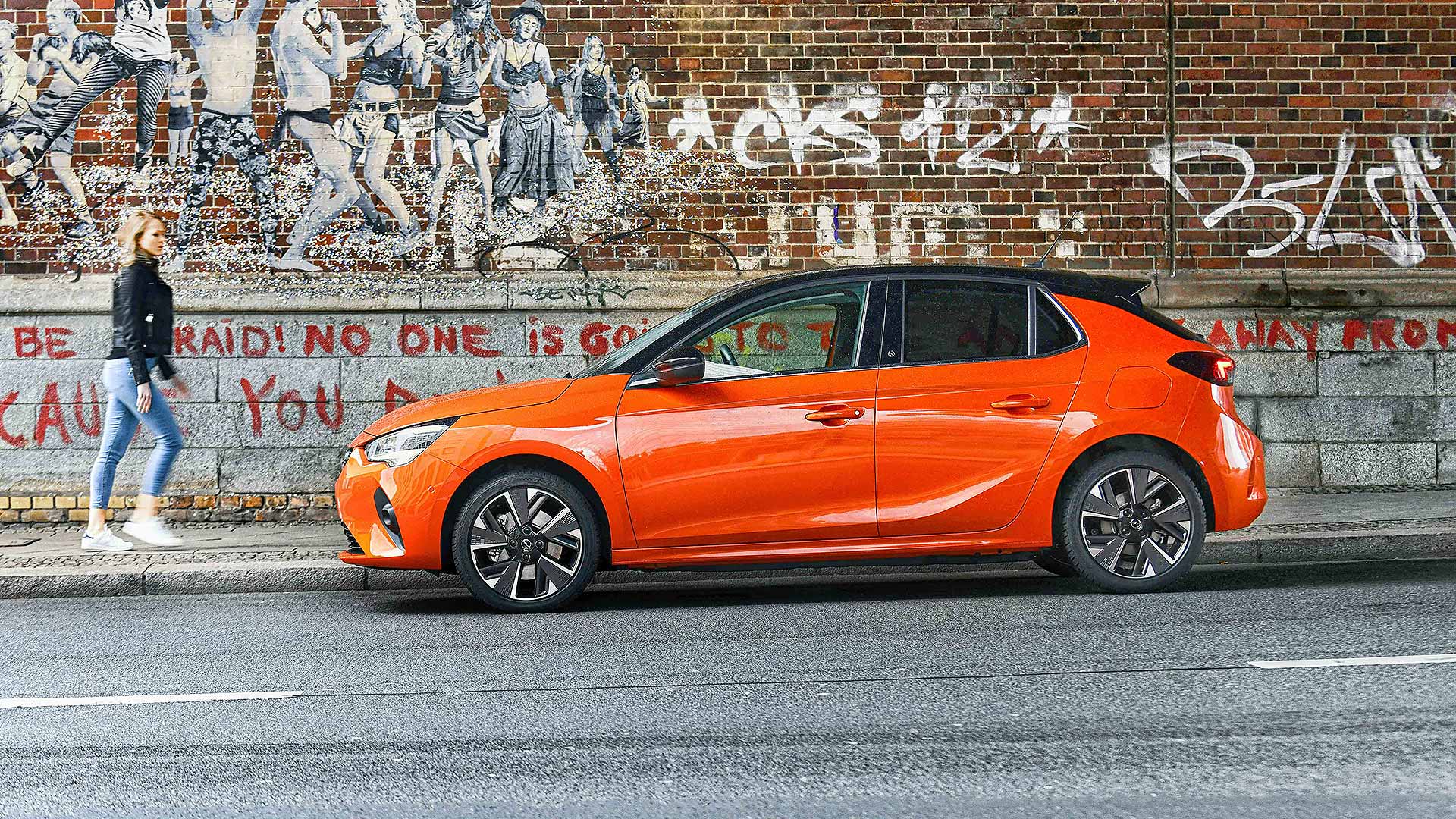 The Vauxhall Corsa-e intentionally isn’t an experience as exciting as a Honda e. Its target customers told the firm they crave normality. They want an electric car, but not the fuss and standout fanfare that comes with it. For the vast majority of everyday car buyers who don’t want people to look at them, the Corsa-e is the trend-setting electric car they’ll secretly crave.

Still, pricier, yes, but Vauxhall dealers will readily show you the savings in running costs (£27 a month, instead of £130 for a petrol Corsa, if you drive 10k miles a year, they reckon). You even get a free home charger, underlining the satisfaction of never having to visit a filling station again.

Thousands of new car buyers are now going to be offered a viable electric car alternative. Many will make the switch. The mainstream march of the EV continues. And, in an understated sort of way, that’s why the new Corsa-e is one of the most significant electric car arrivals to date.