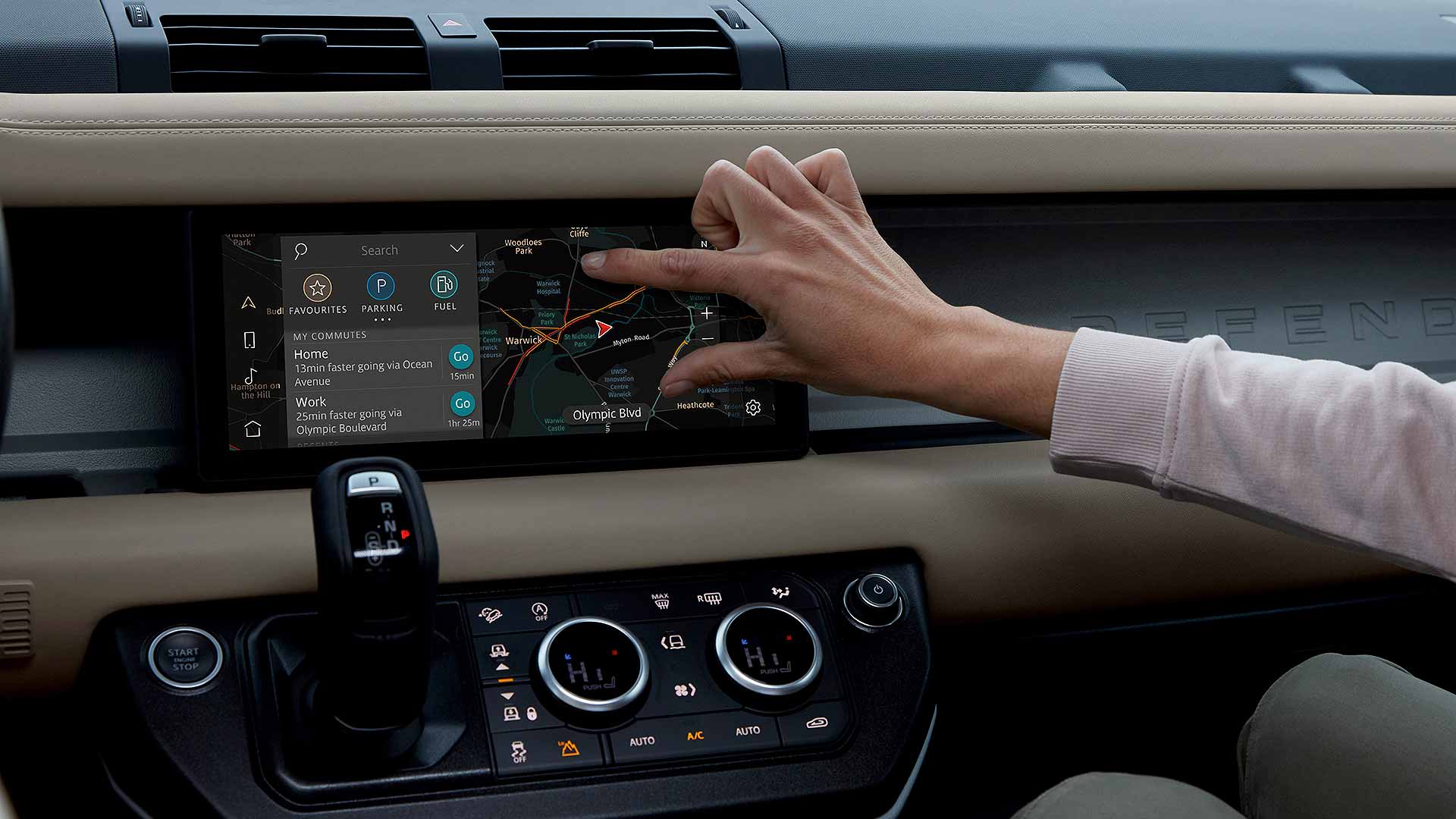 Launching on the new Land Rover Defender, Pivi Pro will gradually replace InControl in all Jaguar and Land Rover models.

It is described as having “industry-leading design and shares electronic hardware with the latest smartphones”. 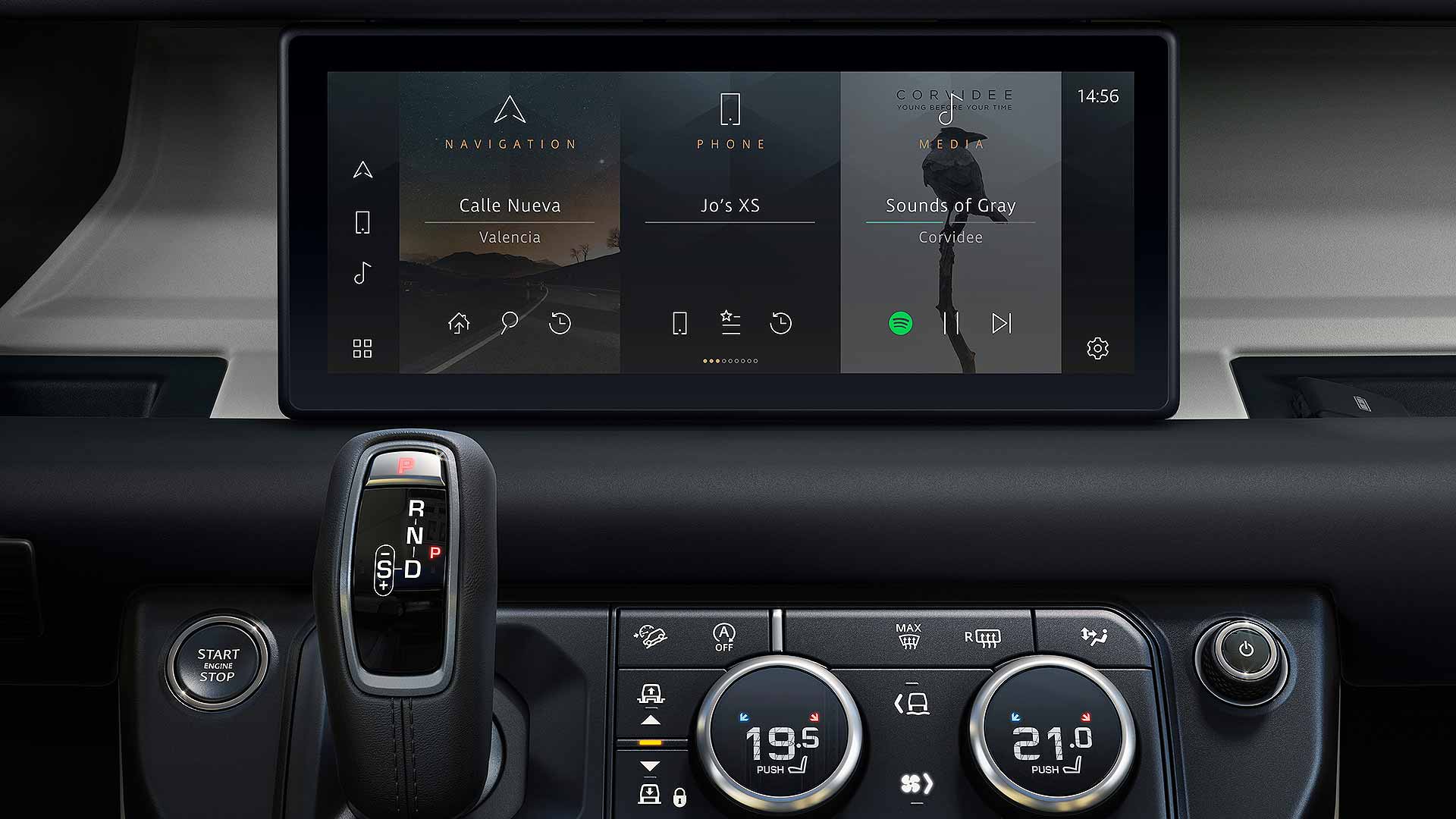 The highlight feature at CES 2020 is the world’s first dual-modem, dual-eSim in-car tech, for enhanced connectivity.

One eSim and modem is dedicated to the new Software-Over-The-Air (SOTA) tech. The system can download updates and then, by a process called ‘dual banking’, seamlessly switch to the updated software without delay – without having to visit a JLR retailer.

The other eSim and modem is dedicated to music streaming and apps. Both are powered by two Qualcomm Snapdragon 820Am automotive platforms, each with a Snapdragon X12 modem.

Pivi Pro even has its own battery, so the system doesn’t need to ‘start up’. It is ready, for example, to accept sat nav inputs as soon as the driver steps into the vehicle. 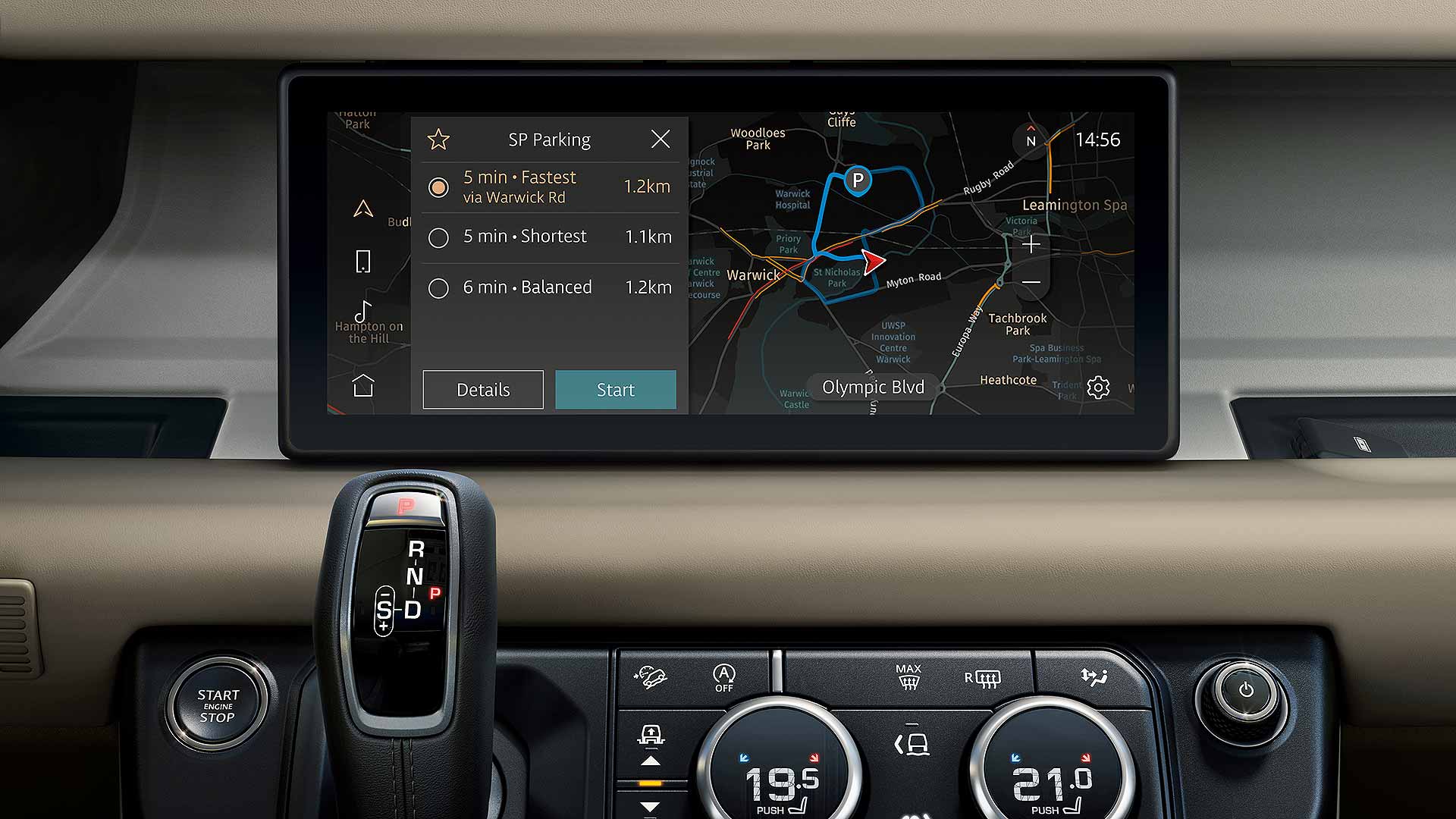 The Defender’s Pivi Pro system is the first car from JLR to use a domain controller. Numerous safety and driver convenience functions are built on top of the BlackBerry QNX Hypervisor platform, “consolidating more systems onto fewer ECUs”.

The system is ultra-fast and responsive, giving a smartphone-like operating system via a crisp TFT digital display (which uses 4K graphics).

For security, safety and reliability, JLR has isolated safety-critical systems from non-safety critical ones. 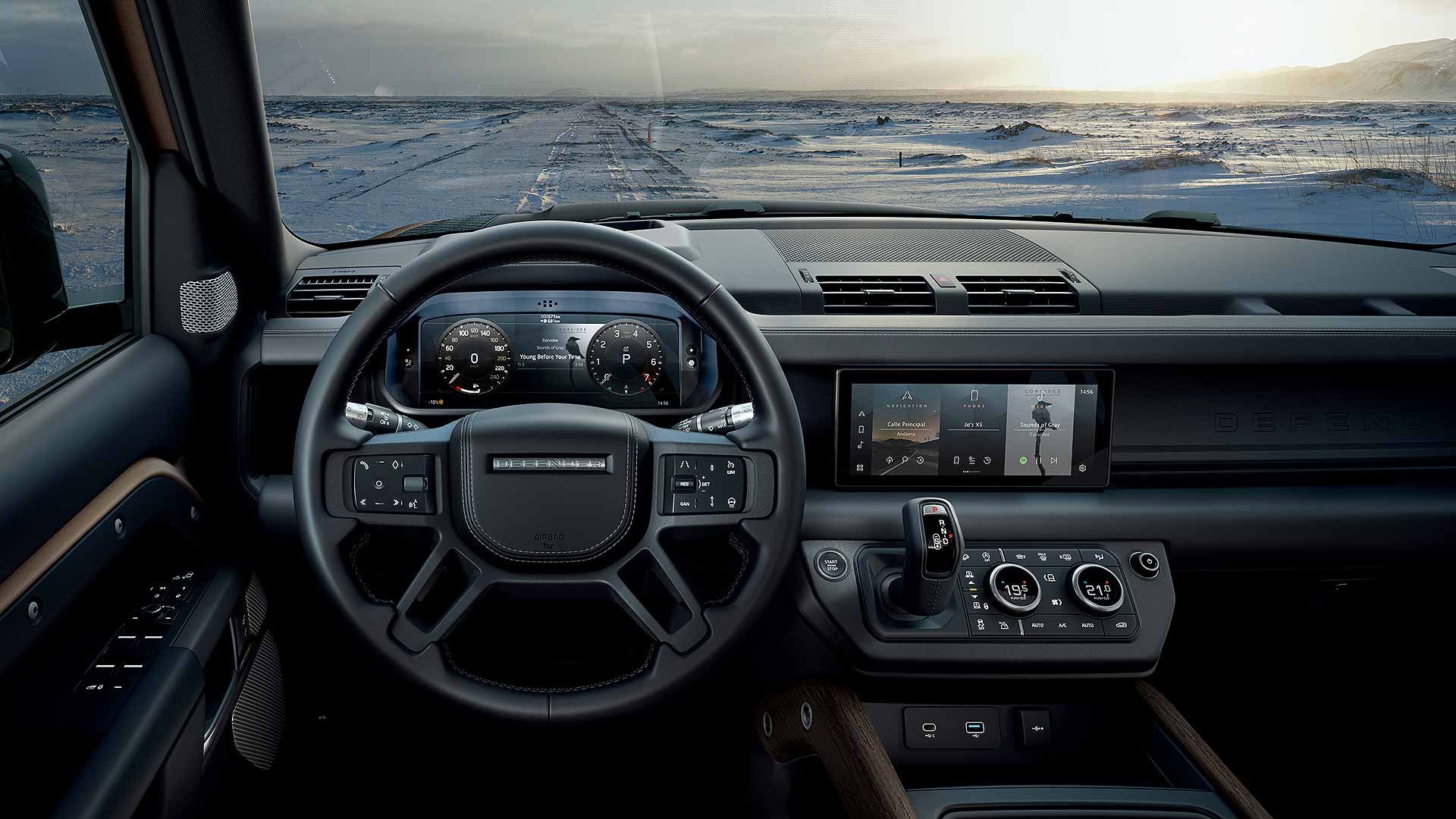 Smartphone QR codes can be displayed on the infotainment screen, which allow users to connect their music streaming accounts such as Spotify, TuneIn and Deezer.

They are automatically added to the cloud, and the driver’s digital files are then transferred to the Pivi Pro system. It means owners can access their accounts and stream music even if they don’t have their smartphone with them.

Automatic updates are carried out, via the SOTA system. And owners can also take their ‘digital profile’ with them to other JLR cars – so they instantly get the same layout and experience.

In the UK, it will even allow new Defender owners to pay for parking through the Pivi Pro system: RingGo is the first network to be signed up. 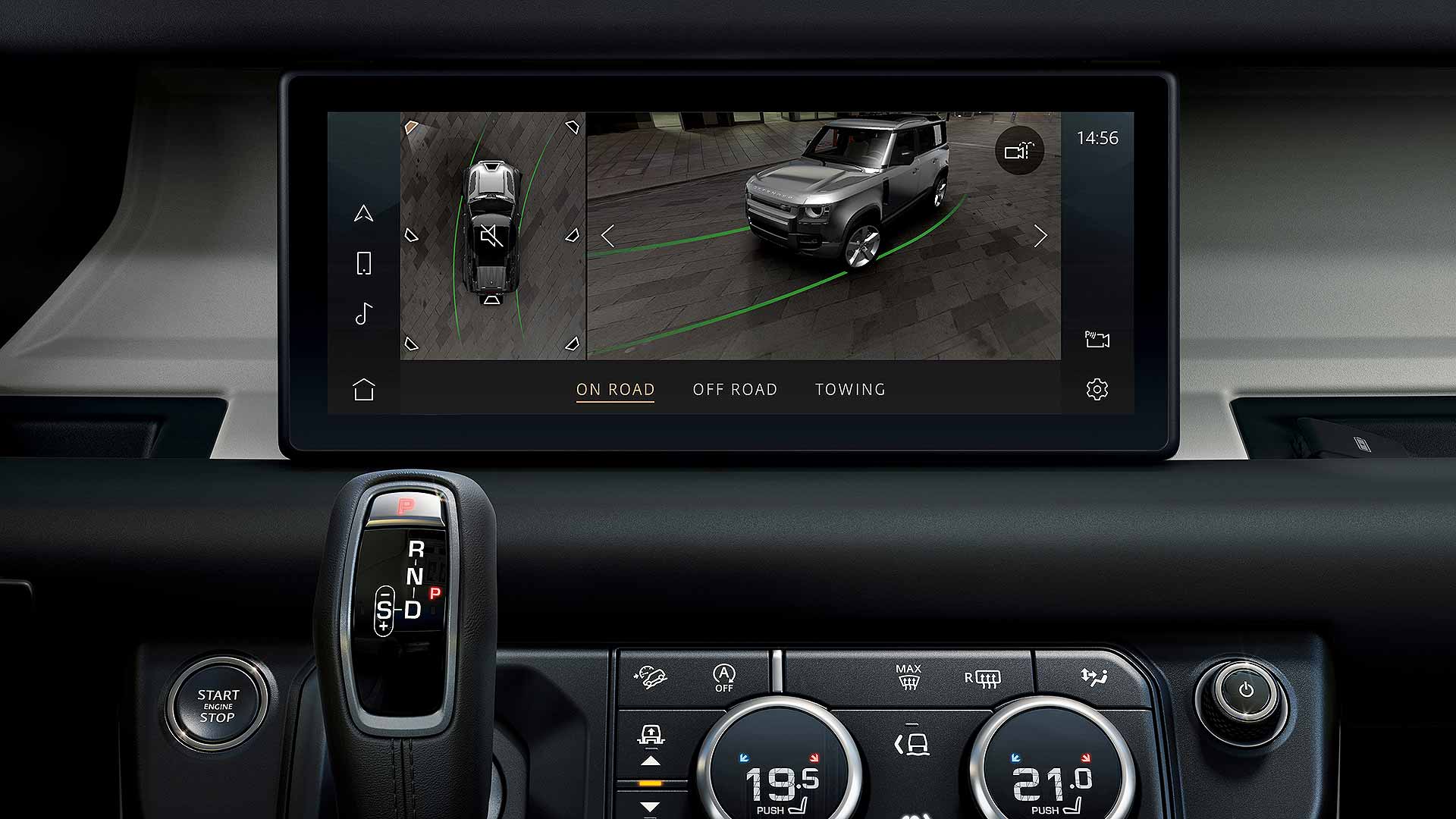 Motoring Research spoke to Defender vehicle engineering manager Mark Wilson. “Pivi Pro is not an evolution of InControl,” he told us.

“It is an all-new system: developing it has been a massive undertaking. It is future-proofed and allows us to develop and add features over the air: we can also remotely fix bugs so customers don’t have to visit a dealer.”

The dual banking system is “first to market and means we can make real-time updates, then switch systems via the digital ‘twin’ in the cloud.”

But why Pivi Pro – does it stand for anything? No, said Wilson. “It’s not an acronym: we needed something catchy, and the name needed to be registered in multiple countries.

“That’s how the name Pivi Pro came about.”