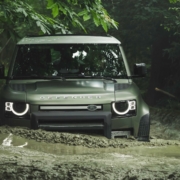 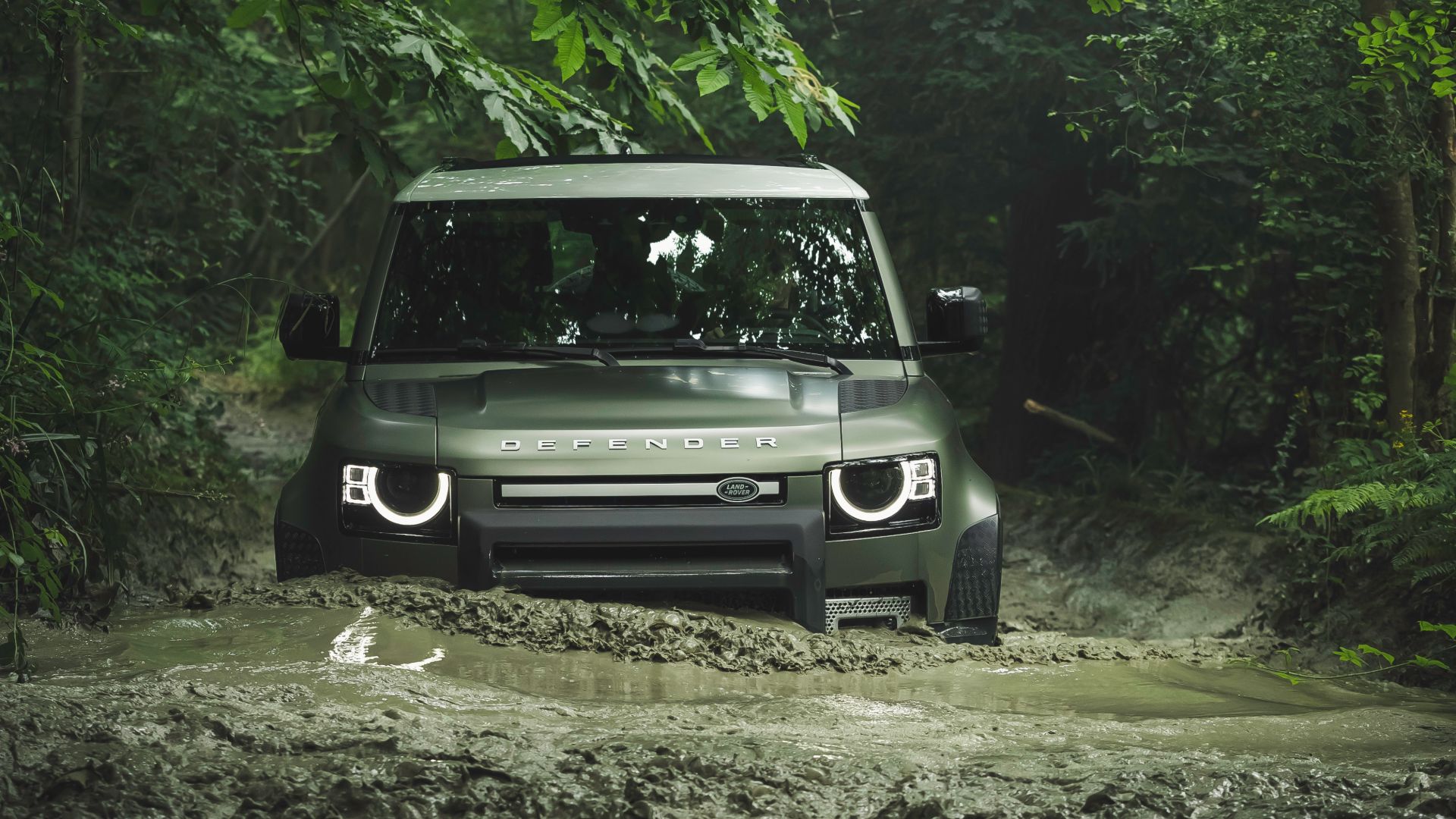 The three-door Land Rover Defender 90 is now on sale, with prices from £40,290. This follows the launch of the five-door Defender 110, which is experiencing ‘unprecedented demand’ at dealers.

For those wanting to put their Defender to work, there will also be a commercial derivative. It will cost from around £35,000 when it joins the range later in 2020.

The Defender 110 has apparently been customised on Land Rover’s online configurator 1.21 million times. 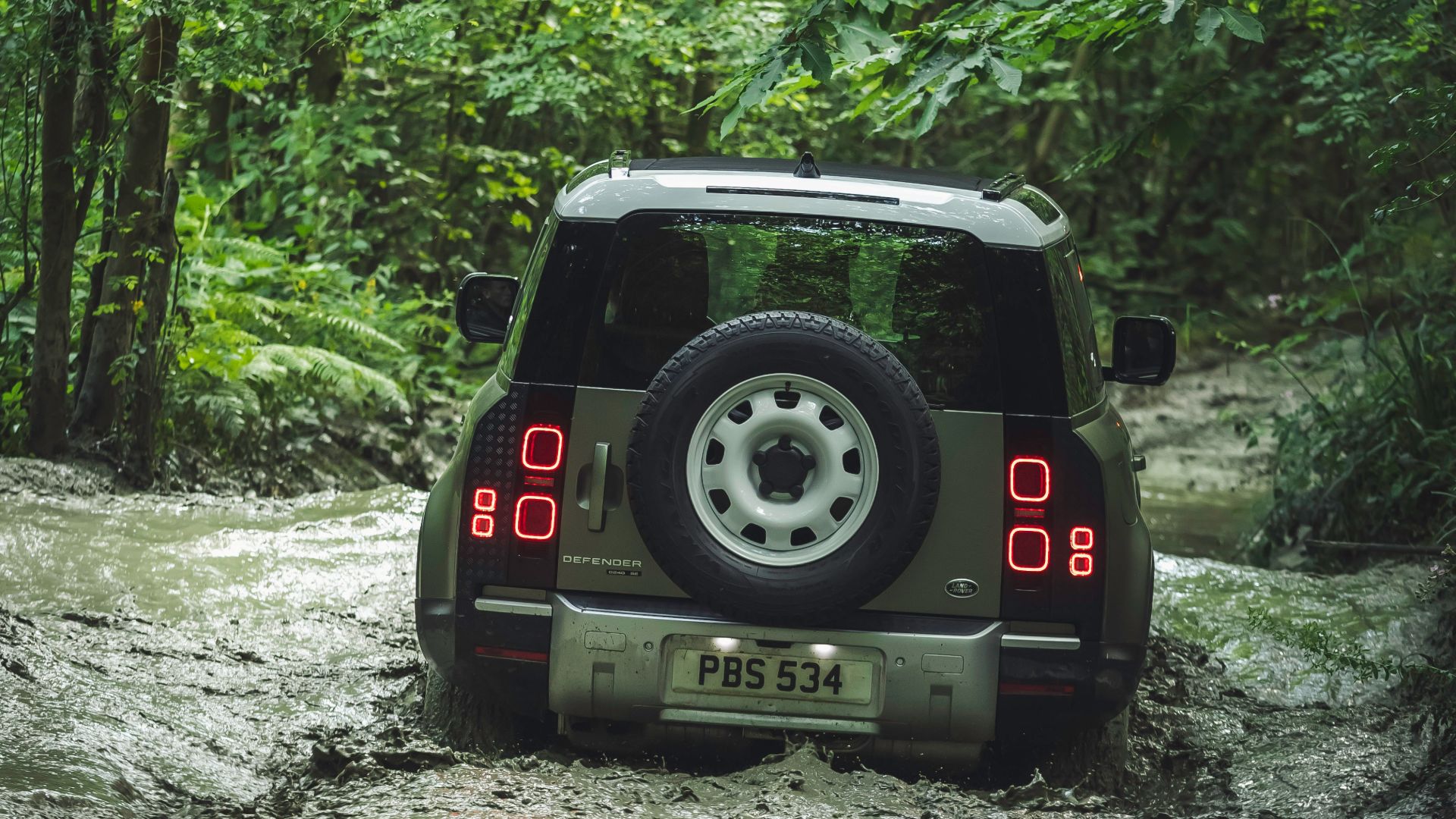 Contrary to the rugged image of the Defender, the most popular accessory pack in those configurations was Urban. It joins Explorer, Adventure and Country as one of four flavours of Defender that buyers can choose.

More than 35 percent of configurations were the Urban spec. Perhaps the Mercedes-Benz G-Class should be worried. 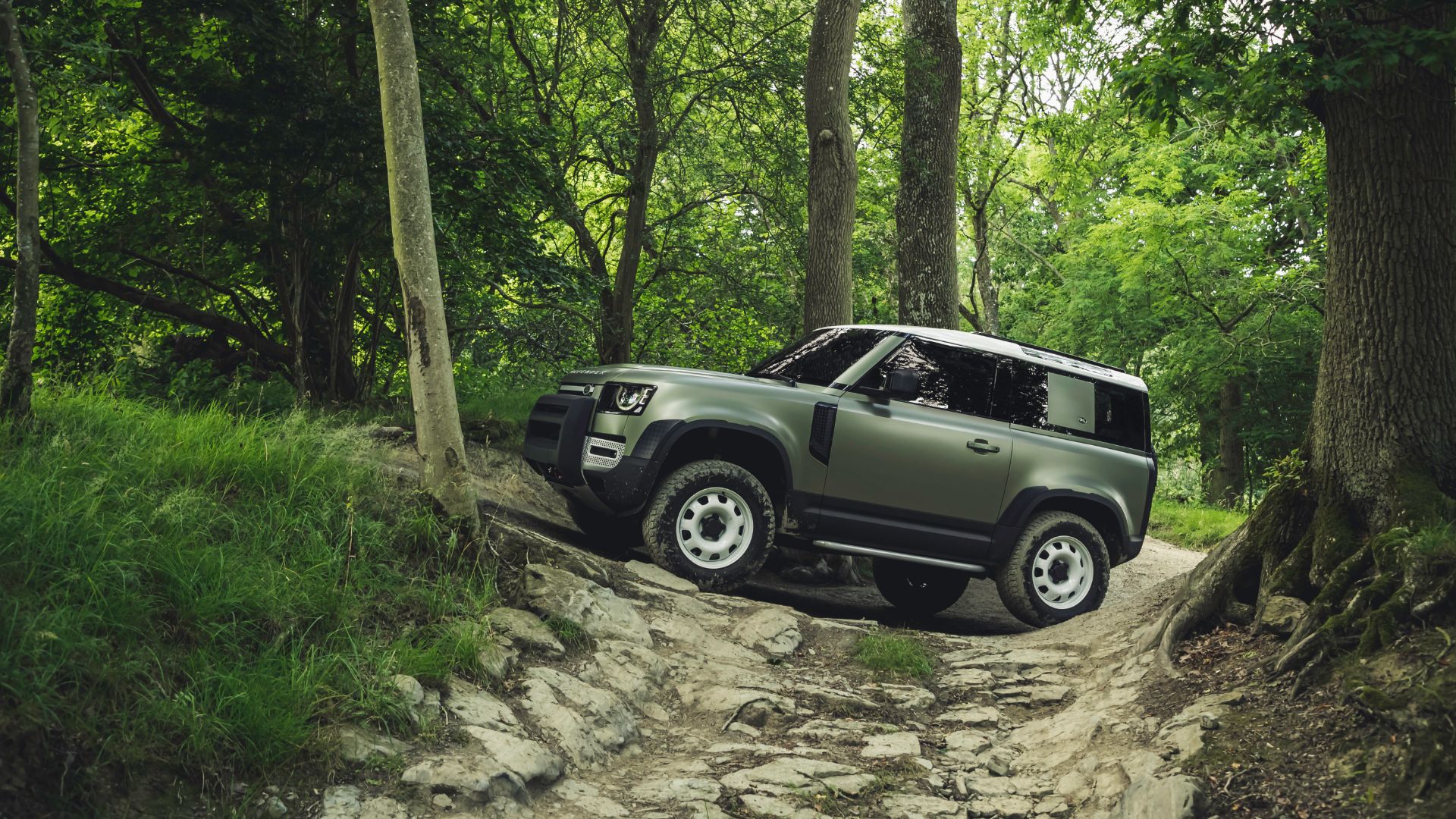 “We have experienced unprecedented demand for new Defender 110 and the official introduction of Defender 90 is sure to boost interest,” said Finbar McFall, Land Rover global product marketing director.

“If our experience with the Defender 110 is anything to go by, we can expect over half of customers to opt for one of the four accessory packs, making new Defender the most accessorised and personalised Land Rover we have ever produced.” 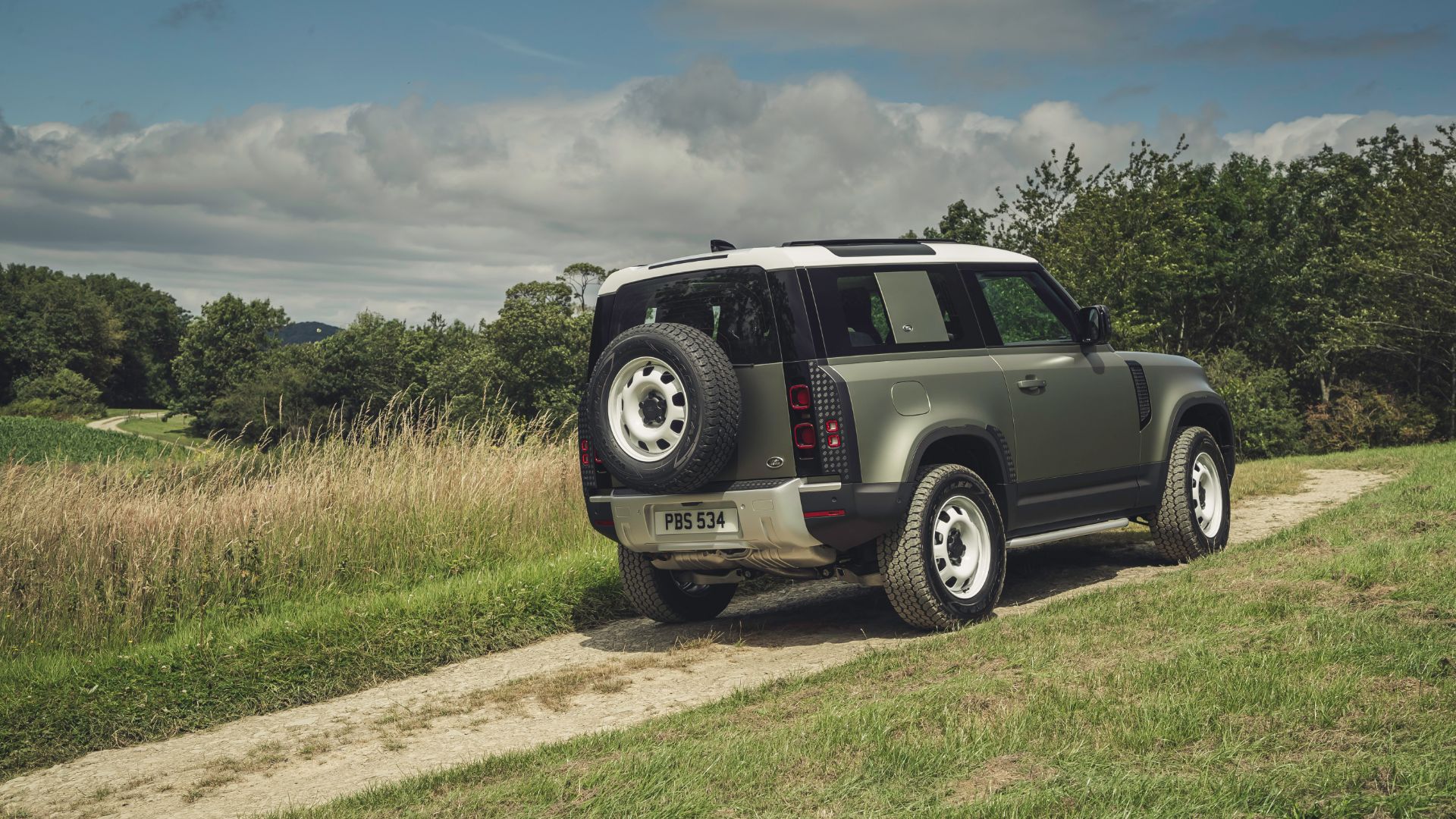 If you like the idea of the cheaper, smaller 90, but worry about practicality, fear not. Although it only has two traditional doors, it also has a front-row centre seat, offering seating for six.

If you’re more eco-minded, there will be a Defender for you soon. This year will see the marque launch a plug-in hybrid variant. 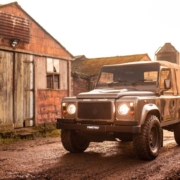 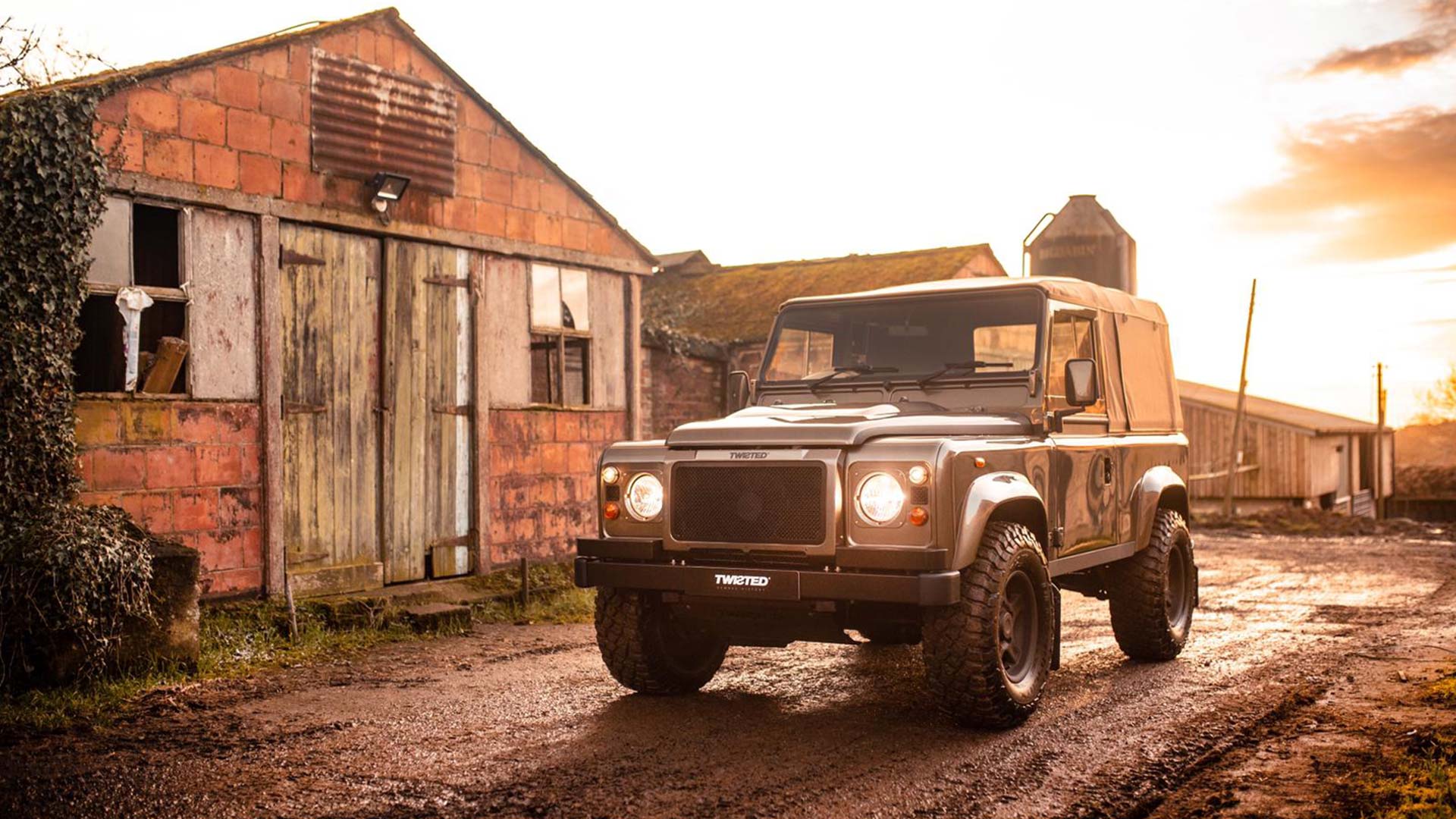 Aimed at potential customers in London and across the south of England, the new showroom will display a range of models from the company.

It forms part of grand expansion aims, revealed by Twisted exactly four years to the day that Land Rover ceased production of the original Defender. 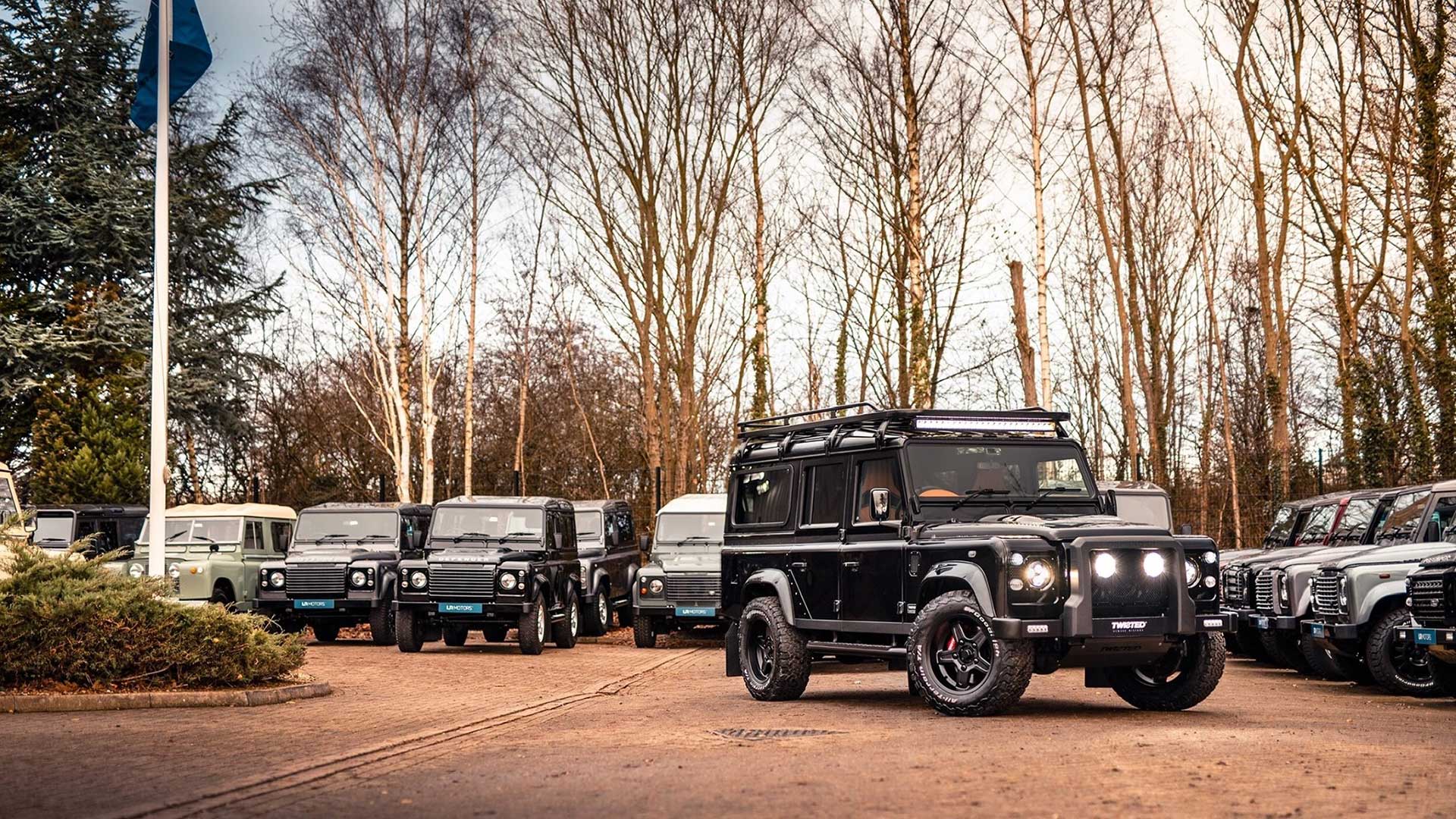 At present, UK sales for Twisted’s products are dealt with from the company’s headquarters in Thirsk, North Yorkshire. Whilst this may suit the rural image of a Twisted Land Rover, it does mean southern customers face a considerable journey to view products.

Based at Silverstone in Northamptonshire, the location for the new showroom has been chosen to be only 30 minutes by train, or an hour by car, from central London.

Set to open in March 2020, the Silverstone showroom will offer test drives, servicing for existing customers, and also host the Twisted Cafe. 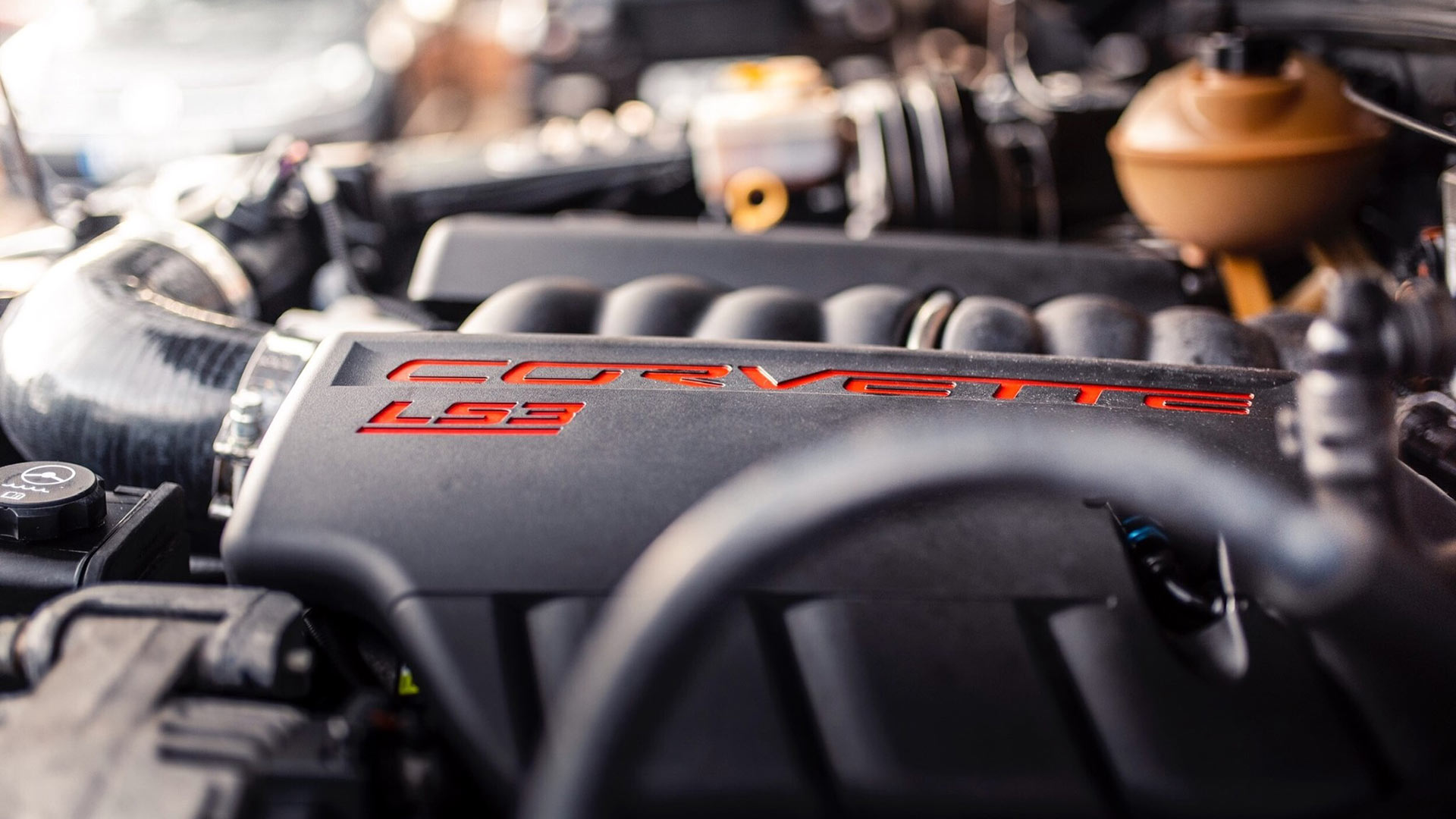 An accompanying Defender 110 is now being prepared, with Twisted planning to show both models at the New York International Auto Show in April. Prices for the American models begin at a considerable $250,000 (£192,000). 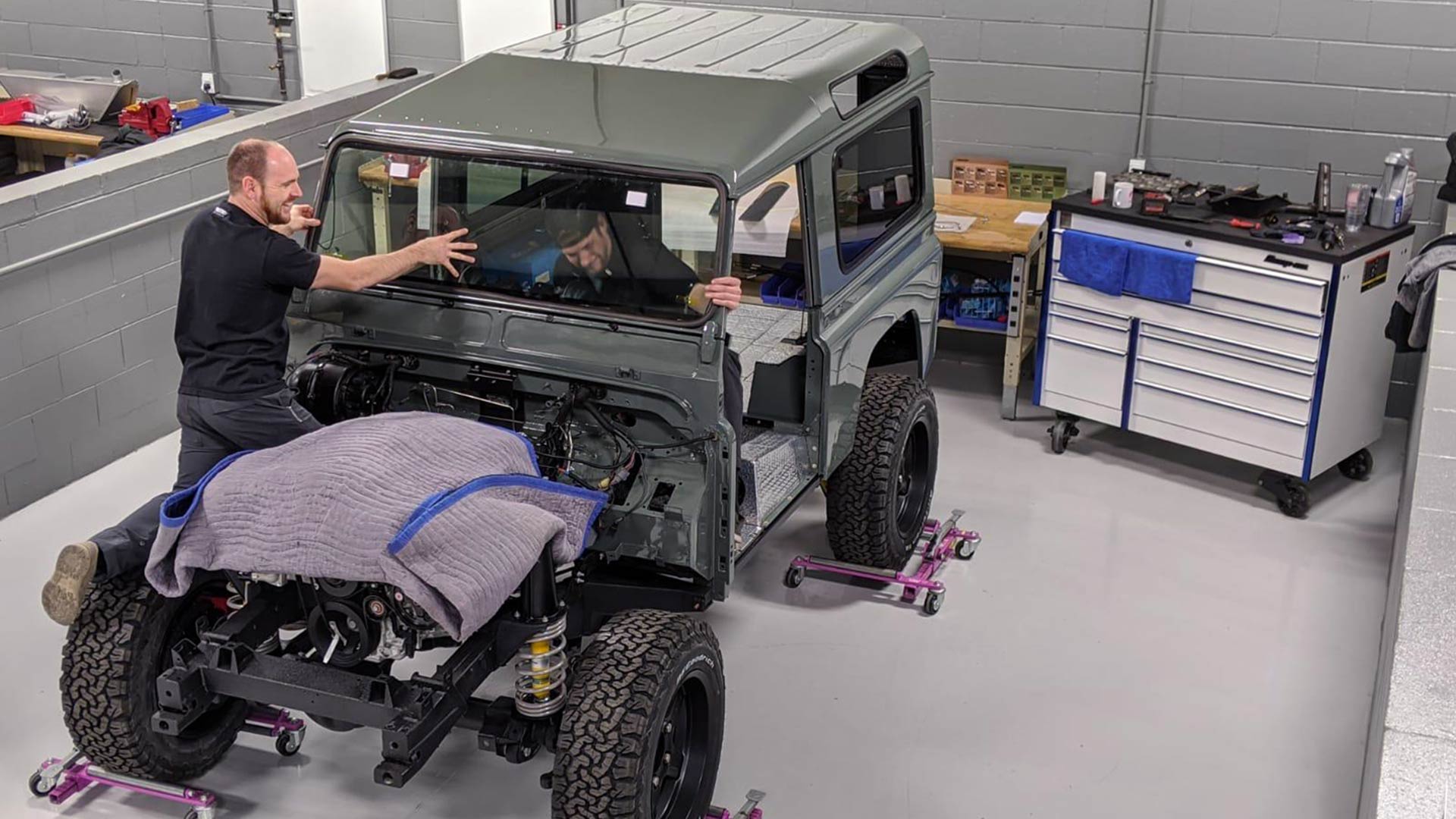 Following on from the North American outpost will be a brand-new Twisted Middle East venture, set to open later in 2020 at a facility in Dubai.

Primarily aimed at appealing to off-road enthusiasts across the United Arab Emirates, Twisted notes that the company has previously sold vehicles to customers in Qatar, the UAE, Oman, and Kuwait.

The Twisted Middle East showroom and service centre will be managed by Matt Duckett, who recently joined the company from Jaguar Land Rover. Duckett’s previous roles included engineering the stunt vehicles used in the forthcoming James Bond film No Time to Die. 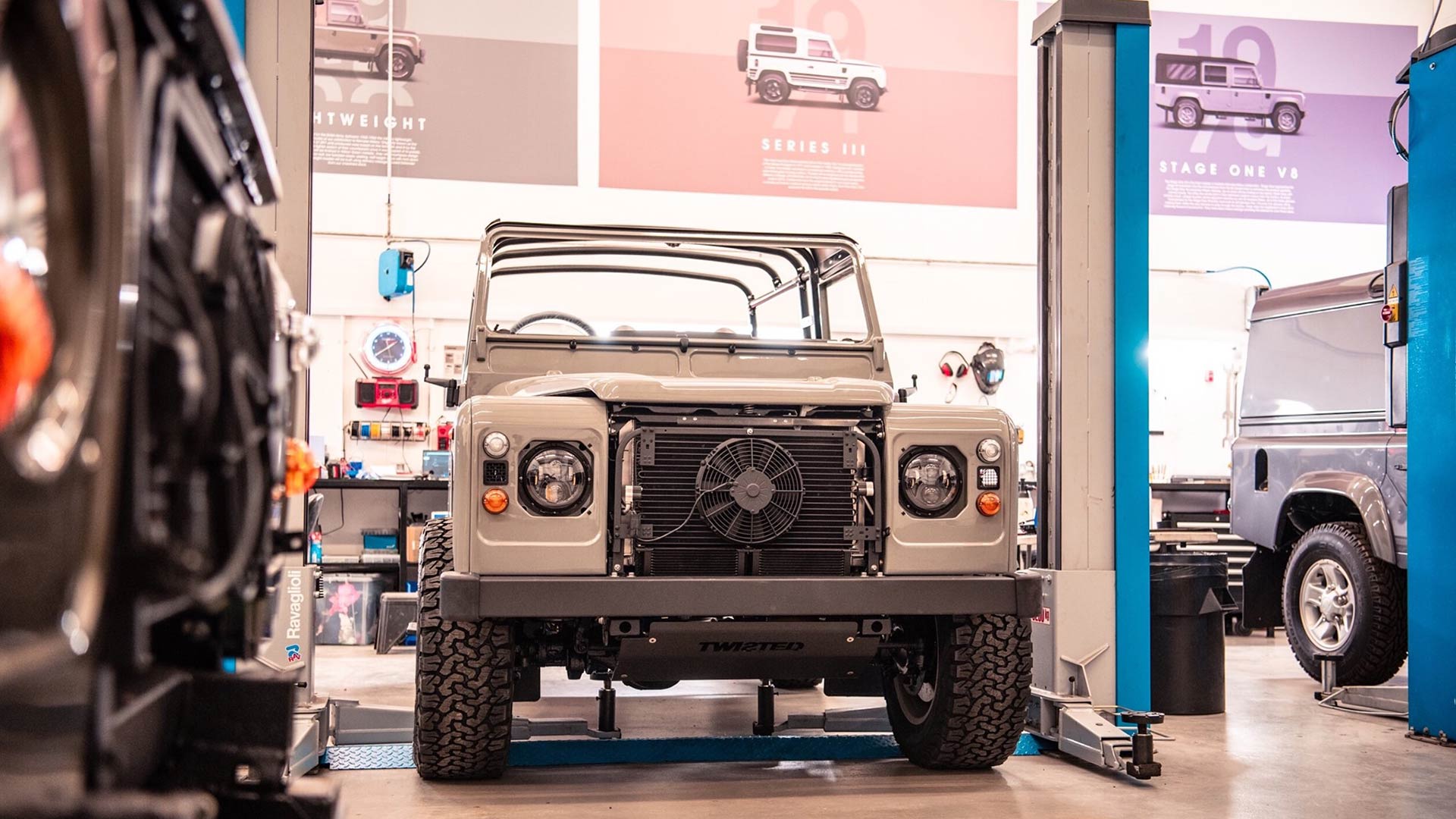 Twisted has also finished building the first of a planned limited edition Lightweight Defender, inspired by Land Rovers used by the British Army between 1968 and 1984.

Painted in Twisted’s own Willow Green, and with a canvas roof, the Lightweight also gains double bumpers and half-height doors. Built from low-mileage stock, the full run of ten examples is scheduled to be completed by summer 2020.

Speaking about the continuing expansion plans, Twisted founder Charles Fawcett  commented that it “illustrates the enduring passion” for the classic Defender, and that the company remains a guardian “of the heritage of this British icon”. 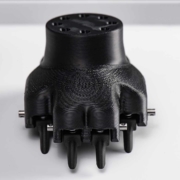 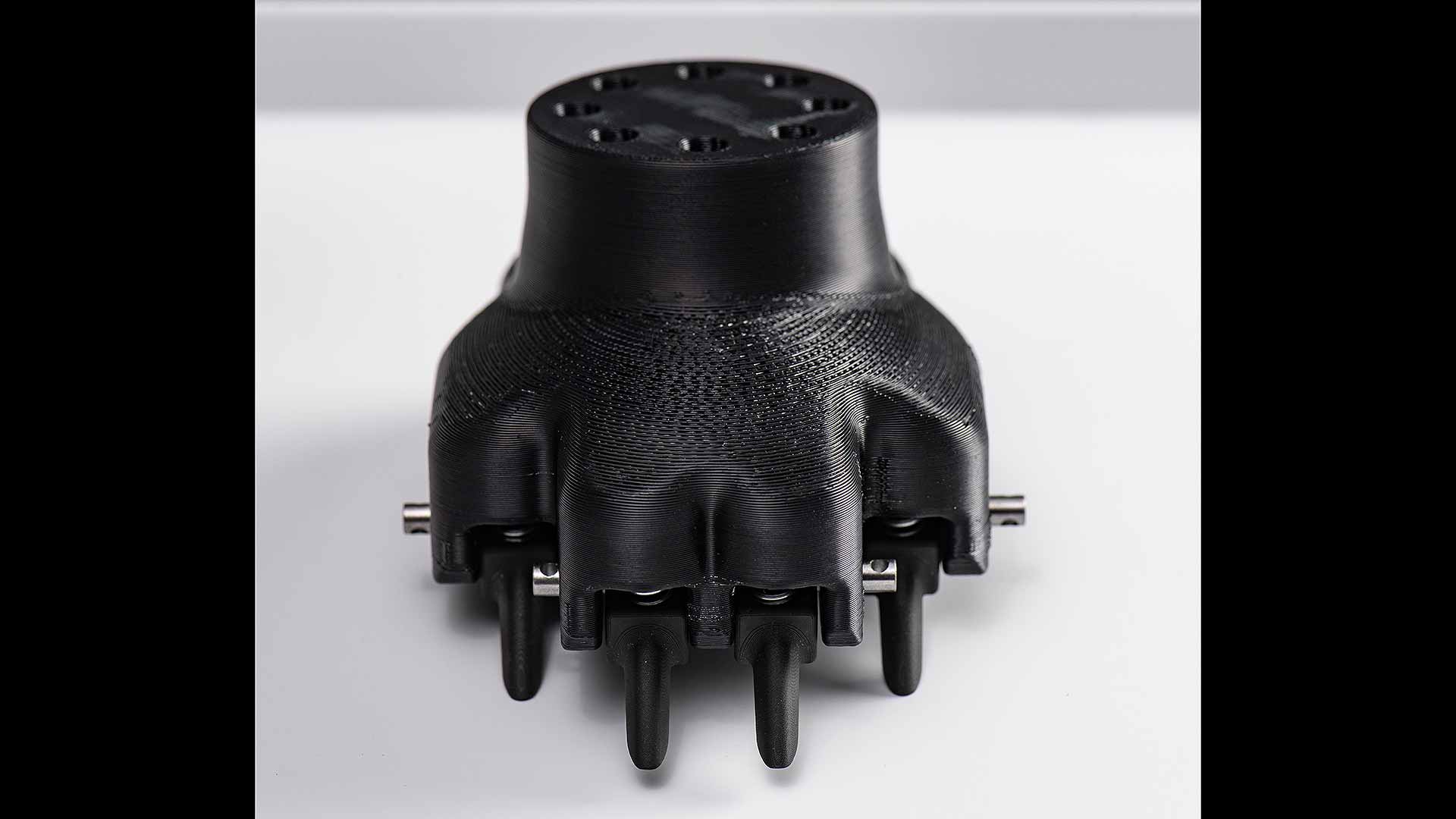 Dog owners, rejoice: Jaguar Land Rover has developed a new piece of technology so its engineers can make its cars more durable and dog-proof.

A 3D-printed dog paw has been created, to replicate in the test lab a dog’s claws scratching the bumper and paint before and after walks.

Thanks to the robotic dog paw test, Land Rover is able to confirm the new Defender is able to resist more than a decade of use by dogs. 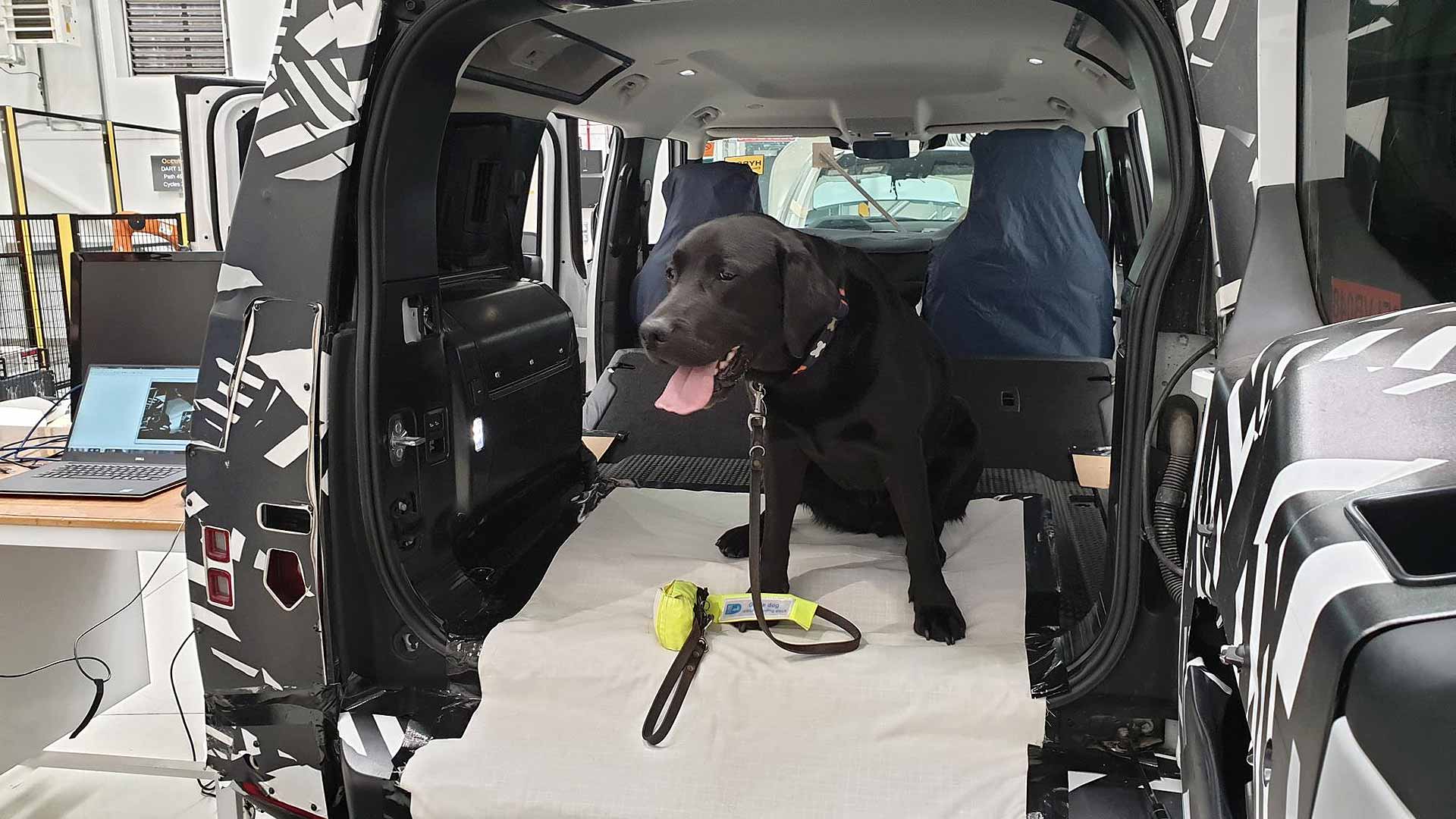 Yogi the Labrador, from the National Guide Dog Breeding Centre, was test dog for the project. Their paw was modelled and a 3D-printed, spring-loaded replica was created.

The engineers called this RoboYogi.

Cleverly, the use of springs meant the robo-claws can follow car design contours and evenly apply pressure across the bumper. Just like a real dog.

Yogi was then tasked with jumping in and out of the new Defender’s boot; engineers recorded their steps with pressure-mapping technology.

This data was used to correlate Yogi’s 3D-printed paw to their real one. 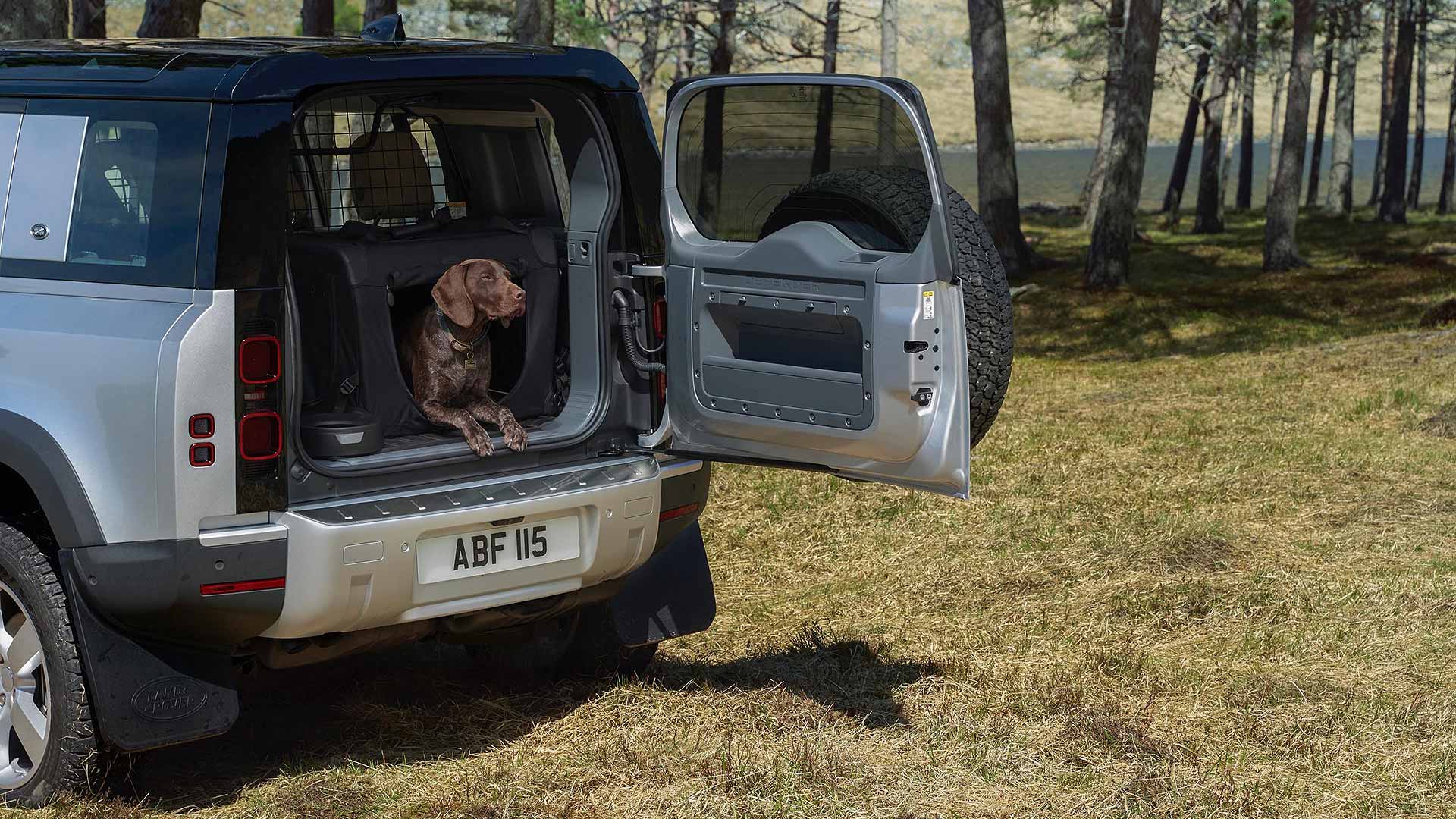 “Creating globally renowned vehicles means applying a quality mindset at every stage of a product’s lifecycle to ensure we meet the needs of our customers’ lifestyles. In this case we were able to achieve it by getting a dog, printing a paw and using a robot.”

The paw was produced by the JLR Additive Manufacturing Centre, which now produces more than 80,000 parts a year, largely for prototyping and design mock-ups.

The division does actually also produce 3D-printed parts for production cars, with the extreme Jaguar XE SV Project 8 among the first to use parts from the centre. 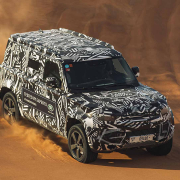 The hotly-anticipated all-new 2020 Land Rover Defender will be revealed TODAY at the Frankfurt Motor Show… and you can watch it uncovered here LIVE.

Stay tuned from 8.50 am for a first look at the car people have been waiting years to see… and then come back to Motoring Research later this morning for our first take on the all-new Land Rover Defender.