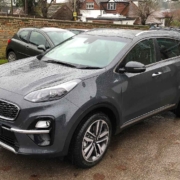 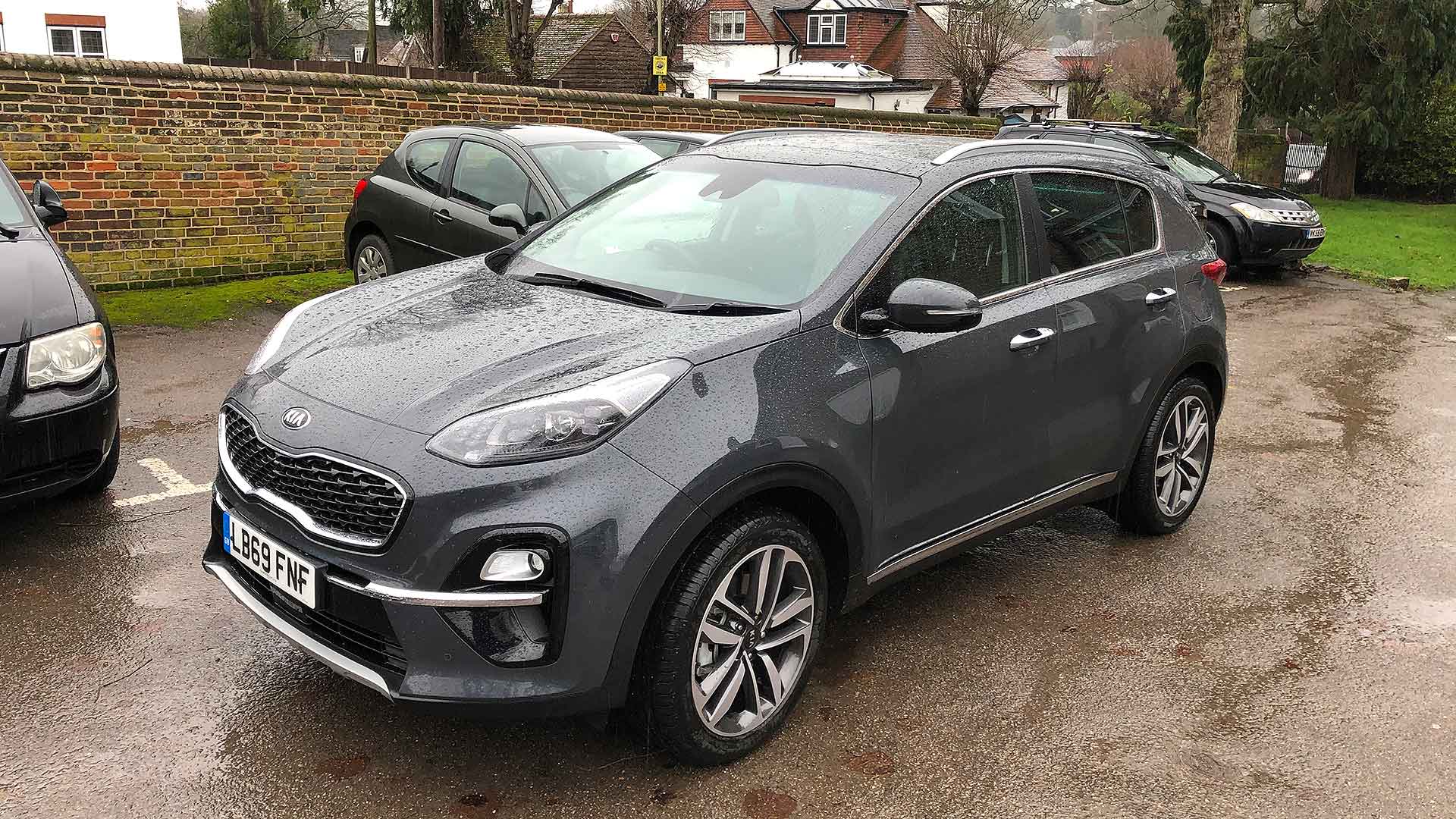 The Kia Sportage is a UK top-10 best-seller: we’re spending six months with one to find out why it’s so popular…

Living with a Kia Sportage: month 1

Winter is tough on cars. When the Sportage arrived, it was a little grubby, so I cleaned it that very weekend. Within two weekday sessions of commuting, it was filthy again. The licence plate in particular seems to get dirty quickly, perhaps due to some mysterious effect of aerodynamics. 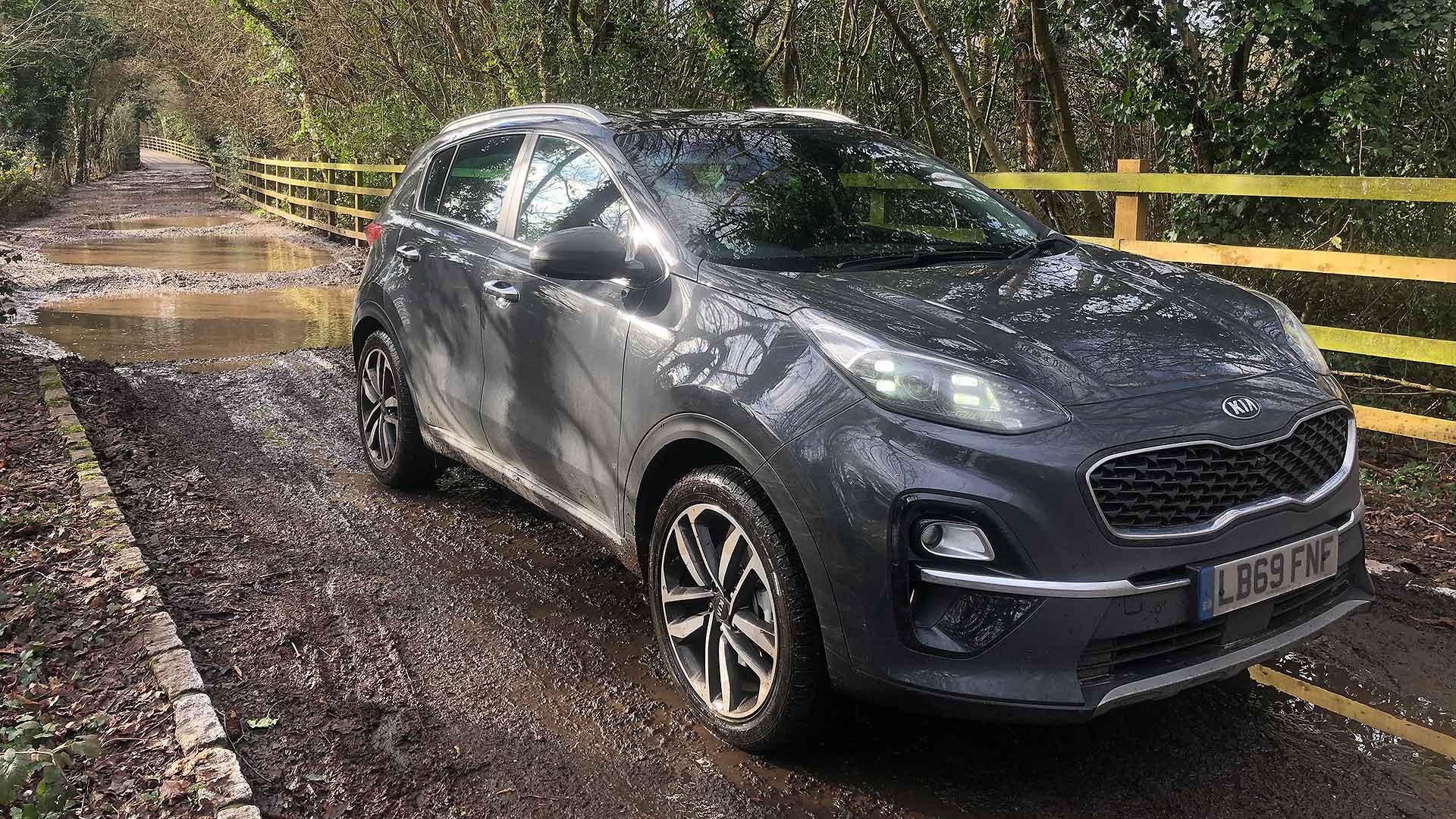 Because the reverse camera is mounted above the licence plate, this too quickly gets grimey, so you can’t seem much when you’re reversing. Luckily it has bleepers as well as the video feed. Even so, maybe Kia should investigate Nissan’s clever tech, which uses a high-pressure jet of air to keep rear-view cameras clean and dry.

I haven’t been doing much in the Sportage other than commuting. That at least has given me chance to see how fuel-efficient modern diesels can be. In this case, it’s commendable. My best is 58 mpg, and over 55 mpg is easily achieved. 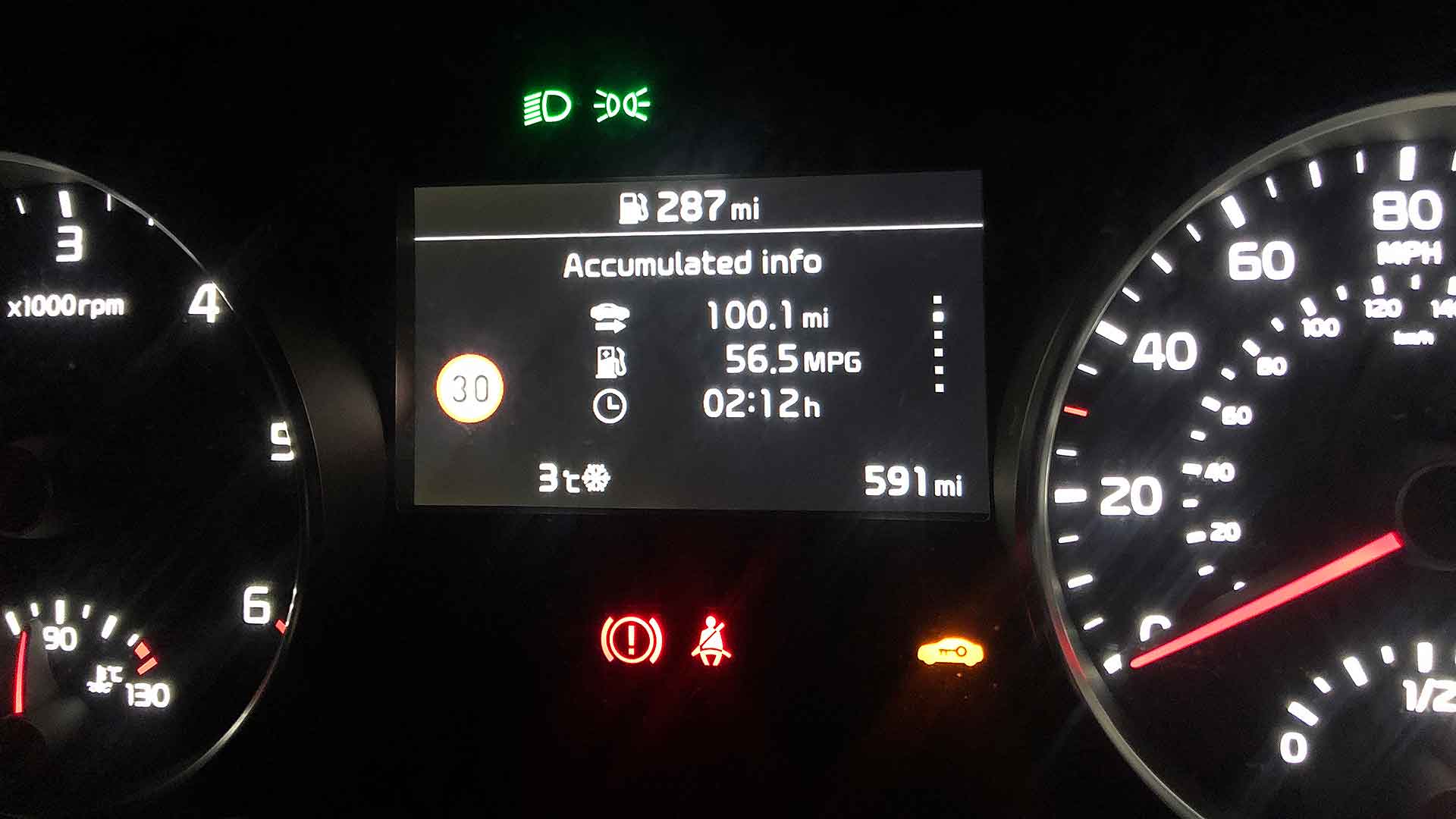 I committed the cardinal sin of dashing to the supermarket the other day, which is barely a mile away (my excuse: I was picking up loads of heavy items I’d have no chance of carrying on my own). Even this, despite running on cold, showed a short-term average of 40 mpg.

The glorious byproduct of this, as any long-distance commuter knows, is fewer visits to the filling station, because the range on each tankful is so healthy. I see well over 500 miles each time I fill up: as I hate filling up (roll on electric cars), this is a huge win in my book. 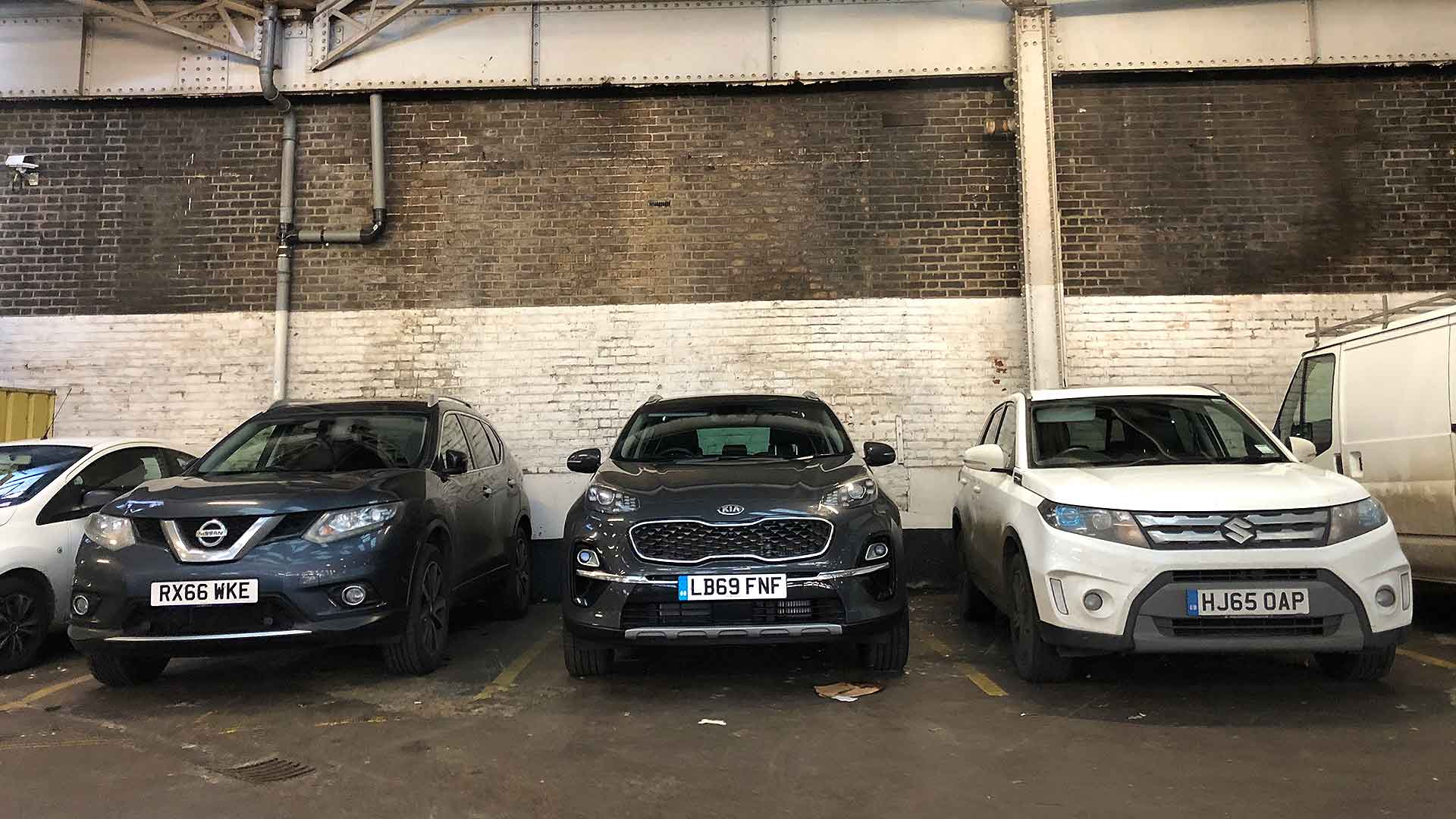 I now look forward to the winter weather easing, so I can see exactly how fuel-efficient the updated Sportage diesel is. Reckon a 60 mpg commute is possible? If it means being able to escape the filling station for another day, I’m certainly eager to give it a go…

The Kia Sportage is an extremely popular new car in the UK. A regular top 10 best-seller, it is our third-favourite SUV of all – outselling models such as the Volkswagen Tiguan, Honda CR-V and Peugeot 3008.

Last year, over 34,000 of them found homes, continuing its track record of success. So we’ve decided to run one as a daily driver, to see why so many tens of thousands of people buy a new one each year.

Now is an interesting time to do so, because of the spec we’ve chosen. We’ve gone for… diesel, which until just a few years ago, was the default choice for vehicles such as this. But then dieselgate happened and, well, you know the rest. 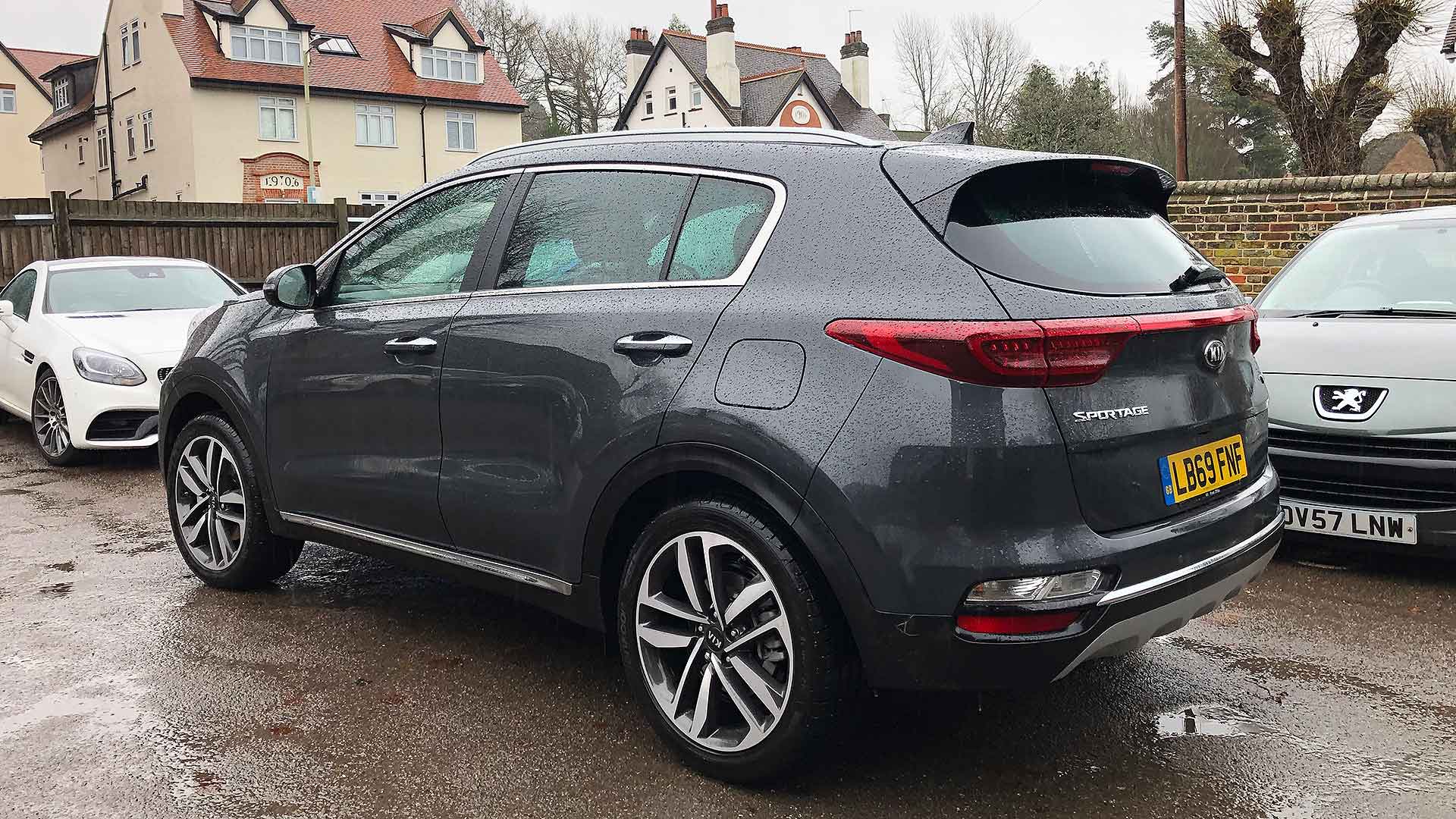 But diesel still makes sense for vehicles like this chunky-looking family SUV. Sure, we could have gone for the 1.6-litre turbo petrol; we’d have 174hp to enjoy, and an £800 saving on the list price to boot.

That latter point is particularly relevant given how the UK new car fleet’s average CO2 emissions have been going the wrong way for three years now. Which coincides with, yes, the drive away from diesel.

With the latest Euro 6 diesels clean enough to be exempt from any current or planned clean air zone restrictions (they’re clean enough for the London ULEZ, for example), there’s no sound reason not to choose diesel, and plenty going for it. So diesel it is.

Do you think we’ve made a mistake? Discuss in the comments below… 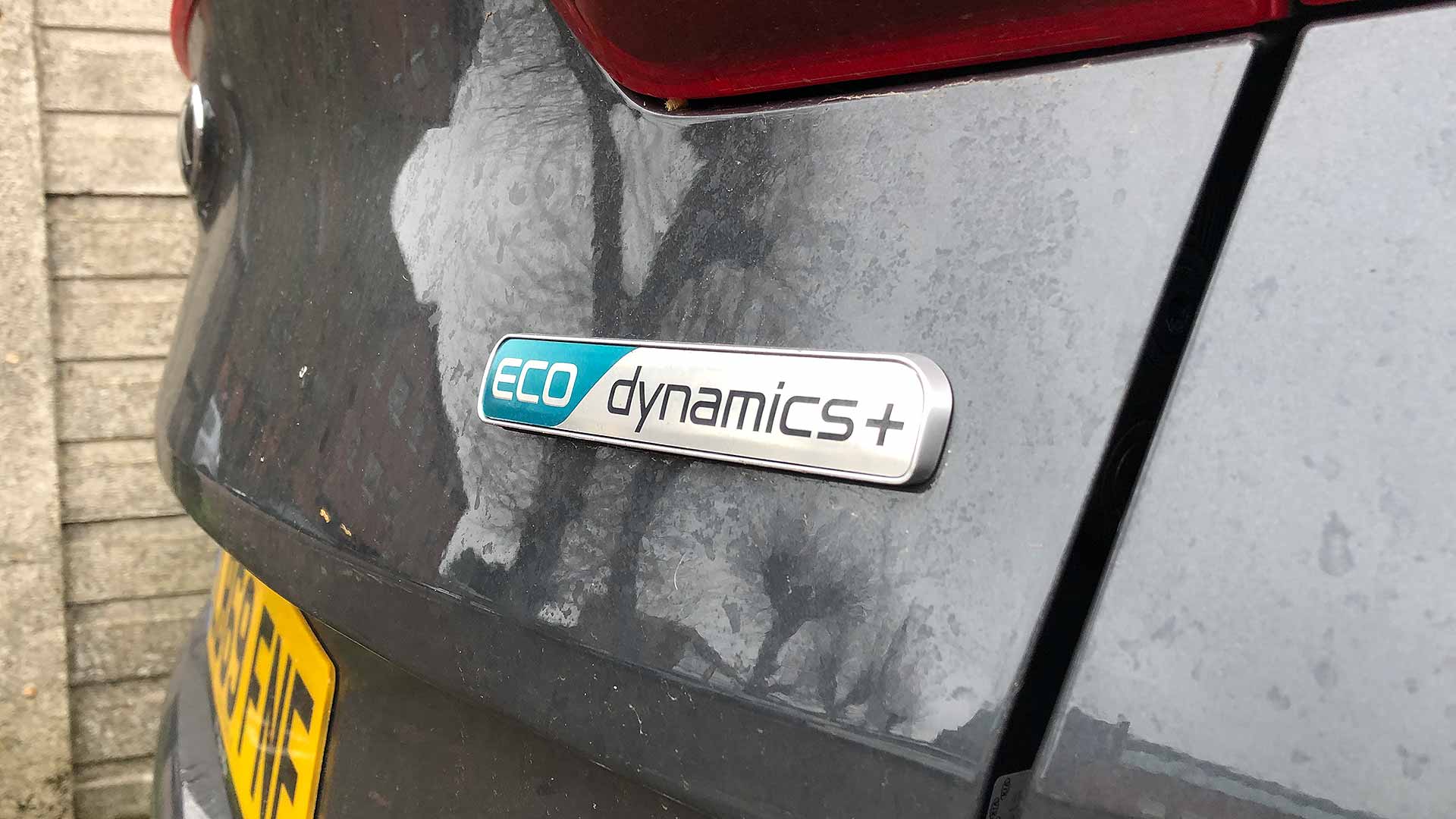 Kia hasn’t stood still. This latest Sportage (it was facelifted in 2018) uses a new 1.6-litre CRDi U3 diesel engine, rather than the clattery old 1.7-litre. It has NOx-reducing SCR tech, plus the surprise added extra of 48v mild hybrid technology (depicted by the ‘EcoDynamics+’ badge on the tailgate).

This comprises a 0.44 kWh lithium ion battery and a clever starter-generator. The idea is to extend the stop-start engine-off period – shutting the engine down when, say, you’re rolling to a halt, instead of waiting until you’ve stopped.

Kia reckons it will reduce emissions by 4 percent, a small but useful real-world saving. It also means there’s no annoying starter motor whirr when the engine restarts: it simply ‘comes alive’.

For an added bonus, electricity from the lithium ion battery can also be used to ‘boost’ the engine under acceleration, reducing the load and further cutting emissions. Such mild hybrid tech will be coming to growing numbers of cars during 2020 and I’m looking forward to seeing how it fares in everyday use. 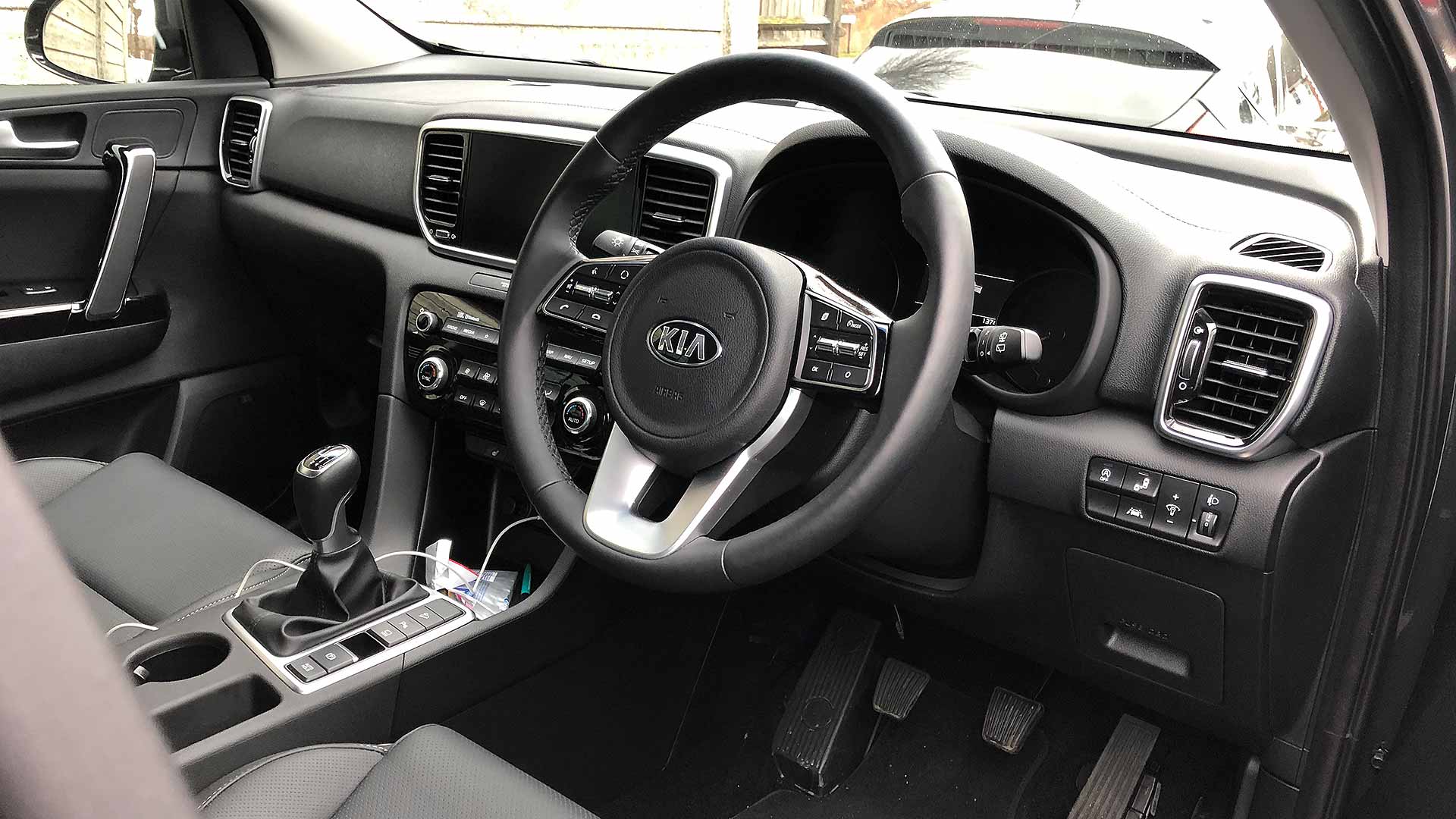 Other niceties of picking the ‘4’ grade (the poshest non-sport trim you can get) is a marvellous amount of standard equipment. Standouts include the ultra-bright LED headlights, heated soft leather seats, and an excellent JBL premium audio system which has its own subwoofer and external amp.

We recently commented it felt like ages since we’d spent quality time in a diesel. Such is the way of the new car market at the moment. But I do believe it still has its place, particularly for the sort of long-distance, high-mileage driving I do. 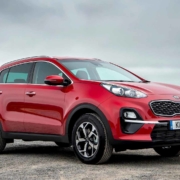 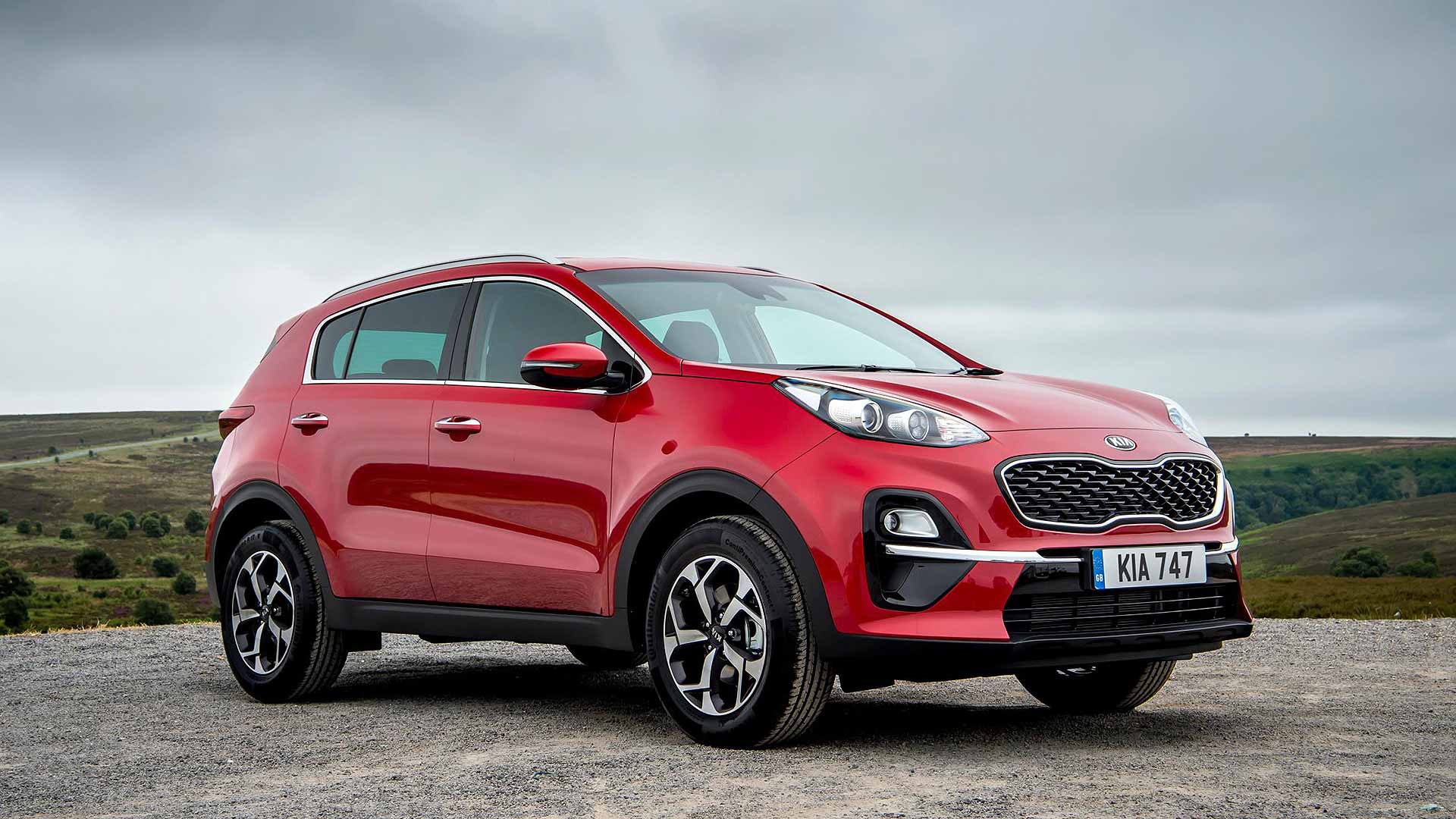 Kia is celebrating another year of growing sales in the UK, with its best-selling Sportage once again appearing in the top 10 new car registrations chart.

To keep up momentum in the winter months, the firm has launched a special offer package on the Sportage and new XCeed crossover ranges – called, ‘2020 Event’.

The new car offer combines two free services and two years’ roadside assistance with 0 percent PCP finance, on all orders made before 29 February.

A 20 percent deposit is required. 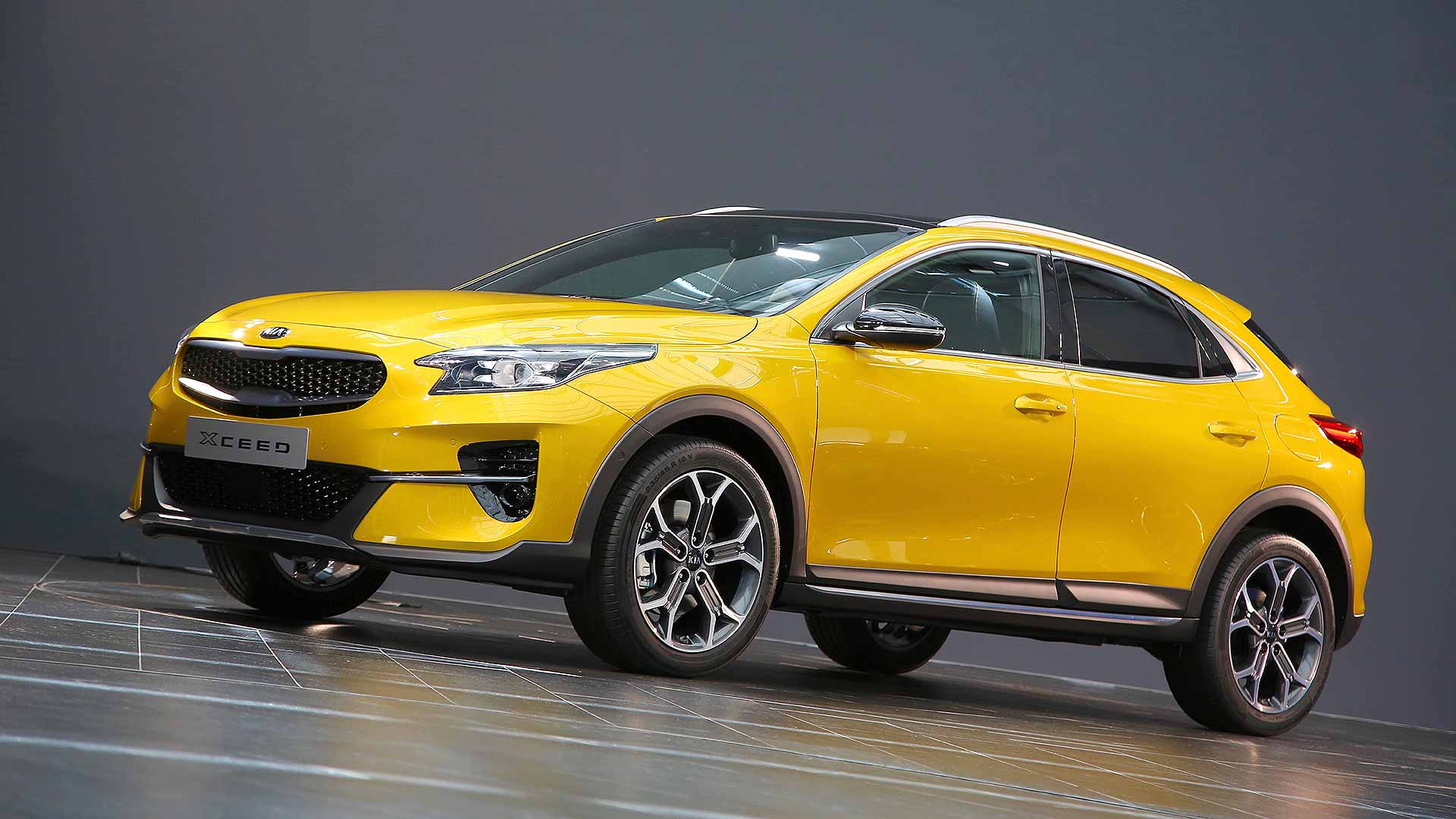 Kia says this means the XCeed can be bought on finance from £199 a month, while the Sportage costs from £229 a month (see below).

What’s more, both are for range-topping models: a Sportage 1.6 T-GDI GT-Line S and an XCeed 1.4 T-GDI First Edition. Fitted as standard to each is a haul of equipment including JBL premium audio, panoramic roof, wireless smartphone charging and a power tailgate. 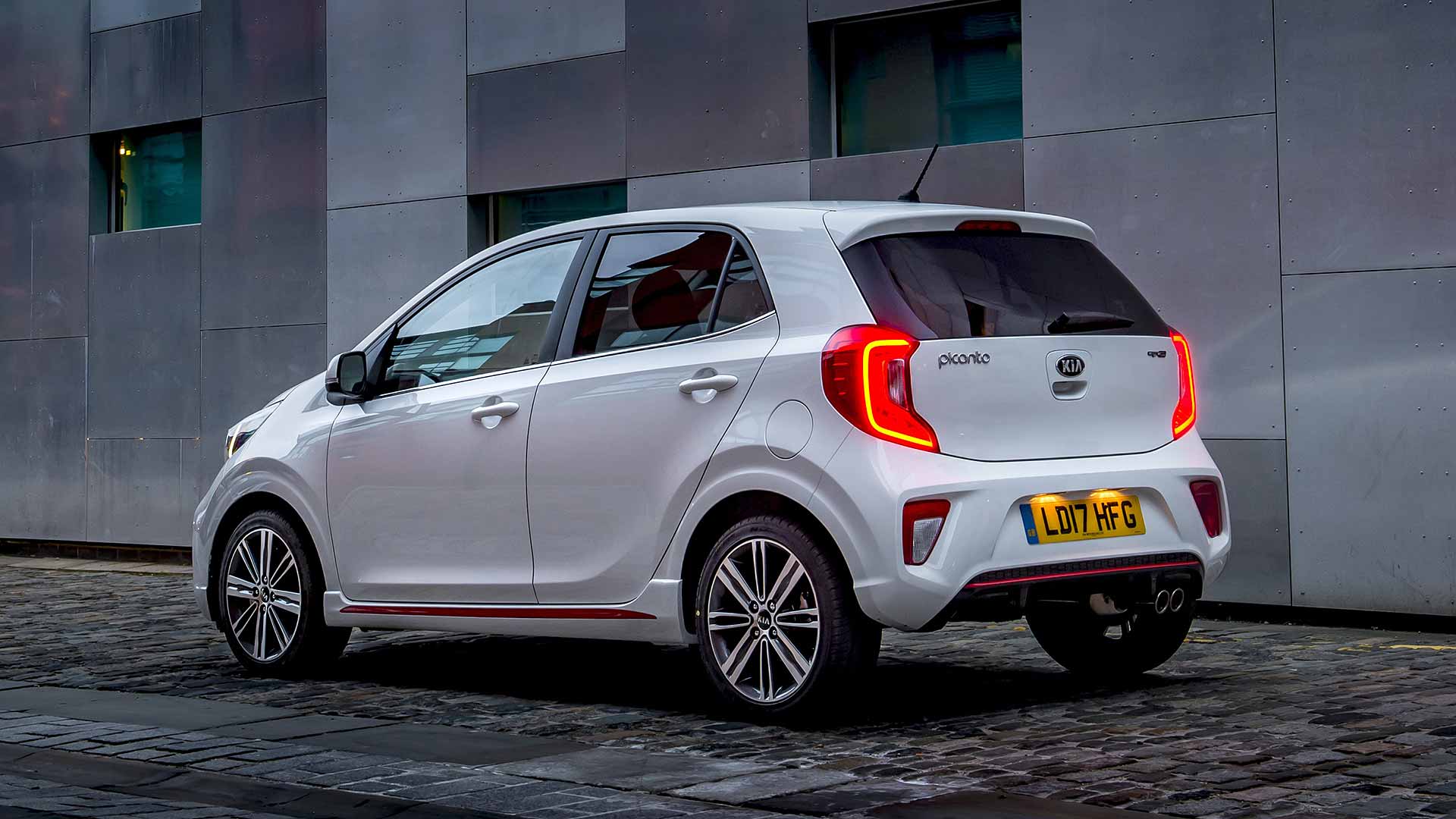 Kia’s also enhancing its new car scrappage package for 2020. Buyers can now save up to £2,500 on a new Picanto, Rio, Stonic, Niro or Sportage, provided they agree to scrap a vehicle more than seven years old.

They must have owned the car to be scrapped for more than three months.

The firm is also keen to help switch owners of the now-discontinued Kia Venga, Soul and Carens into a new model.

If they trade their old motor for a new Kia, they’ll get an extra £500 – and that’s on top of any existing retail offer.

All offers apart from Event 2020 (which runs out at the end of February) run until 31 March.