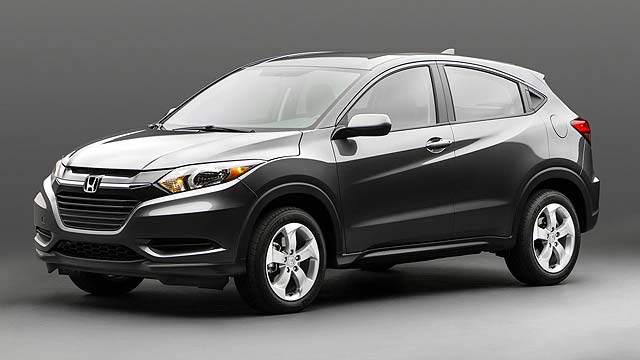 Honda has confirmed its new Nissan Juke-rivaling supermini-crossover will revive the HR-V name and launch in the US this winter. END_OF_DOCUMENT_TOKEN_TO_BE_REPLACED 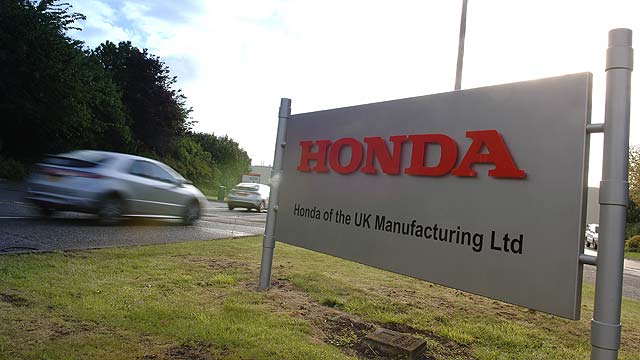 Honda is cutting back its vehicle production operations in the UK and will move from a three-shift to a two-shift working pattern.

END_OF_DOCUMENT_TOKEN_TO_BE_REPLACED 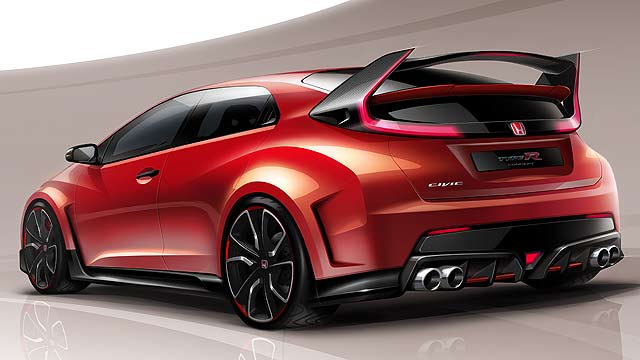 Honda will reveal a world-first look at its all-new Civic Type R hot hatch at the Geneva Motor Show next month.

END_OF_DOCUMENT_TOKEN_TO_BE_REPLACED 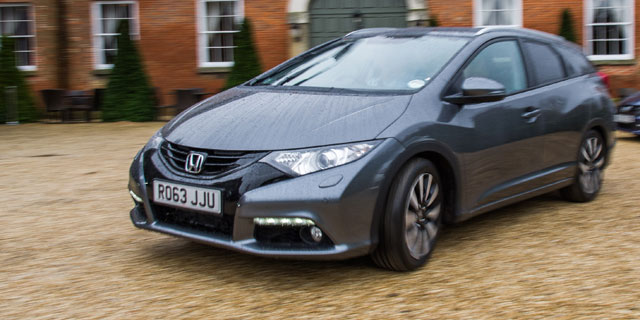 “This is such a pretty car” said the man from Honda about his new Civic Tourer.

END_OF_DOCUMENT_TOKEN_TO_BE_REPLACED 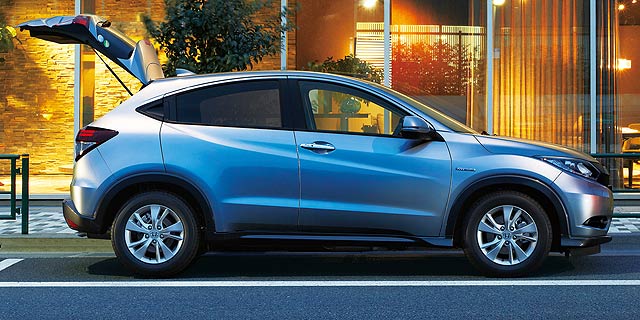 Honda has launched its new Vezel mini crossover in Japan – and has confirmed European sales will begin in 2015.

END_OF_DOCUMENT_TOKEN_TO_BE_REPLACED 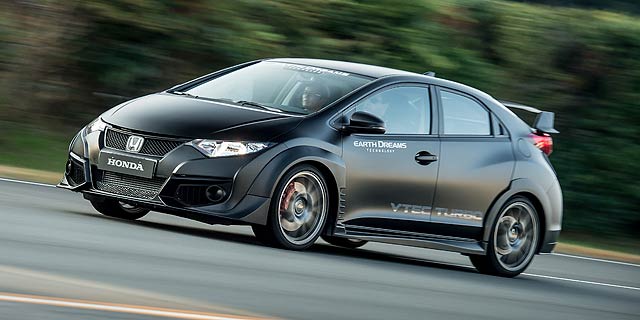 This is not your ordinary first drive review. Honda has flown us to its Tochigi research and design facility in Japan to get an early taste of the next Civic Type R.

‘Early’ and ‘taste’ are the operative words here, as the long-awaited new version of Honda’s hot hatch still isn’t due to go on sale until 2015, and our time behind the wheel was limited to just two laps of a high speed oval test track. Which is to say, one that doesn’t really have any challenging corners.

However, this unusually premature access still means something because the Civic Type R is an utterly vital car for Honda – not so much in terms of direct sales, but as one of those fabled halo products, a model that sets the tone for the entire range. Or in this case, resets it, for since the last Type R was discontinued, it seems like Honda has become increasingly marginalised as the result of a portfolio that’s in many respects very worthy, but also rather dull.

There is a convoluted series of reasons for Honda’s apparent withdrawal – including the global recession and even natural disaster. The Type R signifies the company’s coming rejuvenation: in 2015 Honda will also launch a new Jazz supermini and NSX supercar into Europe, while re-entering Formula One as engine supplier to McLaren.

Honda desperately wants to be seen as a performance brand again. 280hp in a family hatchback ought to help. 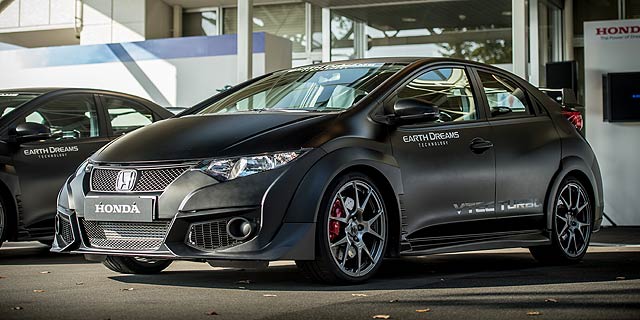 What is the 2013 Honda Civic Type R Prototype like to drive?

280hp – instantly we know something we didn’t before setting off to Japan. While Honda revealed some time ago that the Type R would feature a turbocharged 2.0-litre petrol for the first time, up until now exactly how powerful that turbo engine would be has remained a closely guarded mystery.

280hp makes for one rampant Civic – we’d estimate 0-62mph in around six seconds, and that’s with only the front wheels transferring the torque to the tarmac (its most potent rivals are driven by all four). Honda isn’t saying how much torque there is, but mid-range response is snarling urgent and there’s more than enough to tweak the steering wheel in the corners.

Though it doesn’t scream as high as Type Rs past, Honda has retained that trademark VTEC snap towards the 7,000rpm red line, a sequence of coloured shift lights coming quick – green, yellow, red – in an occasionally futile effort to keep you off the rev limiter. No excuses, just indulgence, given the sweet, sweet six-speed manual gearbox, which snicks from cog to cog with a quite literal flick of the wrist.

Even with the torque nibbling at your chosen trajectory – all part of the fun in a furious front-driver – the Type R feels far more precise and determined than wild and unruly. With still another 18 months before it hits showrooms, you’d anticipate some teething troubles, yet the steering seems convincingly weighted, the chassis slack-free, and there’s little sign of excess bodyroll in the corners.

Only issue of note during our brief stint was the wince-inducing exhaust resonance when slowing right down. This is unlikely to be an issue in production. 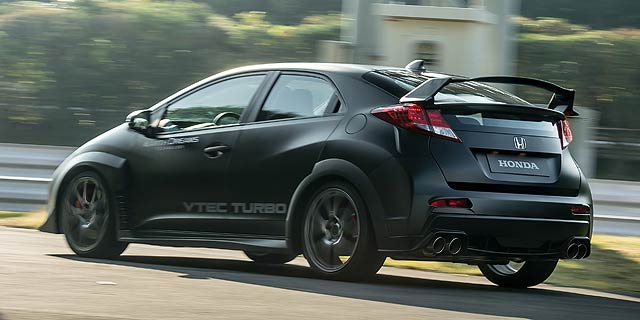 Under the circumstances, it’s impossible to pass any kind of final judgement on the Civic Type R’s handling and ride stiffness, except to say everything already feels like it’s coming together. And so it should, given Honda has also already been testing on the Nürburgring.

Usually, this would be a throwaway remark – Germany’s famous 13-mile circuit is basic training for most modern performance cars. But in 2012, when Honda’s president Takanobu Ito confirmed the Type R’s return, he also announced it would break the front-wheel drive Nürburgring lap record. This means firing it round (and up, and down) in less than the 8 minutes 8 seconds taken by the Renault Megane 265 with its sublime Renaultsport chassis.

Honda seems confident it can give Renault a pasting. So much so it’s now targeting the 8-minute barrier – which makes you wonder what the Civic will be like as a regular road car. Gladly, below the instrument cluster is an R button, which increases the engine response, alters the steering weight and stiffens the suspension in preparation for track work.

Yes, in addition to sticky tyres, 19-inch alloy wheels, an aggressive aero-optimised bodykit and big rear spoiler, Brembo brakes and that ferocious engine, this Type R also has variable damping for the first time. Volkswagen is the benchmark for normal driving behaviour, suggesting this Civic will be a civilised animal – if an animal all the same.

The very fact that Honda has granted us such early access to the new Civic Type R tells you how seriously it is taking this project – after years out in the hot hatch wilderness, Honda is coming back not so much with a bang as an enormous whoosh. The firm’s intense obsession with engineering details seems certain to deliver yet another engine that stands up against the very best.

So long as it doesn’t get bogged down in the minutae of beating that Nürburgring record, and remembers that the best hot hatches aren’t always the fastest but the most fun to drive, Honda’s is one halo that doesn’t look like it’s going to slip. 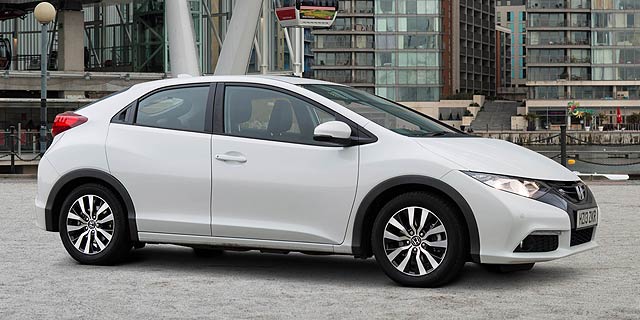 I’m doing something today that I wish more car manufacturers did, but which I can understand why most don’t.

END_OF_DOCUMENT_TOKEN_TO_BE_REPLACED 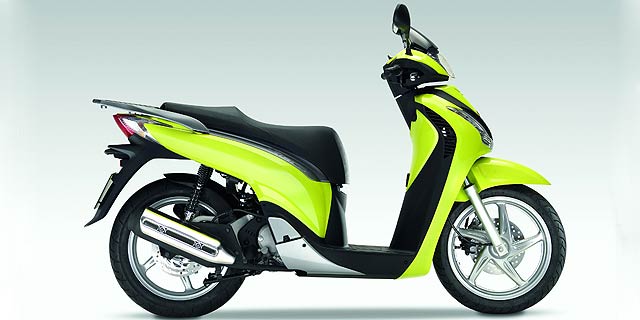 Honda has launched a series of offers to boost sales of its motorcycle range – with monthly rates starting from £82.15.

END_OF_DOCUMENT_TOKEN_TO_BE_REPLACED 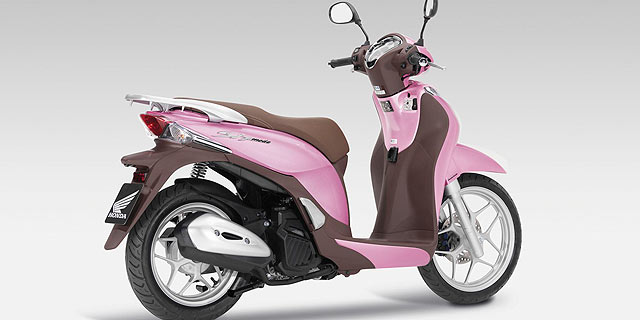 Honda has introduced a striking new version of its SH scooter – the SH Mode 125… available in PINK!