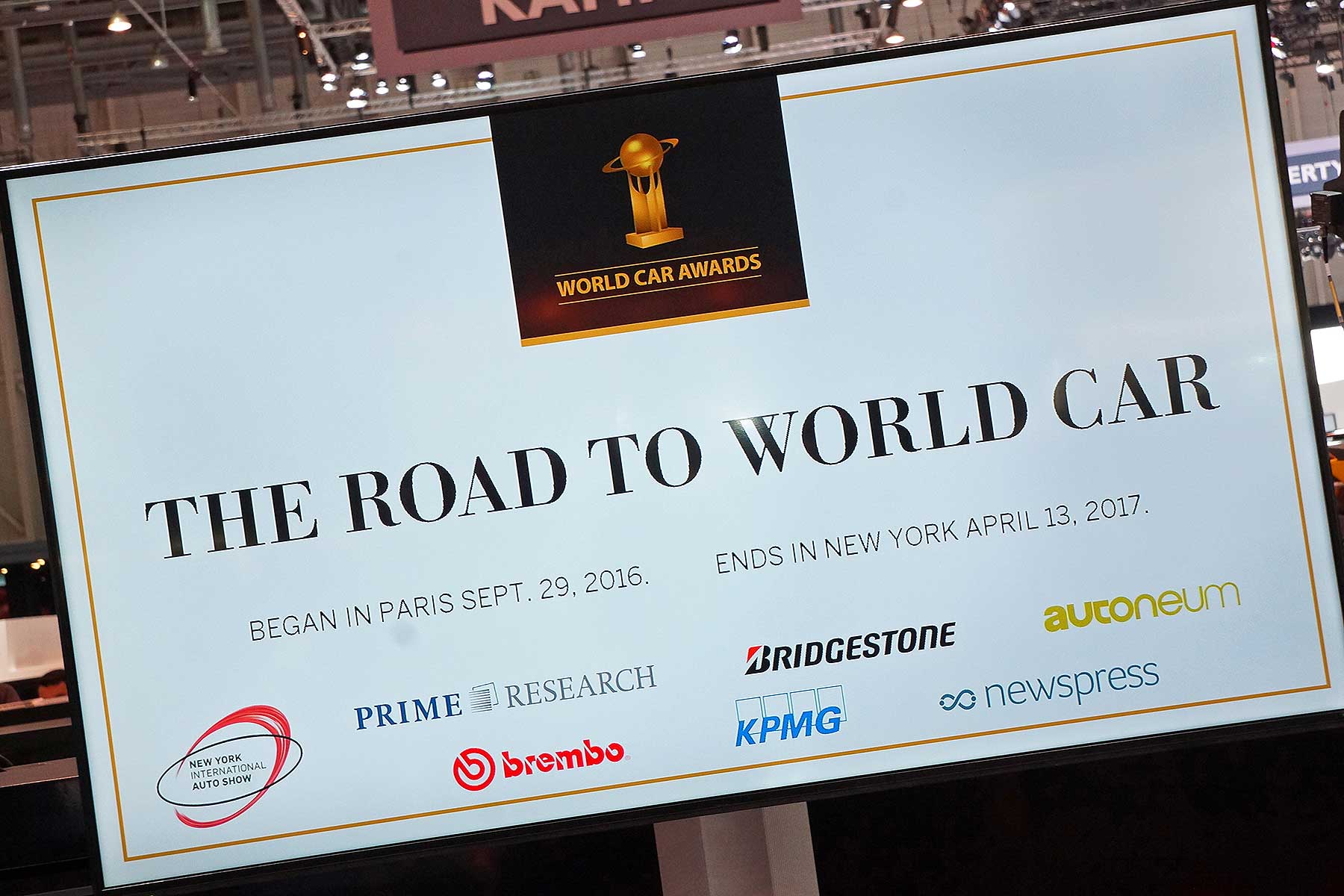 The World Car Awards 2017 judges have revealed the top three finalists for the prestigious World Car of the Year prize – and this year, it’s an all-SUV trio of the Audi Q5, Jaguar F-Pace and Volkswagen Tiguan.

Reflecting car buyers’ ever-growing love of SUVs, the talented trio have been shortlisted by an international jury of 75 top automotive journalists, including Motoring Research’s Richard Aucock, from 23 countries around the world. The overall winner will be announced at the New York International Auto Show next month.

Audi and Volkswagen have both won the overall World Car of the Year award previously, but Jaguar has not – and it’s a double bonus for the British premium manufacturer as the F-Pace has also been shortlisted in the World Design of the Year category, alongside the Mercedes-Benz S-Class Cabriolet and Toyota C-HR.

Jaguar is the only manufacturer to have a car in the running for two WCOTY prizes.

Audi’s R8 Spyder is in the running for the 2017 World Performance Car award. It’s competing with the McLaren 570S and Porsche 718 Boxster and Cayman. The well-established World Luxury Car award, meanwhile, is between the BMW 5 Series, Mercedes-Benz E-Class and Volvo S90 / V90.

The World Green Car finalists for 2017 are the Chevrolet Bolt EV family car, the Tesla Model X electric SUV and the Toyota Prius Prime plug-in hybrid. A new award for 2017 is the World Urban Car, which aims to pick out smart thinking in the city car category. The BMW i3 84Ah, Citroen C3 and Suzuki Ignis are shortlisted there.

Car manufacturers will be crossing their fingers, as winning a World Car Awards prize is a big deal. For the fourth consecutive year, the scheme has been confirmed as the world’s number one automotive awards in terms of media reach.

2017 World Car Awards: the Top Three in the World 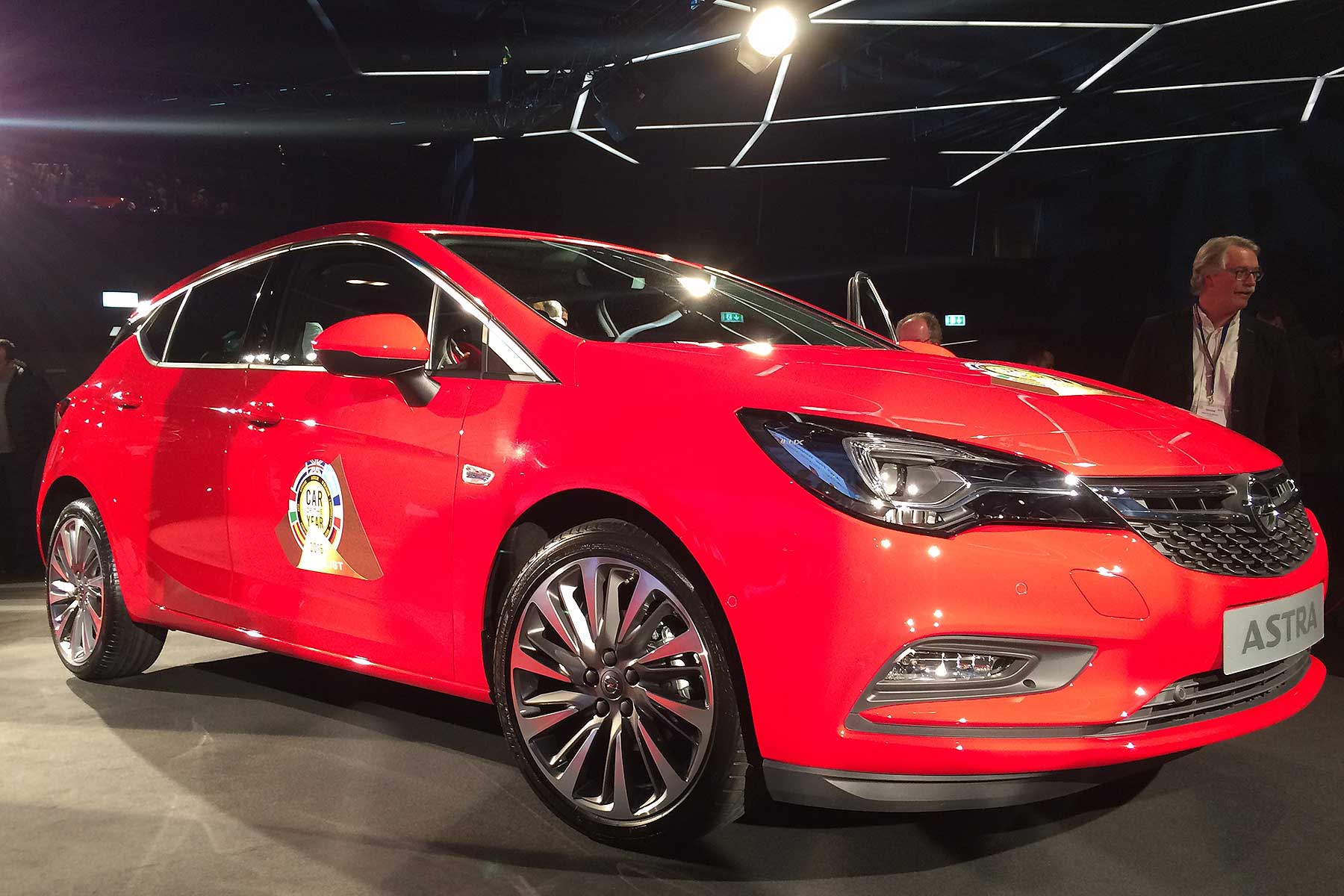 The Vauxhall Astra has won the 2016 European Car of the Year prize, in a closely-fought battle with the Volvo XC90.

Mazda’s MX-5 was third, following strong scoring from British COTY judges that helped it pip the Audi A4.

Revealed on the eve of the 2016 Geneva Motor Show, the Car of the Year Awards were presented in an exciting Eurovision-style presentation, where all nations’ points were revealed and totted up.

It soon became clear the two front-runners were the Vauxhall Astra and Volvo XC90.

The two were neck-and-neck before the Astra drew out a small lead – before the Swedish scores were revealed: naturally, they awarded the home brand strong scores, that narrowed the Astra’s lead once again.

In the presentation, it was down to Great Britain to cast the vote – and thanks to the UK awarding strong scores to the Mazda MX-5, but still scoring the Brit-built Astra reasonably highly, Vauxhall emerged ahead as the 2016 Car of the Year winner.

Of course, the scores were all cast at the same time and so it wasn’t really down to one nation to make the call: even so, the Astra’s overall points score of 309 saw it take an unquestionable victory ahead of the Volvo XC90 on 294 points and the Mazda MX-5 on 204 points.

The Astra beat a long list of 35 Car of the Year Contenders, of which a shortlist of seven did battle for the overall trophy (which itself was new for 2016).

Judged by 58 jurors, Car of the Year prides itself on its transparency – all scores by each juror are available on the organisation’s website, for example.

The victory was also a genuine surprise to Vauxhall in the UK: the first they heard of the result was when Motoring Research’s Andrew Brady showed them Richard Aucock’s tweet from the Geneva show hall… 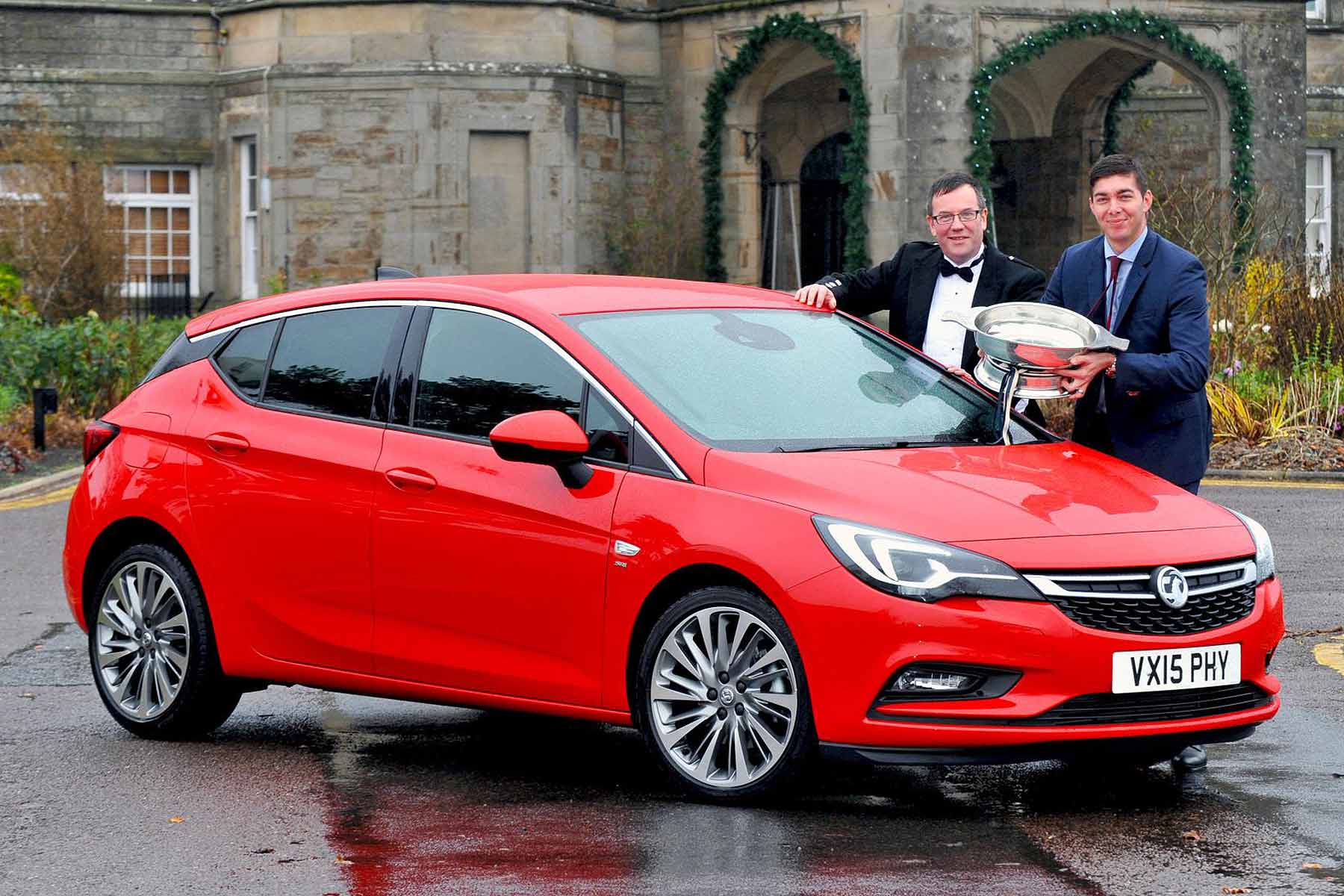 The new Vauxhall Astra has been awarded Scottish Car of the Year 2015 by the Association of Scottish Motoring Writers in a big night for the British car brand.

6 ways the new Vauxhall Astra could beat the Ford Focus

Vauxhall: we do NOT cheat emissions tests

Alisdair Suttie, President of the Association of Scottish Motoring Writers, said: “2015 has been an amazing year for new cars and made the judges’ decisions harder than ever, so it is all credit to Vauxhall that its new Astra has won out.

“The Astra sets new standards with the way it drives, its efficiency and the quality of its construction and materials. Not only is it a pleasure to drive, it’s also a resounding endorsement of British workmanship.”

Leon Caruso, Vauxhall’s retail sales director, was a happy man: “Winning the overall SCOTY gives us a huge boost and our retailers in the region will be delighted with the additional success I am sure this will bring to these cars.”

Other brands were celebrating after a successful night in Scotland: Mazda won three category awards with the Mazda 2, MX-5 and CX-3 all winning category awards.

There were several more British-built cars picking up prizes in Scotland: Jaguar’s new XE was made best executive car, the Land Rover Discovery Sport was best diesel car and the Honda Civic Type R was Scotland’s favourite hot hatch of the year.

In a surprise award scoop for the venerable and soon-to-retire 4×4, the Land Rover Defender was also awarded best Used Car of the Year.

Dieselgate may have stopped Volkswagen winning any category prizes, but VW Group cars were still winners: the Audi TT was Scotland’s favourite coupe and the Skoda Super Estate was its best load-lugger. 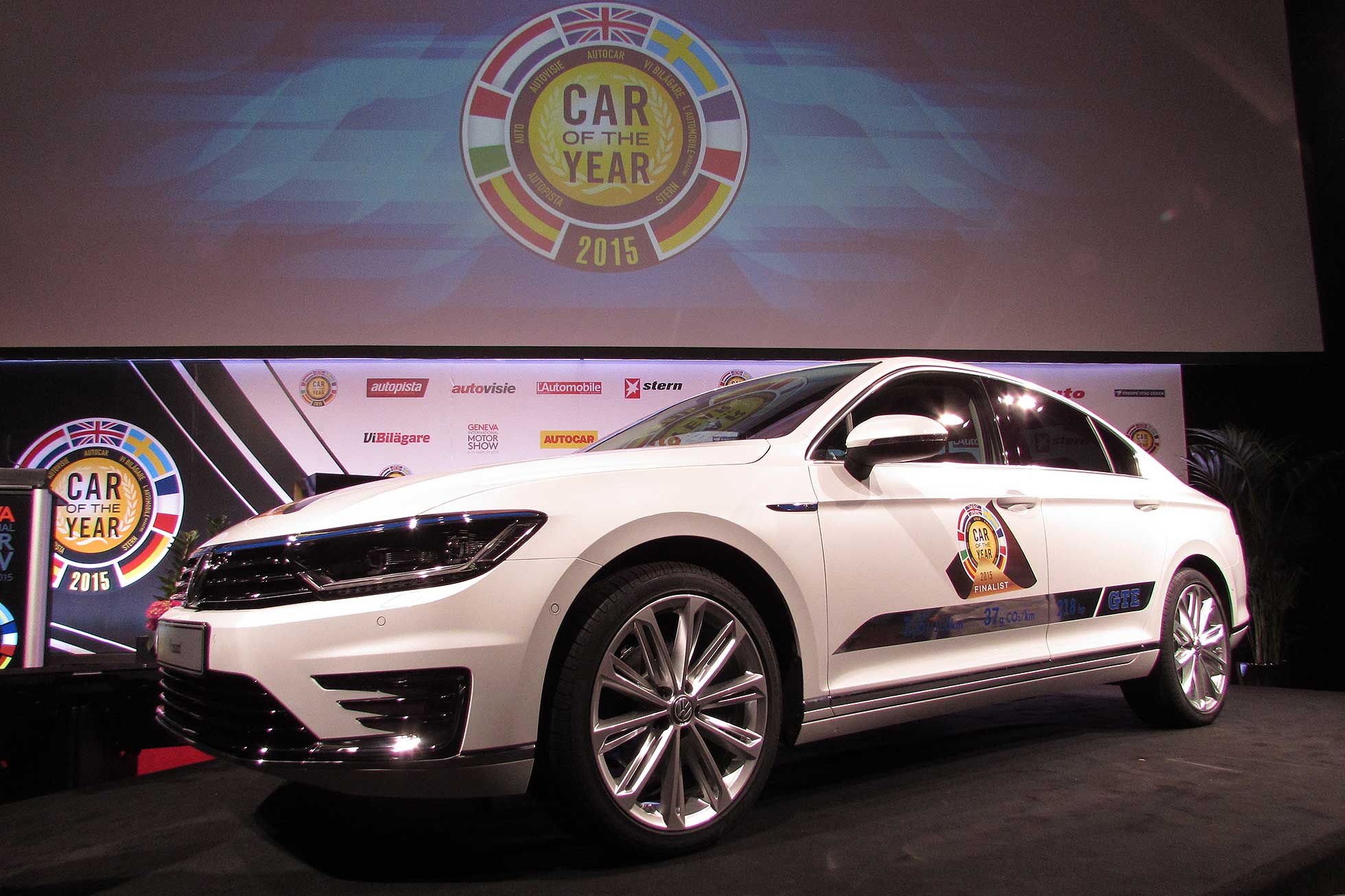 The Volkswagen Passat is the 2015 Car of the Year in a clear victory over six other COTY finalists in the running for overall honours. END_OF_DOCUMENT_TOKEN_TO_BE_REPLACED 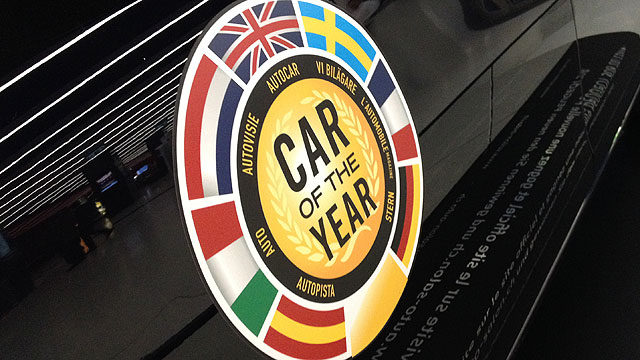 The seven finalists for the 2015 Car of the Year Award have been revealed in the latest round of judging for the European prize. END_OF_DOCUMENT_TOKEN_TO_BE_REPLACED

The provisional list for the 2015 European Car of the Year Award has been revealed – and at this stage, it’s a very long list indeed. END_OF_DOCUMENT_TOKEN_TO_BE_REPLACED 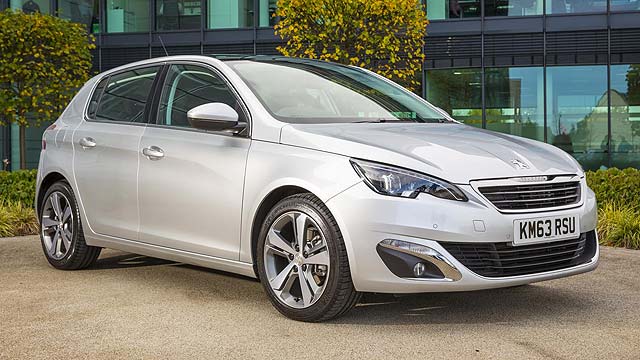 An embattled PSA has received a welcome boost from its Car of the Year-winning Peugeot 308 – strong demand means the firm is having to create jobs to meet it.

END_OF_DOCUMENT_TOKEN_TO_BE_REPLACED

A Peugeot UK executive believes winning the 2014 Car of the Year award with the 308 will help bring legitimacy back to the brand for car buyers.

END_OF_DOCUMENT_TOKEN_TO_BE_REPLACED

A Peugeot UK executive believes winning the 2014 Car of the Year award with the 308 will help bring legitimacy back to the brand for car buyers.