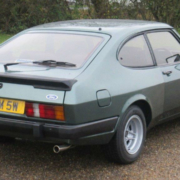 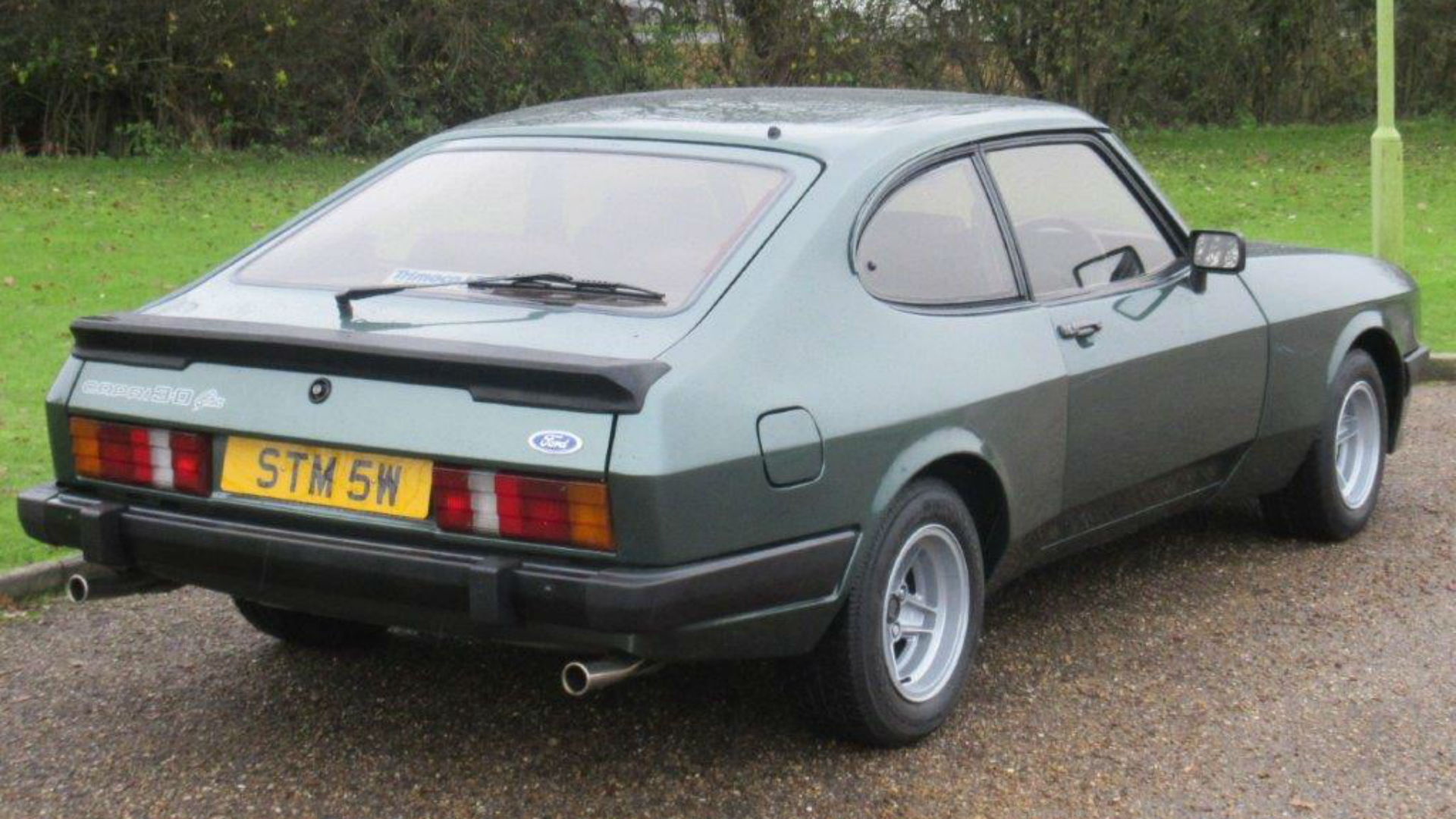 This weekend, dozens of classic cars will go under the hammer in King’s Lynn for the first Anglia Car Auctions classic sale of 2020. There are far too many lots to list here, so we’ve selected 20 cars from the 80s, presented in alphabetical order. The auction will take place on Saturday 25 January, so there’s not long to wait. 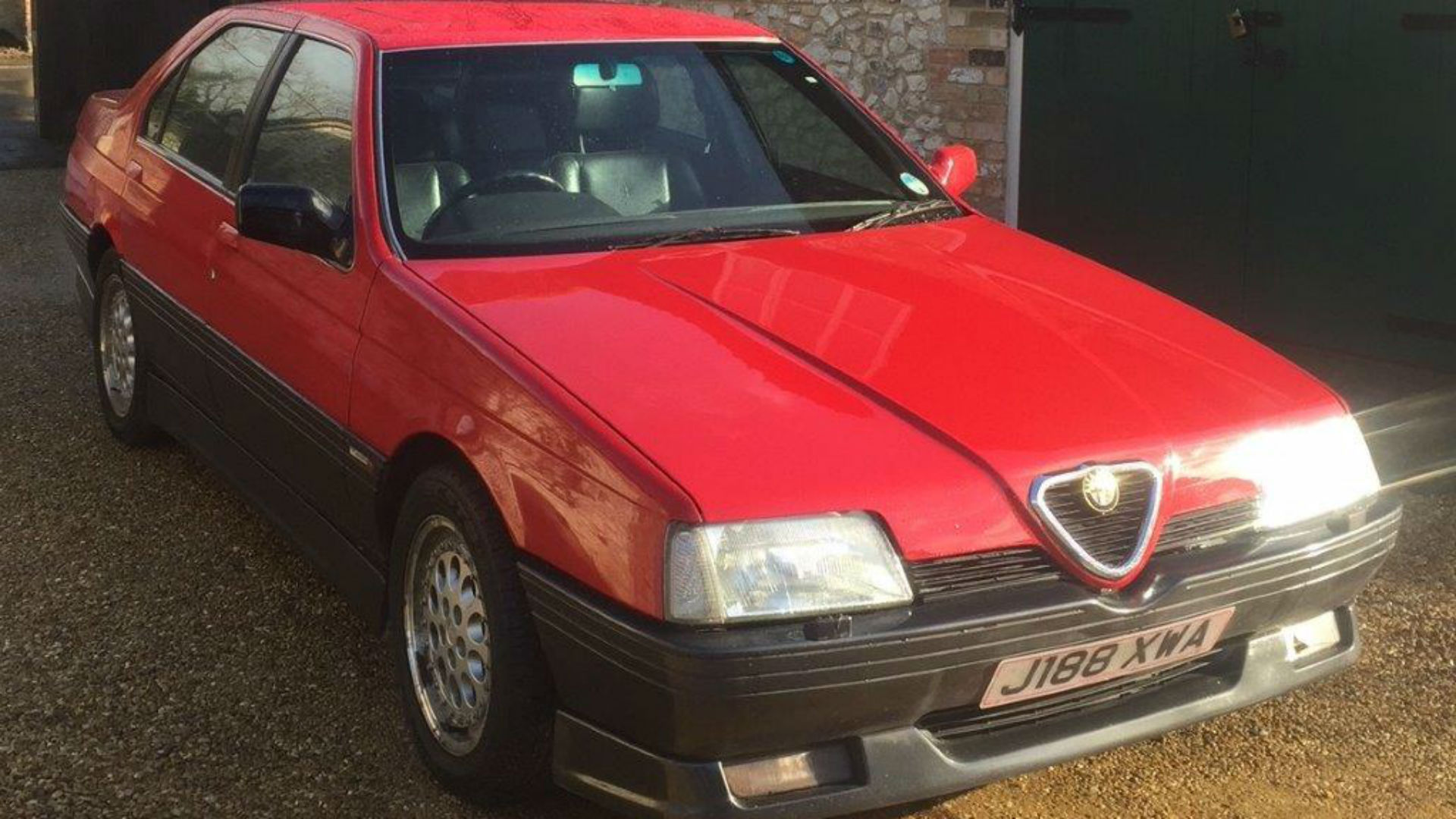 The 3.0-litre V6 in this 1991 Alfa Romeo 164 is one of the all-time great engines. It delivers the performance and soundtrack to match the glorious Pininfarina styling, although the chances of finding a good one are diminishing with every passing year. This example has been owned by the same family since it was purchased new in 1991. The estimate is £3,000 to £5,000. 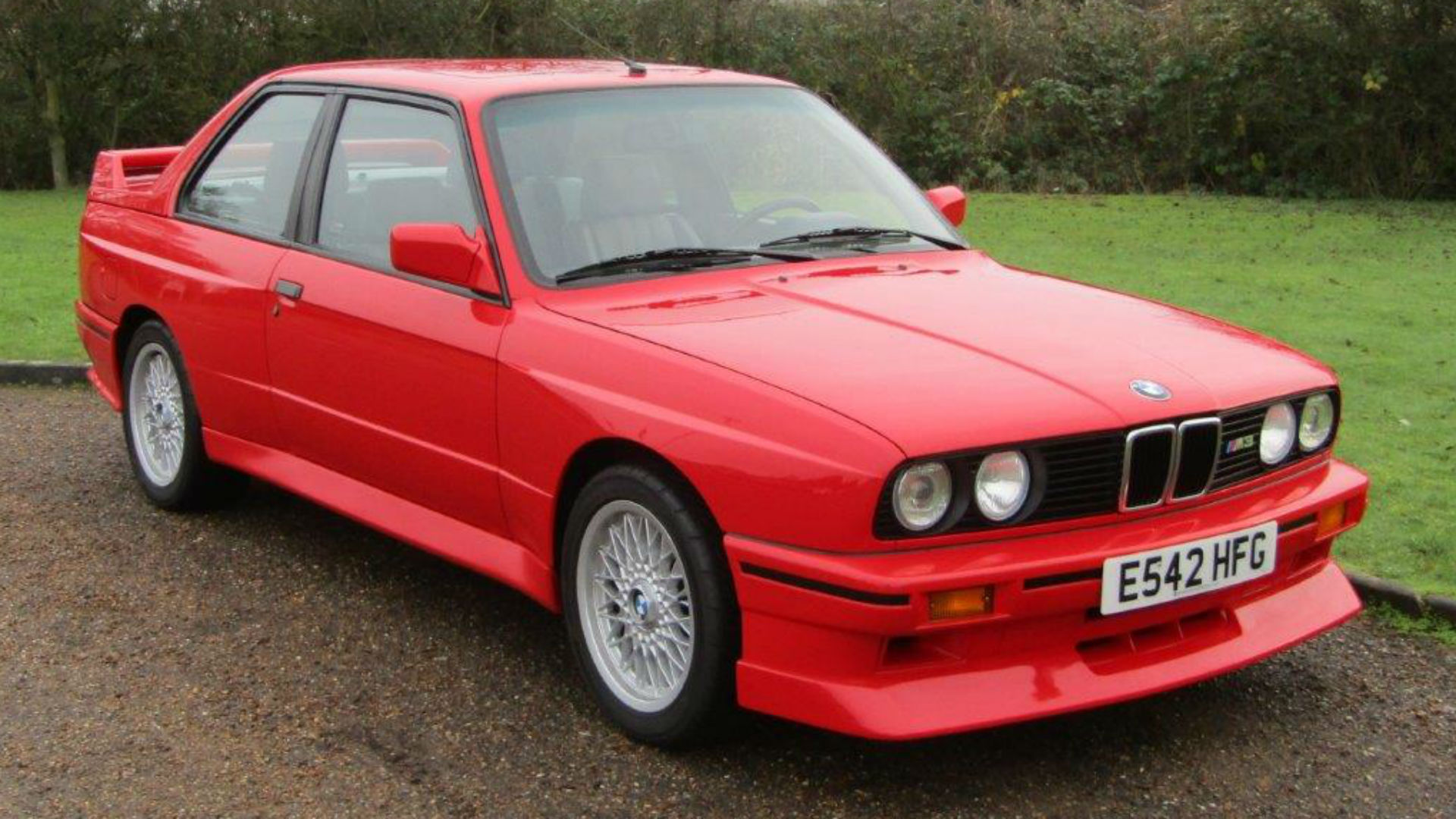 From one of the all-time great engines to one of the all-time great performance saloons. The BMW M3 was the sports saloon of the 1980s, offering impressive pace, wonderful balance and superb agility. All were left-hand drive, but that didn’t stop numerous E30 M3s from arriving on these shores. This 1988 example was imported in 2012 and is said to be in ‘outstanding condition’. It’s offered with no reserve. 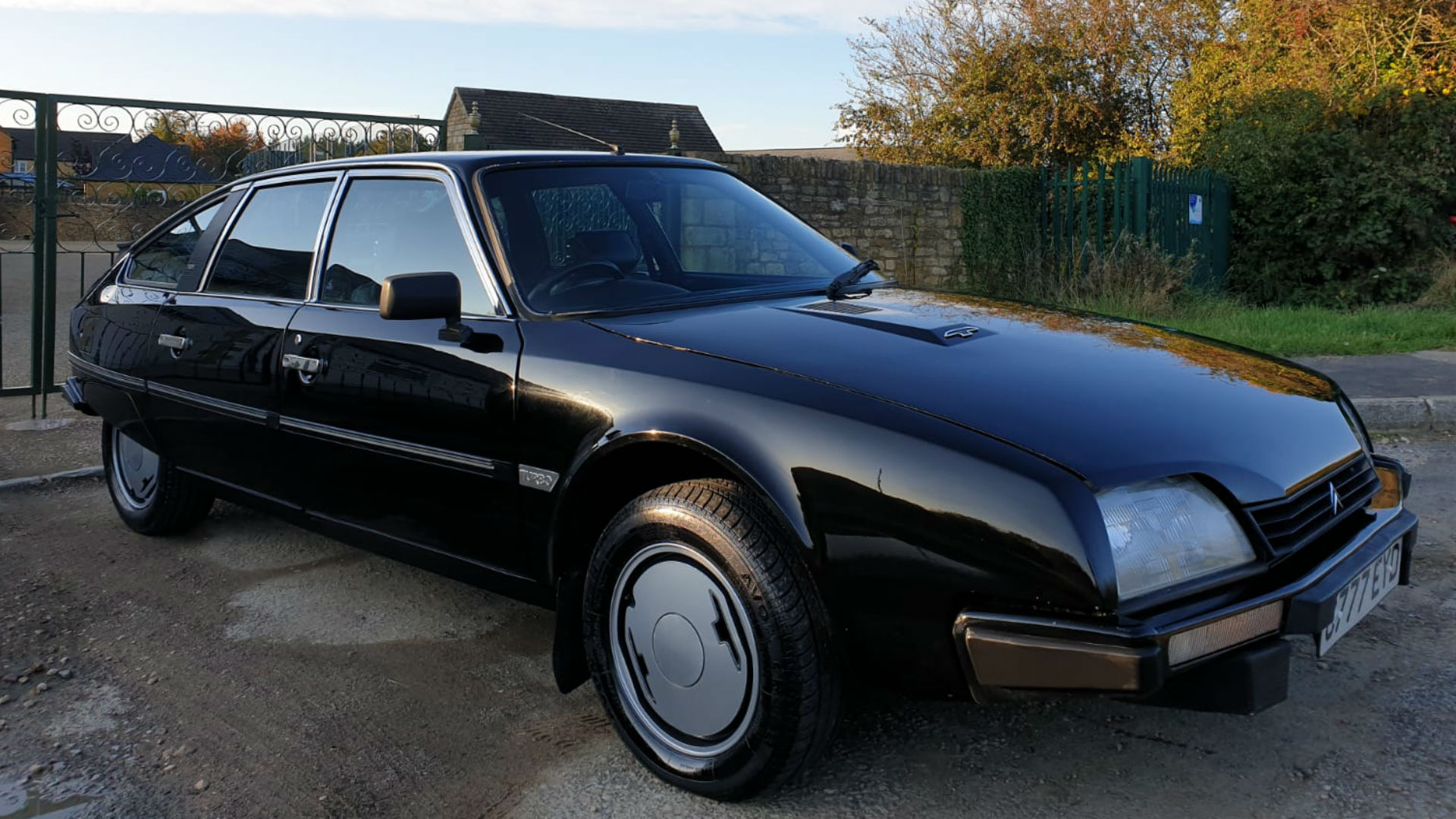 When Citroen added a turbocharger to the CX in the mid-80s, it created one of the smoothest and most comfortable performance cars in the world. What it lacked through the corners, it more than made up for in terms of sophistication, pace and cruising ability. This 1985 example is described by the vendor as being in ‘lovely condition’ and comes with a pre-auction estimate of £5,750 to £7,250. 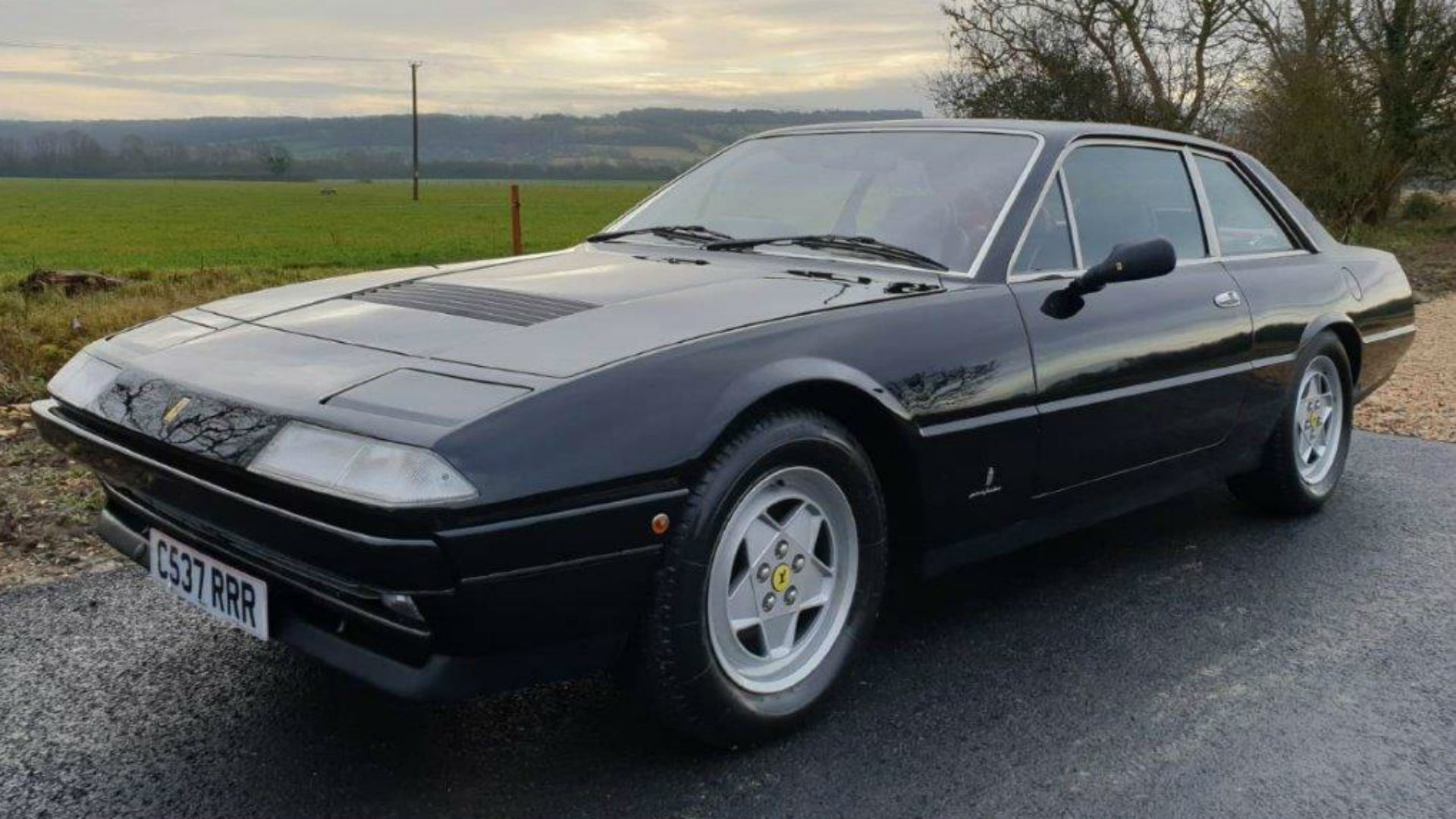 How do you fancy a Ferrari for the price of a family crossover? This Ferrari 412 formed part of a private collection for a number of years and was purchased new by the entrepreneur Peter de Savary. It has just returned from a tour of Scotland, with the vendor describing it as ‘driving very well’. The estimate is £25,000 to £28,000. 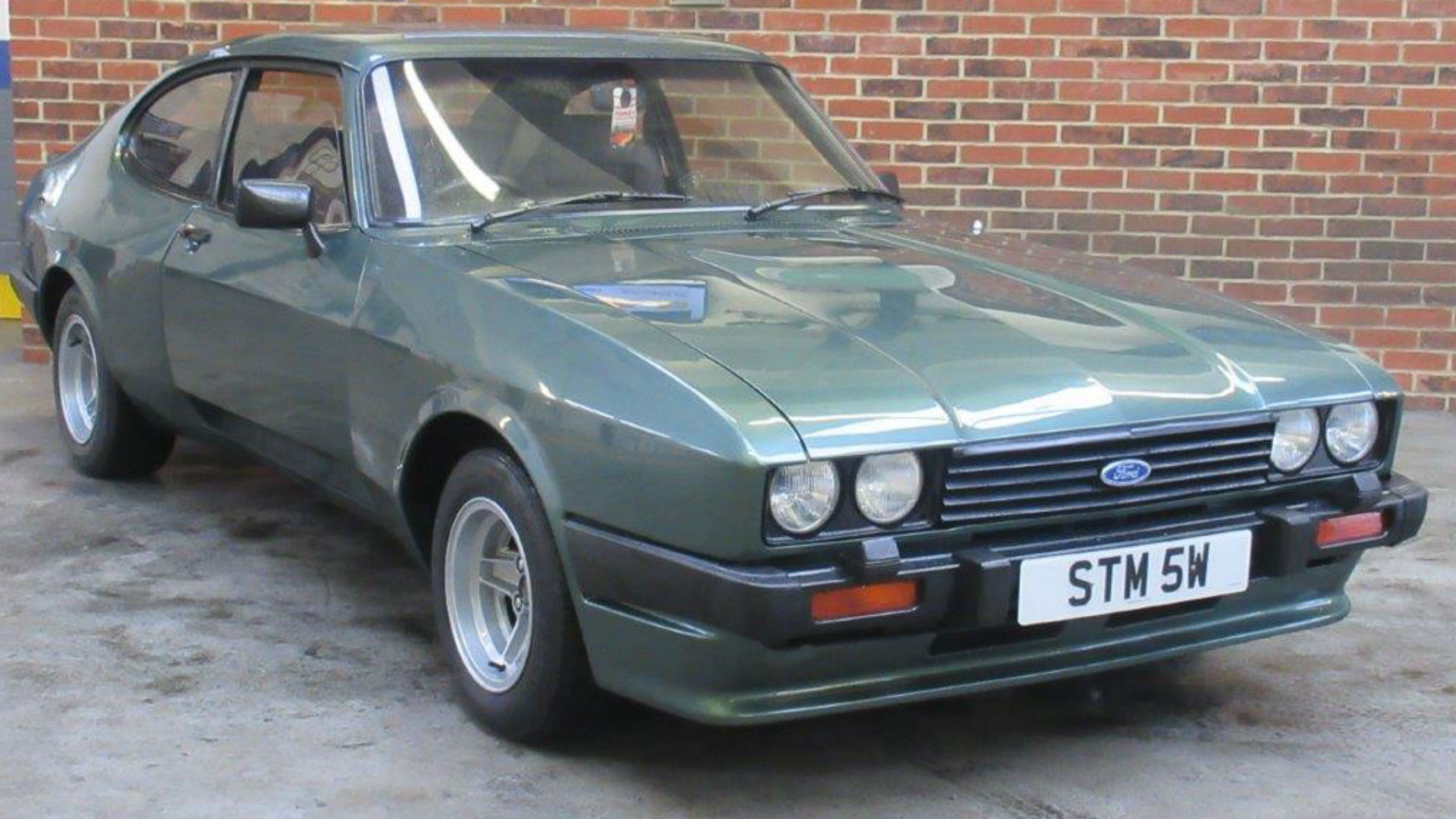 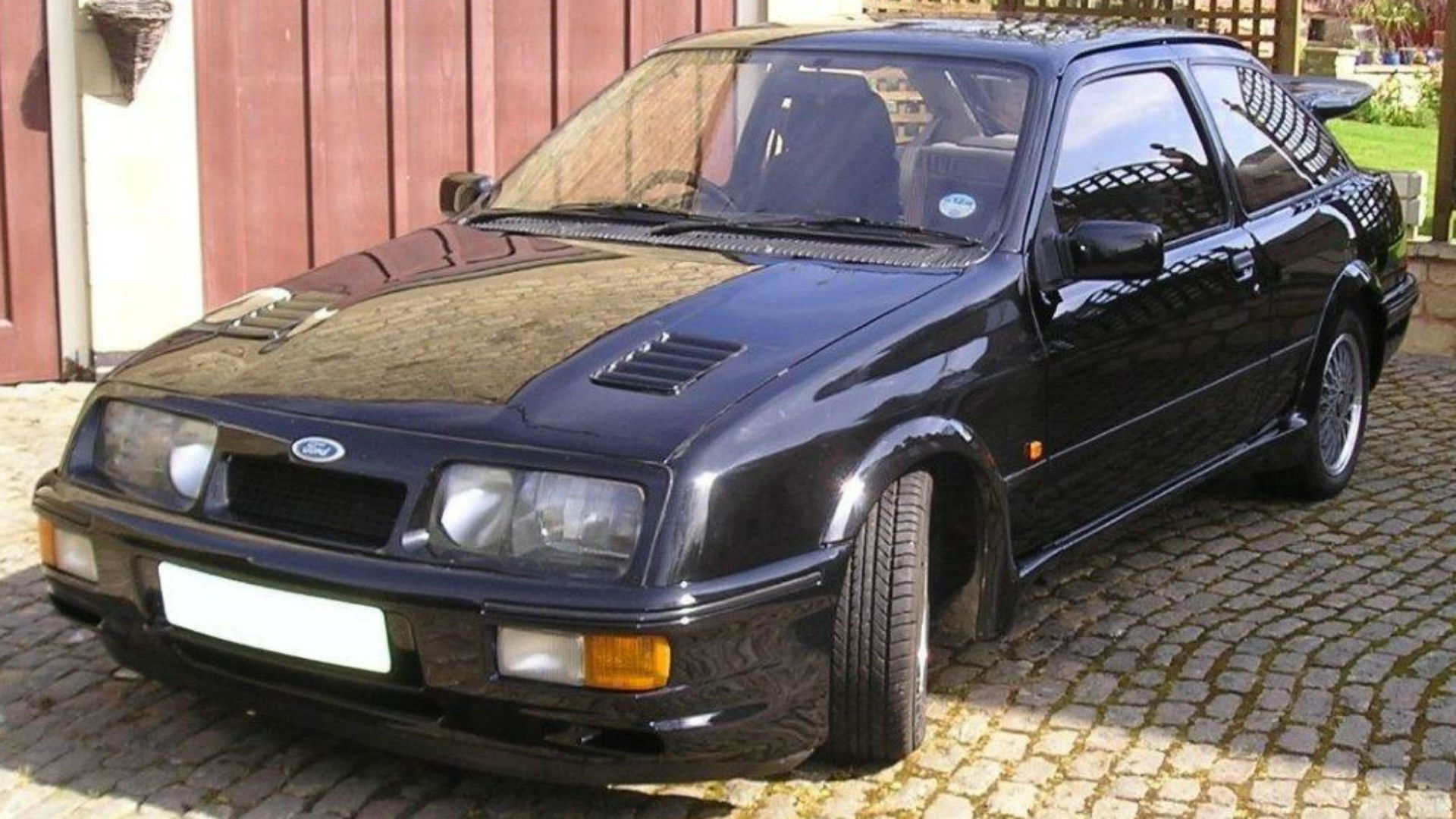 The Ford Sierra RS Cosworth has been one of the headline acts of the recent explosion in fast Ford values, so it will be interesting to see what this 1986 example fetches on Saturday. The vendor has owned it since 2002 and the mileage is listed as 55,240. The pre-auction estimate is £35,000 to £40,000, but the final sale price could provide a hint of what the classic car market will do in 2020. 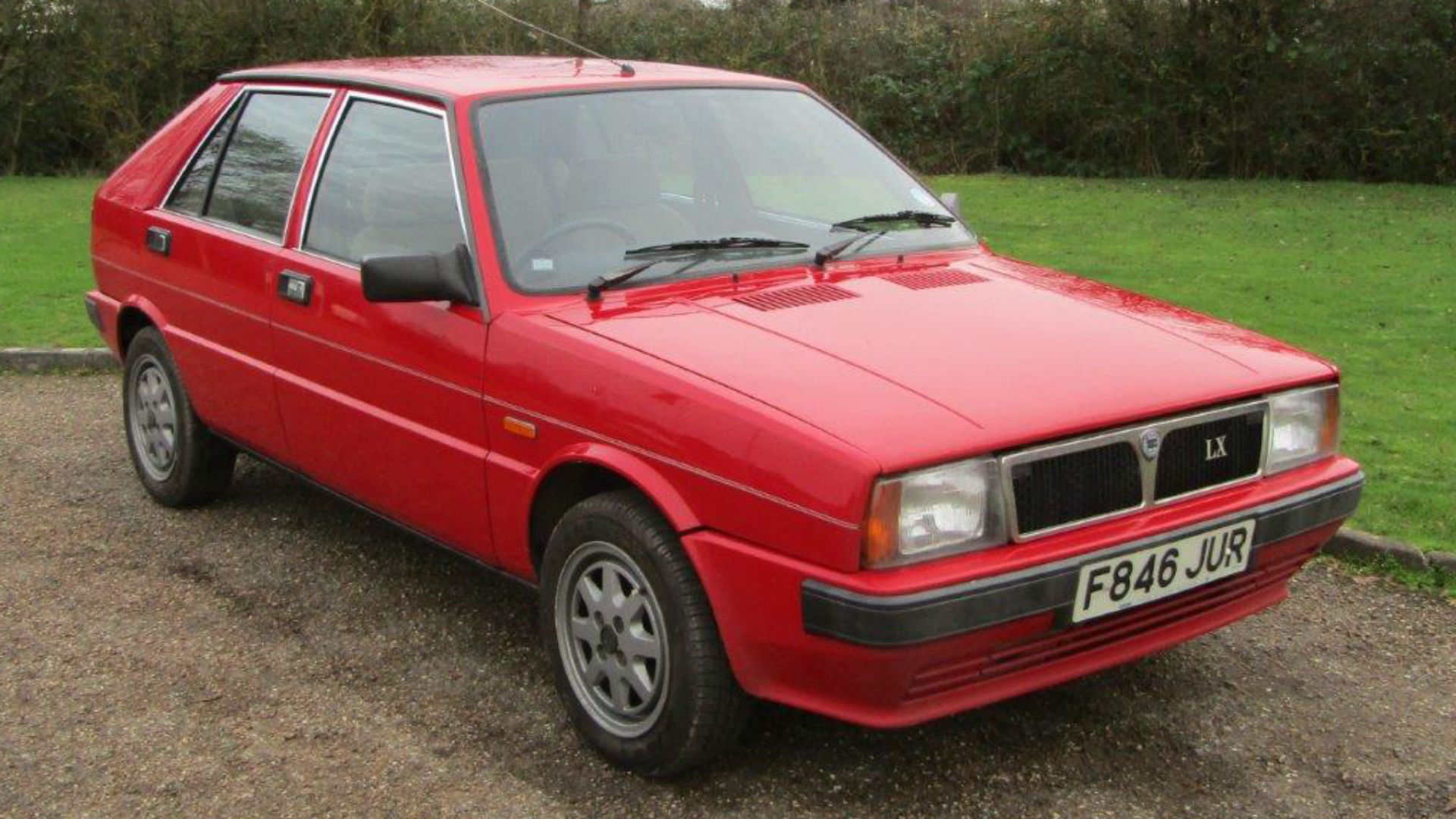 Other than the famous Integrale version, it’s rare to see a Lancia Delta at a UK auction. Most have long since rusted away, which makes this 1988 Delta 1.3 LX a proper survivor. It has been in storage since 2014 and the mileage of 22,250 is believed to be genuine. If it sells for £1,500 to £2,000, it could be an affordable entry for this year’s Festival of the Unexceptional. 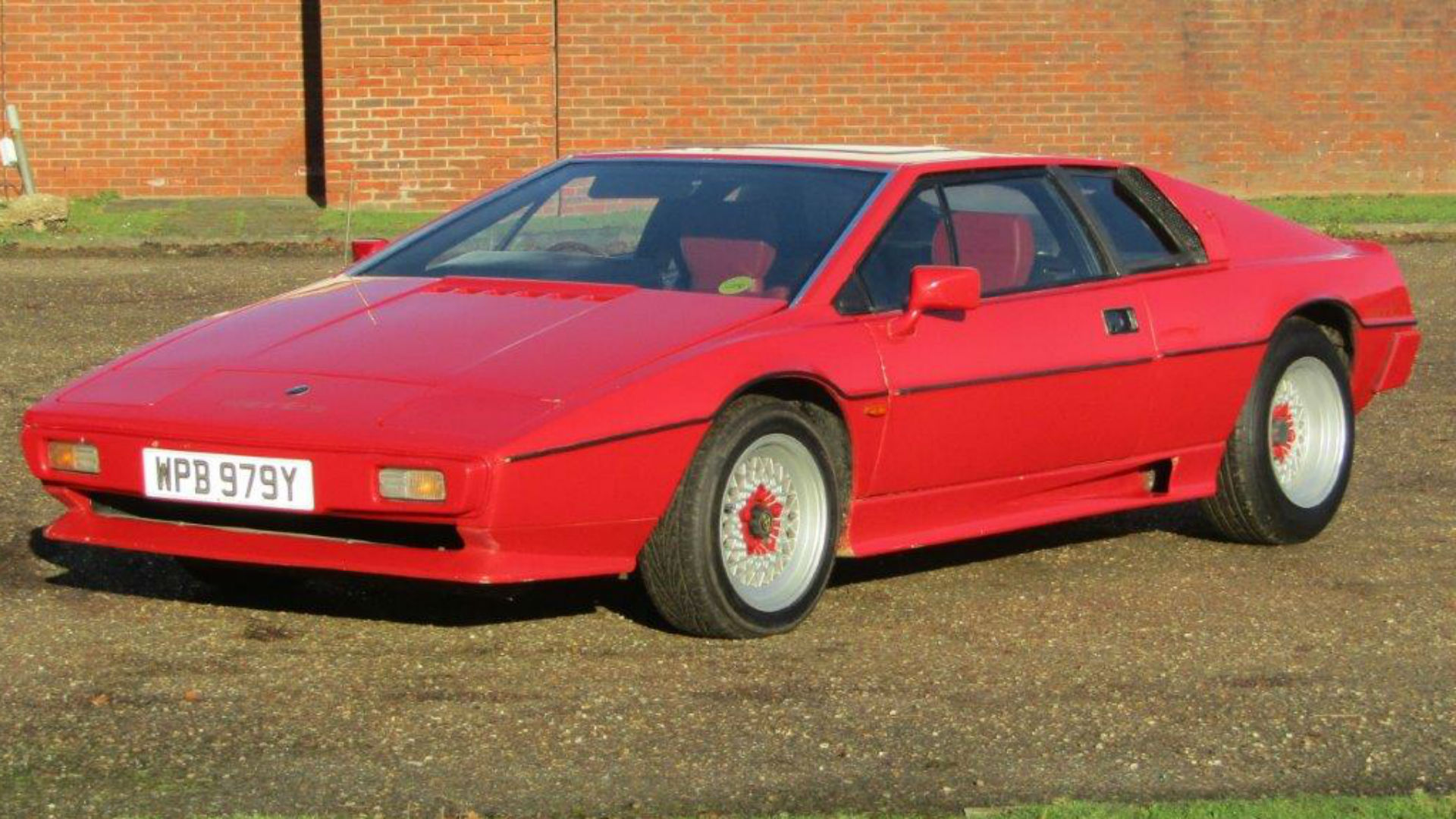 The Series 3 Lotus Esprit arrived in 1981, which makes this 1982 car quite an early example of the breed. The S3 was the best version of the original Esprit, with Lotus upping the build quality and introducing a host of revisions that had debuted on the earlier Essex Turbo. This one is expected to sell for between £10,000 and £12,000. 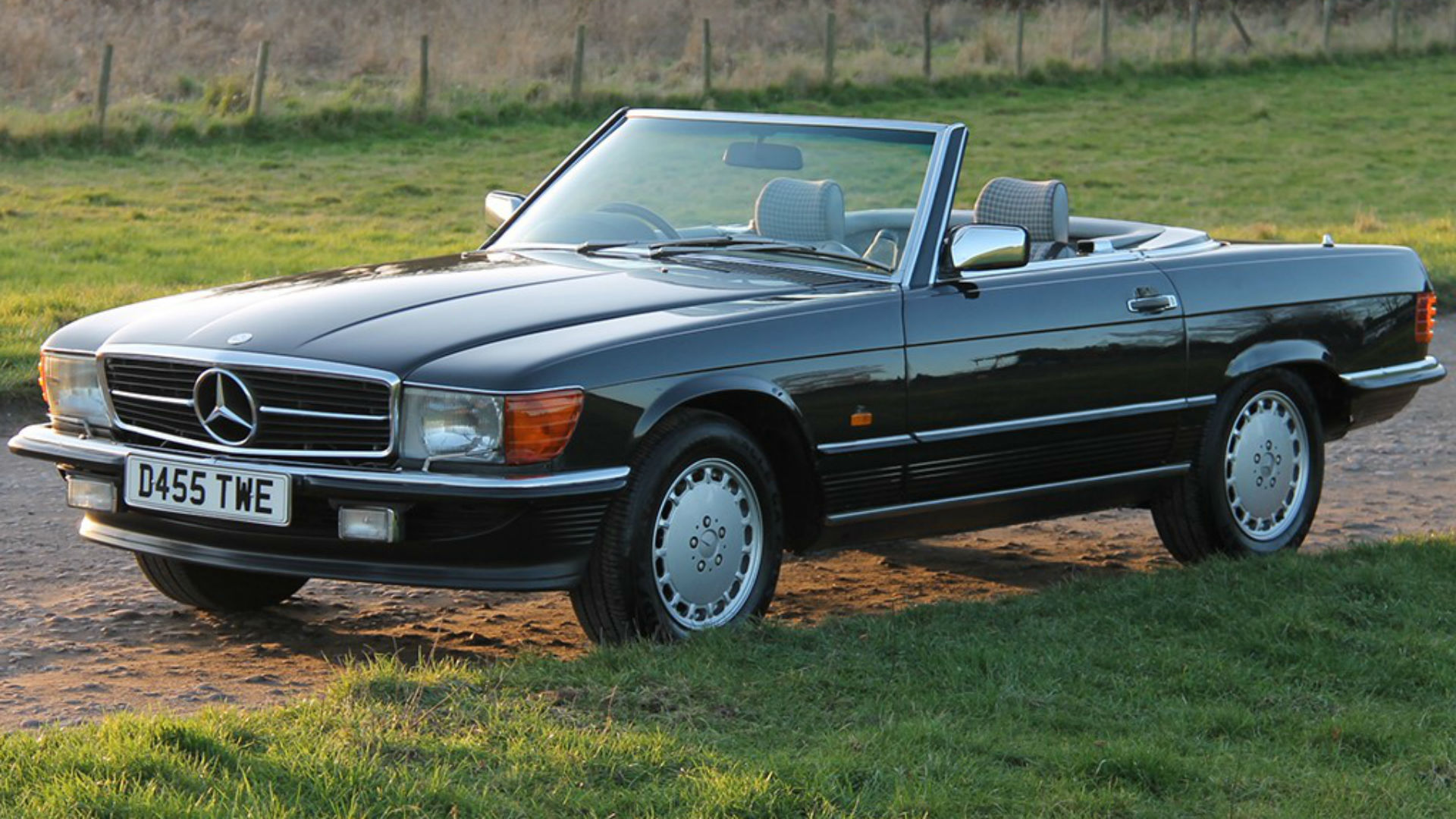 The R107 Mercedes-Benz SL is a classy and comfortable boulevard cruiser that enjoyed a near two-decade production run. During that time there were a number of engines available, but it always felt at its best with a V8 engine under the bonnet. If the sun is shining on Saturday, you can expect this 1987 420 SL to fetch a little more than usual, although it’s offered with no reserve. 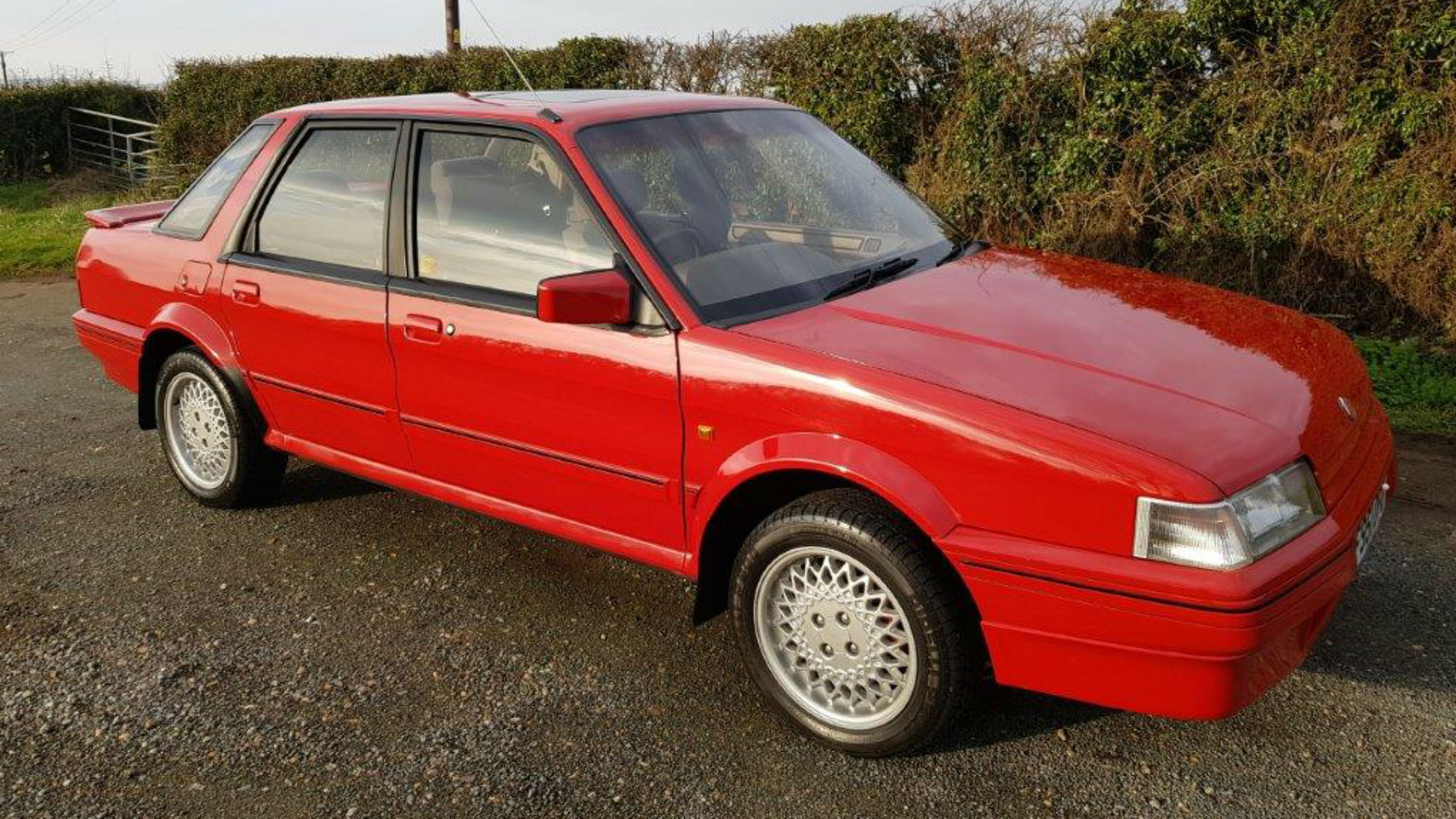 The MG Montego was a fast and effective performance saloon that was let down by the slump in the British car industry. The fact that so many have rusted away is a shame, because the MG Montego is far better than the classic car world gives it credit for. This 1989 example was owned by the same family from new until its transfer to the estate executors. It’s expected to fetch between £4,000 and £6,000. 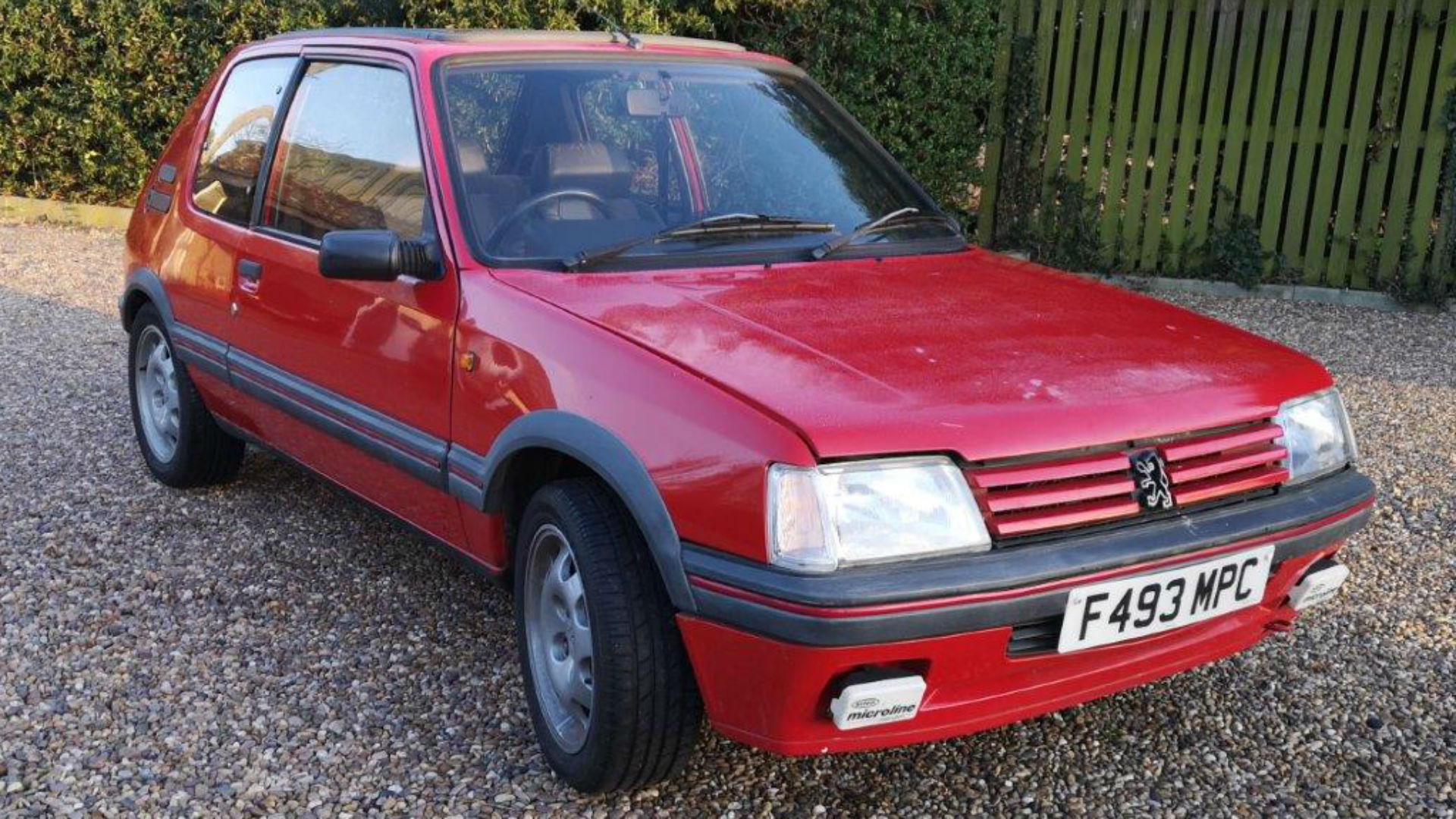 There are three examples of the Peugeot 205 GTI in the Anglia Car Auctions sale, but this is the only one registered in the 1980s. The pictures would suggest it requires a little work, which is something noted in the auction catalogue. There’s no reserve, so this could be a January bargain. 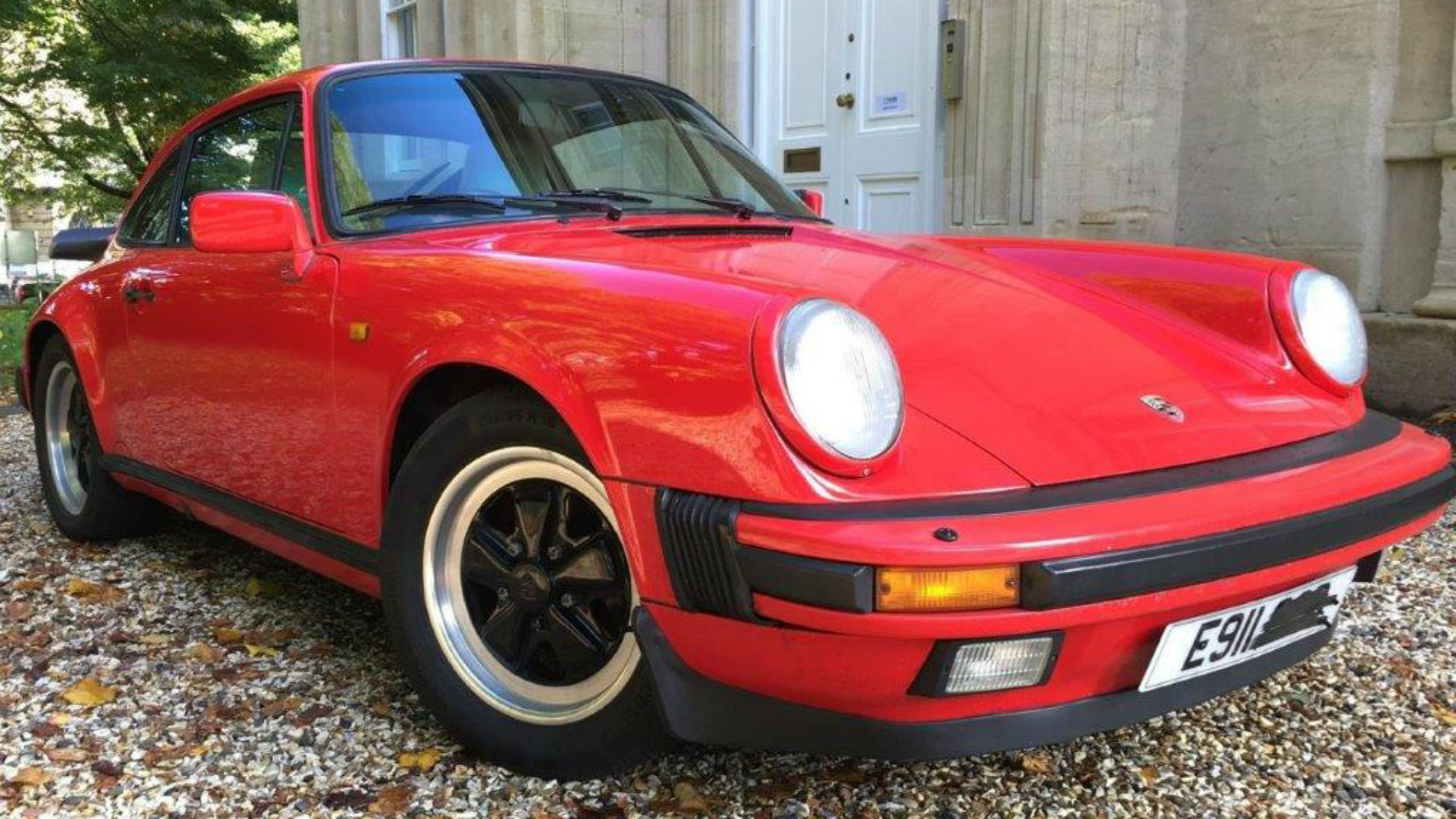 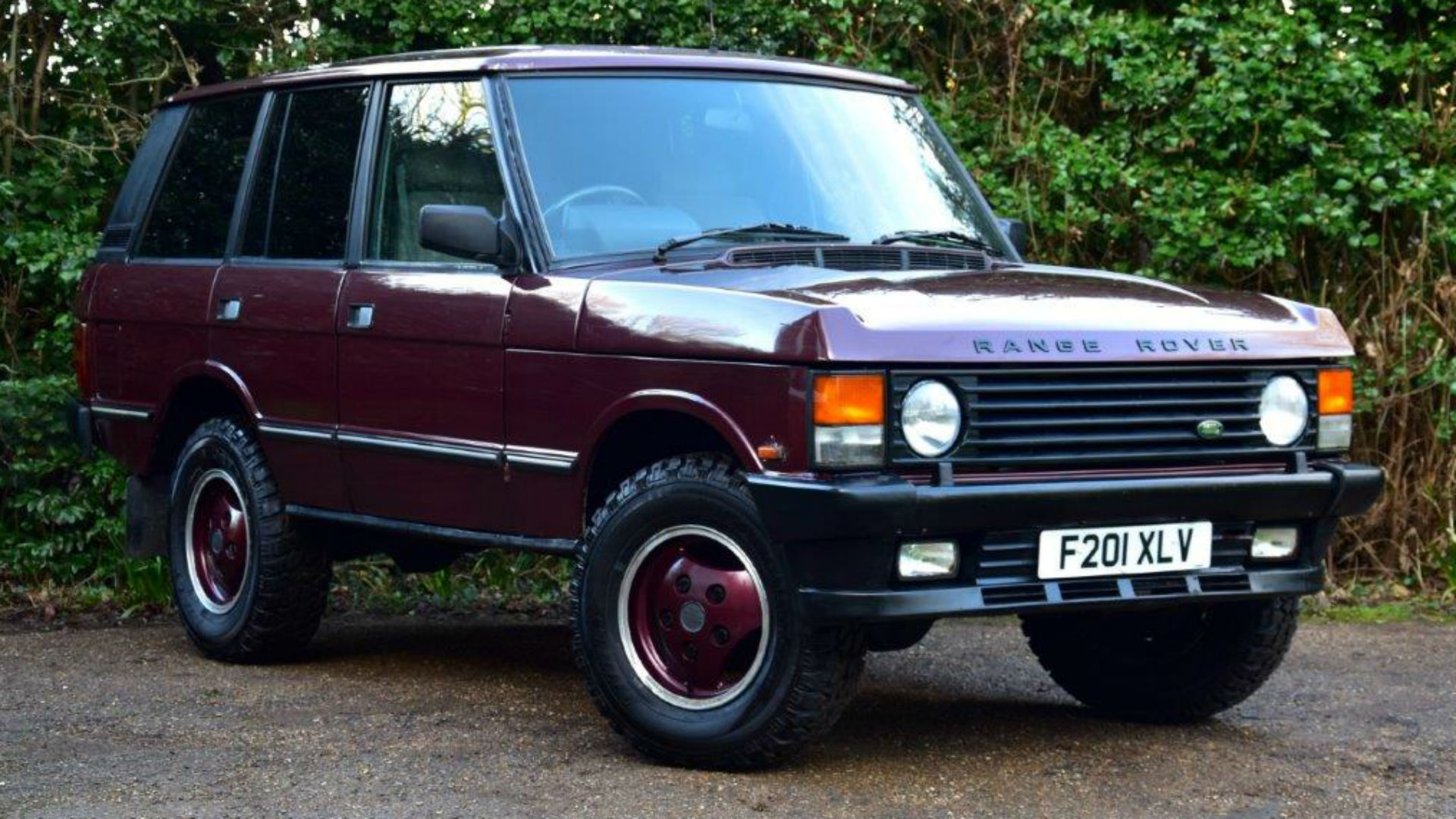 The pre-auction estimate for this glorious 1988 Range Rover is listed as £2,000 to £2,500, which would be an absolute steal. The description suggests it was recommissioned in 2018 and treated to new tyres in 2019. If the photos are to be believed, it’s in great shape, although you’d be wise to check it out before placing a bid. This, or a deposit on an Evoque PCP deal? 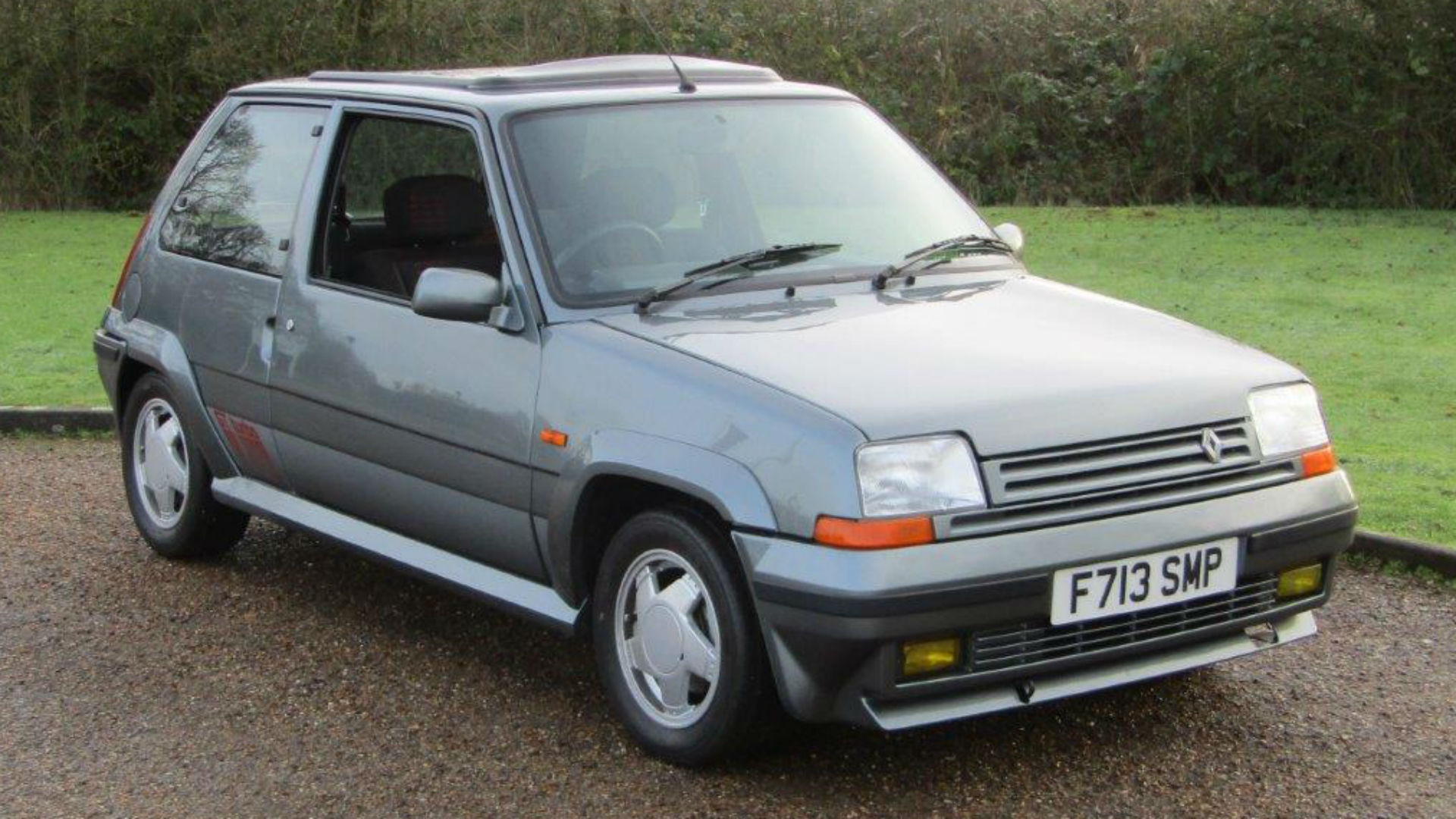 Fans of Car SOS will recognise this as the Renault 5 GT Turbo rebuilt to original specification by Fuzz Townshend. Our Tim Pitt drove a similar example last year. He said it made him feel like he was 17 again by offering ‘flashes of boisterous brilliance’. Fancy paying £12,000 to £16,000 to own this one, Tim? 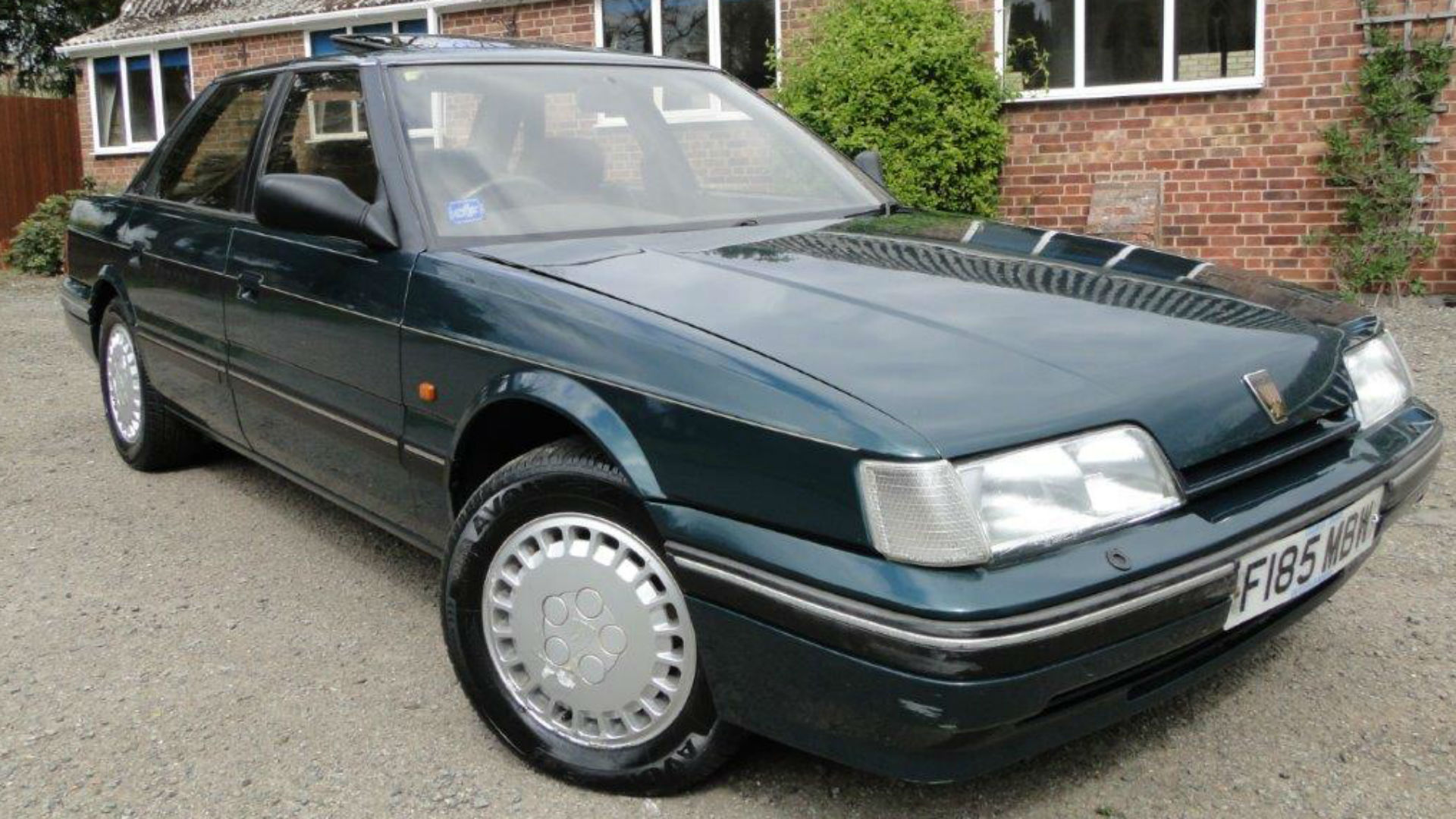 This 1989 Rover 827 Si is powered by the desirable 2.7-litre engine, which offers a terrific blend of performance and economy. Rover’s flagship saloon wasn’t without its problems, but it’s got a strong following and seems to get better with every passing year. This car was recommissioned in 2019 and is offered with no reserve. 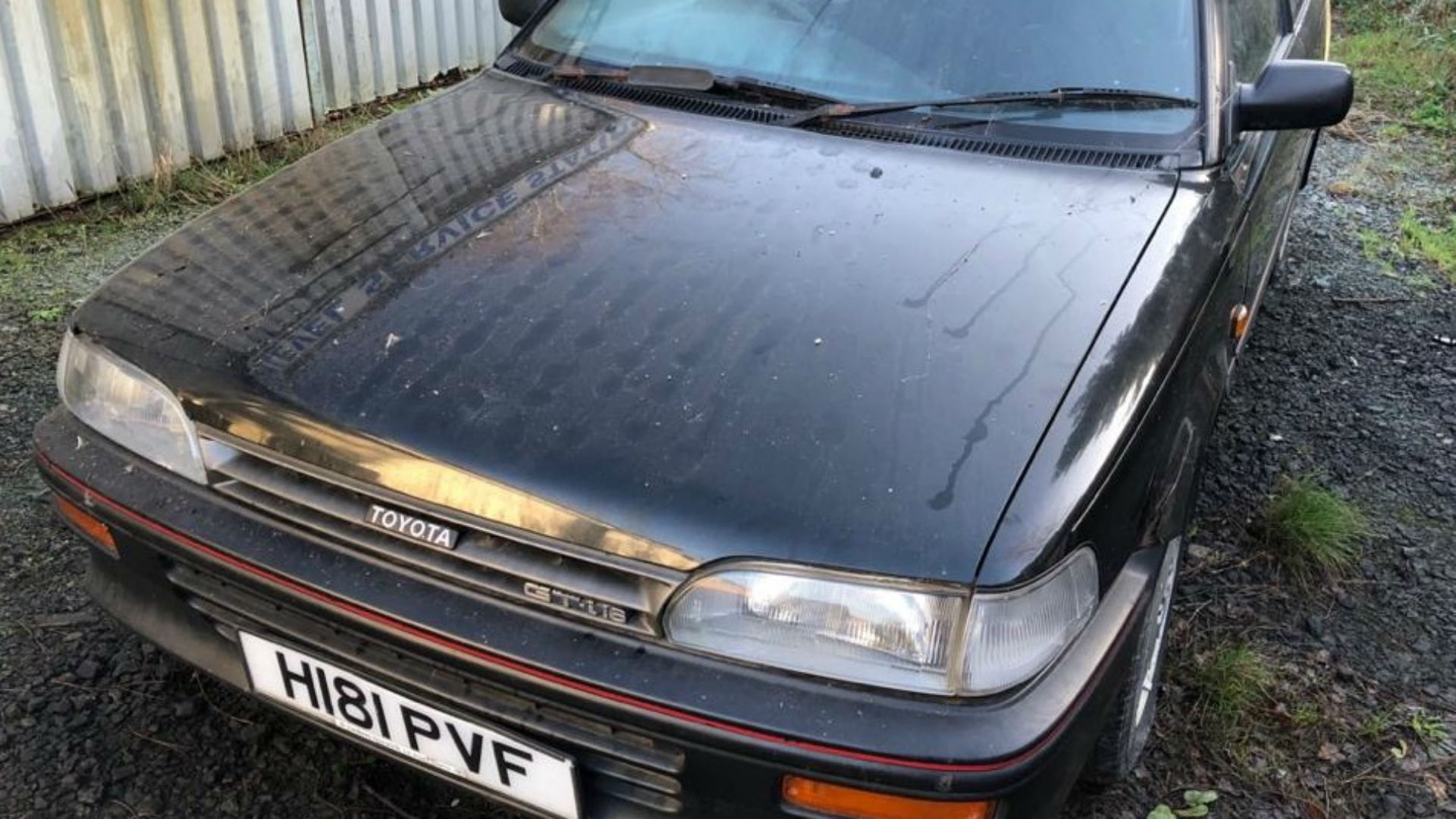 There’s no auction description for this 1990 Toyota Corolla GTi, but the MOT history would suggest that it’s been off the road since 2010 or 2011. This may or may not make the pre-auction estimate of £1,200 to £1,500 a tad optimistic, but it’s a Toyota, so it’ll probably start first time and fly through its MOT at the first attempt. Probably… 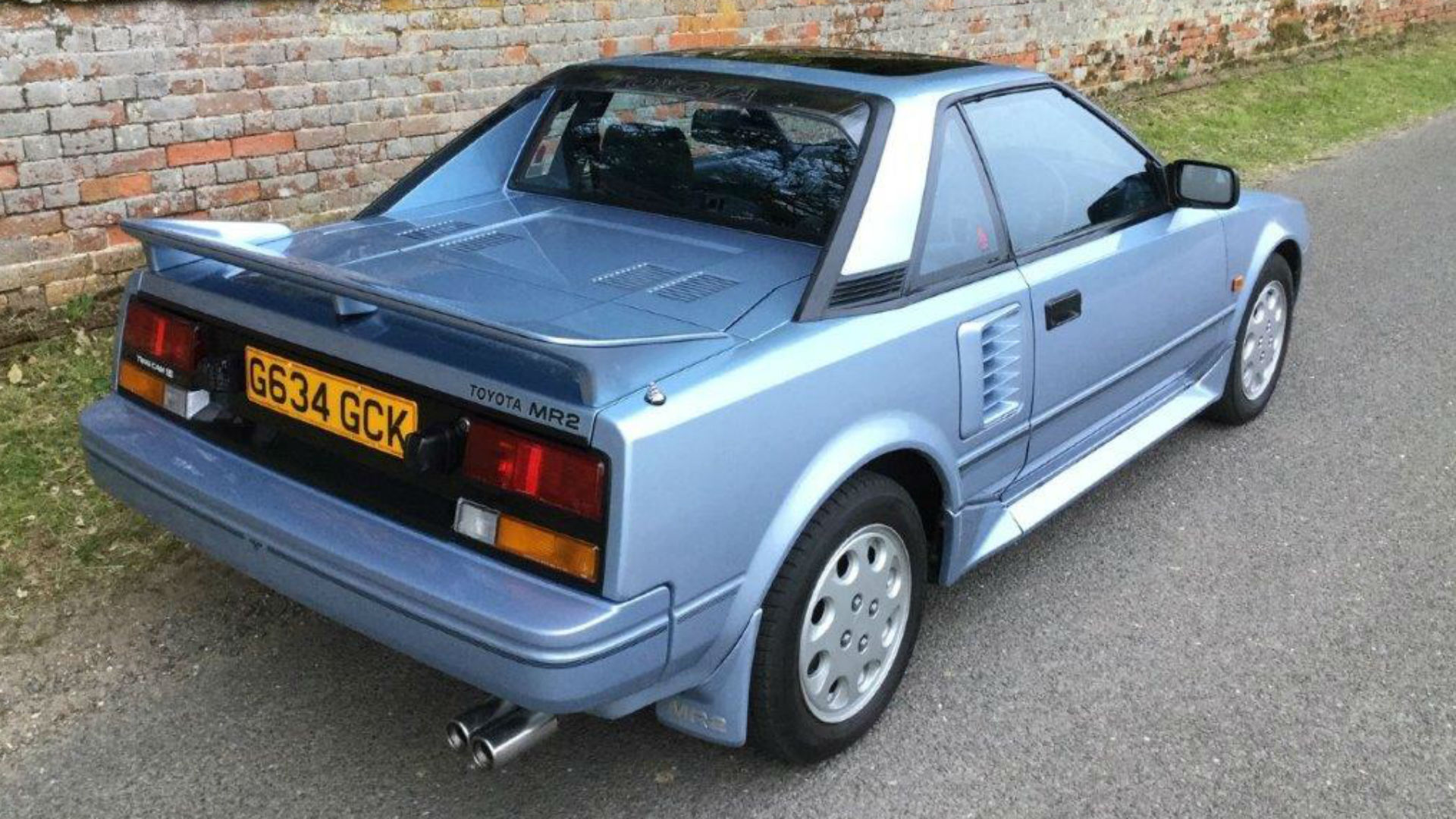 If the photos, history and description are anything to go by, this 1989 Toyota MR2 is a little gem. Check for rust, then enjoy one of the finest sports cars of the era. Yours for between £5,000 and £7,000. 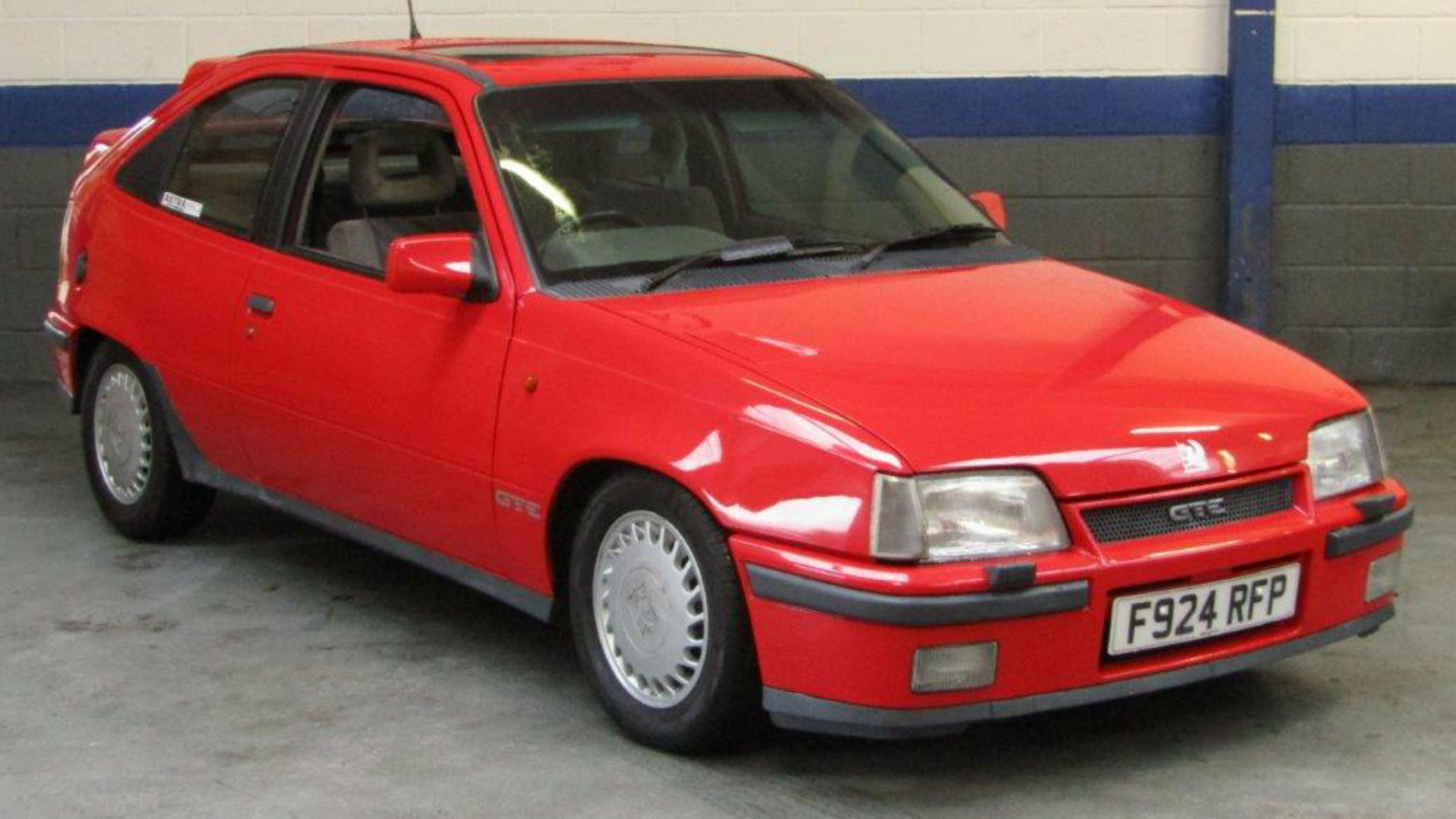 The Vauxhall Astra GTE: because not everybody wants a Golf GTI or 205 GTI. In 16v guise, the Astra GTE was a proper hooligan, making it the weapon of choice for boy racers. It was also a target for car thieves and joyriders, which is one of the reasons why so few remain. This one is expected to fetch between £5,000 and £6,000. 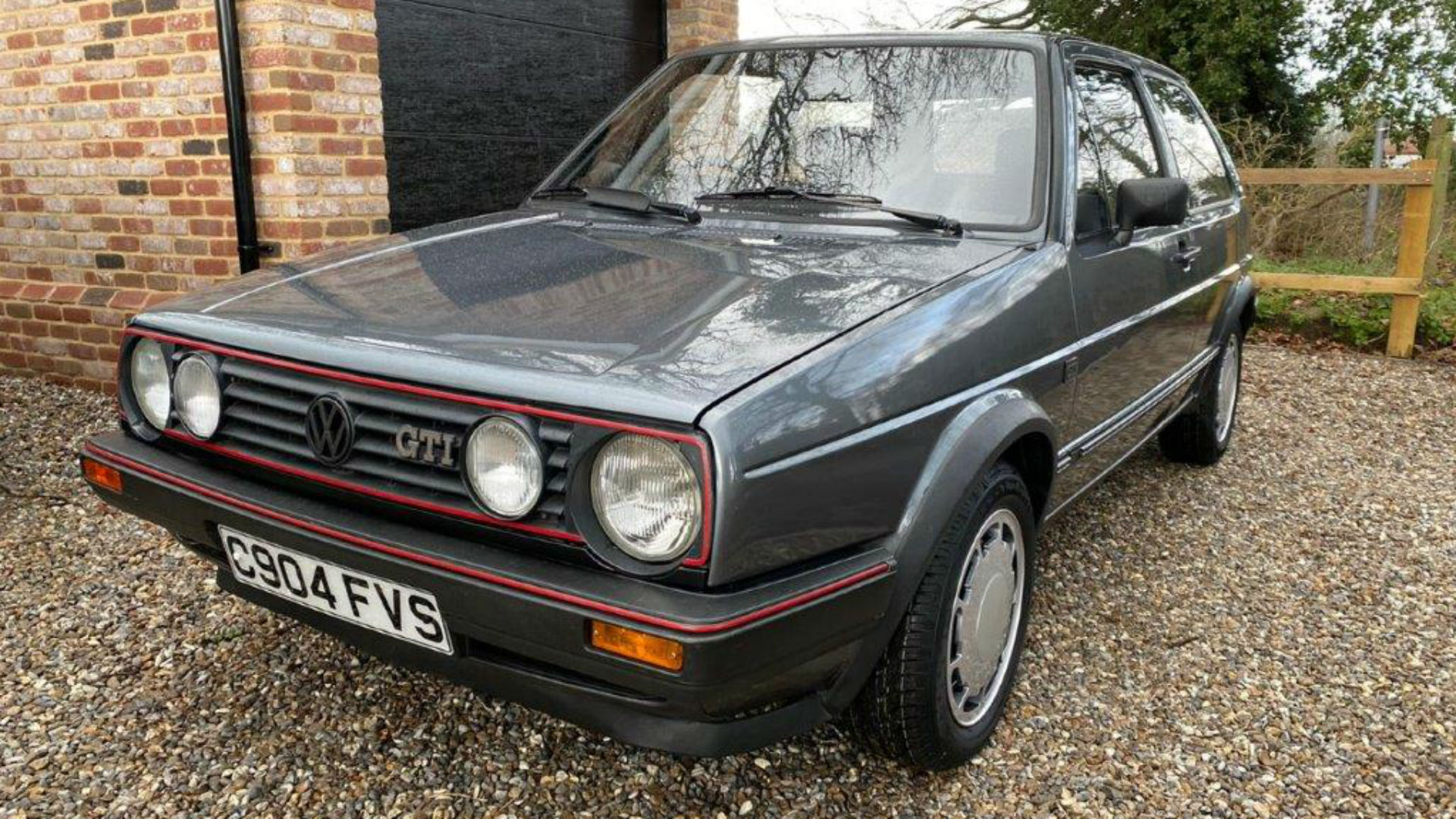 This 1985 Volkswagen Golf GTI was sold new in Germany before being brought to the UK in the same year. Given the values of Mk2 Golf GTIs, we wouldn’t be surprised to see this one fly through its £6,000 to £7,000 pre-auction estimate. 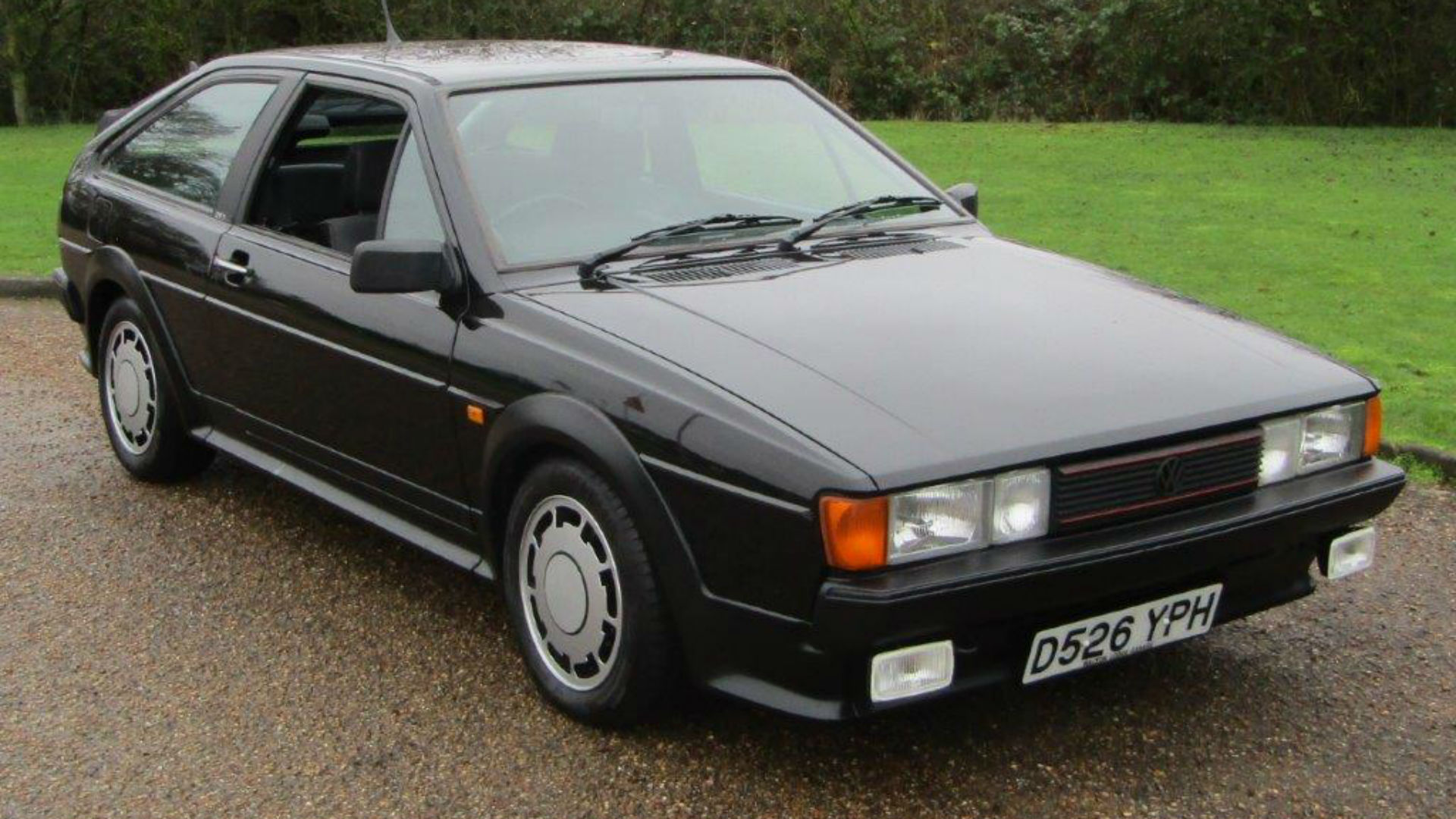 The original buyer, an airline pilot, kept this 1987 Volkswagen Scirocco GTX until 2016. Around £11,000 has been spent on restoration work and parts since 2017. There’s no reserve, so it will be interesting to see what it fetches. Remember, the auction takes place in King’s Lynn on 25 January 2020.