From ‘The Schumacher’ Ferrari 488 GTB to the Renault Clio Williams, many road cars have bathed in the glory of motorsport success. Here are some of the best

Racetrack to the road 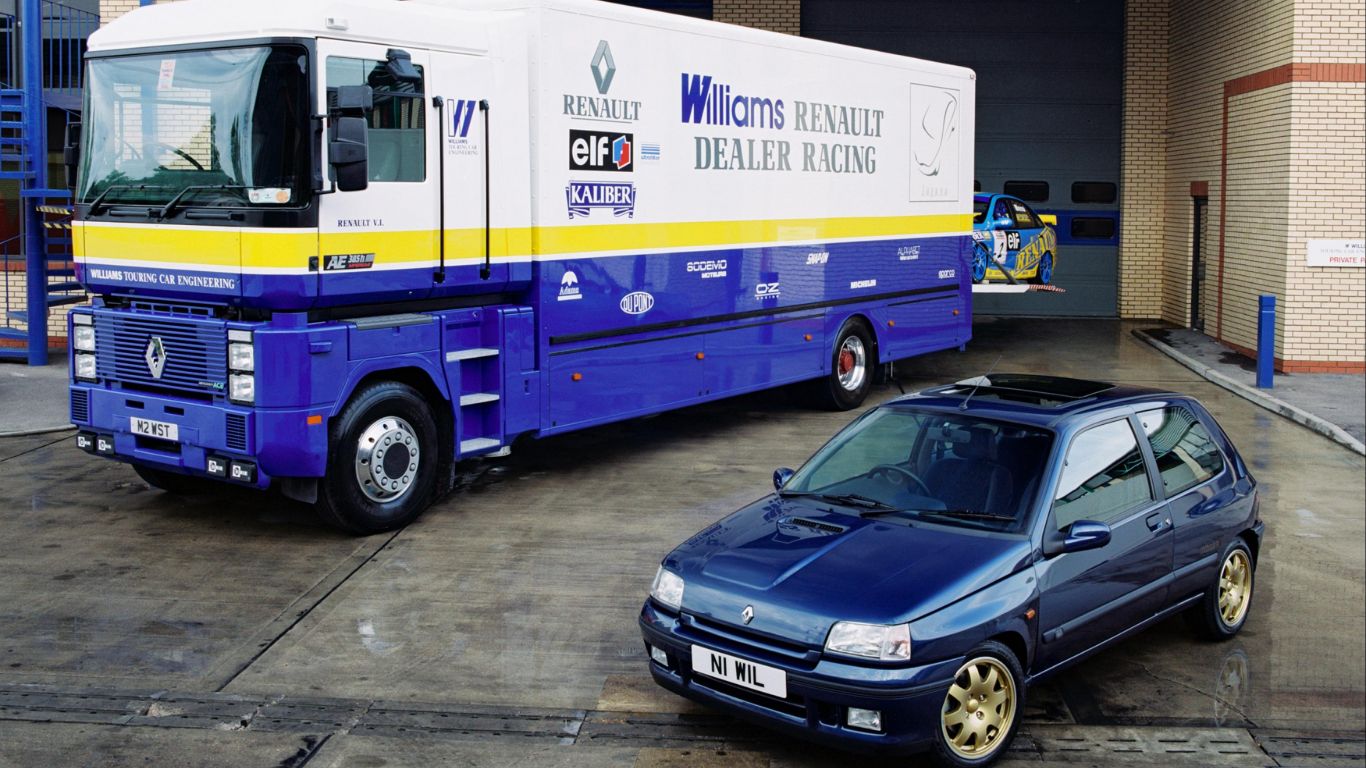 The glamour of racing has always been used to sell road cars. But some car manufacturers go further, with dedicated motorsport special editions to show off their success on the racetrack or rally stage. From ‘The Schumacher’ Ferrari 488 GTB to the Renault Clio Williams, here are some of the best. 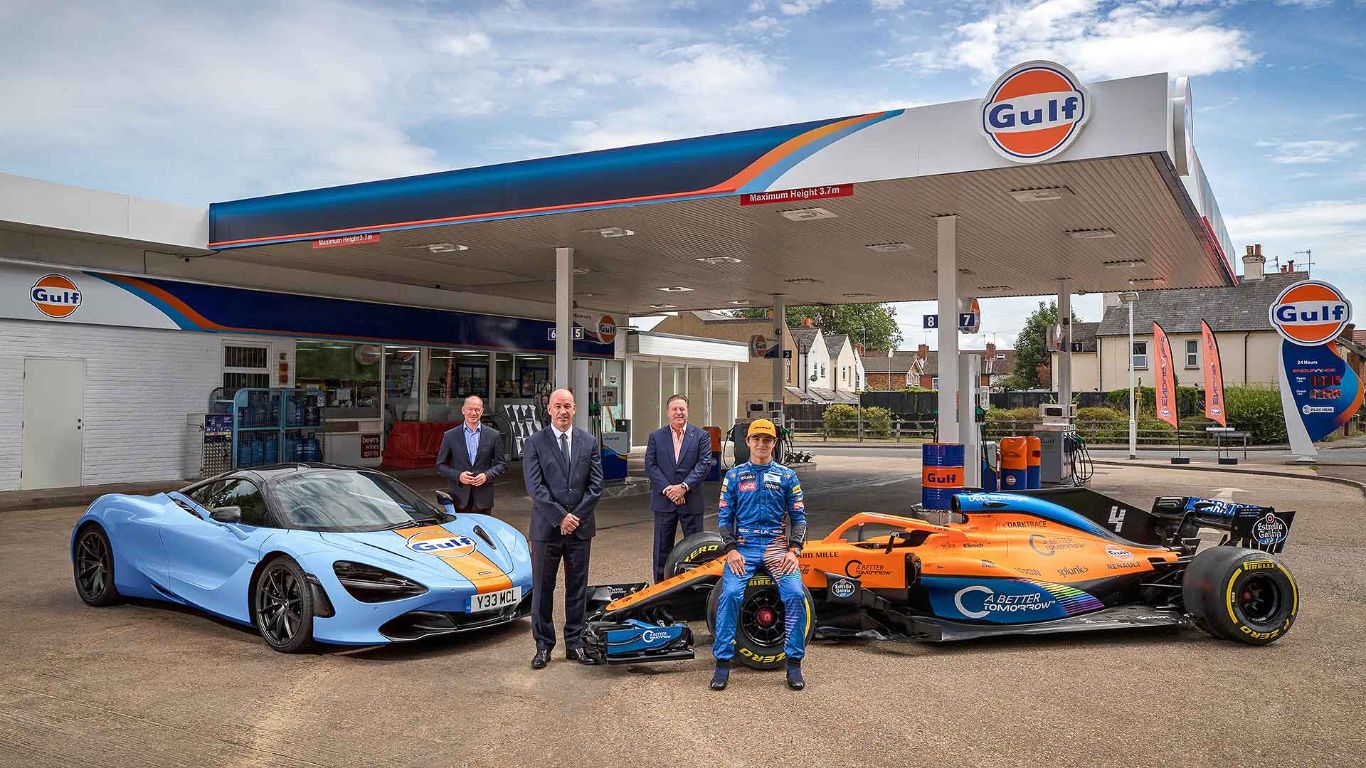 The Gulf Oil livery is one of the most iconic in motorsport. A recent deal will see McLaren’s F1 team racing in Gulf colours – and McLaren Special Operations (MSO) can also hand-paint your 720S supercar to match. It’s a ‘yes’ from us. 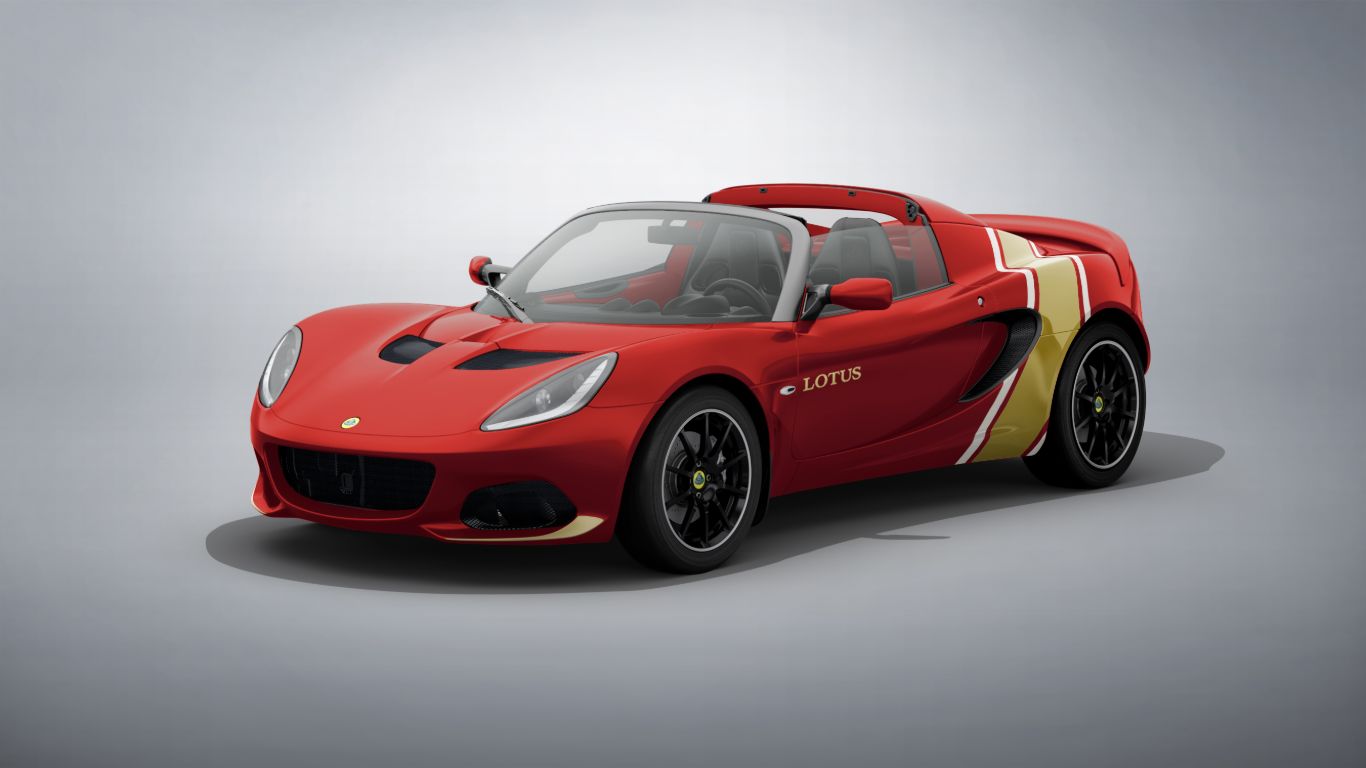 Earlier this year, Lotus launched four Heritage Edition versions of the Elise. The red, white and gold livery seen here pays tribute to the Type 49B that Graham Hill raced in 1968. You could also opt for black and gold (Type 72D), blue, red and silver (Type 81) or blue and white (Type 18). A total of 100 cars will be made. 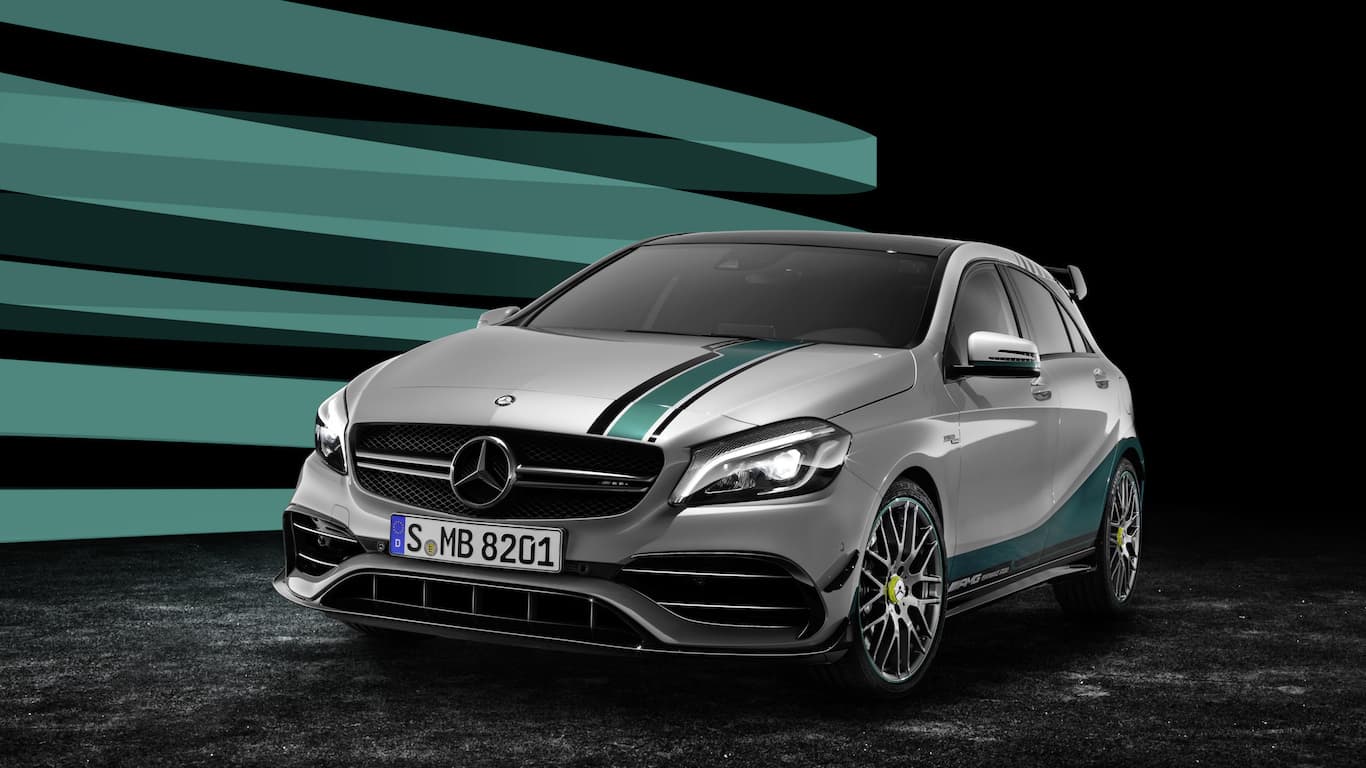 Mercedes-Benz currently has a lot to shout about when it comes to motorsport. This was also true back in 2015, when it revealed this AMG A 45 hot hatch, complete with an F1-inspired silver and turquoise colour scheme. Spot the bright green wheel rims. 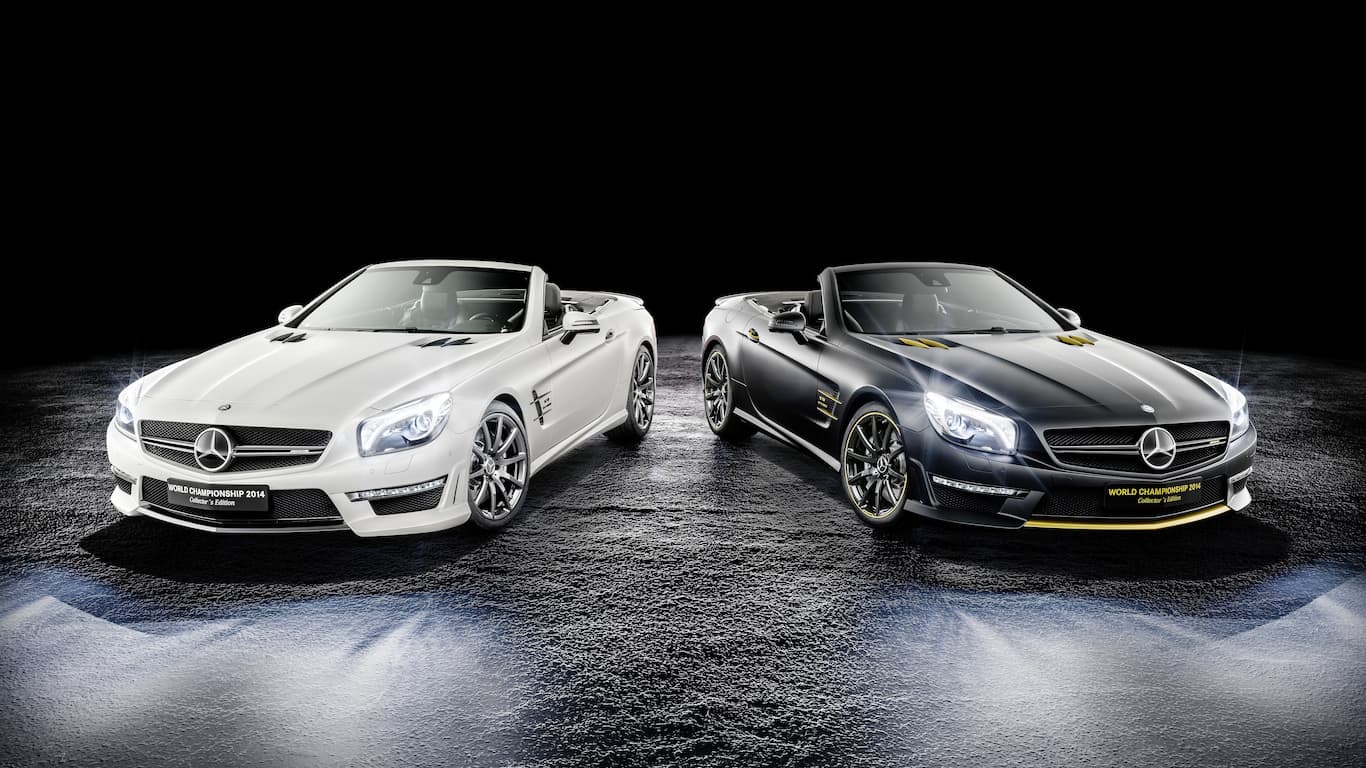 Possibly sensing the tension that was to come, in 2014 Mercedes let Lewis Hamilton and Nico Rosberg design their own SL 63 roadsters. Hamilton opted for matte black and gold, while Rosberg favoured luxurious white. Only sold in pairs, to specially selected customers, the price for a matching set topped £500,000. 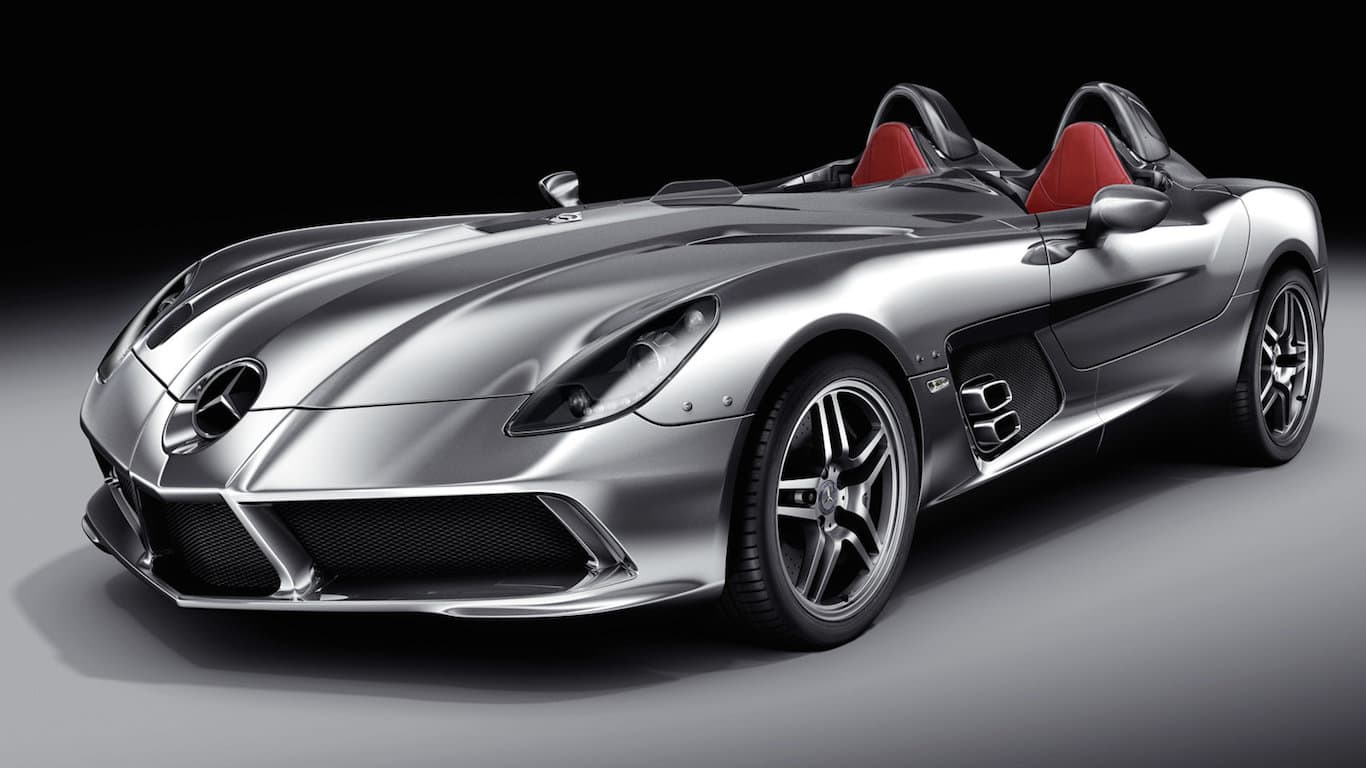 Proving that special editions don’t always have to celebrate F1 championship wins, in 2009 Mercedes got extreme with the SLR in honour of Sir Stirling Moss’s Mille Miglia record. Ditching the roof and windscreen created a speedster, capable of a very windy 217mph. You already had to be an SLR customer to be considered, with just 75 examples produced and sold for £660,000 each. 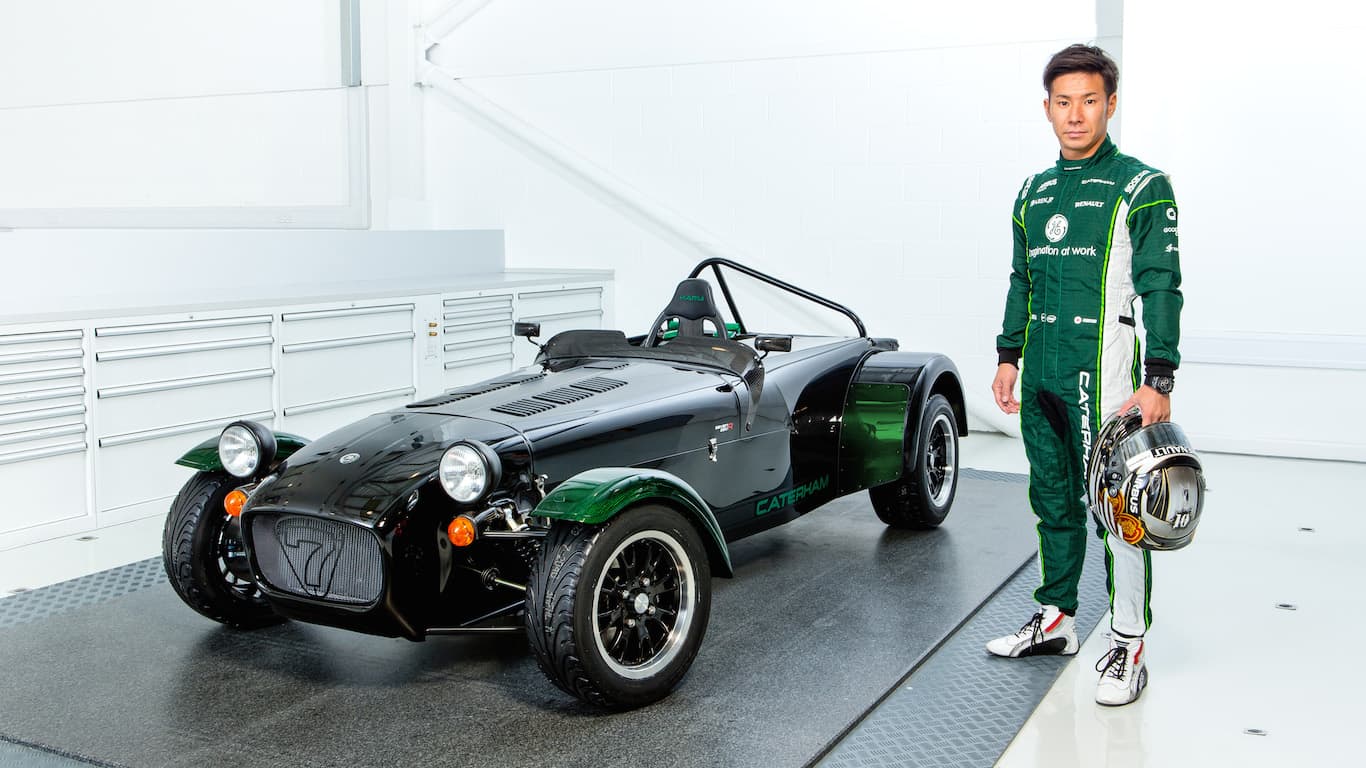 While he might not have won races or titles, Kamui Kobayashi proved popular during his time in F1 with Caterham. Helpfully, Japan is a big market for Caterham, so selling a run of 10 Kamui editions should have been fairly easy. There’s only one seat, an anodised green key and a dashboard with Kamui’s name inscribed into it. Power isn’t quite F1-like though, with just 123hp from a 1.6-litre Ford engine. 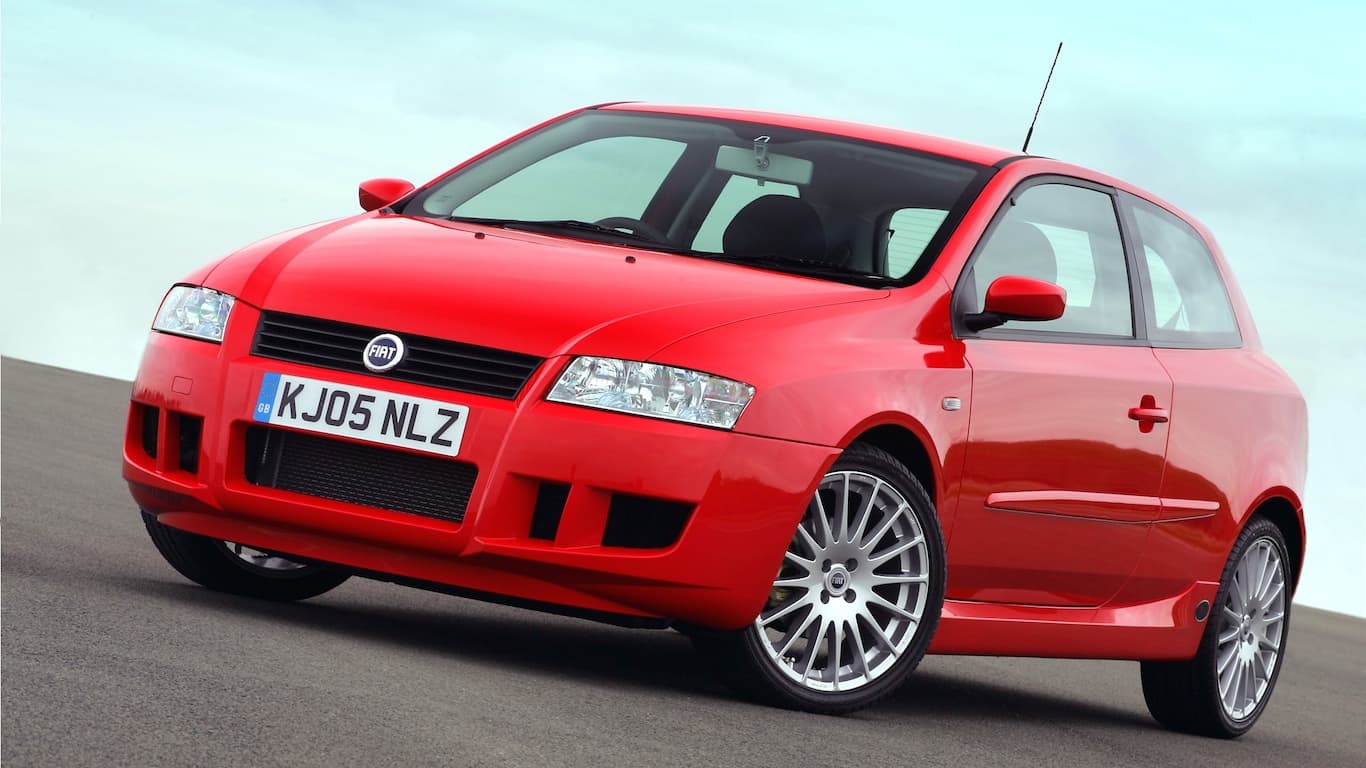 How do you celebrate Ferrari’s first F1 World Drivers’ Championship in over 20 years? By sticking the name of your winning driver on the boot of a 54hp hatchback, of course. Michael Schumacher may have gone on to become Ferrari’s favourite son, but things started out with just 1.1 litres and a top speed of 93mph. 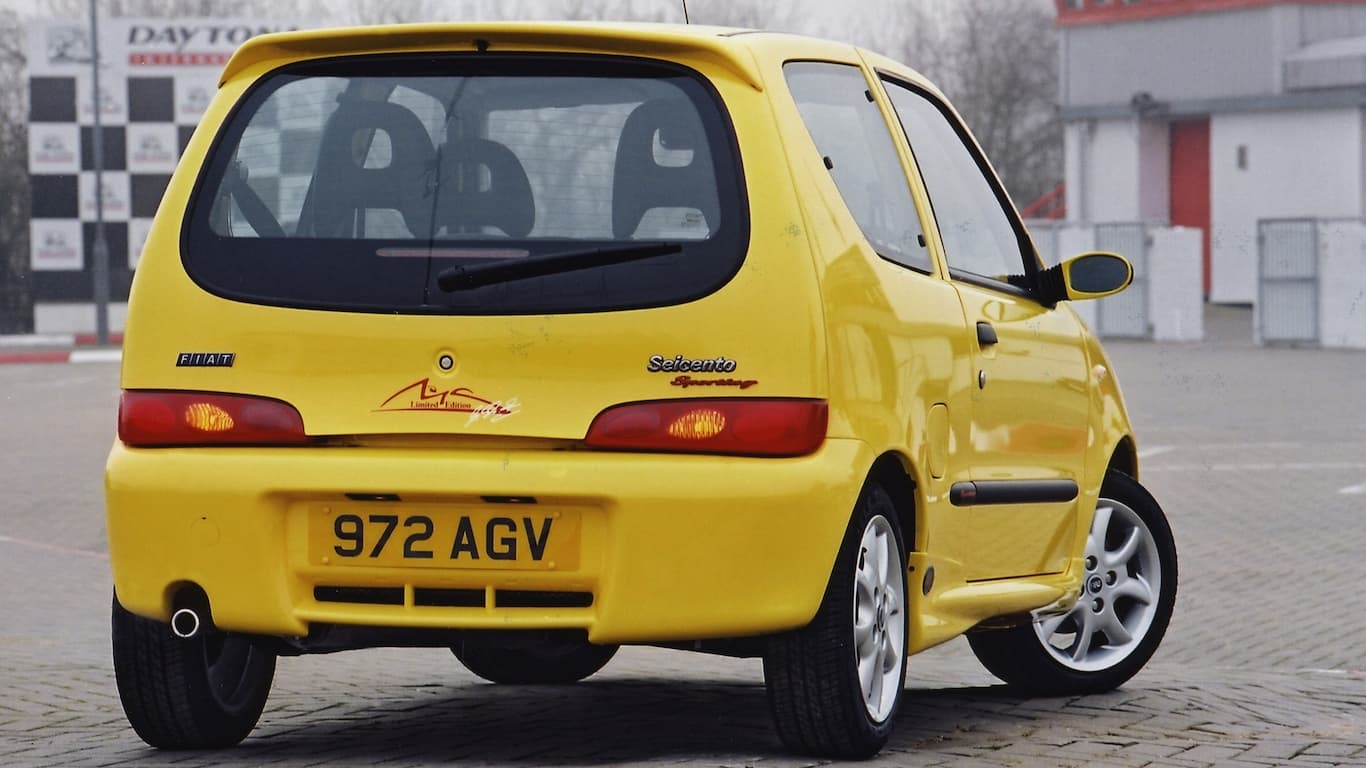 Things got slightly better for Schumacher in 2005 when, after clinching his fifth title in a row the year previously, he was rewarded with this. The special ‘GP’ Stilo was produced for the UK, and featured tuning by Prodrive to add 18-inch alloy wheels, uprated suspension and a stainless steel exhaust. Power was unchanged, with the 2.4-litre 5-cylinder engine making 170hp – a slightly more respectable output than the Seicento. 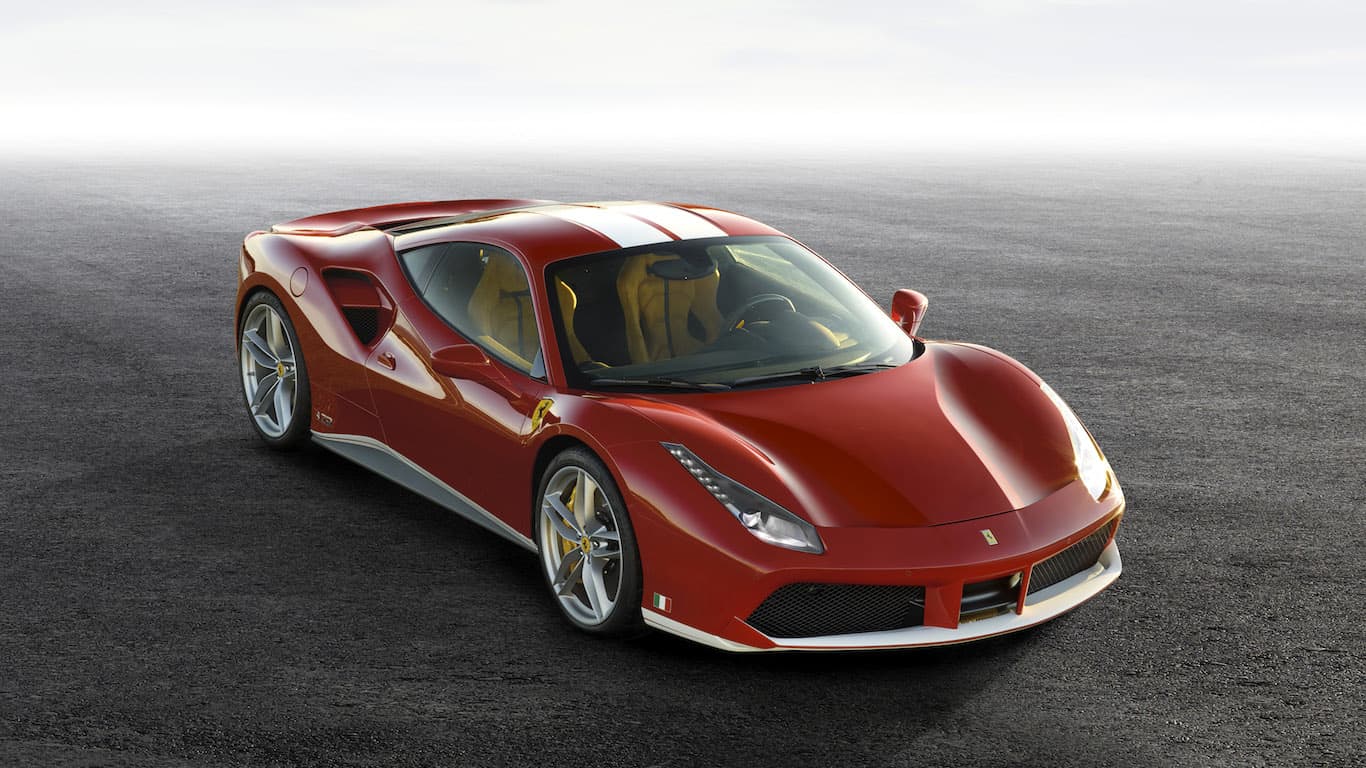 As part of Ferrari’s 70th anniversary celebrations in 2017, the Italian brand revealed a range of 70 special editions celebrating key models and liveries. Naturally, Michael Schumacher features on Ferrari’s list, and this time his name graced a range of supercars. This livery is specifically inspired by the F2003-GA F1 car, which Schumacher drove to championship victory in 2003. 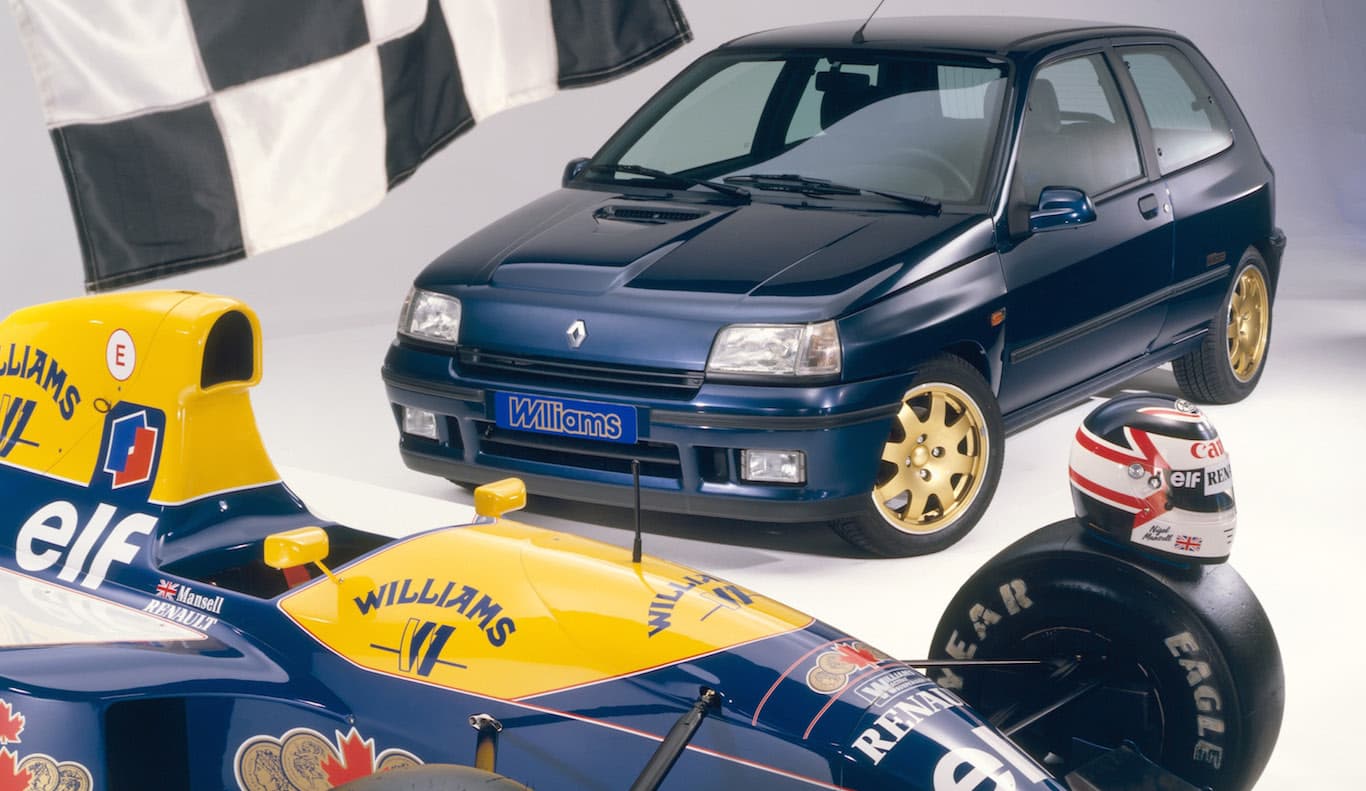 In the early 1990s Williams-Renault was a dominant force in Formula 1, with Constructors’ titles in 1992, 1993 and 1994. The first-generation Clio was also enjoying success as the 1991 European Car of the Year. Combining the two, and adding a 150hp 2.0-litre engine and gold Speedline wheels, produced an iconic hot hatch. The Clio Williams now attracts a cult following. 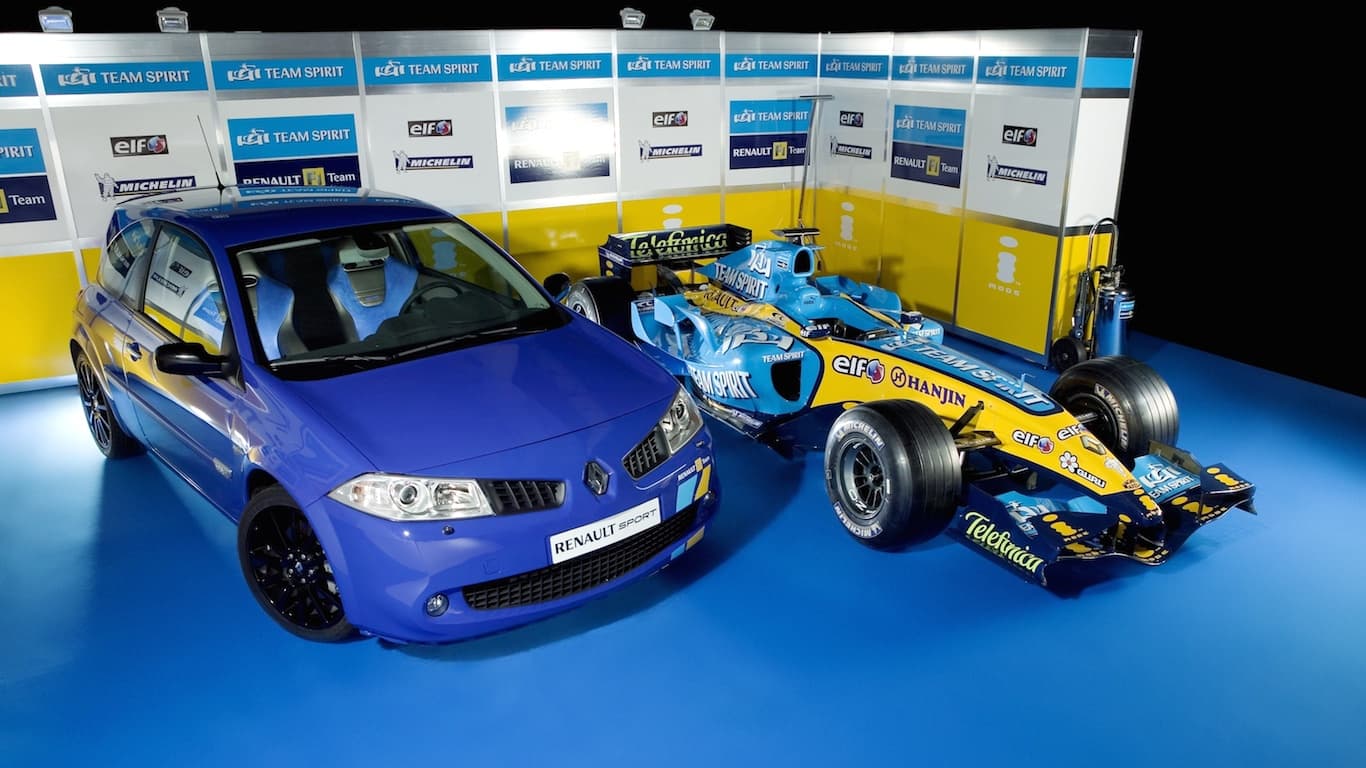 As a contender for the longest name on our list, Renault’s celebration of both 2005 Drivers’ and Constructors’ F1 Championships is a contender. Ultra Blue paintwork, matched with very bold decals and black alloy wheels made the 225 F1 Team visually impressive. Under the bonnet lurked the same 2.0-litre turbo engine as the regular Megane RS. 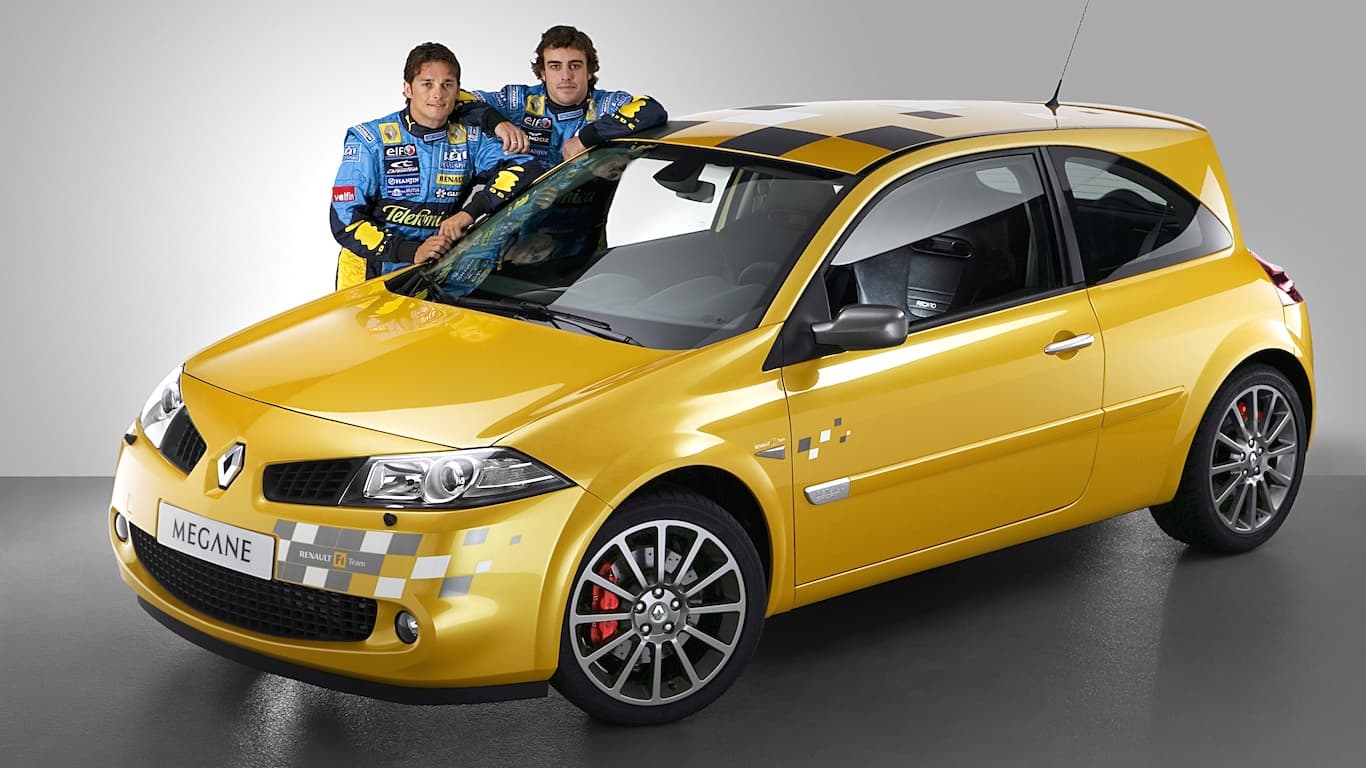 In order to celebrate back-to-back title successes, Renault made the name for the 2006 special edition Megane even longer. But, along with crazier graphics and a wider choice of colours, Renaultsport also added 5hp and a limited-slip differential. The latter made it popular with those fond of track days, and arguing on internet forums about which Megane is best. 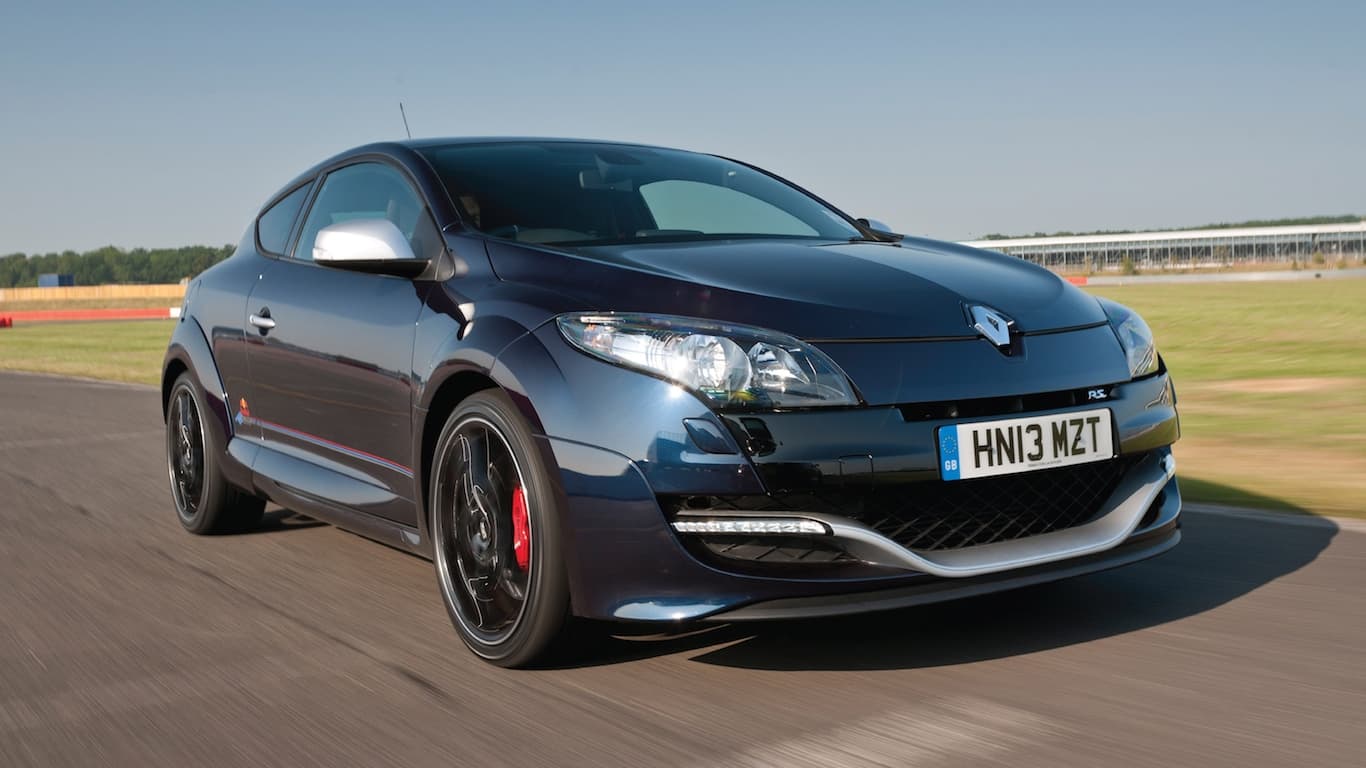 Ah, how fondly Renault must look back on 2013. As the V8 engine in Red Bull Racing’s hugely successful F1 cars, in 2013 Renault could claim to have played a part in four continuous Constructors’ and Drivers’ titles. Enter the Megane RB8, with Twilight Blue paint, Recaro seats and Red Bull logos everywhere. Just maybe don’t mention what happened in 2014 when new F1 engine regulations were introduced… 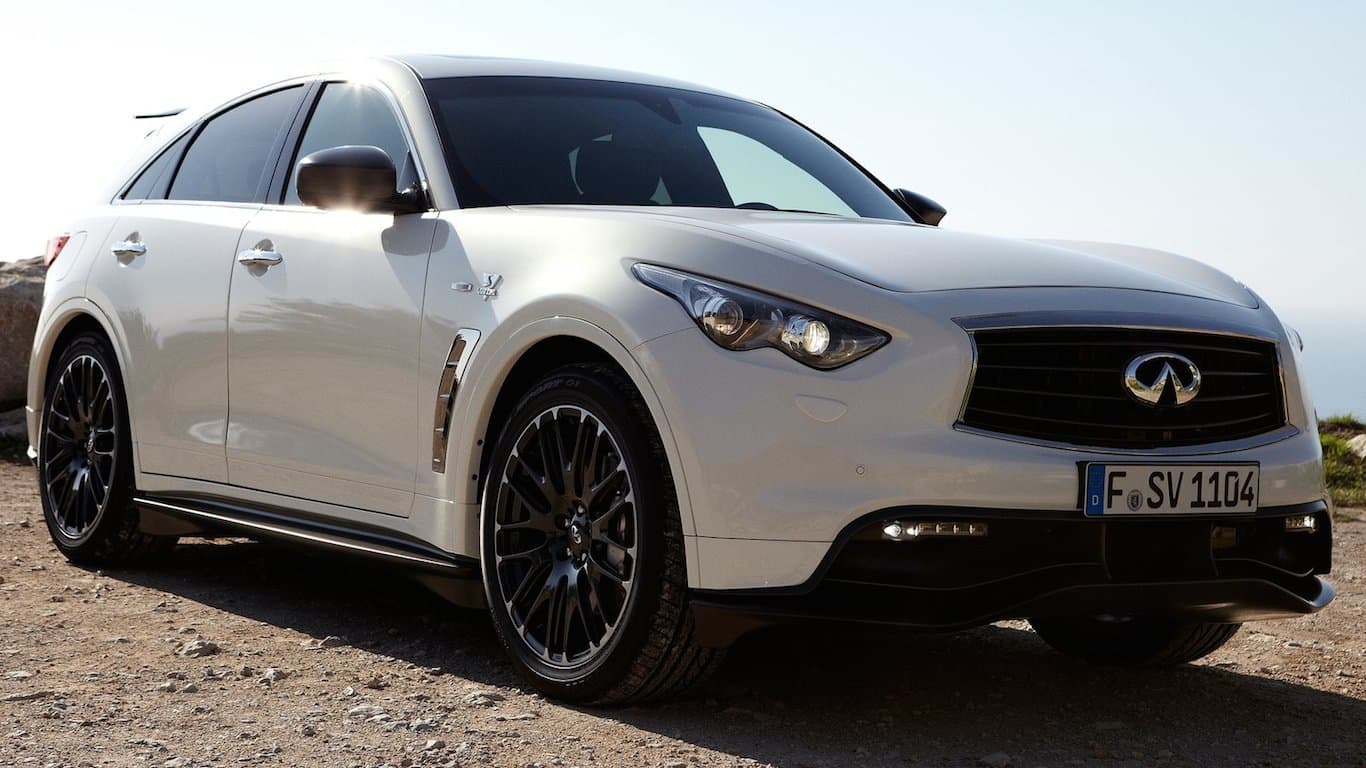 Much like Renault, Sebastian Vettel was riding the crest of a wave in 2013. He was racking up wins on track with consummate ease, thanks to his Red Bull Racing F1 car. For 2013, RBR’s title sponsor was Infiniti – somewhat confusing when Renault was the engine supplier. Matte white paintwork, an F1-inspired bodykit and a 420hp 5.0-litre V8 made for a tenuous motorsport link when applied to a luxury SUV. A retail price of over £100,000 in the UK meant you really had to be a Vettel fan to want one. 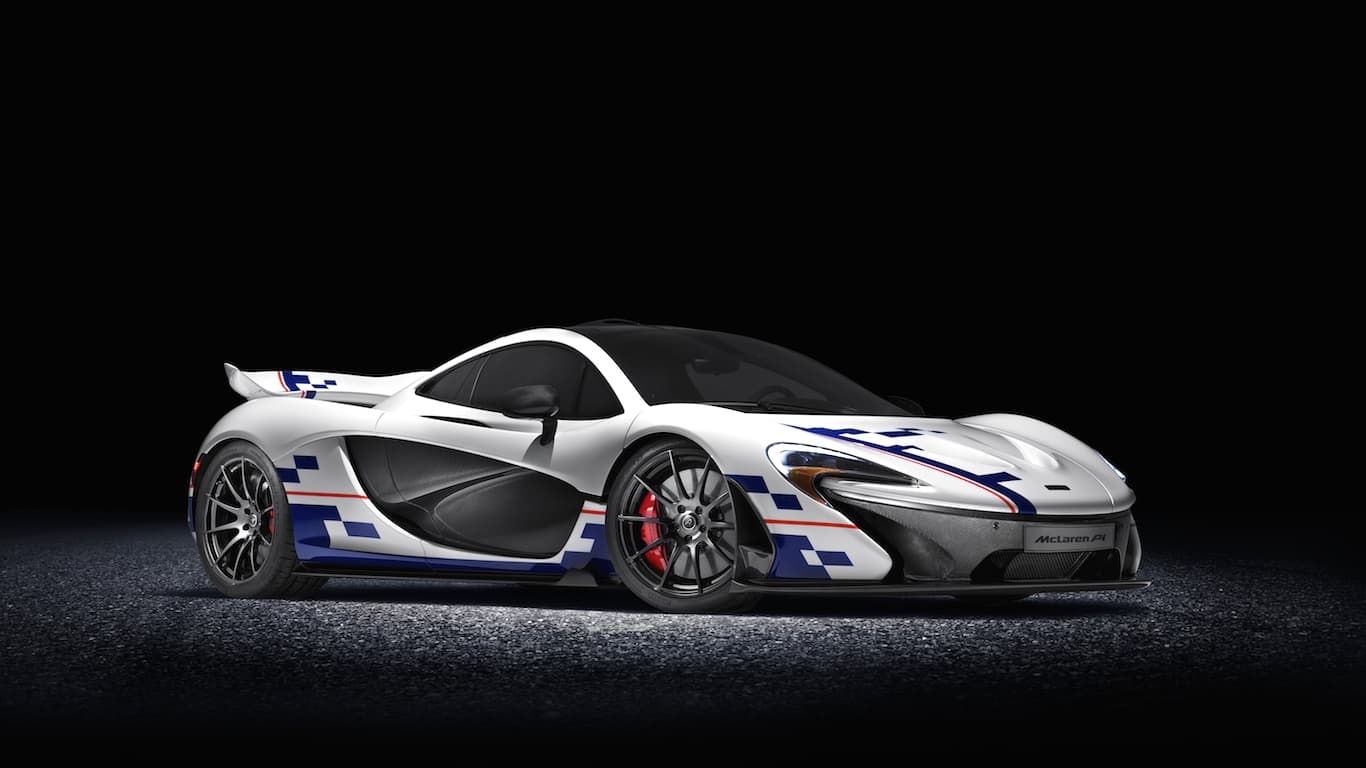 Alain Prost is a figure who courts controversy amongst F1 fans, due to his infamous rivalry with Ayrton Senna. Created for the 2015 Goodwood Festival of Speed, the Prost Edition McLaren P1 featured a unique red, white and blue livery based on the Frenchman’s helmet design. Prost won three F1 titles with the Woking-based team, hence garnering the attention of the McLaren Special Operations (MSO) custom division. 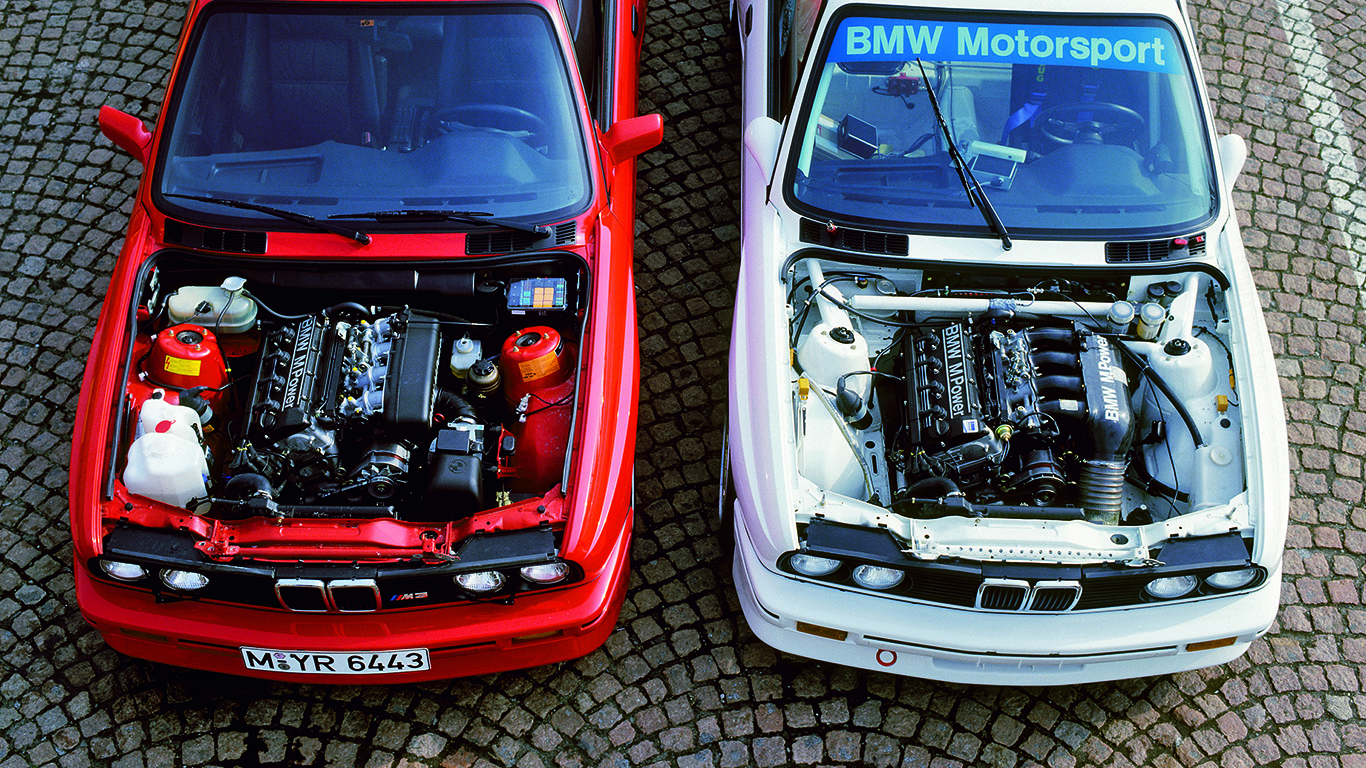 BMW went to town with the success of the E30 M3 in Touring Car racing. Venezuelan Johnny Cecotto took many of those victories, so was honoured with a limited edition of the M3 road car. The UK market received an even rarer version, named after Italian driver Roberto Ravaglia. He had claimed four championships with the M3. 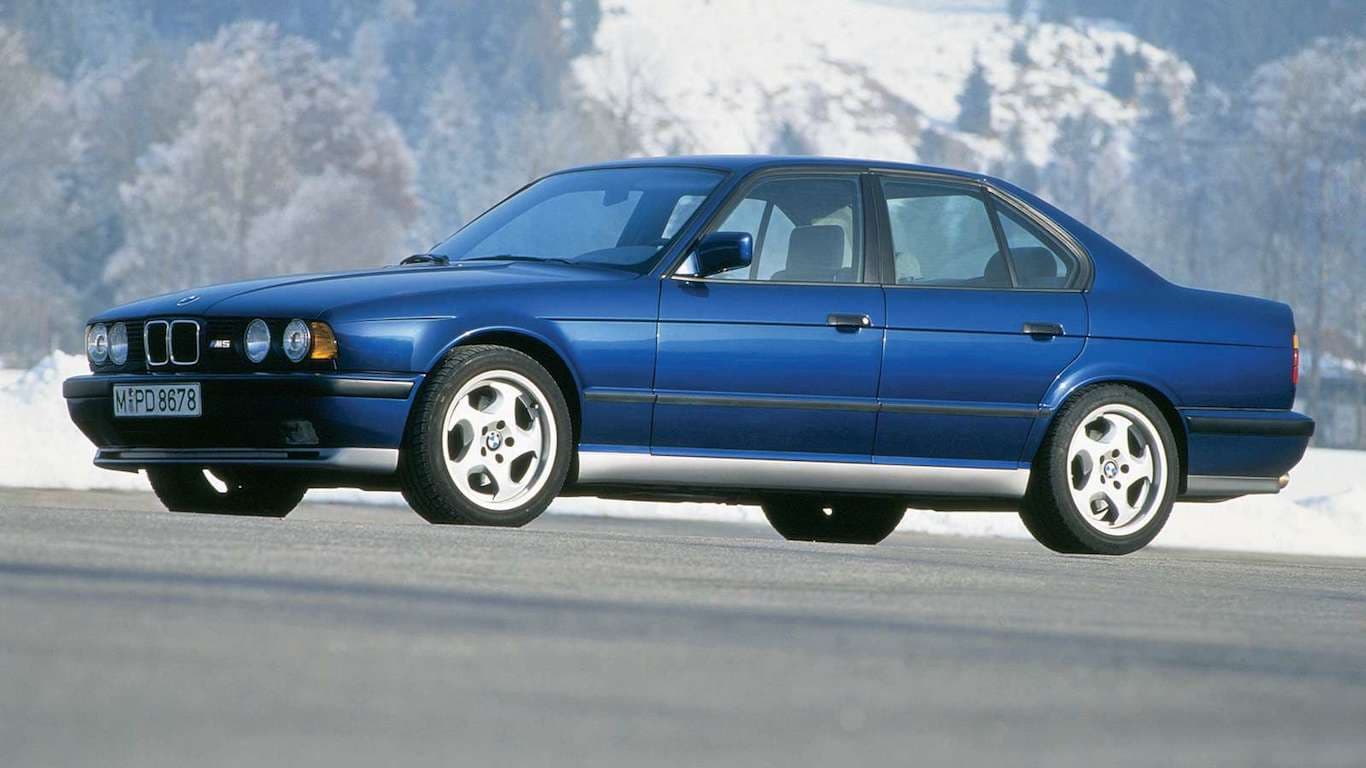 Johnny Cecotto proved to be a lucrative marketing device for BMW as, in 1991, his name was also added to a special version of the E34 M5. Cecotto picked his own colour combinations and interior trim for a limited-run super saloon. Joachim Winkelhock, winner of the 1990 and 1991 Nürburgring 24 Hours for BMW, also got to specify his dream lightweight M5. It came with reduced sound deadening and Recaro seats. 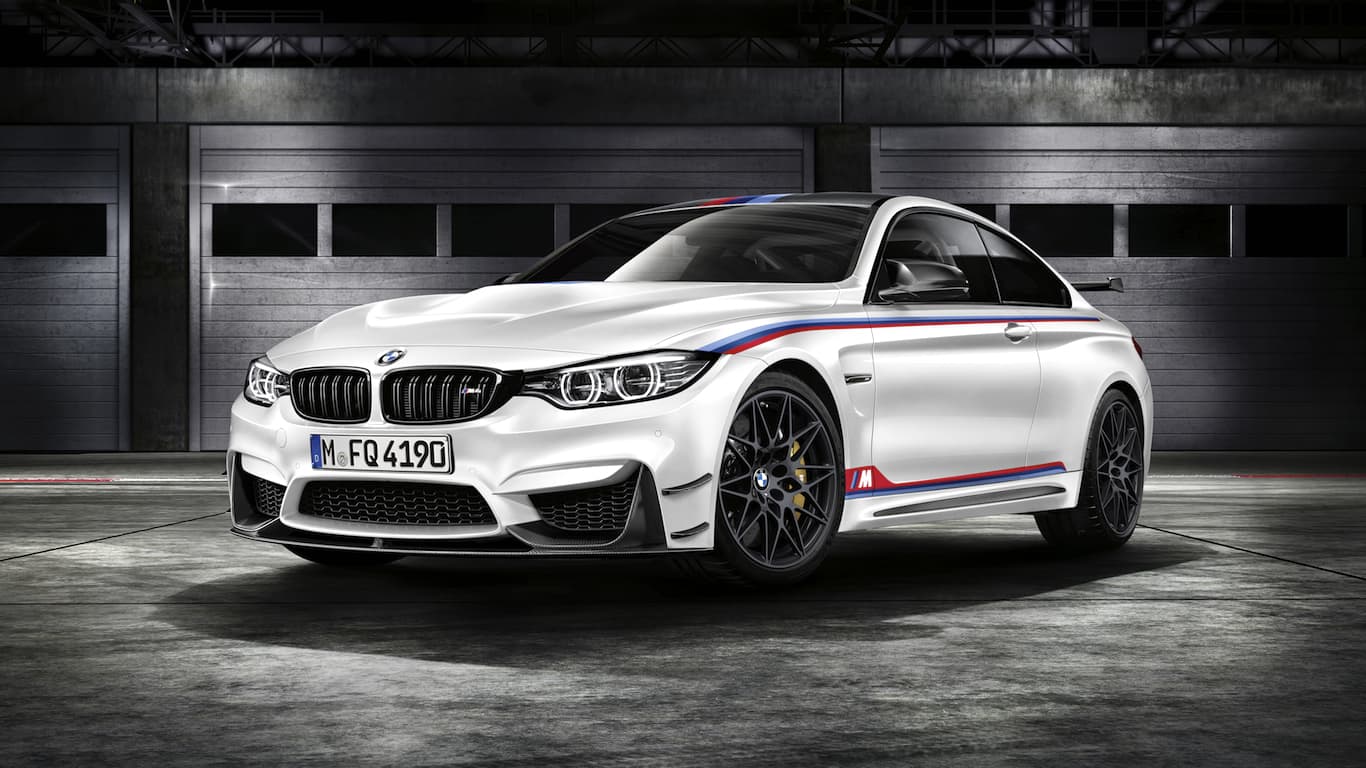 Marco Wittman’s victory in the 2016 DTM series gave BMW a chance to bust out the stickers again. Although you might not have heard of Wittman, this DTM special is a actually a thinly disguised version of the sold-out M4 GTS. With 500hp and a giant rear wing to boot, you’ll probably not care about having to try and explain who your car is meant to be honouring. 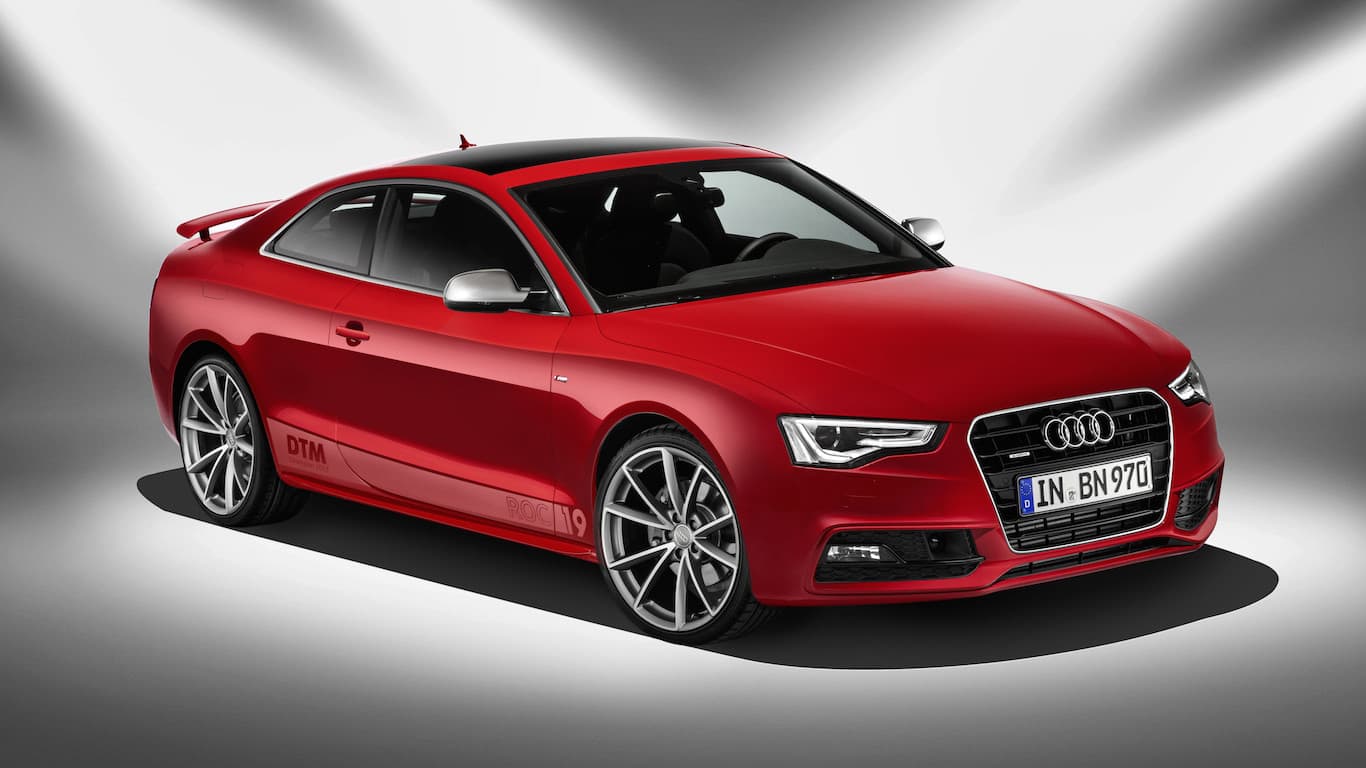 The DTM series has a track record for producing celebratory limited editions. Back in 2013, Audi used Mike Rockenfeller’s championship win to produce 300 special examples of the A5. Sadly, there was no thumping race car-derived V8 engine beneath the bonnet, but a 2.0-litre diesel. It didn’t come to the UK, but we’re not too sad about that. 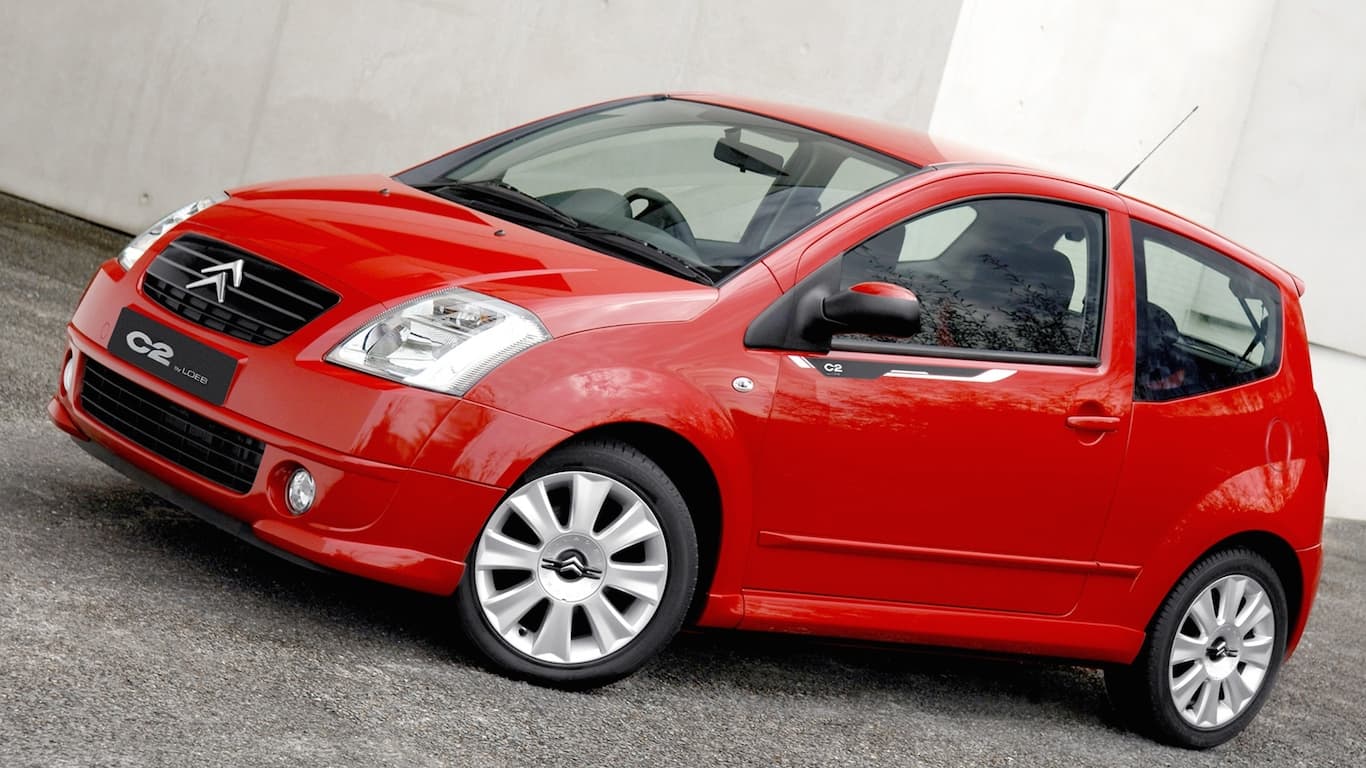 When a height-adjustable driver’s seat counts as a feature in a press release, expectations are set low. That was a key feature for Citroen’s special edition of the C2 supermini in honour of Sebastien Loeb’s four WRC titles from 2003 to 2006. A choice of red or black paintwork, plus the option of a SensoDrive robotised manual gearbox, were as good as it got for the C2. 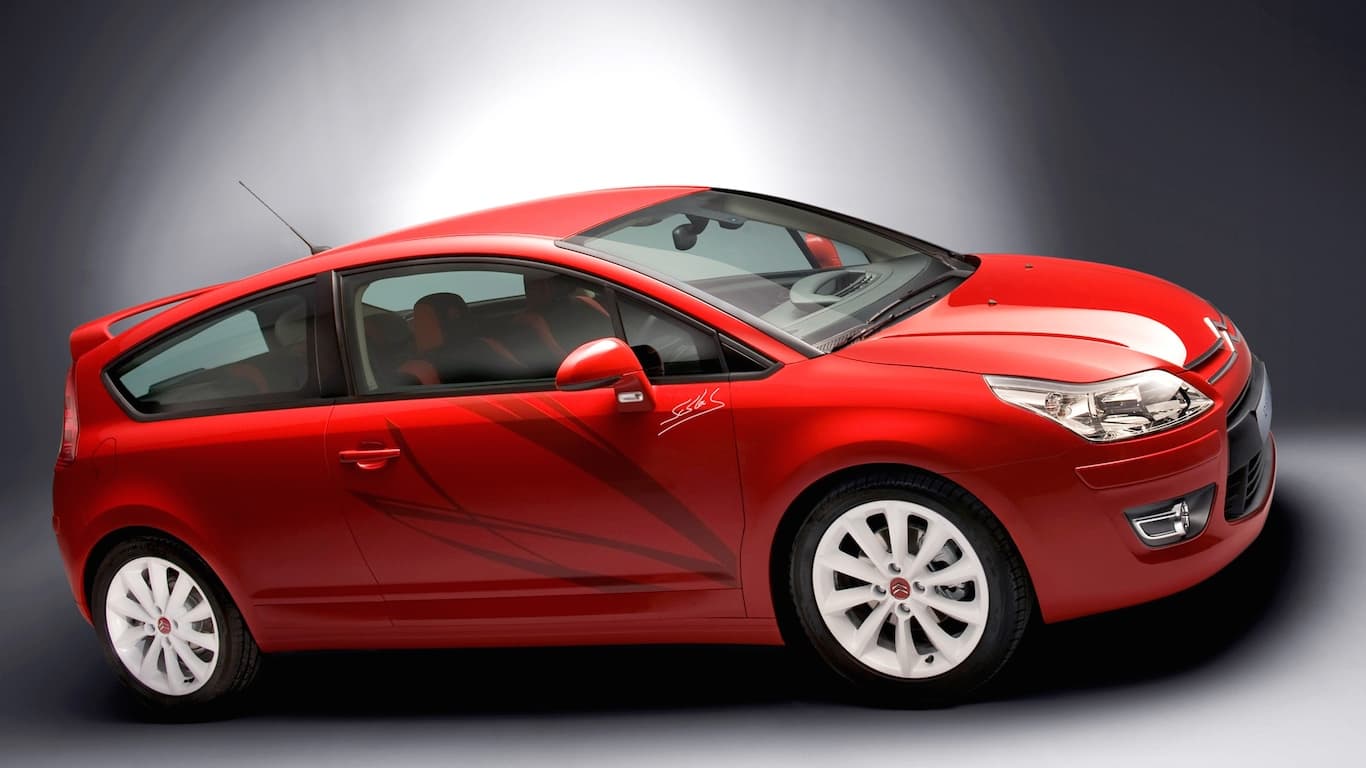 While Loeb would use a Citroen C4 in his (successful) assault on the 2007 World Rally Championship, the road car was not a flame-spitting replica. There’s no four-wheel drive or big turbo engine to be found here. A 180hp 2.0-litre 16v petrol was the quickest engine on offer, but then we’re pretty sure Loeb’s work machine didn’t come with a leather trimmed armrest or cruise control as standard. Swings and roundabouts, as they say. 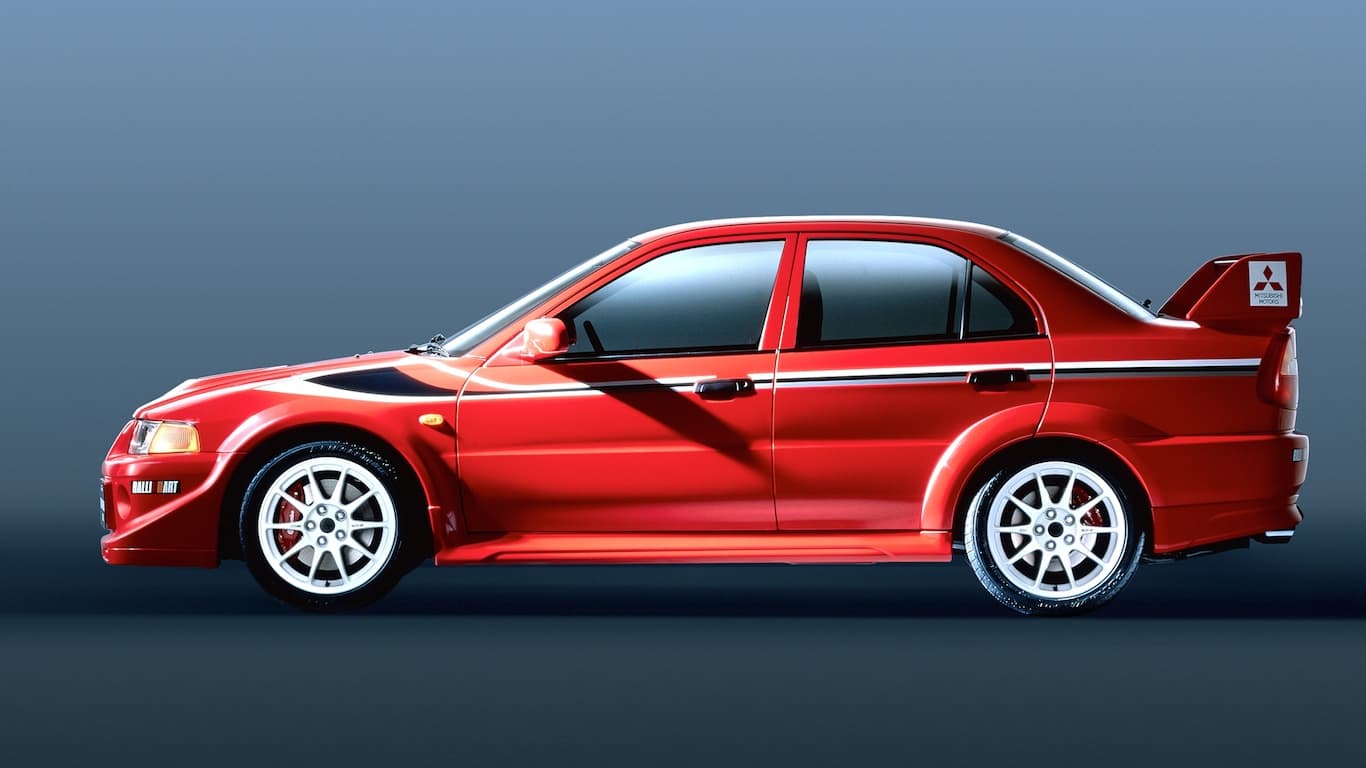 Before Sebastien Loeb there was Tommi Makinen, a Finn who dominated rallying with four WRC championships for Mitsubishi between 1996 and 1999. Thankfully the Lancer Evo was a genuine rally replica, so the addition of a bespoke bodykit, uprated turbocharger and lowered suspension only made it even quicker and cooler. 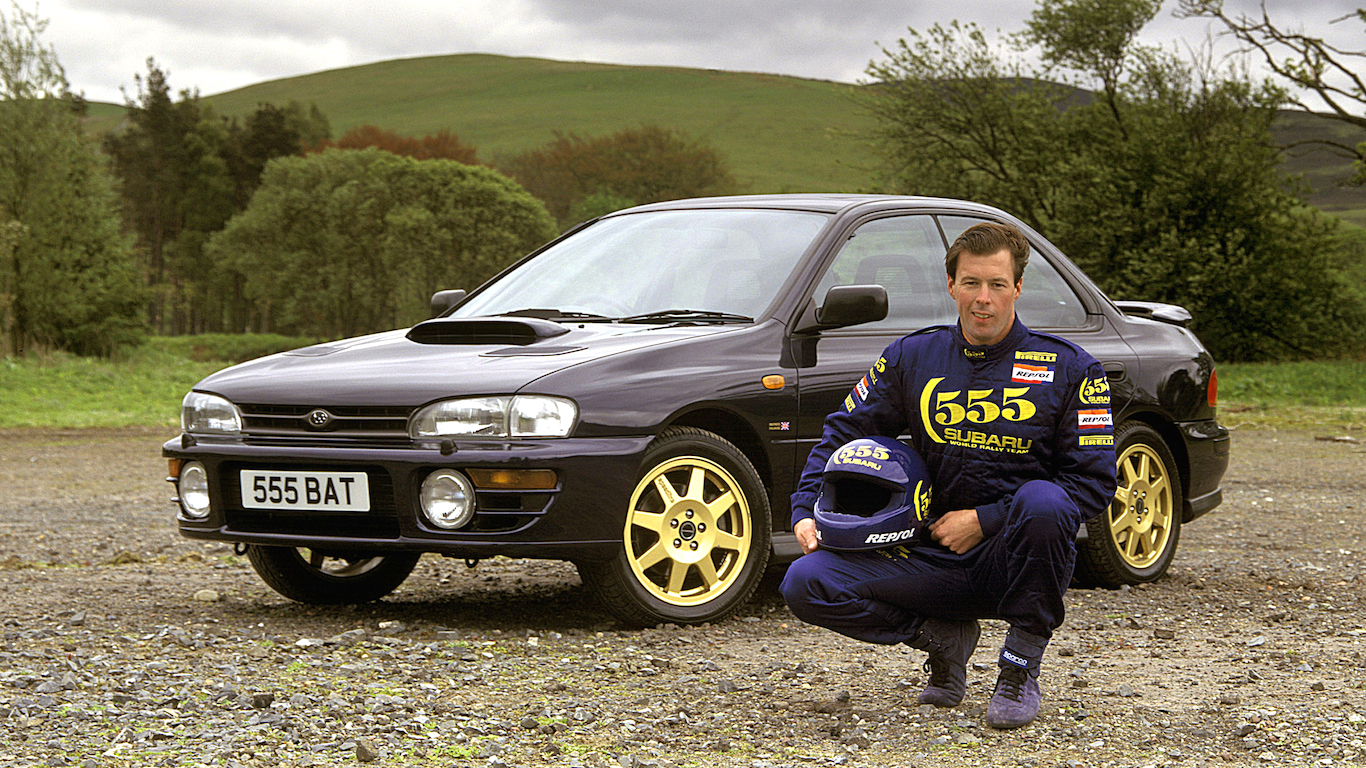 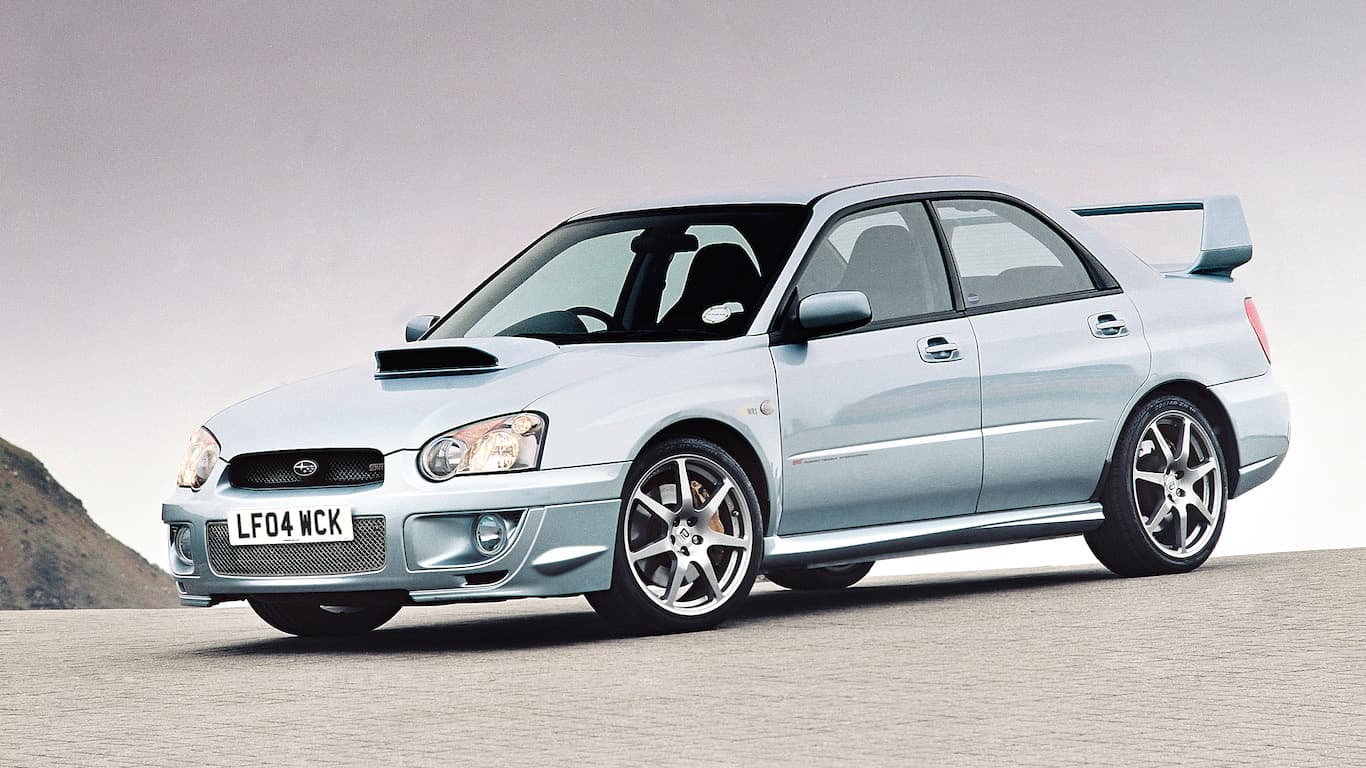 Norwegian Petter Solberg took the 2003 WRC title fight down to the wire, and emerged victorious over the pesky Sebastien Loeb by one point. To celebrate, Subaru produced 1,000 examples of the WRX STI in a special Ice Blue colour scheme. With power increased to 320hp, and lowered suspension springs provided by Prodrive, the WR1 had bark to match its visual bite. 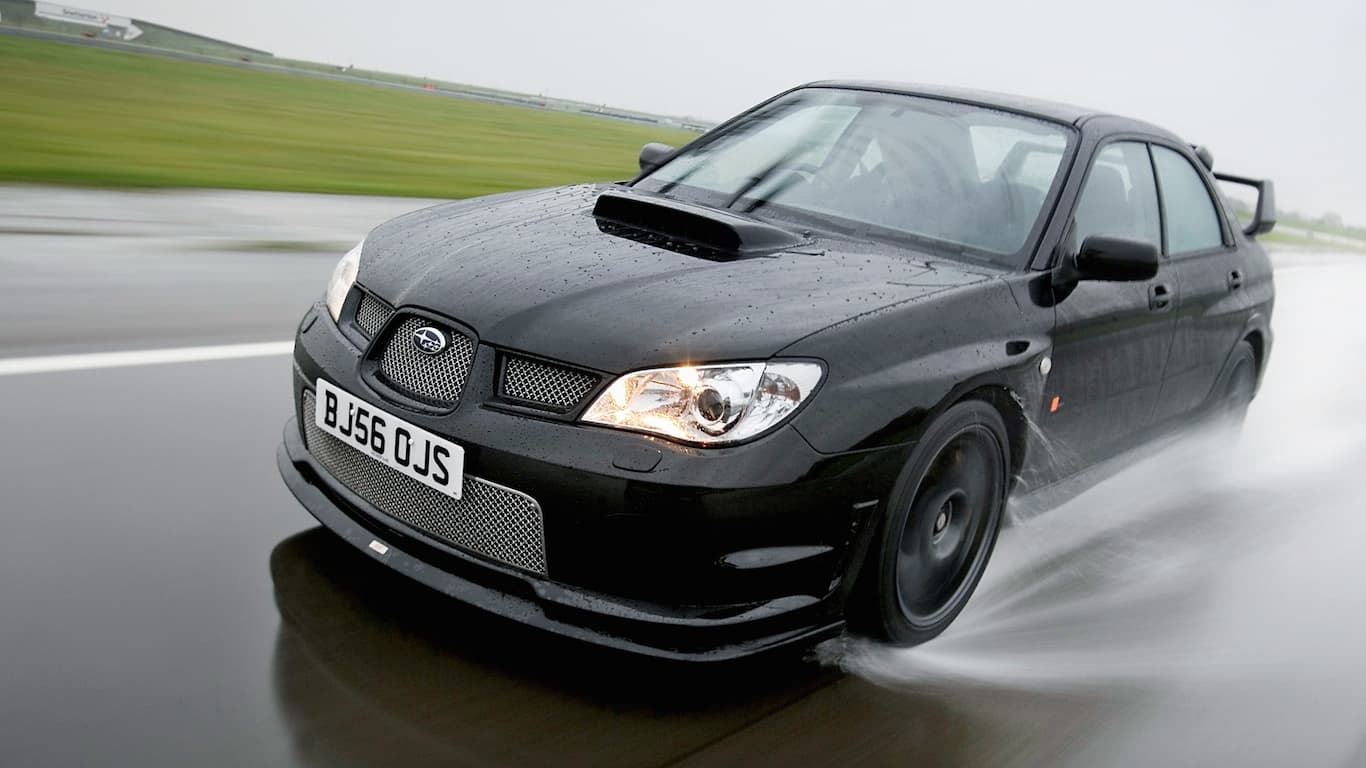 Richard Burns is the only Englishman to be a World Rally Champion, and he did it with Subaru in 2001. Tragically, he died from a brain tumour in 2005 at the age of only 32. To commemorate his championship victory and WRC legacy, Subaru built the RB320 – available only in Obsidian Black. The first car produced was auctioned off, with proceeds going to the Richard Burns Foundation. 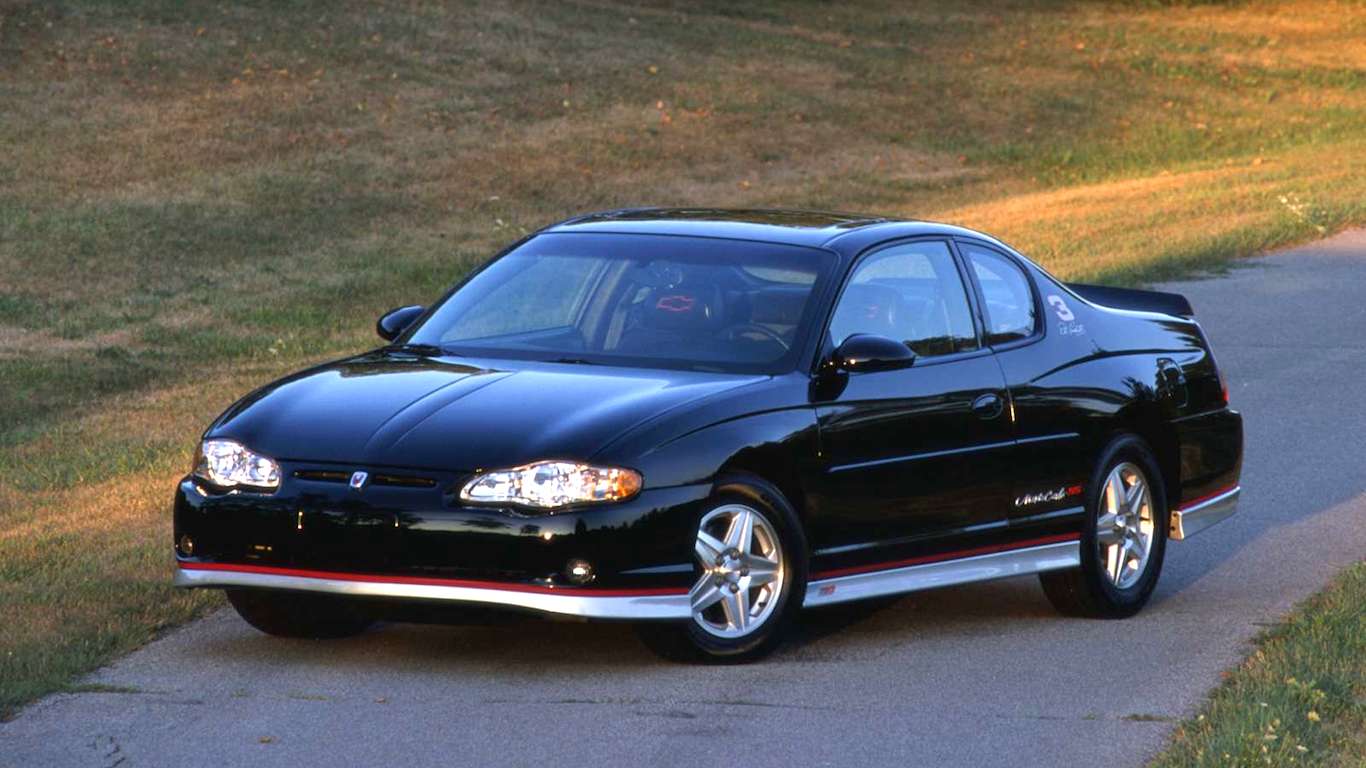 Dale Earnhardt was a giant of NASCAR racing, taking seven Winston Cup titles and earning the nickname of ‘The Intimidator’ for his aggressive driving style. This made his death, in a final lap accident during the 2001 Daytona 500, even more shocking to the NASCAR community. In his memory, 3,333 Monte Carlo SS models, featuring a colour scheme based on his iconic NASCAR, were built. Today they prove to be desirable collectors items for fans. 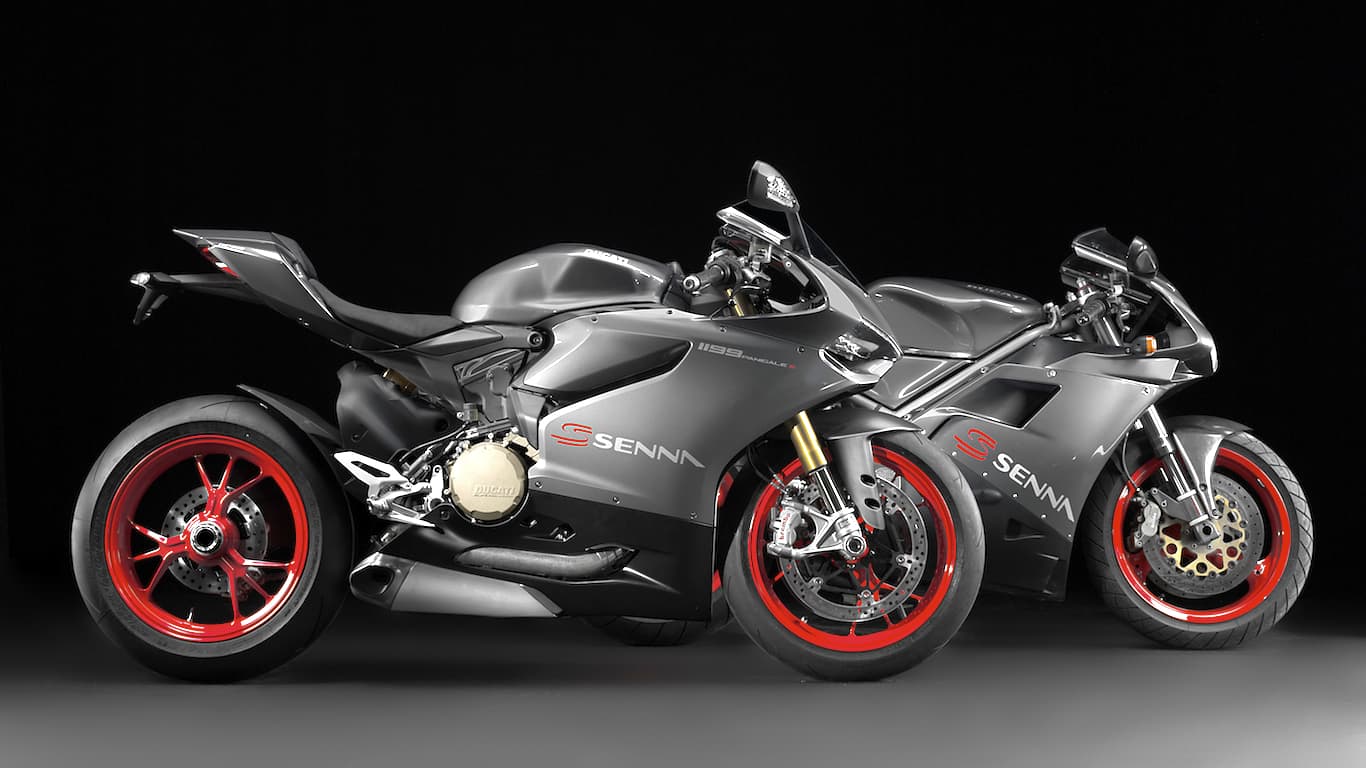 Ayrton Senna is widely revered as being one of the most talented drivers to grace the F1 stage. His tragic death in 1994 created a shockwave through the sport and beyond. Senna had signed off on a special edition Ducati 916 shortly before his untimely death, with production completed in his honour. Twenty years later, Ducati recreated a Senna version of the 1199 superbike, with net proceeds from the sale of the 161 examples being donated to the Senna Foundation.

Toyota has revealed a concept version of its forthcoming hydrogen-powered Mk2 Mirai, due to debut at the Tokyo Motor Show.
Read more
Car News

The Nissan Juke, Peugeot 208, Renault Clio, Skoda Kamiq and Vauxhall Corsa are all in the running for the AUTOBEST title of Best Buy Car of Europe 2020
Read more
Car News

Discovery Sport replaces Freelander and much more besides: priced from £32,395 and on sale January 2015, has Land Rover got another Evoque-style blockbuster on its hands?
Read more
Car News

The government has published a ‘league table‘ of electric charging stations, highlighting what it calls a ‘gap in provision’.
Read more

Many are planning trips to London over Christmas for shopping, social occasions and more. How much will it cost, and how can you save?
Read more
Advice