How Mercedes-Benz steering wheels have evolved in 120 years

The 2020 Mercedes-Benz E-Class features a trick new steering wheel. Here, we look back at 120 years of steering wheel design – from tiller to touchpads… 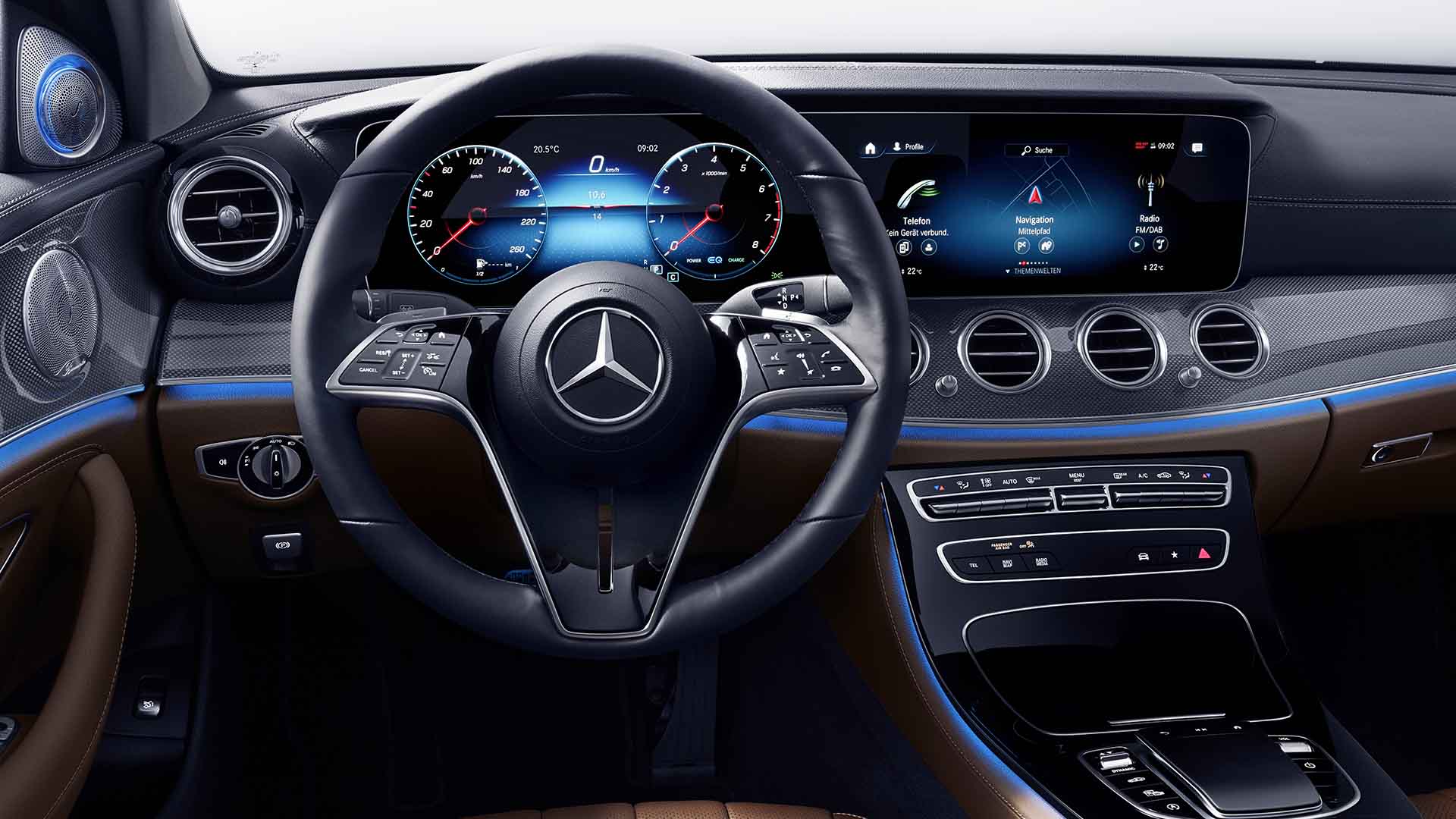 If you’ll excuse the pun, we’re about to witness a steering wheel revolution. The facelifted Mercedes-Benz E-Class will see the debut of the capacitive steering wheel.

It contains a two-zone sensor that detects whether the driver is gripping the wheel. The touch control buttons placed in the spokes also work with digital signals.

Mercedes says it will enable the driver to “comfortably and safely operate numerous comfort and assistance systems”, not forgetting the simple act of steering the car.

Here, we take a look back at 120 years of steering wheel development at Mercedes-Benz. 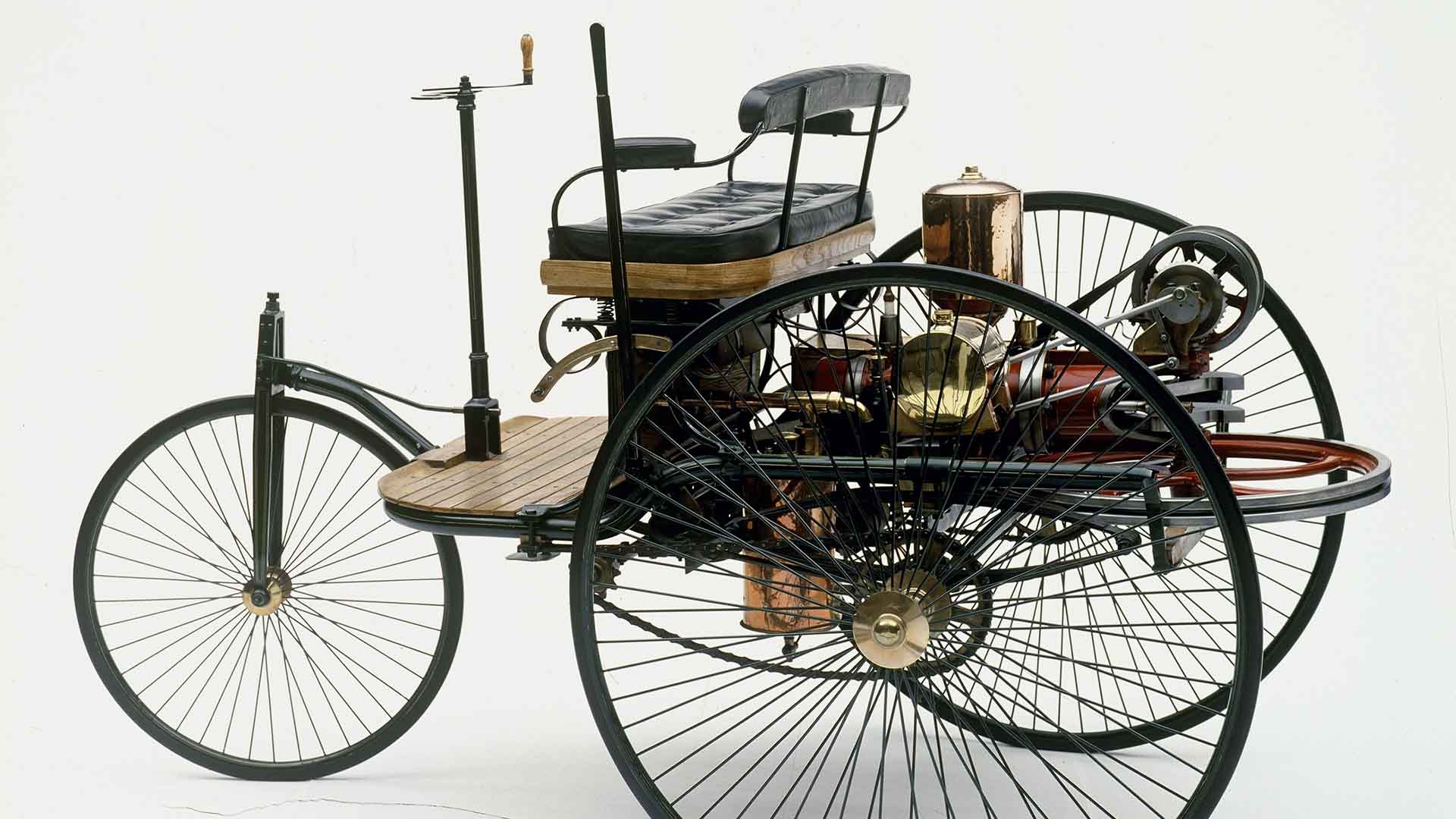 In January 1886, Carl Benz applied for a patent for his ‘vehicle powered by a gas engine’. The Benz Patent-Motorwagen represents the birth of the motor car, with the vehicle making its first public outing in July 1886.

Carl Benz designed the car as a three-wheeler because he wasn’t satisfied with the steering systems available for four-wheeled vehicles at the time. 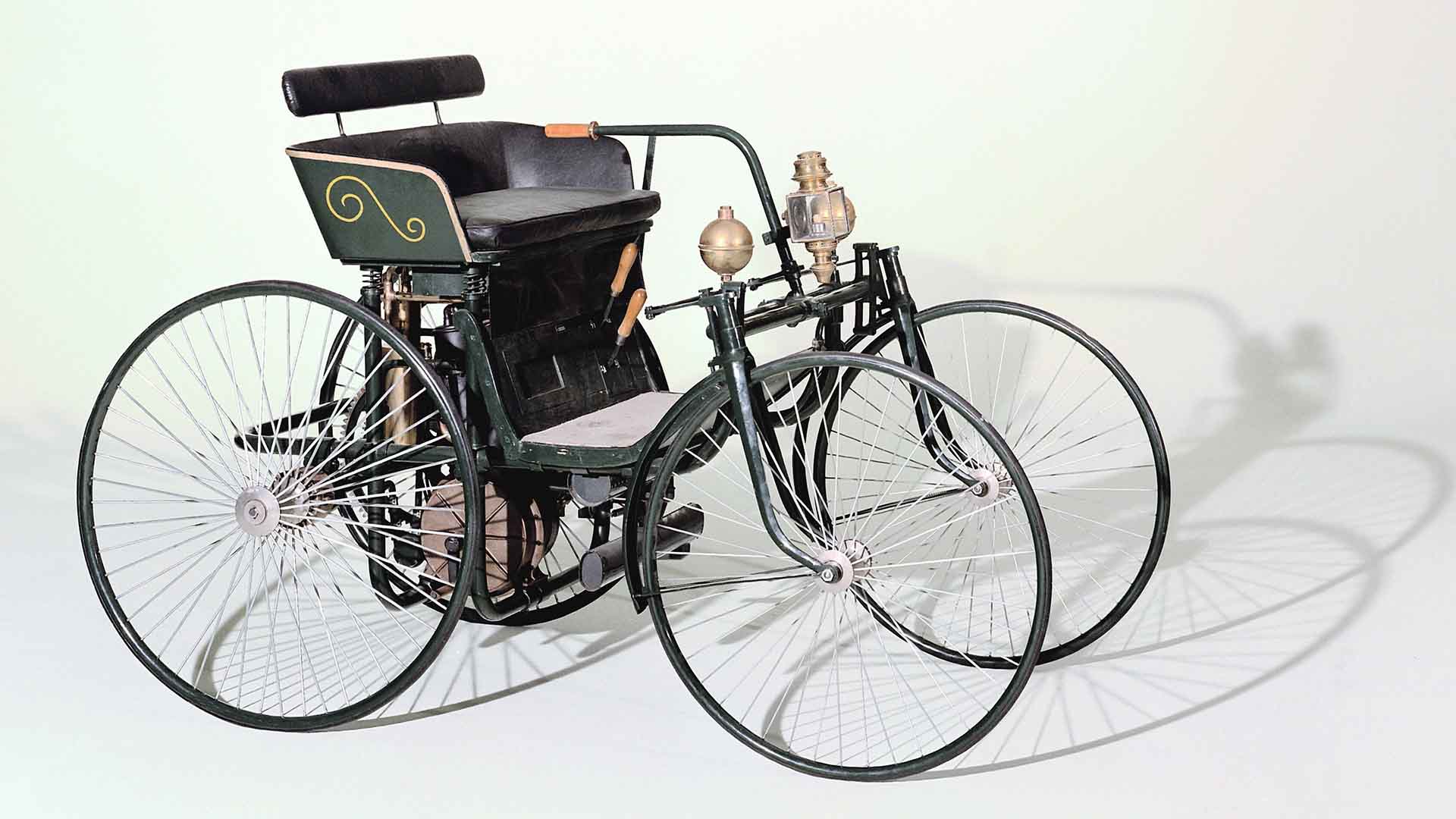 The Patent-Motorwagen, like the Daimler steel-wheeled car of 1889, relied on a simple steering lever or steering crank because, at the time, carriage drivers were used to pulling on the right or left rein to direct the horses in the desired direction. The steel-wheeled car featured a two-cylinder V-engine and the world’s first four-speed gear wheel transmission. 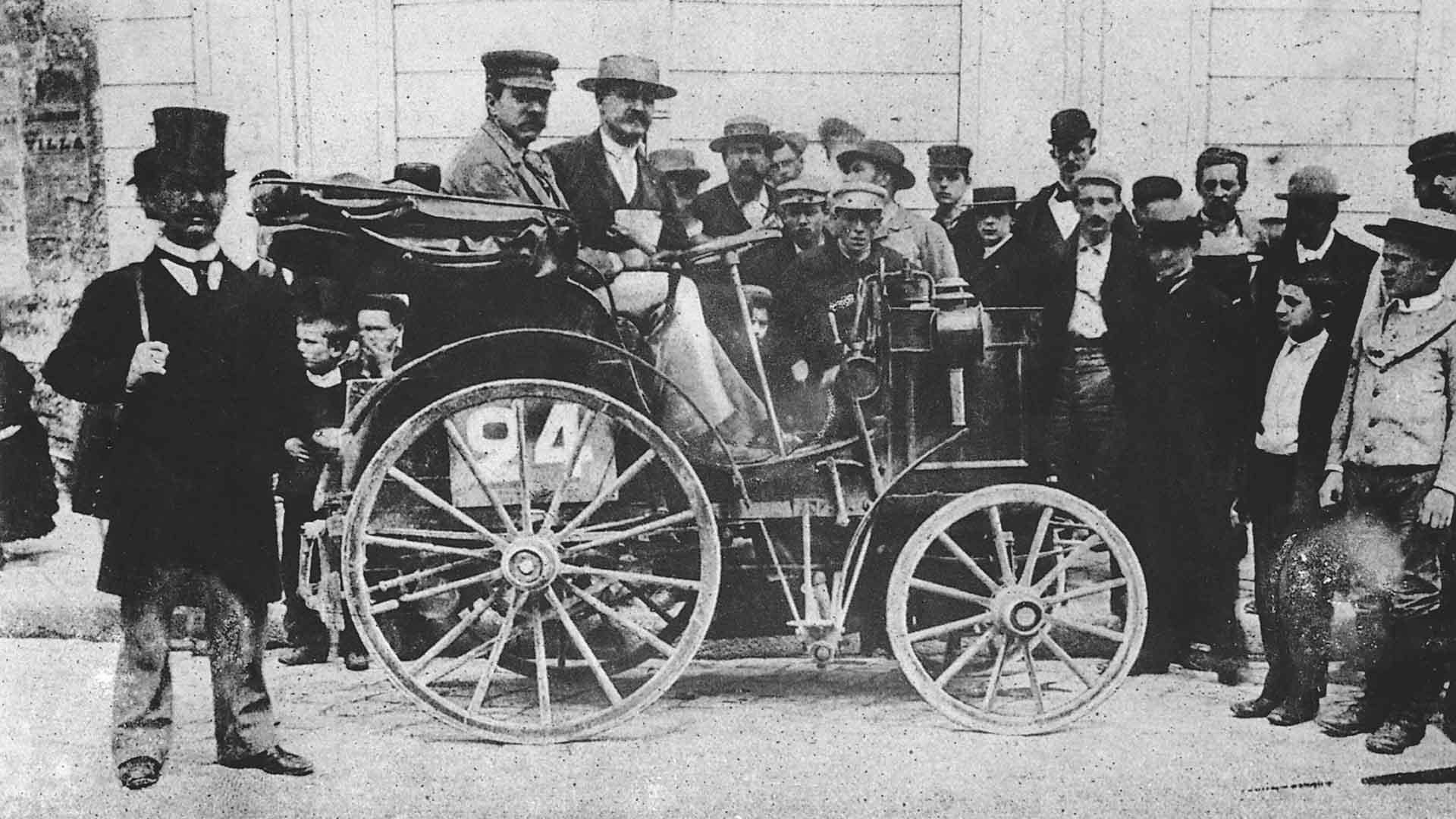 The French engineer Alfred Vacheron is credited as the inventor of the steering wheel. In 1894, the Frenchman entered the famous Paris-Rouen race in a Daimler-powered Panhard equipped with a steering wheel. Vacheron finished 11th, but he left a lasting legacy on the history of the motor car. Panhard introduced a steering wheel in all its models in 1898. 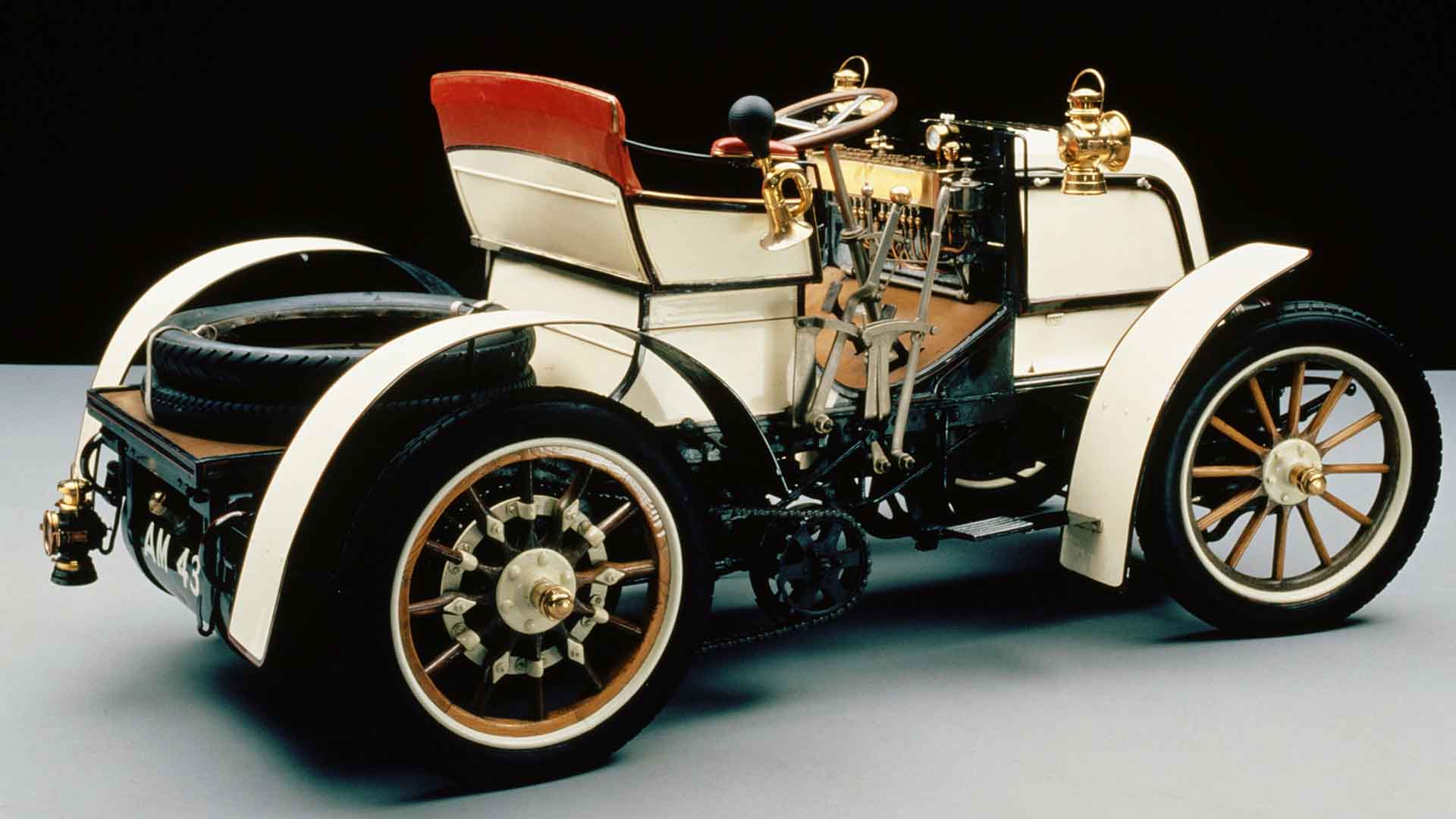 In 1900, Daimler equipped its Phoenix racing car with a steering wheel. In this case, the steering column was tilted, which made it easier to operate. These were the first Daimler motor cars to feature a front-mounted engine. A Phoenix was also the first car entered in a race by Emil Jellinek, under the pseudonym of ‘Mercedes’ – the birth of a famous name. 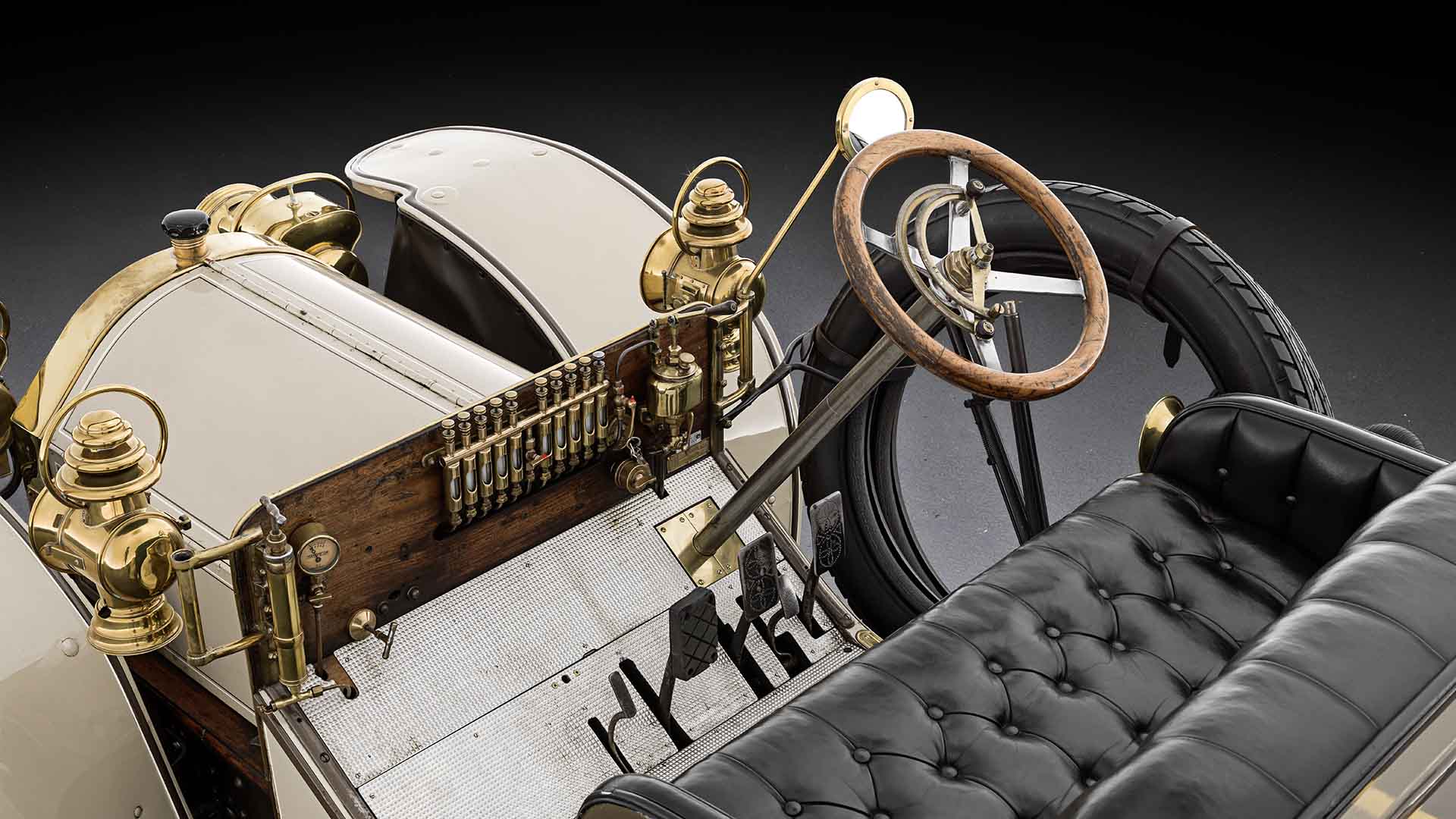 In the Mercedes Simplex models of 1902, the company introduced additional levers on the steering wheel which had to be used to regulate essential engine functions such as ignition timing and air/fuel mixture. 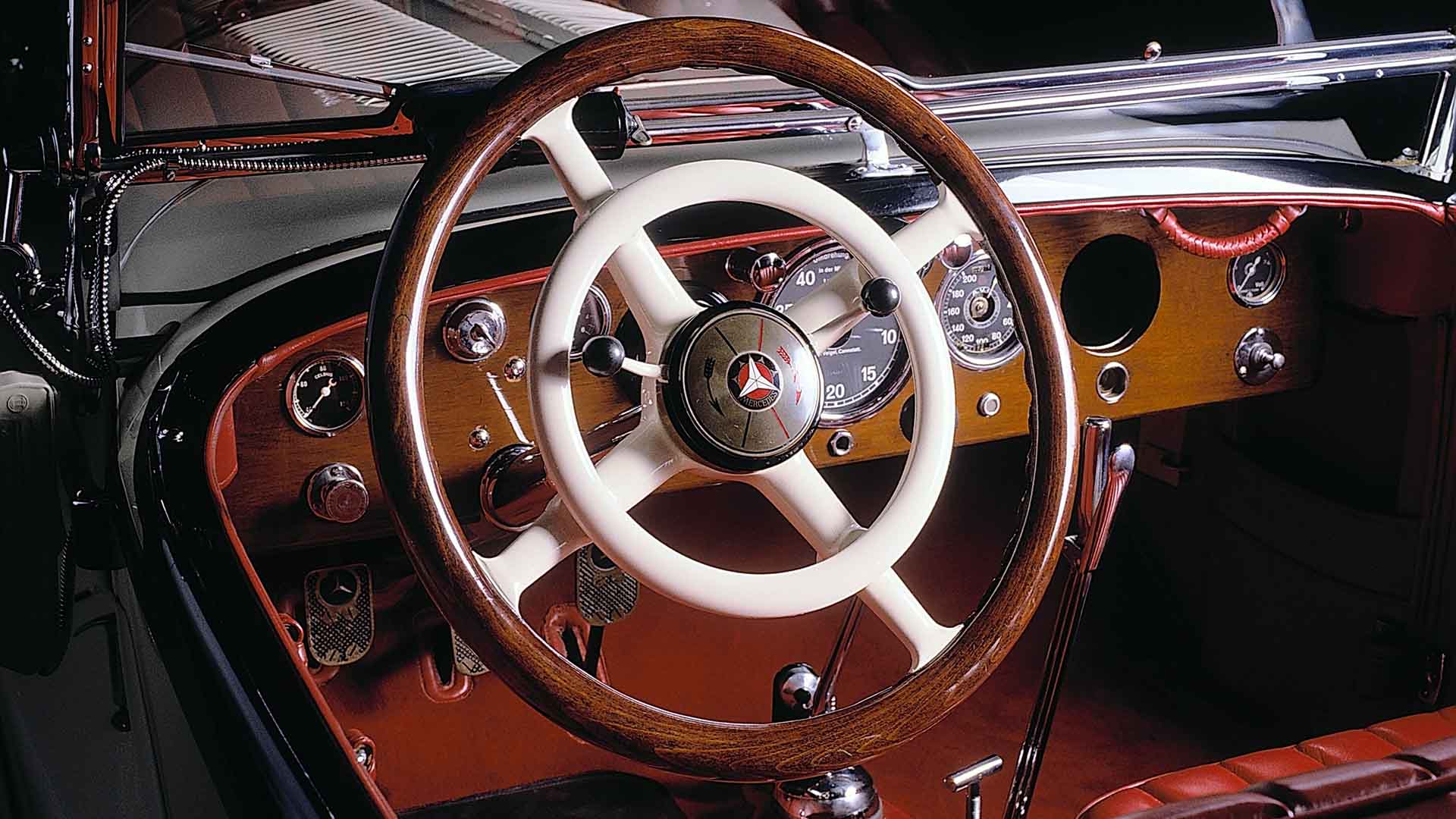 By the 1920s, Mercedes steering wheels had evolved into more elegant affairs, becoming a central part of the car’s aesthetics. Hans-Peter Wunderlich, creative director of interior design at Mercedes-Benz, says: “Besides the seat, the steering wheel is the only component in the vehicle with which we have intensive physical contact.” The horn ring made its debut in the 1920s. 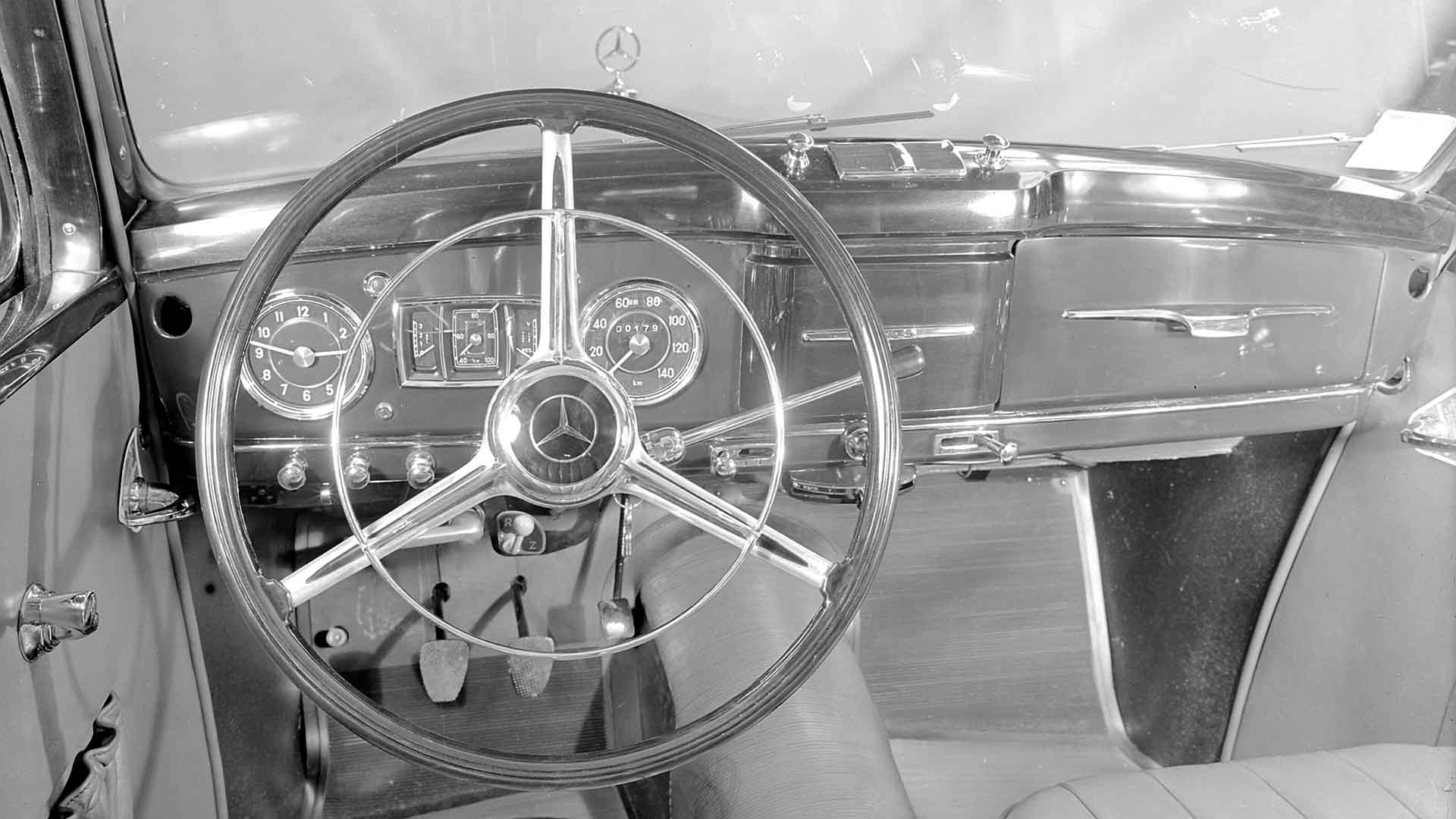 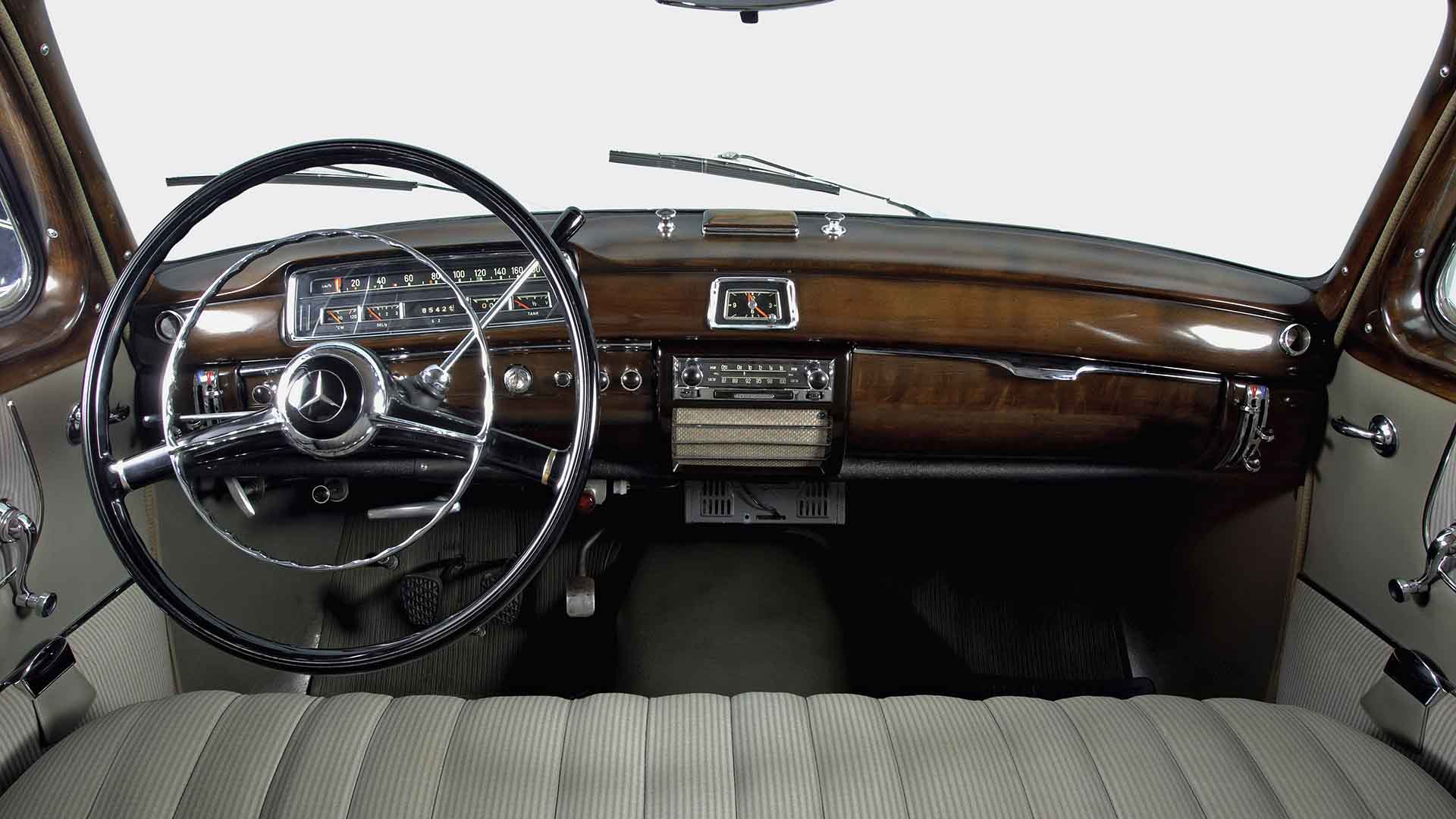 Mercedes-Benz added a headlight flasher to the steering wheel in 1955. Meanwhile, Mercedes introduced power steering in the 300 saloon of 1958. Seven years earlier, Chrysler became the first company to introduce power steering in a passenger car, with the launch of Hydraguide. 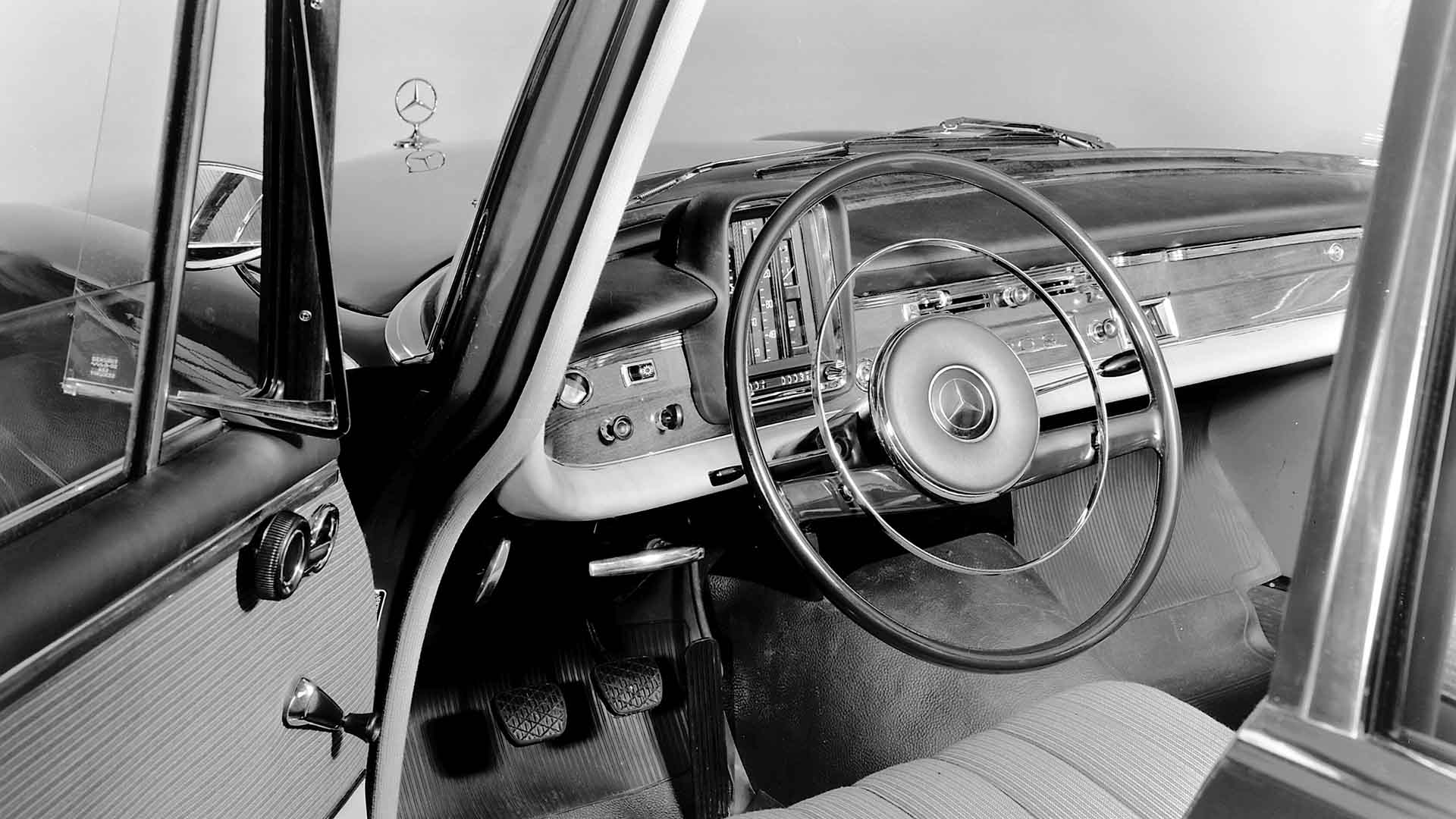 In 1959, the Mercedes-Benz W111 was the world’s first car to feature an integrated safety concept comprising a stable passenger cell and crumple zones. Crucially, from the perspective of this gallery, it also featured a safety steering wheel with a large, deformable baffle plate, plus a split steering column which was offset to the rear. Mercedes also introduced a telescopic steering column and impact absorber, which became standard in 1967. 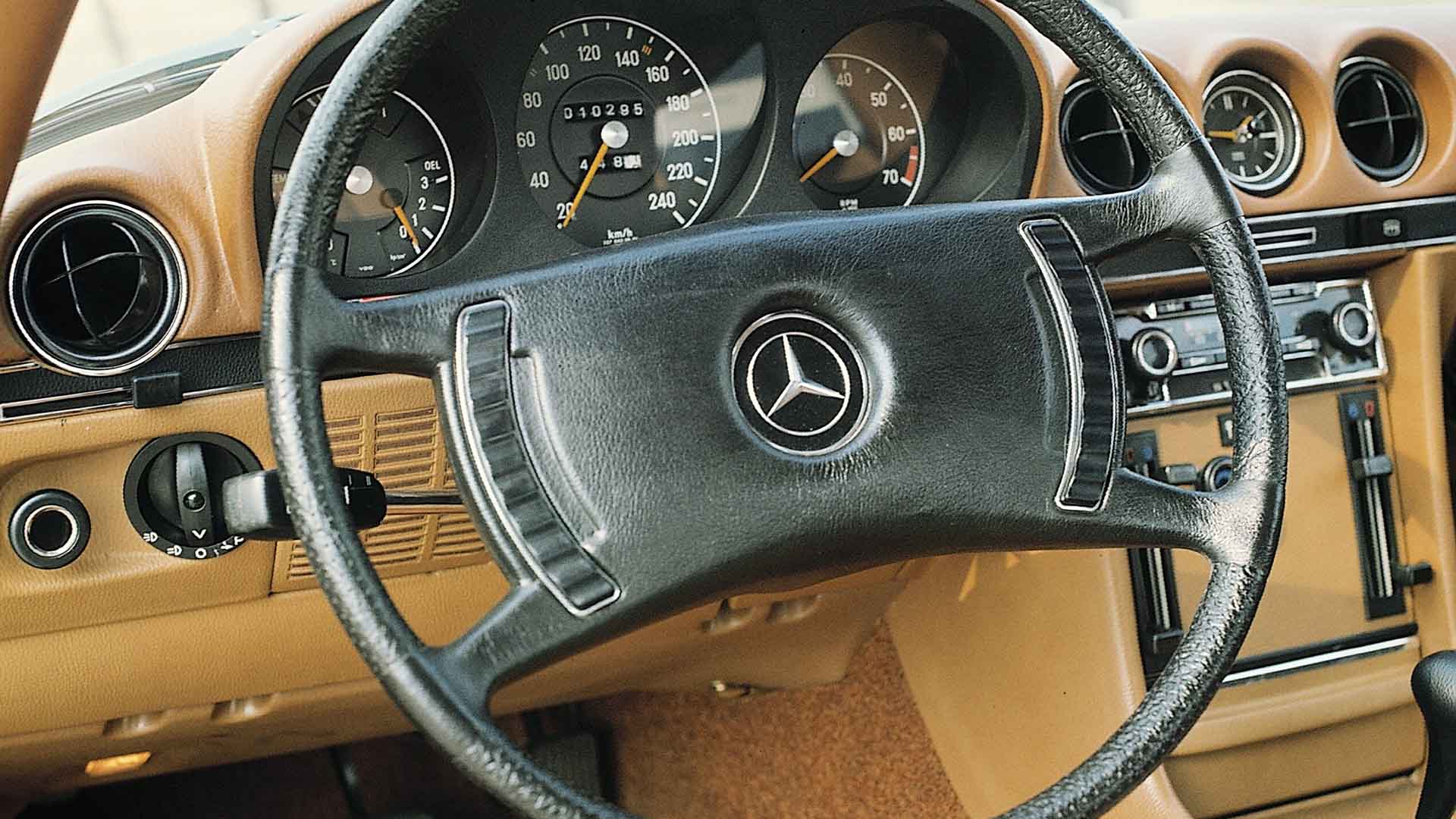 The four-spoke steering wheel arrived in 1971, when it appeared on the Mercedes-Benz SL 350. Improved impact protection was provided by the wide padded plate. In the event of a collision, the four spokes absorbed forces and transmitted them in such a way that the steering wheel rim could not break. Meanwhile, the operation for the horn was moved to the centre of the steering wheel.

S-Class debut for the airbag 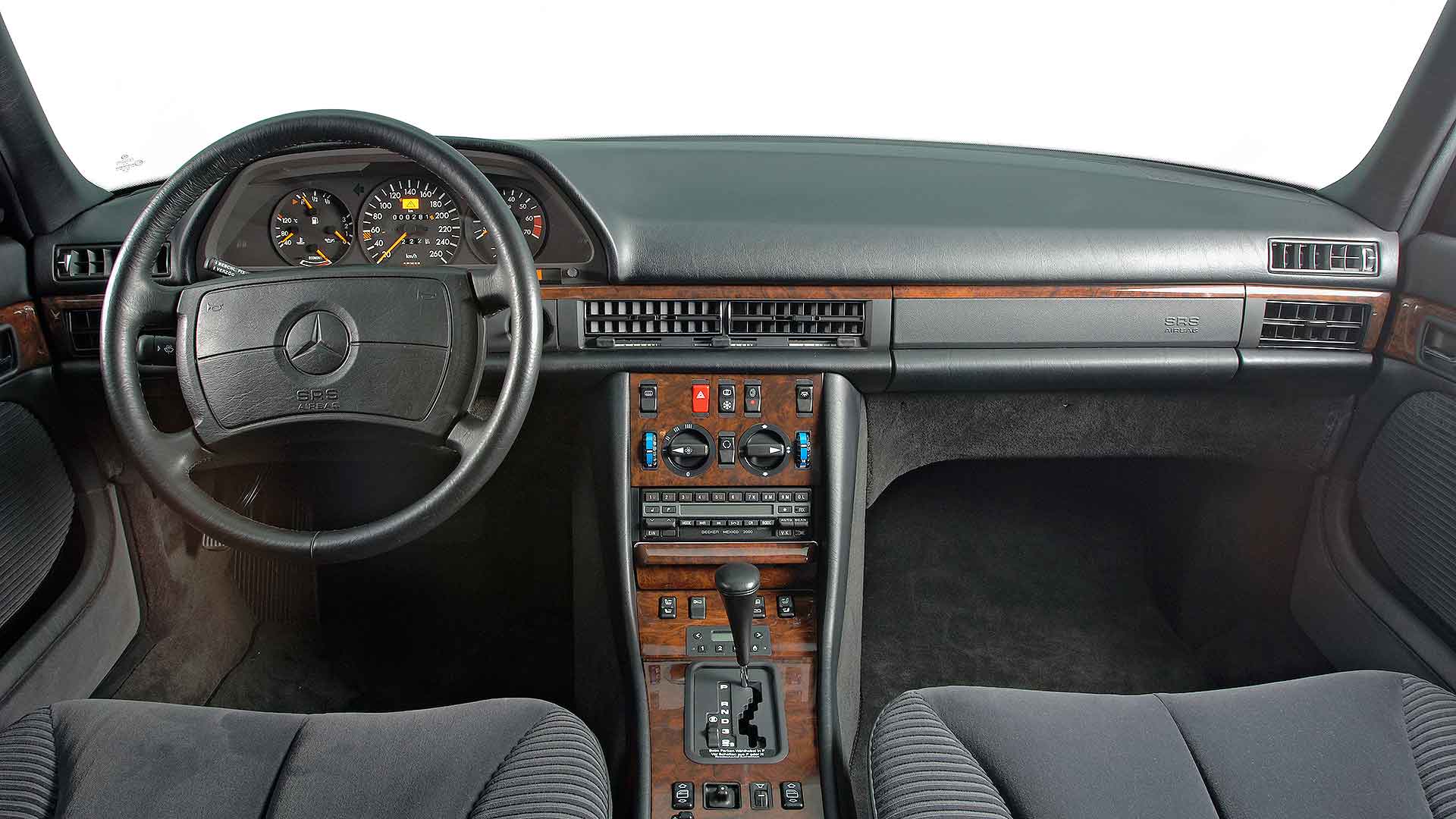 In 1951, the German Walter Linderer filed a patent for an ‘inflatable container in a folded state, which automatically inflates in the event of danger’. Two years later, the American John W. Hetrick filed a similar patent for a ‘safety cushion assembly for automotive vehicles’.

Mercedes-Benz research on the airbag began in 1966, with trials commencing in 1967. Production of the first S-Class with an airbag and seatbelt tensioner began in 1980, before the car went on sale in July 1981. 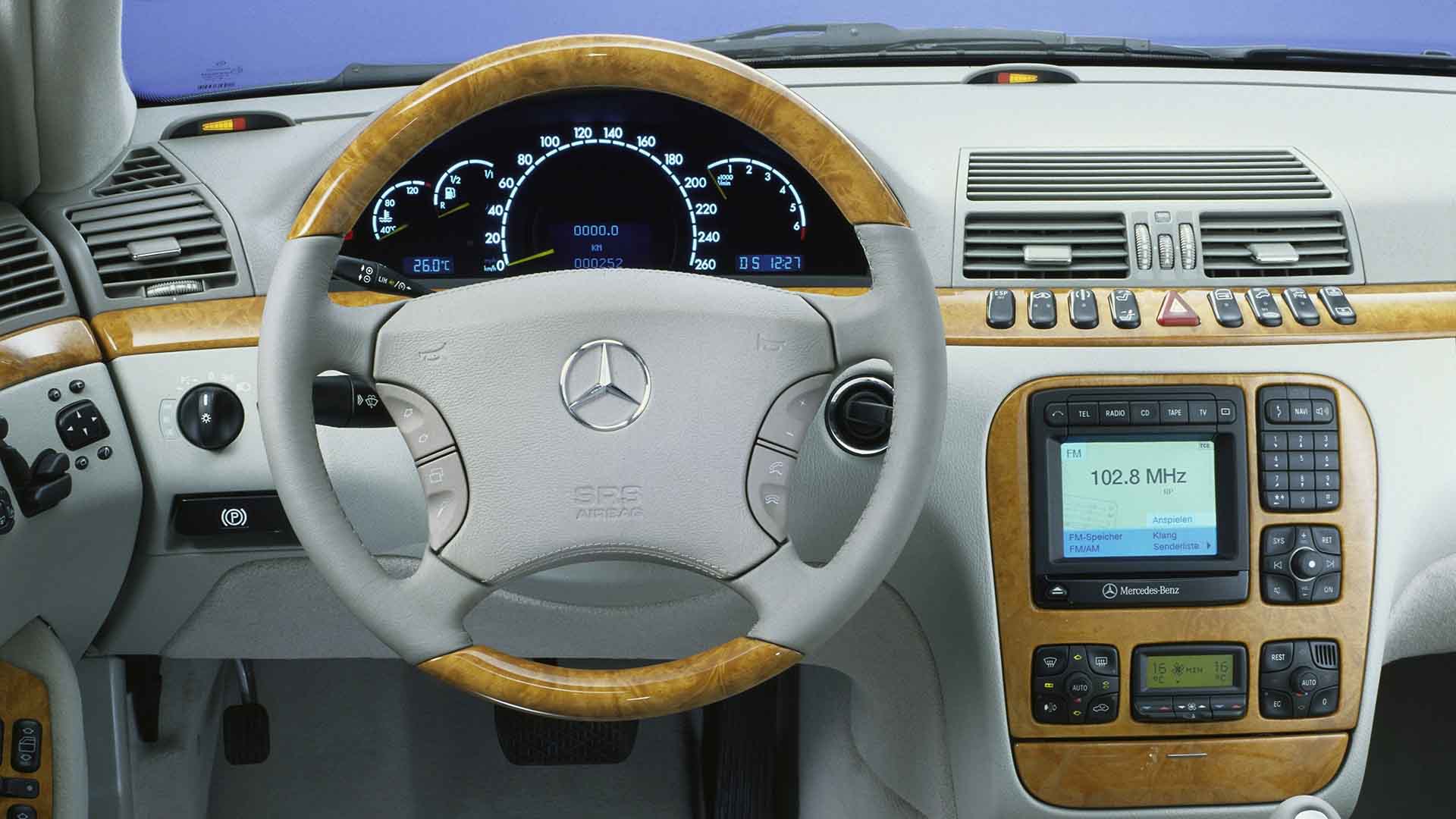 The first multi-function steering wheel was introduced in 1998, together with the COMAND (Cockpit Management and Data) system. Now, the S-Class driver could control a number of functions at a touch of a thumb – something we take for granted today. For the first time, the steering wheel was coupled with a radio, phone and display in the centre of the instrument cluster. 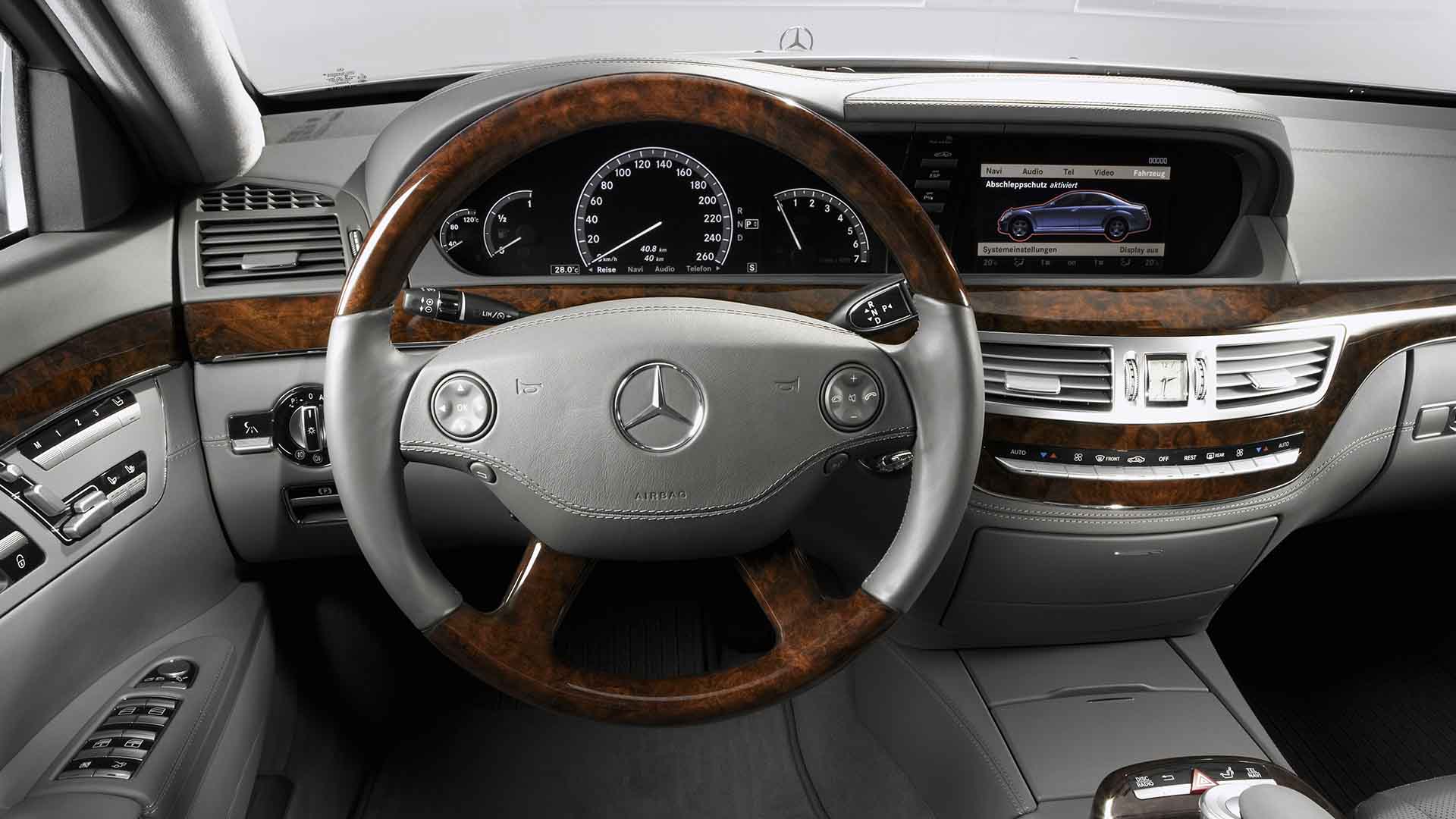 The steering wheel gearshift was reintroduced in 2005. The ‘Direct Select’ shifter created space between the driver and passenger, while making operation easier. 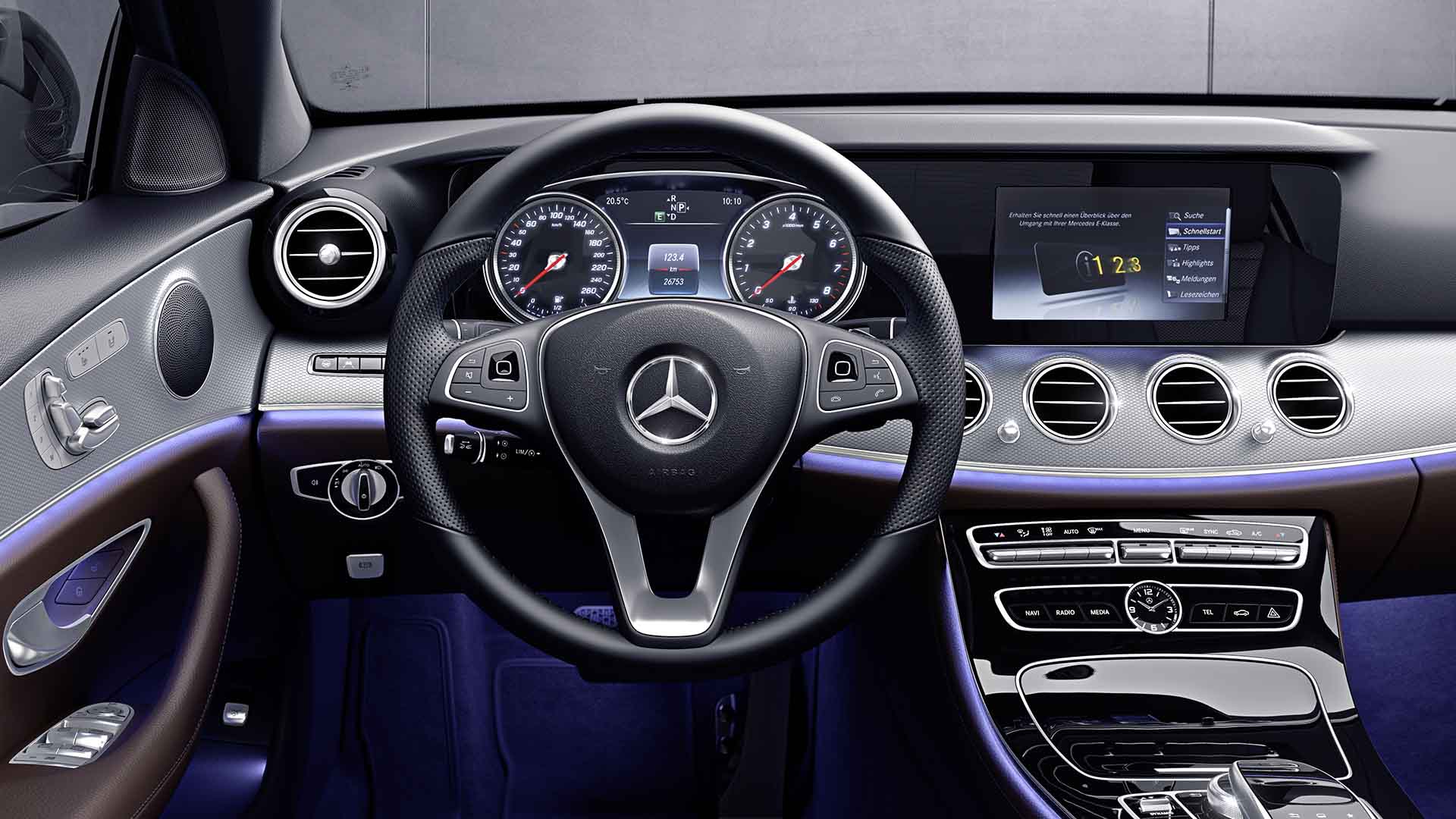 In 2016, the E-Class was the first car to feature touch control buttons on the steering wheel. They allow the infotainment system to be controlled by finger swiping – without having to take your hands off the wheel. 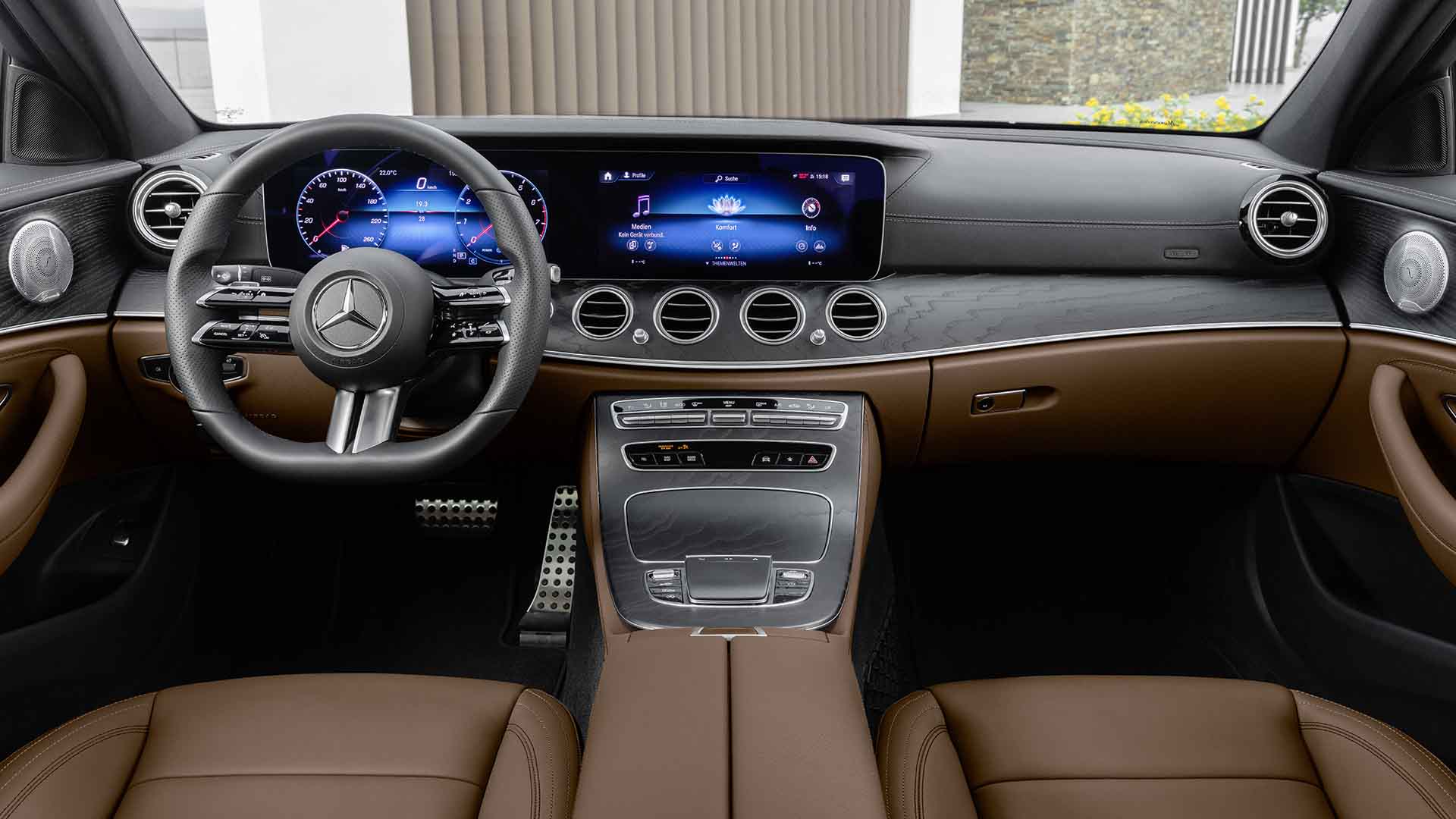 The facelift E-Class is fitted with an entirely new steering wheel. The control surfaces sport a high-gloss black finish, while the trim elements and surrounds have a silver shadow finish. The instrument cluster and the media display are controlled by swiping along the touch control buttons, with the operating principle changing from optical to capacitive. The touch surfaces are now less susceptible to fingerprints.