How do you pronounce the most unusual car names?

Car makers take inspiration for car names from many sources, but that does not always make them easy to say. Learn how with our guide. 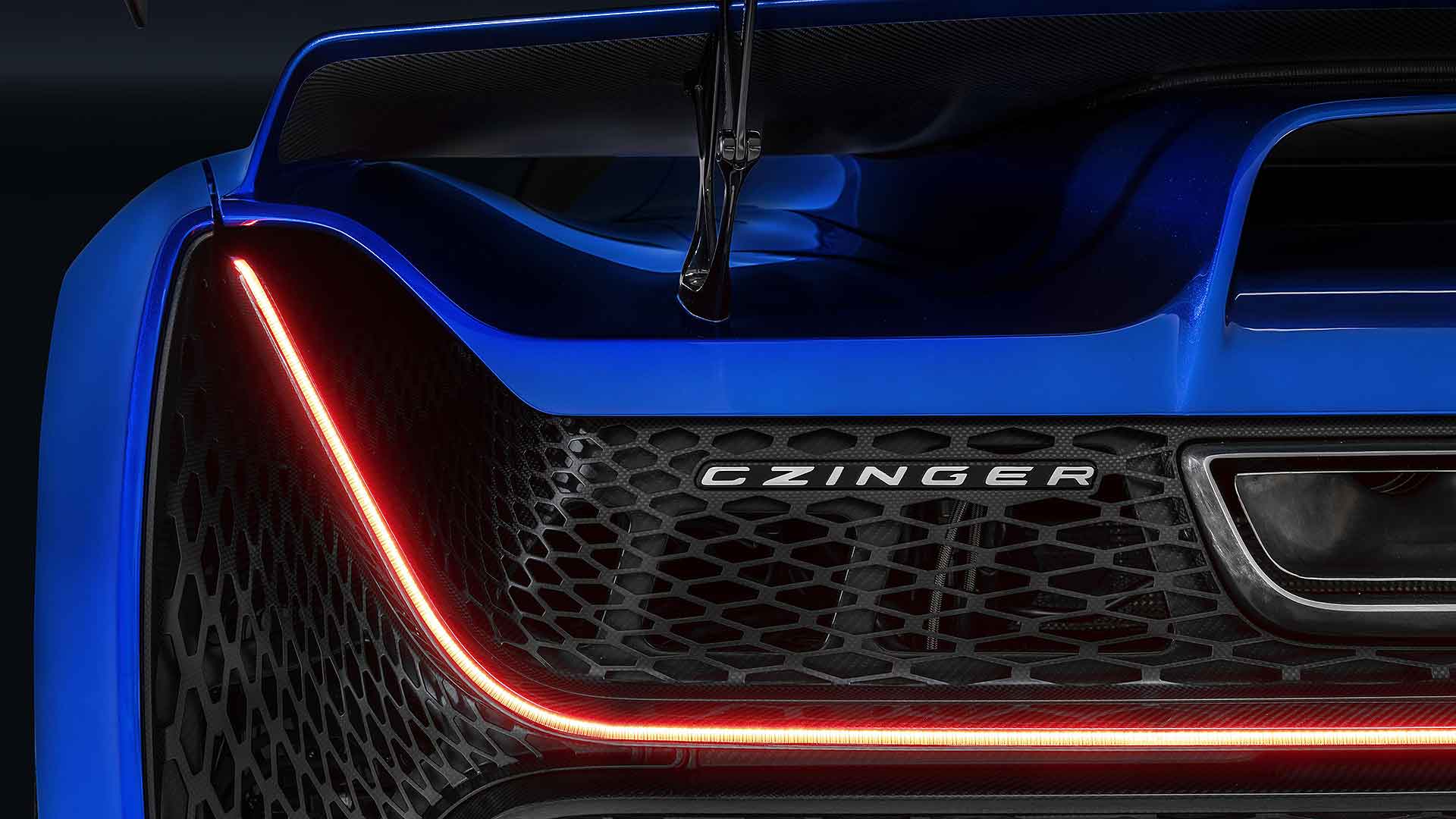 Choosing a name for a new car is a difficult task, especially when it needs to appeal to a global audience. Whilst some might be easy to understand, others can be a little more challenging.

We have taken a look at a host of modern cars and manufacturers with names that might cause problems in pronunciation.

Many languages and dialects have specific pronunciations, but the guidance here should allow for a close approximation. After this, you should be able to call out these vehicles with confidence.

Your top 10 car quesitons – and the answers 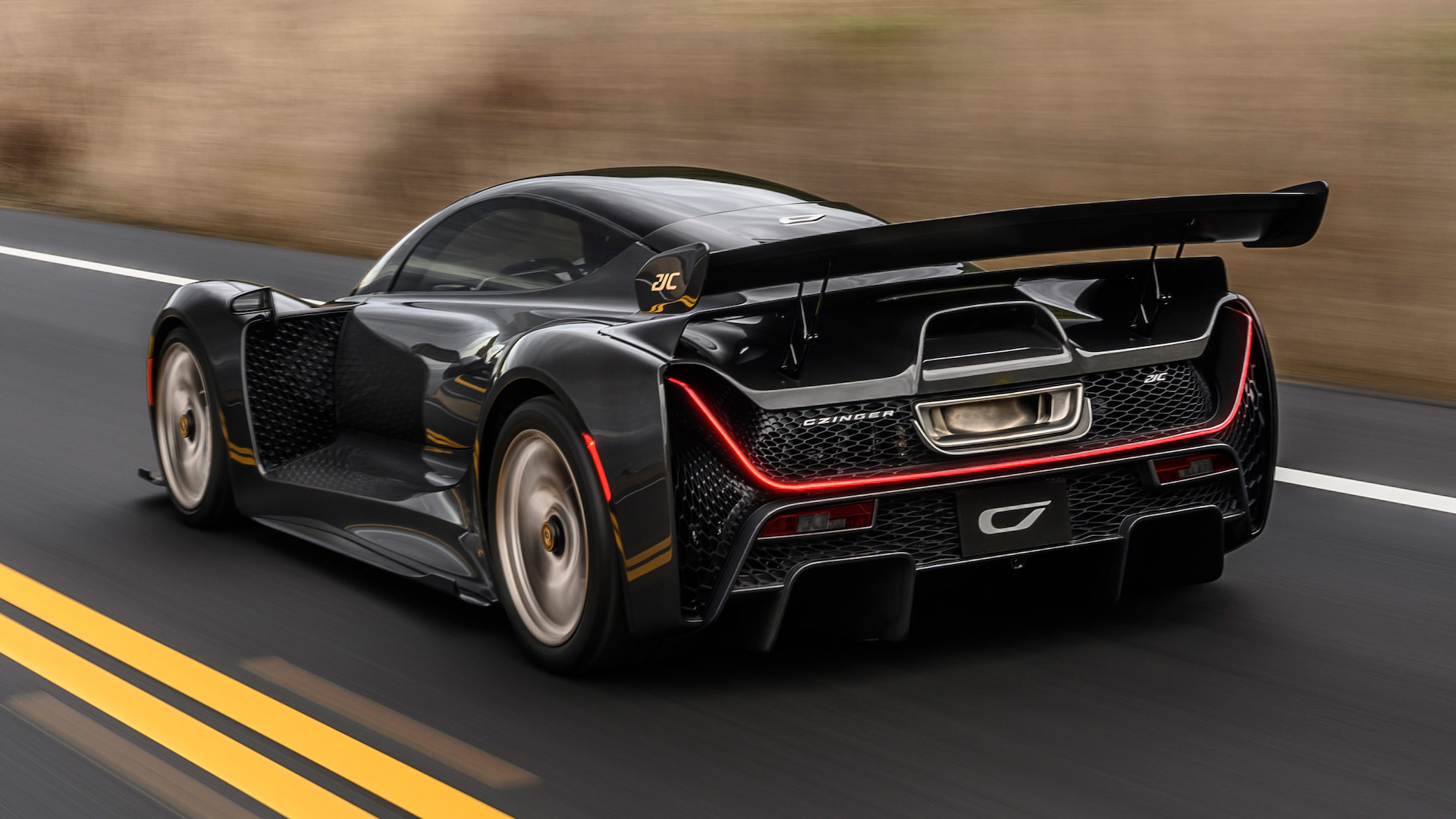 One of the newest cars on the list, the Czinger 21C is America’s latest hypercar with a hybrid powertrain and the potential for a top speed of 286 mph. Due to have been officially unveiled at the 2020 Geneva Motor Show (and later launched in the UK), just 80 units are scheduled to be built.

As for the name? Company founder Kevin Czinger is responsible for the brand, and pronounces his name with a silent C.

So think of a sharp and snappy comeback, or a burger from KFC, and read the name simply as ‘Zinger’ to ensure you get it right. 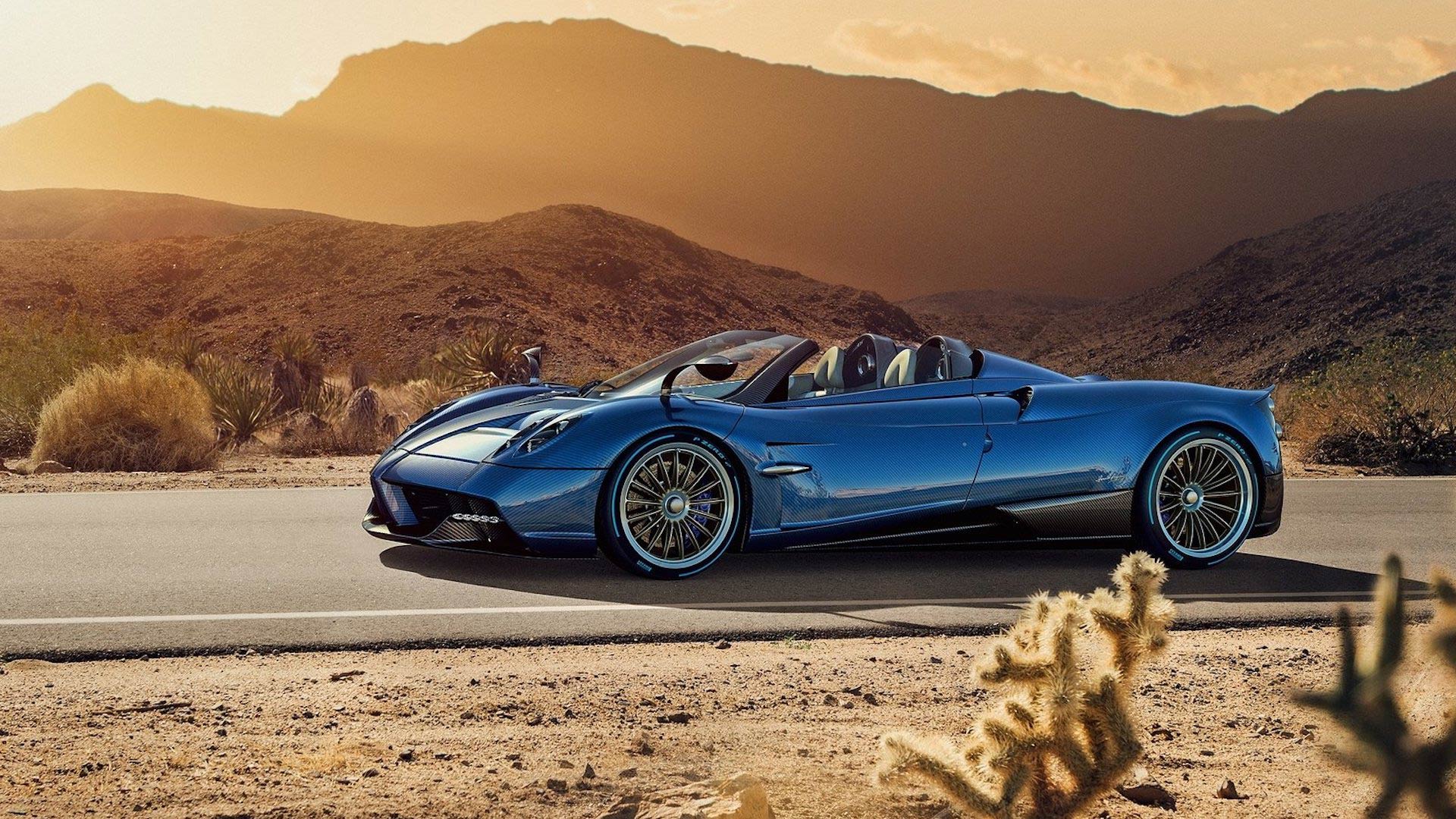 Named after founder Horacio Pagani, this Italian supercar manufacturer has been building exclusive performance cars since 1992. Engines supplied by Mercedes-AMG, and carbon fibre construction, are combined with dramatic interior and exterior styling.

The Huayra is the latest model from the company, and is named after Huayra-tata – a god worshipped by the indigineous people of South America. The Quechua language means the name is pronounced as ‘Why-rah’ with a silent H. 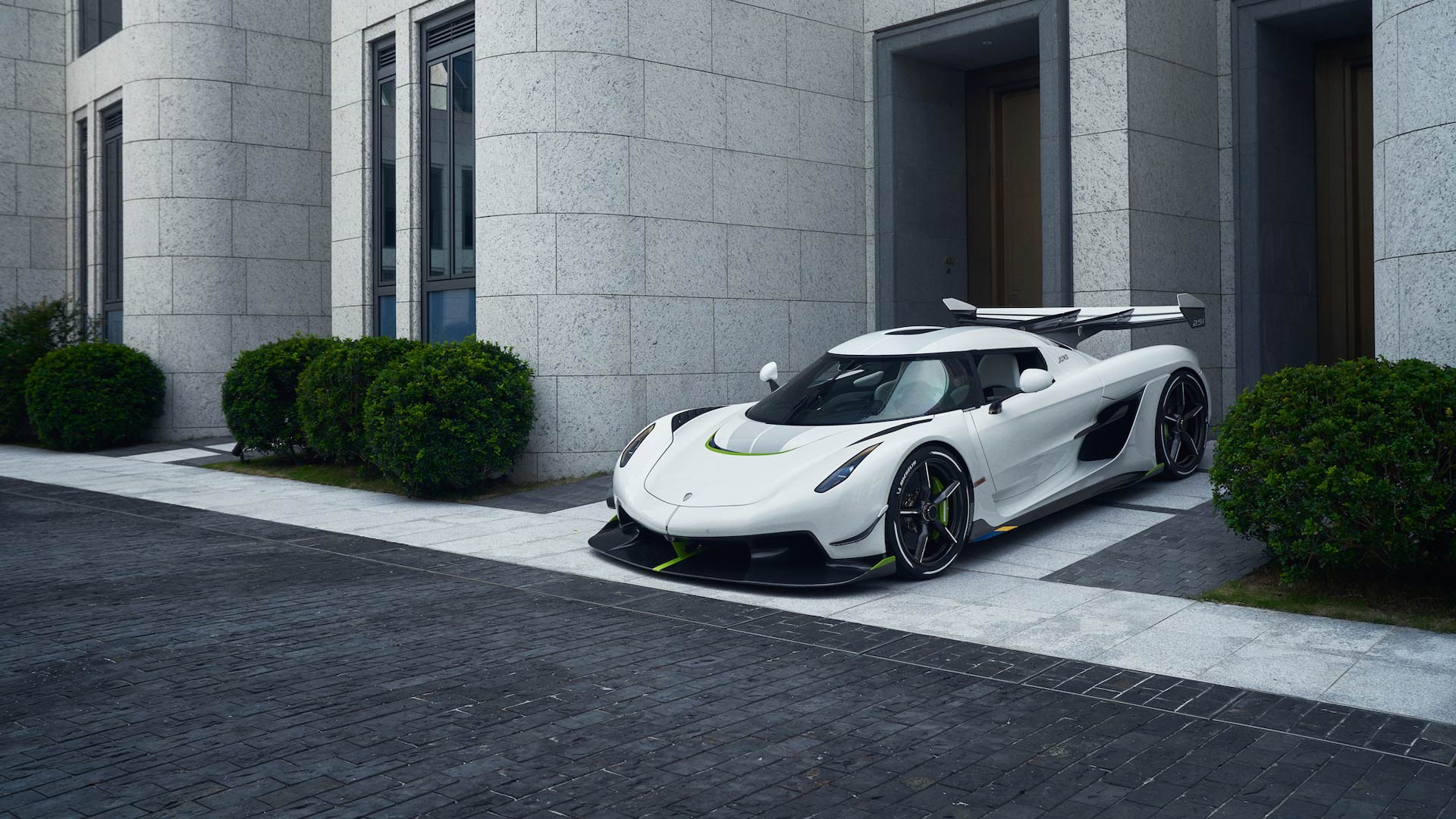 European supercar companies have a habit of being named after their founders, with Sweden’s Koenigsegg being no exception. The firm was launched in 1994 by Christian von Koenigsegg, with the sole purpose of creating the most extreme sports cars on the planet.

His dedication has seen a host of high-performance produced, featuring gigantic horsepower and incredible top speeds. The twin-turbocharged Jesko generates an astonishing 1,600 horsepower, and a potential top speed of 300 mph.

A multitude of vowels makes for an intimidating name, but the company is pronounced ‘Kerr-nyg-segg’ with this 2019 model read as ‘Yes-ko’. 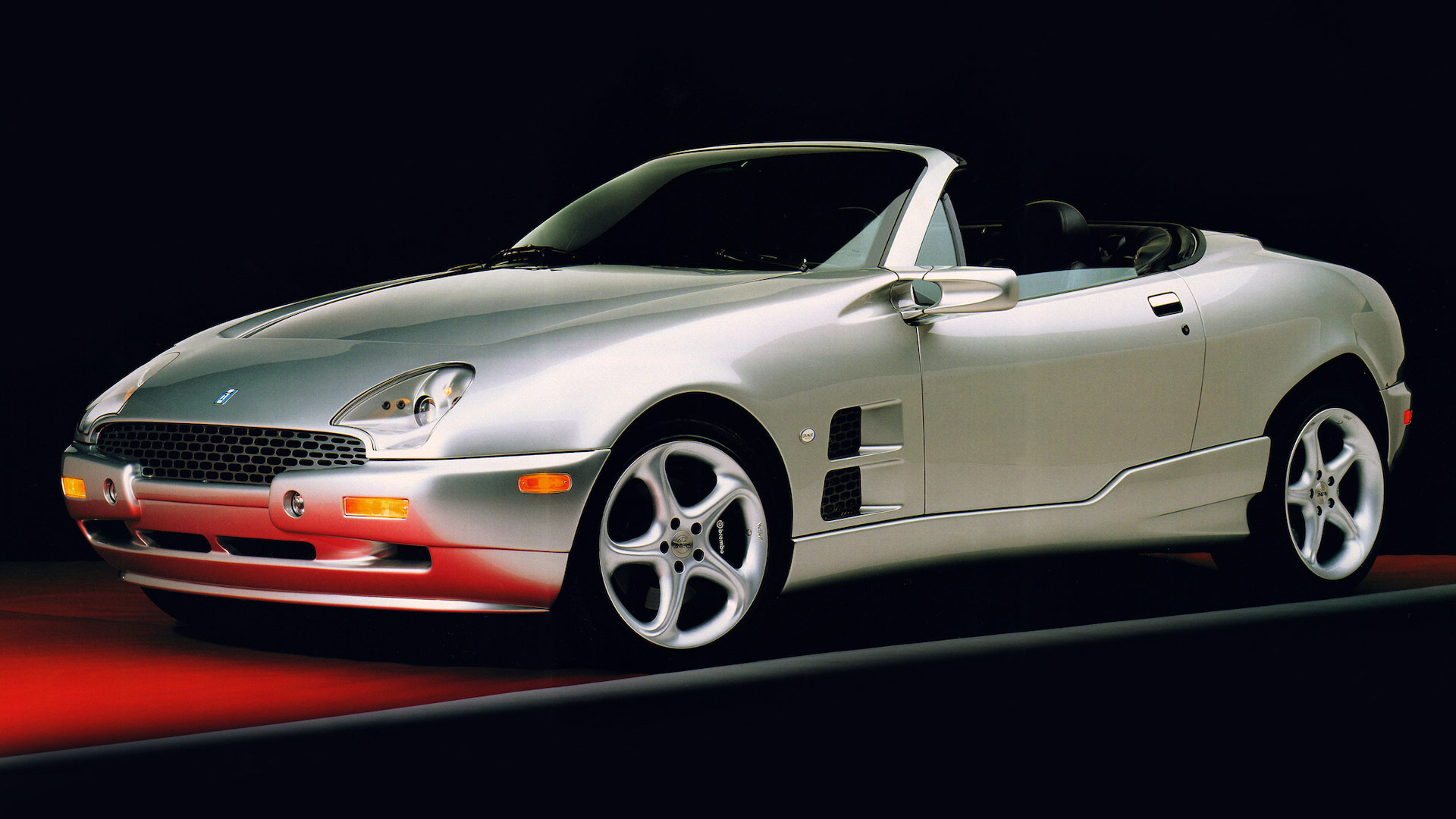 The short-lived Qvale brand was founded in 1999 by Bruce Qvale. The company had just one product, the Mangusta sports car developed in association with De Tomaso. When De Tomaso ended the partnership, the Gandini-designed Mangusta was made with just Qvale badging.

Impressing journalists with the performance offered by a 4.6-litre Ford V8 engine, the rear-wheel drive Mangusta should have been a sales hit. Instead, high pricing meant a total of just 284 examples were made before the company and its assets were sold to MG Rover.

The Qvale name has Norwegian-American origins, and ‘Ke-vahl-ee’ is the right way to say it. 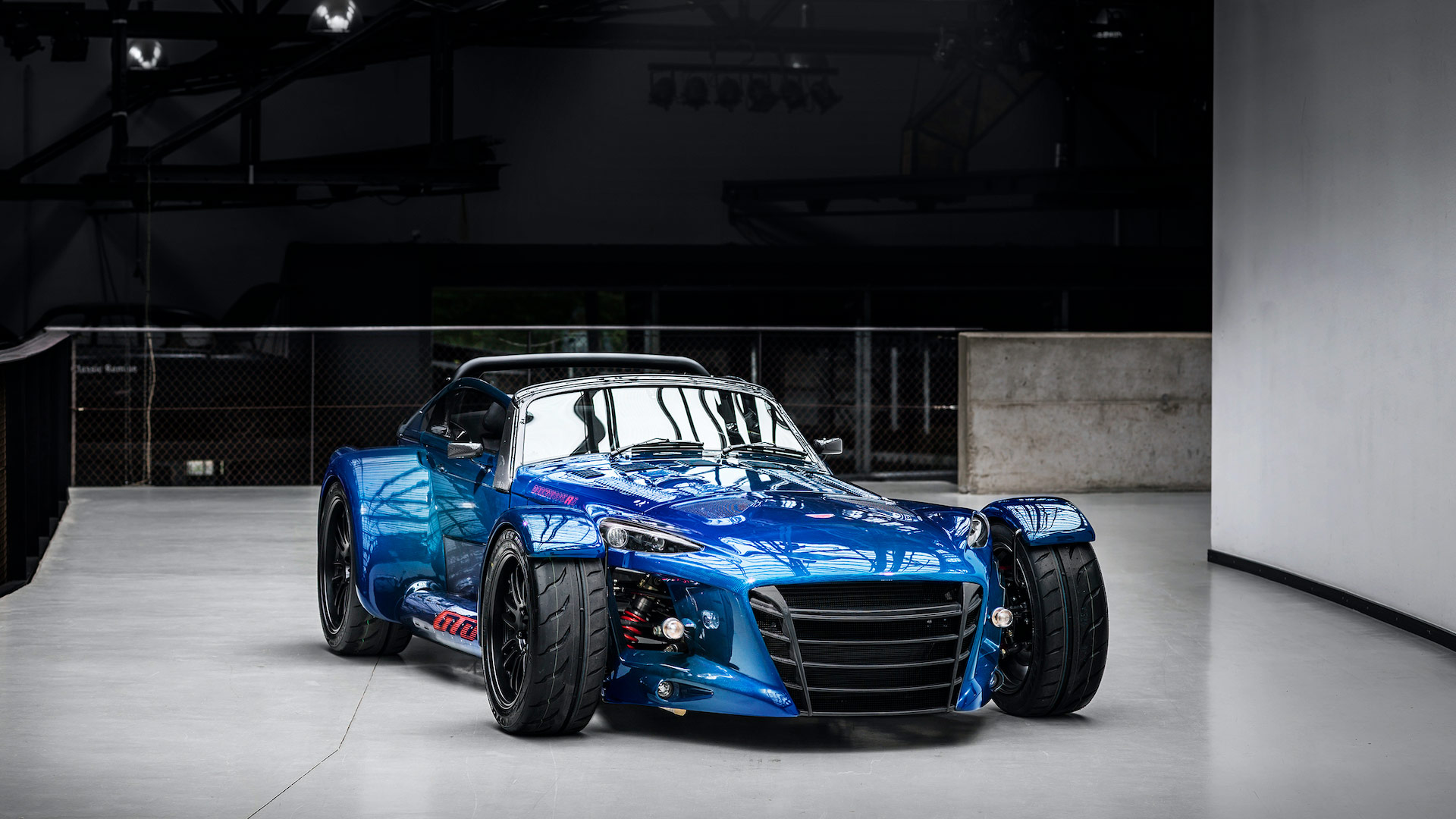 Tipping the scales at less than 700 kg, the D8 GTO RS has the ability to accelerate from 0-124 mph in under 8 seconds. Saying the name is slightly quicker, with it pronounced simply as ‘Donk-err-vortt’. 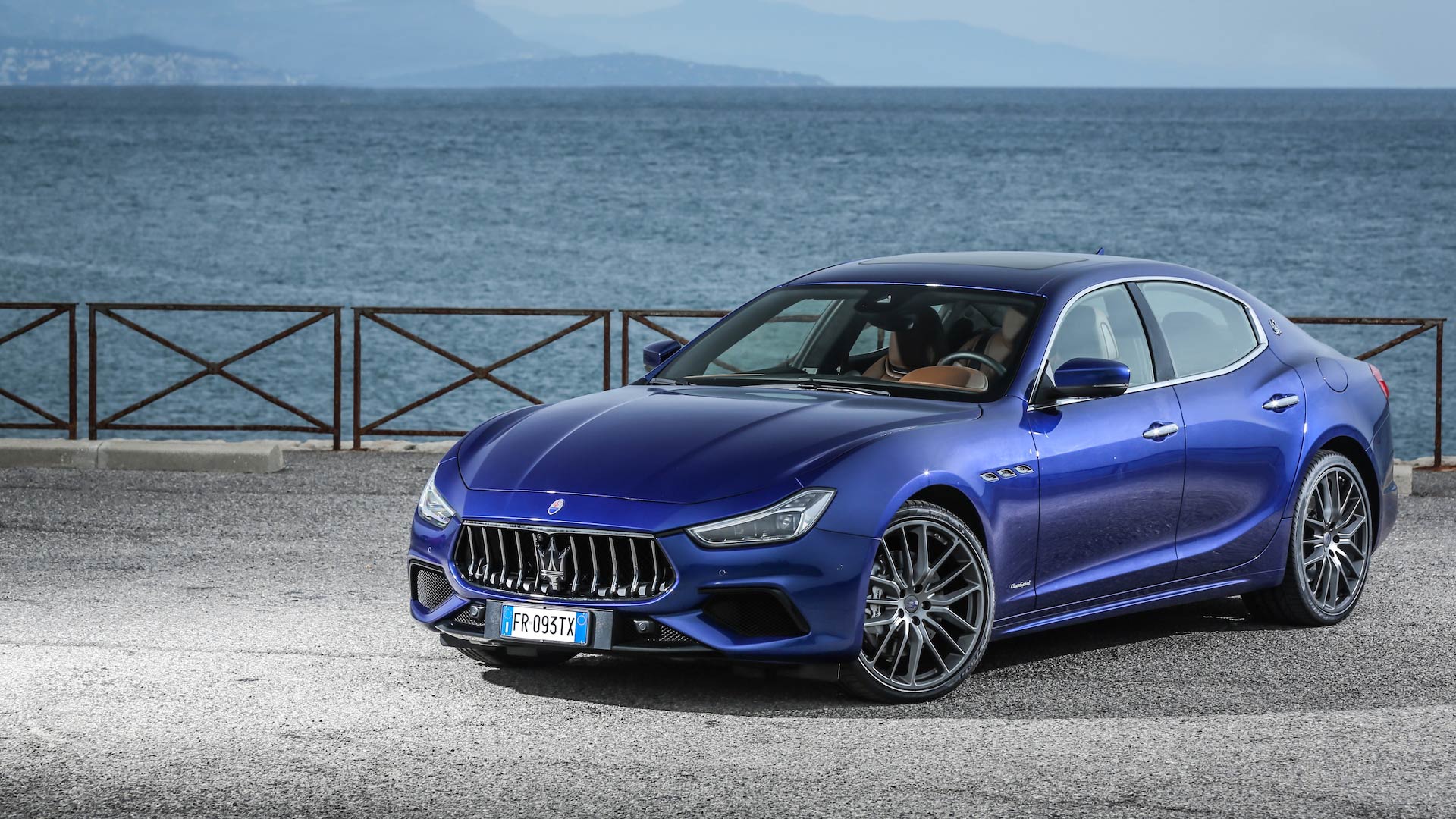 The name comes from the Libyan Arabic word for the wind that blows across the Mediterranean sea. Pronunciation is as simple as just saying ‘Gib-lee’. 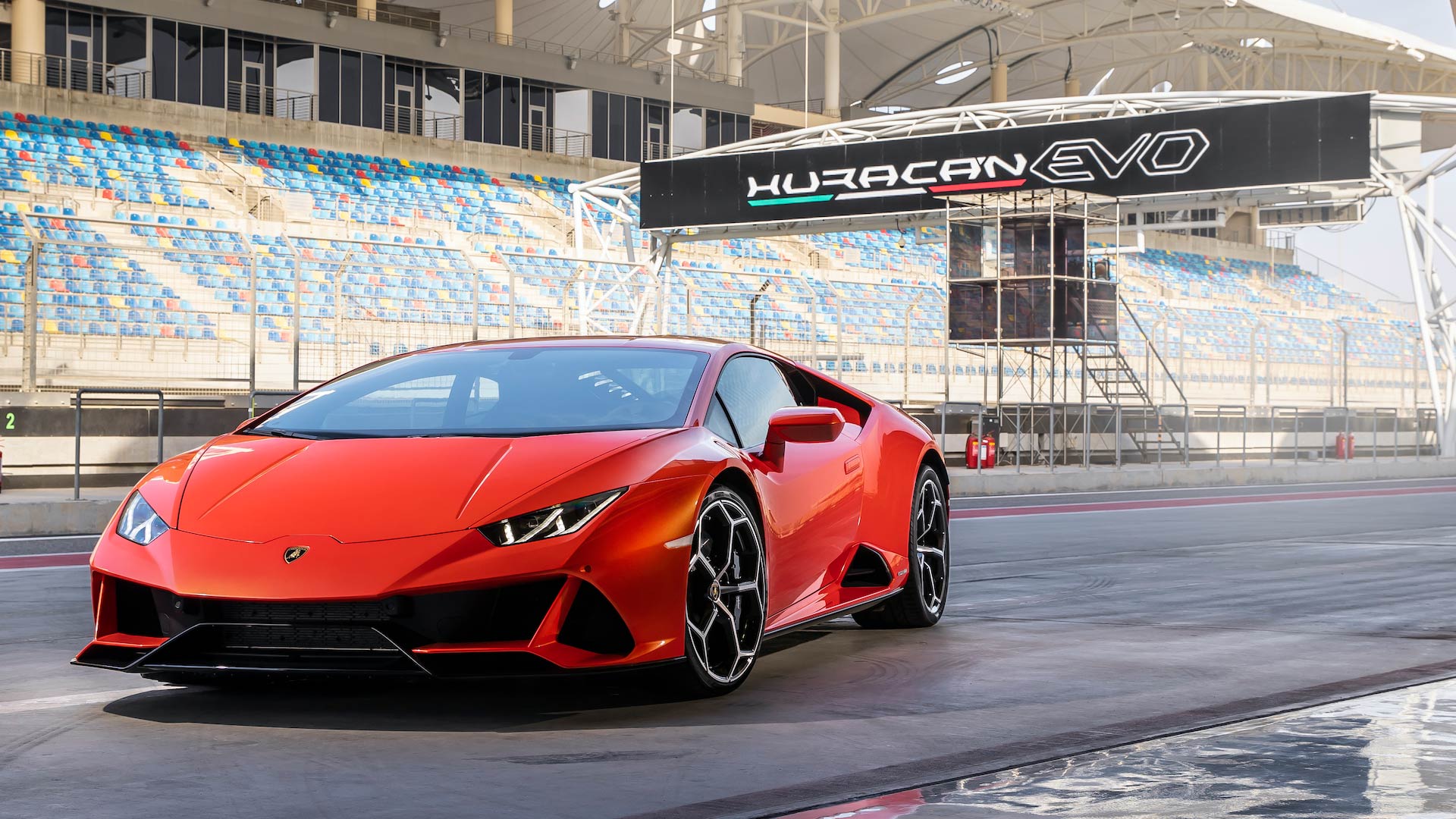 Winds are a favoured choice for naming inspiration when it comes to supercars, but Lamborghini takes a slightly different approach. Whilst huracán may be the Spanish word for hurricane, the car is actually named after a famed Spanish fighting bull.

With a V10 engine producing over 630 horsepower in the latest EVO model, the Huracán has proven to be a formidable mid-engined supercar. All-wheel drive is standard, although a special rear-wheel drive version is also available.

The Spanish origin of the Huracán name means that the H is silent. Pronounce it as ‘Ooh-rah-can’ to impress at a future cars and coffee meet. 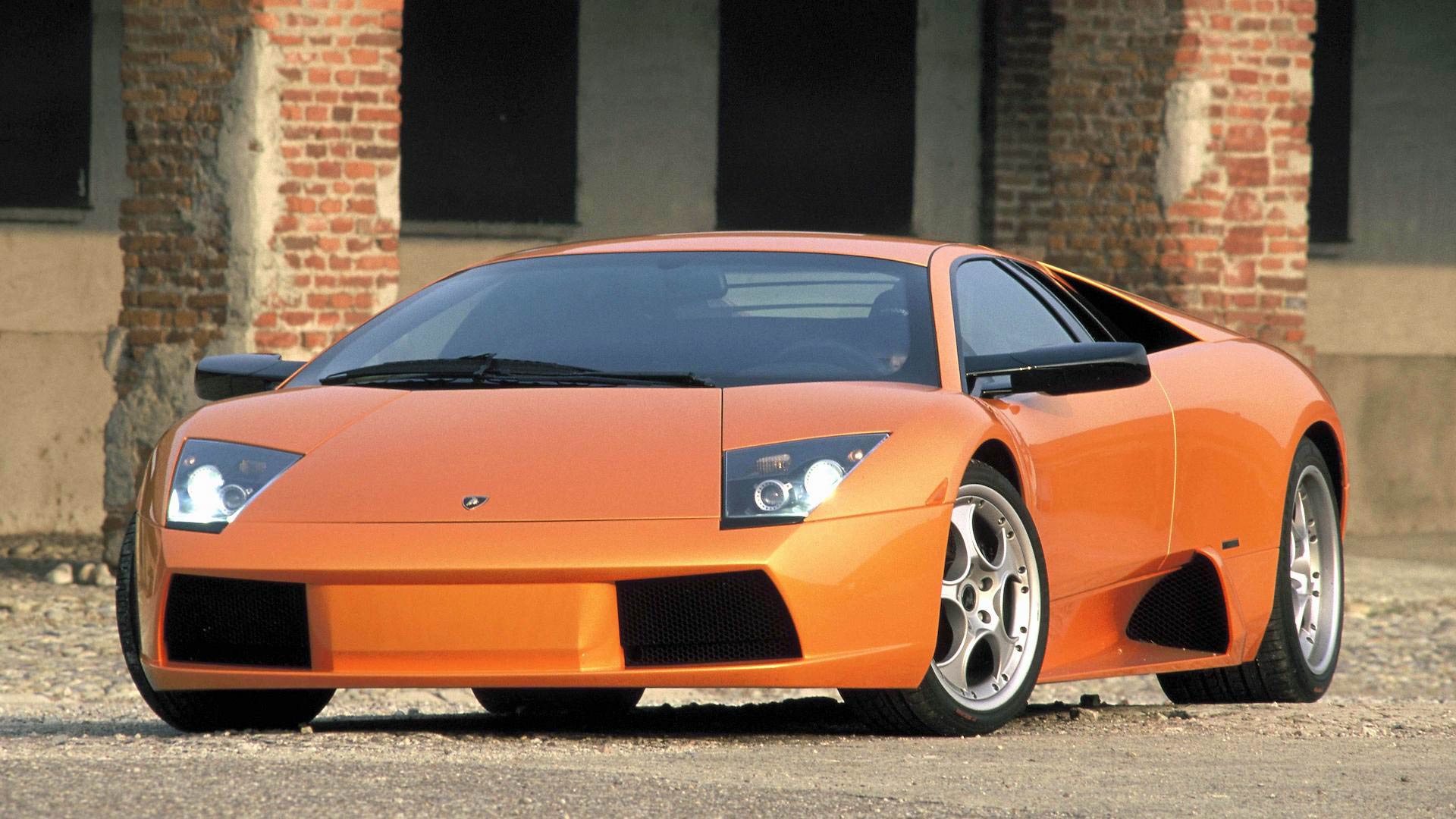 The earlier V12 powered Murciélago supercar conformed to Lamborghini’s naming convention. Murciélago was a legendary fighting bull, said to have withstood multiple sword strokes. However, the word itself is actually just the Spanish word for bat.

Correct pronunciation is dependent on regional Spanish dialect, with ‘Mur-si-alago’ the most commonly accepted way to say it. Experts state that emphasis should be placed on the middle syllable, not the last. 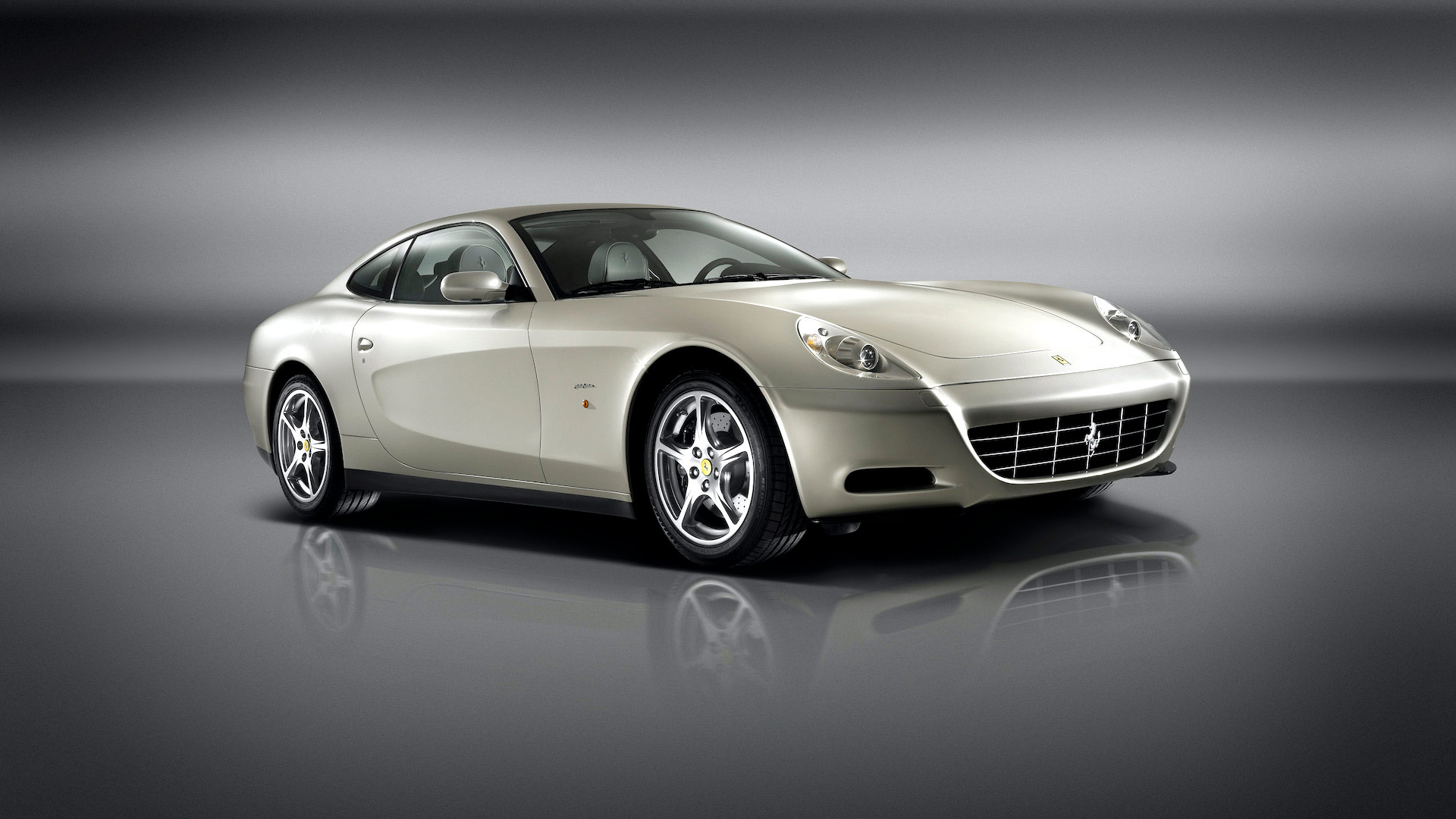 Ferrari typically makes use of numbering, or easily pronounced names, when choosing how to brand its latest models. But the V12-powered 612 Scaglietti proved to be somewhat more troublesome, when launched in 2004.

The name itself was taken from Carrozzeria Scaglietti, a coachbuilding firm located opposite Ferrari in Modena. Responsible for building many racing Ferraris from the 1950s and ‘60s, the factory is now part of the wider Ferrari works.

Of all the cars on this list, the Scaglietti name is perhaps pronounced most differently to how it appears to English speakers. ‘Skal-yetti’ is the correct way to say it according to Italian experts. 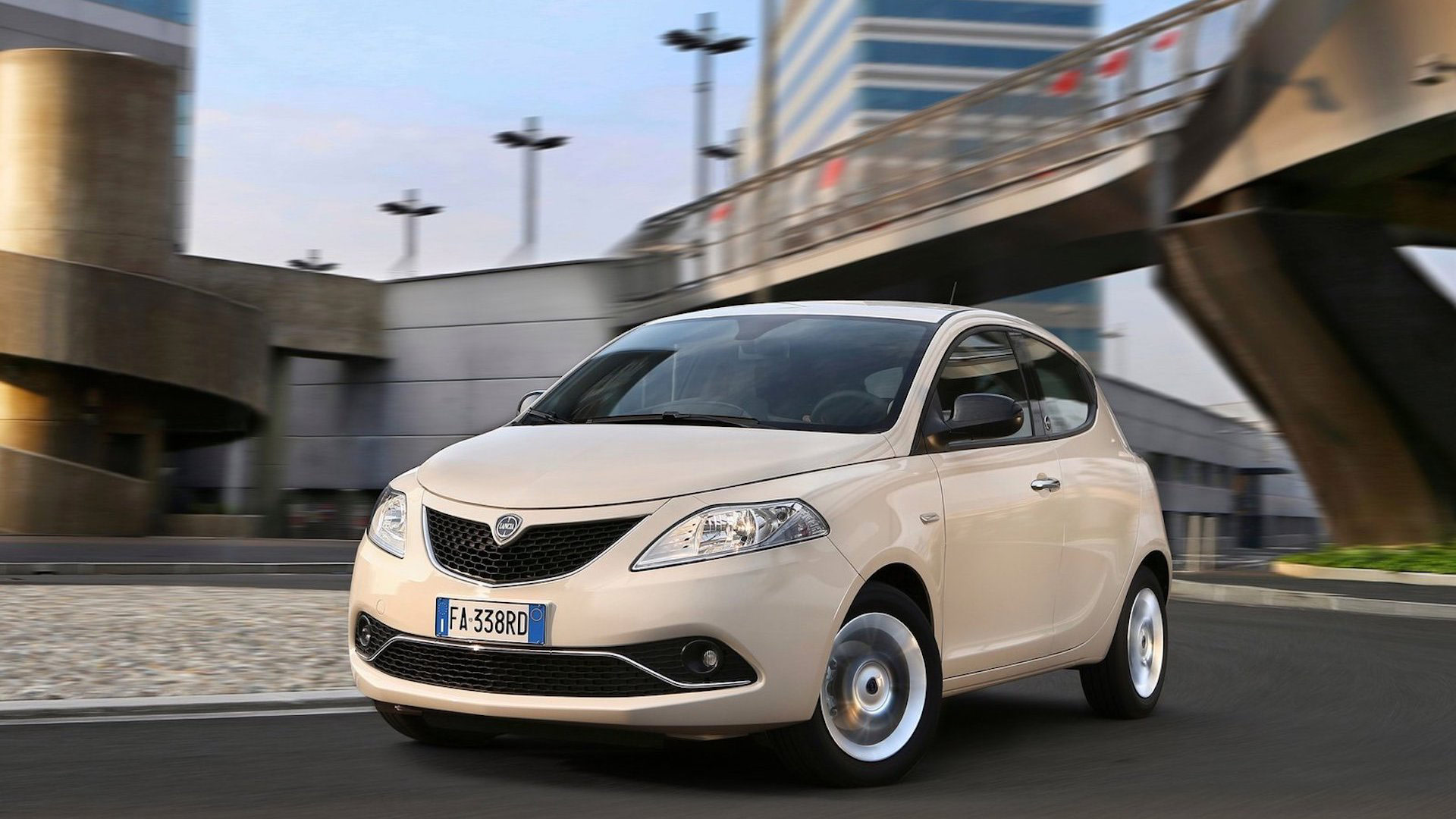 The third-generation Lancia Ypsilon supermini is a relative of the Fiat 500, and was sold as a Chrysler-branded vehicle in the United Kingdom and Japan.

Lancia has frequently used letters from the Greek alphabet for naming inspiration, with the Ypsilon being no different.

Debate rages between scholars of ancient and classical Greek language, but saying ‘Oop-suh-lohn’ is generally accepted as accurate. 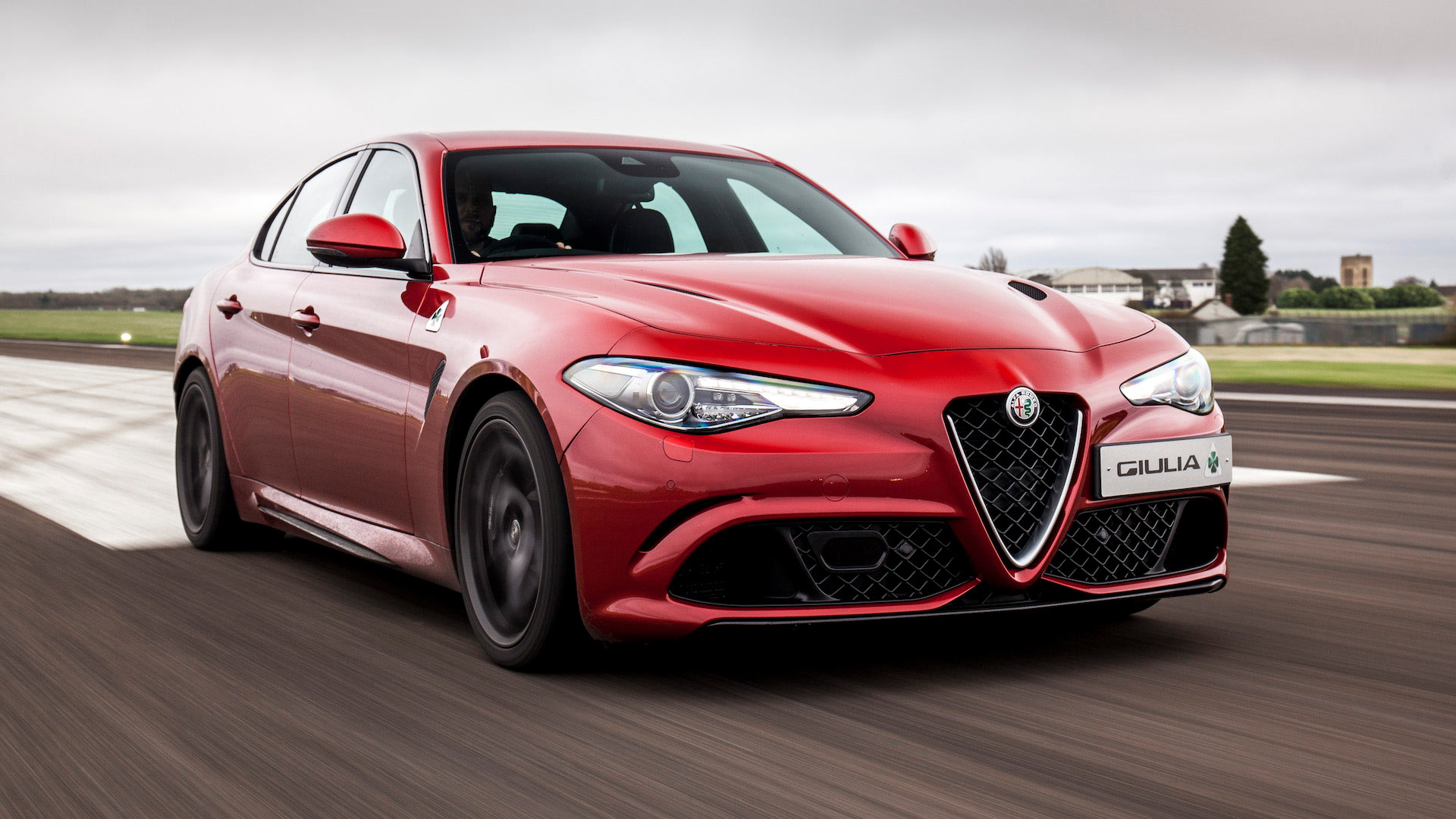 Introduced for 2016, the Alfa Romeo Giulia sedan has helped put the Italian brand back on the map. With a 500 horsepower turbocharged V6 engine, the range-topping Giulia Quadrifoglio makes a bold statement.

Giulia is the Italian version of Julia, and the name is pronounced the same as the English spelling would be.

‘Quadri-foe-leo’ is how to say Quadrifoglio, being the Italian word for a four-leaf clover. Alfa Romeo reserves this badge for performance models, having first been used in 1923 on cars entered into the Targa Florio race. 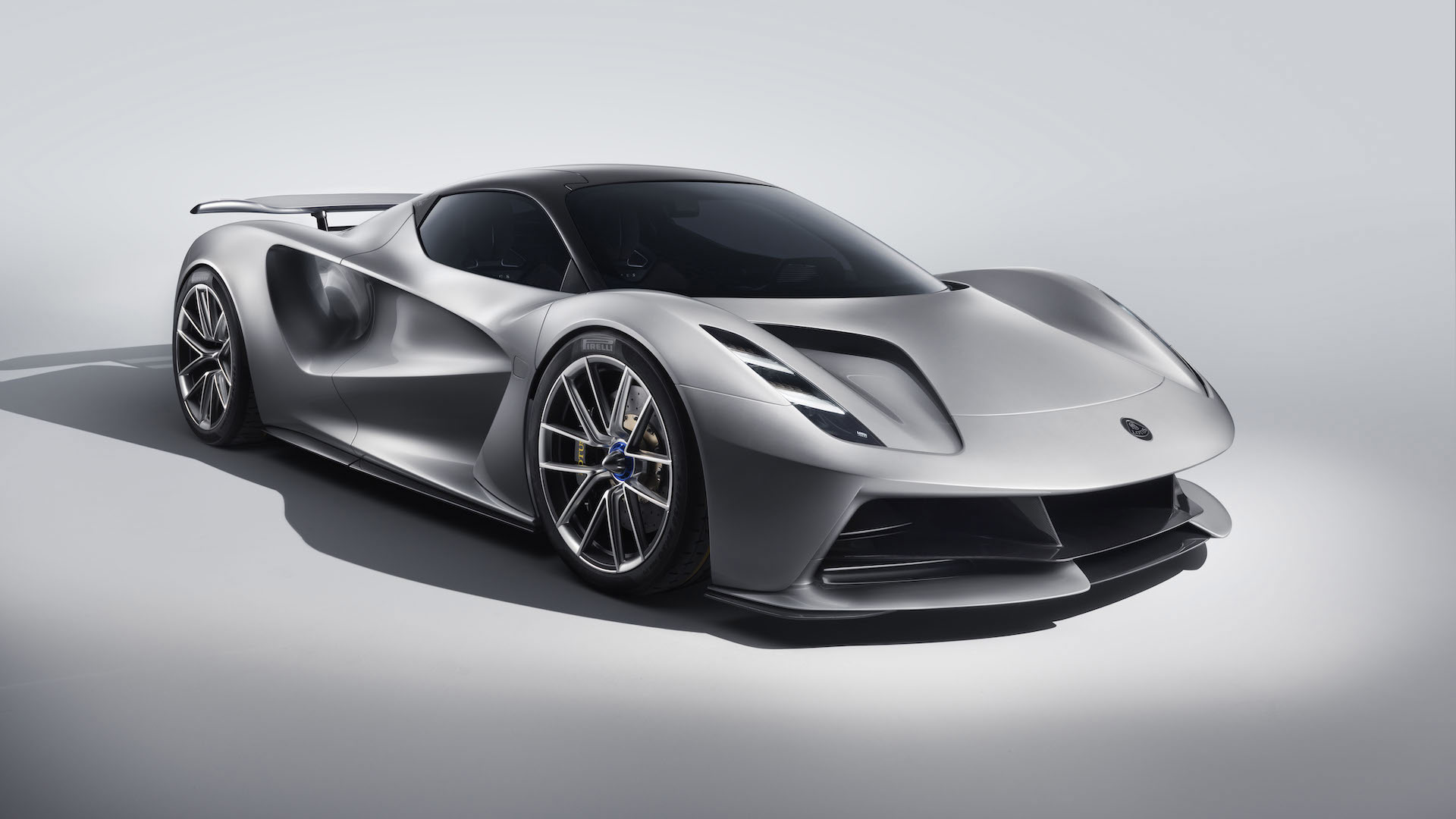 Planned to enter production later this year, the Lotus Evija is an all-electric hypercar from the company famed for making lightweight sports cars. With the total of four electric motors involved, a potential combined output of almost 2,000 horsepower should make for shocking performance,

The name is said to be inspired by the biblical name of Eve. Fittingly, this is interpreted as meaning ‘to live’ or ‘the first’ in Hebrew. ‘Eh-vee-ya’ is the accepted way to pronounce it. 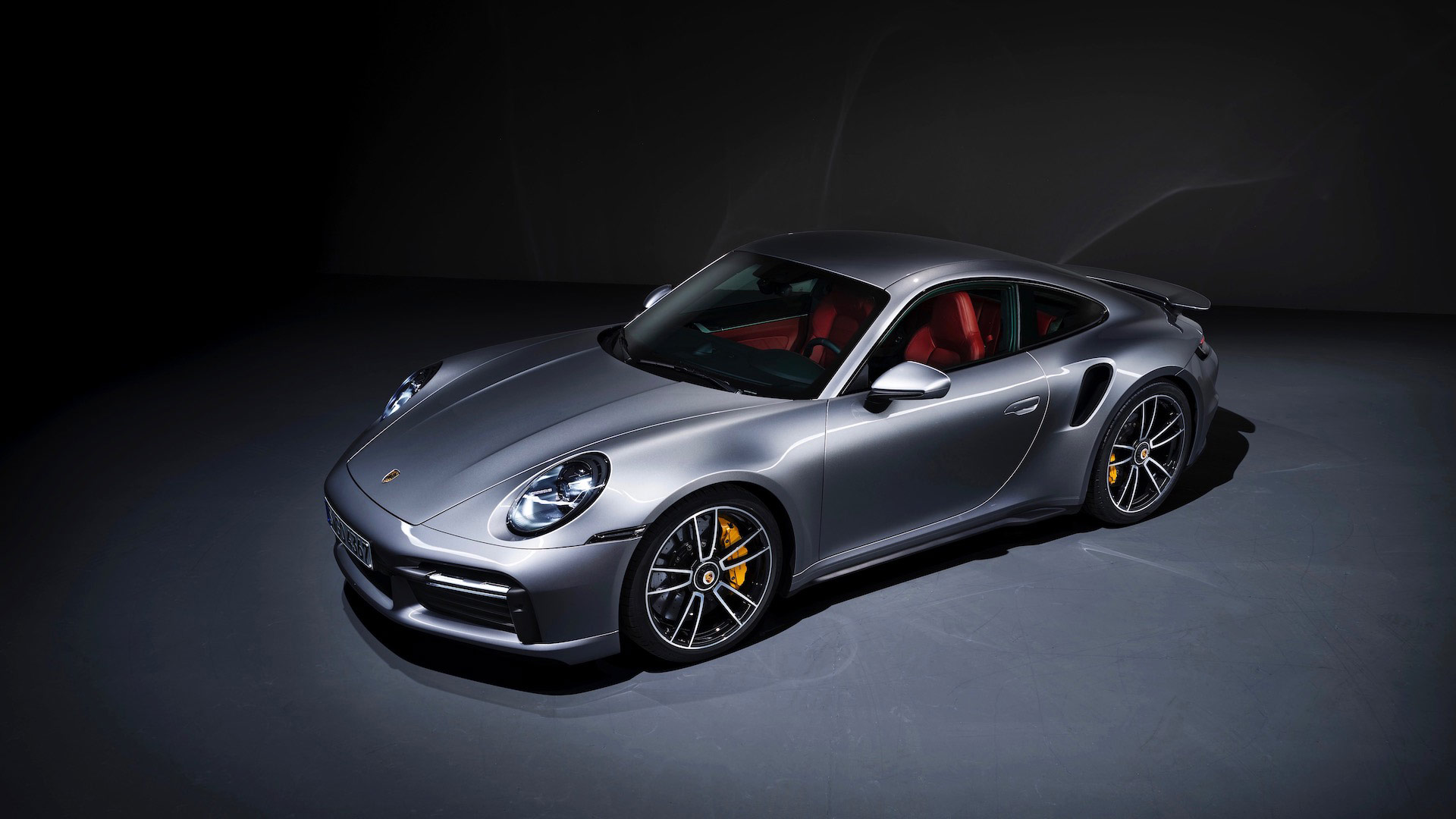 In continuous production since 1963, the 911 is one of the most iconic sports cars ever made. Porsche’s rear-engined legend has undergone serious mechanical transformation, but the name has remained the same.

Pronounced in German as ‘Neun-elfer’, this means English-speaking owners should say “Nine eleven’ instead of ‘Nine-one-one’. German speakers would also ensure they read the company name as ‘Por-sha’ as opposed to the single-syllable ‘Porsh’ version. 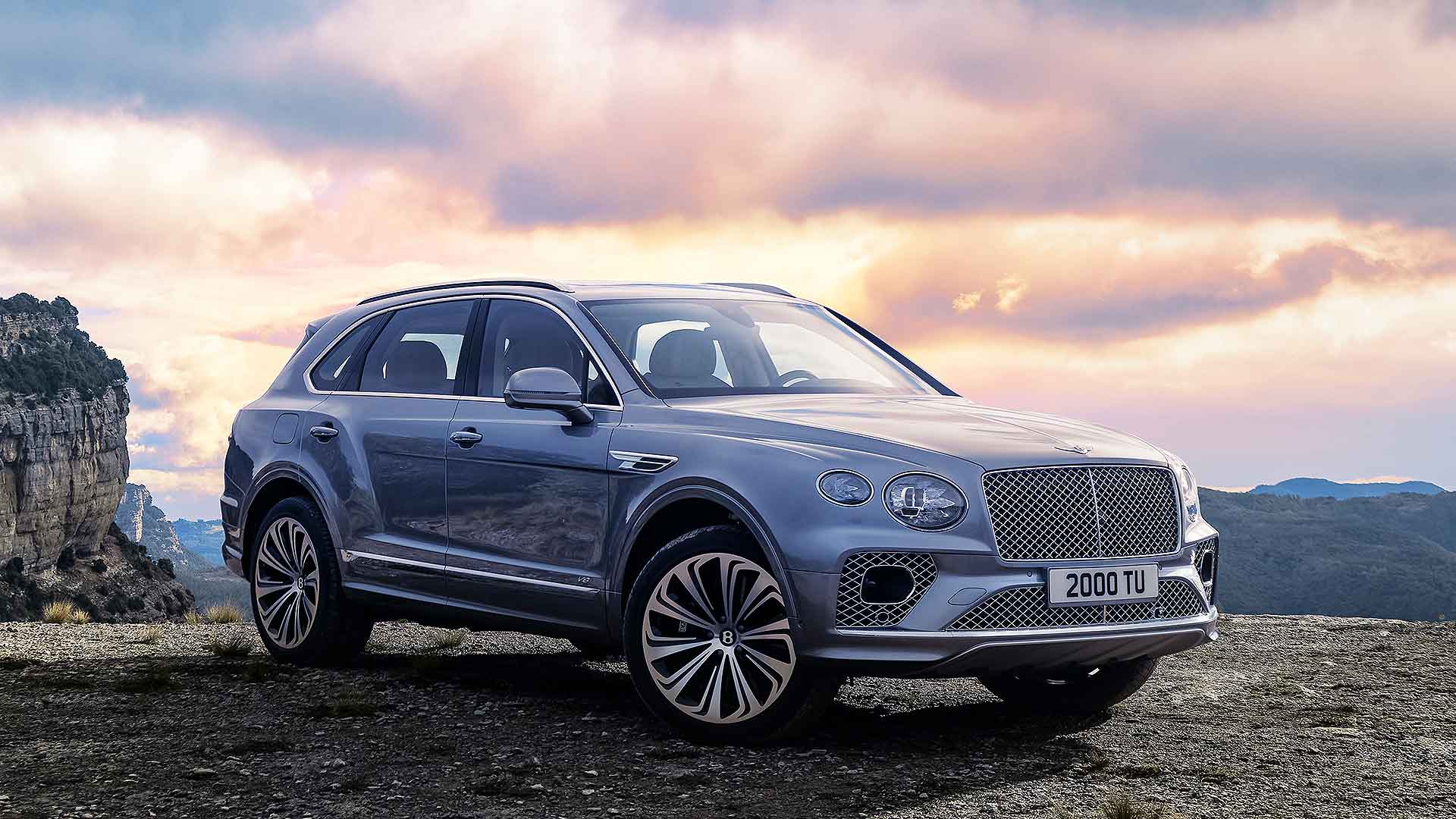 Purists may have been outraged by Bentley making a performance SUV, but the Bentayga has proven popular. It has even set a new production record at the famed Pikes Peak International Hill Climb event in 2018.

Initial naming inspiration came from the Roque Bentayga, one of the tallest peaks on the island of Gran Canaria in the Canary Islands. The taiga snow forest, which stretches across northern Siberia and Canada, also played a part.

The official pronunciation according to Bentley is ‘Ben-tay-gah’. 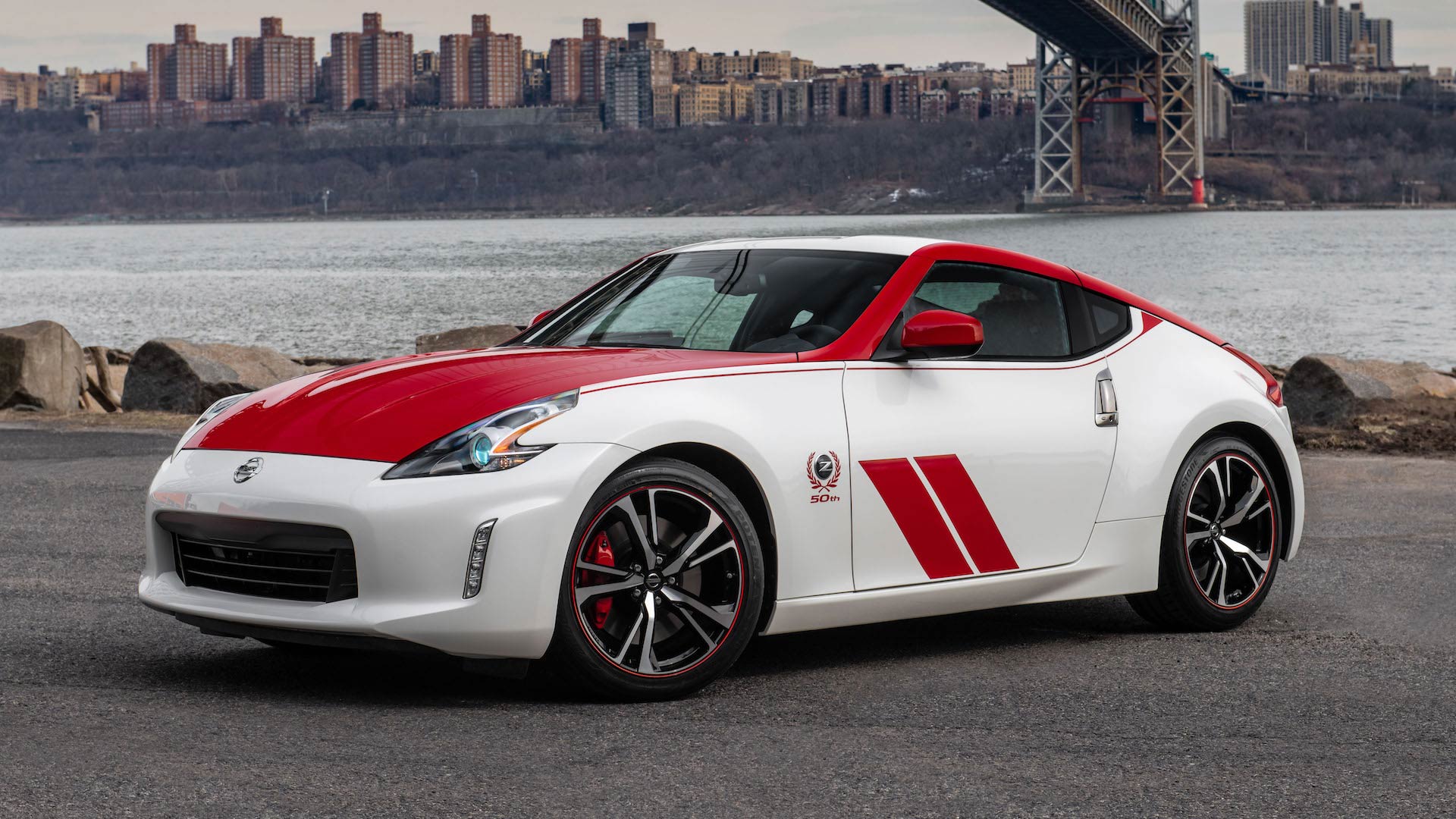 Along with specific model names, we have also examined some of the car companies with differing pronunciation.

British English and American English speakers frequently disagree over Nissan, with those in the United Kingdom preferring to say the more literal ‘Niss-ahn’.

However, the Americanised accented version of ‘Knee-sawn’ is noted to be closer to the correct Japanese pronunciation. 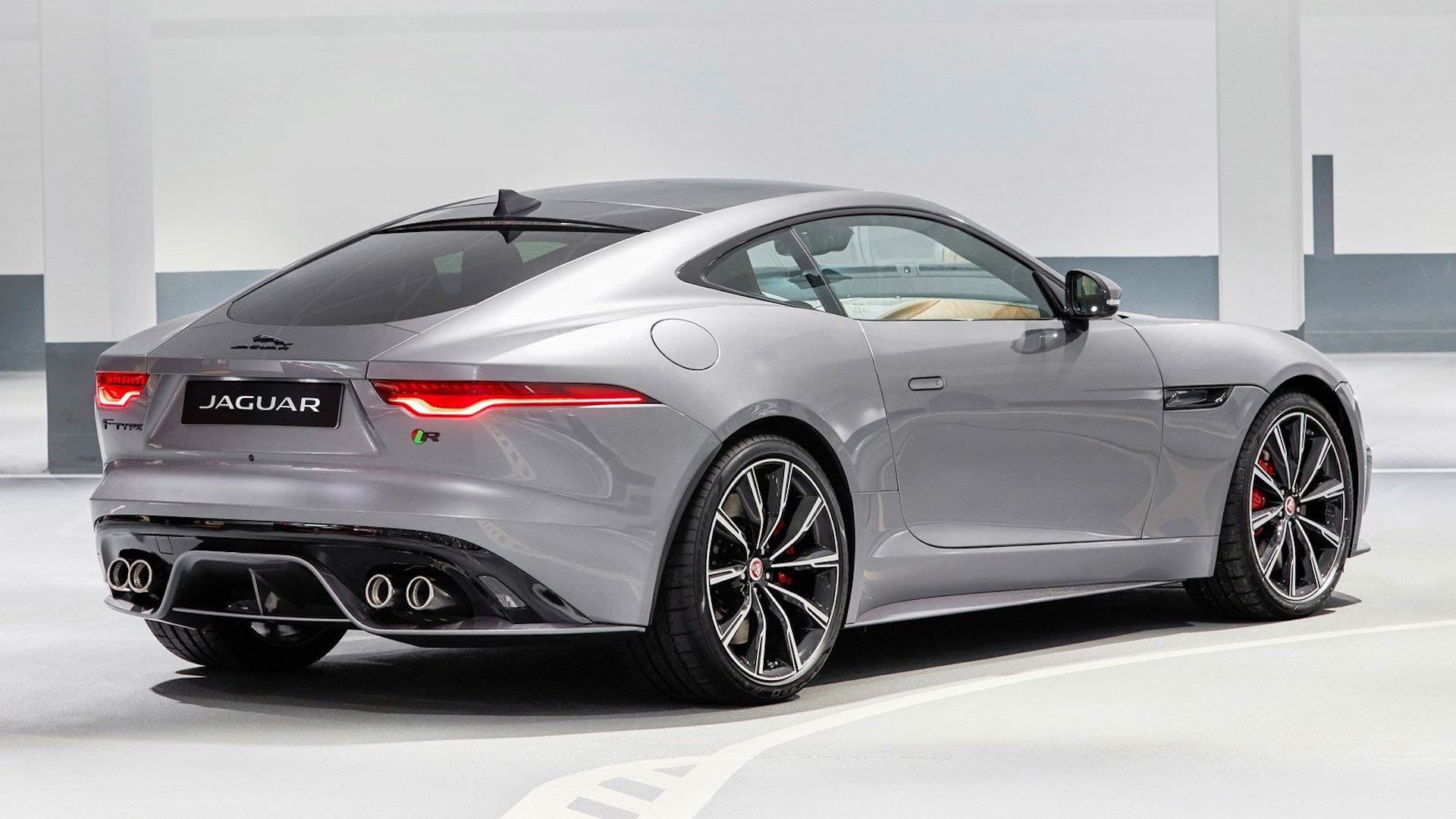 Whether you say ‘Jag-you-are’ or ‘Jag-waah’ is likely to depend on which side of the Atlantic Ocean you live on. Yet the big cat that inspired the company name is actually South American, and taken from the indigenous Tupi language.

Linguists believe that both pronunciations are correct, but that the North American ‘Jag-waah’ version is actually a closer approximation of the Tupi word.

If in doubt, perhaps simply refer to it as a ‘Jag’ – everyone will know what you mean. 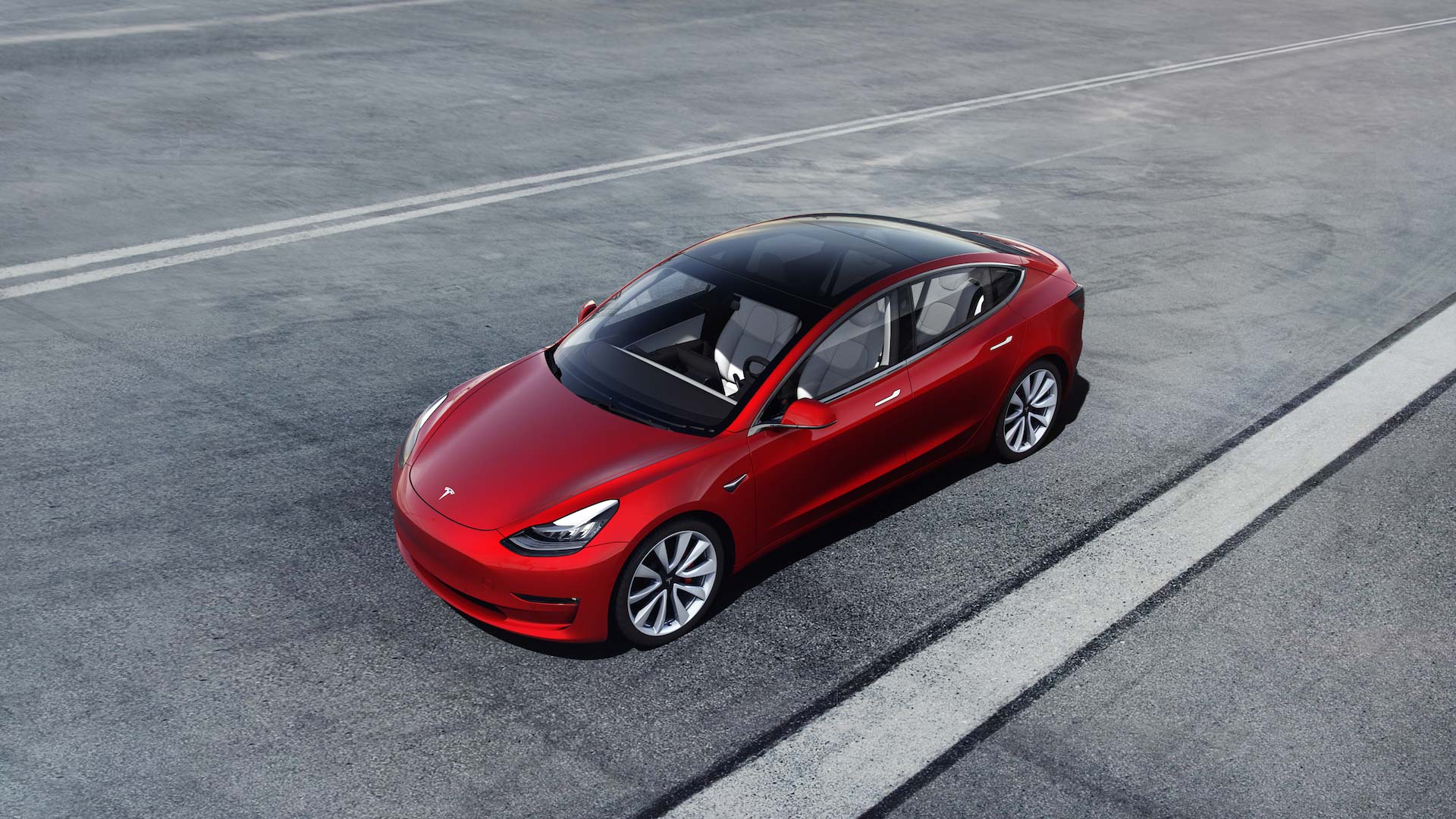 The Tesla brand never seems to be far away from some degree of controversy, with even the way to pronounce the name sparking debate. With a name taken from Croatian-born Serbian-American inventor Nikolai Tesla, purists argue that an ‘unvoiced s’ is the correct way to say it.

This should mean pronouncing the company name as ‘Tess-lah’, whereas Tesla CEO Elon Musk prefers to say ‘Tez-lah’ instead.

However, company representatives state that they are happy with both versions. 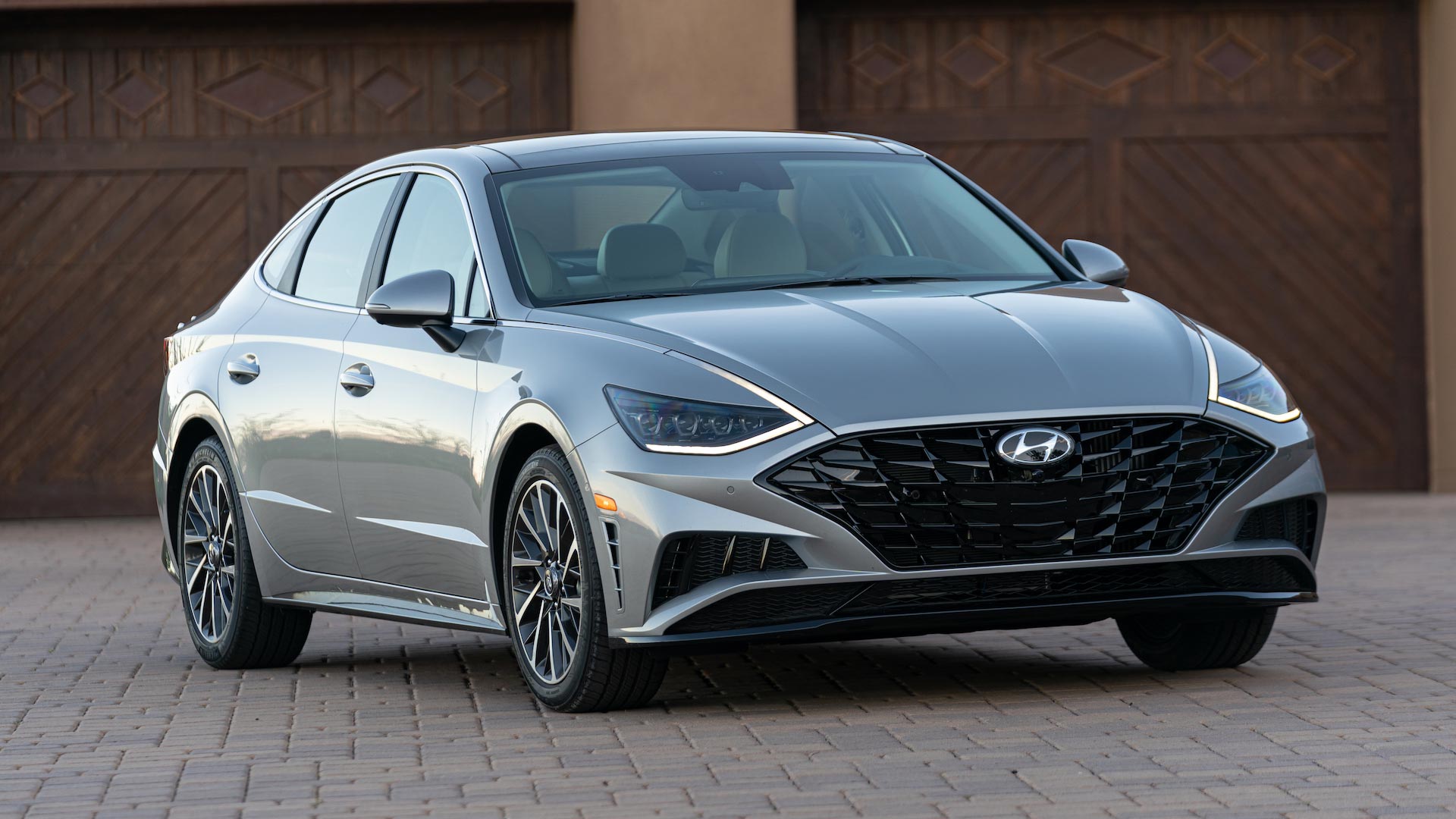 As one of the largest auto manufacturers across the globe, Hyundai has seen dramatic growth in the past two decades. But just what is the right way to say Hyundai?

In North America, ‘Hyun-day’ has been the pronunciation used in advertising for many years. This is said to be closer, if not a completely accurate, approximation of the traditional Korean pronunciation.

However, British English speakers are likely to use three syllables, saying the name as ‘High-uun-die’. 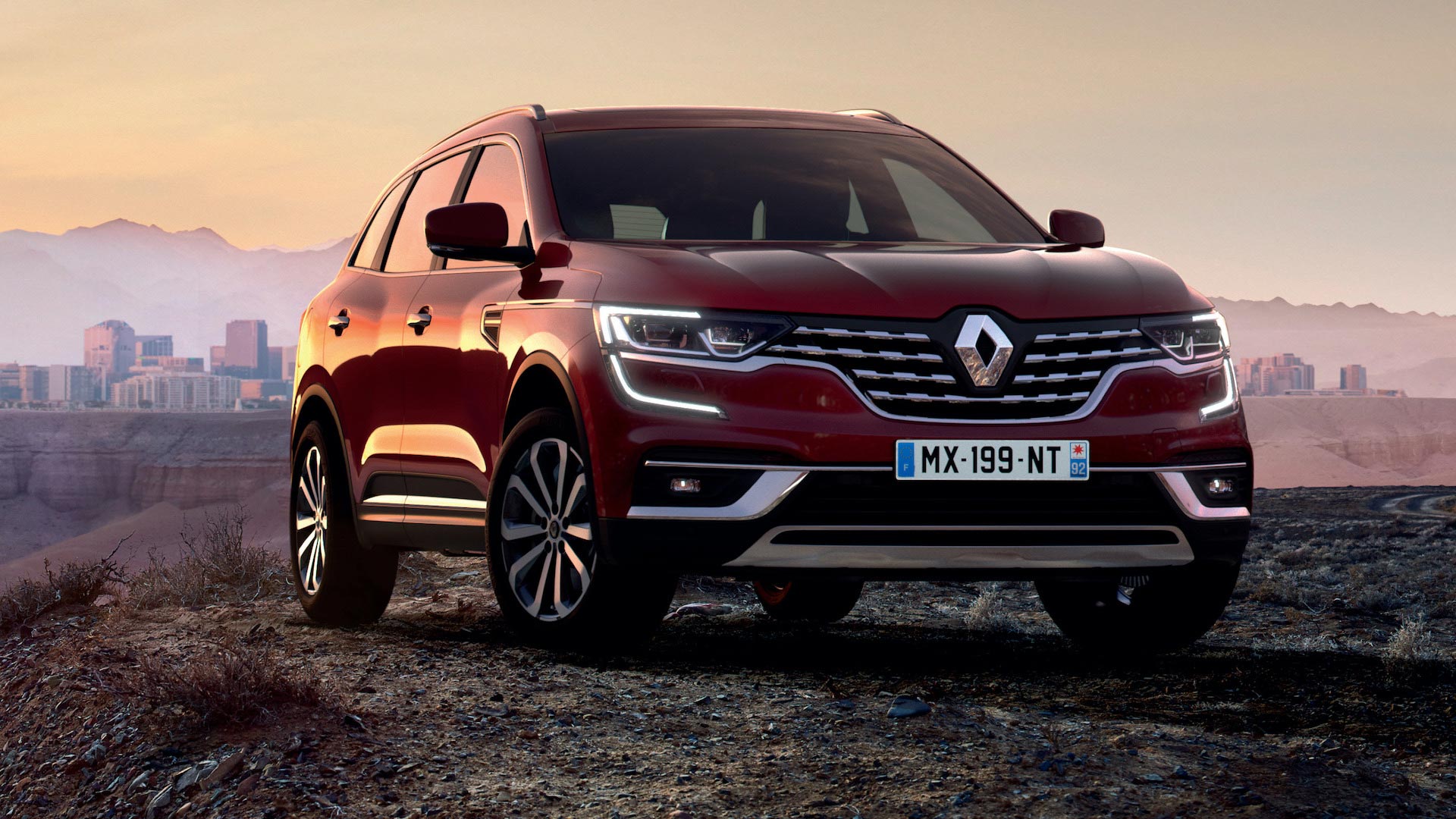 Years of TV adverts, including the famous ‘Papa and Nicole’ Clio series in the UK, have left many feeling fairly confident with the Renault name. However, countries such as the United States – where Renault stopped selling cars in the 1980s – sometimes struggle.

The name itself came from the three Renault brothers who founded the company in 1899. Try and remember back to French lessons at school, and ‘Ruh-no’ should roll off the tongue with ease. 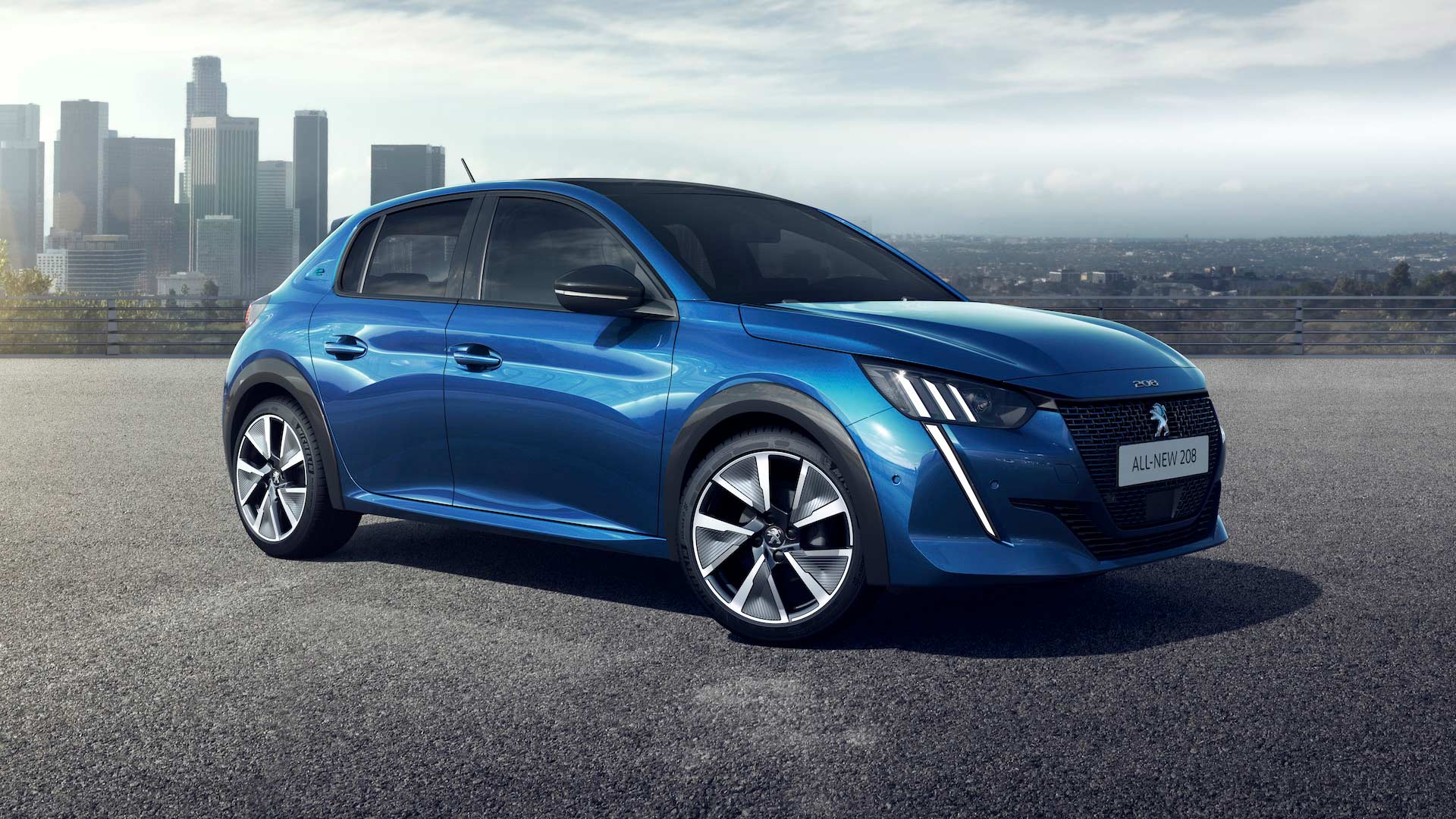 Another French name that can catch out the unwary. Peugeot is currently on a high, having won the 2020 European Car of the Year prize for the all-new 208. A high-profile marketing campaign is also making noise around the company’s range of hybrid and electric models.

A return to the United States is also on the cards in the coming years, along with a planned merger with Fiat Chrysler Automobiles. It means we can expect to keep hearing ‘Per-joe’ on TV for some time to come.