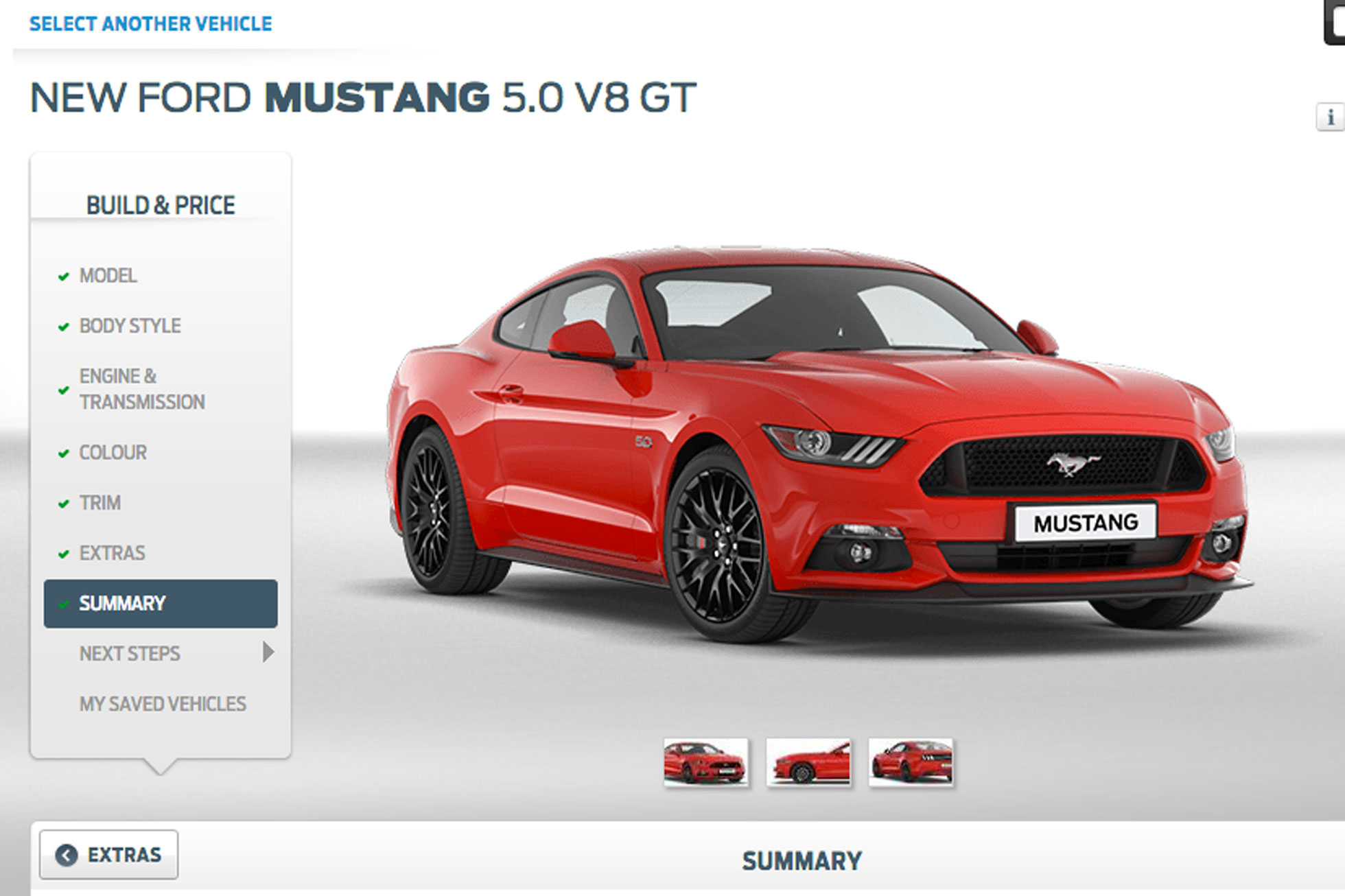 Nearly half a million people across Europe have configured their dream Mustang on Ford’s website during its first month of sales – and this is the most popular specification in the UK.

And expect Race Red to be the most popular colour when UK deliveries start later this year – 22% of those speccing their car opted for this colour, making it the most popular – followed by Deep Impact Blue (17%).

Most Europeans opted for a dark Ebony interior, accounting for 61% of configurations – while 28% also opted for the Custom Pack. This includes a premium audio system with navigation along with climate controlled seats, reverse parking sensors, 19-inch alloys and chrome window surrounds.

This is the first time the Ford Mustang has officially been on sale in Europe, with orders now open at selected FordStores in metropolitan areas.