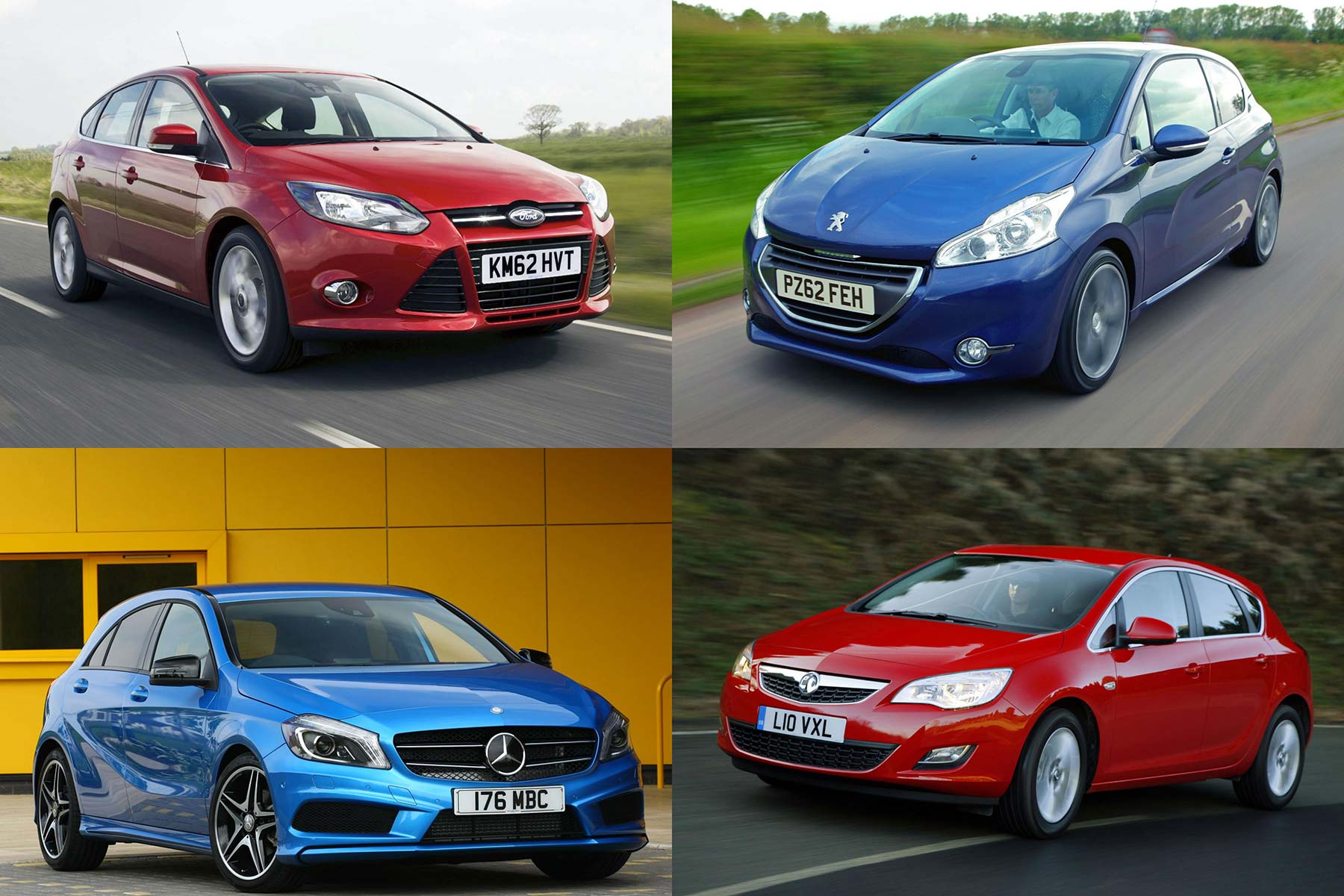 We may be the United Kingdom, but the latest sales stats from Auto Trader show we’re anything but united when it comes to buying cars.

The figures show the fastest selling used cars across the 13 regions of the UK, from Scotland to South West England.

One car, the Nissan Qashqai, is the most wanted in several regions. Others, such as the Citroen DS3, are particularly popular in a certain area. Read on to find out which cars are most popular where you live. 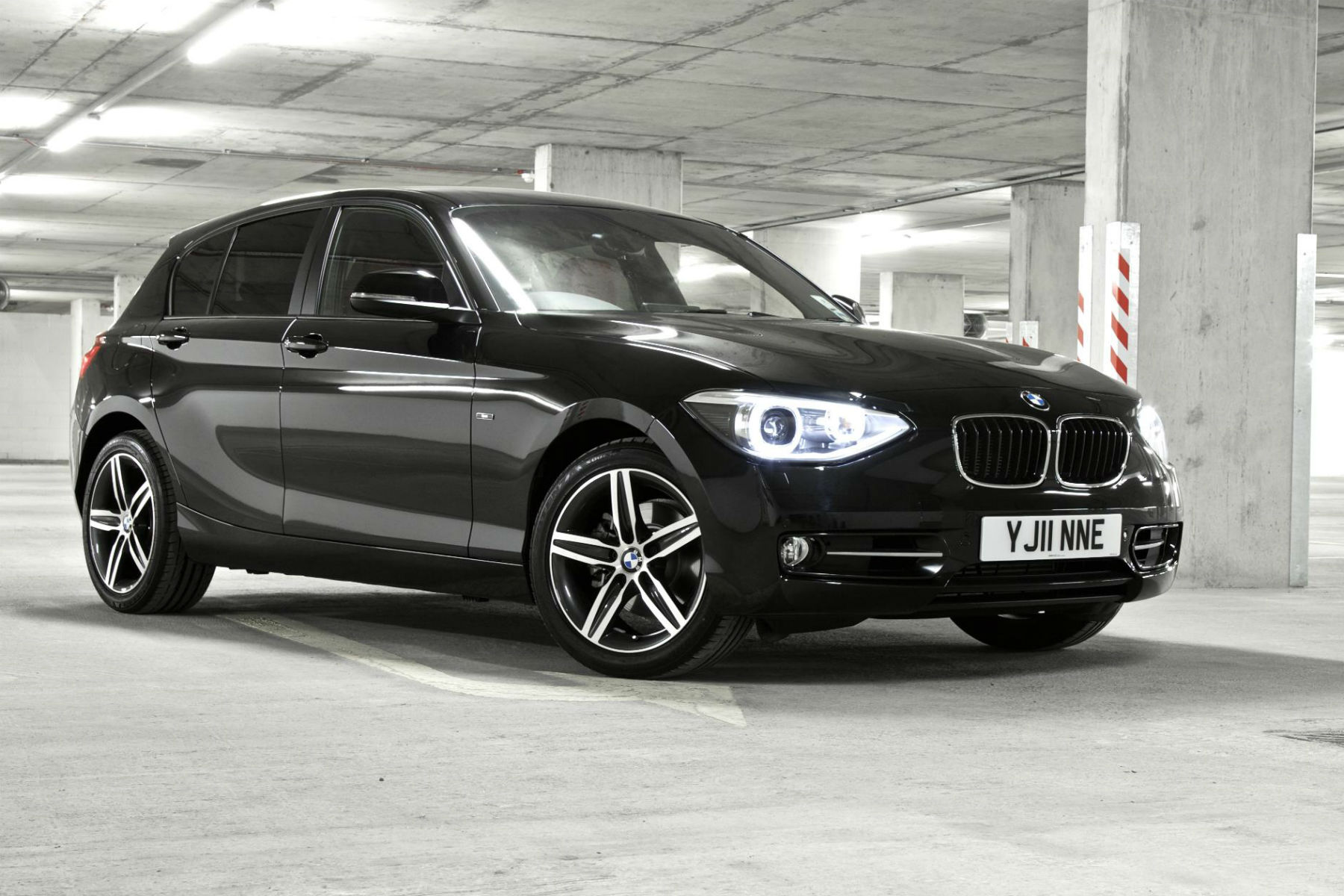 Car buyers in the South of England are clearly keen drivers; they snap up the BMW 1 Series more quickly than any other car. The most popular models date from 2012, and come with a diesel engine and automatic gearbox. They typically take 22 days to sell, with an average retail price of £13,886.

The current 1 Series was launched in 2011, then facelifted in early 2015. Its rear-wheel-drive chassis offers sporty handling, although it’s rather small for a family car. We’d opt for one of the efficient diesel engines, mated to BMW’s excellent eight-speed automatic gearbox. Alternatively, if funds permit, the M135i is one of the finest hot hatchbacks available. 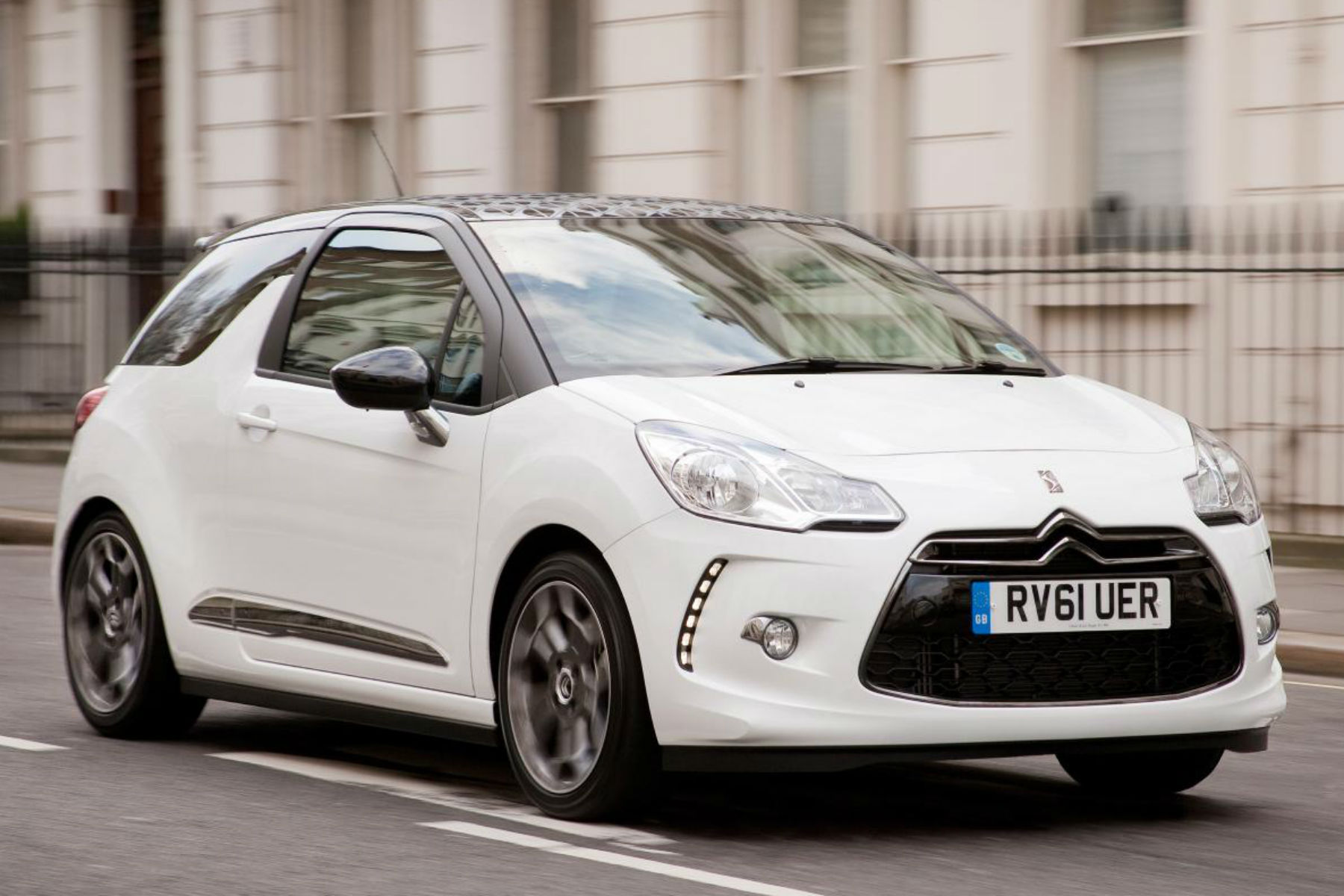 Amazingly, the 2012 Citroen DS3 is the fastest selling car in Yorkshire, but only manages 178th place nationally. A petrol-engined DS3 with a manual gearbox takes just 18 days to sell in ‘God’s own county’, at an average price of £8,900.

Citroen recently launched DS as a standalone brand, so it will be hoping its larger models can replicate the success of the DS3. The Citroen – sorry, DS – is fun to drive and a credible rival for the Mini Cooper when fitted with the turbocharged THP petrol engine. There are lots of Mini-style customisation options, too – plus a (not very practical) Cabrio version. 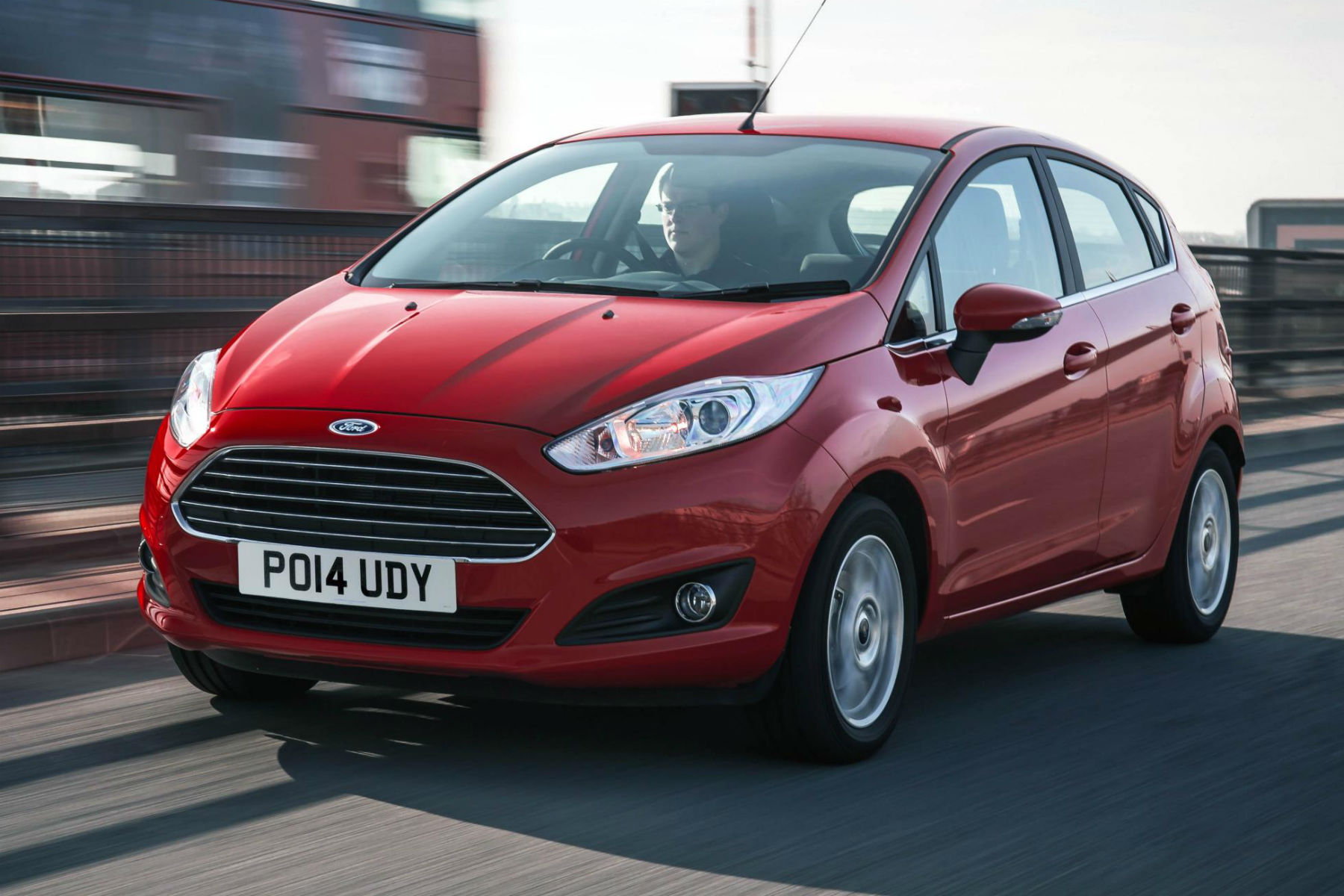 Most of us know the Ford Fiesta is Britain’s bestselling car – and has been since 2009. But only in Wales is the Fiesta the fastest-seller, where a 2014 petrol model with a manual gearbox typically takes 30 days to find a buyer. The average sale price for such a car is £10,354.

The evergreen Fiesta has been on sale since 2008, yet remains a firm favourite with owners and critics alike. Much of the car’s appeal stems from its perfectly poised handling – no supermini is more enjoyable to drive. Ford’s 1.0-litre Ecoboost petrol engine is the one we’d pick; it’s eager to rev and impressively efficient. 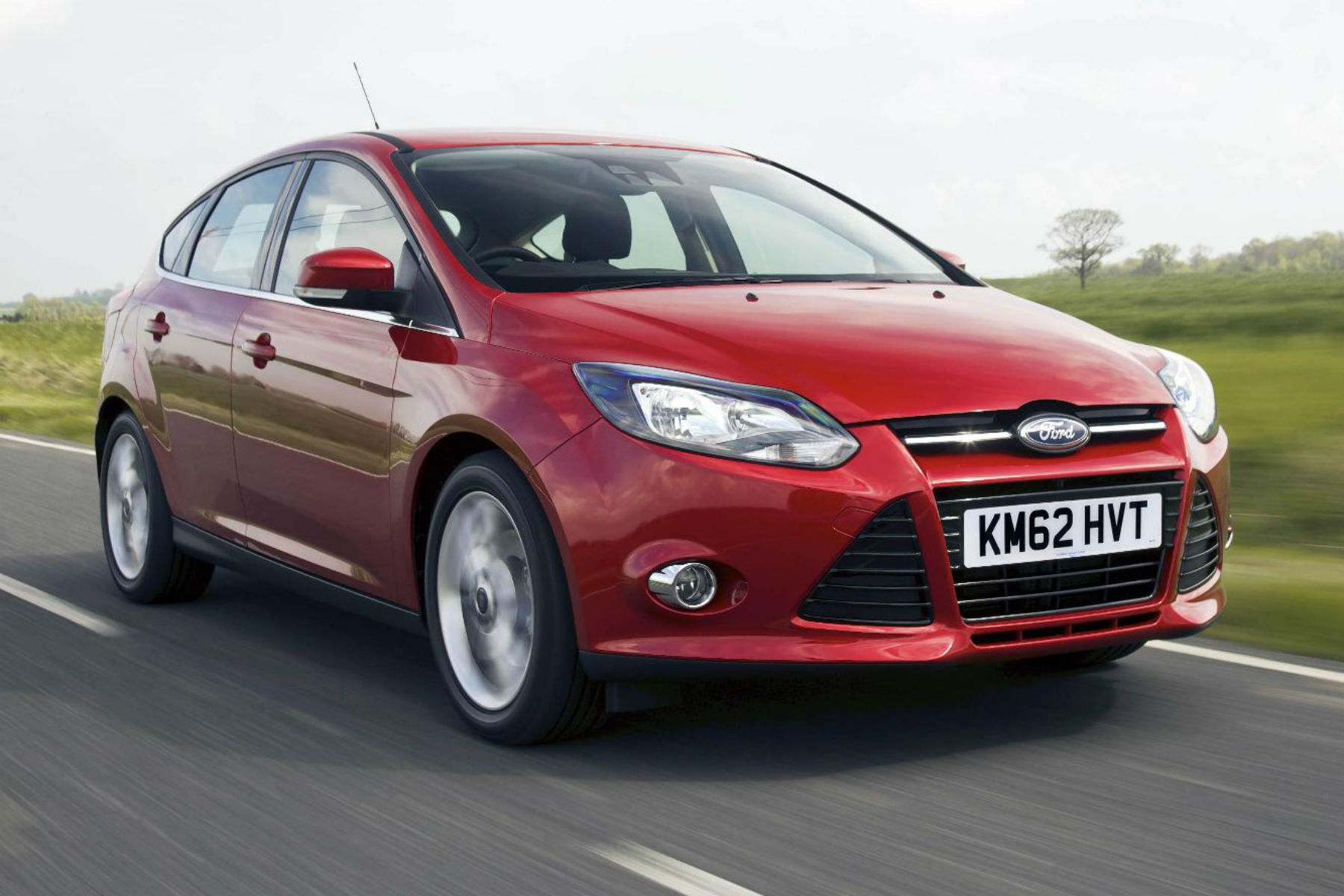 Certain parts of London may be populated by Range Rovers and Porsche 911s, but the capital’s fastest selling car is actually the humble Ford Focus. Advertise your 2012 Focus with a petrol and engine and manual gearbox on Auto Trader, and chances are it will be snapped up in just 16 days – at an average price of £8,895.

The original 1998 Focus replaced the awful Escort and turned around Ford’s fortunes. This third-generation car builds on that success, with a good blend of comfort, practicality and affordable running costs. A recent 2015 facelift has brought sharper styling and a much-improved media system. 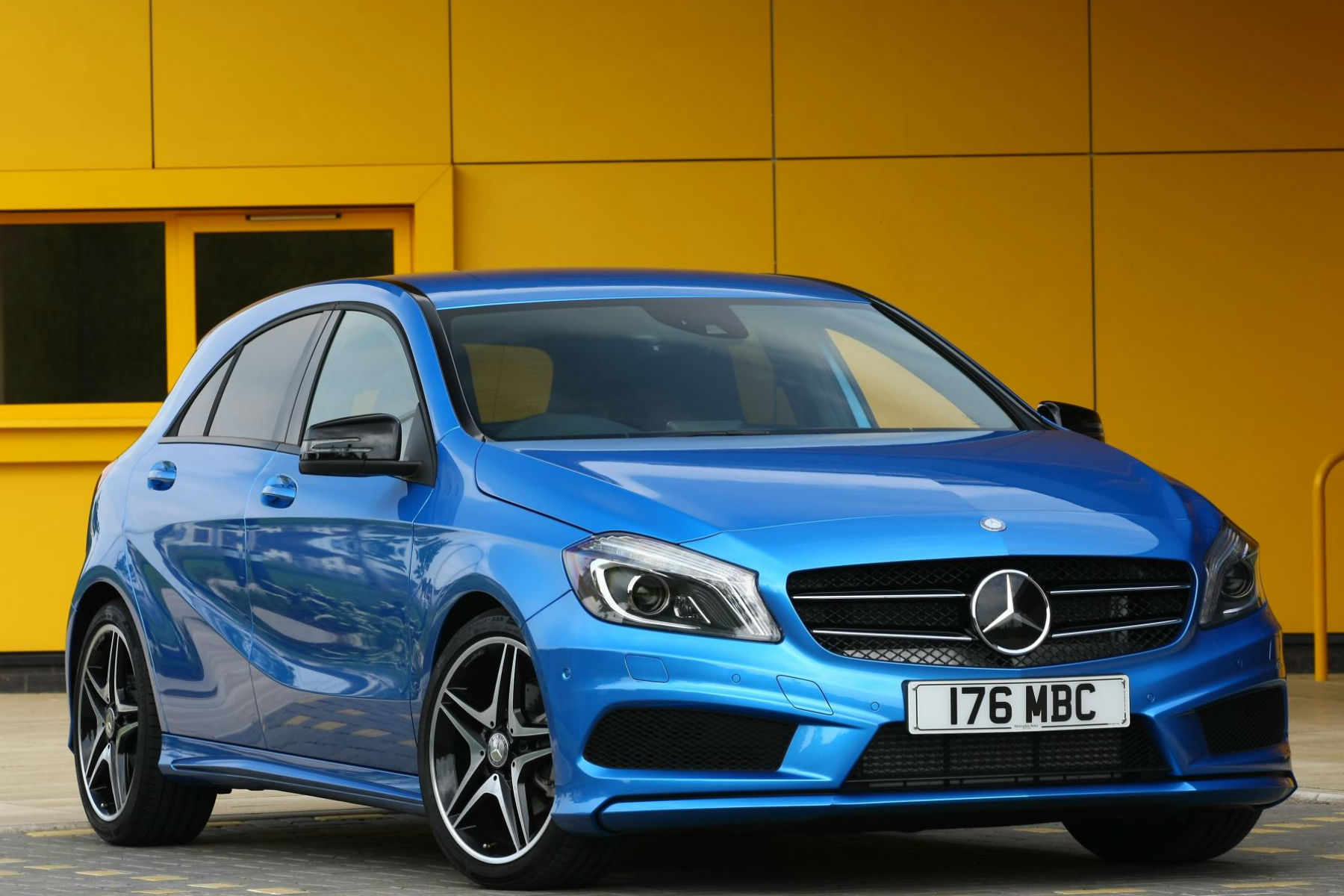 If you think everybody in the Home Counties swans around in a new Mercedes… you are almost right. The nearly-new 2014 Mercedes A-class is the fastest seller in South East England, at an average price of £21,522. That’s for a diesel version with automatic gearbox, which takes an average of 23 days to sell.

The current A-class, launched in 2012, is a big departure from the cars that went before it. The baby Mercedes is now more conventional hatchback than compact MPV, taking on the Audi A3 and BMW 1 Series at their own game. Test-drive an A-class before you buy, as the suspension is too firm for some tastes. Its boot is small for a family car, too. 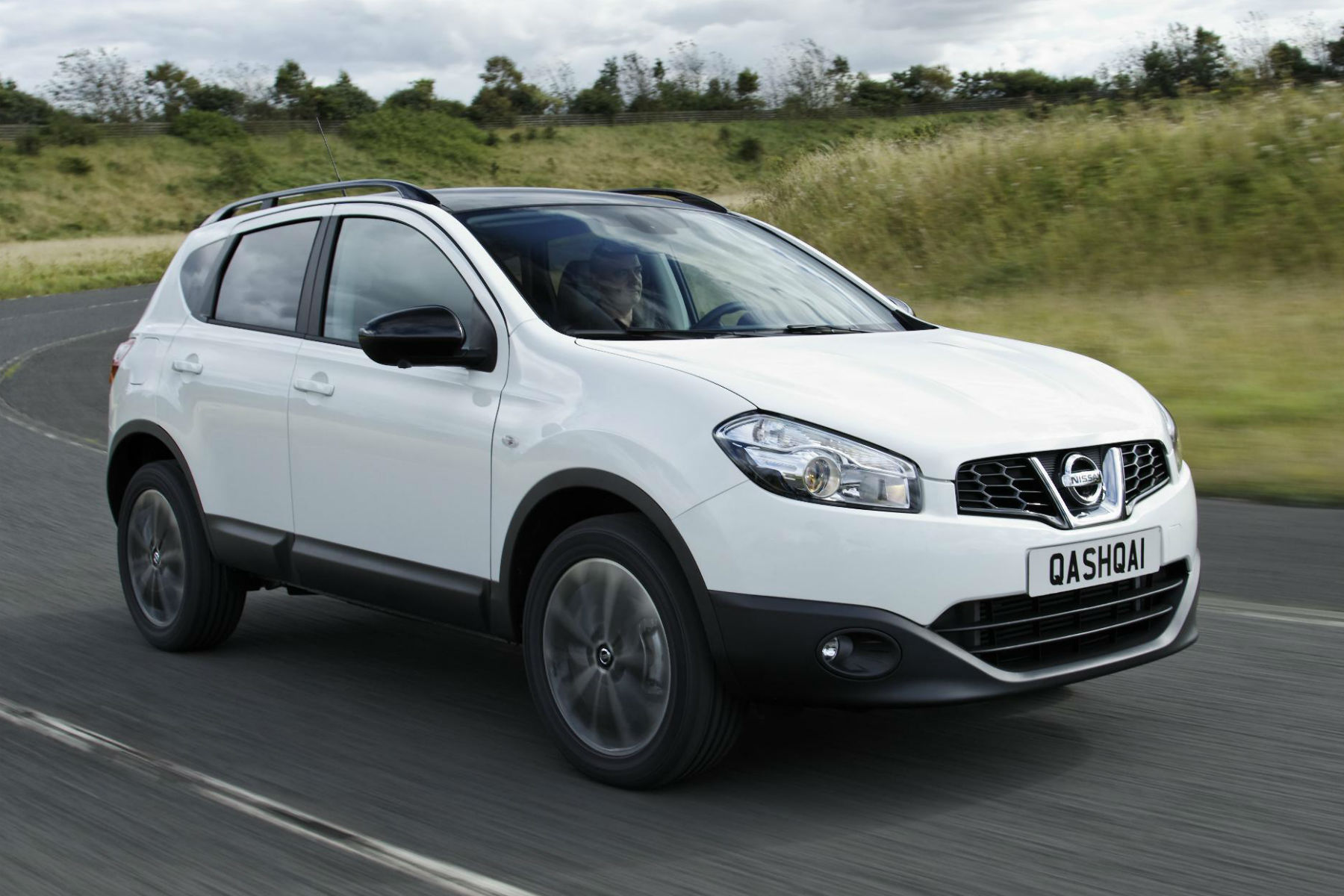 The ubiquitous Qashqai is the only car to sell fastest in more than one region. In fact, it tops the list in three areas: the East of England, Scotland and South West England. In each case, models dating from 2012 are most popular, but while East Englanders and Scots prefer a diesel engine, buyers in the West Midlands prefer petrol.

By combining a hatchback and a 4×4, the Qashqai arguably created the ‘crossover’ – a concept since copied by countless others. The first-generation Qashqai seen here first arrived in showrooms in 2006 and is best sampled with the 1.6 dCi diesel engine. A seven-seat Qashqai+2 was also available. The current Qashqai followed in 2013. 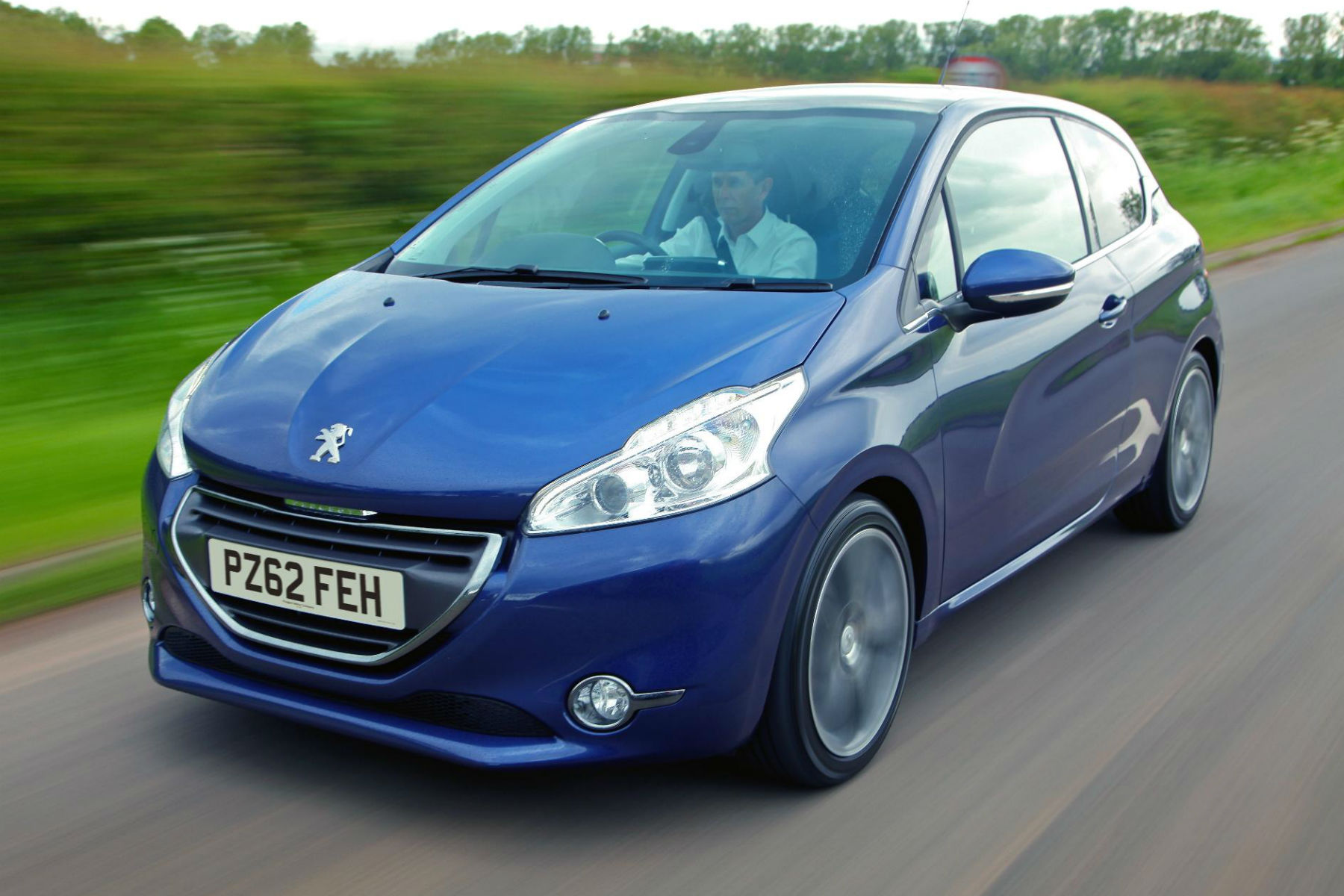 Car buyers in North West England have a penchant for the Peugeot’s stylish 208 supermini. A 2012 example of the French Fiesta-rival typically takes 18 days to sell if fitted with a petrol engine and manual gearbox. And the average price paid is a relatively affordable £7,465. 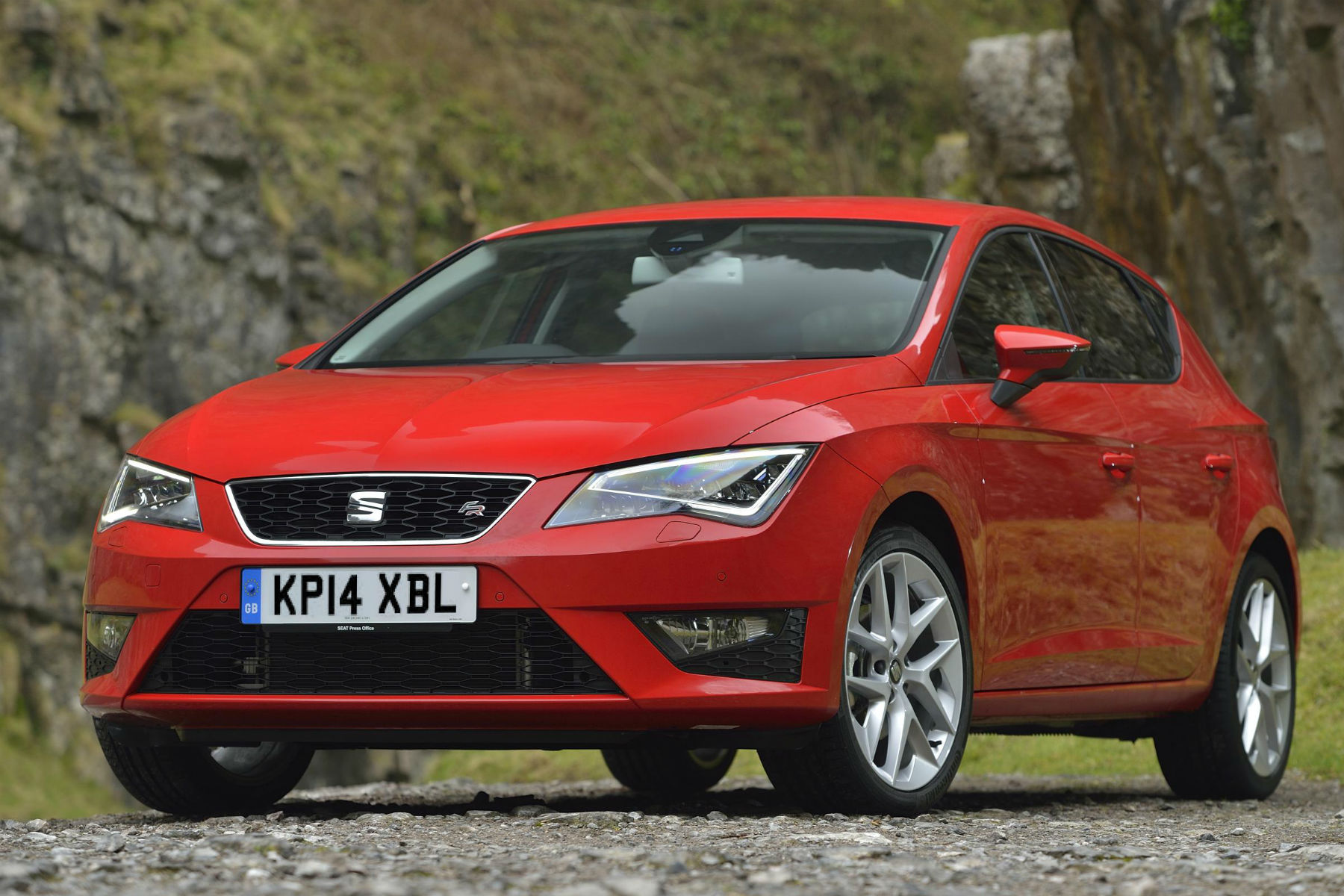 Northern Ireland can’t boast the same weather as Spain, but its residents do enjoy a Spanish car – a 2014 Seat Leon with a diesel engine and manual gearbox, to be specific. The current Leon is the fastest seller in the region, taking 37 days to find a buyer, at an average price of £13,115.

Like the Mercedes A-class, the Leon has got sleeker with age. It’s now less like an MPV and more like a Volkswagen Golf – the car it shares a platform and engines with. The Leon’s USP is that it’s markedly cheaper to buy than a Golf, and better looking as well. We recommend the turbocharged TSI petrol engines, particularly the 1.4 TSI ACT, which switches from four to two cylinders to save fuel. 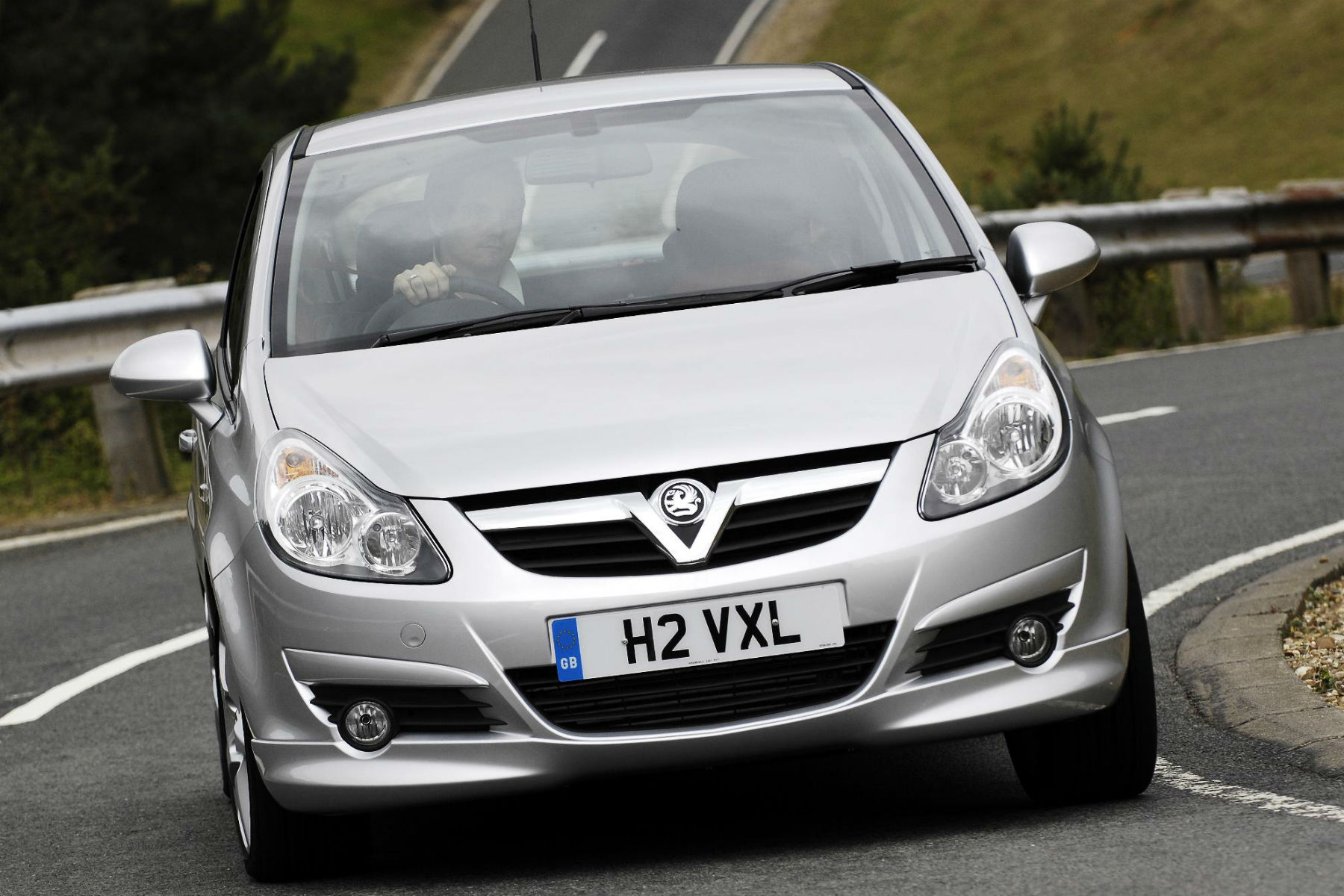 People in North East England clearly appreciate value for money. The fastest selling car in that region is a 2007 Vauxhall Corsa, with an average sale price of a modest £3,437 – less than half as much as the fastest seller in any other region. A petrol Corsa with manual gearbox typically finds a buyer in just 17 days.

There’s nothing especially exciting about the old Corsa, but it is cheap to buy and run. It’s also spacious inside, with ample headroom for two adults in the back and a decent boot. Engines range from a 60hp 1.0 to the 192hp 1.6 VXR hot hatch. Being sensible sorts, we’d go for the 80hp 1.2 with five doors and a manual gearbox. 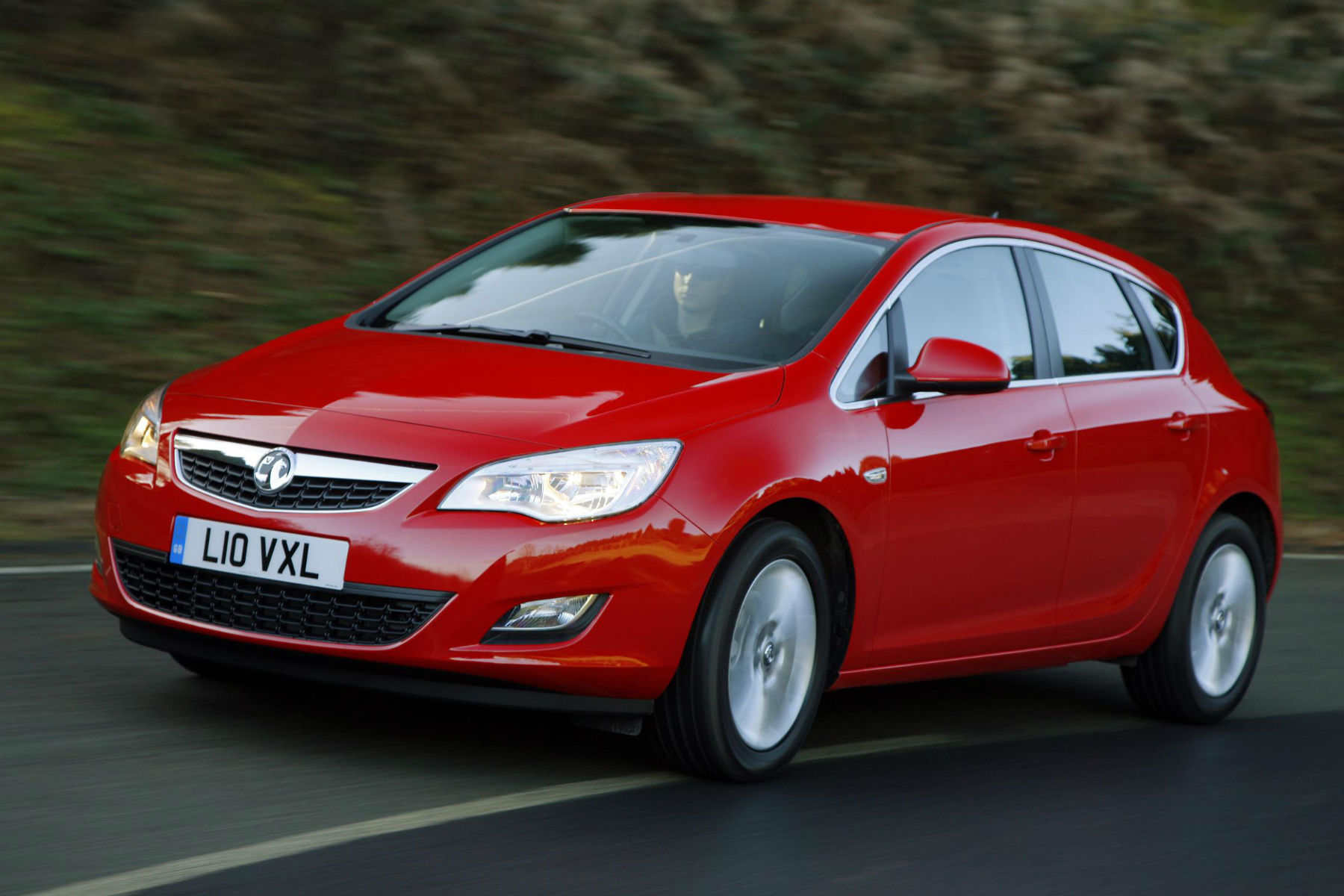 Last on our list is the Vauxhall Astra, which is the fastest selling car in the East Midlands. This hard-working hatchback is most popular in a 2012 vintage, with a diesel engine and manual gearbox. Thus equipped, an Astra takes 24 days to sell via the Auto Trader website, at an average price of £9,533.

Most new Astras are sold to company fleets, so they appear on the second-hand market in large numbers. That’s good news for buyers, as prices tend to be lower than many rival cars. And a new Astra is due in December 2015, so the current model will only get cheaper. The 1.4-litre petrol engine is perfectly adequate around town, while the 1.6 diesel is best suited to motorway miles.