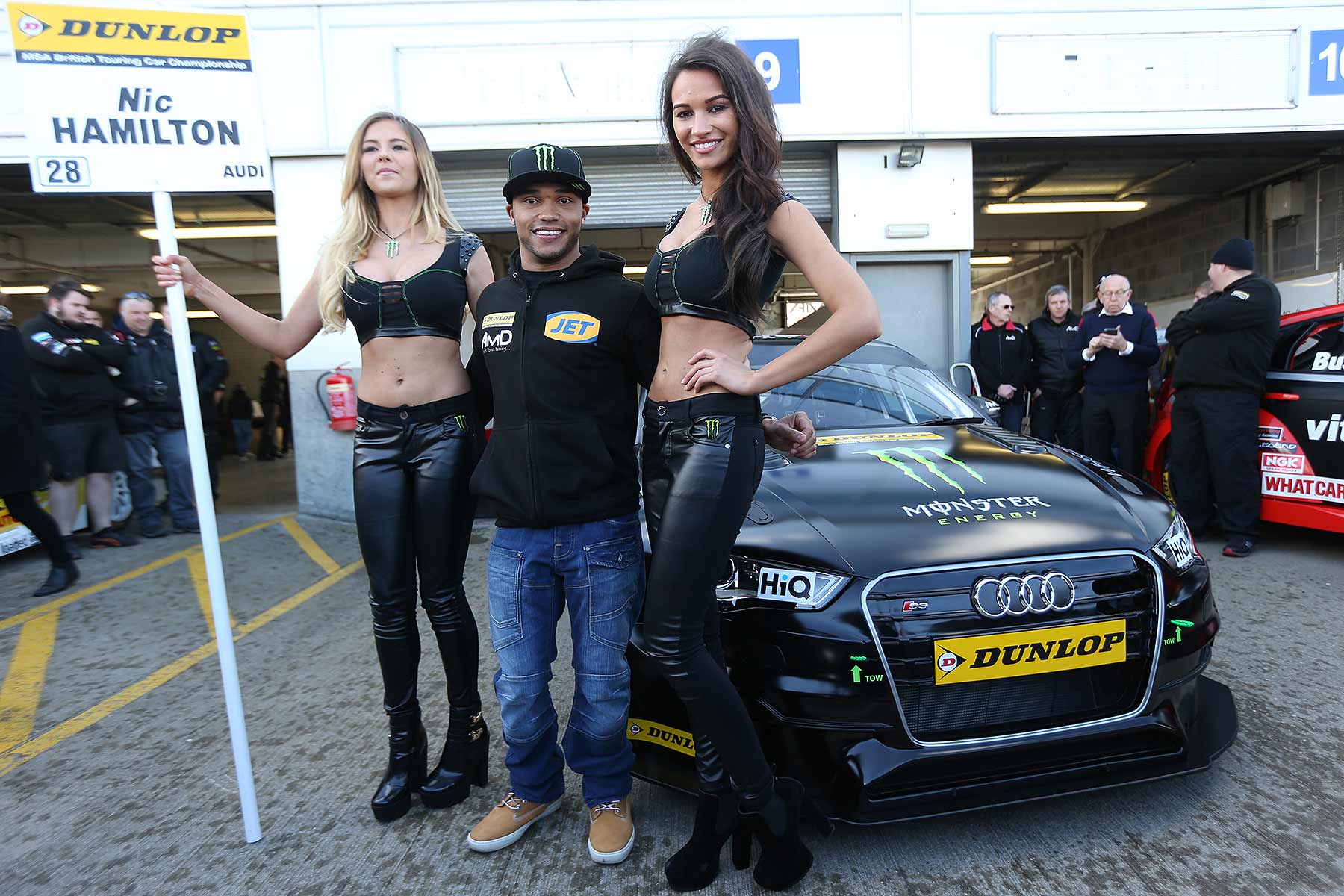 Nicolas Hamilton will compete in selected rounds of the 2015 British Touring Car Championship, ahead of a potential full season’s racing in 2016.

The 22 year old brother of the two-times (and reigning) F1 World Champion will drive an Audi S3 saloon run by AmD Tuning.com.

Hamilton’s first round will be the Croft Weekend in June: he’ll then race at Snetterton, Rockingham, Silverstone and Brands Hatch.

For the past few seasons, Nic Hamilton has been developing his racing career, first competing racing in the Renault Clio Cup in 2011 and 2012. The series is an acknowledged feeder series for the BTCC.

In 2013, Hamilton raced in the European Touring Car Cup, finishing the season 10th in the standings.

Hamilton races a specially modified car due to living with Cerebal Palsy: he’s the first disabled competitor ever to race in the British Touring Car Championship.