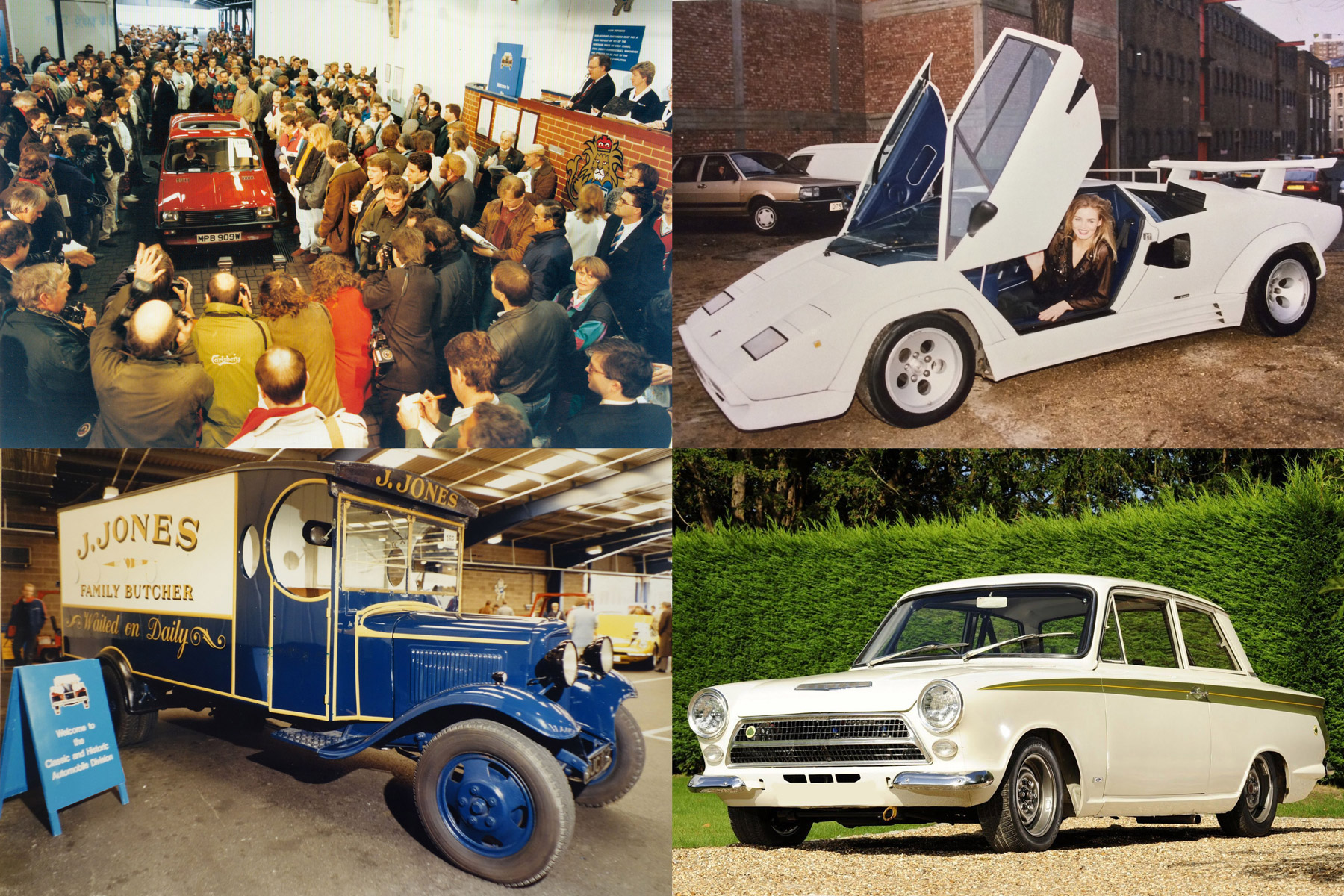 Although many of us wouldn’t dream of buying a car from auction, millions of cars a year are sold this way in the UK. An incredible 3.5 million pass through the halls of British Car Auctions each year, with the firm celebrating its 70th year of business in 2016.

To celebrate the occasion, long-standing employee Simon Henstock, chief operating officer, UK remarketing, has selected 10 of his favourite auctions during his near 40 years with the firm. 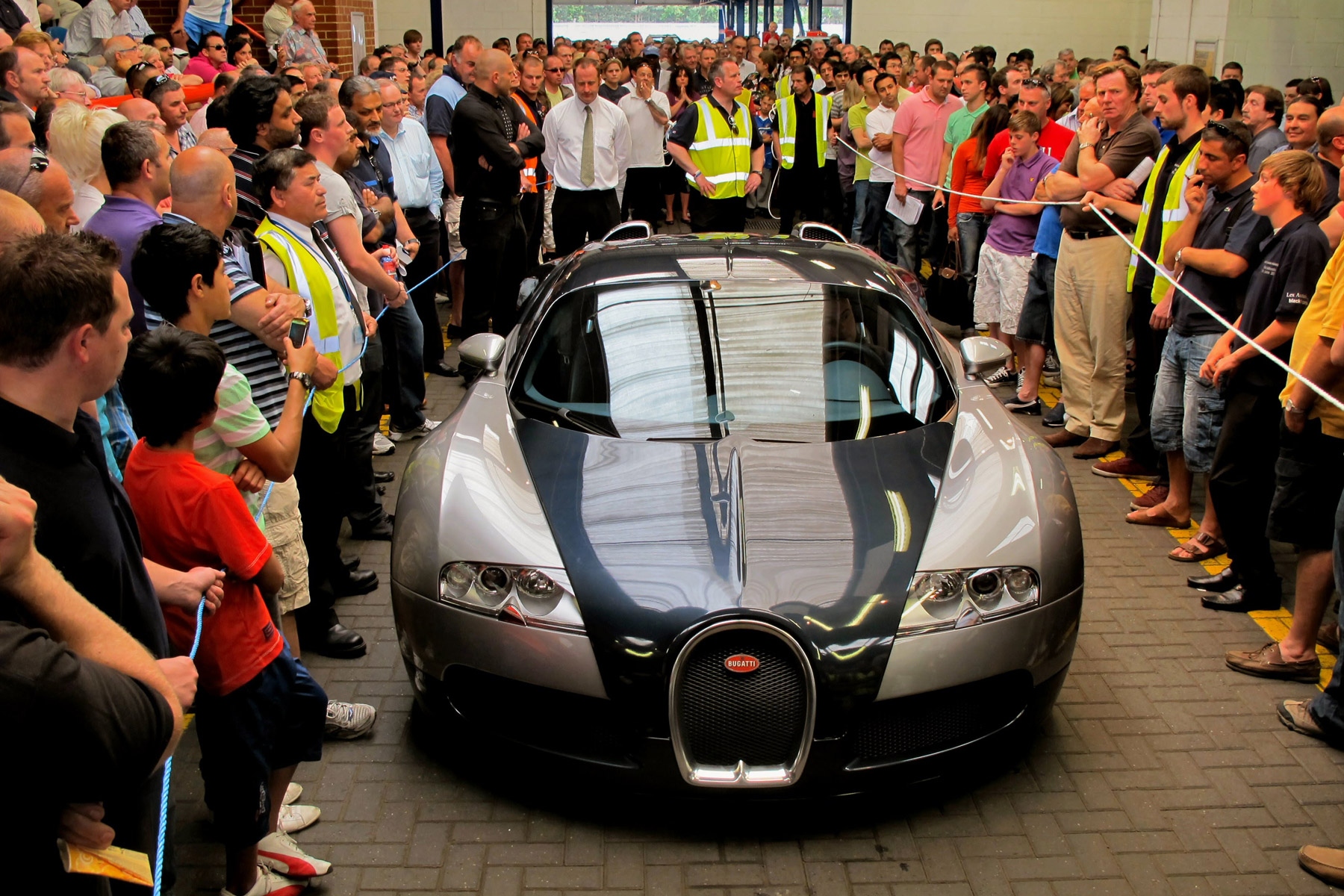 Top Gear named the Bugatti Veyron the ‘car of the decade’ following its launch in 2005 – and it’s hard to dispute that the mid-engined supercar is a technical tour de force. With a top speed of 253mph and 0-62mph time of 2.5 seconds (and that’s the entry-level model…), the 8.0-litre W16 Bugatti commanded a price tag of more than £1 million when it was new.

It’s not the kind of car you expect to see going through auction, then – but in 2010, a 2006 model appeared at BCA’s Blackbushe site. It attracted a bidding frenzy, resulting in a sale price of £625,000. That was a UK record value for a modern production car at auction and the highest value ever achieved by BCA on one vehicle. 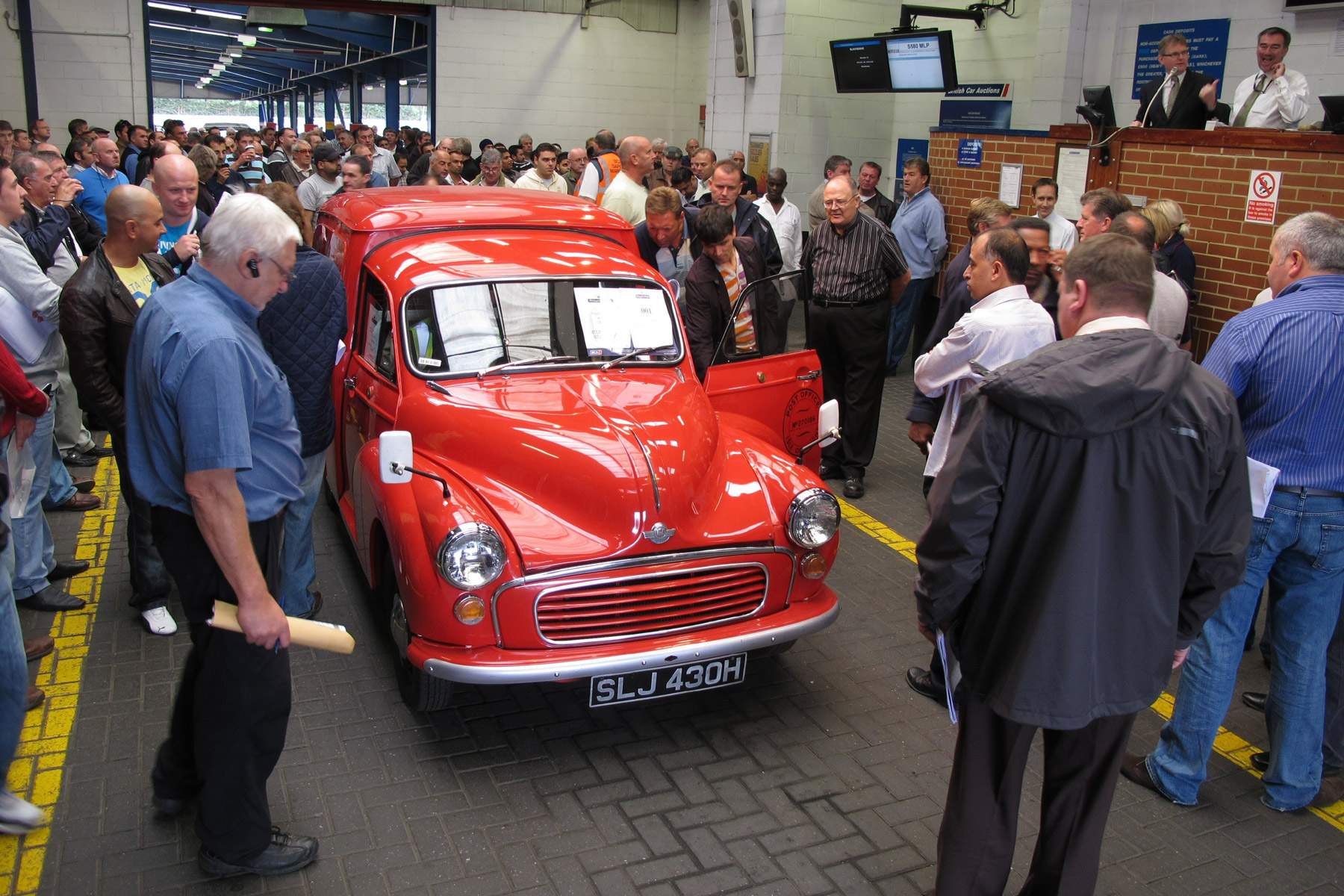 BCA doesn’t often dabble in sales of classic cars, but this Morris 1000 Post Van was a special case – donated by Royal Mail and sold with all the proceeds going direct to children’s charity Barnardo’s.

The van had seen service in Poole and Bournemouth in the 1970s and had been fully restored by four dedicated Royal Mail employees at the Isle of Wight workshop, before being sent to auction.

It attracted bids from classic car fans and Royal Mail enthusiasts, before selling for £8,000. 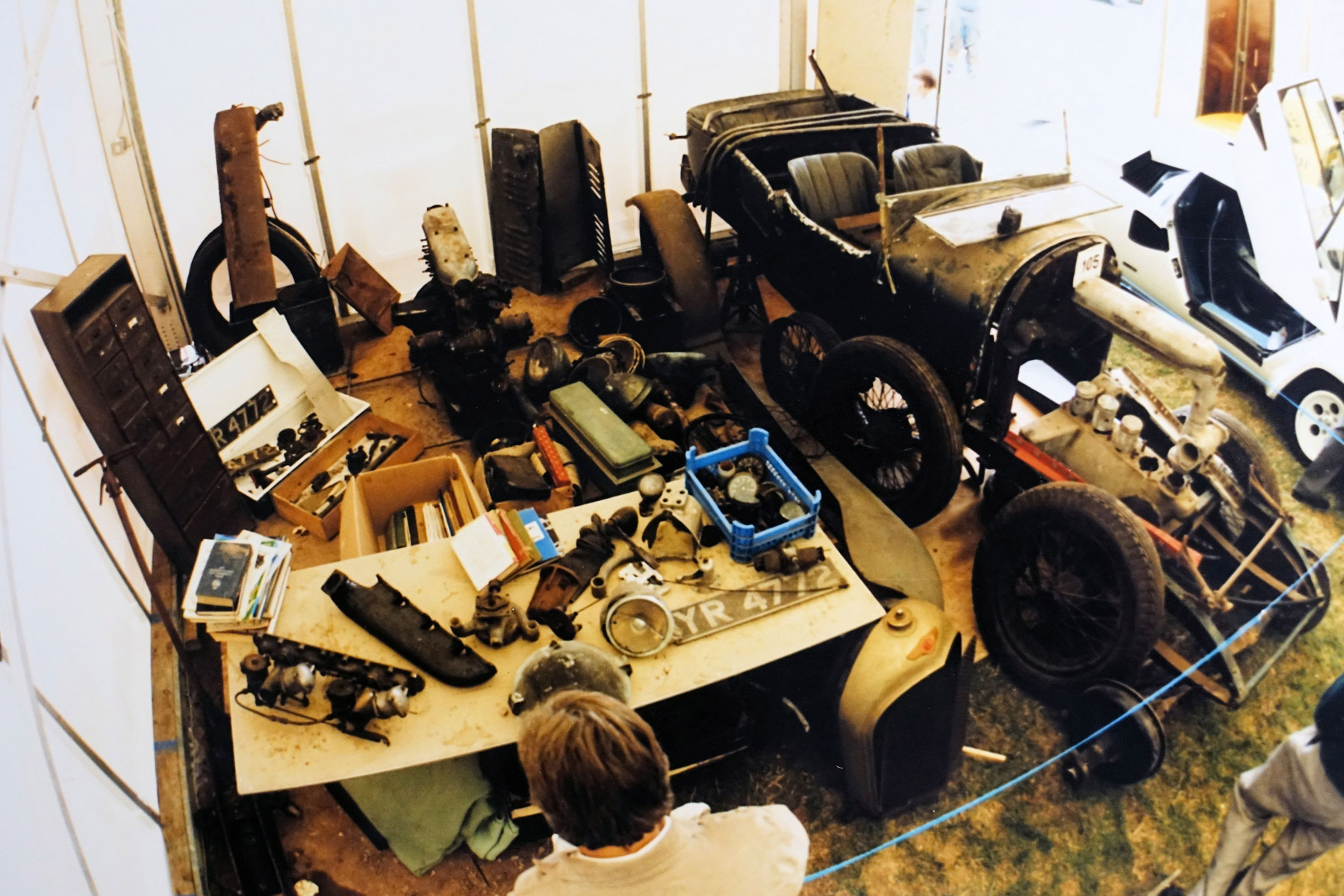 Classic Bentleys are always going to make strong money at auction – but no one expected this box of Bentley bits to fetch £80,400.

We’re not sure how a disassembled Bentley 3 Litre Open Tourer came to go under the hammer, but it happened at the peak of the classic car boom on 11 September 1989. 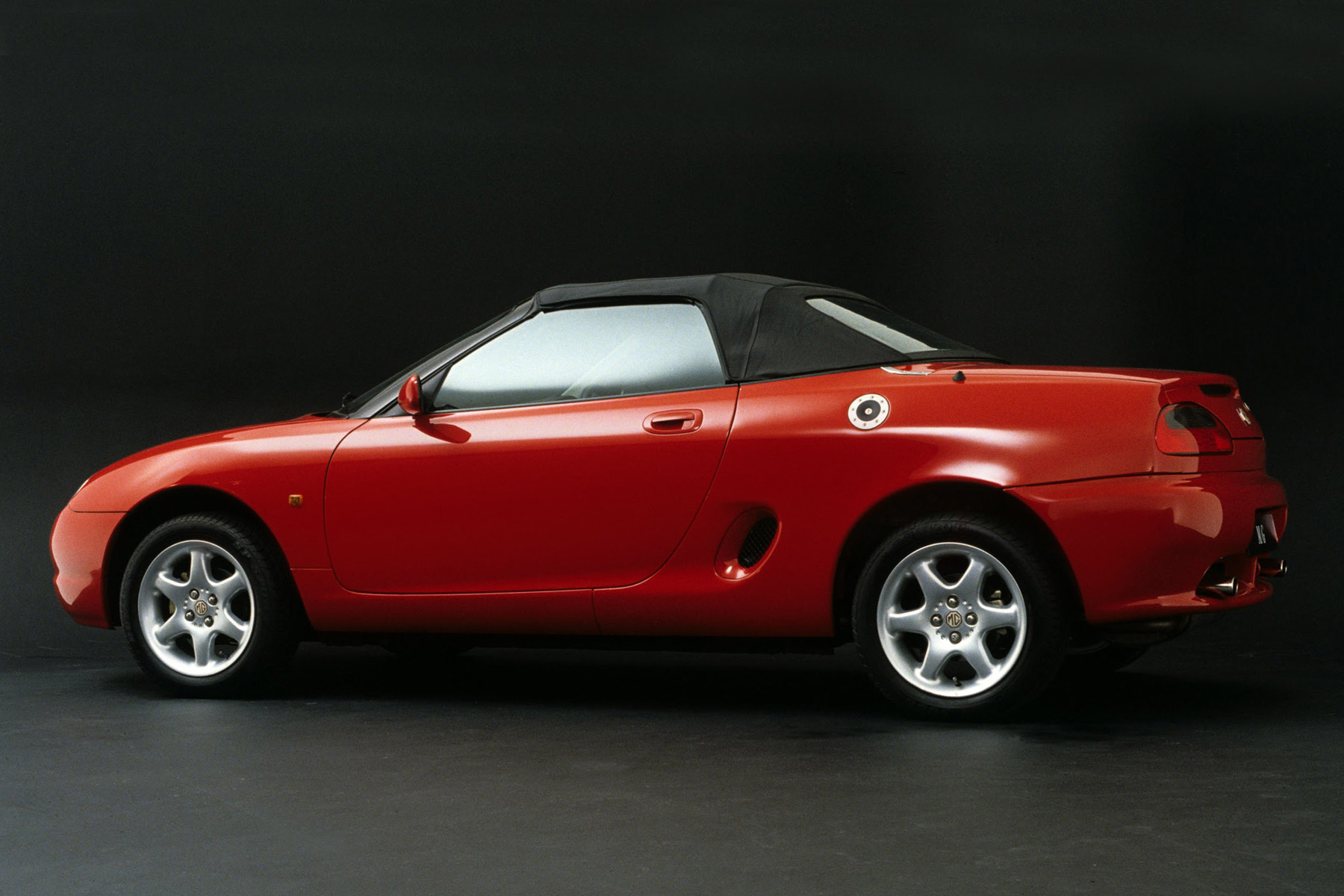 In 1996, when Rover had to flog 30 or so early examples of the MG F, it took over British Car Auctions with a special sale. At a time when MGs were still desirable, many were selling for more than new examples – with a waiting list encouraging wannabe buyers to shop at auction.

On average each car made 7% above its new list price. Today, you can buy one for less than a monkey (that’s £500 to you and me). 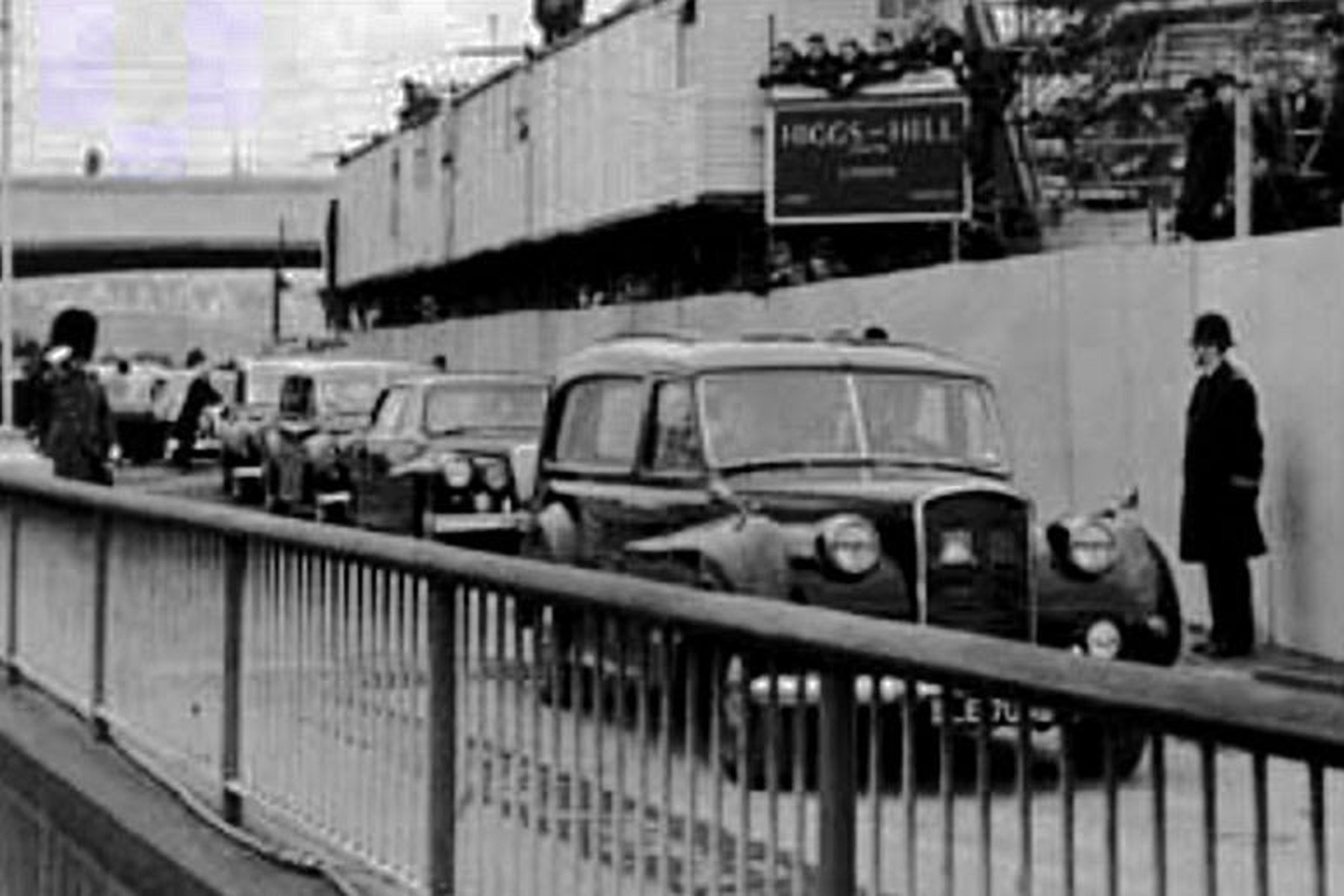 This 1964 Austin Princess hearse was used to carry Winston Churchill during his funeral in January 1965. It was shown on television carrying Churchill’s coffin past crowds of mourners from Festival Pier to Waterloo Station.

The hearse has been sold a number of times since it passed through BCA’s hands in the 1990s – and it currently resides in the US with a collector who paid a staggering £3 million for it. 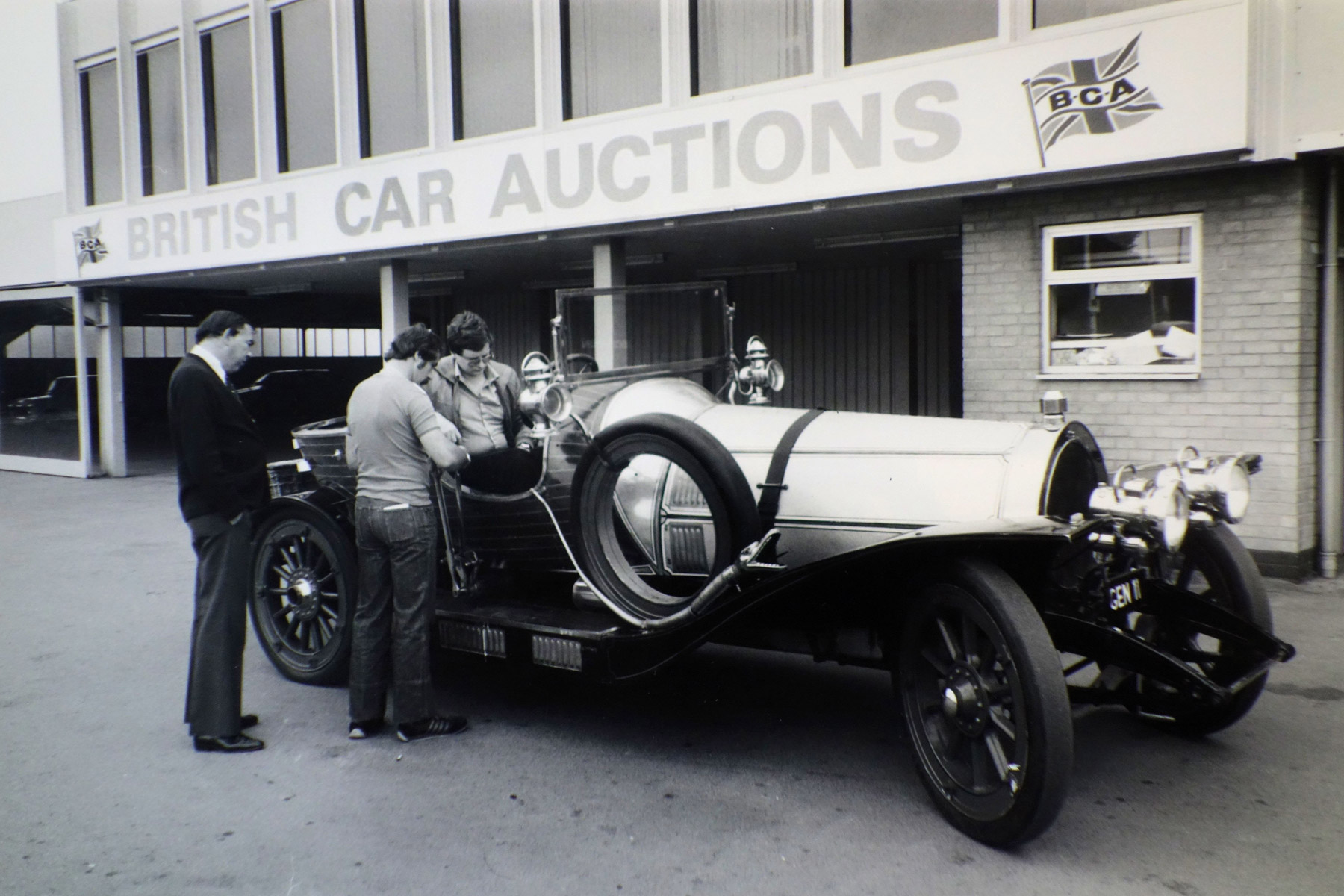 Chris Evans famously bought his Chitty Chitty Bang Bang replica for £500,000 in 2012 – but failed to sell it at auction three years later.

GEN 11 was a genuine Chitty, however – one of six examples used in the original 1968 film. It was auctioned twice by British Car Auctions during the 1970s. Powered by a Ford V6, GEN 11 was fully road legal. 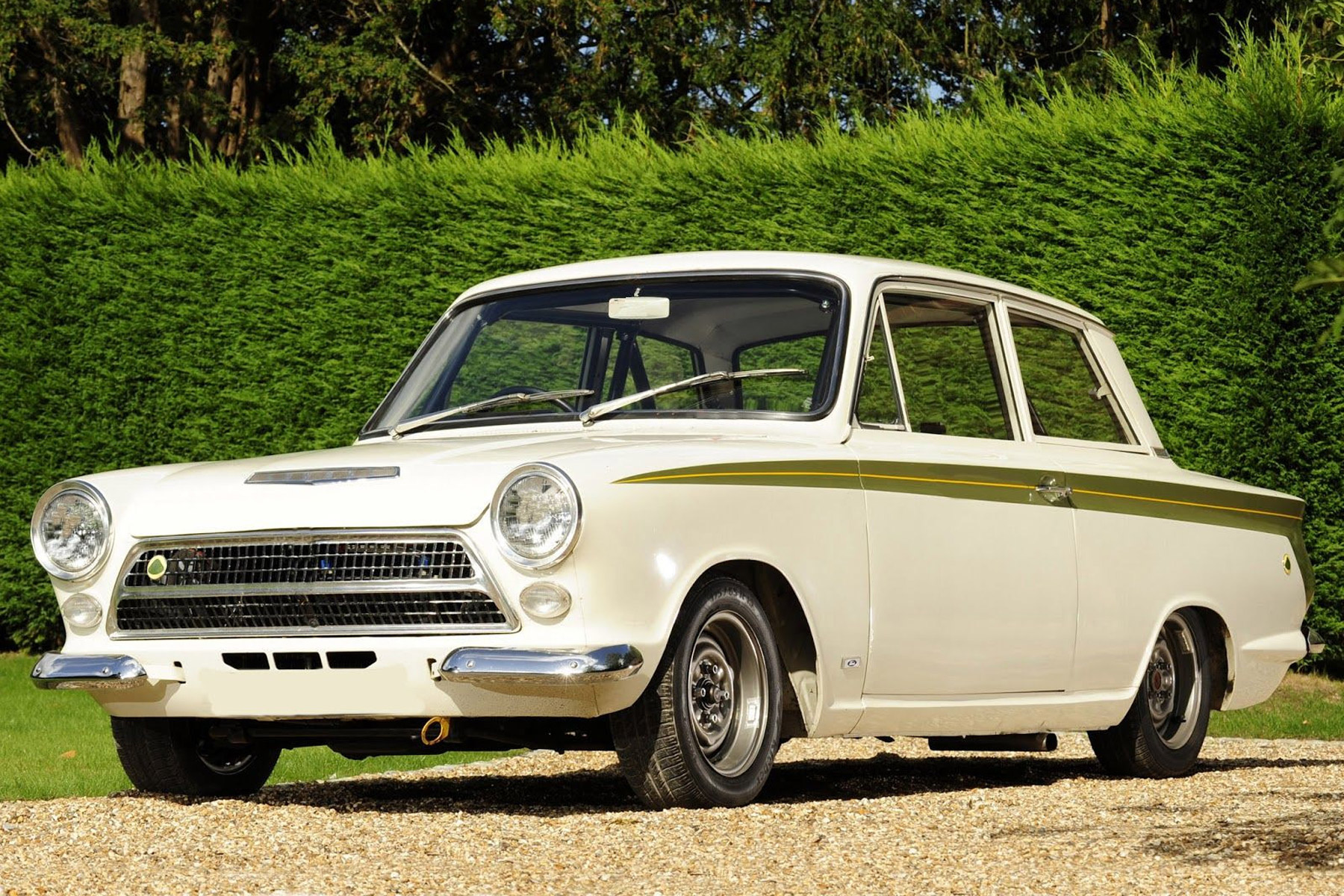 Bruce Richard Reynolds was the mastermind criminal behind the 1963 Great Train Robbery. A number of the gang’s possessions, including Reynolds’ Lotus Cortina (used as a getaway car) was auctioned as part of a special auction in 1969.

The Lotus Cortina, developed by Ford in collaboration with Lotus Cars, was based on the first-generation Cortina. This example was seized by police under the Proceeds of Crime Act and attracted a lot of attention in the press when it was sold. 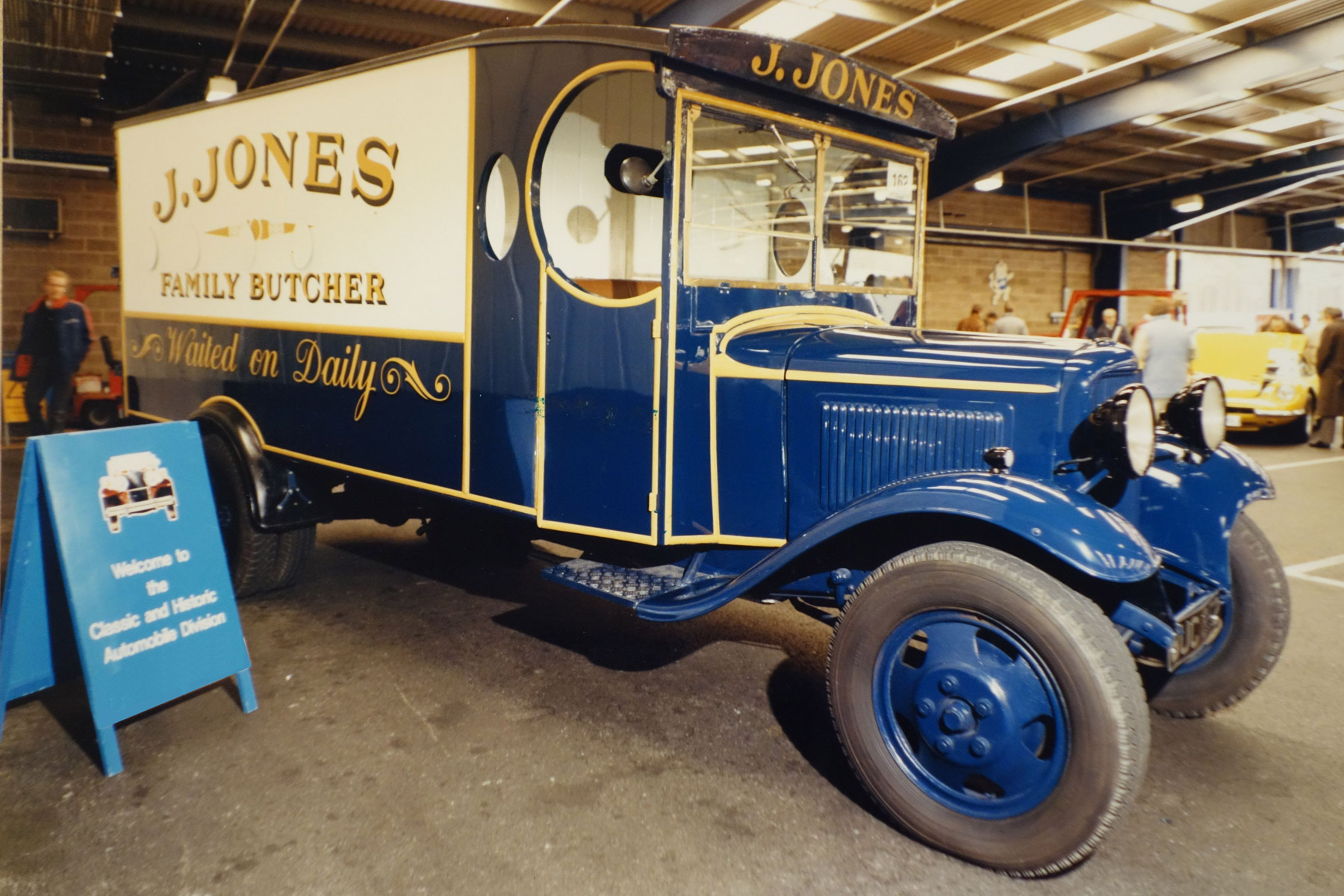 How much does an old butcher’s van fetch at auction? The 1935 Ford box van used by Lance Corporal Jones in Dad’s Army was bought by the Dad’s Army Museum in Norfolk for £63,100 in 2012 – more than double its predicted hammer price. 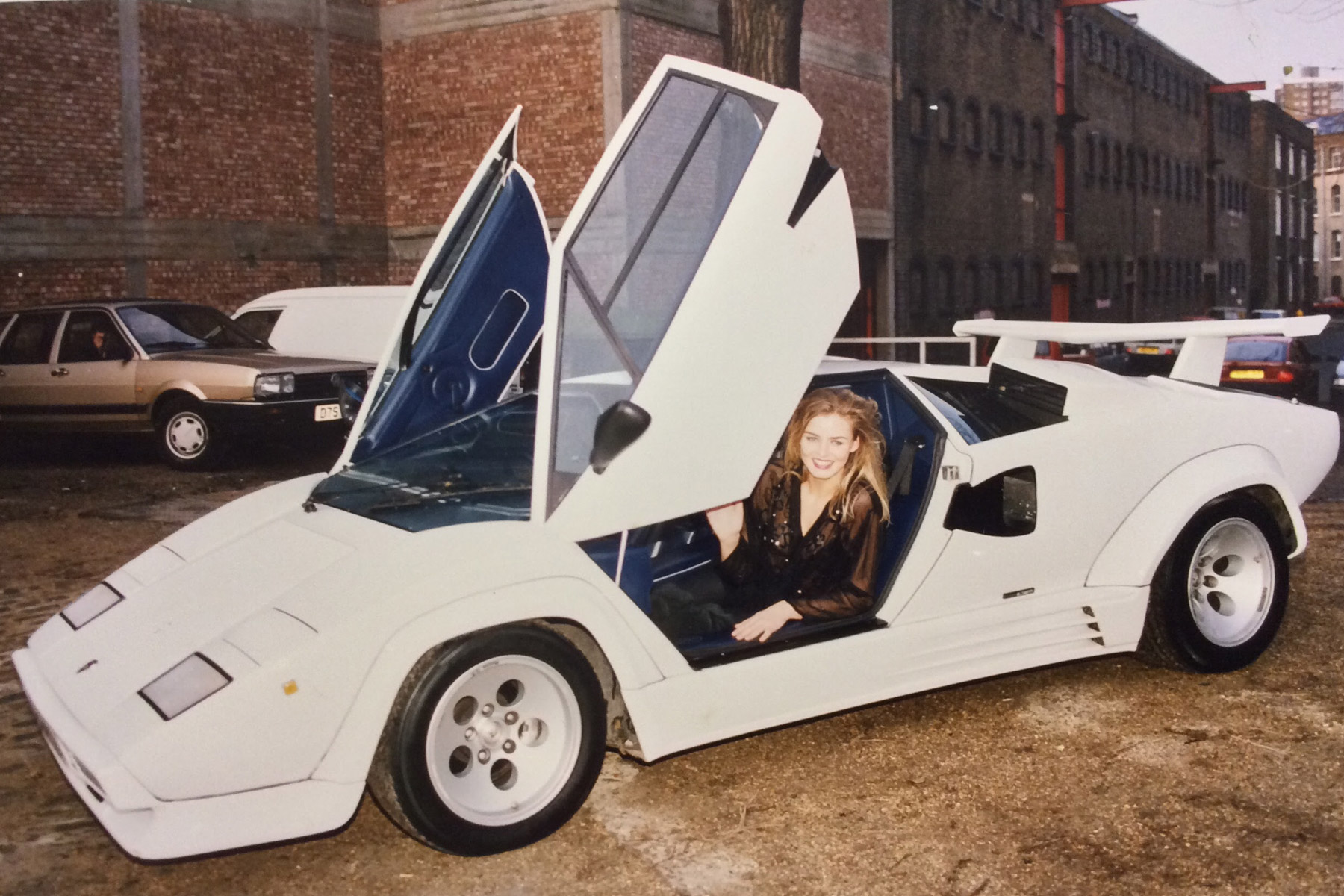 Pop star Rod Stewart famously loves his cars – he’s been papped in a number of Italian supercars in recent years. British Car Auctions has handled numerous cars from his collection over the years, but it’s one in particular that Henstock has fond memories of.

The white Lamborghini Countach pictured here sold for £100,000 and even made an appearance on breakfast TV. 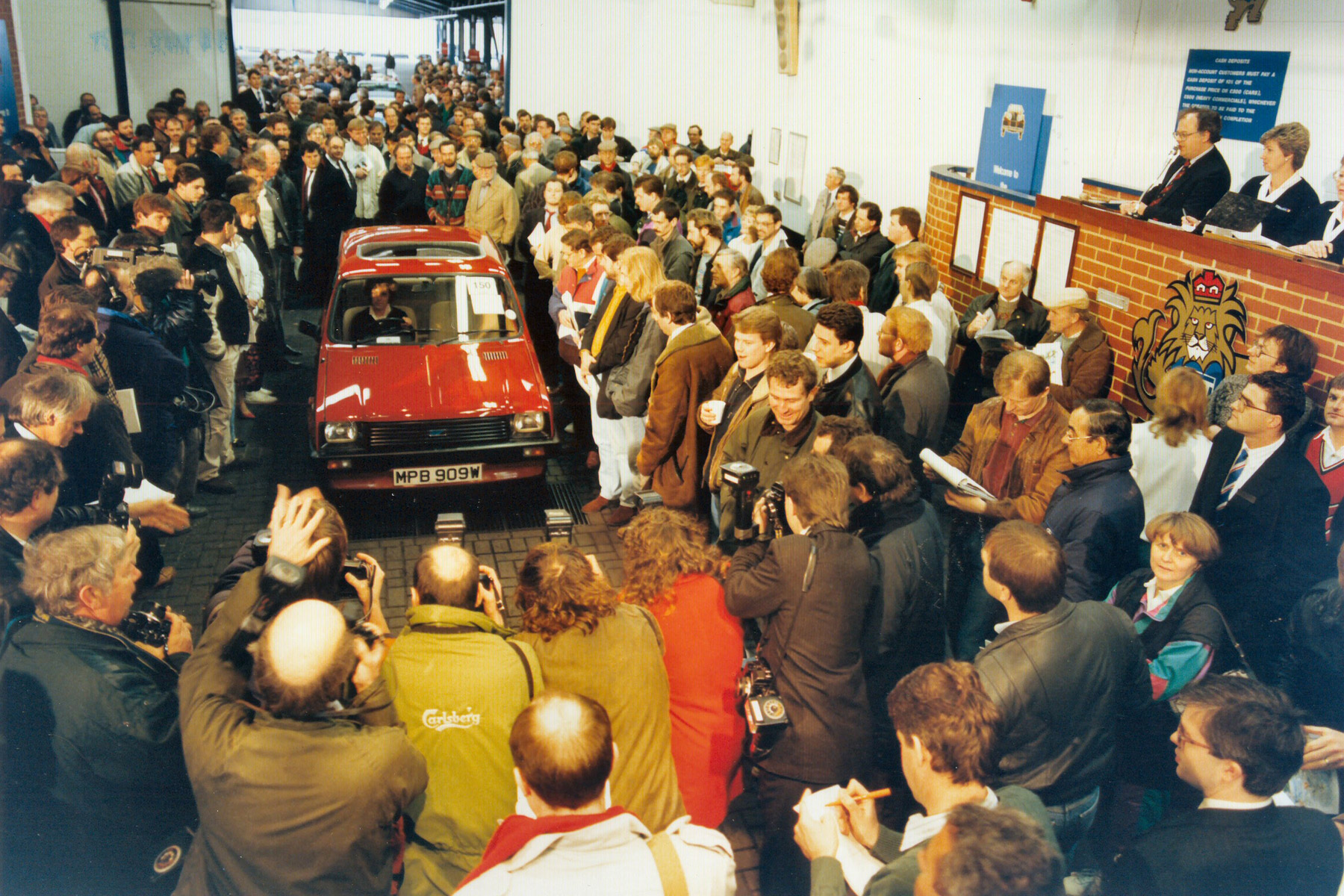 Ordinarily, an ageing Austin Metro going through the auction hall in the early 90s would have struggled to attract many bids – especially such a basic as example as this.

But the 1980 Austin Mini Metro L had a story to sell – it was actually Princess Diana’s first car. Driven by a 19-year-old Lady Diana Spencer, the Metro was regularly snapped by paparazzi at the time when she was first linked with Prince Charles.

This fame meant it sold for around £6,000 – five times the amount a Metro would normally sell for at BCA. It now resides at the Coventry Transport Museum where it shows a modest 30,000 miles on the clock.