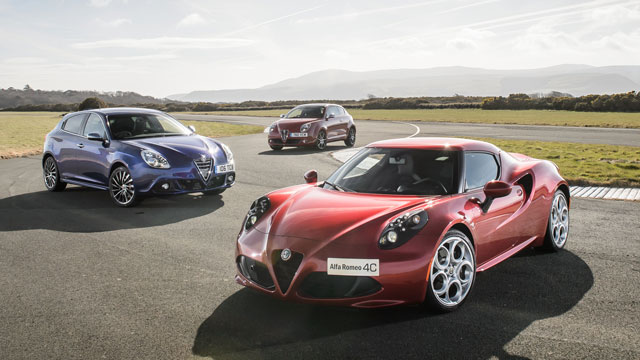 Fiat has announced that it will spend millions of euros on revamping the Alfa Romeo brand, in a bid to give German manufacturer BMW a run for its money.

This means that the attractive but front-wheel driven cars Alfa has become known for over recent years will be facing the axe.

The company ambitiously says it wants to boost that to 400,000 over the next four years, with the introduction of eight new cars – from small hatchbacks like the Mito to SUVs and sports cars like the 4C.

Key in the new strategy will be an introduction of a number of executive saloon cars, set to rival the BMW 3 Series and 5 Series.

The former will be called the Giulia and will be launched in late 2015, kicking off Alfa’s new product offensive.

However, the new MX-5’s sister car, thought to be introduced as the Alfa Romeo Spider, is now expected to be badged as a Fiat. It comes after Fiat-Chrysler CEO Sergio Marchionne reportedly said at the Geneva Motor Show this year that he would “no longer be the CEO of a company where Alfa Romeos were not produced in Italy.”

The MX-5 based car would actually be built by Mazda at its plant in Japan and, as the company says it plans to take the Fiat brand downmarket as a Dacia rival, it would fit in as a budget RWD convertible.