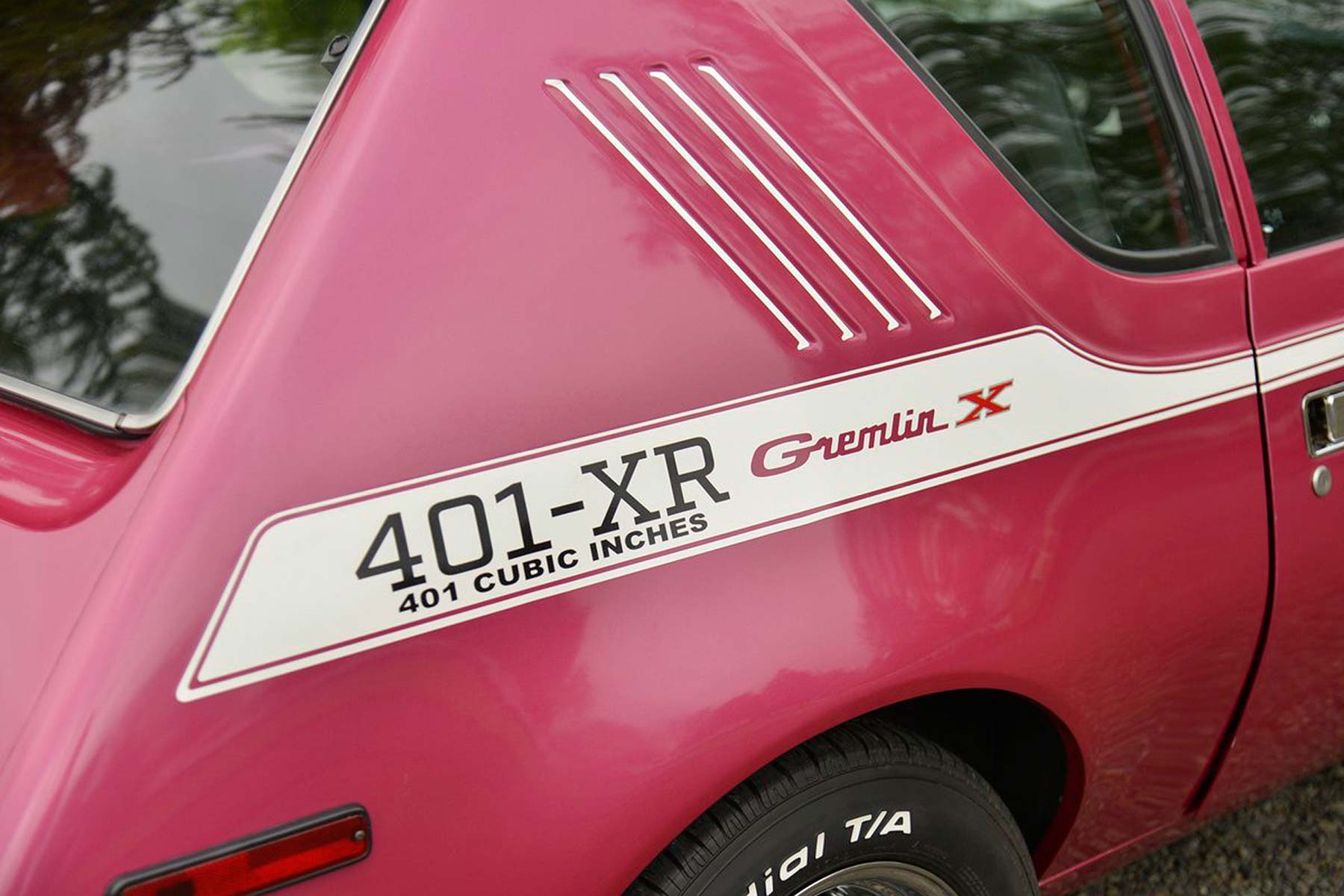 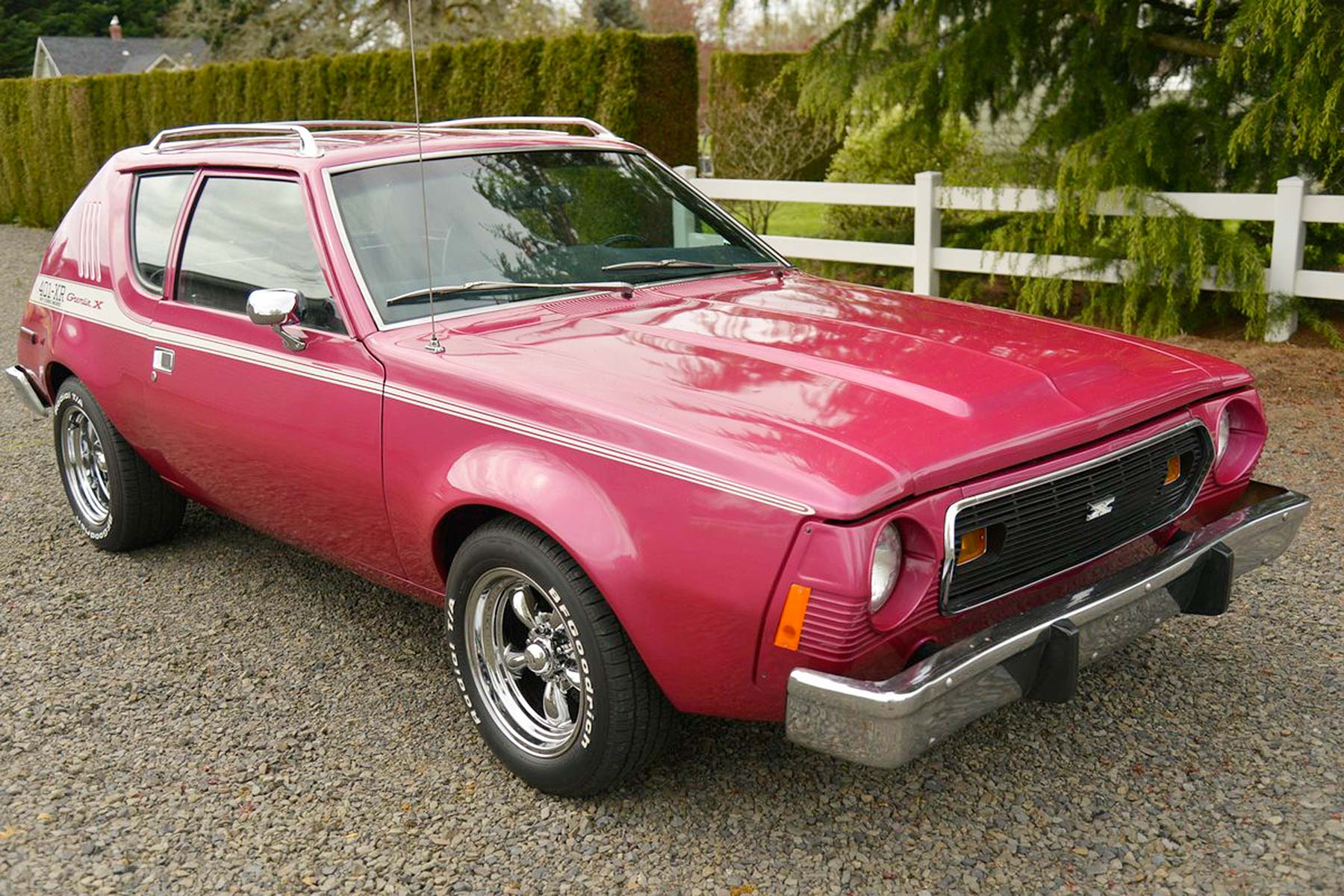 This 1974 AMC Gremlin 401-XR is coming up for auction on bringatrailer.com, and it just might be the collector car buy of the century. Hiding under its unquiet pink exterior (yes, we know it’s Plum Metallic) lies the soul of a beast: 401 cubic inches of the finest muscle Kenosha, Wisconsin ever had on offer.

To make it even sexier, there were only 21 examples of the 401-XR ever built, and Pinky here is number 22. According to Denwerks Vintage Car Shop, the outfit putting the car up on the block, the original run was built between 1972 and 1974, but this car was built just four years ago. 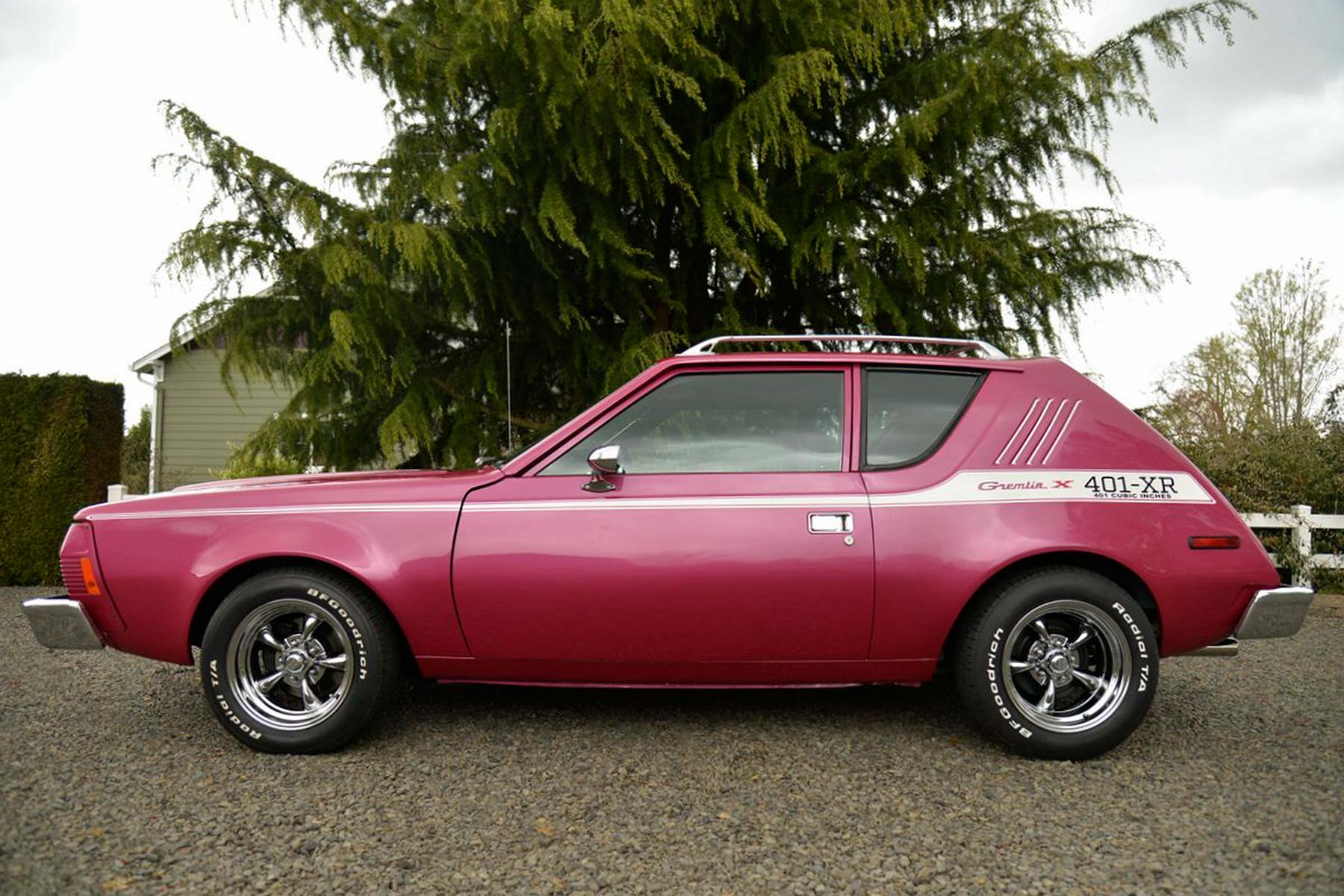 AMC began offering a 304-cid V8 in the subcompact Gremlin back in 1972. Because all AMC V8s are based on the same small block introduced in 1966, Randall AMC of Mesa, Arizona quickly realized that a swap to the far more powerful 401-cid/6.6-liter unit would be simple.

Being a dealer with a famed racing history, Randall easily acquired the larger engines and other parts from the AMC performance bins. With a hotter cam, high-rise manifold, bigger carburetor, beefier driveline, and a few other go-fast bits, the 401-XR was born. 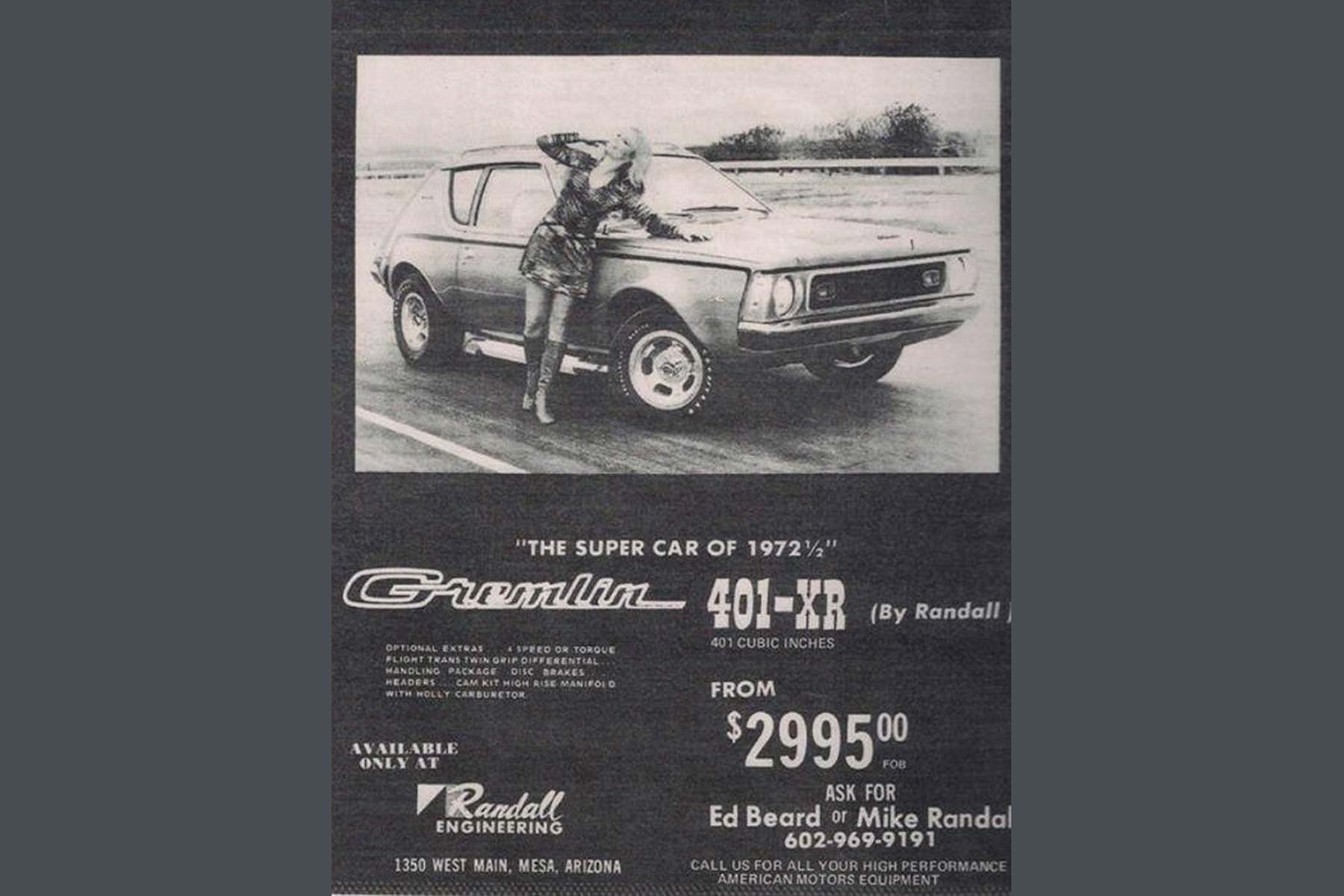 For the low, low price of $2,995, buyers could have a car billed as being able to run the quarter mile in 13.9 seconds at nearly 106 mph. With all the speed parts installed, the 401-XR turned 12.4 seconds at 115, an absolutely blazing speed. For comparison, a 1970 Chevelle 454 SS with the powerful LS6 engine option, one of the most desirable muscle cars in the word, ran in the mid-thirteens, as did the famed Yenko COPO Camaro. 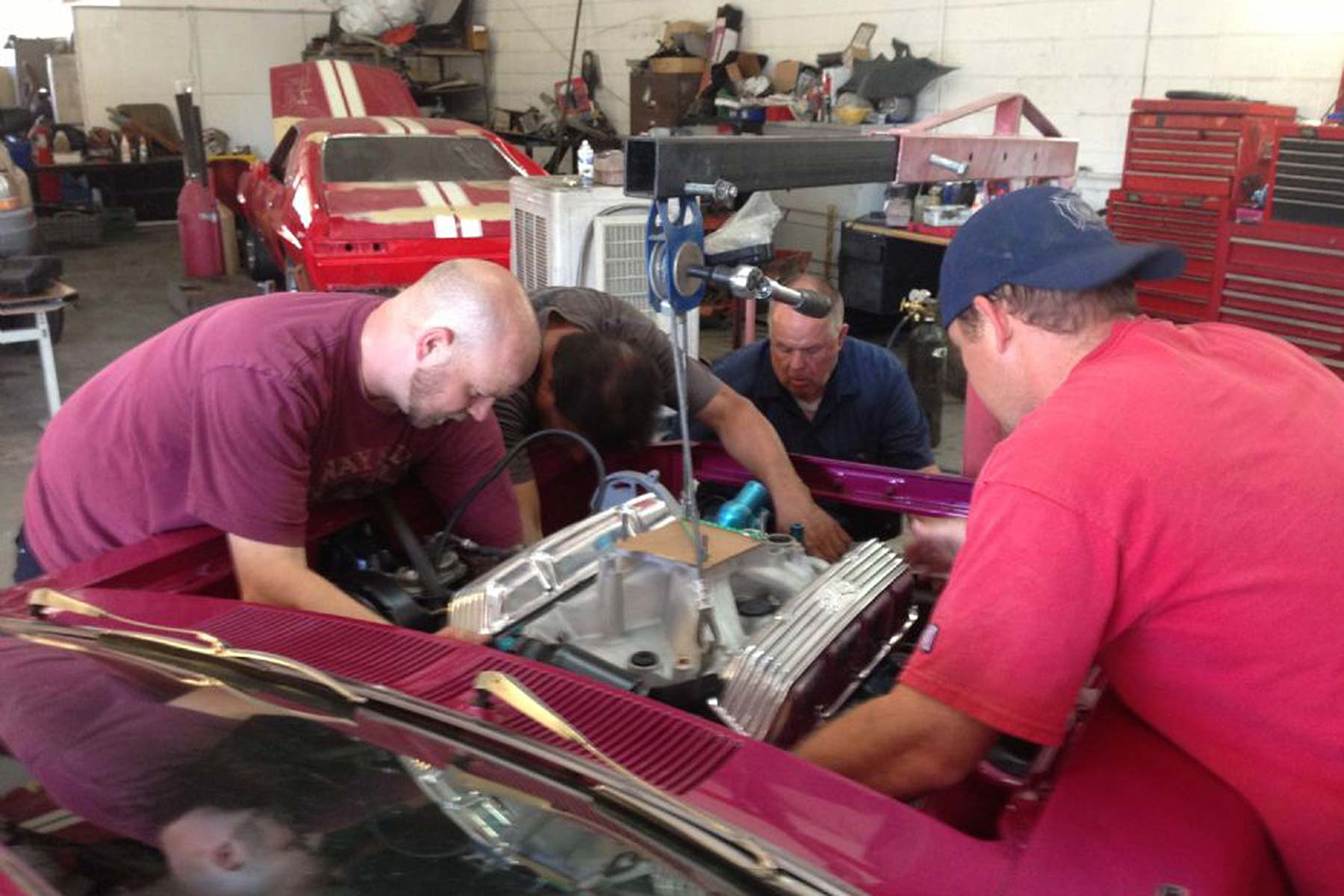 Four years ago, the Randalls built car number 22, shown here. “They were going to build a few,” said Jason Anderson, owner of Denwerks, “But this is the only one ever built.” The car was purchased from the Randalls directly after completion, and wound up at Denwerks six months ago. According to Anderson, #22 is the only documented 401-XR.

Dealer-special performance models like the Yenko Camaro or Mr. Norm’s Super Charger are some of the rarest and most valued vehicles in the collector car world. For AMC fans, the Randall name is the holy grail. This auction is a rare chance to drive off with a genuine piece of automotive history.

Interested parties can find the listing on the Denwerks page at bringatrailer.com.