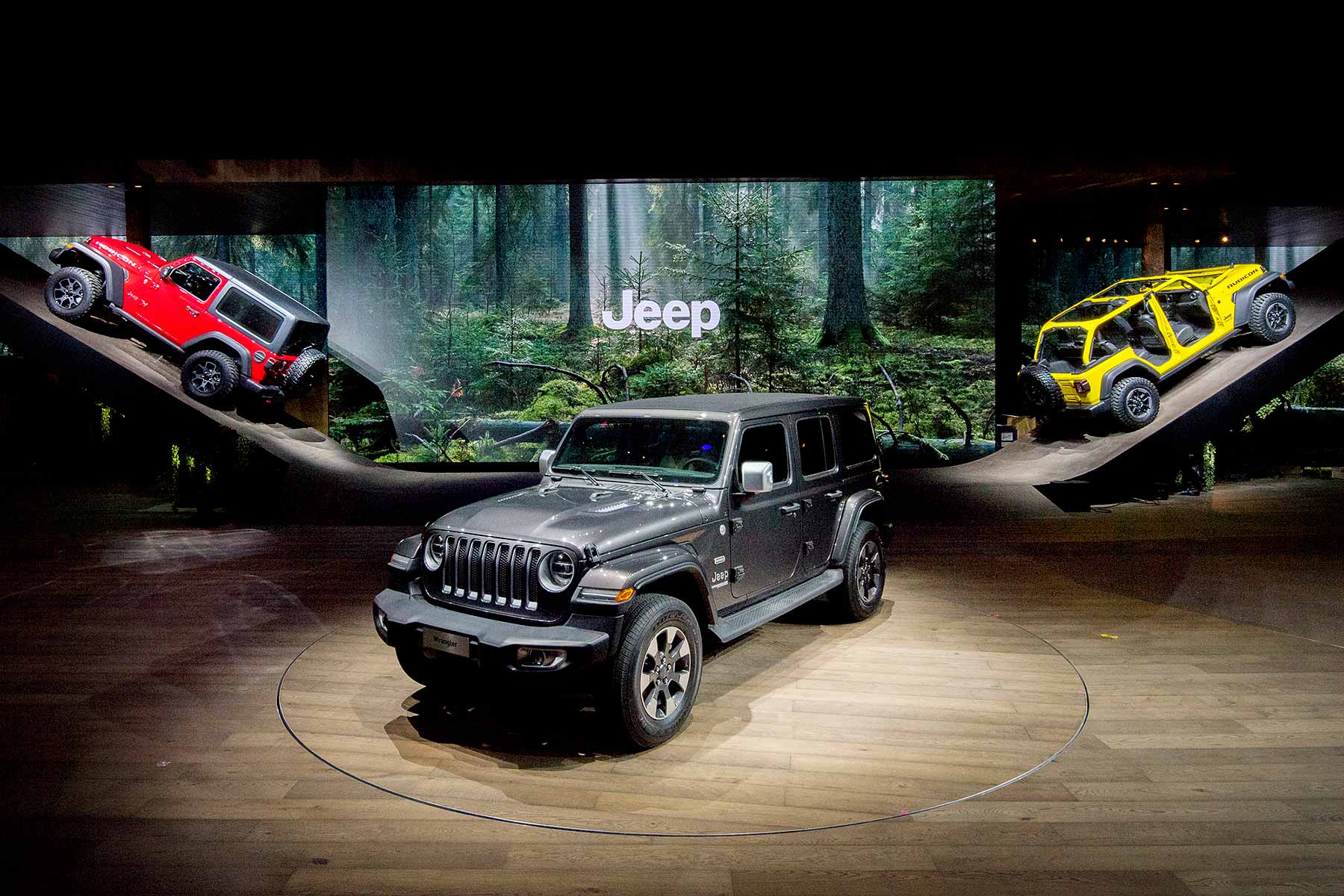 Jeep didn’t have a huge amount of fresh European news at the 2018 Geneva Motor Show, but it nevertheless put on a good show – one good enough to win the event’s Creativity Award for auto show stand ingenuity.

Boasting a stand twice as large as that enjoyed by the North American 4×4 manufacturer previously, Jeep made a real spectacle of the European debut of its new Wrangler and 2019 model year Cherokee. It wasn’t the size of the stand that wowed the Club de publicitè et de communication de Genève (CPG, for short), though.

No, it was the “high-impact design… which underlines the double soul of the American brand”. There was heavy use of natural materials such as wood, said the judging report, creating a ‘wild’ scene that crisply merged into a cooler, cleaner metropolitan scene, complete with obligatory stone and gloss black. Splitting them was a diagonal glass road fitted with integrated LED lights. 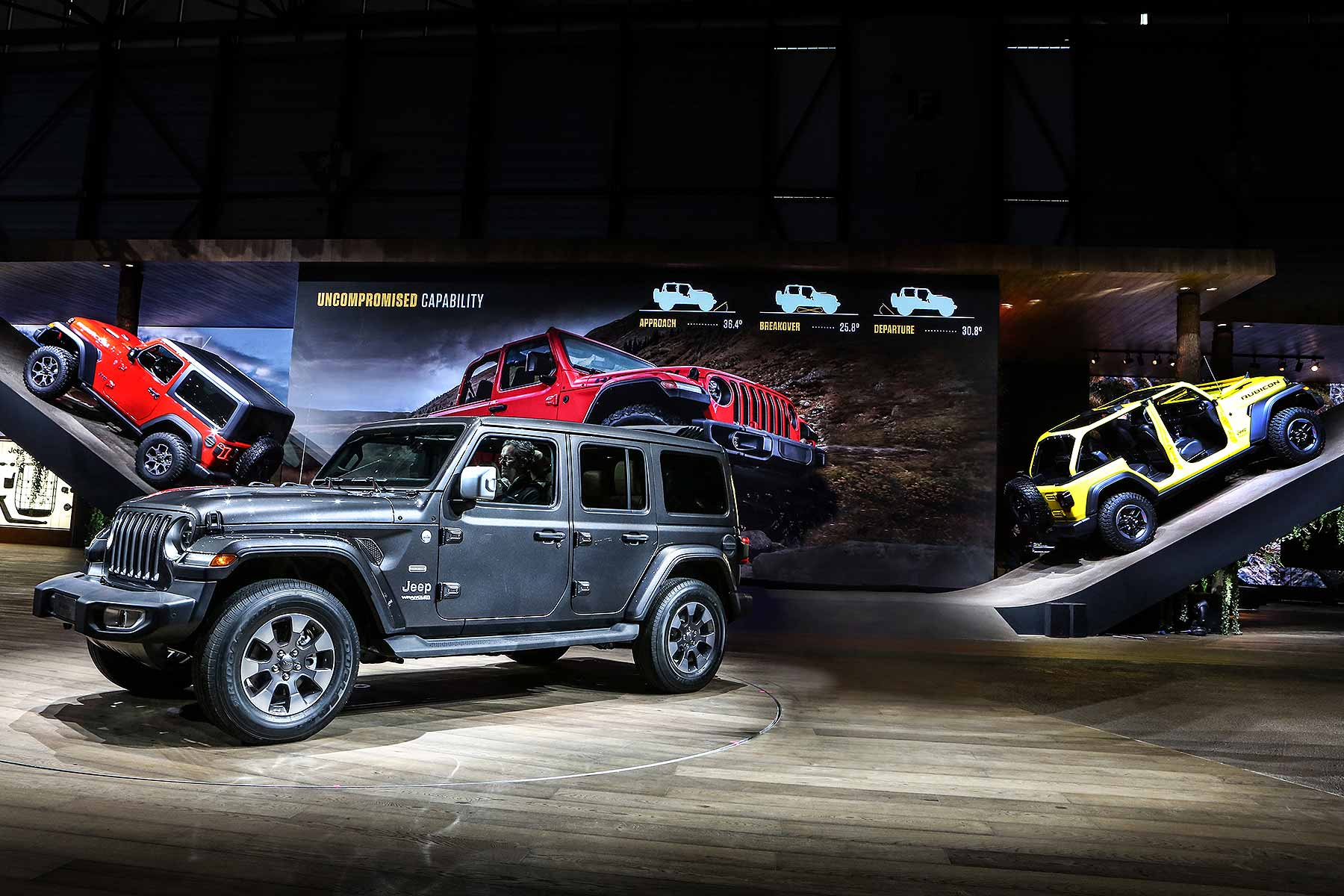 Jeep’s stand designers even threw in a classic 1941 Wilys-Overland MB, the world’s first Jeep, just to underline its heritage on the massive show stand.

The stand demonstrated the “perfect fusion of the wildest natural surroundings and the most sophisticated urban contexts”, making it a deserving winner of the Creativity Award 2018.

Mind you, as such brand creativity also led to the creation of the 707-horsepower V8-engined Grand Cherokee Trackhawk (‘A Hellcat-powered Grand Cherokee? Why the hell not!’), perhaps we shouldn’t be so surprised.

Jeep has a history of putting on a brilliant spectacle at auto shows. It’s pleasing to see that tradition continues in 2018.