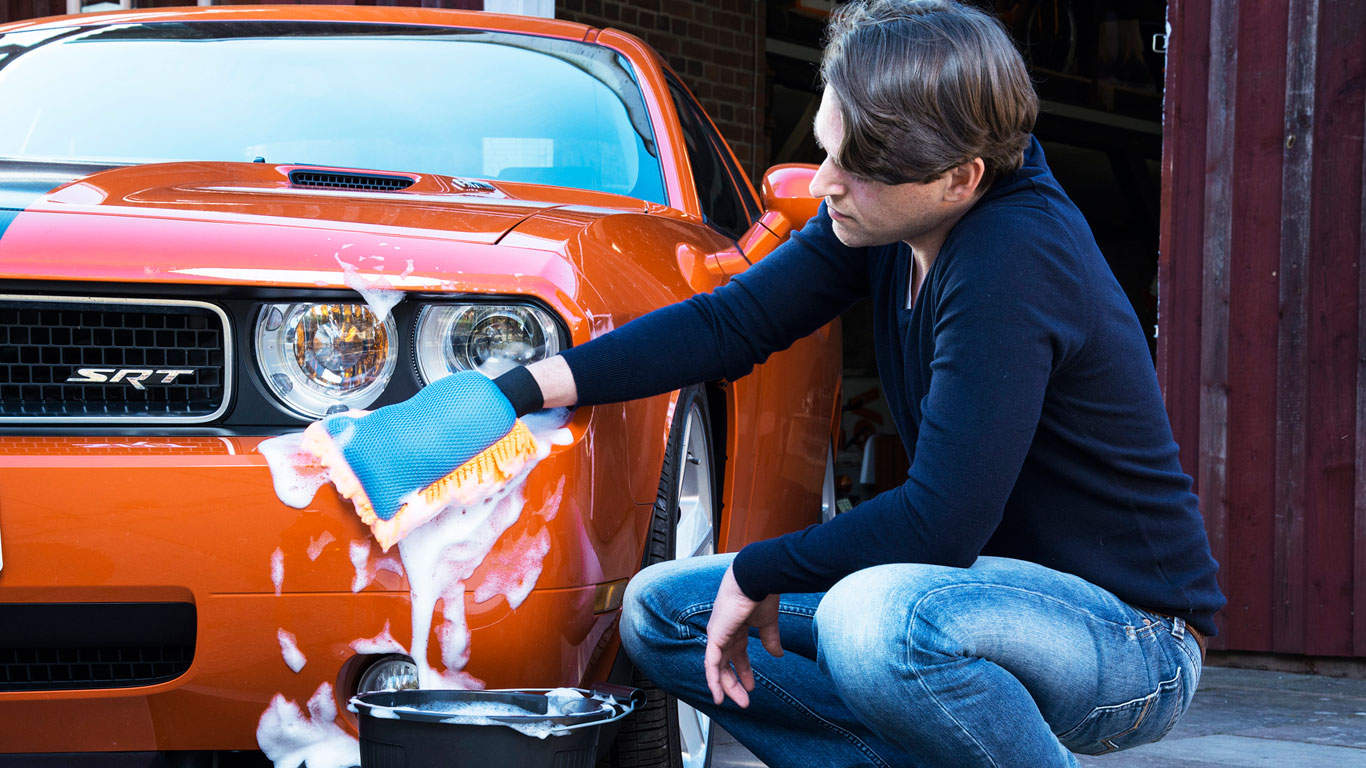 Snow! Rain! Mud! No, not the UK weather forecast for Christmas Day, but the words used to promote Mr Kelly’s Car Wash. Back in 1964, American children must have been working themselves into a lather over this must-have toy. And having watched the advert, we’re rather excited, too.

The motorised fully-automatic car wash featured a ‘no-mess water system’, that could make your toy car look as good as new in a matter of minutes. Unfortunately it didn’t include a bodyshop, so those dents and imperfections, caused as a result of too many encounters with the skirting boards, couldn’t be washed out. Mind you, if you were handy with your Mum’s nail varnish, you could have it looking as good as new in next to no time.

To operate, you simply ‘drove’ the car up the ramp, attached the chain and watched as the car was pulled through the wash and dry system. Each set came complete with two cars, wax, towels, sponges and even a sign. We suspect Walter White was given a Mr Kelly’s Car Wash as a child, which is why he made such a good cleaning operative in Breaking Bad.

According to the advert – which features a song that’ll be in your head for the rest of the day – every boy wanted a Remco toy, and so did the girls! Judging by the boy’s reaction to the car as it emerges from the wash, the results are outstanding. Not even Barry Scott could hope to achieve such an amazing job. You’ve just got to hope your parents remembered to buy some batteries, otherwise it’s a Christmas Day trip the gas station for you.

The question is, were you given a Remco Mr Kelly’s Car Wash as a present back in the mid 1960s? Let us know. If you’ve still got it, even better.