From the wheelie-popping Dodge Demon to the heaviest vehicle pulled by hair, we look at some of the least conventional motoring Guinness World Records 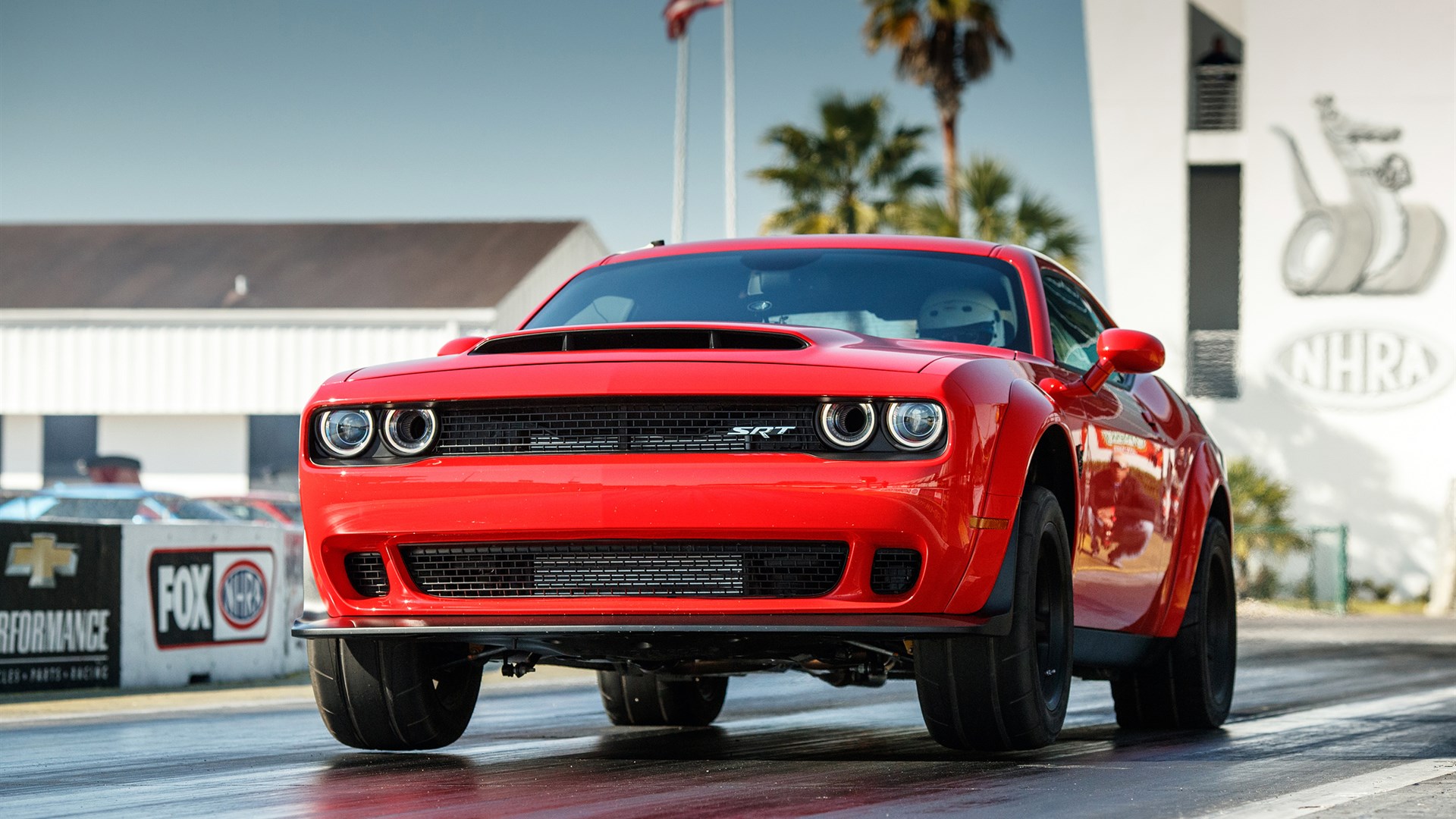 There are plenty of surprising stats for the Dodge Challenger SRT Demon. It develops 852hp. It hits 62mph in 2.3 seconds. And it generates 1.8g while accelerating. Perhaps the coolest number, though, is 0.89 metres. That’s how far the Demon travelled with its front wheels off the ground, earning it the title of ‘The longest wheelie from a standing start in a production car’.

Duly inspired, we’ve been perusing the pages of the Guinness World Records for more motoring madness. Here are some of the greatest – and strangest – world records we found. 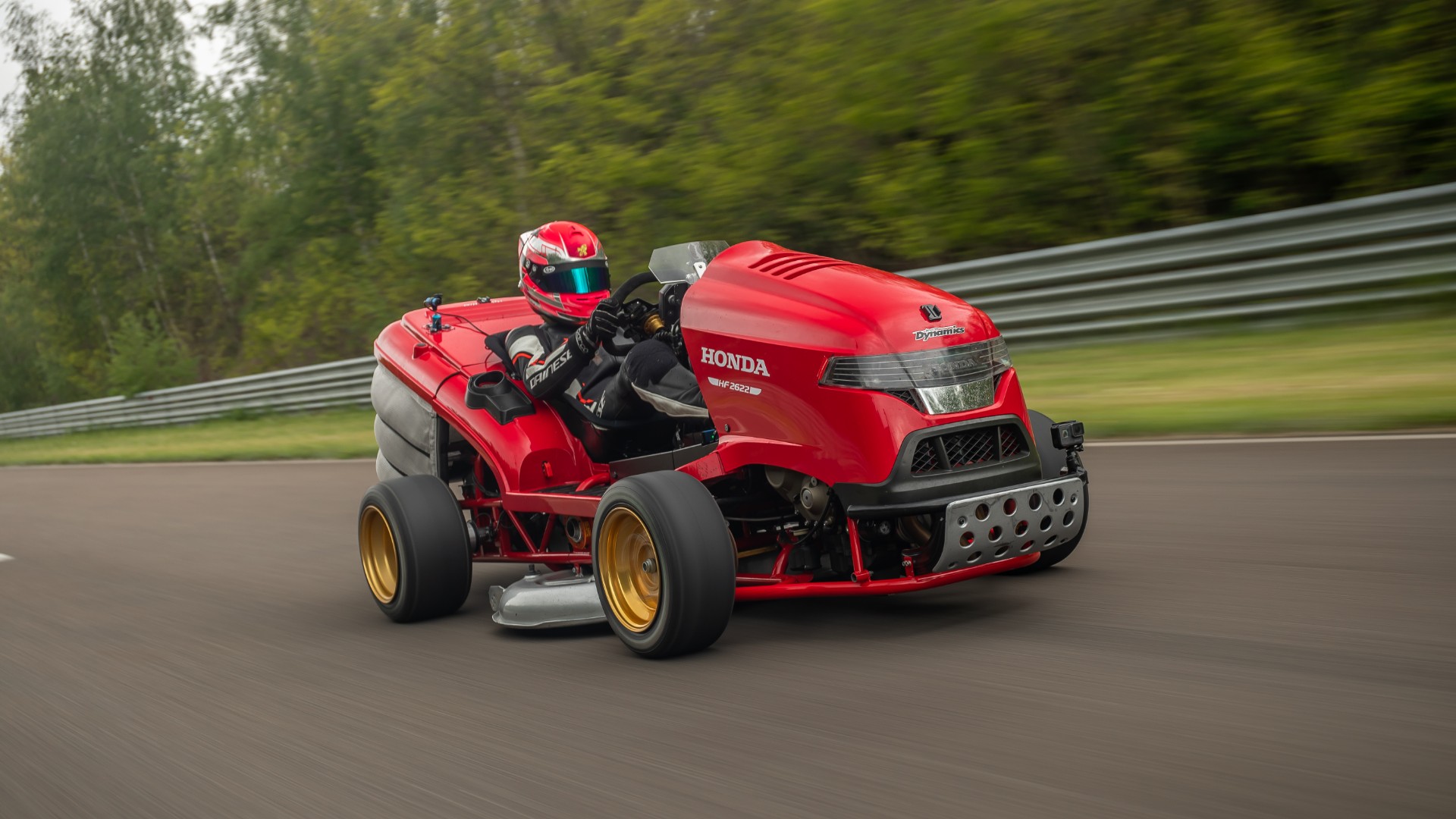 Yes, there’s a world record for the fastest lawn mower. Meet the Honda ‘Mean Mower’, with a power-to-weight ratio superior to a Bugatti Chiron. It’s powered by a 200hp Honda CBR1000RR Fireblade SP superbike engine and can sprint from zero to 100mph in just 6.29 seconds. 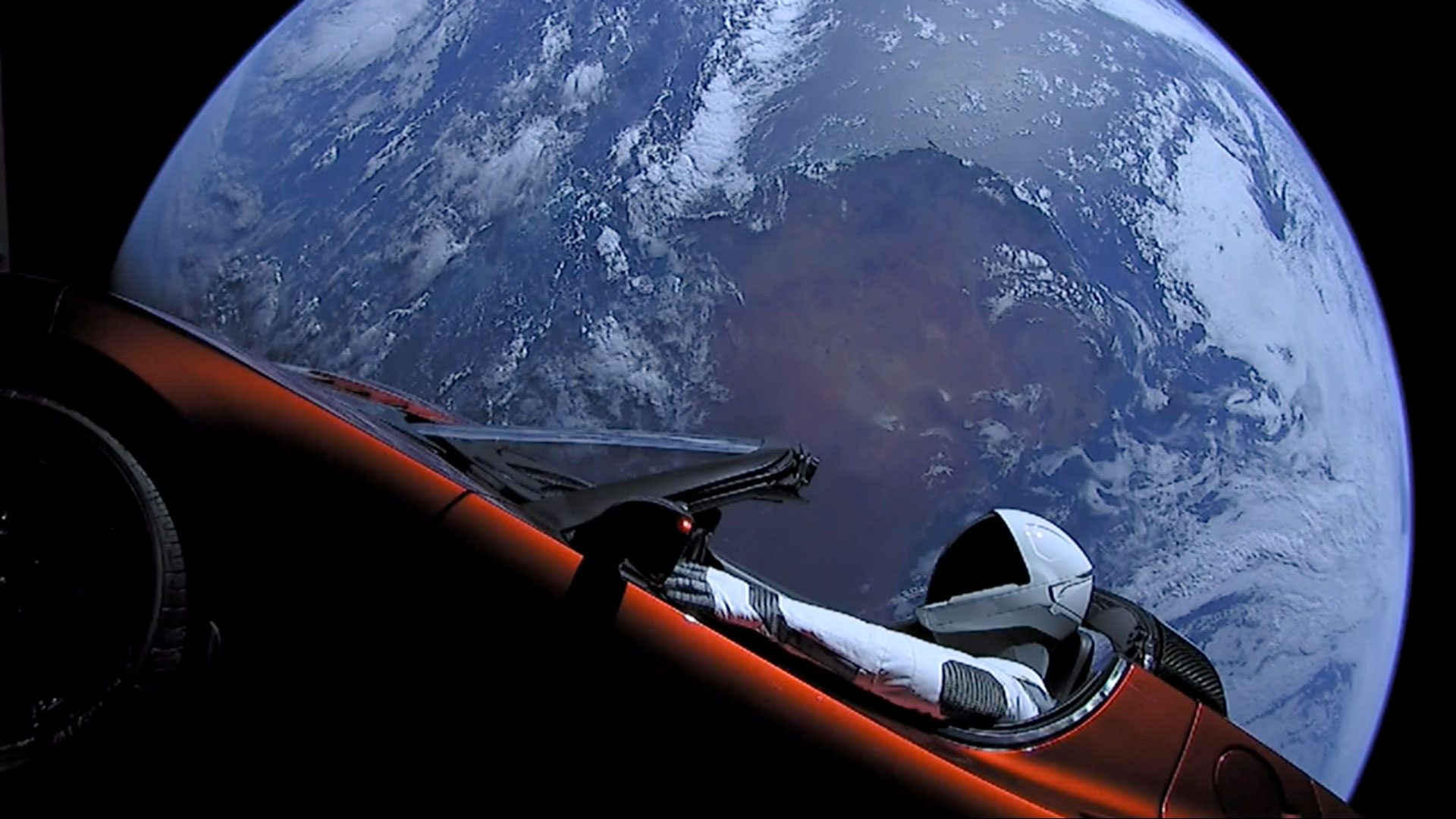 In February 2018, Elon Musk sent his Tesla Roadster into space and set a Guinness World Record for the fastest car in space. At the wheel was a mannequin dressed in a full space suit, complete with a copy of The Hitchhiker’s Guide to the Galaxy. 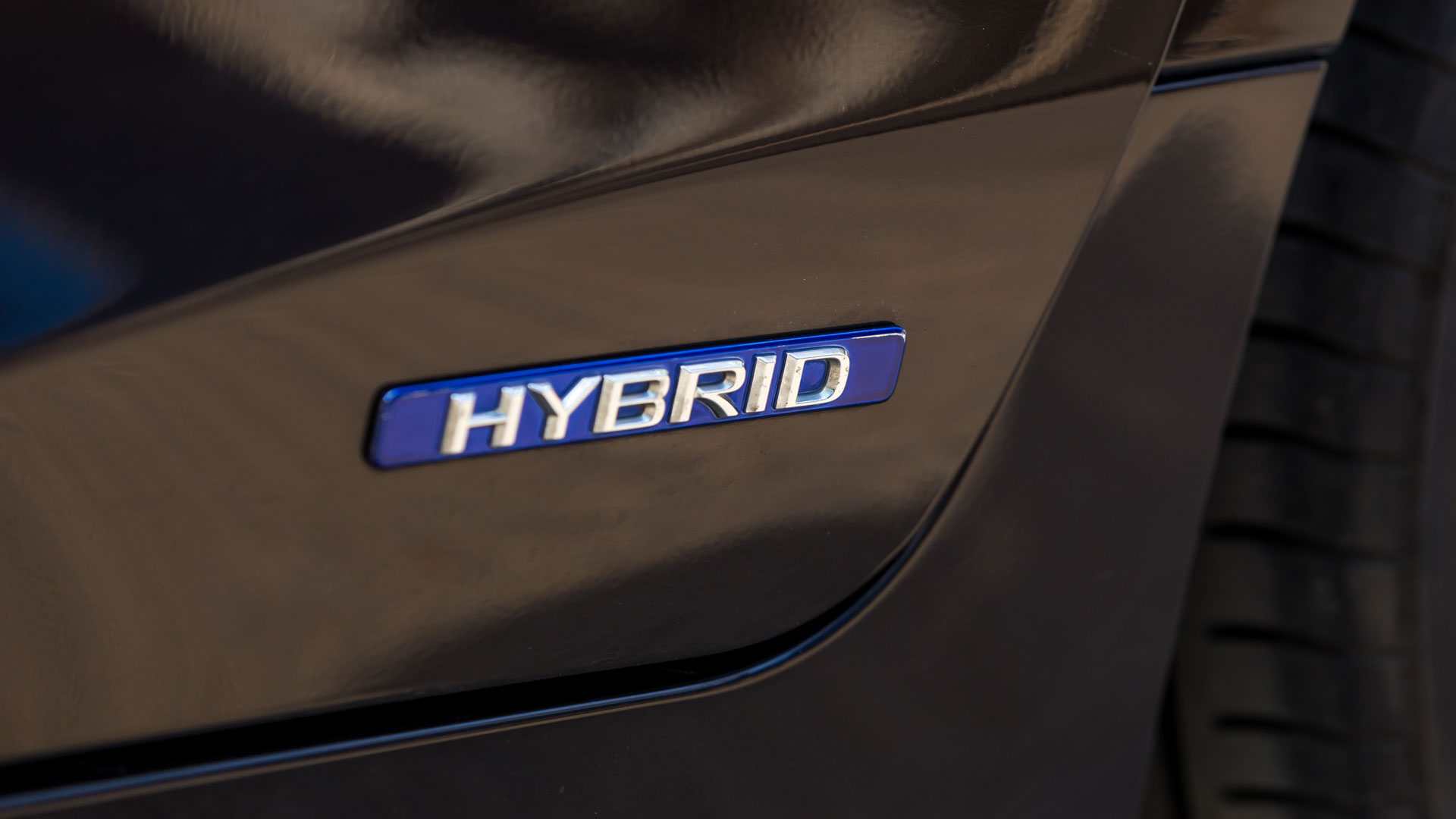 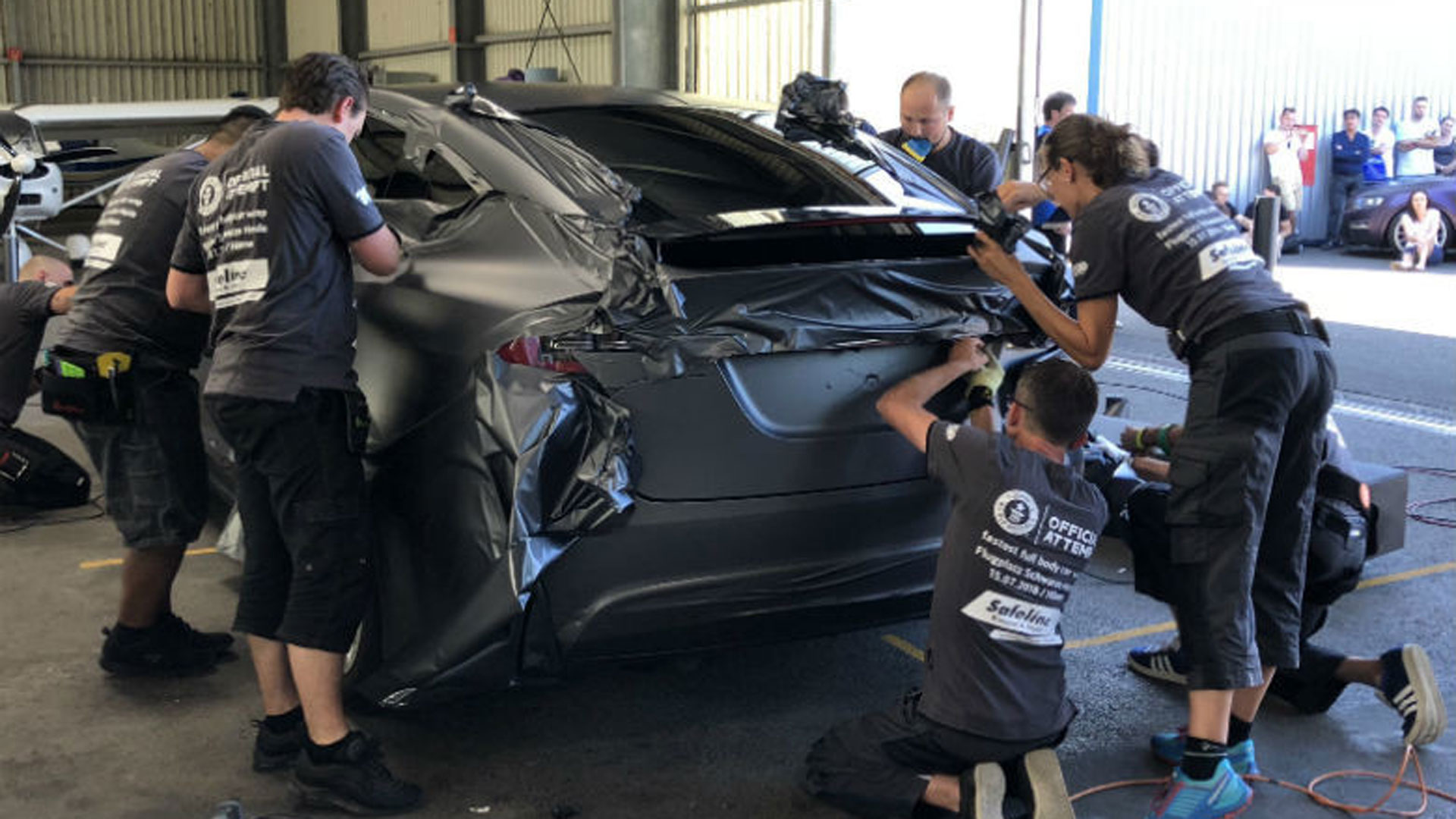 In 2018, Folien + Zubehör of Germany set a Guinness World Record for the fastest time to complete a full body car wrap. The team completed the wrap of a Tesla Model X in 22 minutes 56.25 seconds. If they didn’t shout “It’s a wrap!” at the end, they should give themselves a good talking to. 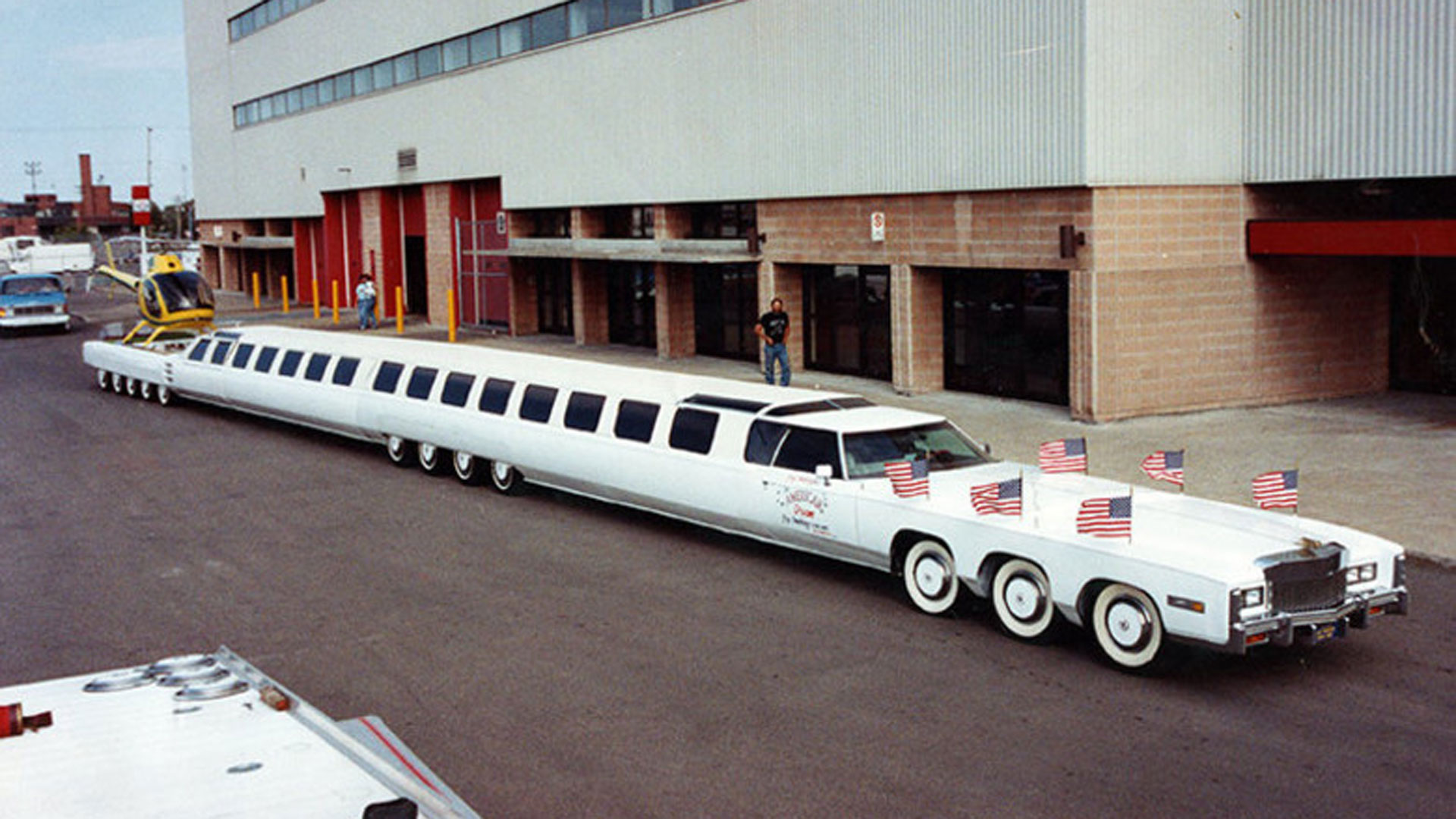 Jay Ohrberg set this Guinness World Record way back in 1986, when his 30.5m (100 ft) long 26-wheeled limo was declared the world’s longest car. It features a swimming pool, a king-size waterbed and space for your helicopter. Good luck parallel parking this one. 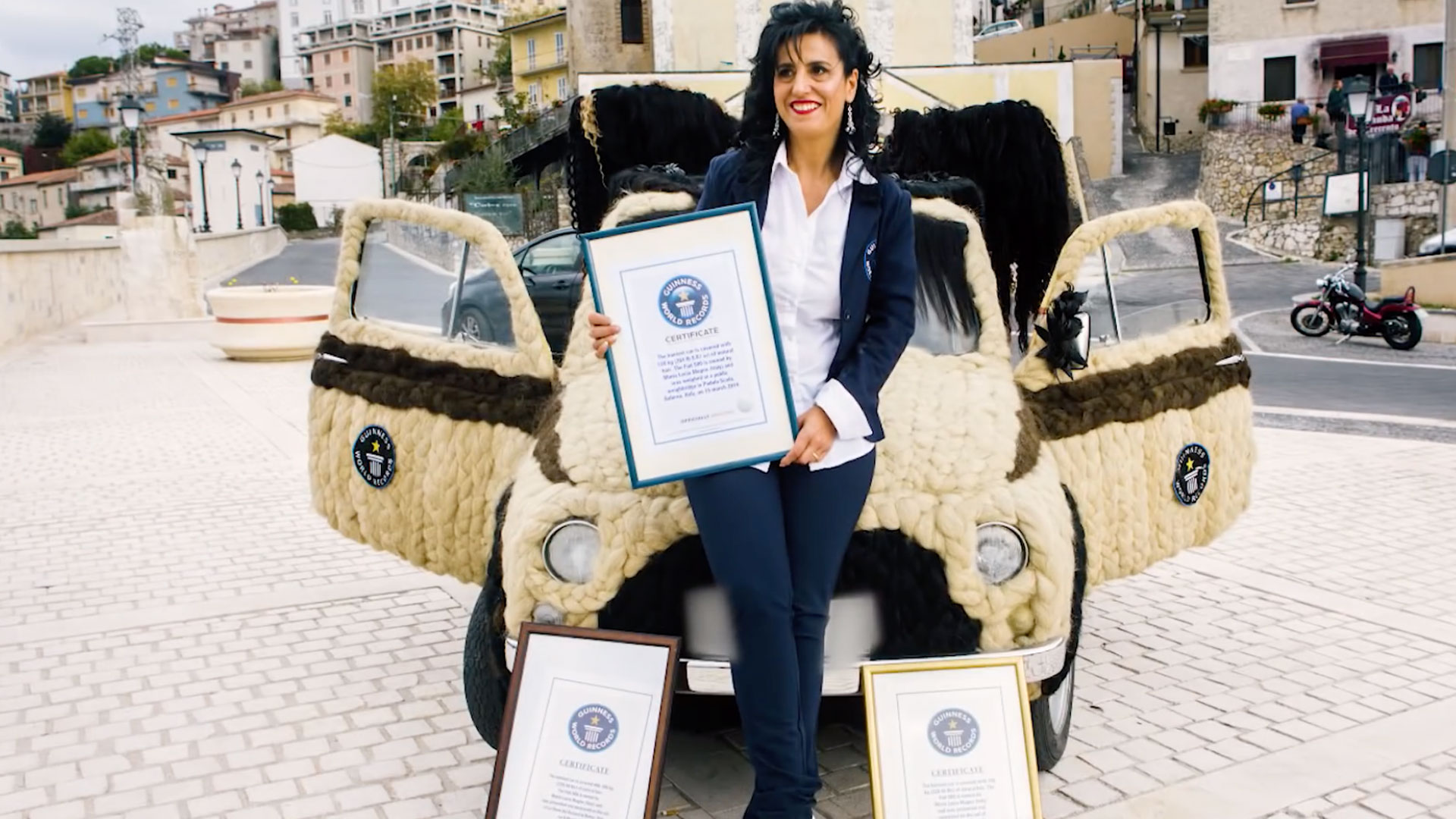 Apologies if you’re eating your dinner, but this Fiat 500 holds the Guinness World Record for the hairiest car. Amazingly, it is covered with 120kg of human hair. The record has stood for five years, so it’s far from a case of hair today and gone tomorrow. Hair all day and available for children’s parties, etc, etc.

The heaviest vehicle pulled by hair 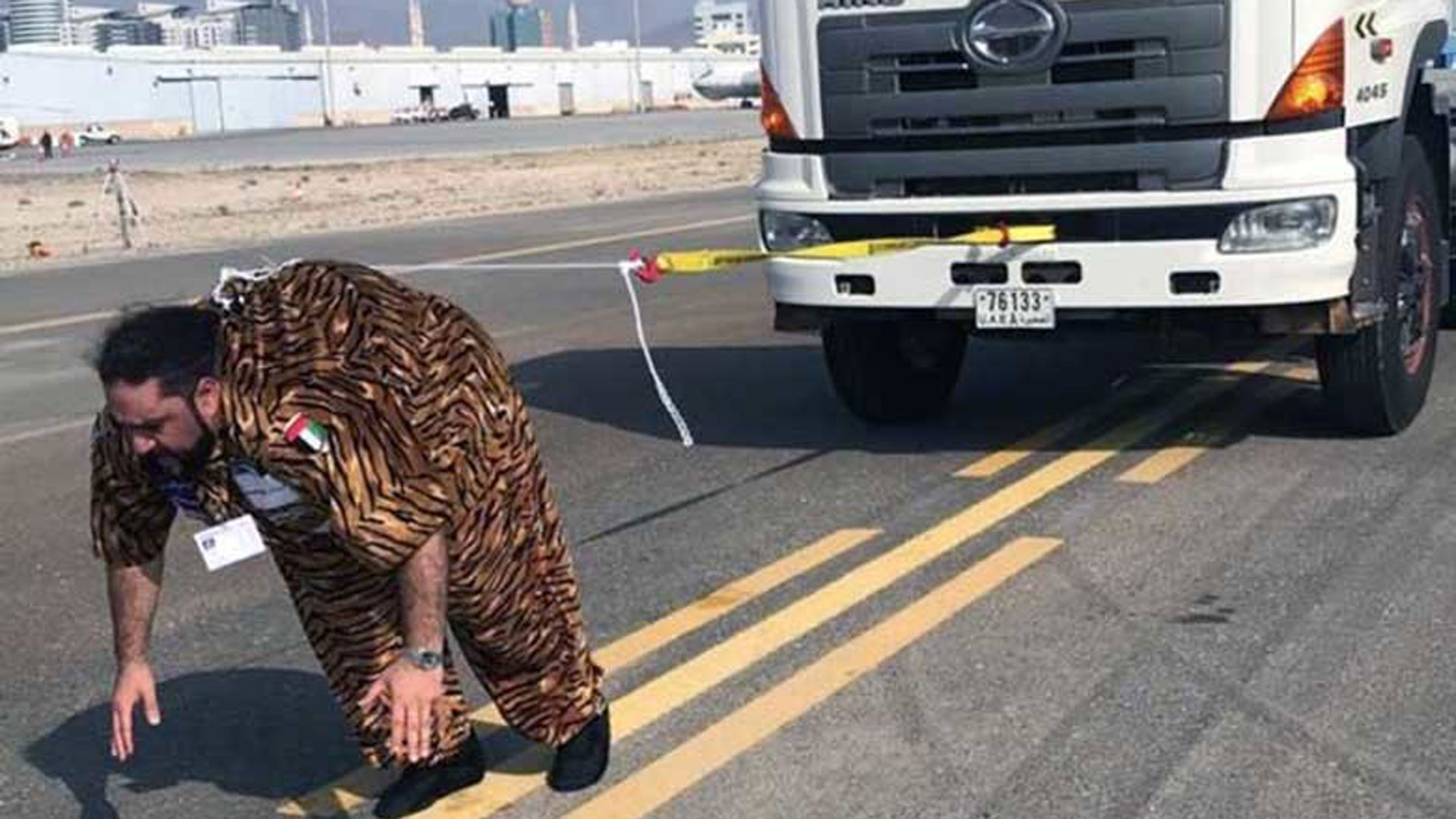 Sticking with matters of a hairy nature, you really couldn’t make this one up. Mahmood Shamshun Al Arab holds the Guinness World Record for the heaviest vehicle pulled by hair. He pulled a truck weighing 10,380kg.

The heaviest vehicle pulled by beard 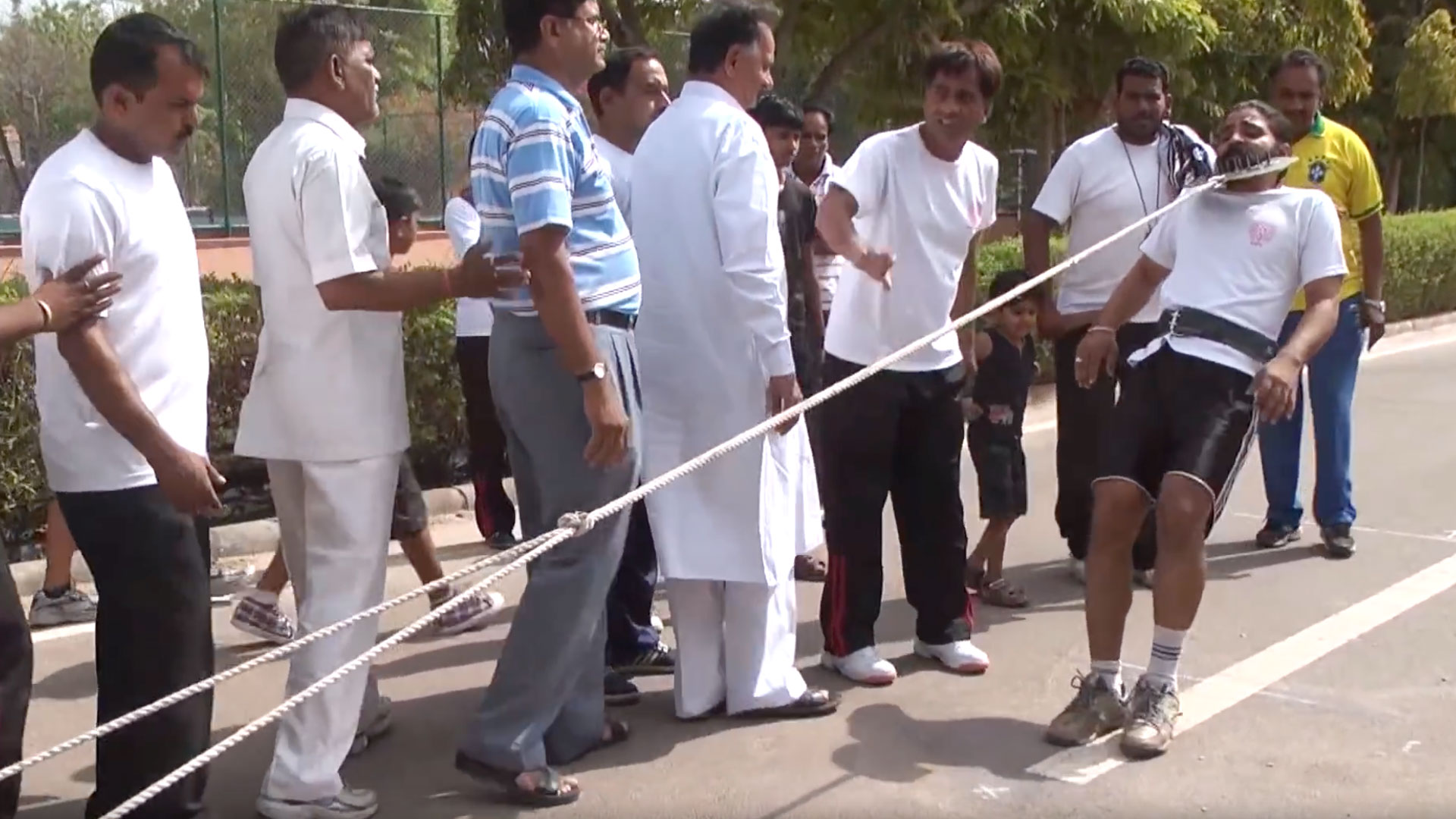 In 2012, Kapil Gehlot pulled a 2,205kg car over 40 metres using only his beard. Which is something we never thought we’d write. Frankly, we’re disappointed that the members of ZZ Top haven’t attempted this record. Other beards are available.

The heaviest vehicle pulled by nipples 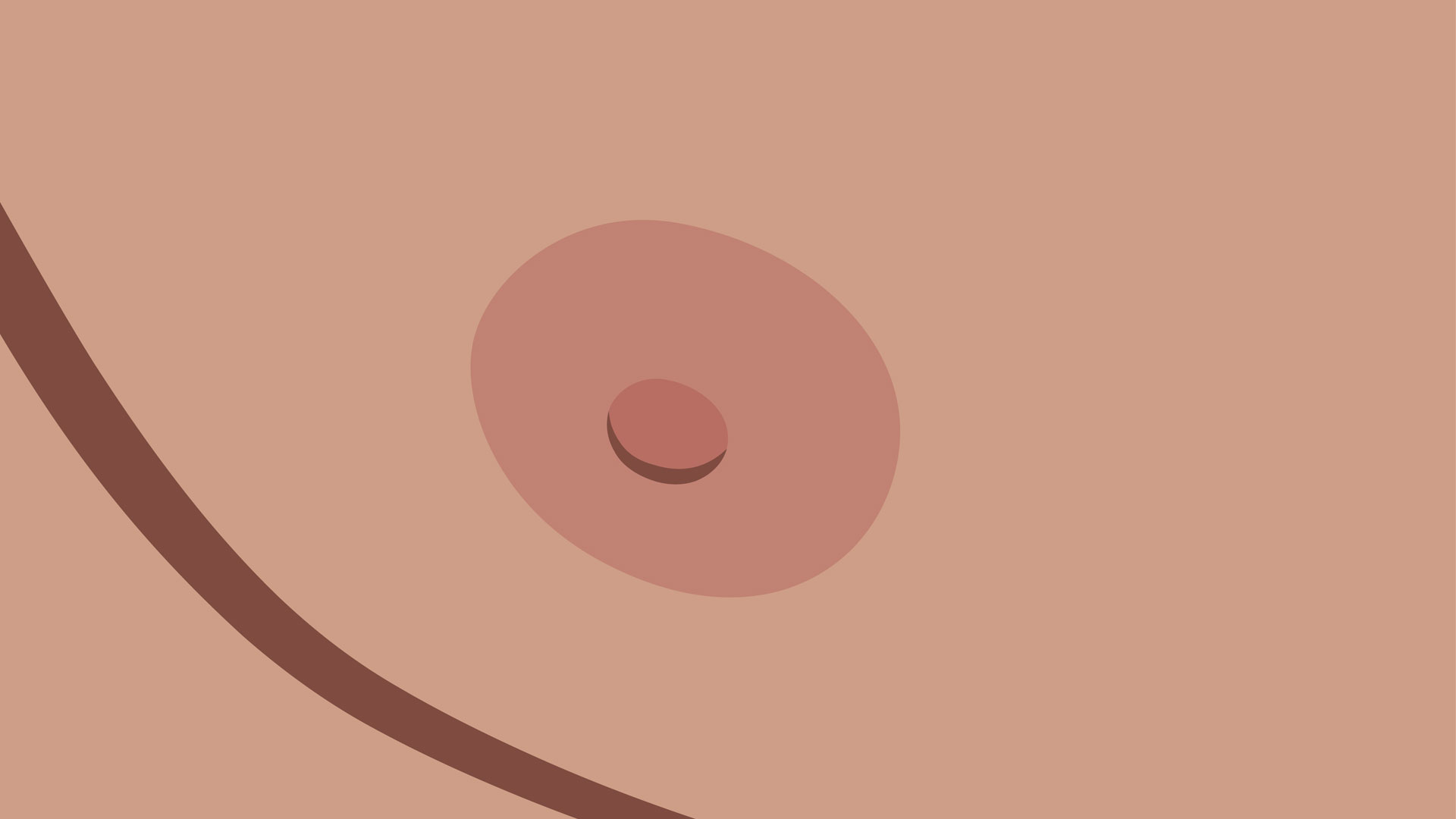 There are many Guinness World Record attempts you might consider, but this might not be one of them. In 2011, Sage Werbock pulled a 998.5kg vehicle using his nipples. Ouch. 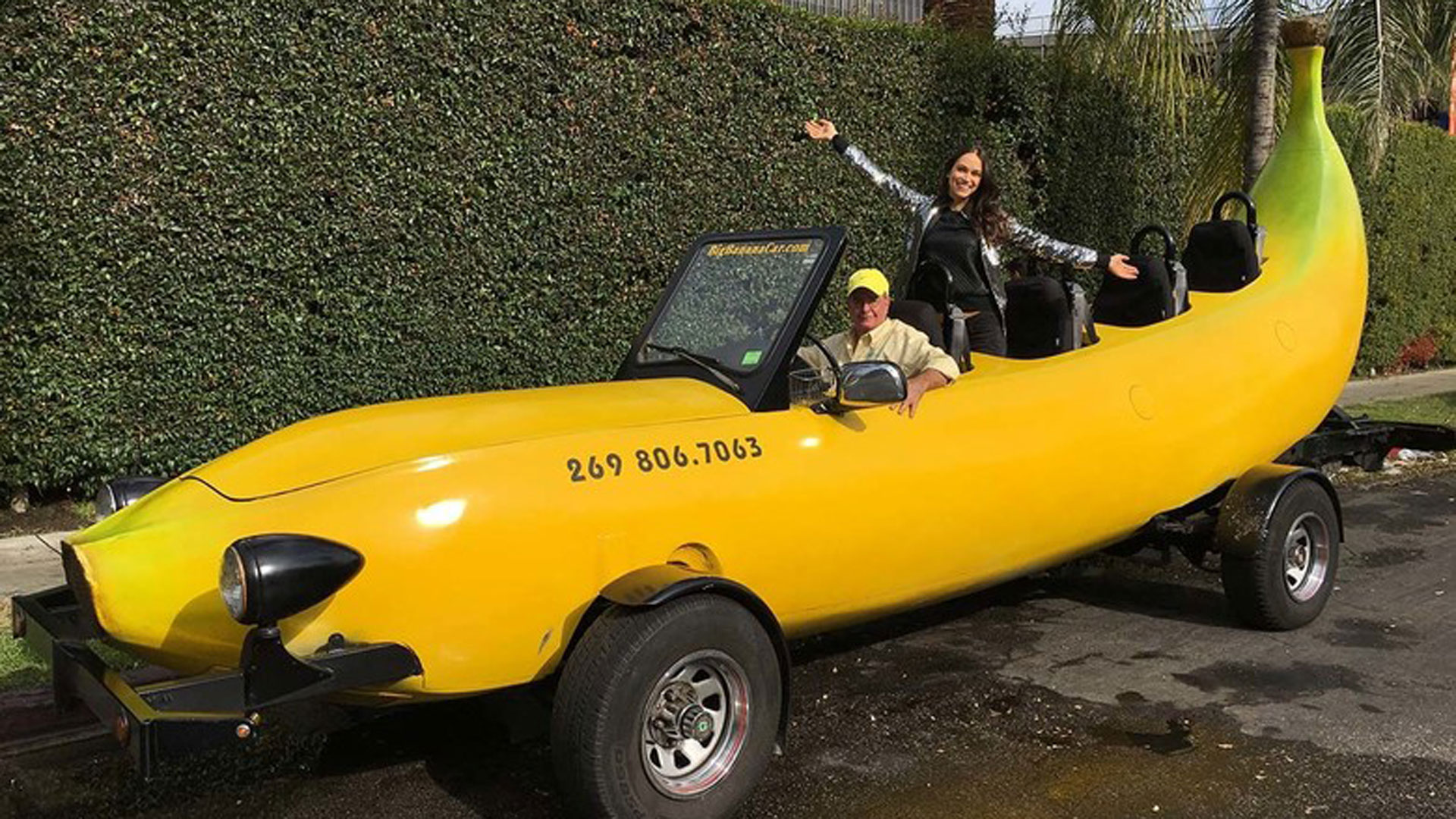 Believe it or not, Steve Braithwaite’s ‘Big Banana Car’ is based on a Ford F-150 pick-up. At 6.97 metres, it’s the world’s longest banana car. With a V8 engine under its, er… skin, you could say the performance is ‘fruity’. 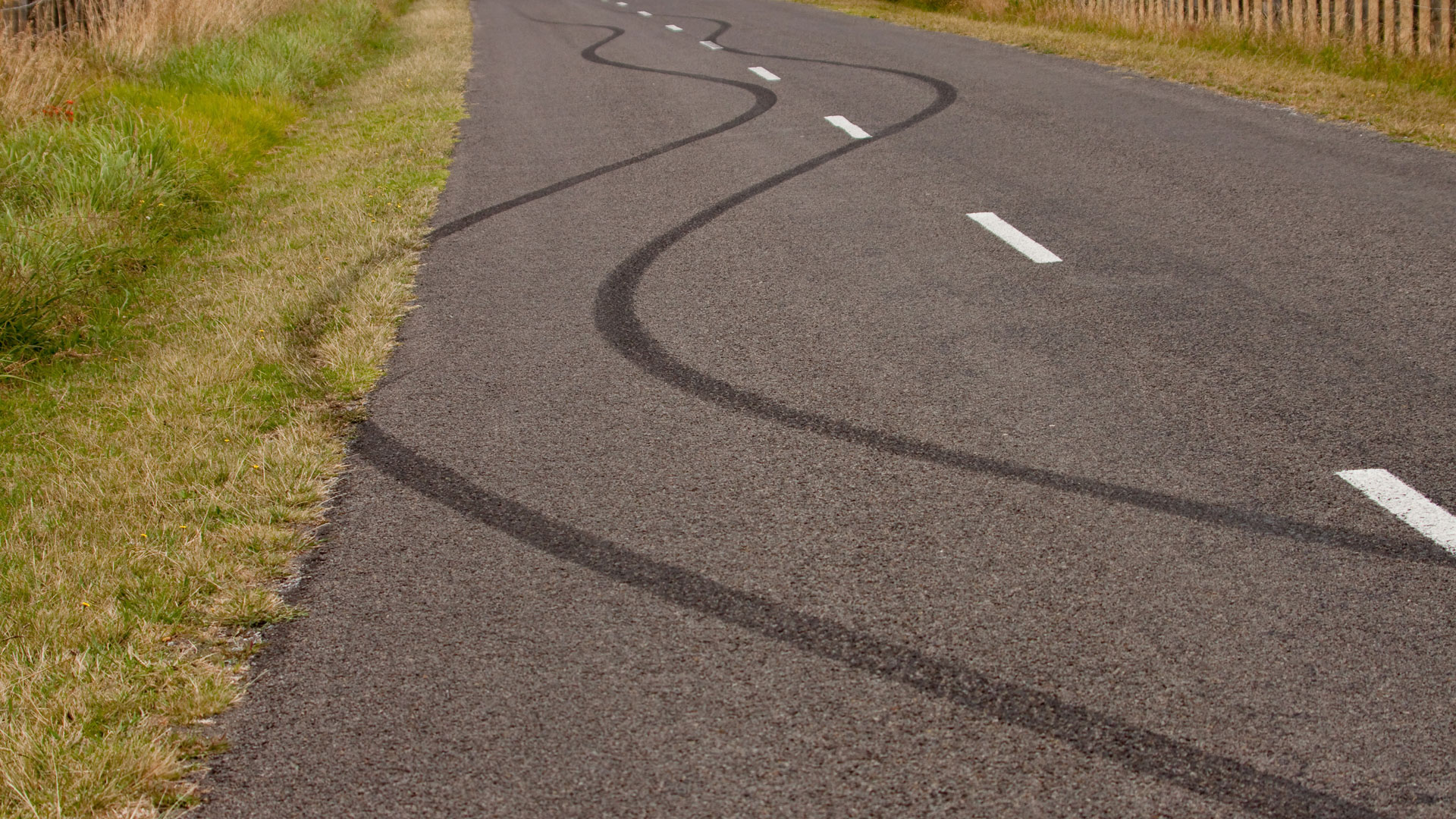 If you thought this record was held by Darren in his Citroen Saxo VTR, think again, because this one dates back to 1964. The skid marks left by the out of control jet-powered Spirit of America at Bonneville were nearly six miles long. Beat that, Darren.

Most stickers on a car 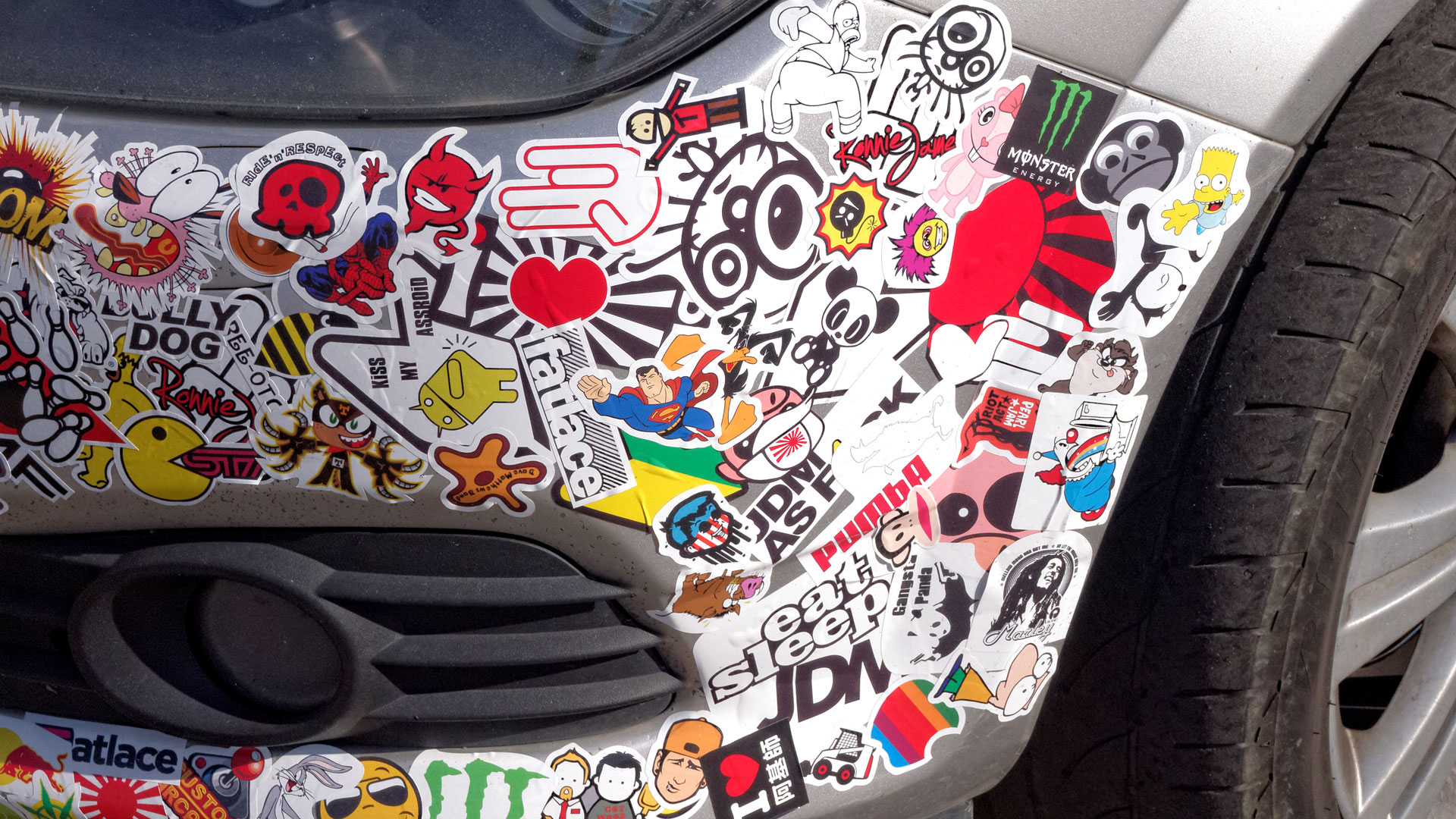 In 2014, a team of Lithuanians set a Guinness World Record for the most number of stickers on a car. The record is 14,637, in case you were thinking of beating it. 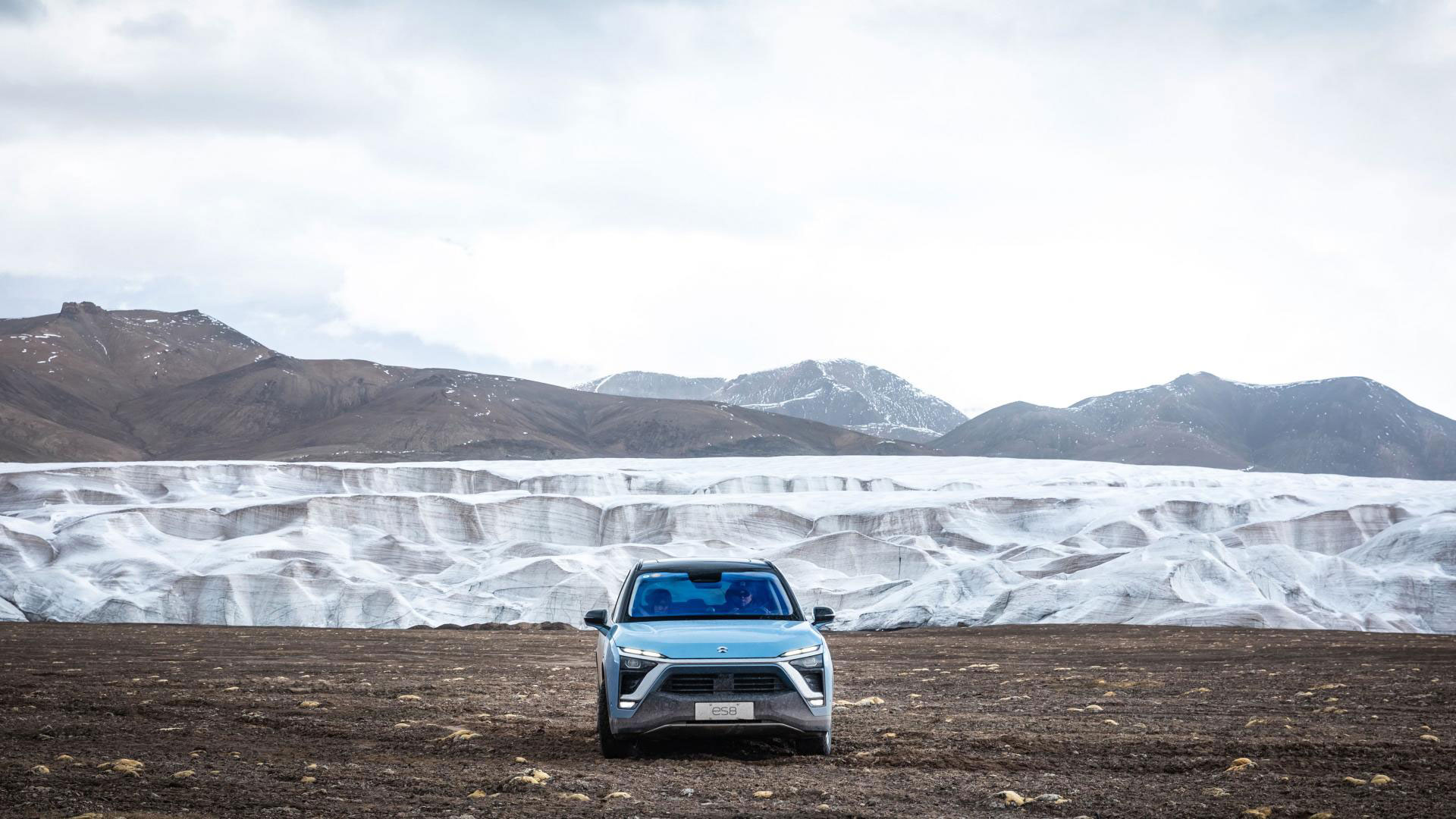 In September 2018, a Nio ES8 climbed to a height of 5,715.28 metres to set a Guinness World Record for the highest altitude achieved in an electric car.

Farthest arrow fired and caught in a moving car 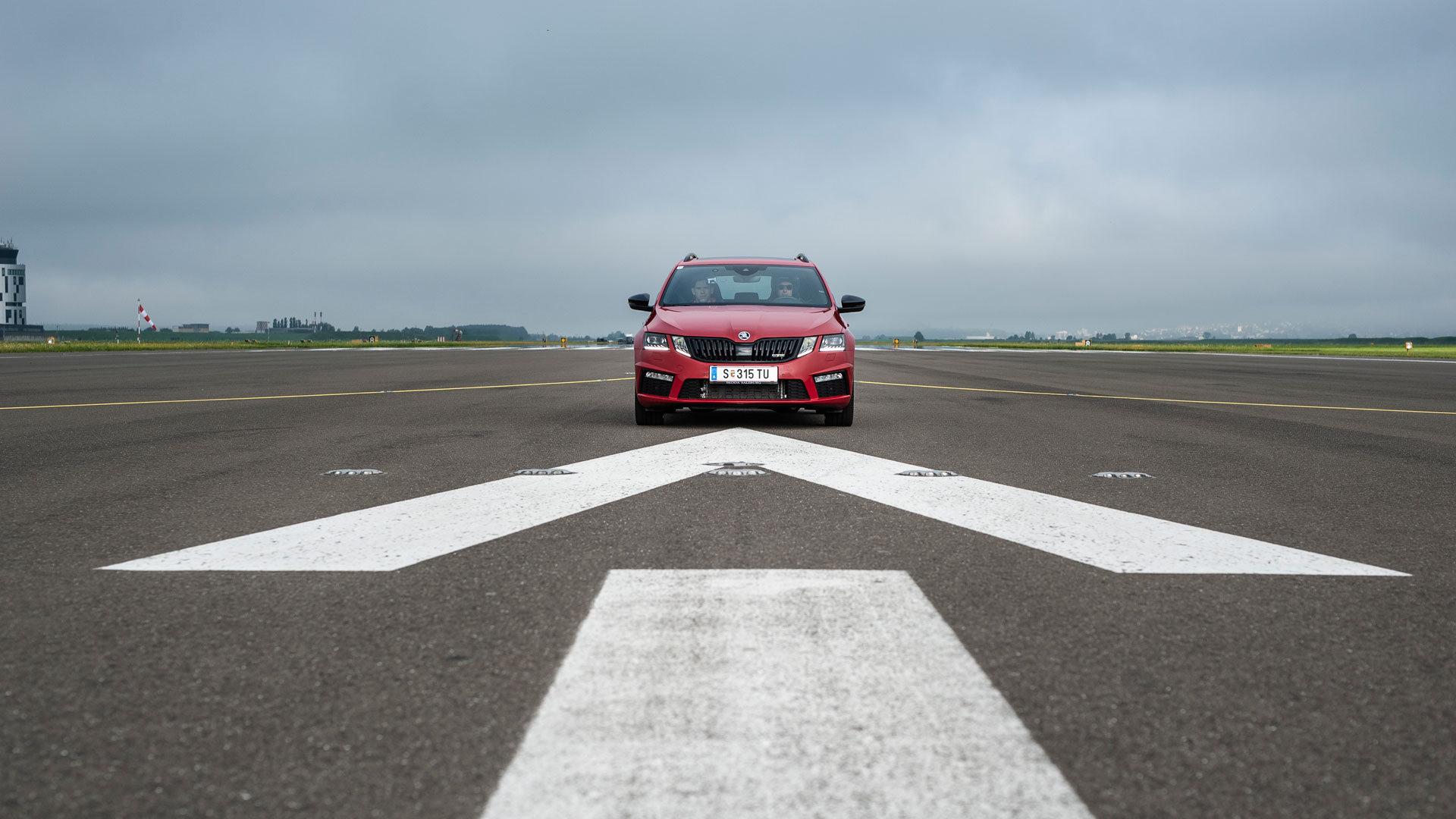 We wouldn’t recommend trying this one at home. In 2018, Skoda Austria set a Guinness World Record for the farthest arrow fired and caught in a moving car. The car used was an Octavia vRS, with the record set at 57.5 metres.

Most surfboards stacked on a car 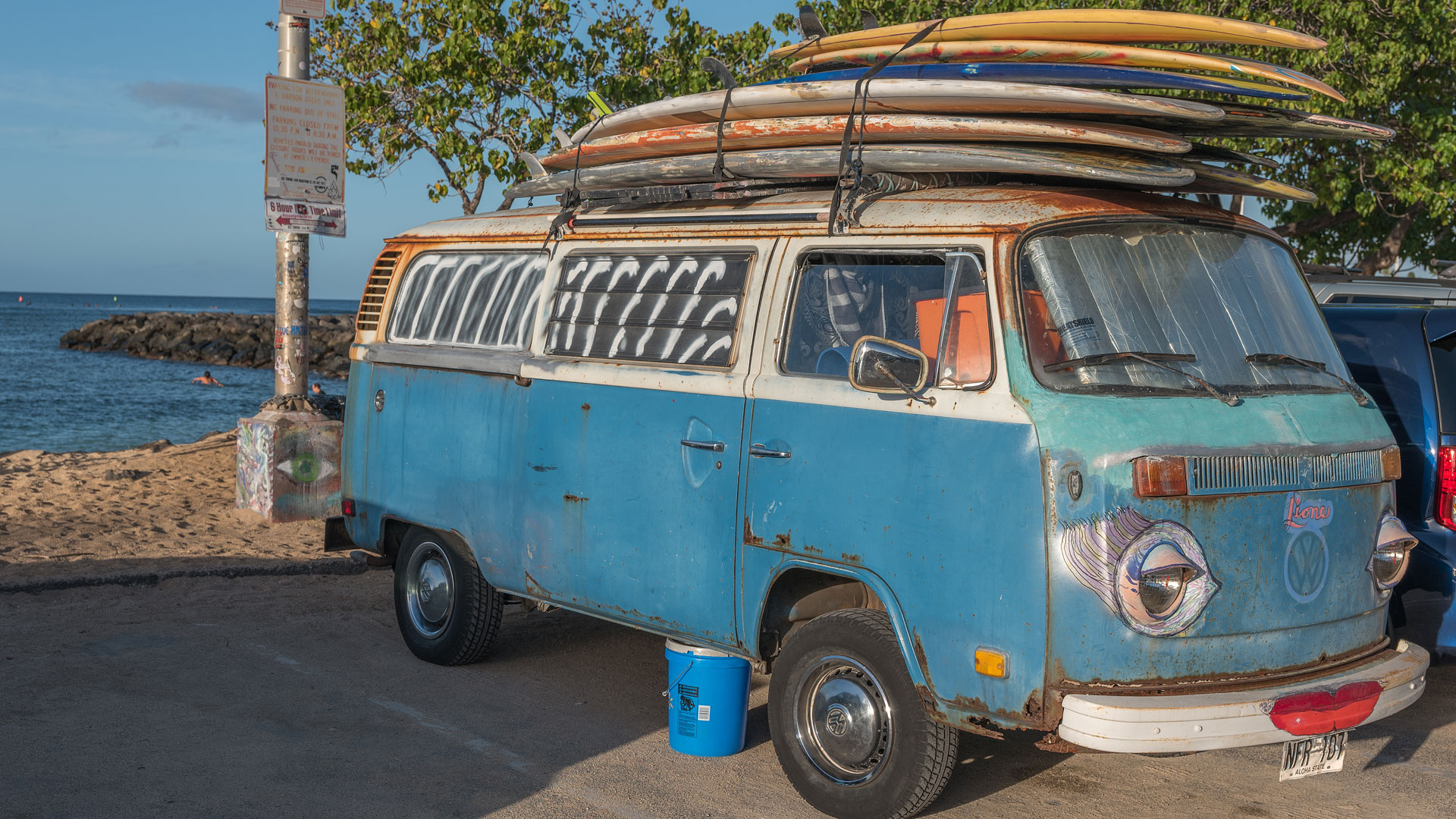 In 1998, a group of surfers stacked a total of 282 surfboards on the roof of a Hummer and drove 30.4 metres near Santa Barbara, USA. We’re guessing the conditions were deemed to be unsurfable that day. 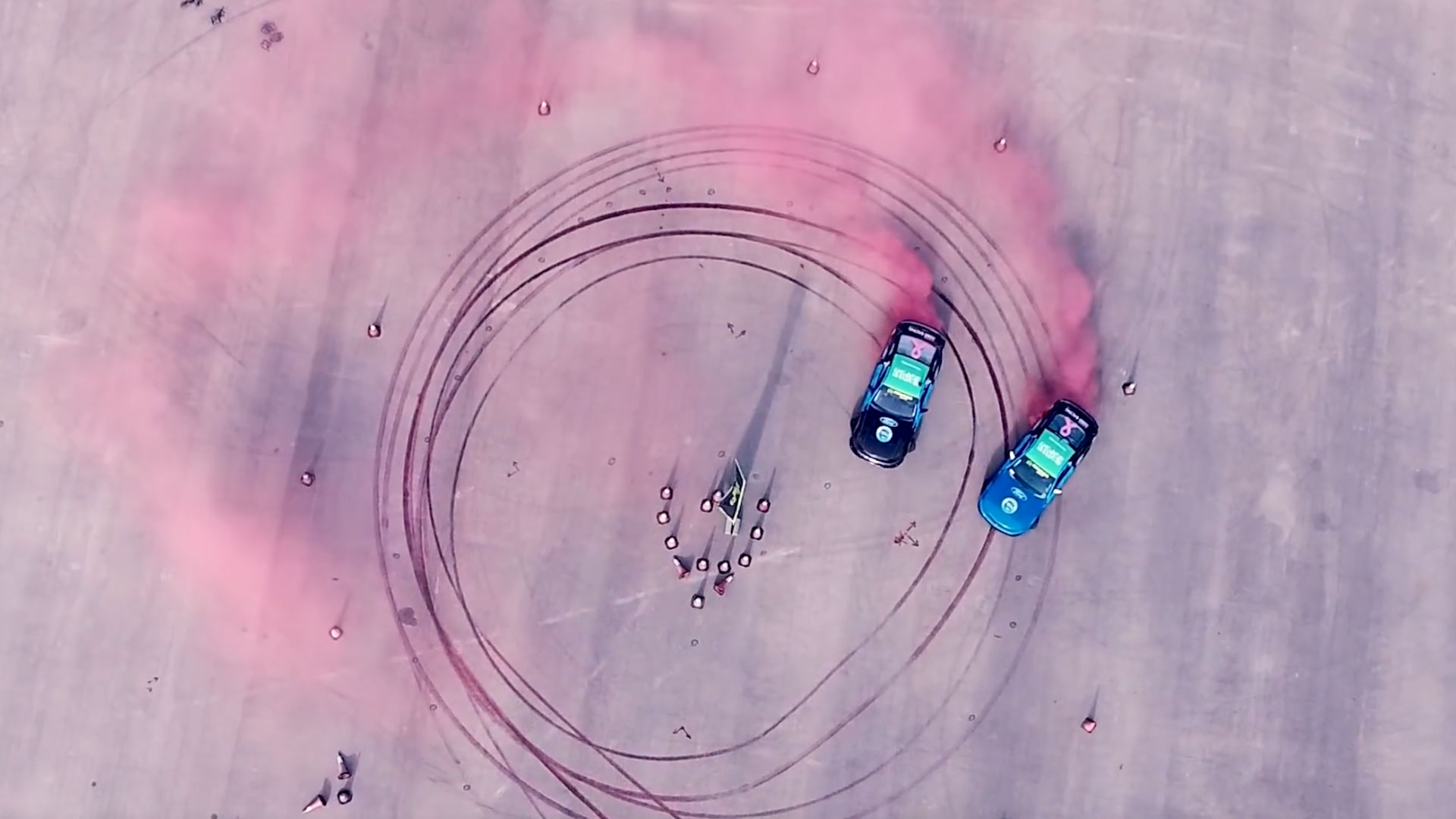 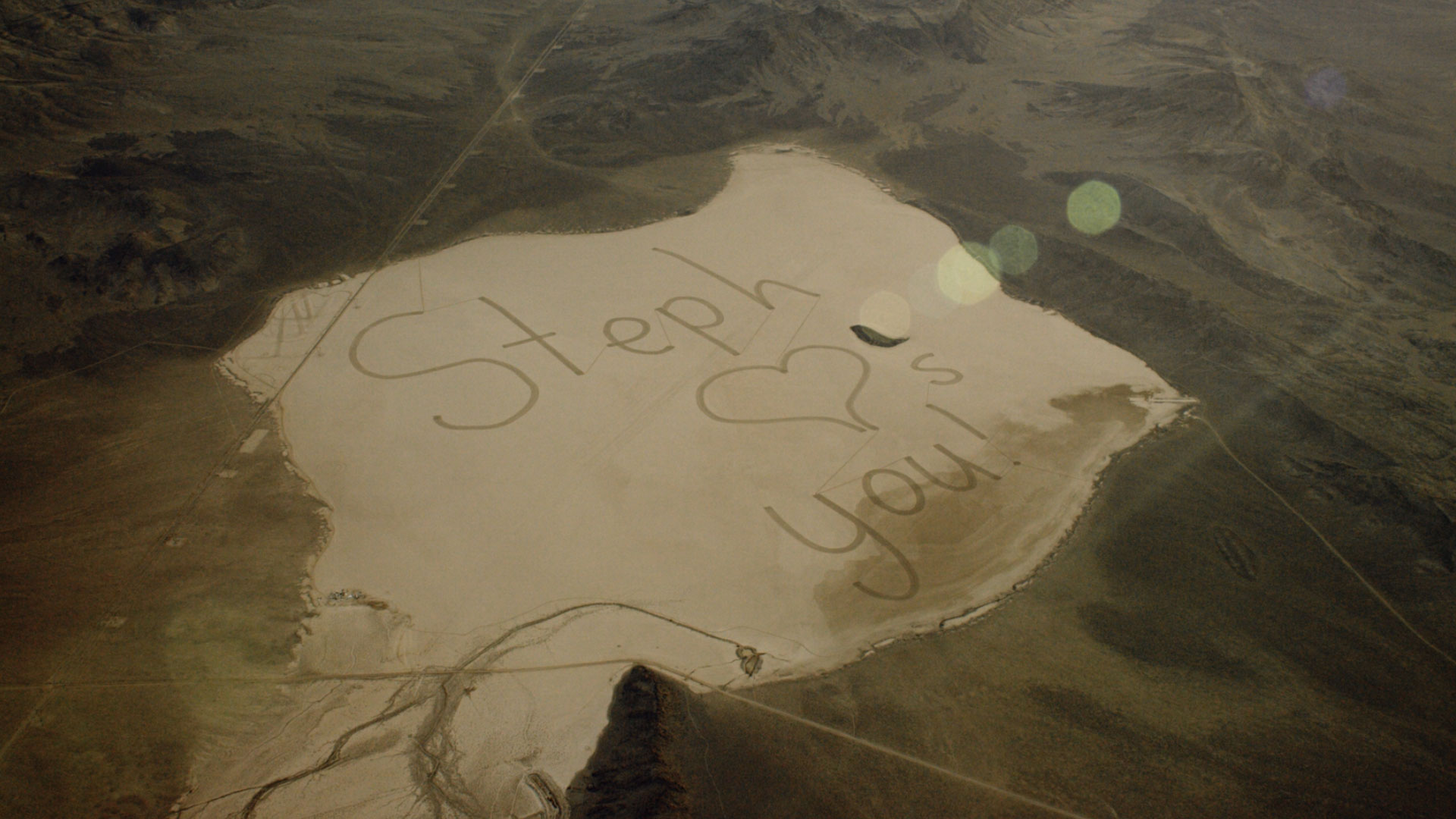 In January 2015, 11 Hyundai Genesis vehicles were used to create a ‘handwritten’ message from a girl to her astronaut father in space. It’s the largest tyre track image the world has ever seen. 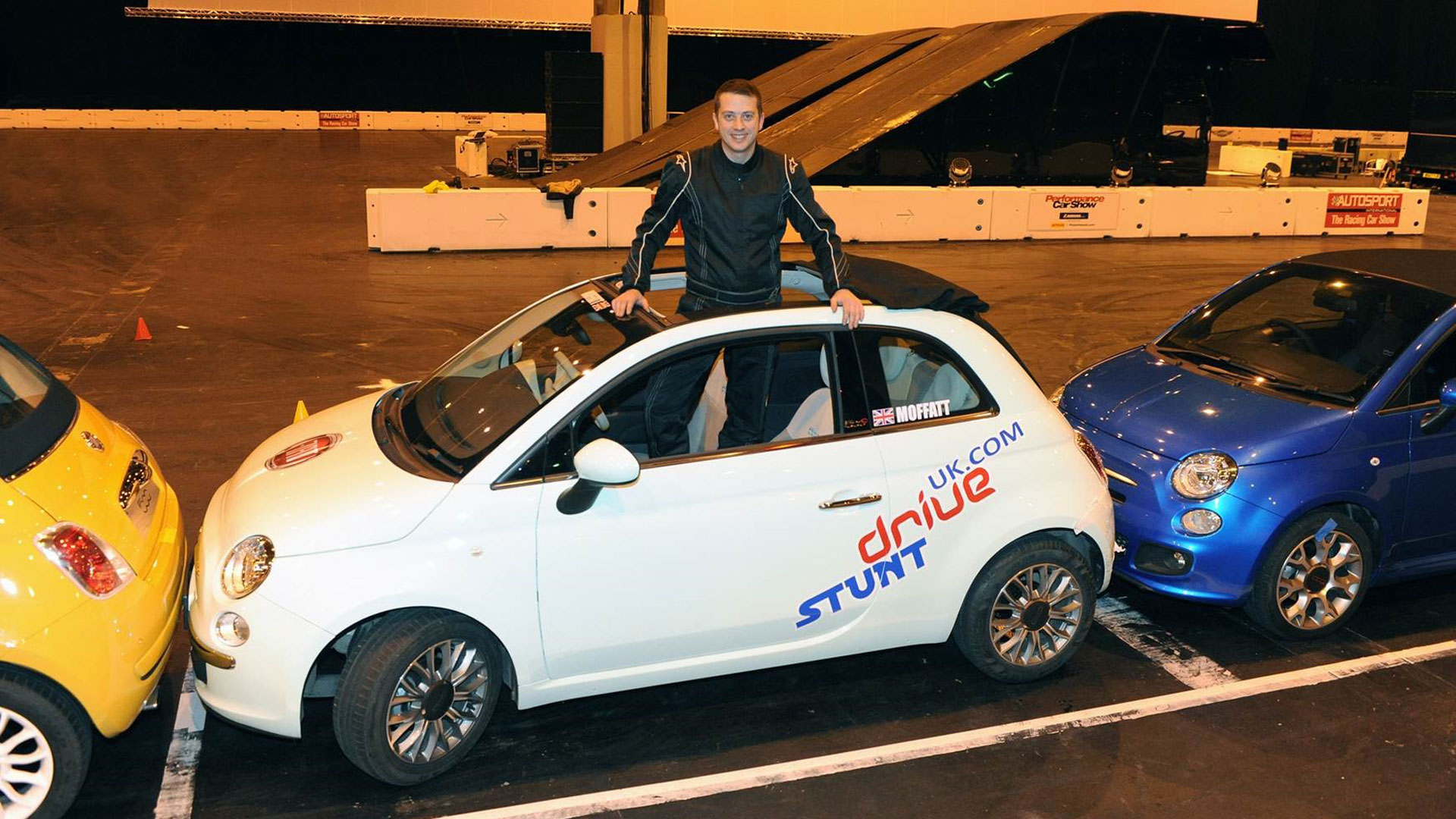 Alastair Moffatt holds the Guinness World Record for the tightest parallel park, squeezing into a space just 7.5cm longer than the Fiat 500 he was driving. “Being a Guinness World Record holder for the tightest parallel park is a dream come true,” said Moffatt. “I can remember watching ‘Record Breakers’ on TV as a child and hoping I would be able to hold a record someday.

Longest time to kiss a car 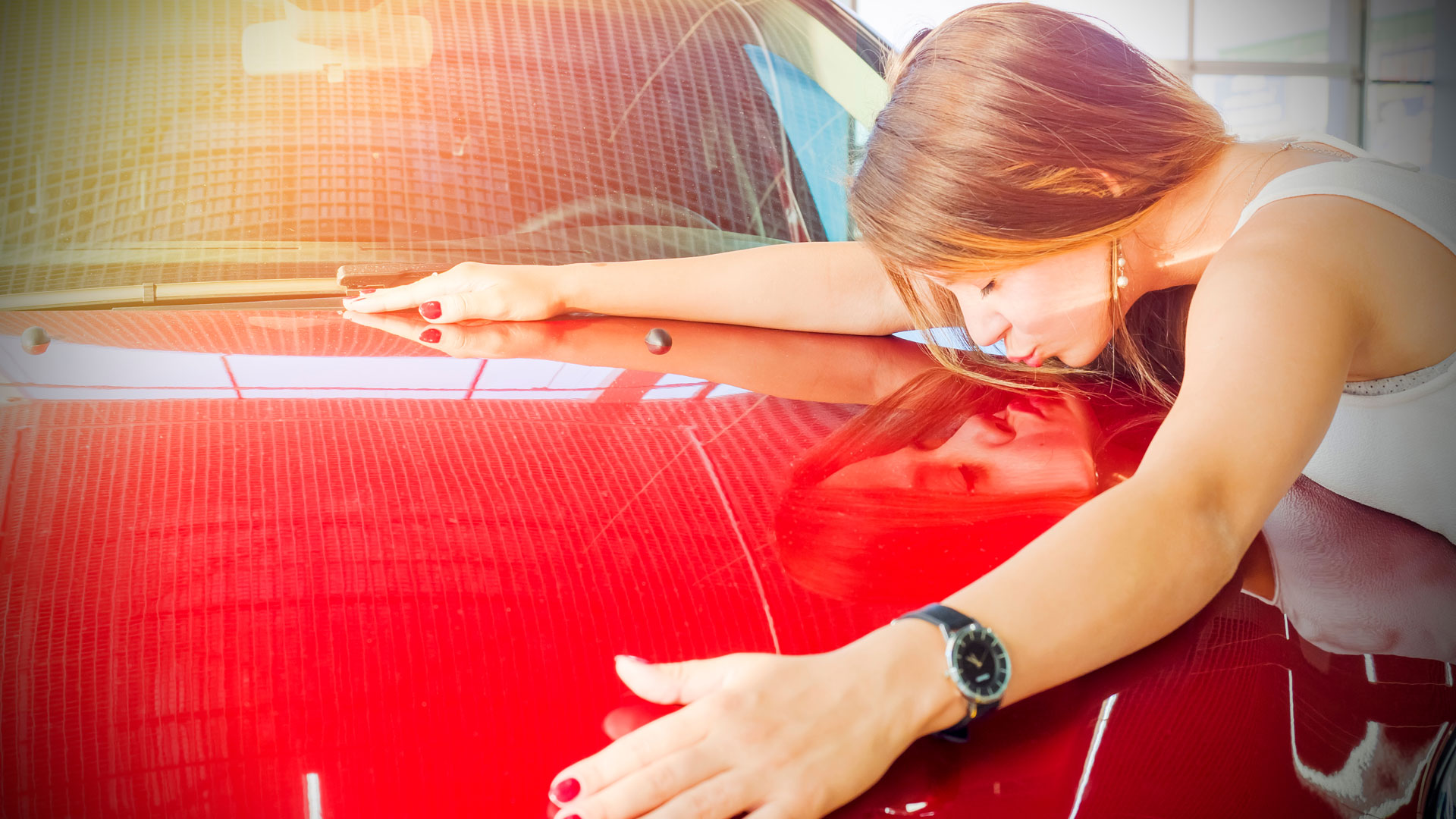 The longest time to kiss a car is 76 hours and was achieved by Ernesta Hernandez Ambrosio and Jesús Juárez Vite in Mexico, from 10–14 October 2013. Searching for an image to accompany this caption was ‘interesting’.

Most consecutive cars jumped over on a pogo stick 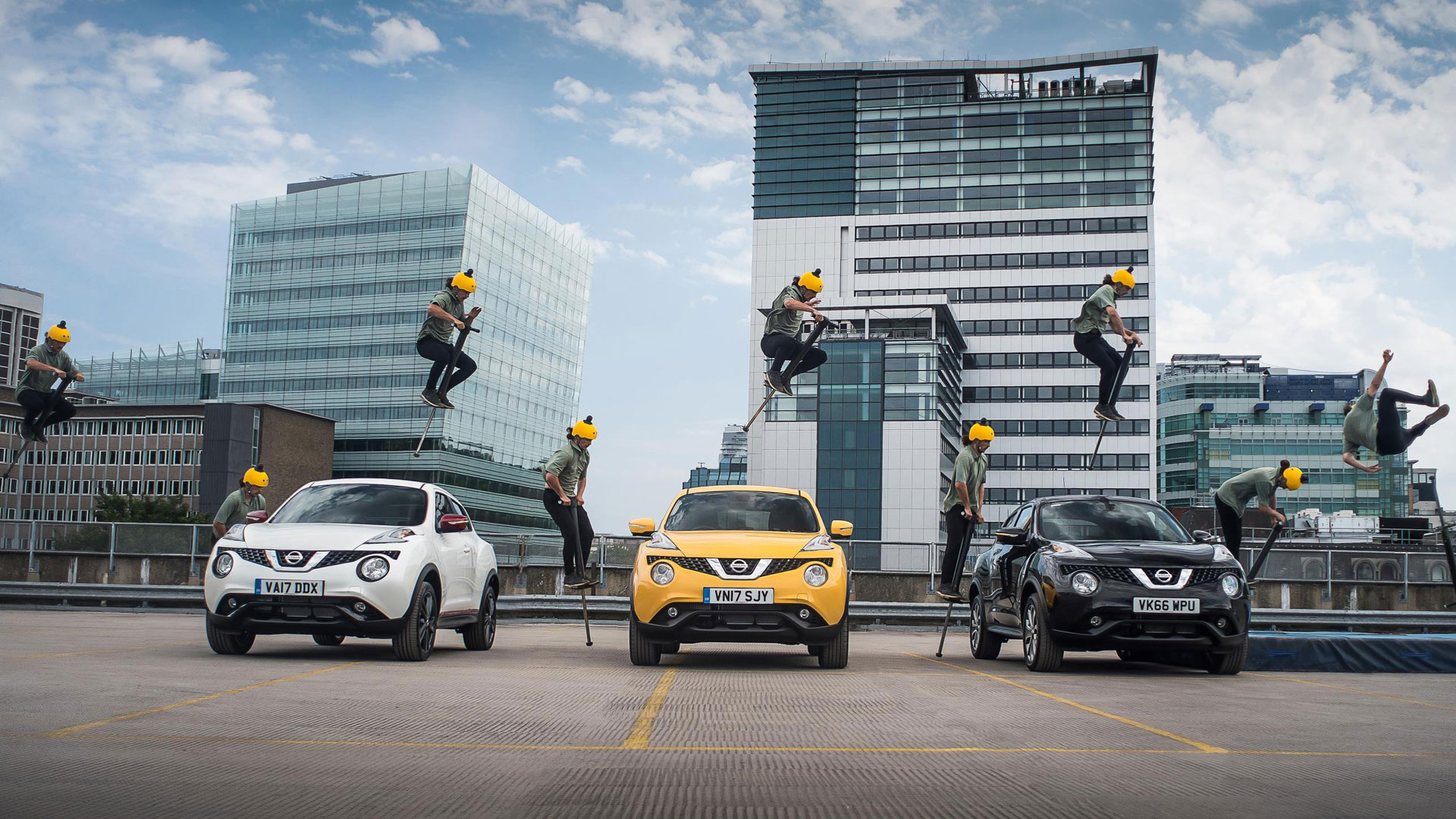 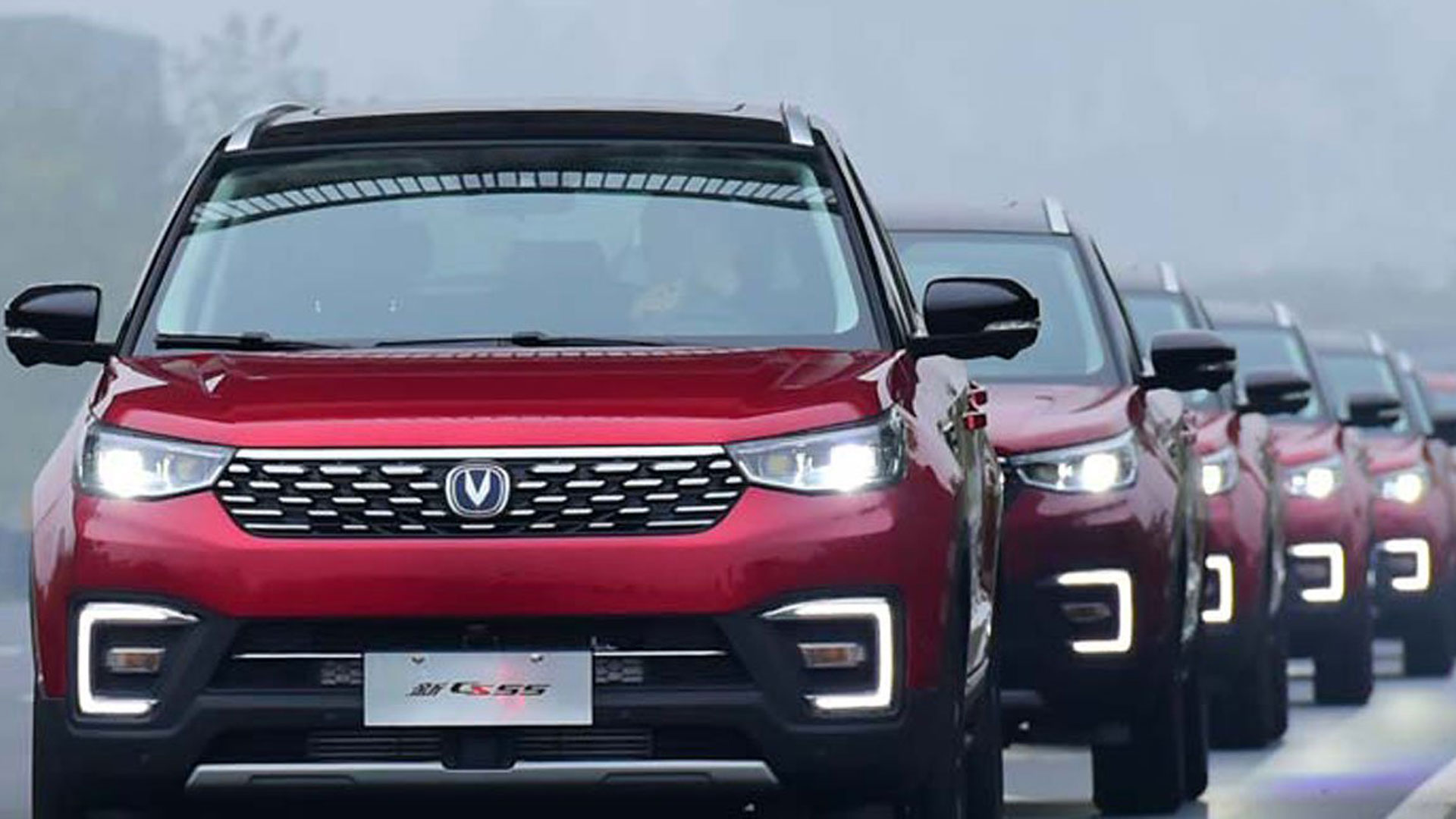 We were determined to avoid the countless records for the largest parades of vehicles, but this one is rather topical. In 2018, a total of 55 self-driving cars built by Changan Automobile set a new record for the largest parade of autonomous cars. We suspect this record won’t stand for very long. 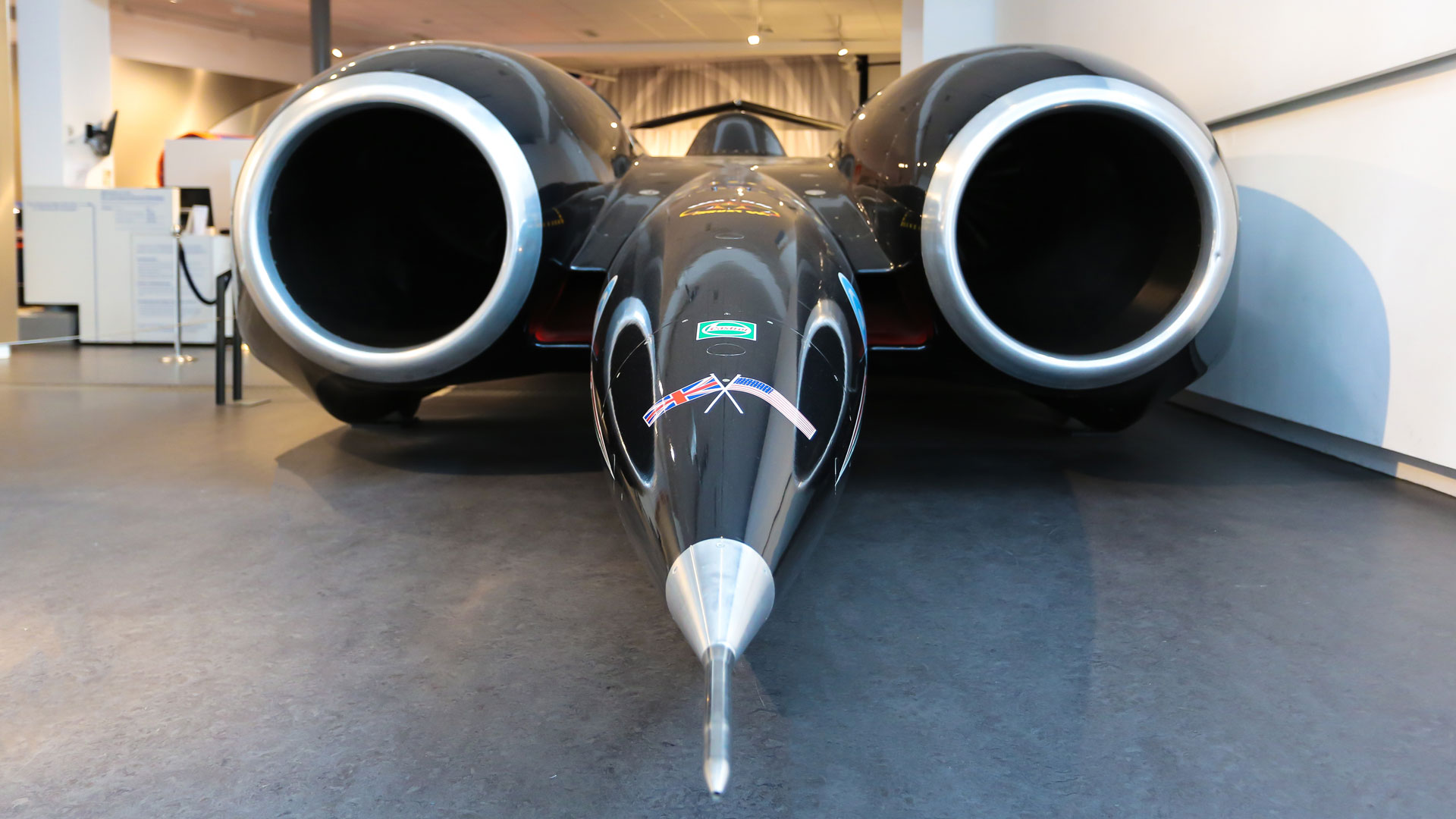 The official land-speed record is 763.035mph, set by Andy Green in Thrust SSC in 1997. The second fastest car is the Astramax van. 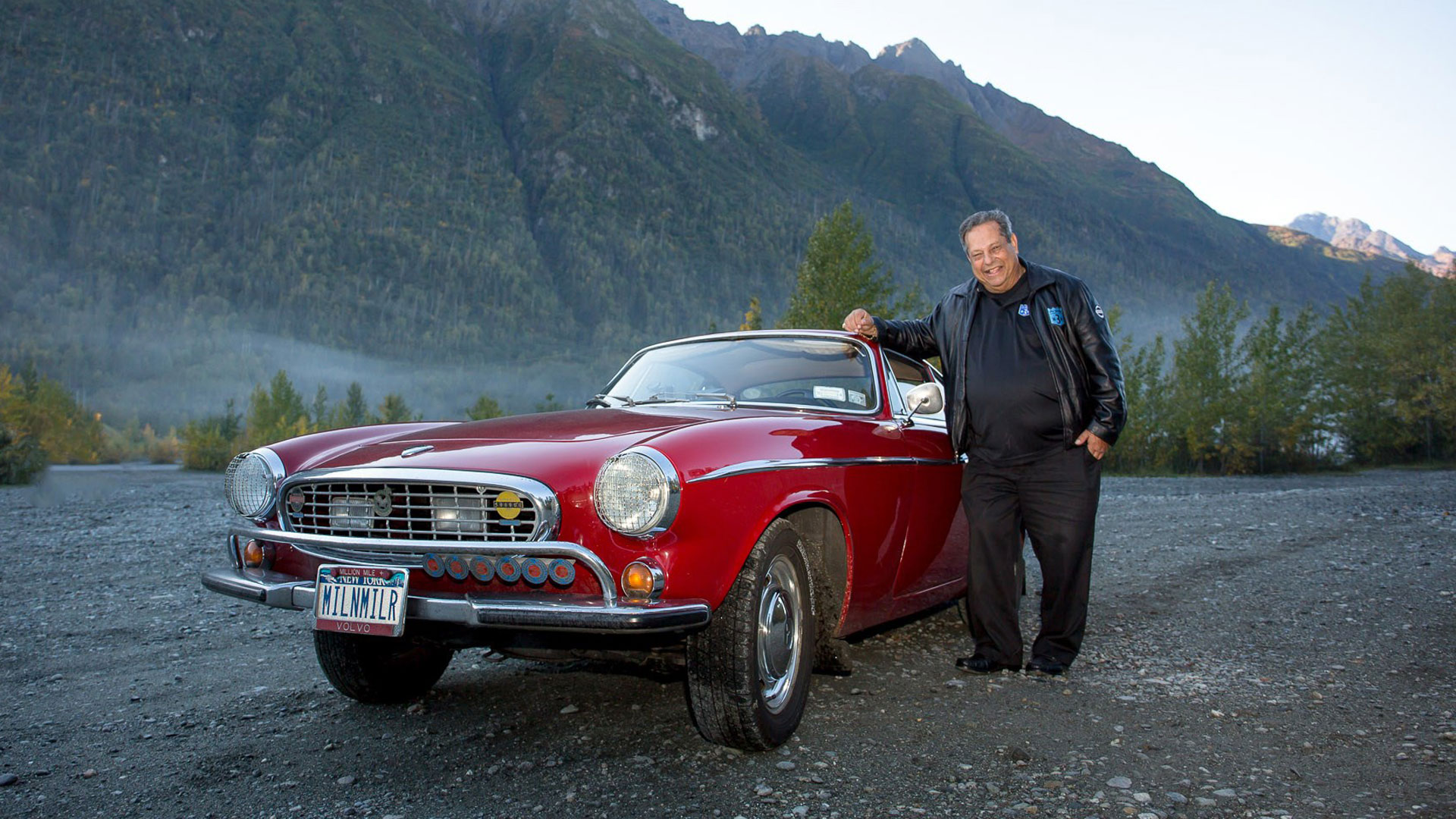 The late Irv Gordon holds the Guinness World Record for the highest vehicle mileage. Gordon drove an estimated 85,000 to 100,000 miles per year in his Volvo P1800 S, covering 3.2 million miles. 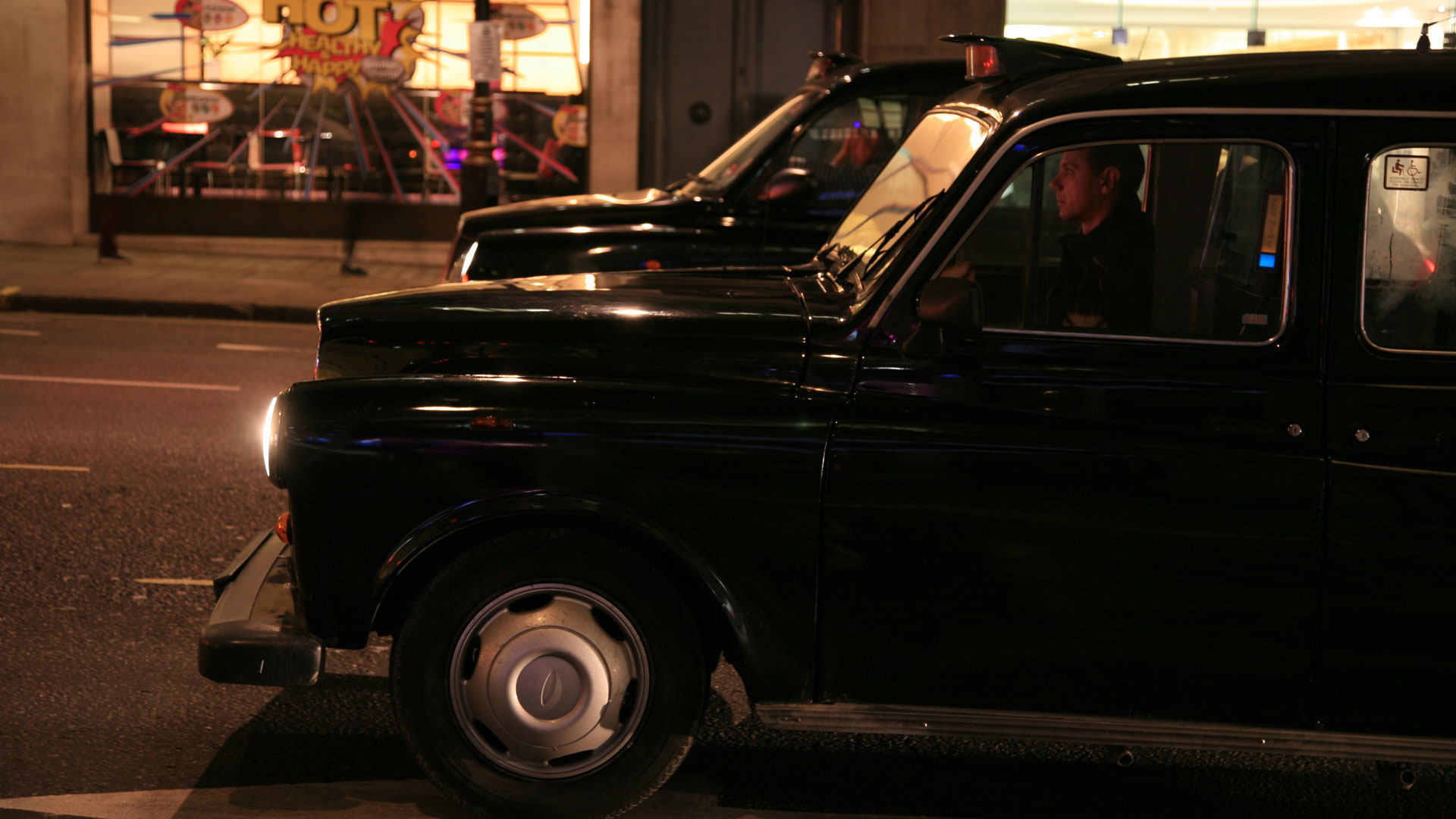 The Guinness World Record for the longest journey by a taxi stands at 43,391.5 miles. The record was set when a team in an FX4 black cab returned to Covent Garden in May 2012. 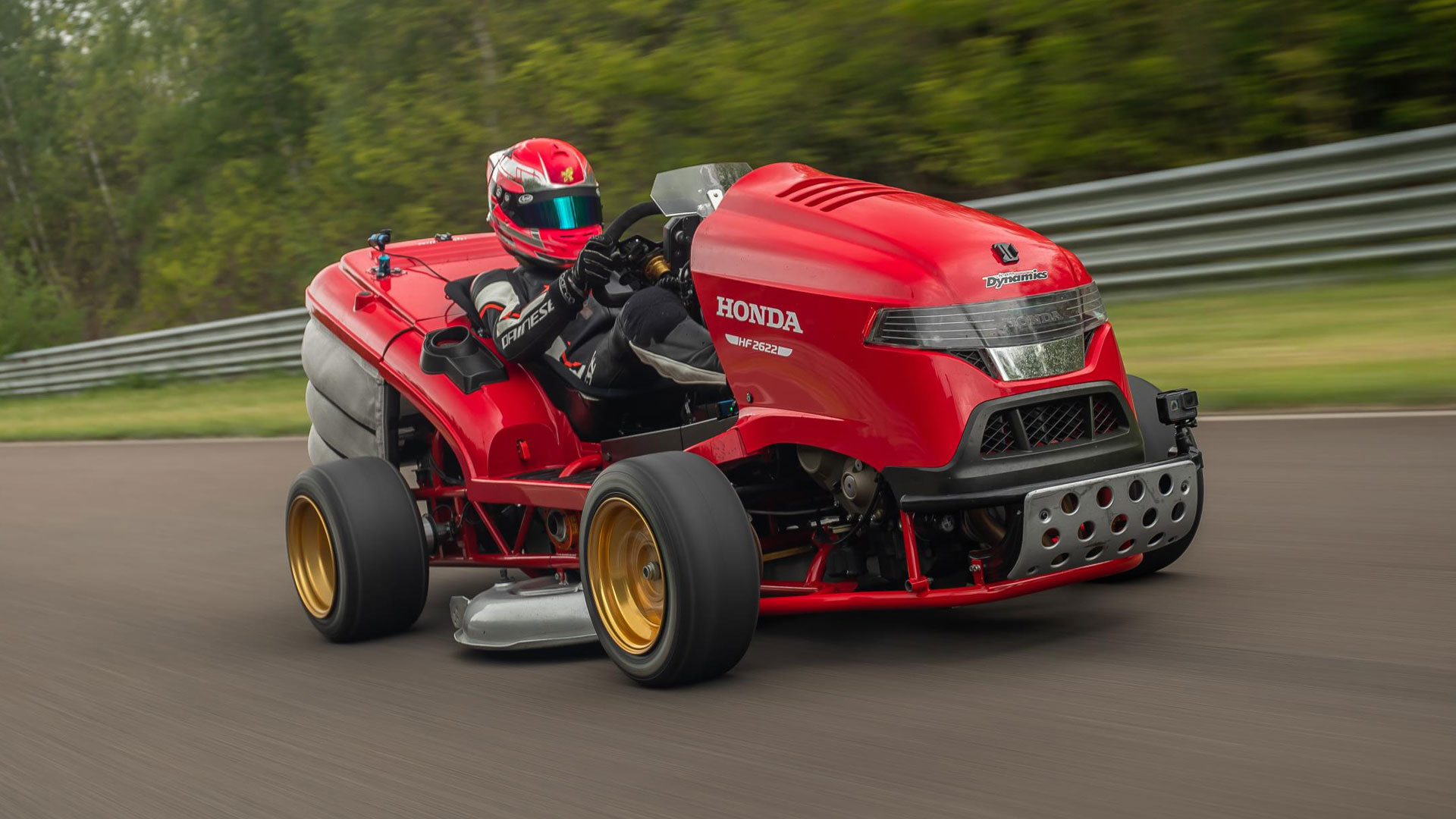 The fastest mower is the Honda ‘Mean Mower’, which has a power to weight ratio superior to a Bugatti Chiron. It’s powered by a 200hp CBR1000RR Fireblade SP superbike engine and can sprint from zero to 100mph in just 6.29 seconds. 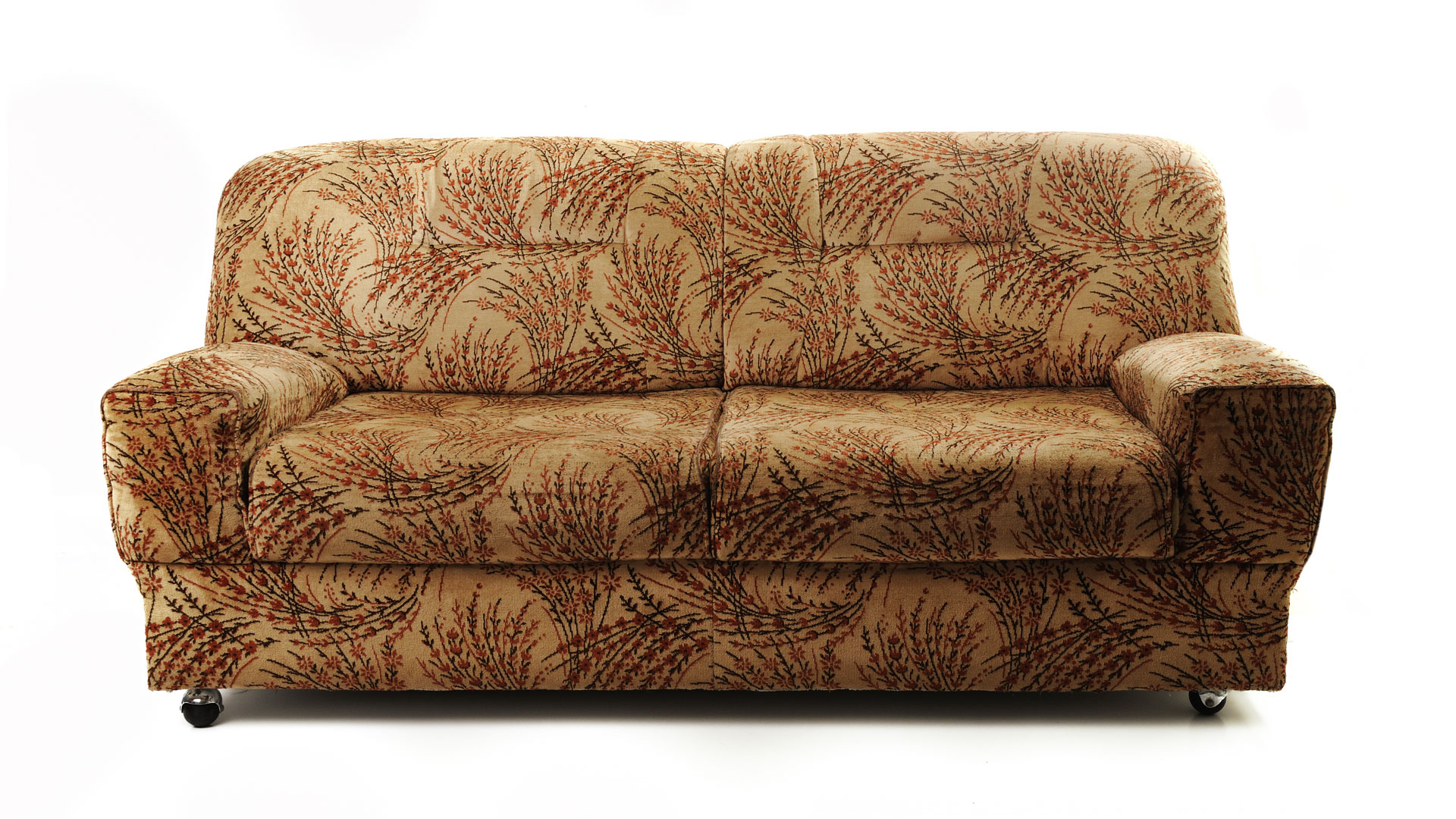 Providing inspiration for couch potatoes everywhere, Glenn Suter achieved a top speed of 101.36mph while driving a motorised sofa. We understand he still couldn’t find the remote for the television, but he did find some leftover Pringles behind the cushion. Probably.

Here’s one you couldn’t make up. The record for the most car door windows smashed using fists in two minutes is 21. Kevin Taylor set the record in 2013. Kids, do not try this at home, unless you happen to be playing Street Fighter and are looking at a Lexus. 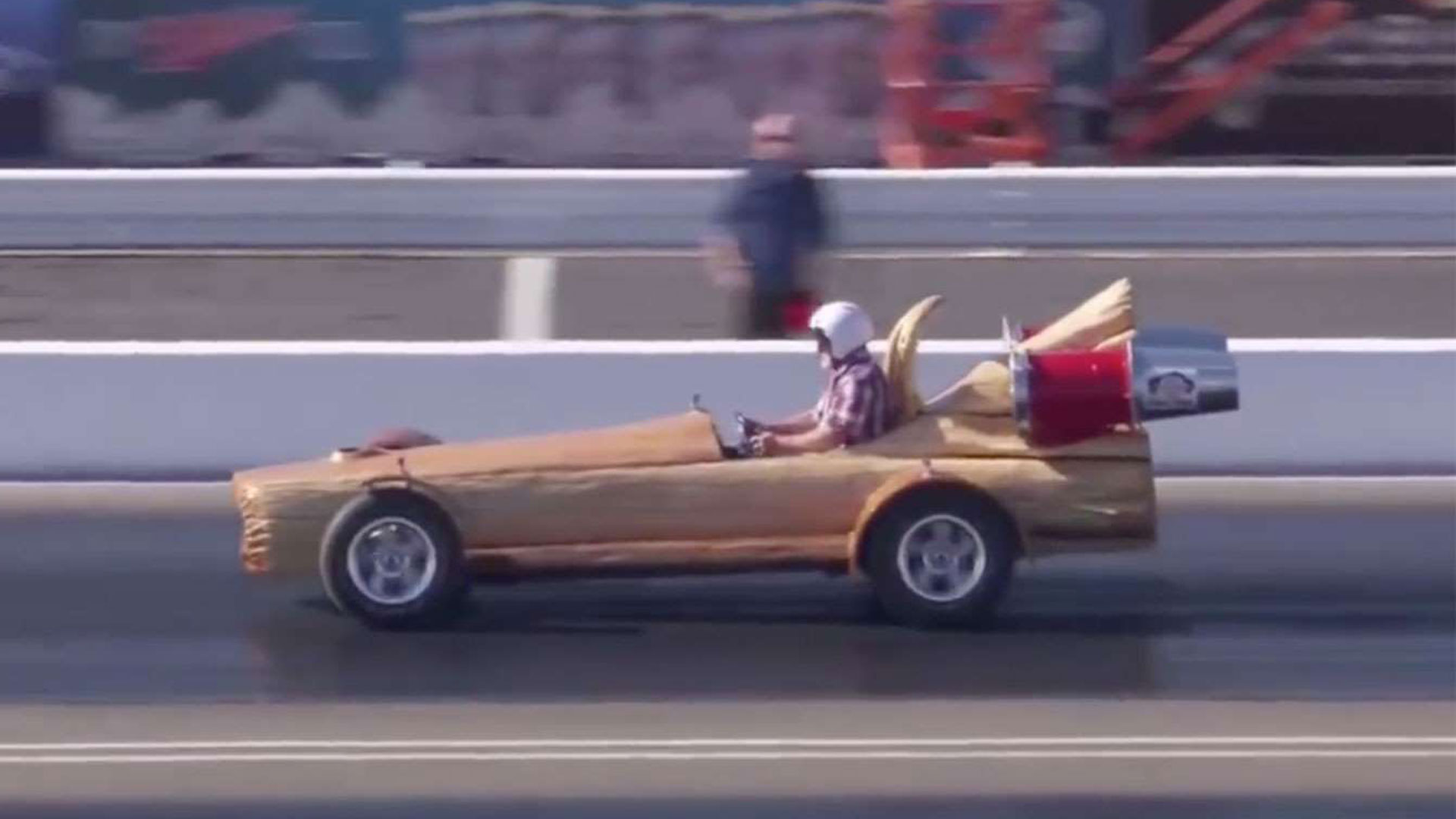 Yes, you read that right: there’s a Guinness World Record for the fastest motorised log. The vehicle — which was created from a single log of western red cedar from British Columbia — achieved a top speed of 47.64 mph.

Maybe more than the Quattro or even 'Vorsprung durch Technik', Princess Diana helped turn around Audi's fortunes in the UK. Here's how.
Read more
Features

We drive a Volvo police car – on a frozen...

We go sideways in Volvo's police-spec V90 on a frozen lake in Sweden. And we discover what makes it different to a normal car.
Read more
Features