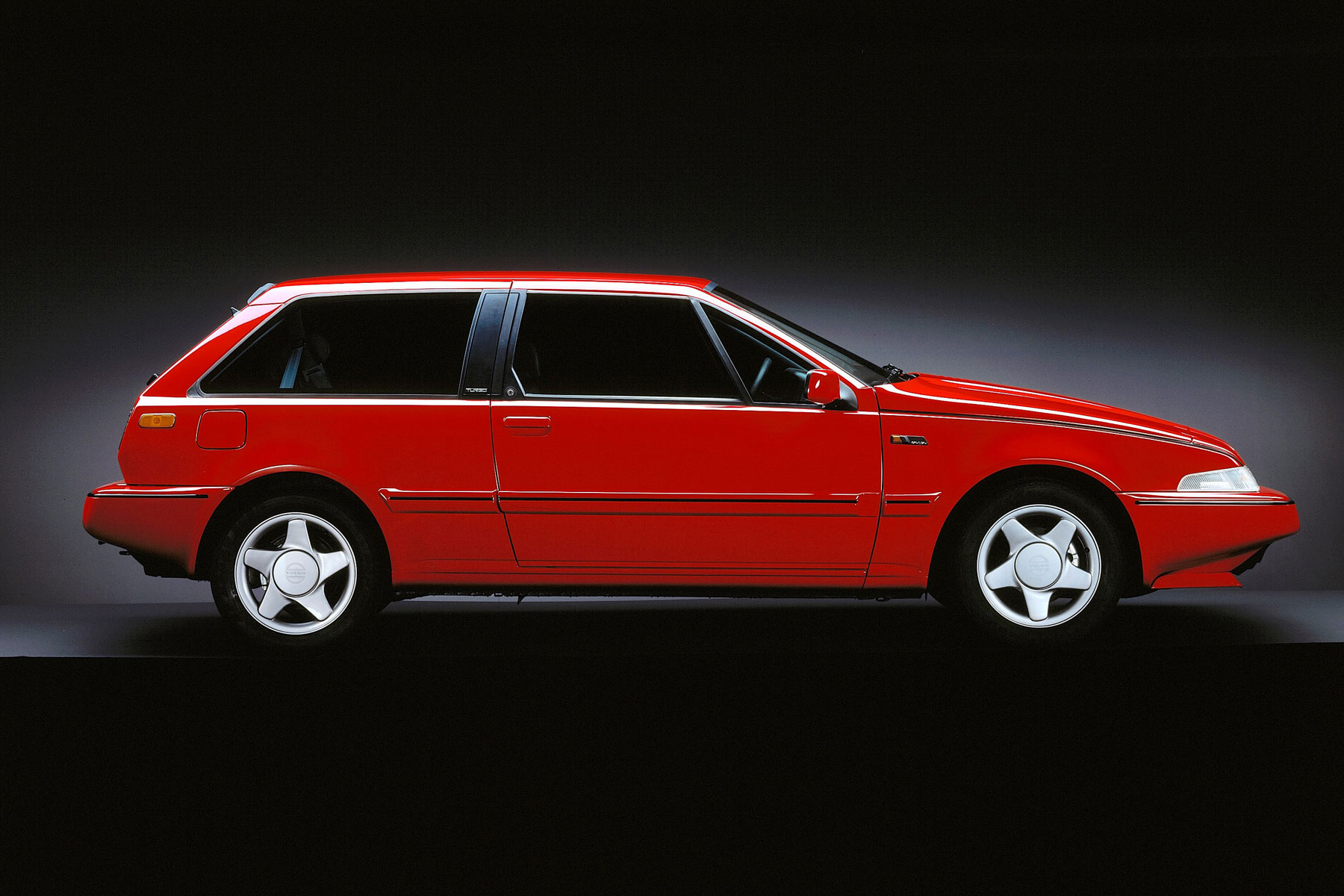 There’s something wonderfully Swedish about the Volvo 480, and yet its development was a truly international affair.

Built in the Netherlands, penned by a Dutchman, interior designed by a Brit, mechanicals supplied by the French – and with a thoroughly Swedish badge tucked away below the front bumper.

With its pop-up headlights and wedge-like styling, it’s as though the 480 came out of nowhere, but it borrowed from the past while laying the foundations for Volvos of the future.

Today, the Swedish oddball is a bit of a cult classic and a retro bargain to boot. 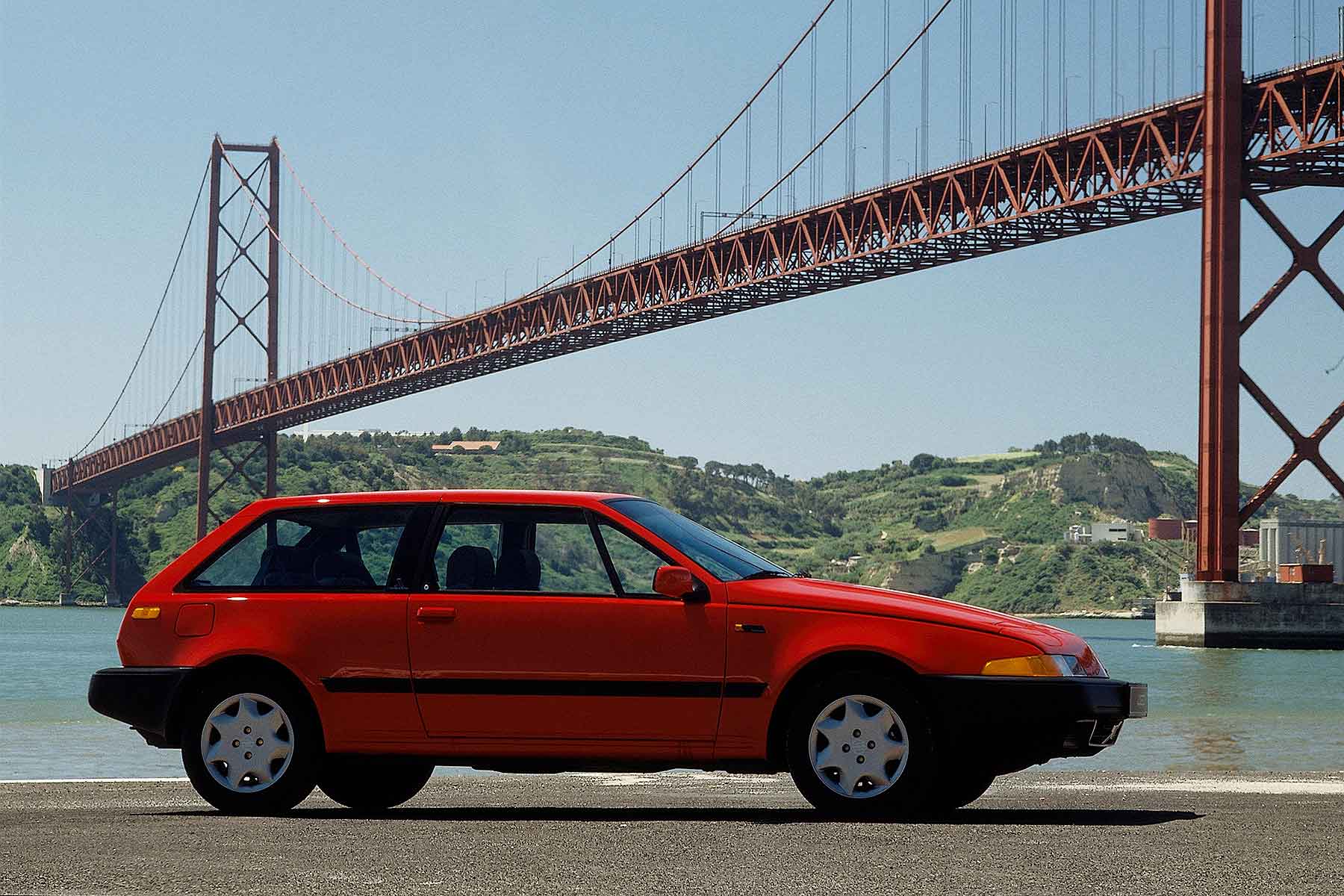 Volvo rejected proposals submitted by two Italian styling houses before designing the 480 in-house at Volvo Car BV (Holland). It was a product of the Galaxy project, which began in 1978 when the company started considering replacements for the 240, 340/360 and 740/760.

Internally, Volvo had accepted that its future would be driven through the front wheels, but externally the message was entirely different. Just a couple of years before the front-wheel-drive 480 went on sale, Volvo was extolling the virtues of rear-wheel-drive to its American audience.

“In an era when just about everyone seems to be touting front-wheel-drive as the greatest thing ever to come down the pike, there’s one thing you should know. Virtually every car in the world today that’s famous for performance and handling uses rear-wheel-drive”, proclaimed a press advert.

“Of course, a Ferrari or Formula 1 car may not exactly fit your family’s driving needs. So why not consider a Volvo Turbo? When it comes to handling and performance, you’ll find it leaves a lot of front-wheel-drive cars bringing up the rear.”

To ram home its message, Volvo positioned its car alongside a Ferrari, Corvette, 911 and a couple of race cars.

Meanwhile, on the other side of the Atlantic, Volvos weren’t exactly known for their whippet-like pace and apex-kissing cornering capabilities. Its smallest cars, the 340 hatch and 360 saloon, were more geriatric than a packet of Werther’s Originals wrapped in a knitted toilet roll holder. 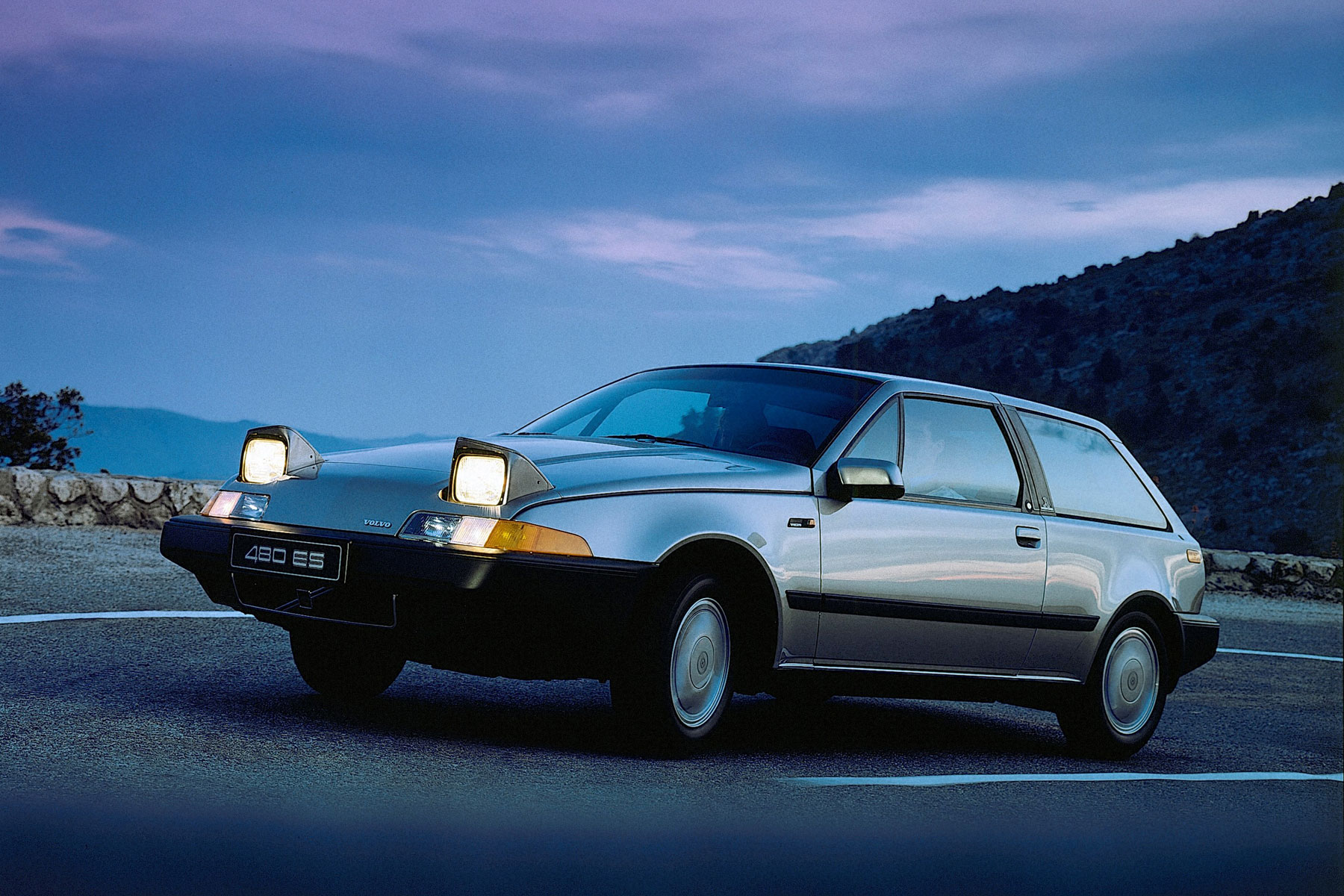 Unveiled at the Geneva motor show in 1986, the 480 didn’t so much send jaws dropping to the floor as leave onlookers scratching their heads. The shooting brake design, penned by John de Vries, tipped its hat to the 1800ES, most notably the all-glass tailgate, but the pop-up headlights were straight out of an Amsterdam coffee shop.

It’s perhaps a little generous to reference the Ferrari Daytona when considering the front end styling, but if you see it, you’ll get it. It’s also worth remembering the two-door coupe segment of the time: you could still buy a new Ford Capri, for goodness sake, while the cool kids drove around in Sciroccos and Celicas.

But let’s not give the 480 ideas above its station – this was no sports coupe. It was a proper four-seater, albeit with the inconvenience of entering the rear seats via the front. In fact, its closest rival was the cheaper and remarkably similarly styled Honda Accord Aerodeck. In profile, it’s as though the pair were separated at birth. 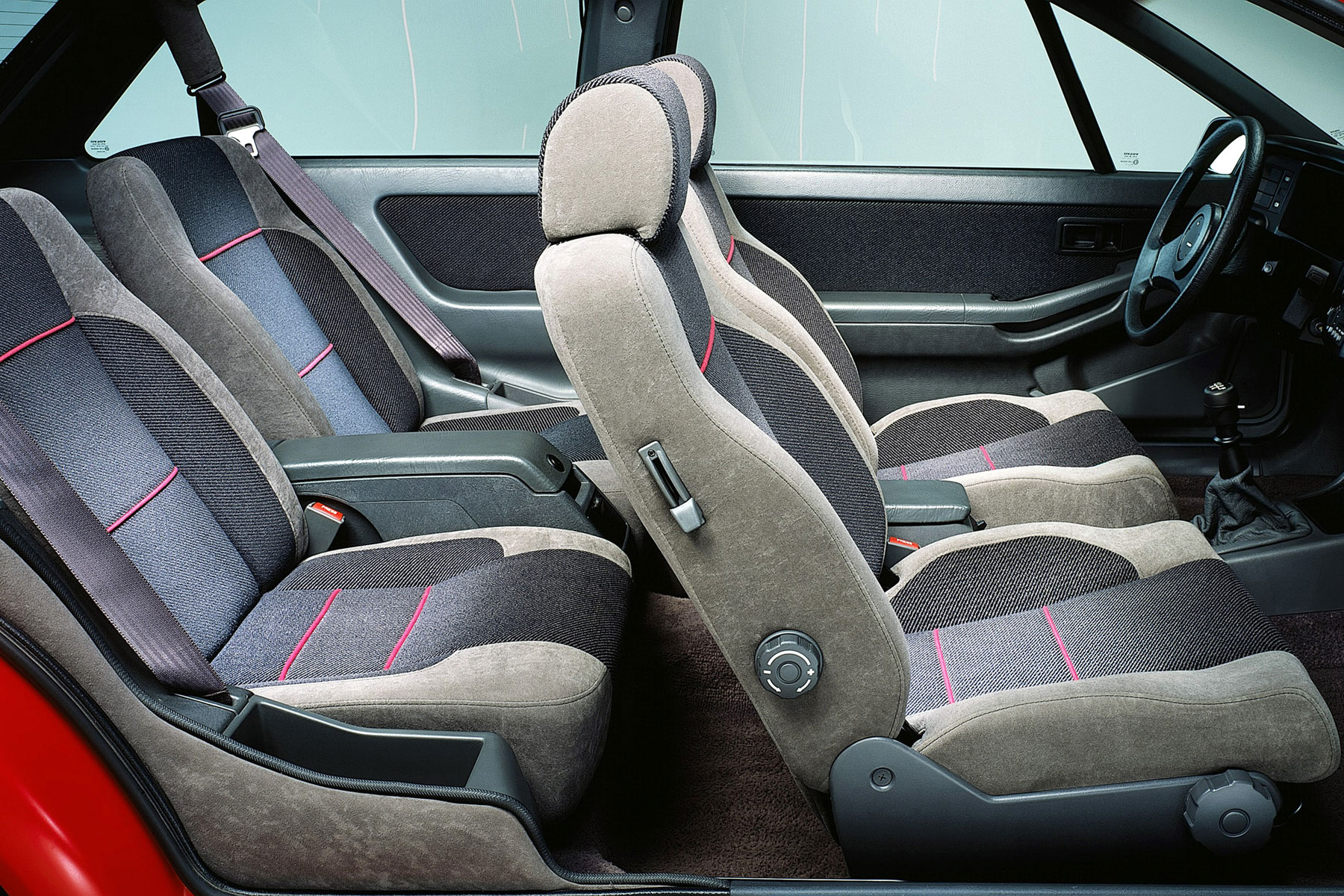 The interior was the work of Peter Horbury, who managed to create a roomy cabin, complete with a dashboard layout that, by today’s standards, would be considered cluttered. On the plus side, the two-spoke steering wheel of the early cars was a nod to Swedish eccentricity.

It’s easy to focus on the pop-up headlights and glass tailgate when gawping at the 480, but more in-depth scrutiny will reveal a host of neat touches. Take the ‘hockey stick’ rear lights, which combine to create a single strip running along the back of the car. Above it is a grab handle, which looks entirely at odds with the clean design.

Also, note the pillar-mounted door locks and the side markers situated at the edge of that long rear section. It has been suggested that the Volvo grille was a last-minute addition at the request of the board, but regardless of whether or not this is true, it became one of the 480’s hallmark features. 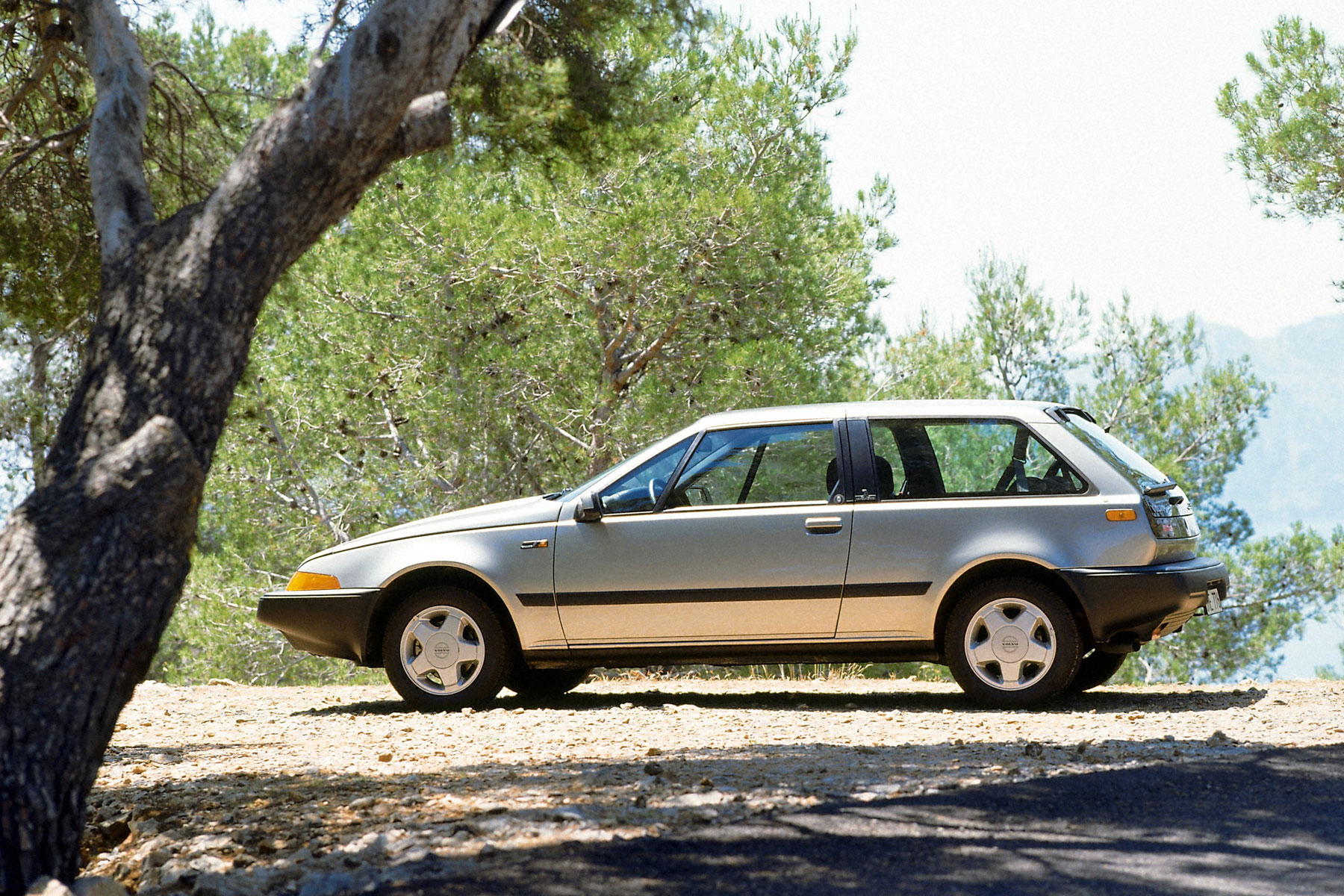 Other nods to Volvo’s safe and dependable heritage include the impact-absorbing front and rear bumpers and the stone-resistant plastic bonnet and front end. As you’d expect, the 480 far exceeded the safety standards of the time.

That’s not to say that cars rolling out of the Nedcar factory were built to the same high standards of Gothenburg. By Volvo’s own admission, the Renix (Renault and Bendix) engine management system was a particular weak point. “Volvo 480 was very well equipped in standard version, filled with practical and personal solutions. A lot of them were electronically controlled which in turn caused its fair bit of reliability problems.”

Even allowing for what is perhaps a slightly clunky translation from Swedish, that’s hardly a glowing endorsement.

Initially, all 480s were powered by the same Renault-sourced 1.7-litre engine, which provided adequate performance at best. With 109hp available, the 480 could top 118mph (eventually), crawling to 60mph in, well, how long have you got?

But did anyone genuinely arrive at a Volvo showroom expecting sports car levels of performance? Given Volvo’s image and audience, it’s unlikely. Besides, the 480 had other qualities. 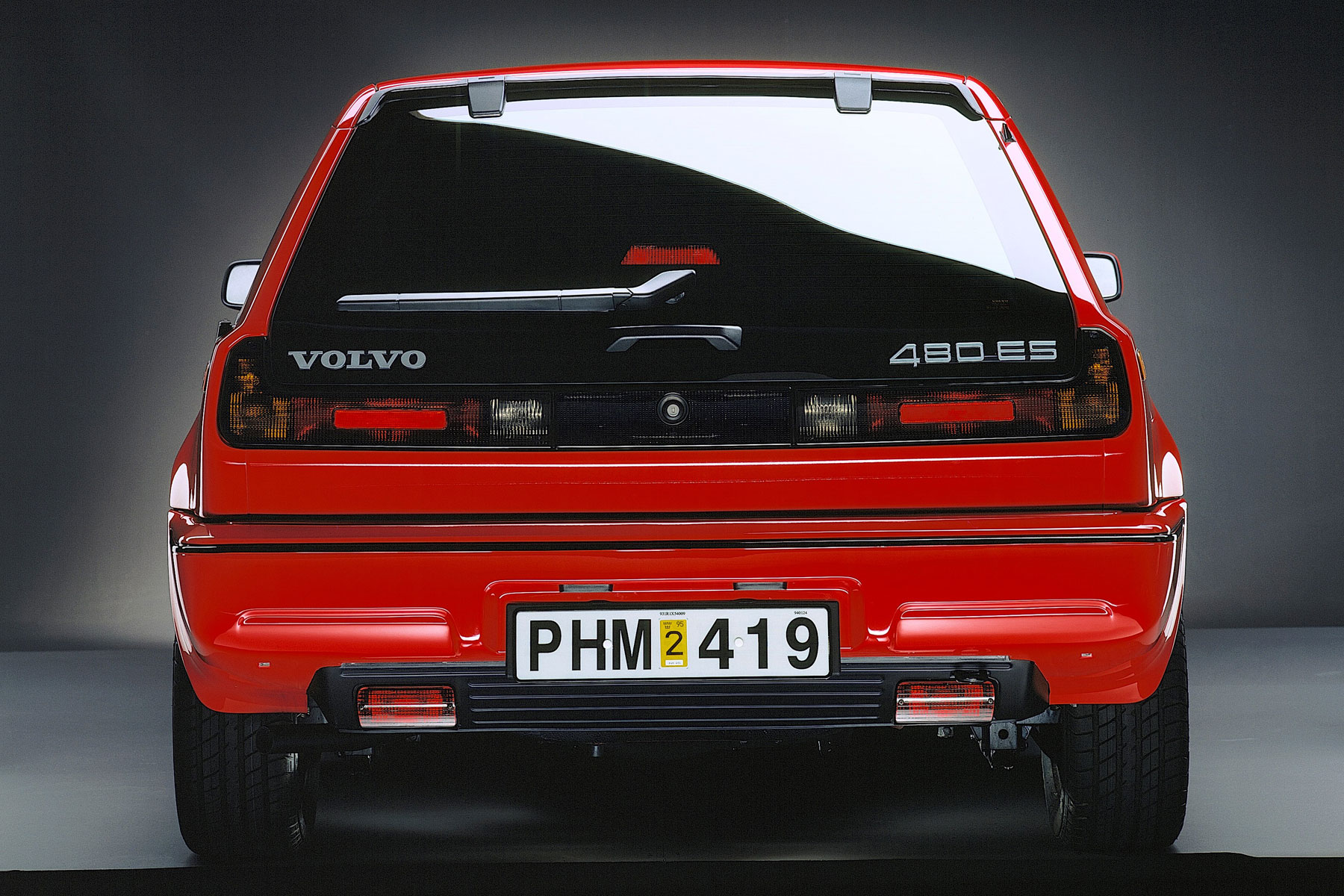 Cleverly, Volvo turned to Lotus for help with the suspension, which resulted in a car with excellent driving manners. Motor Sport commented on the “absolutely superb handling” before praising the ride quality.

“The 480 ES rides almost as well as a heavier 700 series saloon, taking high-speed bumps without flinching. It also handles as well as most pedigree sports cars, flicking through tight turns and hairpin bends like a rally-tuned Mini of yesteryear. But it would not understeer. Volvo’s first FWD model truly feels like a rear-drive, which is exactly what the engineers intended.”

If that doesn’t result in you turning to the pages of Car & Classic in search of some Swedish wedge, nothing will.

Things got even better in 1988 when Volvo added a turbocharger to the mix. A blown version had been promised from the outset, with Porsche called in for help with its development. It increased the output to 120hp, giving it the performance to match the chassis.

In 1993, a hugely improved 110hp 2.0-litre version was introduced, although this was never treated to a turbocharger. Volvo even toyed with the idea of convertible and Targa versions, but these never progressed beyond the concept stage. Shame. 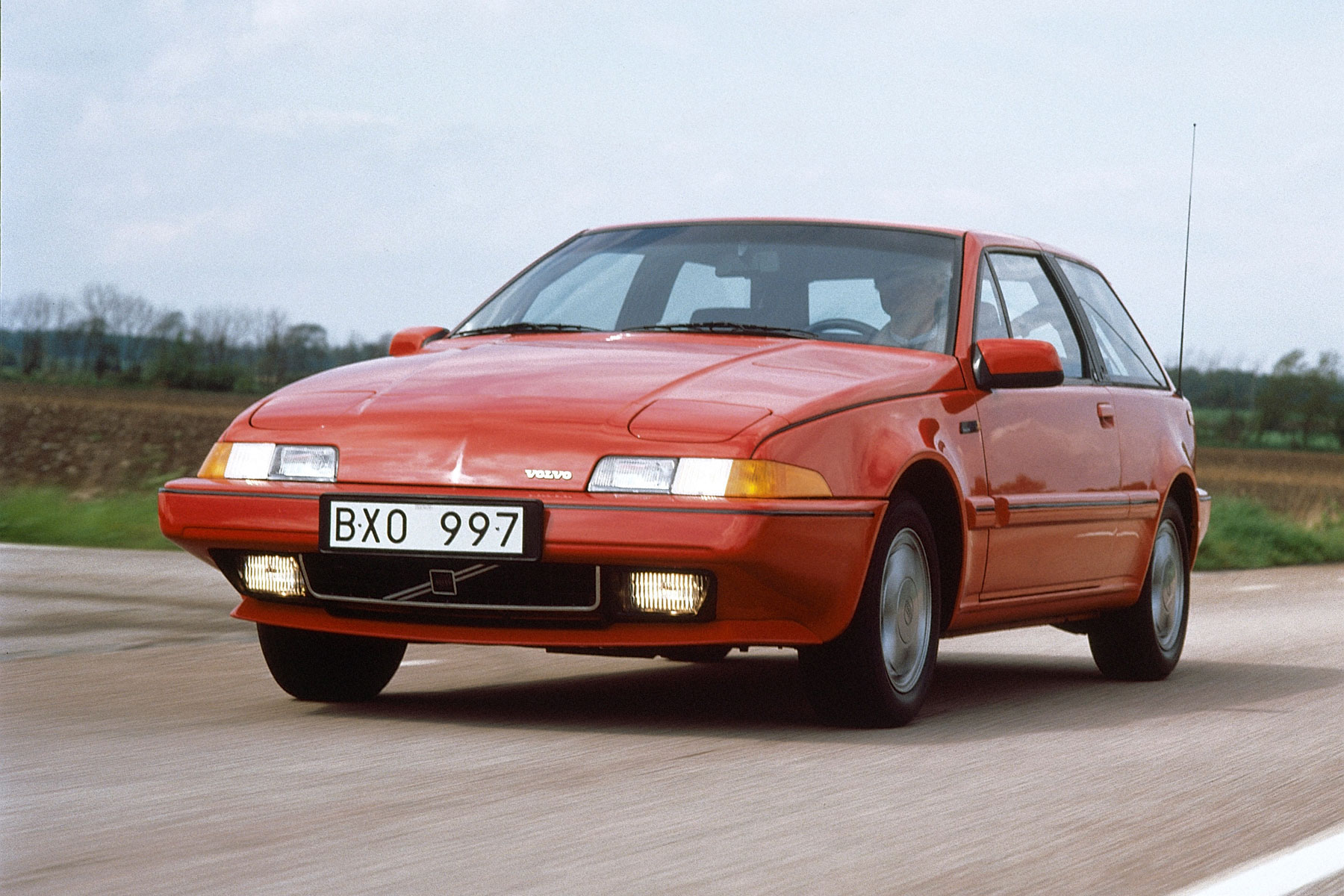 There had never been a Volvo so unlike a Volvo

Unfortunately, neglect and general apathy towards the 480 during its banger years means that Volvo’s oddball is living on borrowed time. Although How Many Left isn’t entirely accurate, there are thought to be fewer than 300 on the road, with a more substantial number listed as SORN, presumably in varying states of decay.

Buying a cheap one is fraught with risk. Build quality was patchy when new, so up to three decades of use will have only made things worse. And while servicing parts are easy to source, others are either obsolete or hideously expensive.

Better to spend a little extra on a good example, ideally one owned by a Volvo Owners Club or Volvo 480 Club Europe member. You could even buy a ‘brand new’ 480 ES, although you might want to check the price first.

More than just a turning point in Volvo’s history, the 480 is a quirky, oddball classic, with styling that seems to get better with the passing of time. Until its arrival, all Volvos built since 1927 had been rear-wheel drive, while all vehicles manufactured from 1998 have been front- or four-wheel drive.

To borrow a line of copy from a press advert for the 480 Turbo, not since the 1800ES had there been a Volvo so unlike a Volvo. Unfortunately, there’s unlikely to be anything like it ever again.

Meet the Jaguar XJ40 Coupe that never made production