From the space-age Cosmo to the cult-classic RX-7 and world-conquering MX-5, we chart the history of sporting Mazdas – with exclusive photos. 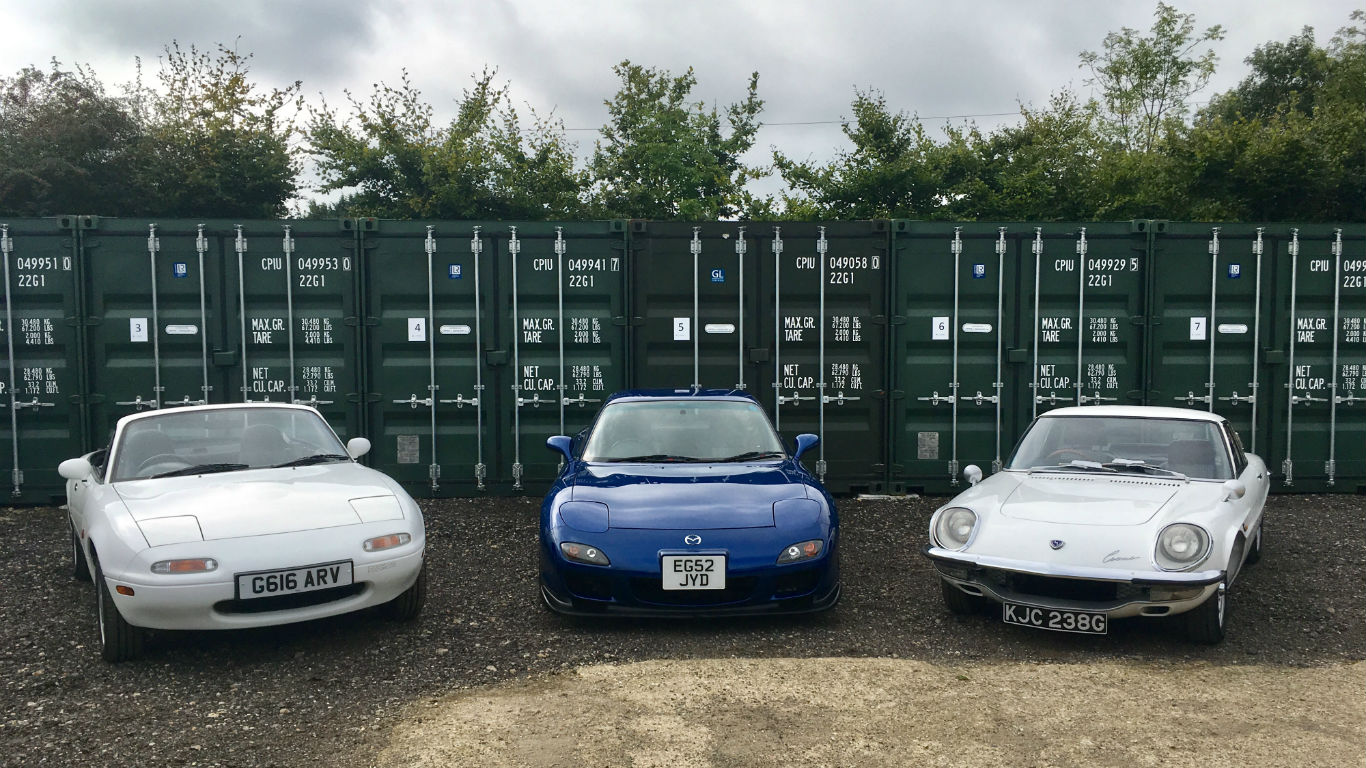 All-conquering MX-5 aside, Mazda isn’t a marque you’d readily associate with sports cars. But, dear reader, you’d be wrong, as a look around the firm’s UK heritage collection reveals.

Here, in spotless workshops also used by the Le Mans-winning Jota Sport racing team, you’ll discover some of the greatest go-faster Mazdas ever made: from a dainty 1969 Cosmo to a fast-and-furious RX-7 Bathurst. Not forgetting numerous MX-5s.

Scroll down for an exclusive guided tour. 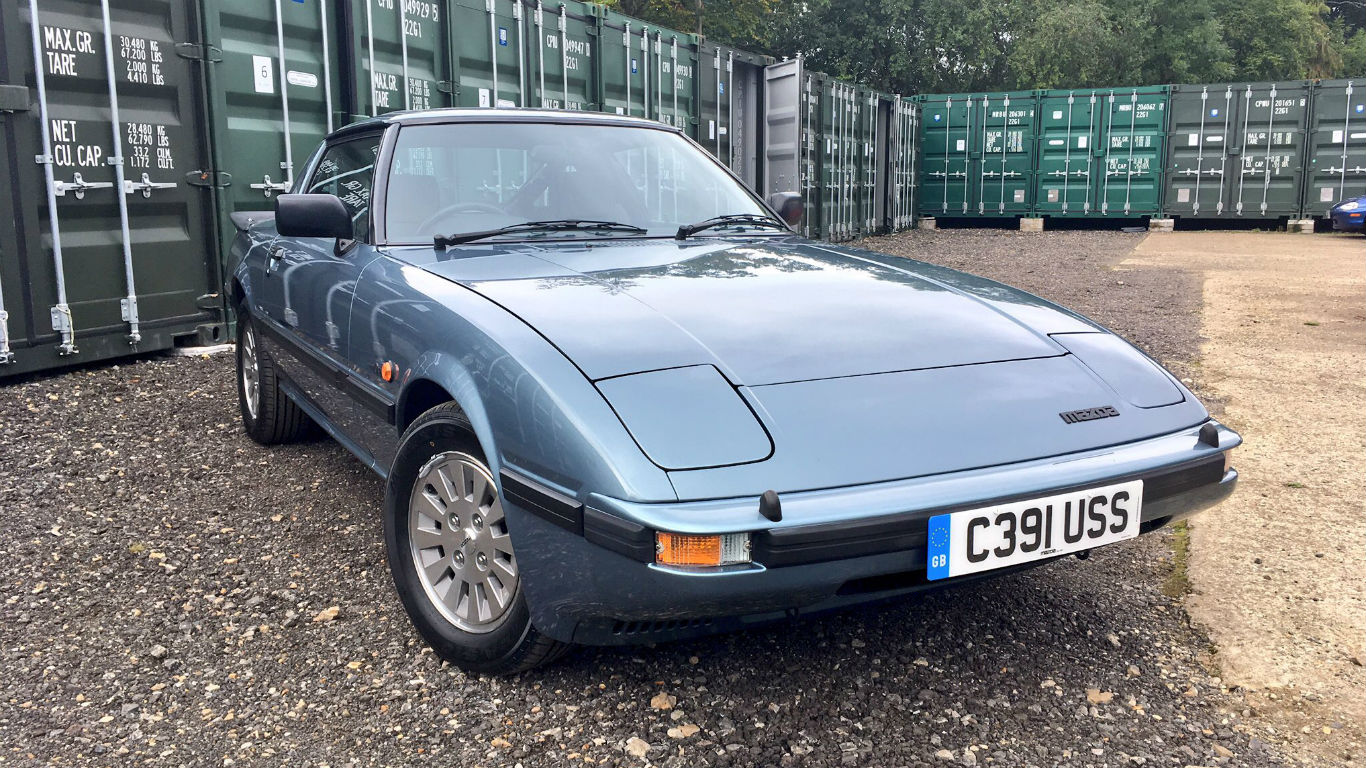 We’ve all seen used cars described as being in ‘as new’ condition, but this 1984 RX-7 really is. Owned by a Scottish Mazda dealer, it was put into storage – unregistered and unsold – when he lost the franchise.

It emerged 33 years later with just 49 miles on the clock and was sold back to Mazda. Since then, the car’s had an oil and coolant change, plus a new set of tyres and fresh brake pads, but is otherwise as it left Hiroshima. 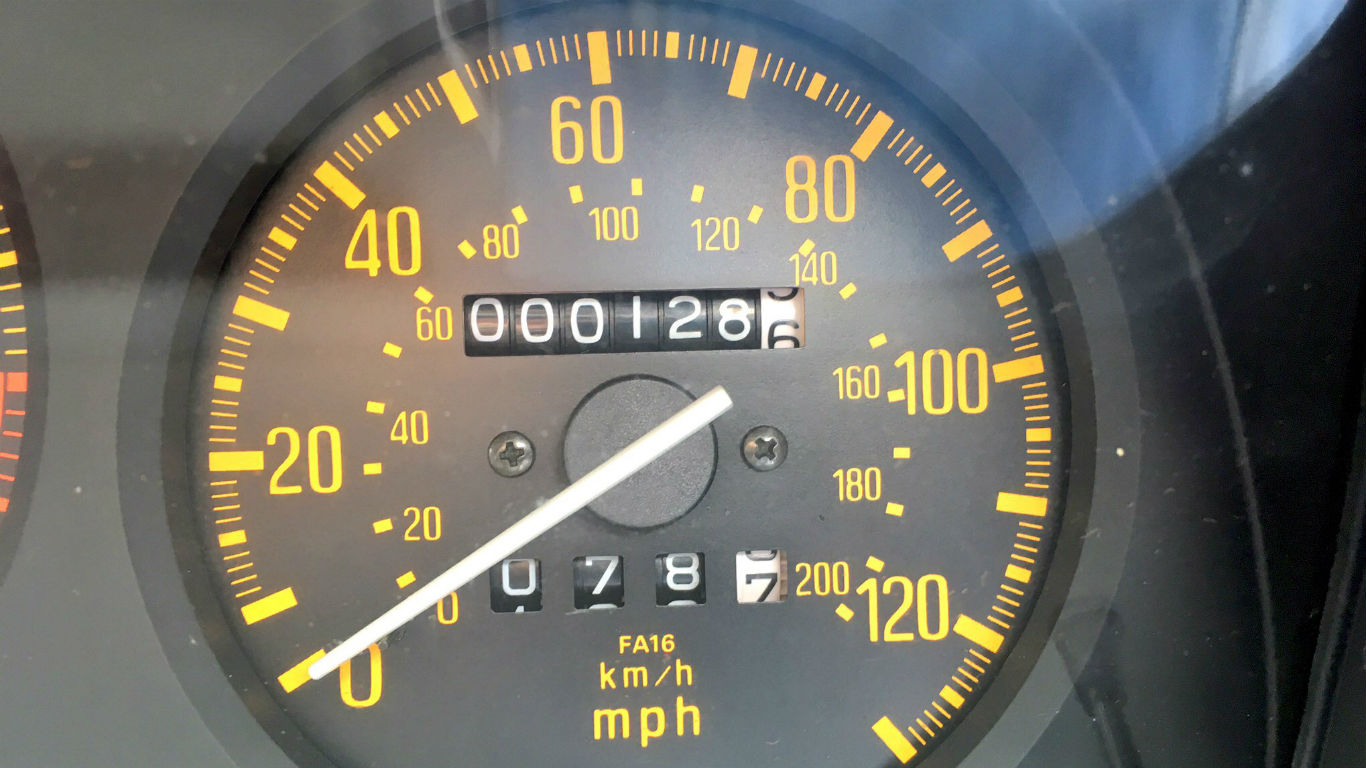 As well as a set of original brochures and as-yet-unstamped service record, this example boasts an AM/FM radio, electric mirrors and a heated rear window. 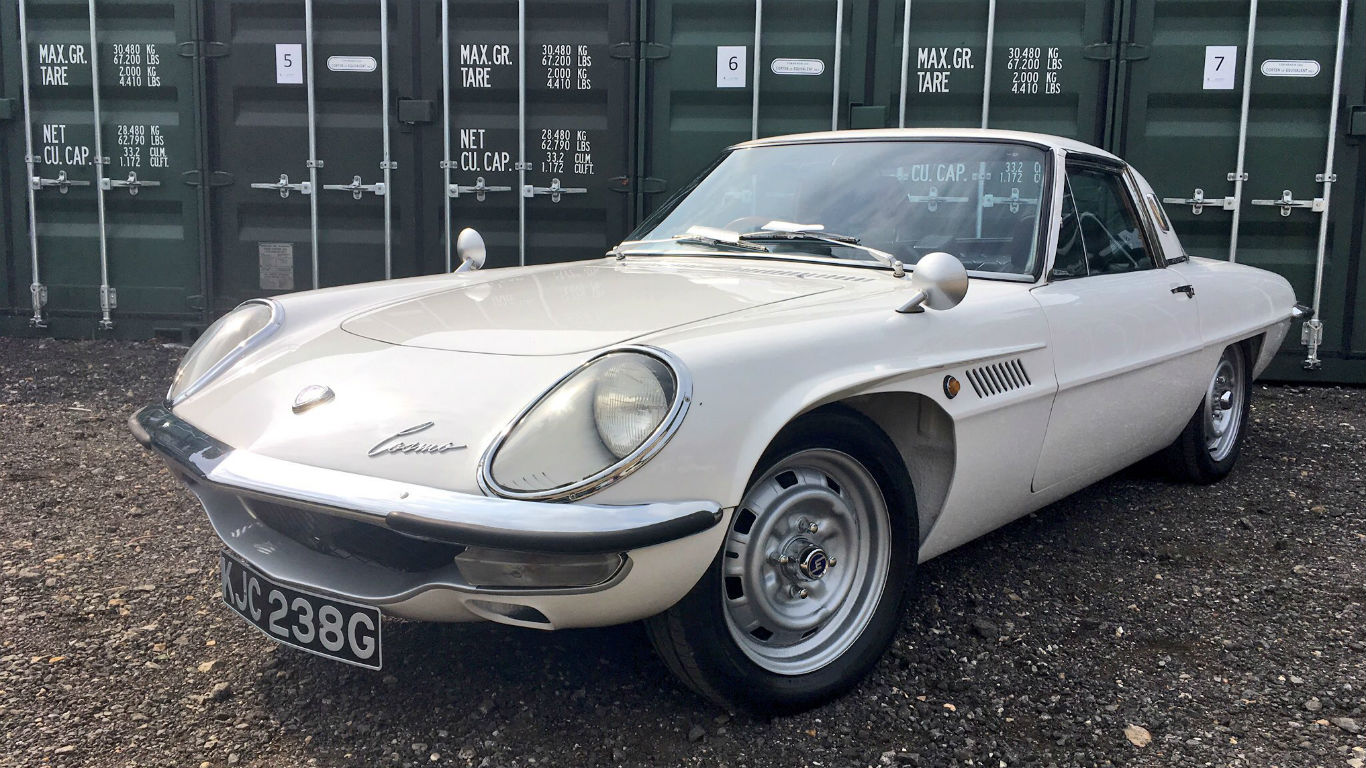 This is where it all began for Mazda’s long-running love affair with the Wankel rotary engine. Launched at the 1964 Tokyo Motor Show, the Cosmo had futuristic styling and a name inspired by space travel.

Its 982cc twin-rotor engine made 110hp (128hp in the 1969 Series II version here) and took the Cosmo to fourth place in the 1967 Marathon de la Route – an 84-hour endurance race around the Nurburgring. 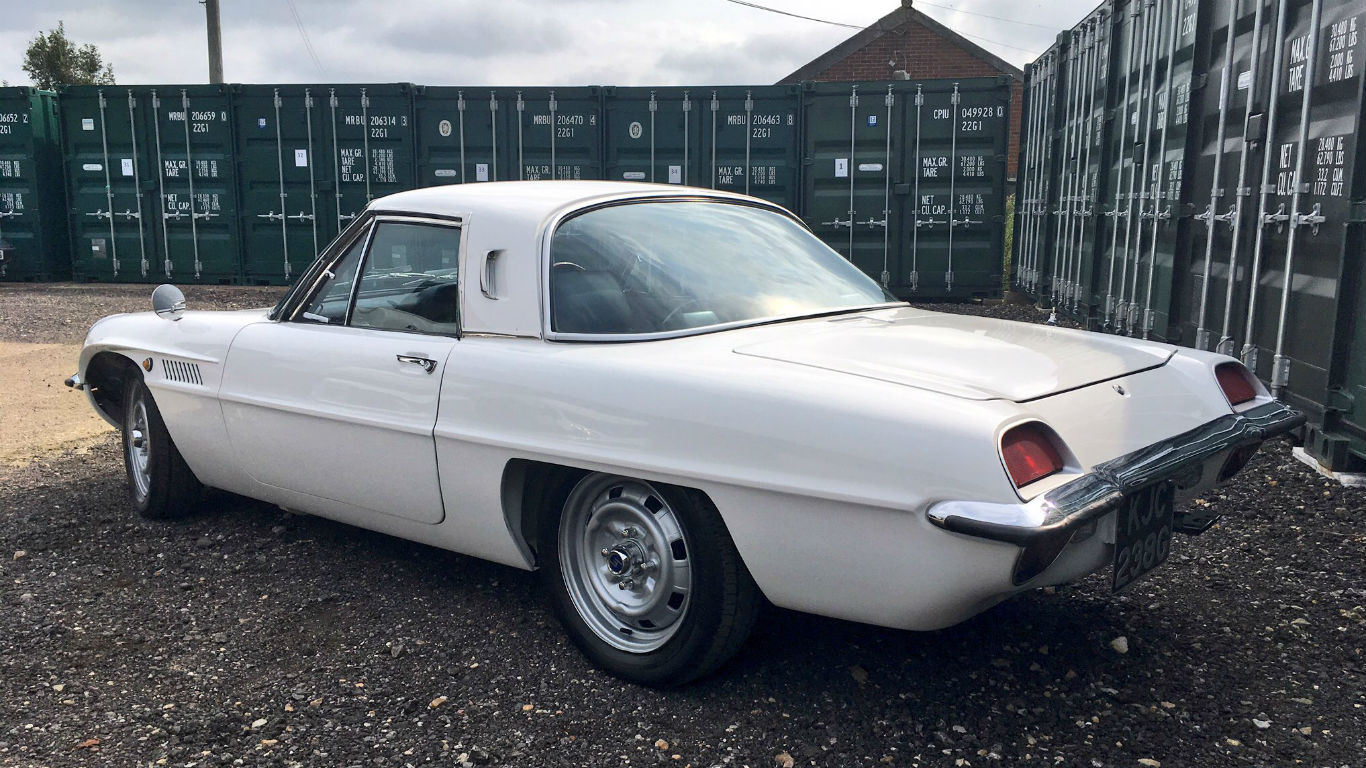 The 940kg Cosmo looks tiny in the metal, its wood-and-leather cockpit a tight squeeze for anyone over average height. A fly-off handbrake is located in front of the seat, while a spindly wand stirs the five-speed manual gearbox.

Just 1,176 examples of the Series II Cosmo were made and the car is very rare today. Mazda rightly describes this as the ‘flagship’ of its heritage fleet. 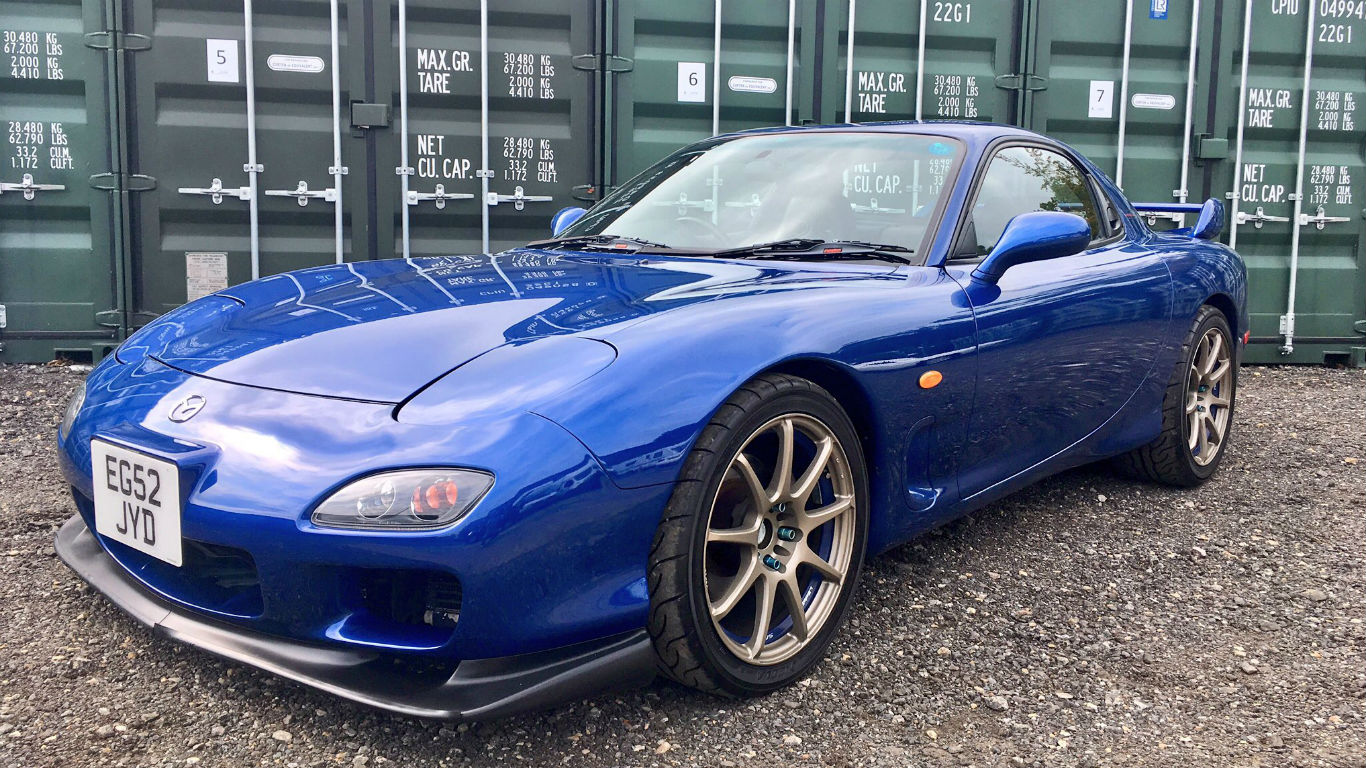 More rotary action comes in the shape of a third-generation ‘FD’ RX-7, one of the best-looking sports cars ever made.

This 2002 example is a bit special. A lightweight Bathurst edition, it was named after Australia’s most famous race circuit and only sold in Japan. Just 500 were made. 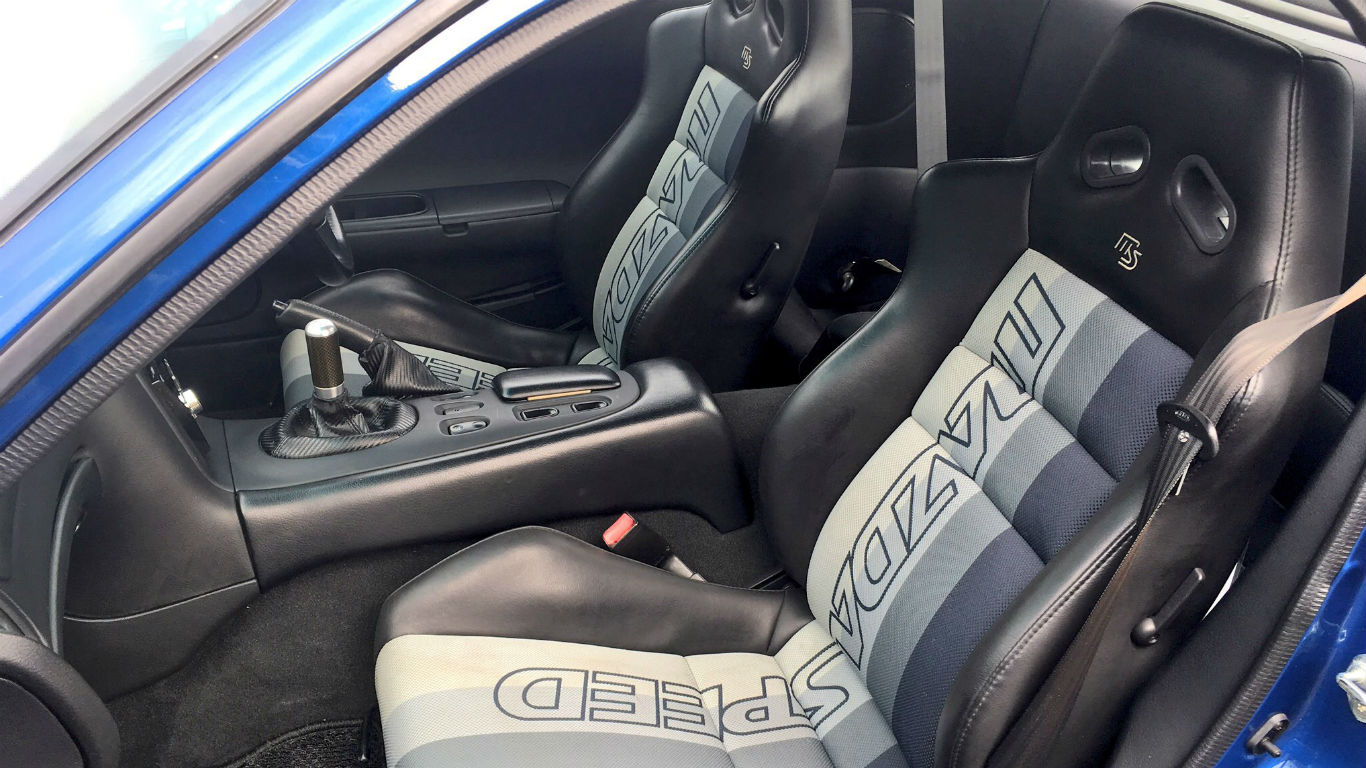 With 280hp from its twin-turbo 13B engine, the RX-7 will hit 62mph in 4.7 seconds and a VMax of 160mph. Chassis-stiffening front and rear strut braces were standard, but JDM fanboys will also spot numerous aftermarket mods. 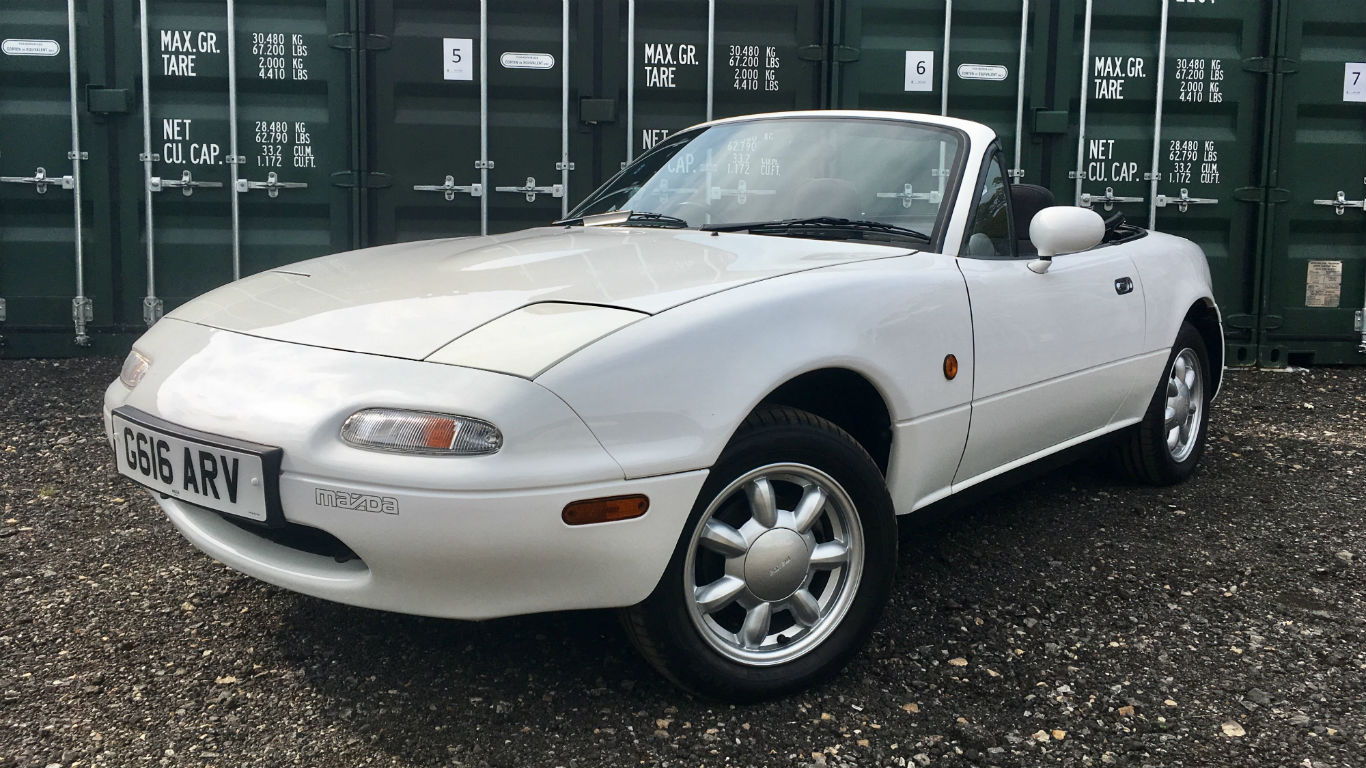 Brace yourself: here’s the first in a trio of special MX-5s. The world’s best-selling sports car was, famously, inspired by the original Lotus Elan and made its debut in America (where it was badged ‘Miata’) in 1989.

This is an early 1990 UK car – easily identified by the ‘Mazda’ sticker on the front bumper – and one of several Mk1 MX-5s on the heritage fleet. 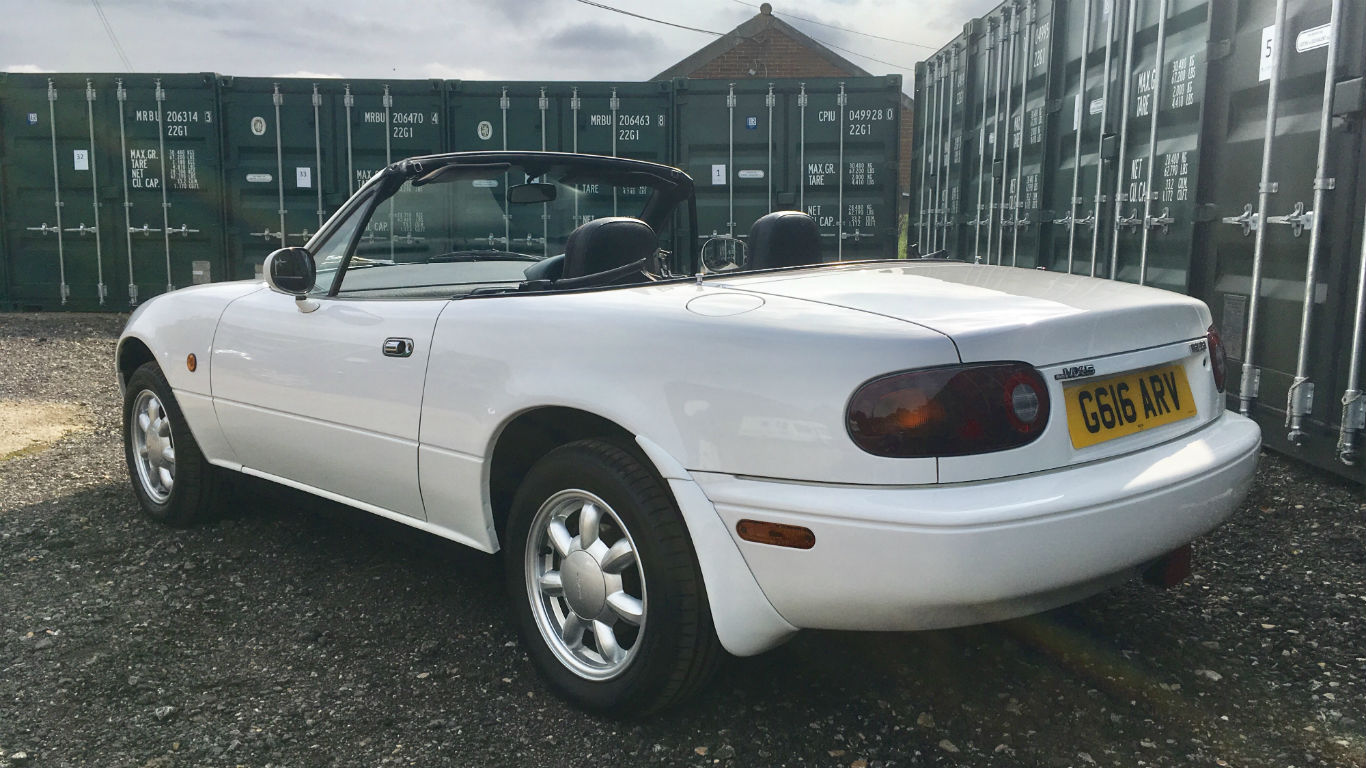 It has optional electric windows, but the hood – and the gearshift, naturally – are both manually operated. Pure, simple fun. 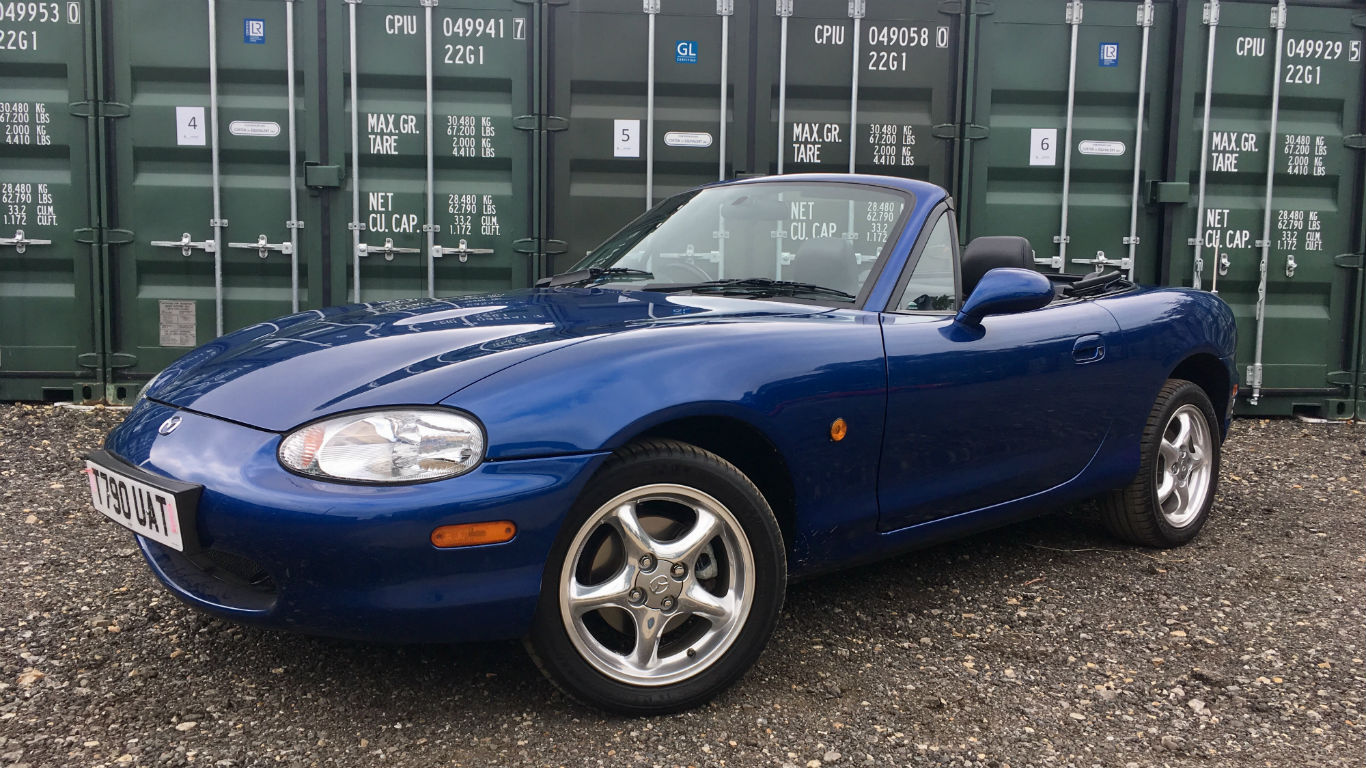 The second-generation MX-5 lacked the original’s pop-up headlights (made illegal in many countries by safety legislation), but was quicker, more refined and sharper to drive.

This is one of the not-very-limited 10th Anniversary editions, 7,500 of which were sold worldwide (600 in the UK). 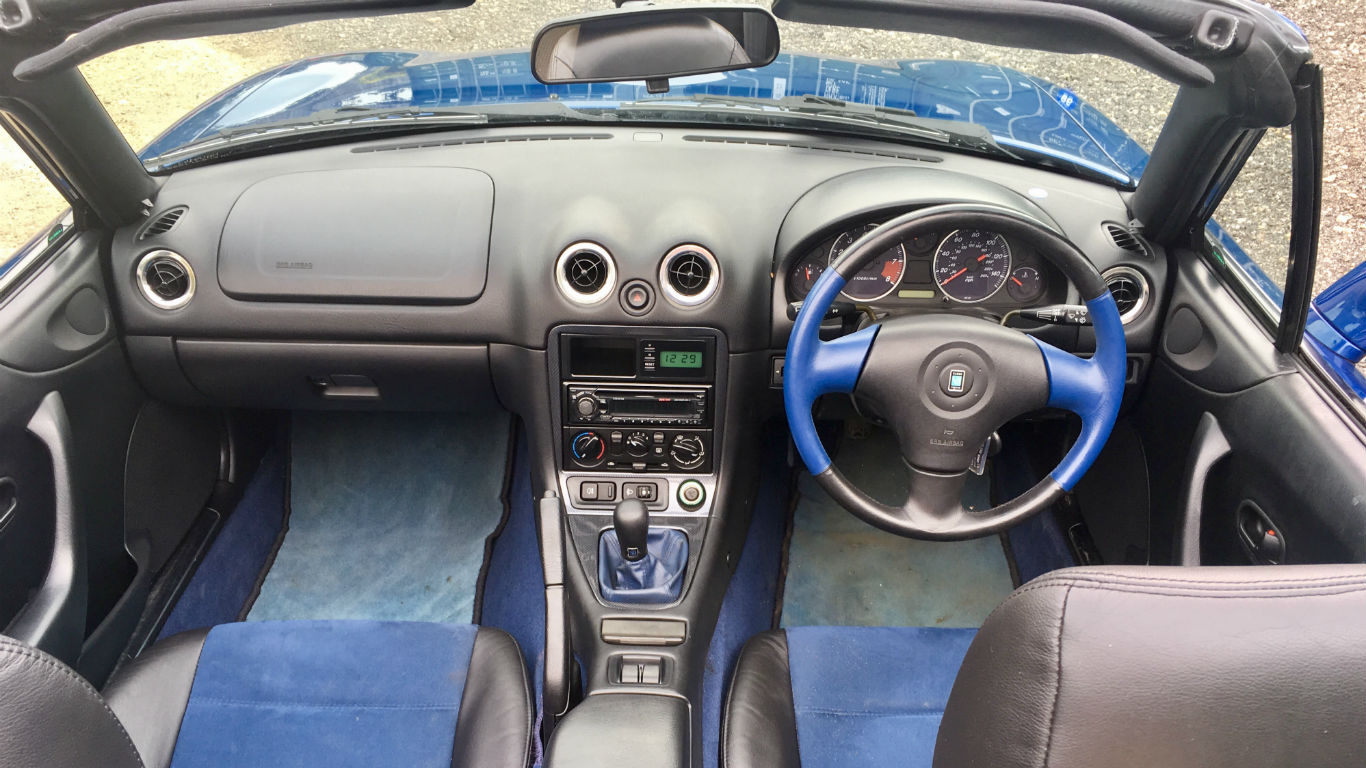 The 10th Anniversary is most significant as the first MX-5 to gain a six-speed gearbox, along with Bilstein shock absorbers and a front strut brace.

It also looked the part, with bright Blue Mica paint, buffed aluminium wheels and two-tone leather seats. Power from the 1.8-litre engine remained at 140hp, however.

Another anniversary MX-5 – now marking 25 years of Mazda’s much-loved sports car. By the time this version was launched in 2014, the MX-5 was into its third-generation.

Its styling was softer and so too was the driving experience. Thankfully, a power increase to 160hp more than offset the extra weight (now 1,115kg). 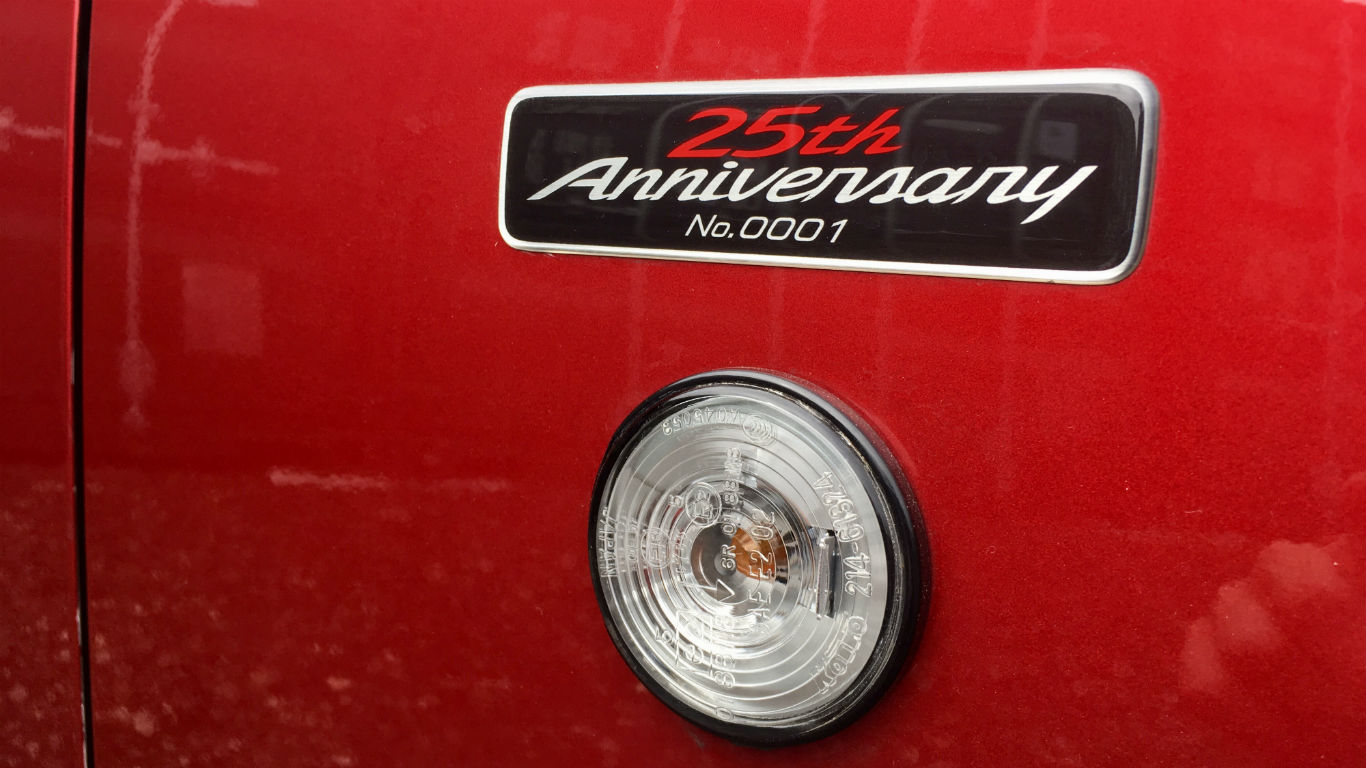 Finished in Mazda’s trademark Soul Red, this car has an electrically-folding hard-top – an innovation since replicated on the current MX-5 RF. 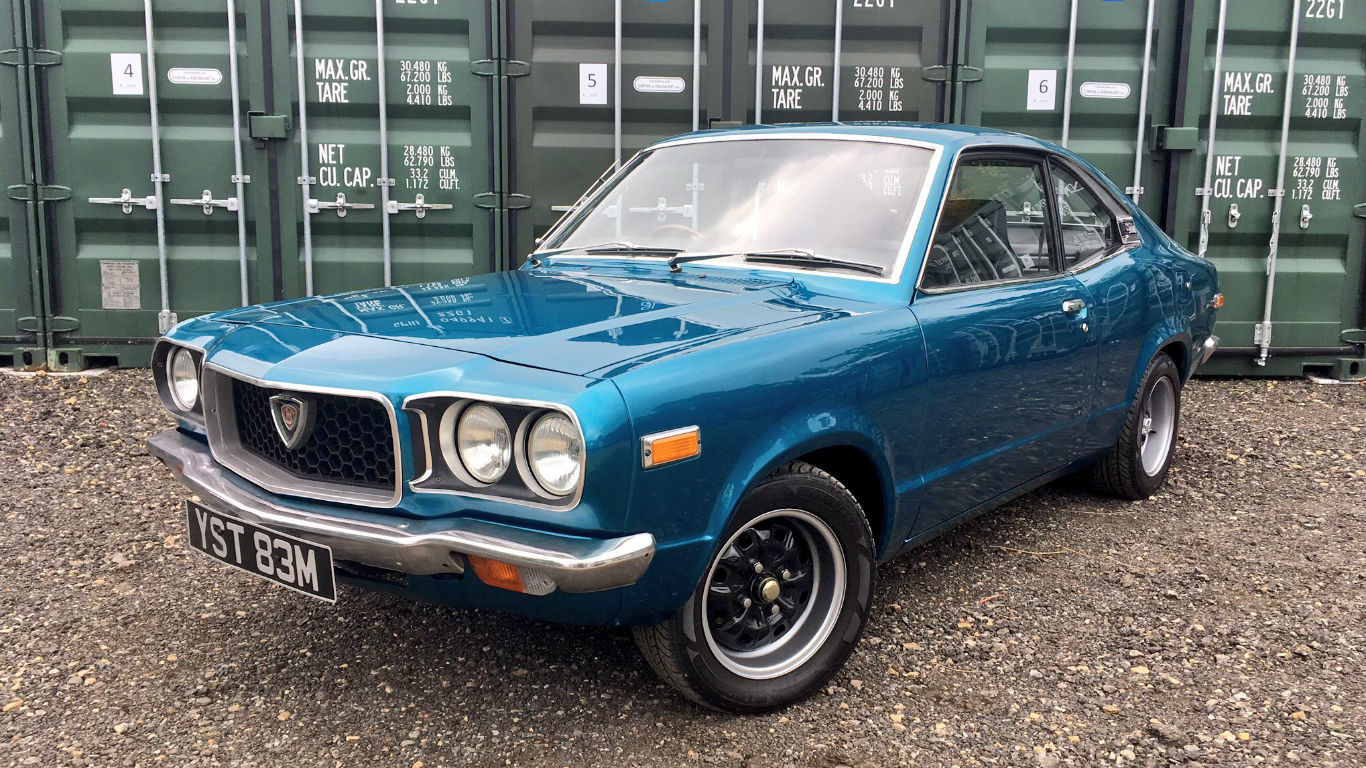 This is, by a country mile, the loudest car on Mazda’s heritage fleet. 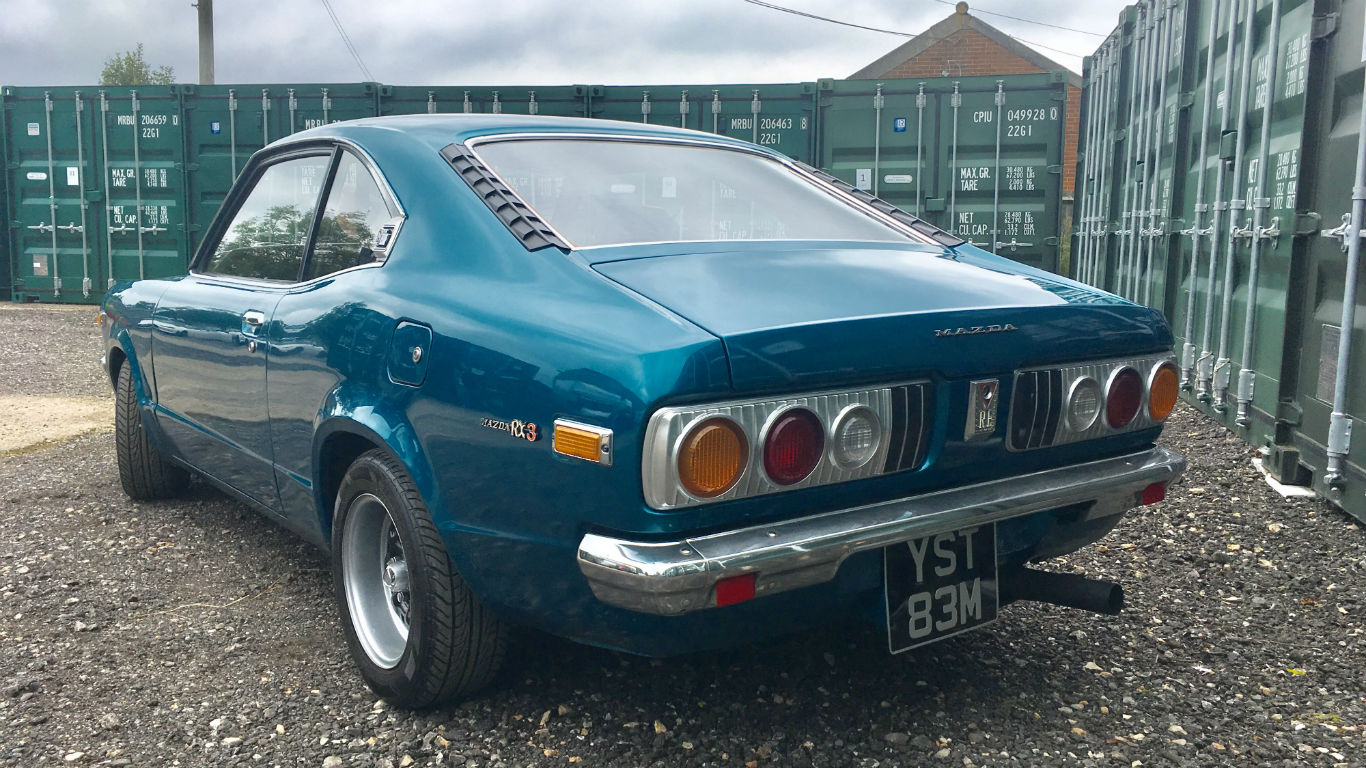 The RX-3 was sold in saloon, coupe and estate body styles.

Just a handful remain in the UK, but it has become a cult car in Australia and New Zealand – particularly on the Japanese tuning scene. It’s popular with club racers, too. 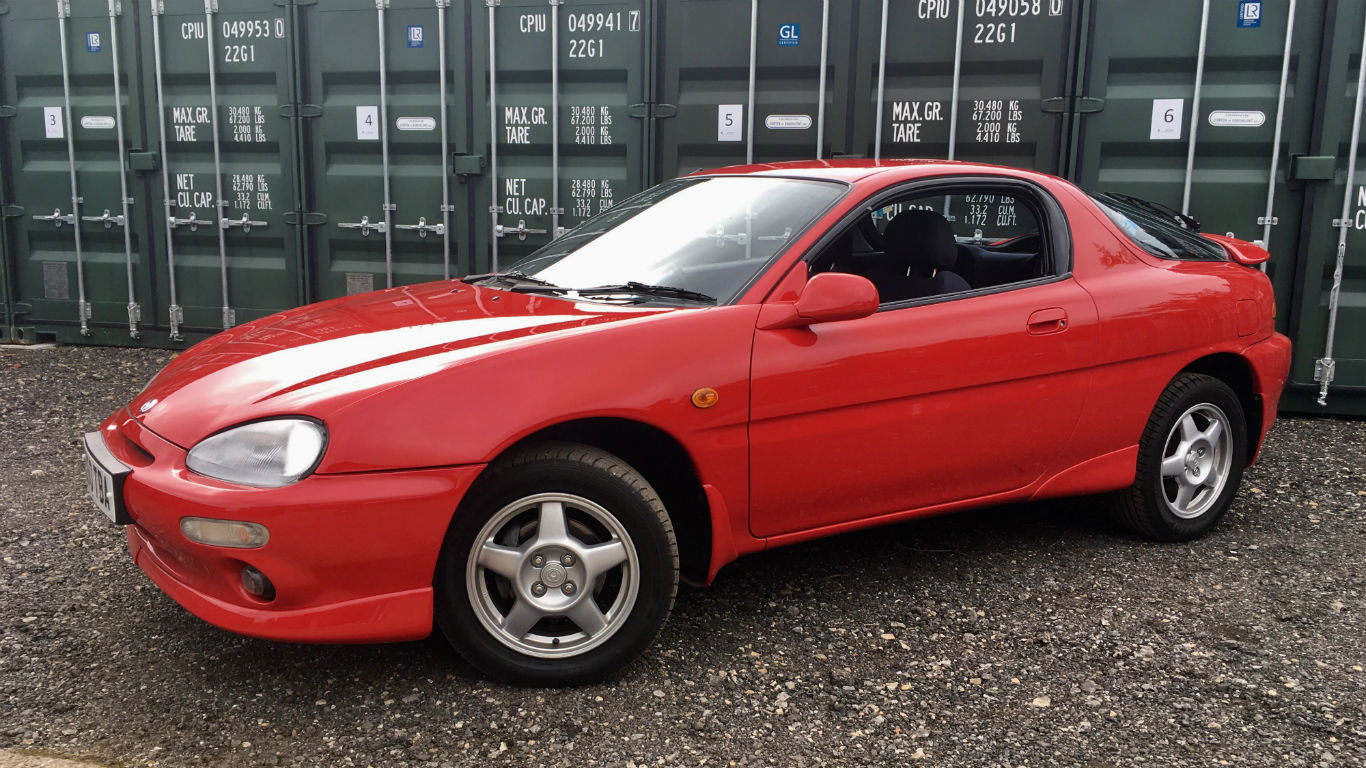 Pert styling, a supermini-sized footprint and a revvy 130hp 1.8-litre V6 engine. What’s not to like? Well, maybe the 28mpg thirst, but we’ll gloss over that.

You can question whether the MX-3 V6 is really a sports car, but there’s no doubt it’s one of the most interesting machines in Mazda’s growing collection. 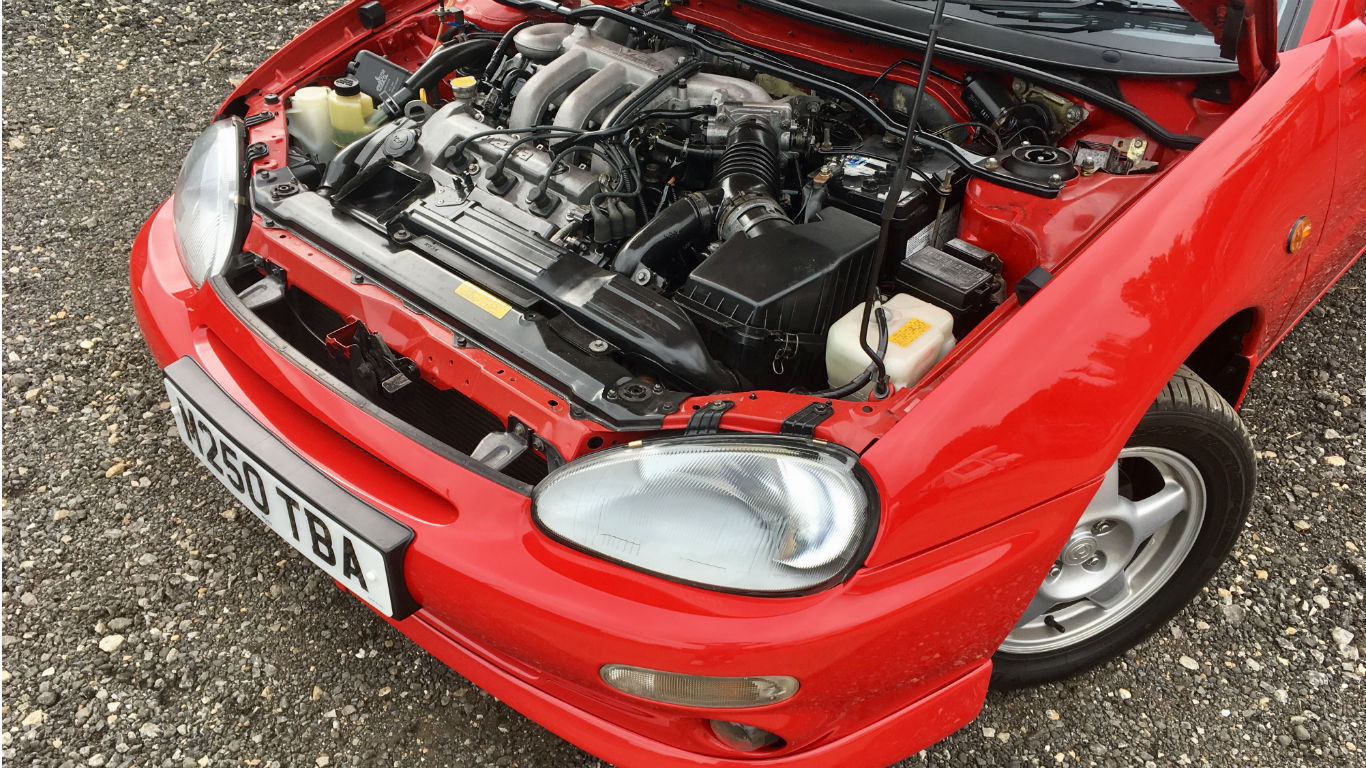 This car had one owner for 18 years and remains in wonderfully original condition.

Its ‘twin-trapezoidal link’ rear suspension is noteworthy: said to have a similar, agility-enhancing effect to rear-wheel steering. 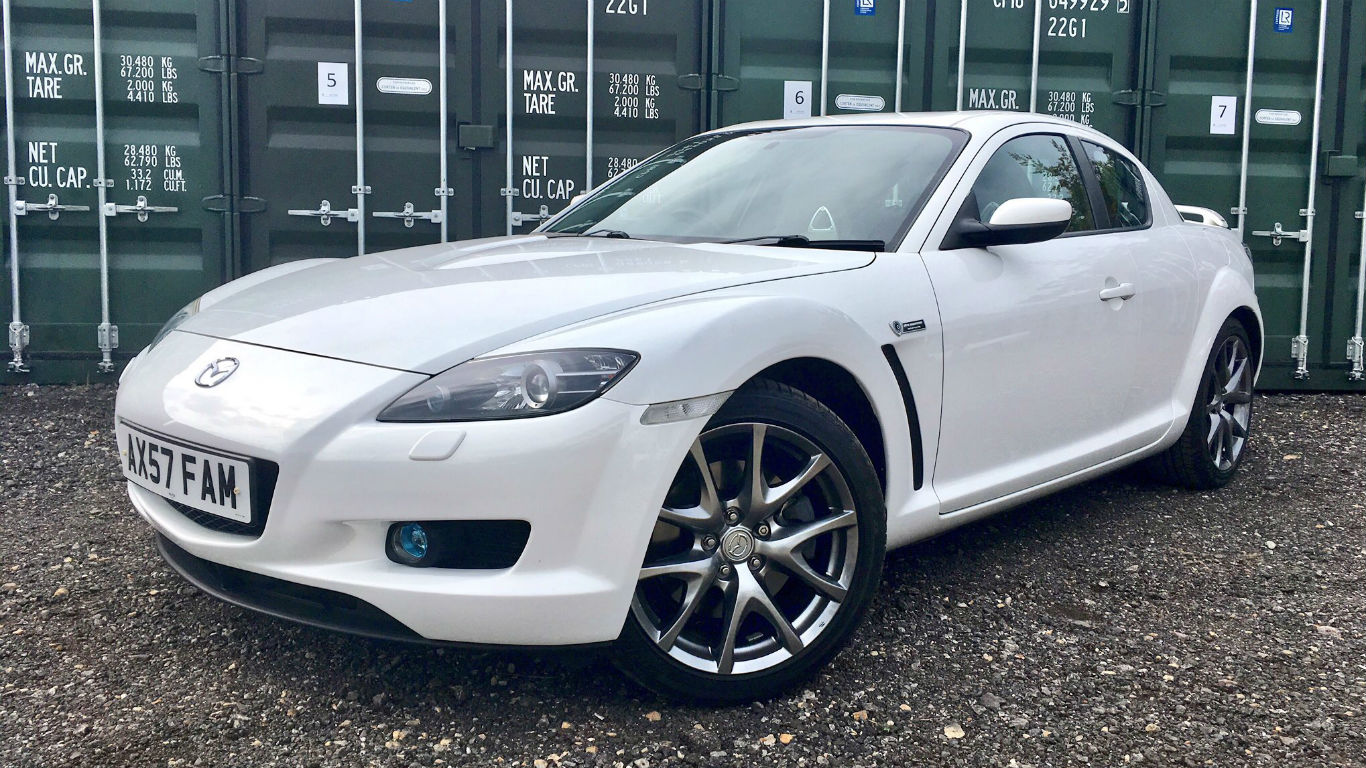 We end with Mazda’s most recent rotary-powered sports car: the idiosyncratic RX-8.

This is one of 400 numbered special editions marking 40 years since the launch of the Cosmo Sport 110S, all with 18-inch alloys, leather/Alcantara trim and a bespoke rear spoiler. 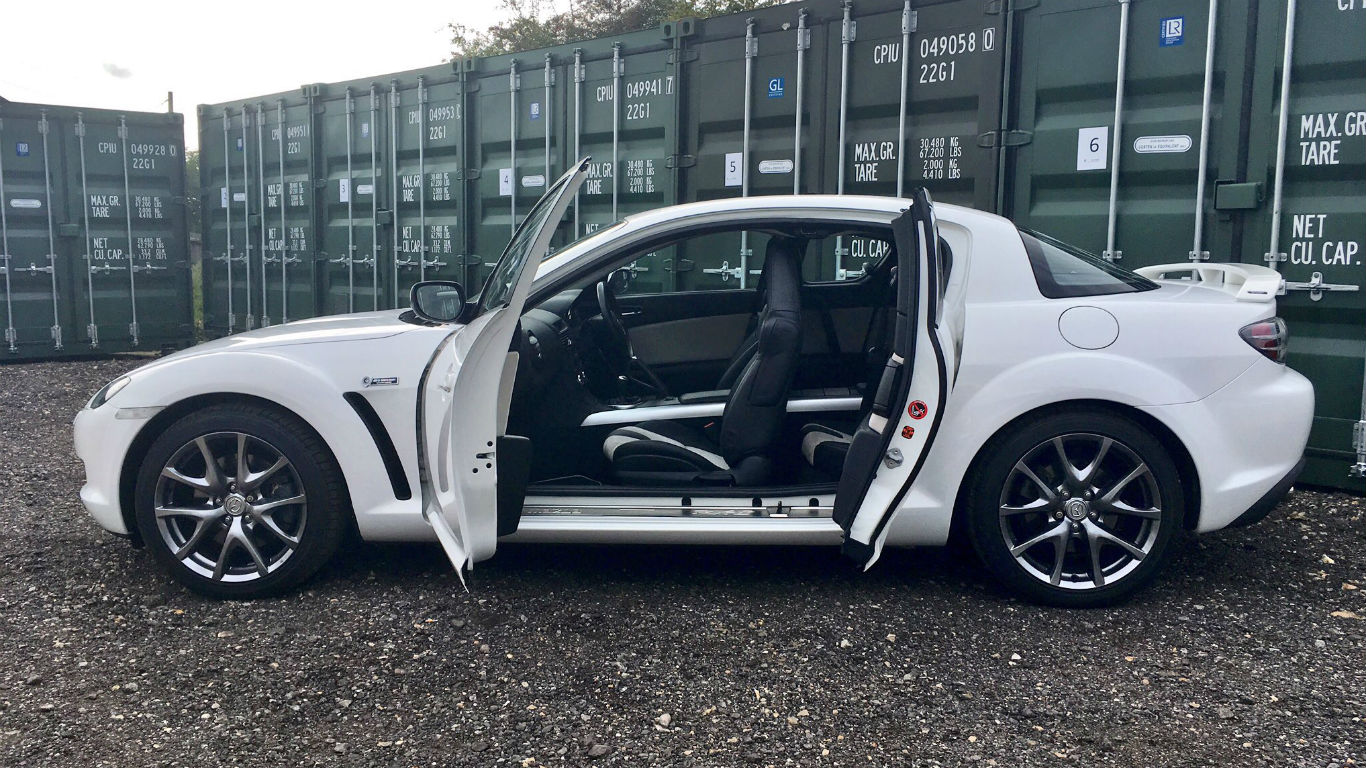 With peak power of 221hp at a heady 8,200rpm, the RX-8 offers a driving experience like little else.

Roadster love: a brief history of the Mazda MX-5

Kia will be hoping the kids are alright as it launches a campaign featuring an all-child cast to raise awareness of its electric car credentials.
Read more

New Porsche website lets you design your own car wrap

Porsche has launched a 'Second Skin' online tool that allows you to see your chosen car in classic motorsport livery – then have it made.
Read more

Volkswagen electrifies the Golf. Will the e-Golf electrify the EV sector?
Read more

Clarkson, Hammond and May: Cars of The Grand Tour series 3

As we approach the end of the current series of The Grand Tour, we take a look back at the cars you have been watching in season three
Read more