As Alan Partridge returns to the BBC, we take a look at some of the cars driven by the host of This Time – including his new Vauxhall Insignia Grand Sport. 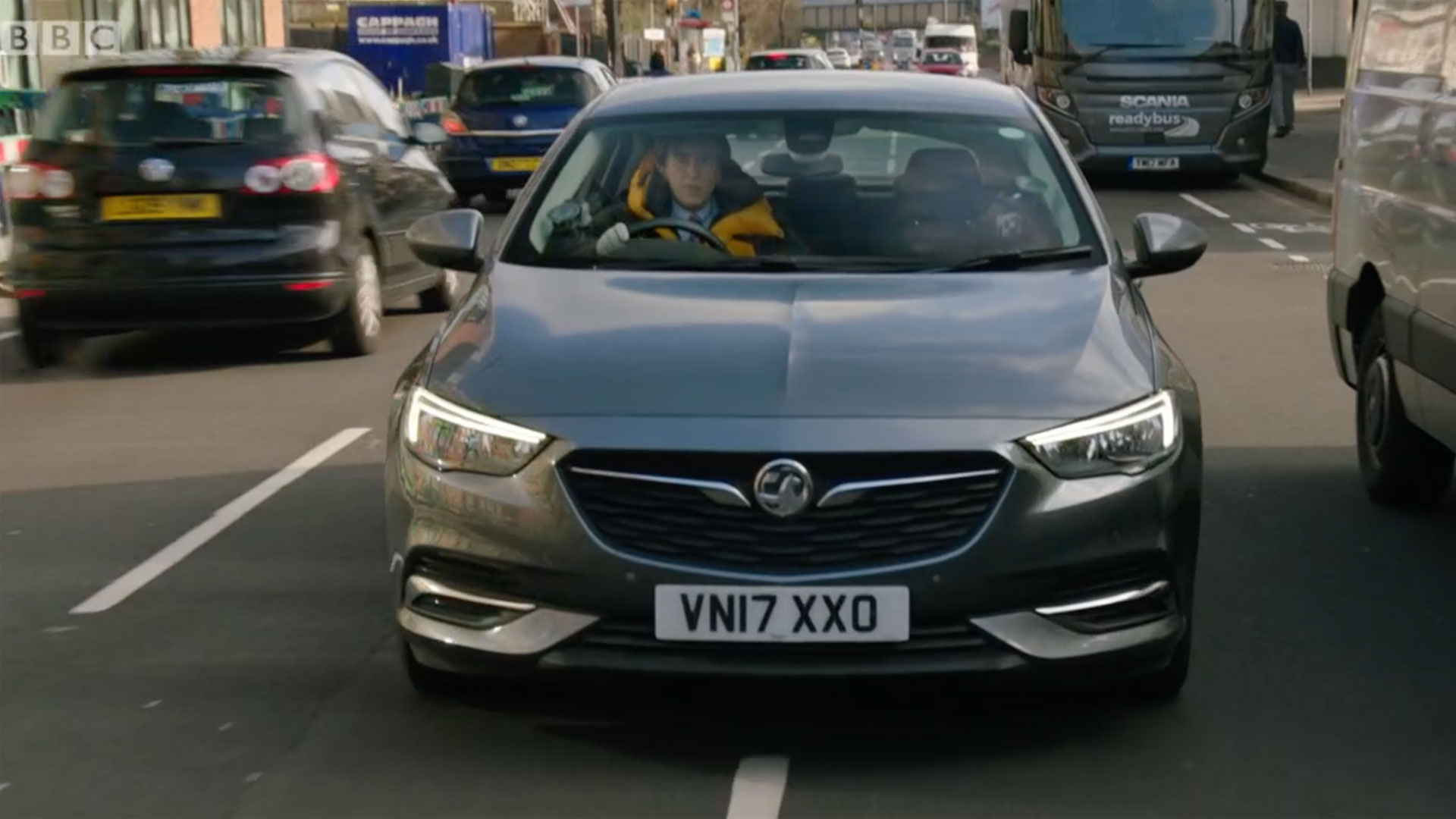 Alan Partridge is back, hosting a new podcast called From The Oasthouse. In it, he shares his thoughts on dating (“As an ice breaker, as we sit down to dinner, I might say, if it’s a very ornate place: ‘Who designed this place? Genghis Khan?’ Or if it’s austere, ‘Who designed this place? Oliver Cromwell?’”), his dislike of rave culture (“I have a problem with kids meeting in service station car parks to go to a secret rave. You’re getting in people’s way”) and his heroes (“Milk Tray man or George Lazenby as Bond”).

To celebrate his return, we’re looking back at Alan’s car history, from a “ruddy rubbish” supermini to the “Japanese Mercedes”. 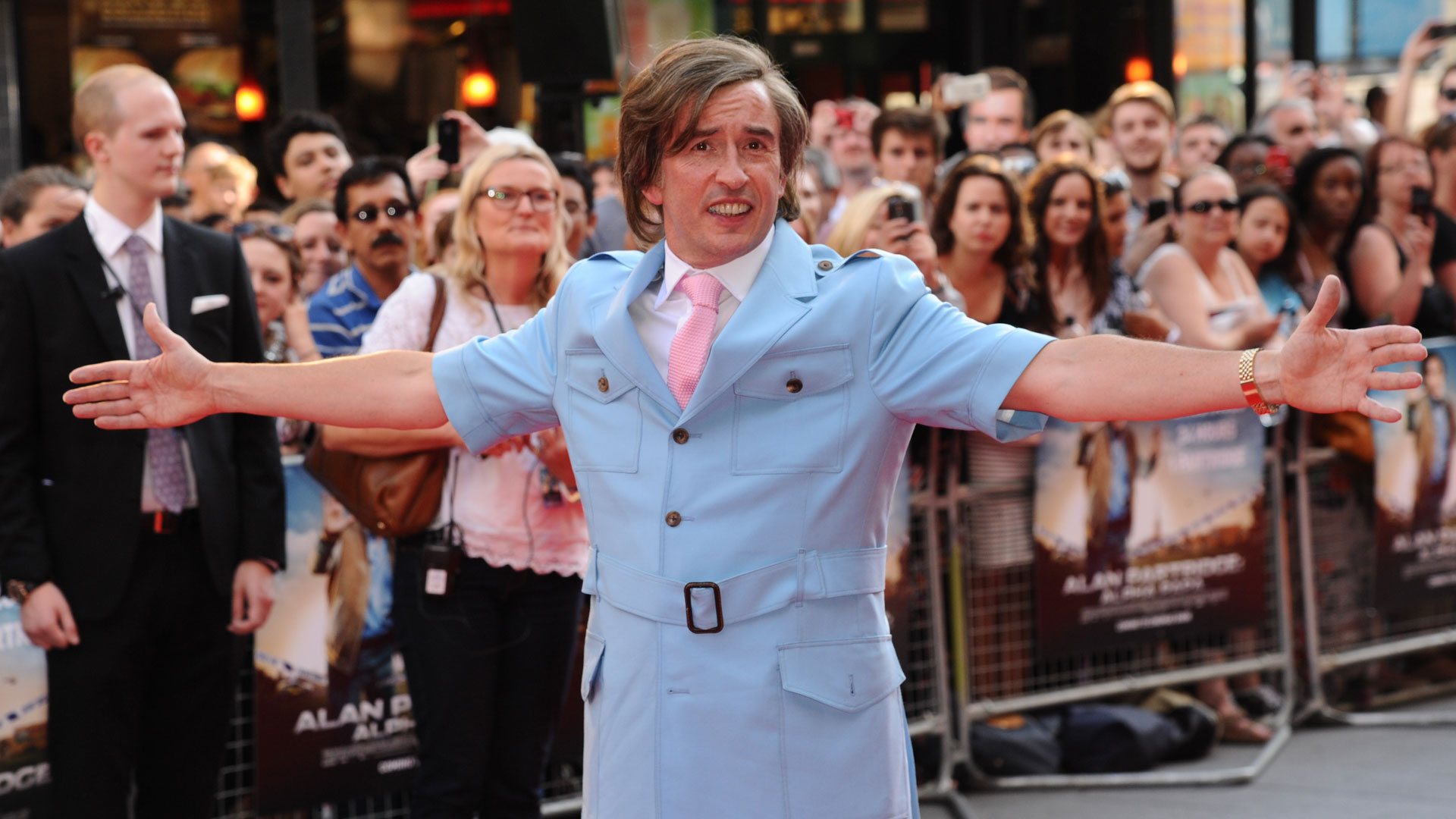 In an episode called Watership Alan, the TV and radio personality was on the phone to his ex-wife Carol when he asked if her new partner was still driving a Renault Megane. He then proceeds to open a copy of Top Gear before quoting a line from the magazine.

“With a mere 90bhp available, progress is too leisurely to be called fast, but on the motorway in fifth gear, the Megane’s slow pace really becomes a pain. Uphill runs become power-sappingly mundane, while overtaking National Express coaches can become a long, drawn-out affair.

“Not my words, Carol. The words of Top Gear magazine.”

Knowing me, knowing you, knowing how much Alan Partridge loves to quote car magazines, here’s his life in cars, with each vehicle supported by a few words that have appeared in print or online. A-ha! 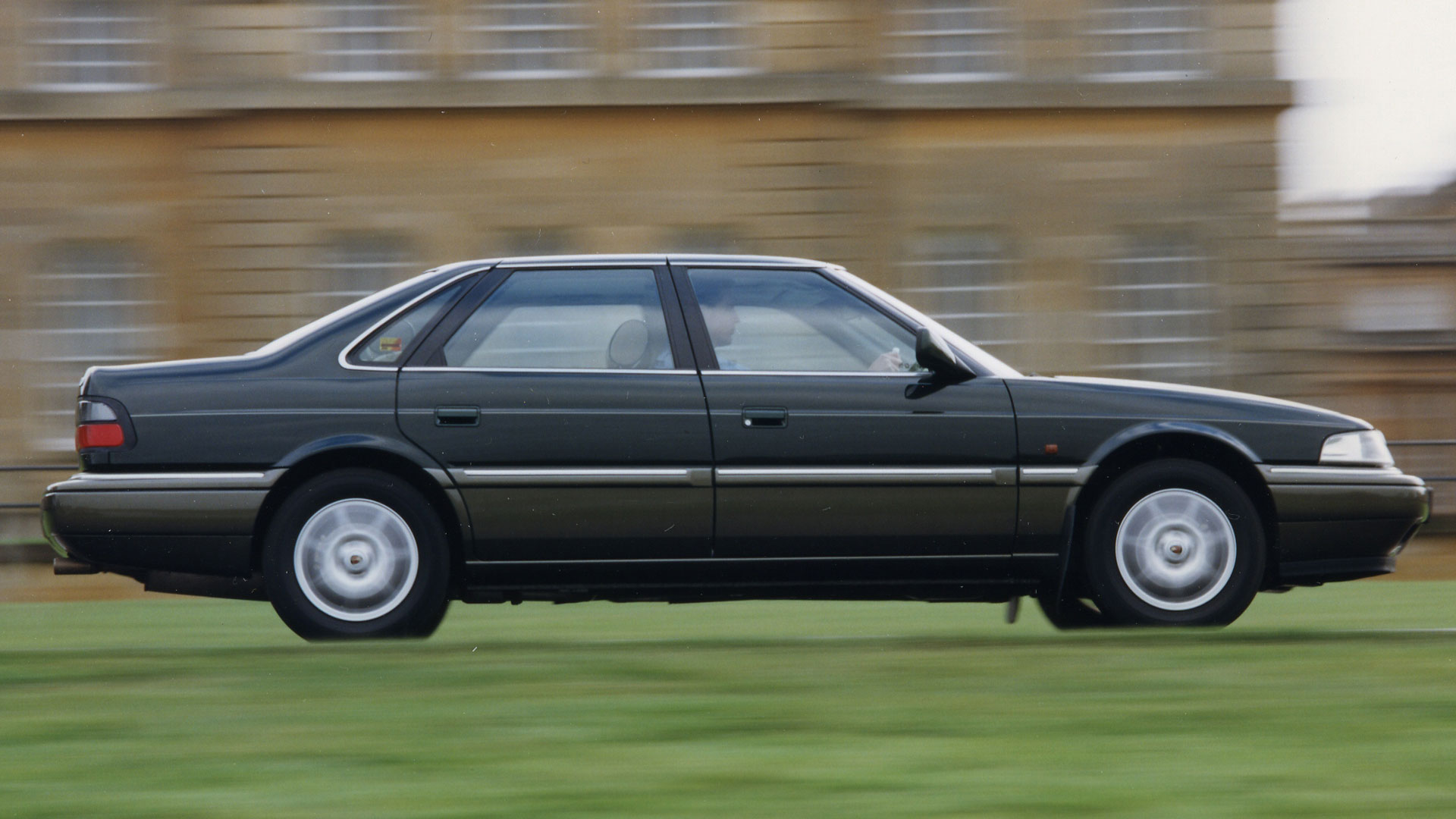 Arguably Alan Partridge’s most famous car, his beloved Rover 825 appeared in I’m Alan Partridge. Most people will remember it for the ‘COOK PASS BABTRIDGE’ graffiti.

“Aimed squarely at the executive market, Austin Rover’s new 800 range faces some strong opposition. Mid-point in the range is the 825i, powered by Honda’s most sophisticated road engine yet.”

“Despite its luxury big car status, the Rover 825i is surprisingly nimble and feels very much a driver’s car – a point which becomes fairly obvious as soon as it’s hustled through a corner at speed.”

Not our words, Carol. The words of Autocar magazine. 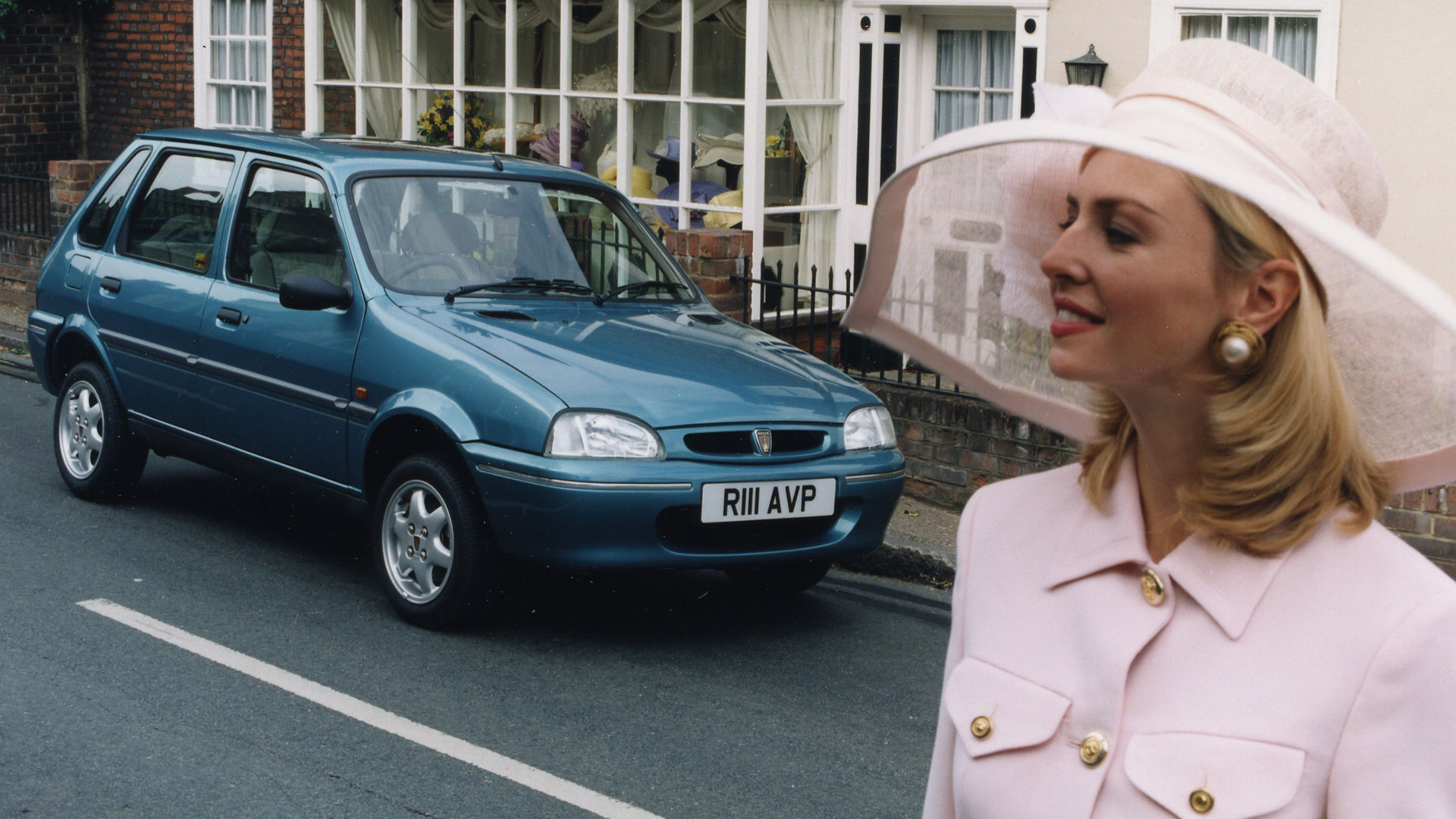 When Alan was forced into making cutbacks, his PA Lynn suggested he should buy a new Metro. “I’m not driving a Mini Metro,” he said repeatedly before Lynn mentioned that it’s called a Rover Metro now.

“They’ve rebadged it, you fool,” he cried. Quite.

“The Metro is not a clean-sheet design, but it’s a lot more than a facelift of the old car. Graft on new Euro-style ends (neat but unimaginative), replace the outmoded pushrod engine with a new K-series, add a Peugeot-derived five-speed gearbox… and you have the makings of the new Metro.”

“Judged from the front, the Metro sweeps into the lead on comfort. It has the most supportive seats (heavily side-bolstered on the S), and smooth, big-car suspension, giving a ride that’s free from harshness and bounce.”

Not our words, Carol. The words of Car magazine. 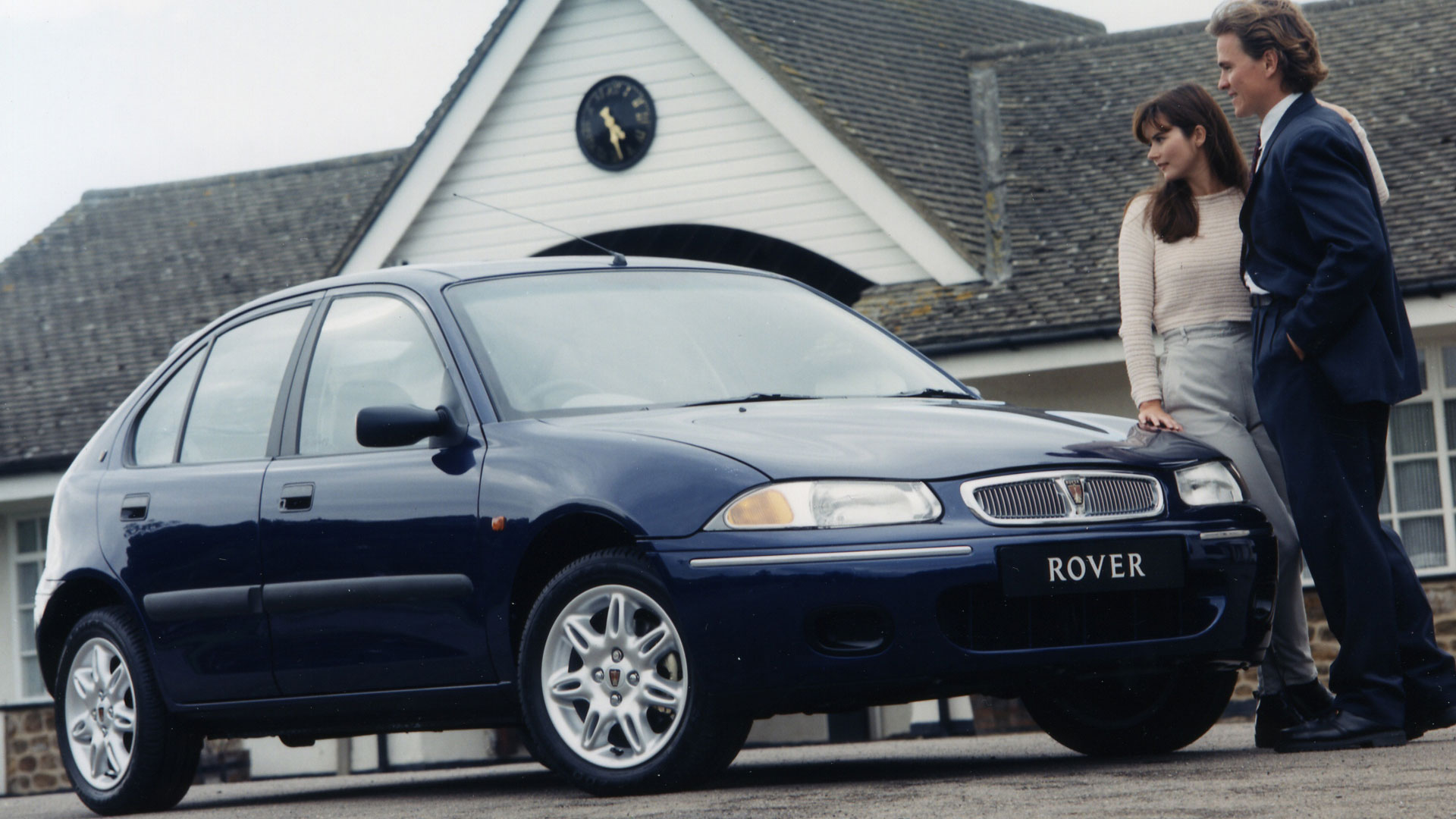 “Well, Alan, if you want to drive a Rover 200 you’re going to have to sack everyone at Pear Tree Productions,” warned Lynn. This included lovely Jill, although not before Alan had taken her to the owl sanctuary in his Rover.

“The new Rover 200 has charisma aplenty. But the new 200 isn’t just pretty and it isn’t just cute. It’s much, much more than that. To put it rather grandly, it is a defining moment in Rover’s history.”

“Rover [has] created an entirely new market segment: the super supermini. Dimensionally challenged or not. The new 200 is a little burster.”

“Not our words, Carol. The words of Quentin Willson. 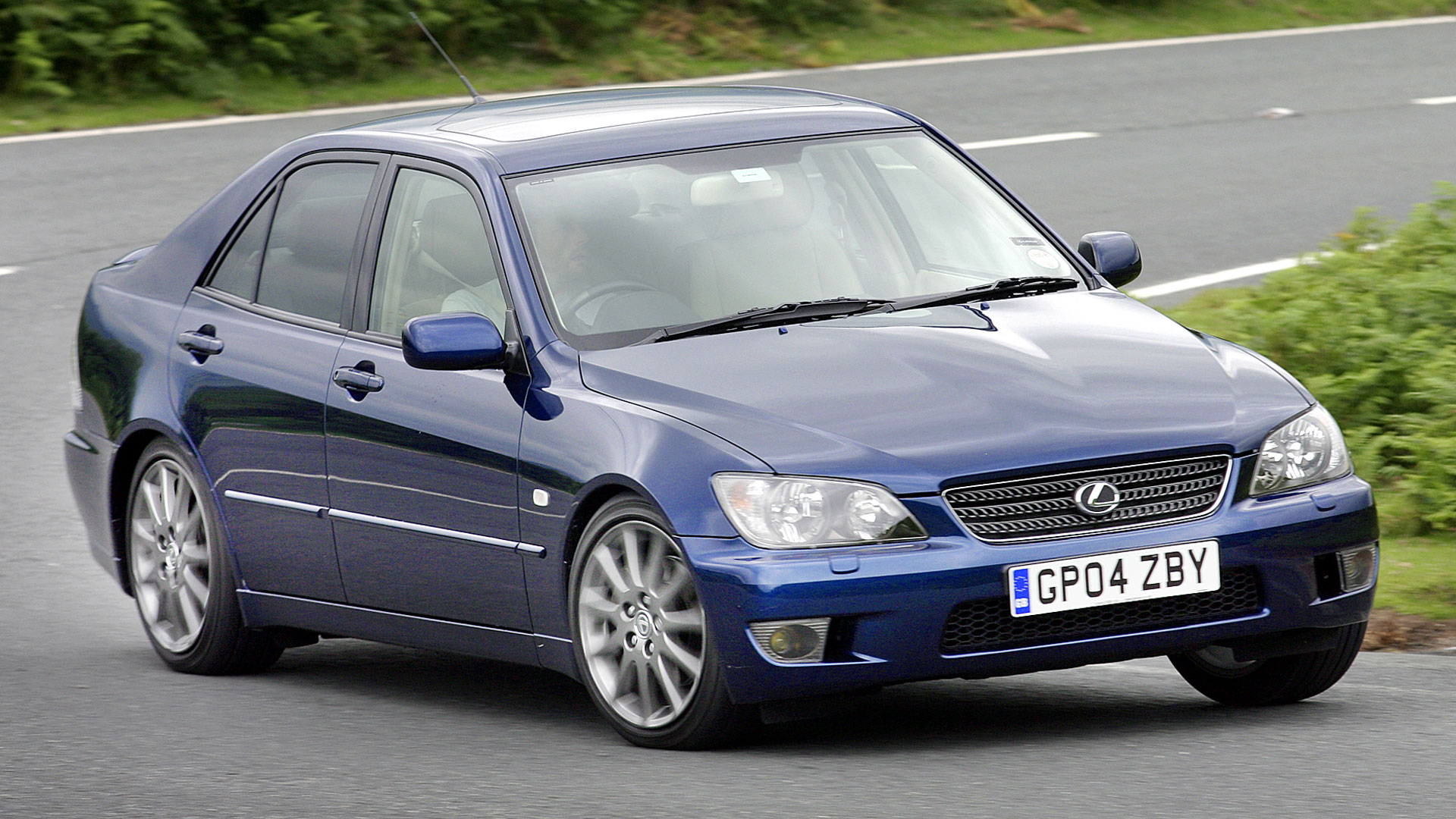 “I always have a thing I say about Lexus, it’s like the Japanese Mercedes”, Alan says to Dan, Dan, Dan, who responds by saying Mercedes drivers are saaaaaad.

“An optional DVD-based satellite navigation system holds 13 times as much data as rival CD-based systems. For the fact-obsessed Nick Hornby-era man, this could just tip the balance.”

“Spend some time with the car and you’ll appreciate the clever detailing, the still-fresh styling and the way the gearbox slurs more smoothly than Des Lynam after one too many single malts.”

Not our words, Carol. The words of the RAC. 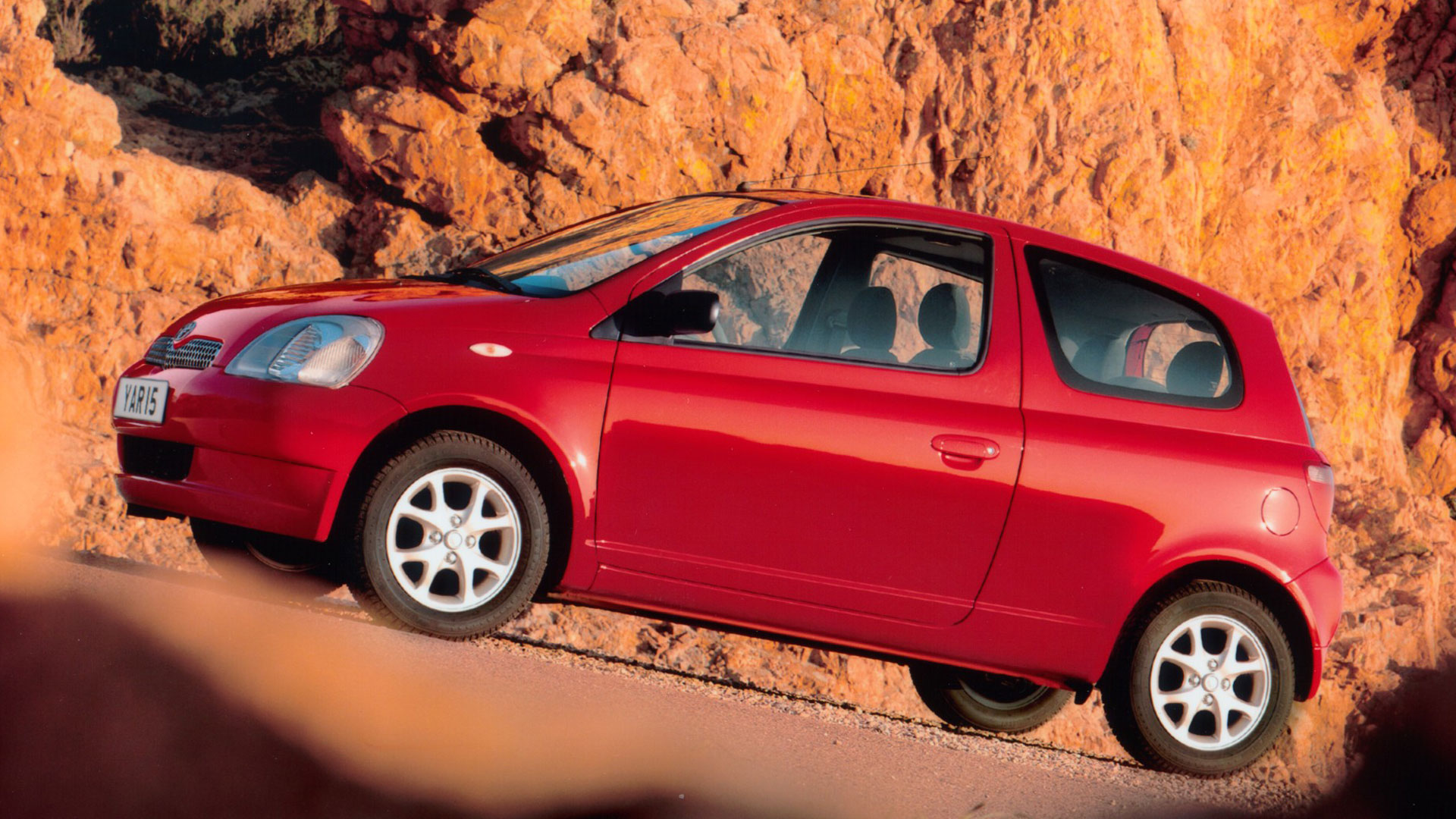 When Alan’s Lexus is in the garage for some work, he’s given a Toyota Yaris as a courtesy car. Having stalled it at a junction he describes it as a “ruddy rubbish car”.

“Like a Formula One car takes to the track, a duck to water, and a footballer to recreational drugs, the little Yaris takes to the city streets as if it was born there.”

Not our words, Carol. The words of Richard Hammond. 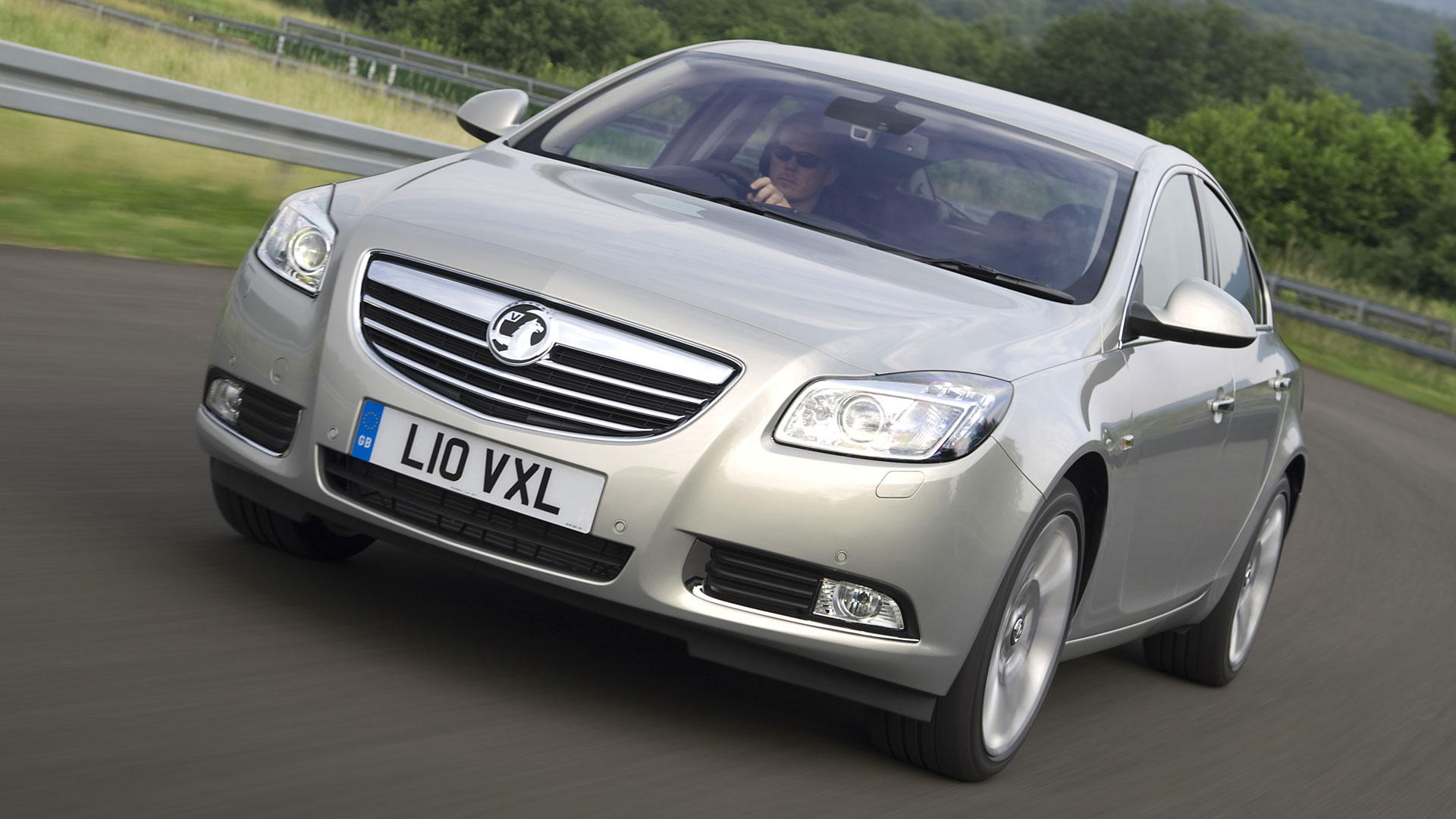 In 2012, Norfolk’s most famous person – after Delia Smith, Bernard Matthews and Jake Humphrey – took us on a tour of the county in Alan Partridge: Welcome to the Places of My Life. The Lexus had been replaced by a Vauxhall Insignia.

“Firstly, the proportions are perfect; so the overhangs are short, the wheels large, the bonnet long and sexy. The nose is bold, the sides set off by a deep sculpted feature called a blade.”

“Inside it’s the same. The cockpit is lovely. The dash has form and shape. It’s a delight on the eye. It feels upmarket thanks to carefully chosen materials and the way the dash flows seamlessly into the doors while the instruments seem to float on a pool of light.”

Not our words, Carol. The words of The Independent. 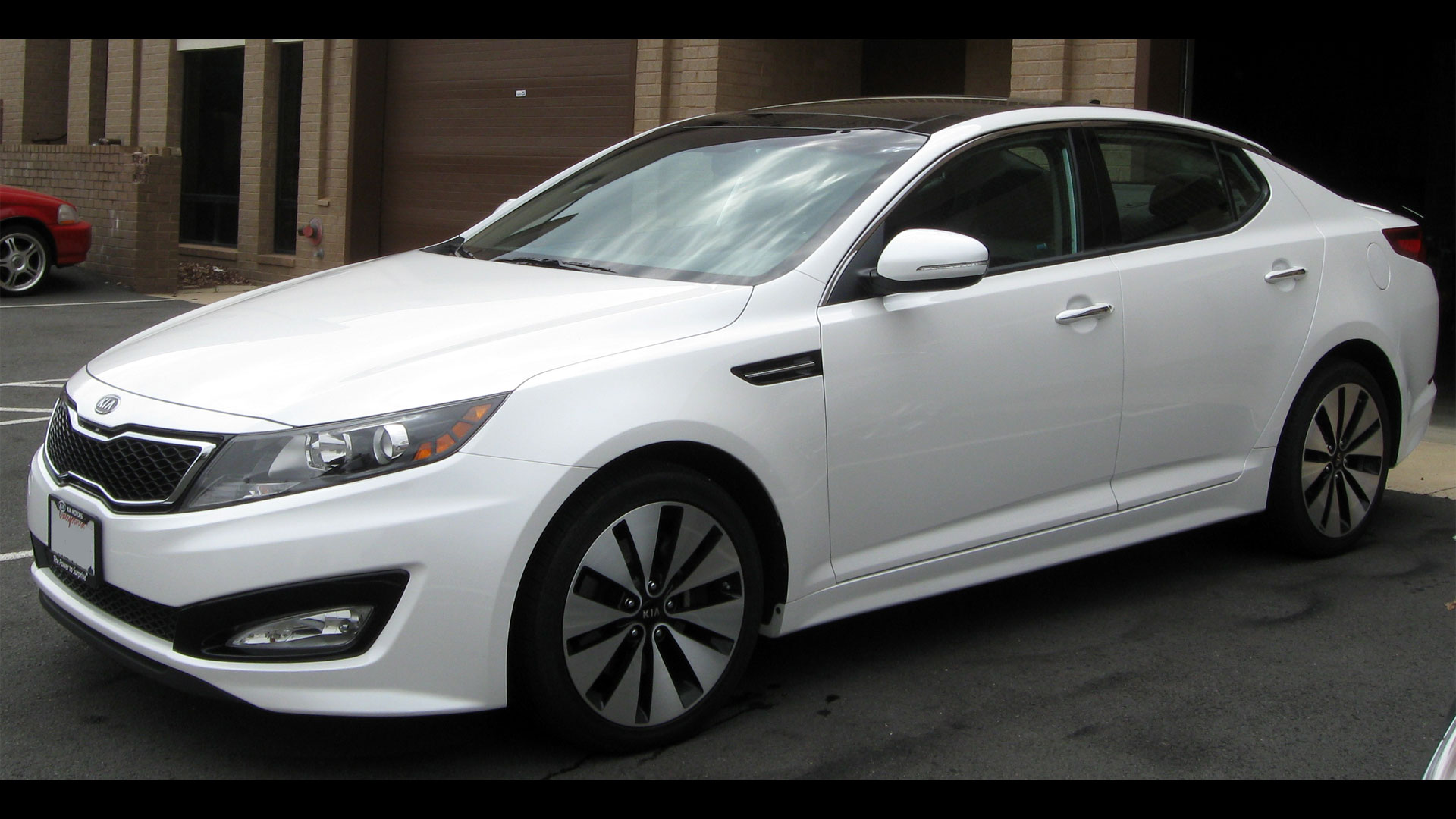 In the 2013 film, Alpha Papa, Partridge exchanged the Insignia for a Kia Optima. “Your fog lamps are on, there’s no fog,” he tells a fellow motorist, before returning to his epic lip-syncing to Roachford’s Cuddly Toy.

“If you’re hoping for something a little designer, with a cool touch and a hot look, you’ve knocked on the wrong door. Inside and out, the Optima is a style desert.”

“Nobody expects exquisite handling from a D-segment saloon, and the soft and slushy Optima isn’t about to spring any surprises here. Less easy to forgive are its inconsistent ride quality and ability to inform you of everyday lumps and bumps despite the squidginess of its springs.”

Not our words, Carol. The words of The Sunday Times. 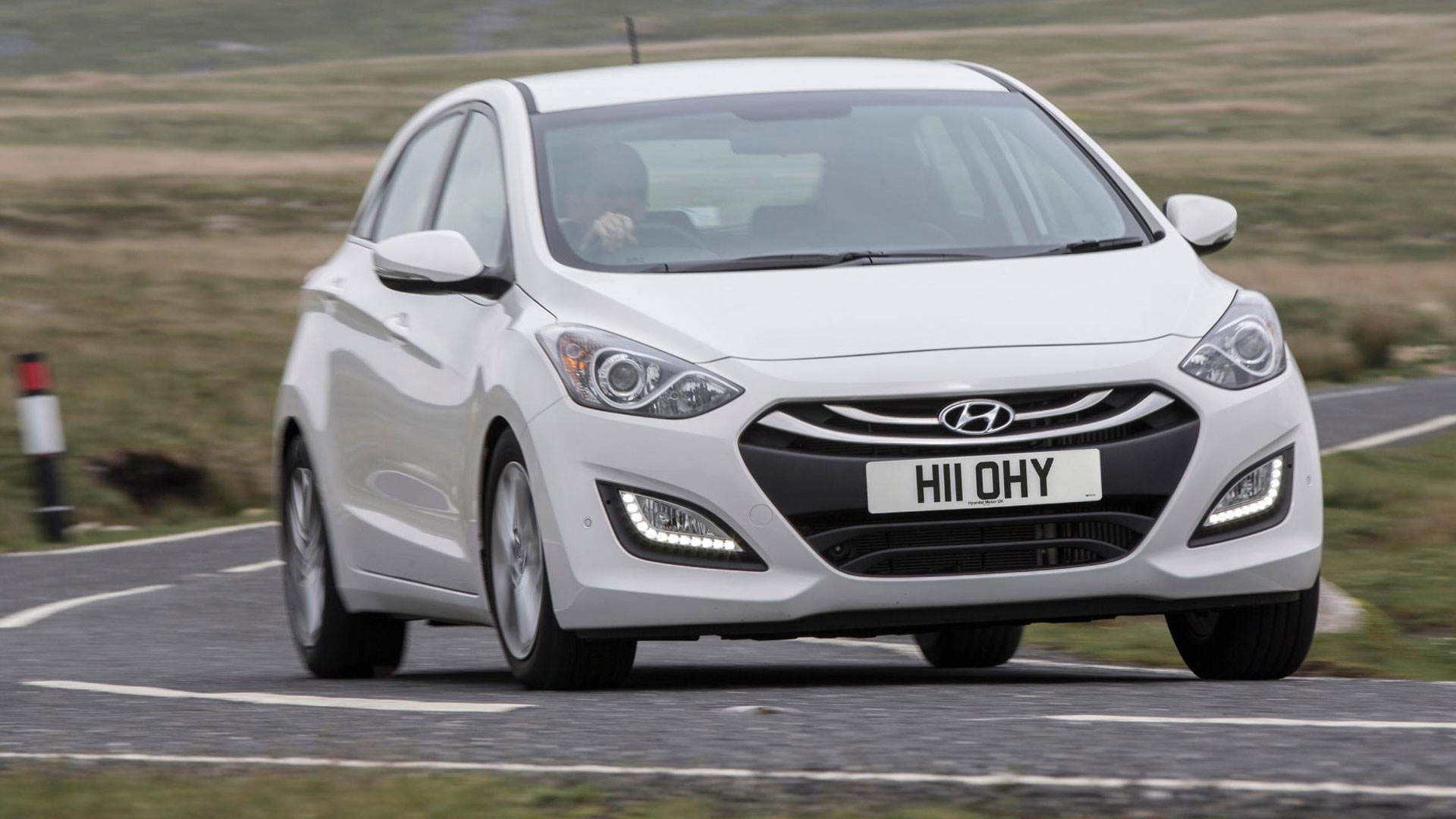 In Alan Partridge’s Scissored Isle, the presenter attempts to get down with the kids with the help of a white Hyundai i30. “It was one of the sickest handbrake turns I’d ever pulled off in a hot hatch,” he told the viewers.

“Even with the most powerful diesel it’s advisable to shift down a cog or two to complete overtaking manoeuvres in safety.”

“It may not be as good to drive as a Ford Focus but in practical terms the i30 is a strong proposition for prospective car buyers in the small family sector. Why? The engines are greener and the build quality inside and out has vastly improved.”

Not our words, Carol. The words of Parkers. 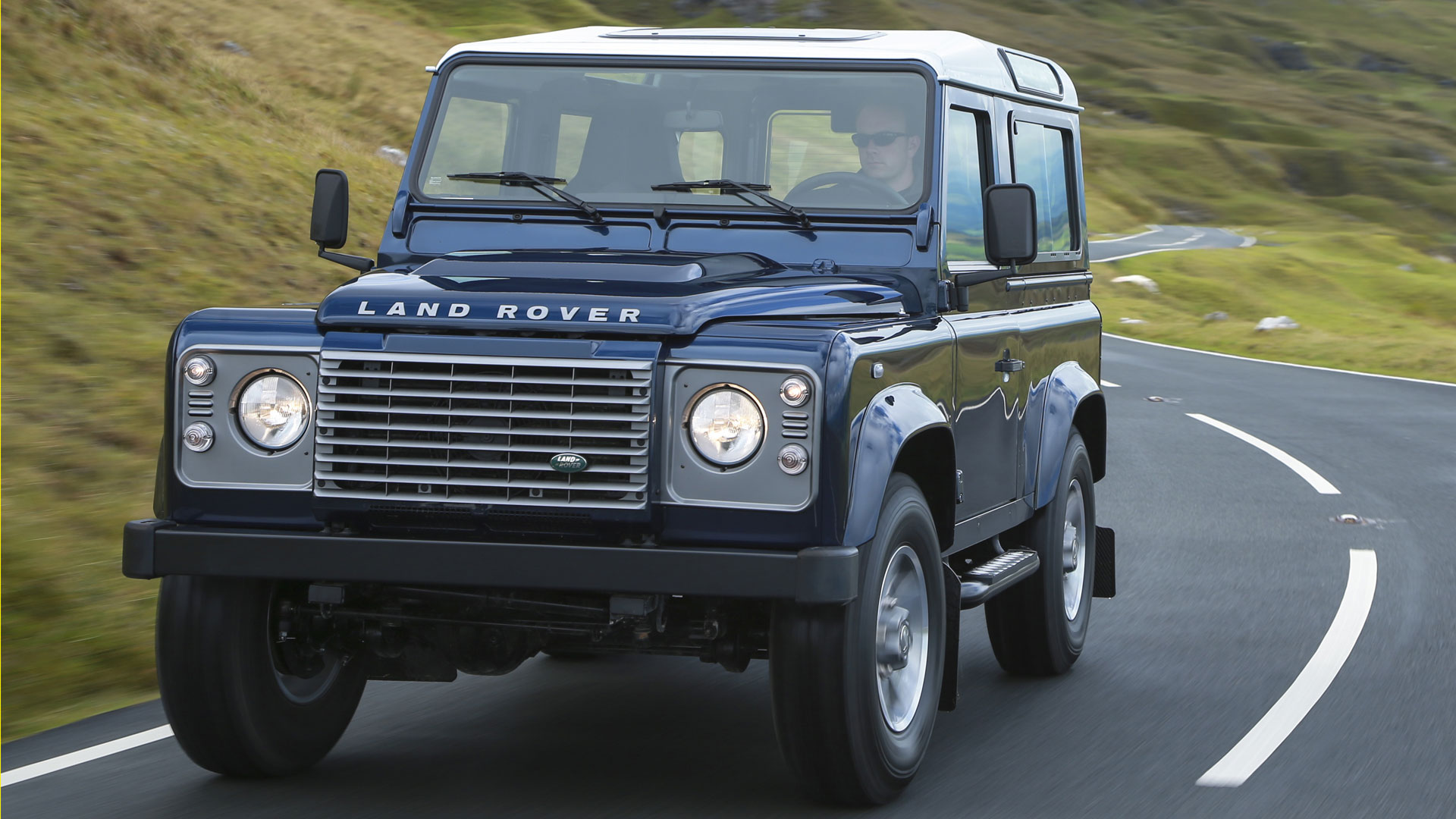 Alan Partridge began his tour of the British Isles by leaving his Denton Abbey home in a Land Rover Defender 90. He was wearing driving gloves, of course.

“However, given this vehicle’s off-road abilities, it’s amazing that it can go on road at all. To criticise it is like saying a Caterham is hopeless because it cannot carry a dog.”

Not our words, Carol. The words of The Telegraph. 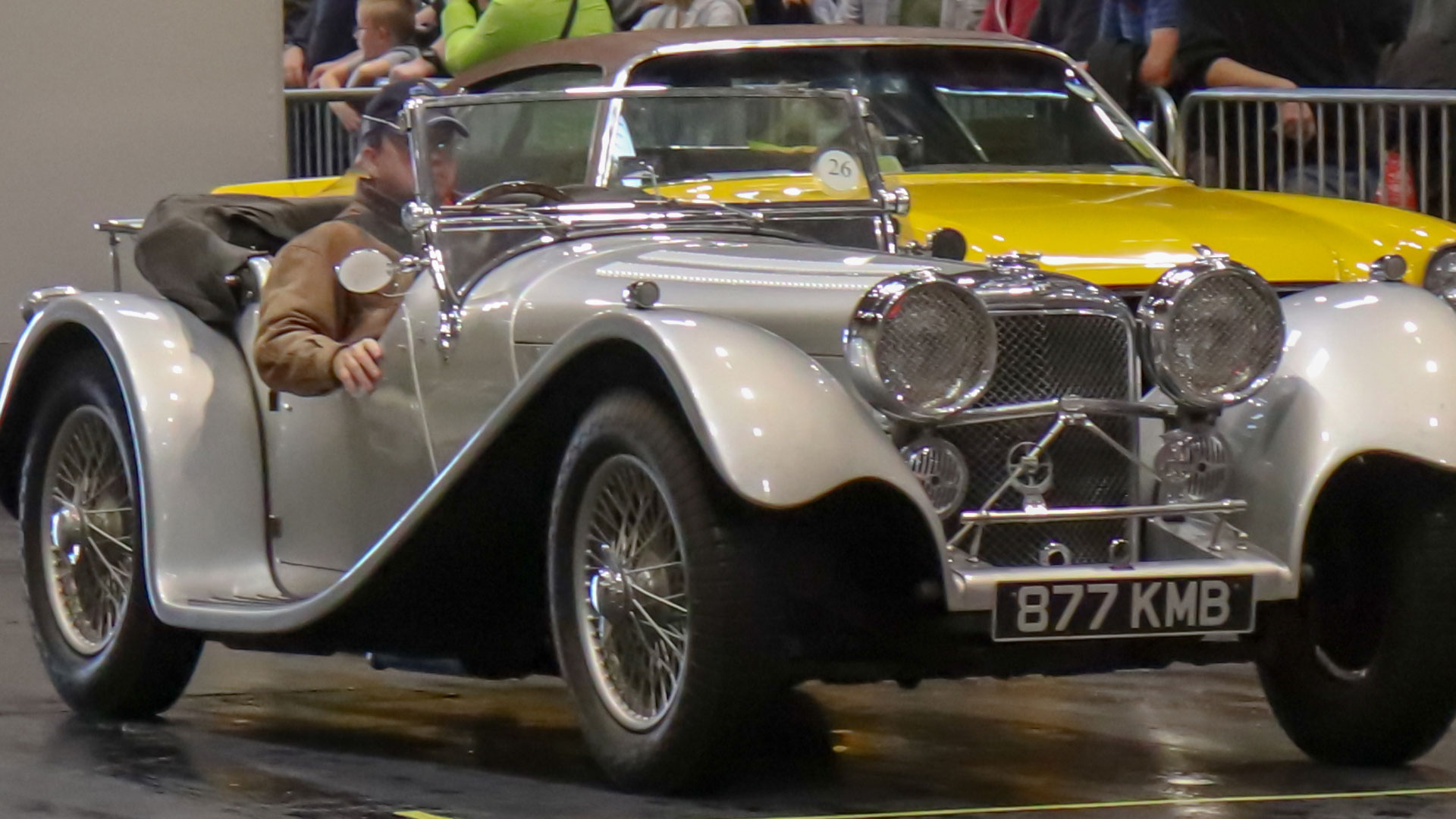 “I understand that the Suffolk Jaguar kits are quite expensive but they certainly seem to be worth the expense.”

“They are expensive but the factory attention to detail is amazing and their quality superb. And the end result positively stunning! Their construction manual alone is worthy of a mention. I consider myself very fortunate not only to be able to afford it but that I have been able to build a workshop in which to build it.”

Not our words, Carol. The words of PistonHeads forum members. 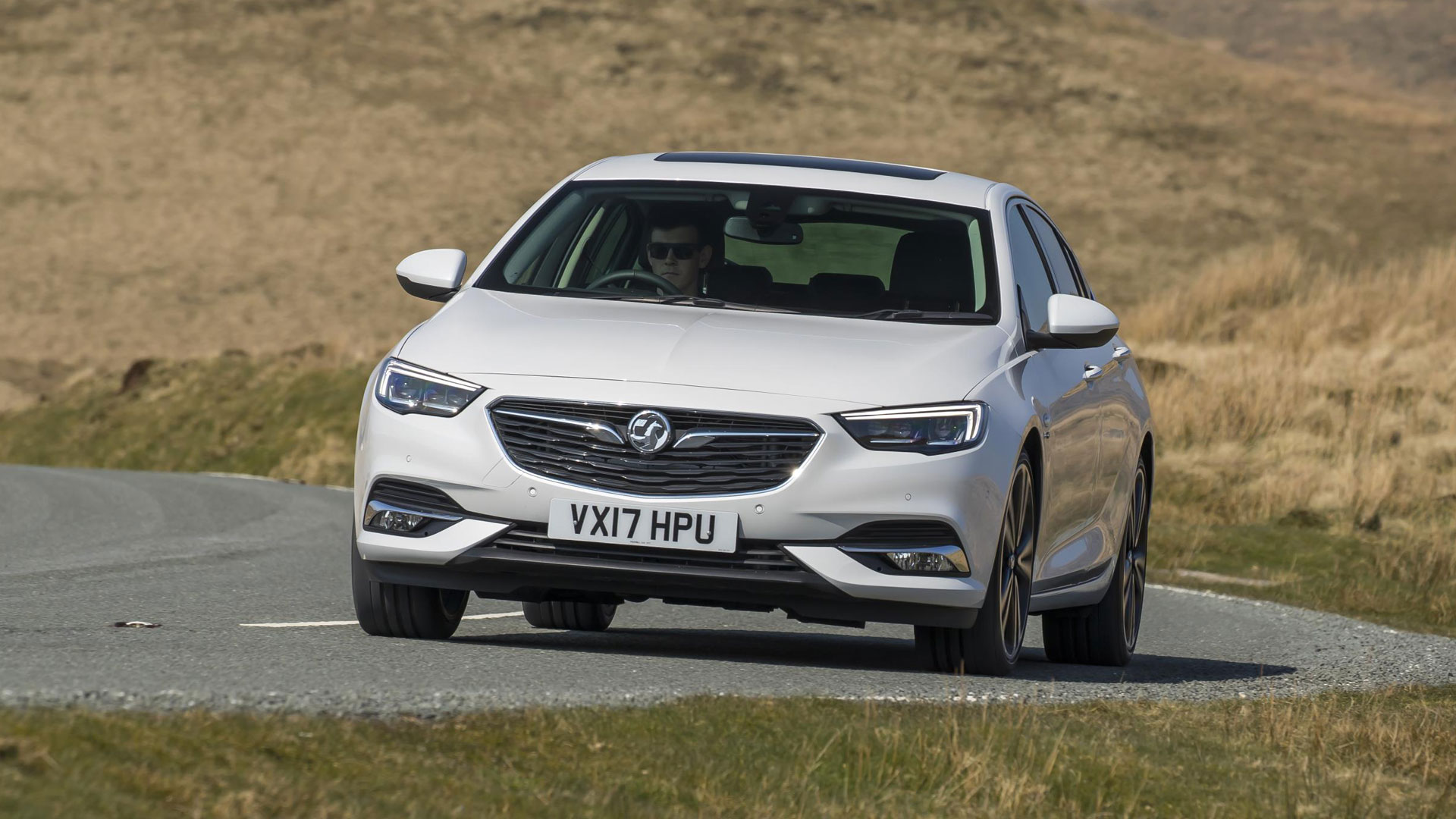 In episode three of This Time with Alan Partridge we discover that Alan has wound back the clock to drive a Vauxhall Insignia Grand Sport. We see his new steed parked outside Denton Abbey, before Alan does a piece to camera from the wheel of his latest steed.

“Work the Insignia engine hard… and you will expose some rough edges to the refinement, with just an element of the old diesel clatter that simply shouldn’t be a part of today’s package.

“In its natural environment, cruising on a motorway, it is highly refined. Bumps and indentations are soaked up by the effective chassis, and very little noise permeates through to the interior. This is possibly where the Insignia comes closest to proving itself an alternative to a more traditionally upmarket, and more expensive, rival.”

Not our words, Carol. The words of The Car Expert.

From the first car radios in the 1920s to wireless Apple CarPlay, we tell the story of in-car entertainment.
Read more
Features

Jaguar Land Rover and BMW to team up on EV tech

Second-hand cars are getting more valuable, and it's mostly thanks to the popularity of PCP finance deals for new cars
Read more

Land Rover in crisis: another new car bites the dust

The hardcore Discovery SVX is the latest Land Rover to be canned. The news follows the Range Rover SV Coupe’s cancellation a couple of weeks ago
Read more

Want to ride an electric black cab? There’s an app for that

You can now Skype from a Volvo