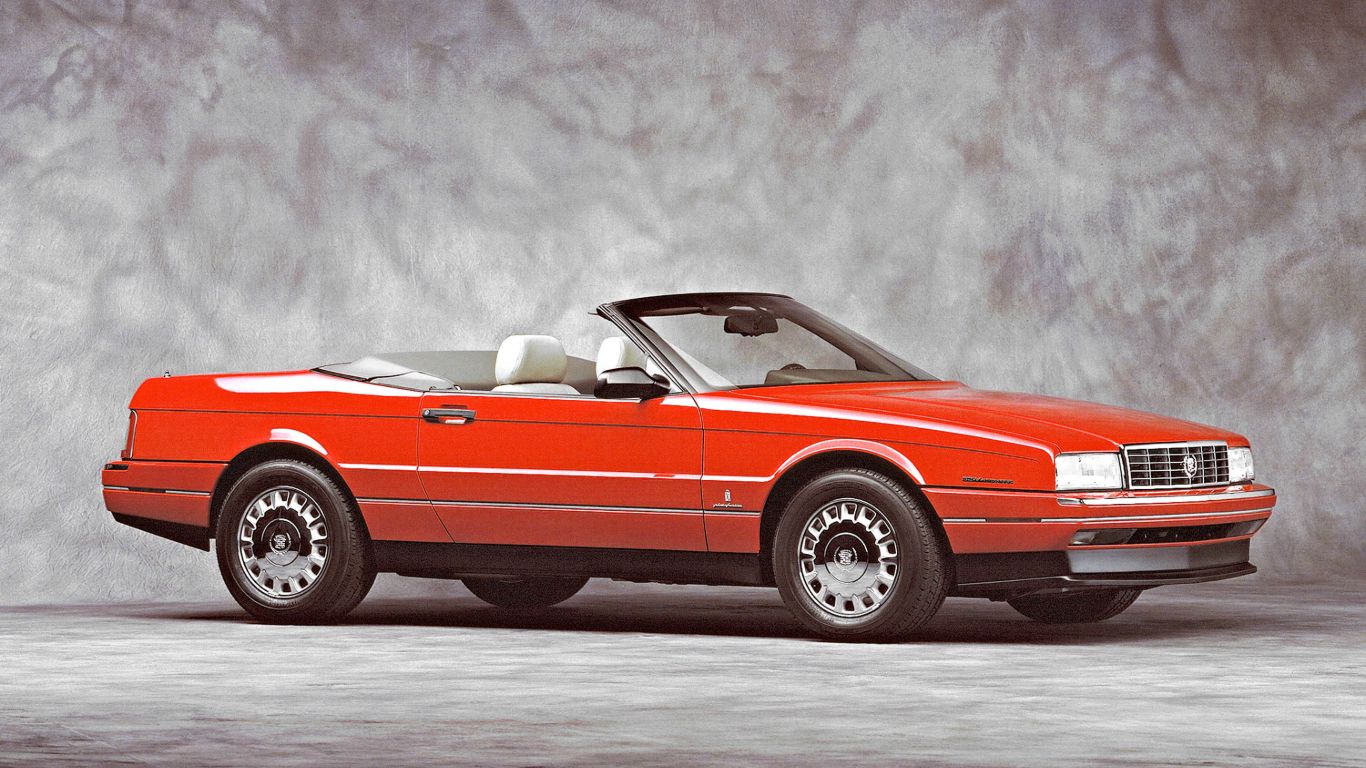 When it comes to building cars cost-efficiently, it’s generally a good idea to manufacture the body somewhere in the vicinity of the final assembly line.

Next door is ideal, the freshly stamped and welded body immediately making its way to the paint shop, before being baked, undersealed and despatched to a moving conveyor that sees it built into a complete car.

It’s a manufacturing sequence that most carmakers follow, although there have been a surprising number of models whose bodies have been built on sites some distance away.

Rolls-Royce used to buy in shells for its Silver Shadow and Silver Spirit from British Leyland, which manufactured them in what is now the BMW Mini factory in Oxford. And today, a Roller’s body shell comes from Germany.

Ferrari sourced bodies from coachbuilder Scaglietti, and Lamborghini from Goldencar, both of them local to their factories.

Less clever was British Leyland’s habit of transporting primered bodyshells around the Midlands during the 1960s and 1970s, a pretty inefficient activity when most of a raw shell is air.

But that was nothing to the manufacturing process that produced the Cadillac Allante. This two-door convertible, which debuted in 1986 as an alternative to the Mercedes-Benz SL and Jaguar XJS, was the progeny of America’s most upscale carmaker and design house Pininfarina.

Cadillac had flirted with the Italian company before. The body of its 1959 Eldorado Brougham saloon was hand-built and assembled in Turin on a chassis sent from the US. Once Pininfarina had finished with it, the Brougham was shipped back to America for final finishing.

This was the last hand-made, coachbuilt Cadillac and you certainly paid for it. The Pininfarina Brougham cost three times the price of the (spectacularly flamboyant) standard version, which was made in the US.

Unsurprisingly, this American-Italian hybrid sold slowly, despite its more tasteful elegance, with only 200 finding homes in 1959-60.

There were quality problems, too. The lead-loading used to smooth its hand-beaten bodywork caused the paint to fracture.

Not learning from history 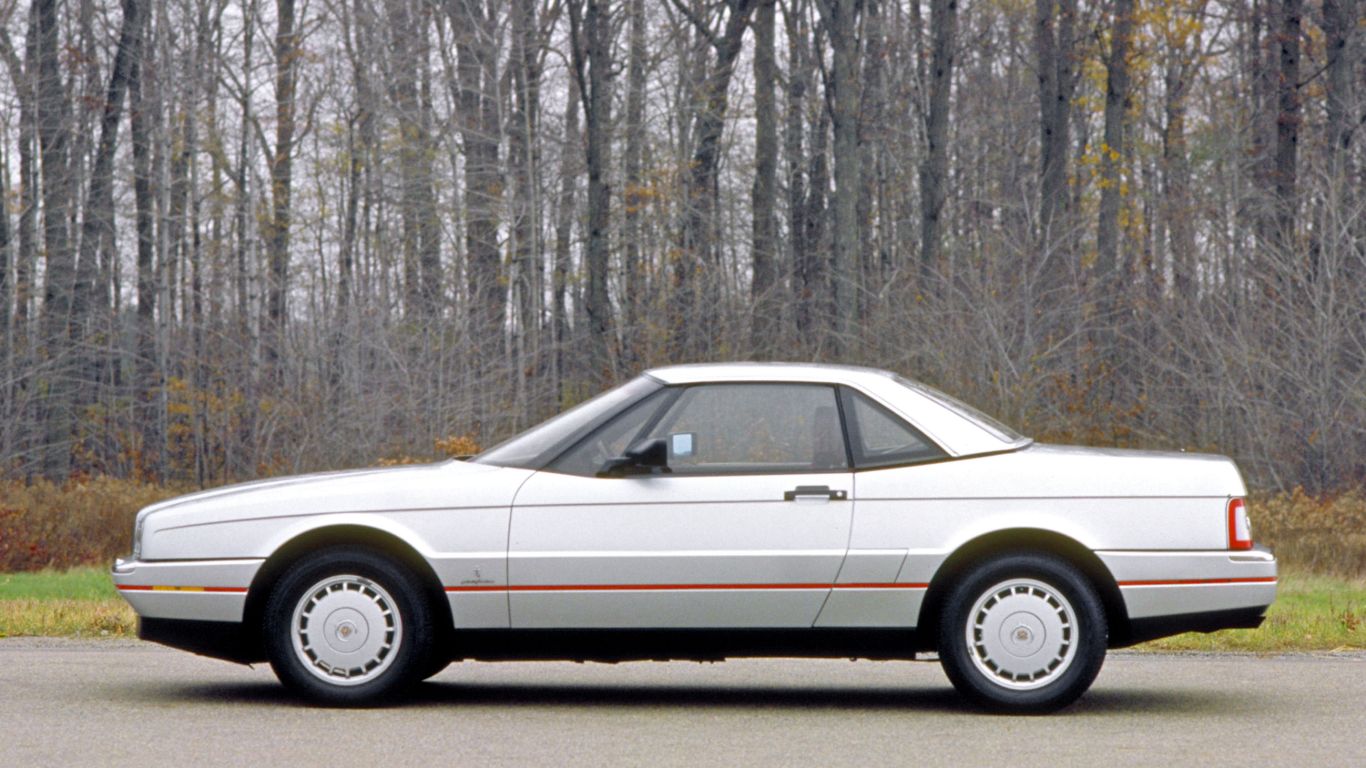 Despite such mixed results, GM decided to have another crack at creating something special with Pininfarina a couple of decades later.

This time, Italy got the task not only of designing a classy two-seat roadster, but also of building and painting its body as well. The broad basis of the Allante was Cadillac’s front-wheel-drive V8 Eldorado, although its body, and most of its platform, were unique to the convertible.

And the name? That was generated by a computer that produced 1,700 possibilities, the chosen badge being meaningless – although its did sound rather like the sea that the Cadillac’s body had to cross. 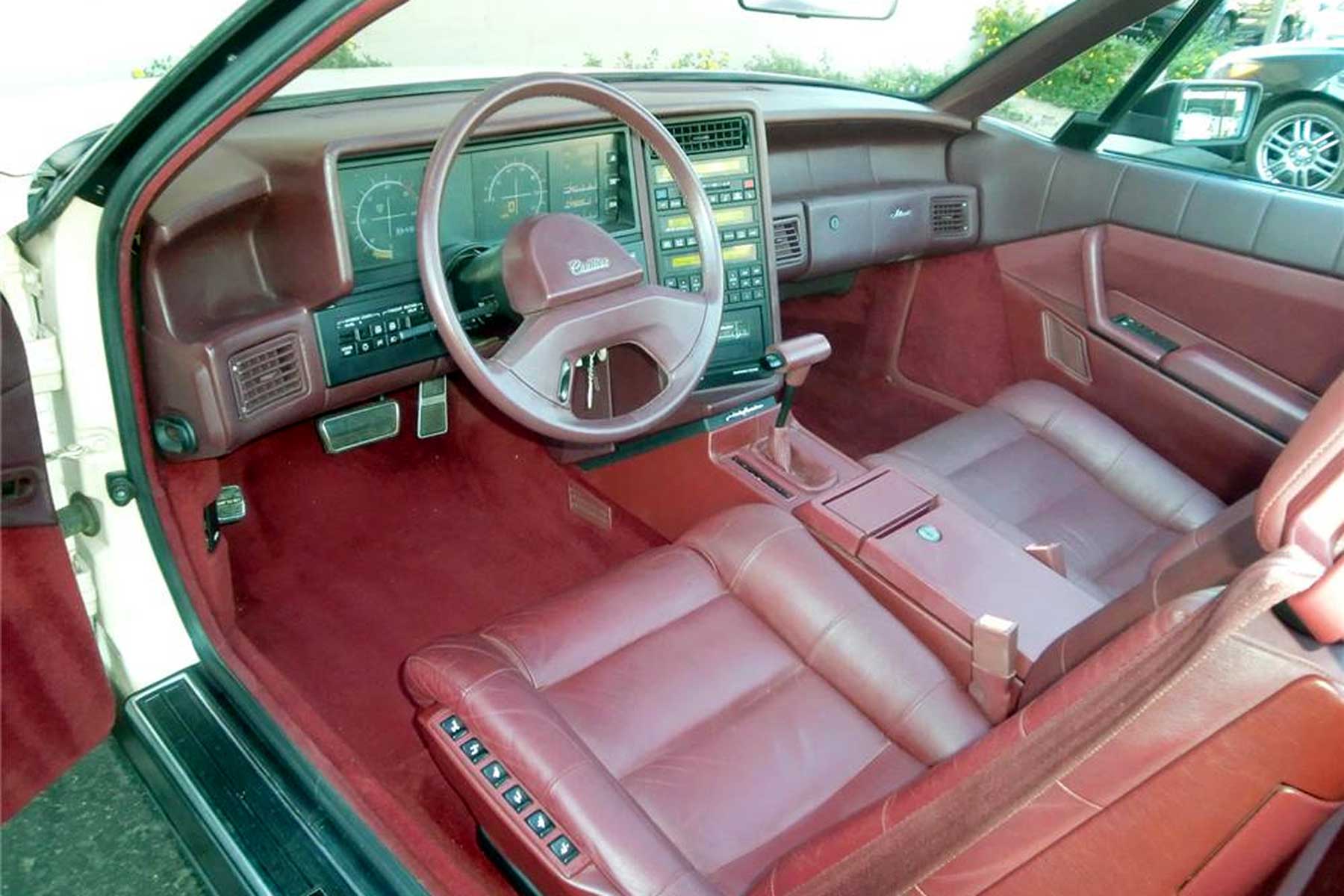 That body was neat, slender, crisp and excitement-free, the Allante’s potential athleticism undermined by an over-short wheelbase, a curiously high-riding stance and a powertrain that was never going to threaten a sprinting SL or XJS.

There may have been 4.1 litres of V8 beneath its long bonnet, but this engine was good for no more than 170hp and 0-60mph in 9.8 seconds, languidly delivered via four-speed automatic.

All of which meant that the most dramatic aspect of the Allante was not the car itself, but the crazy method of its construction. 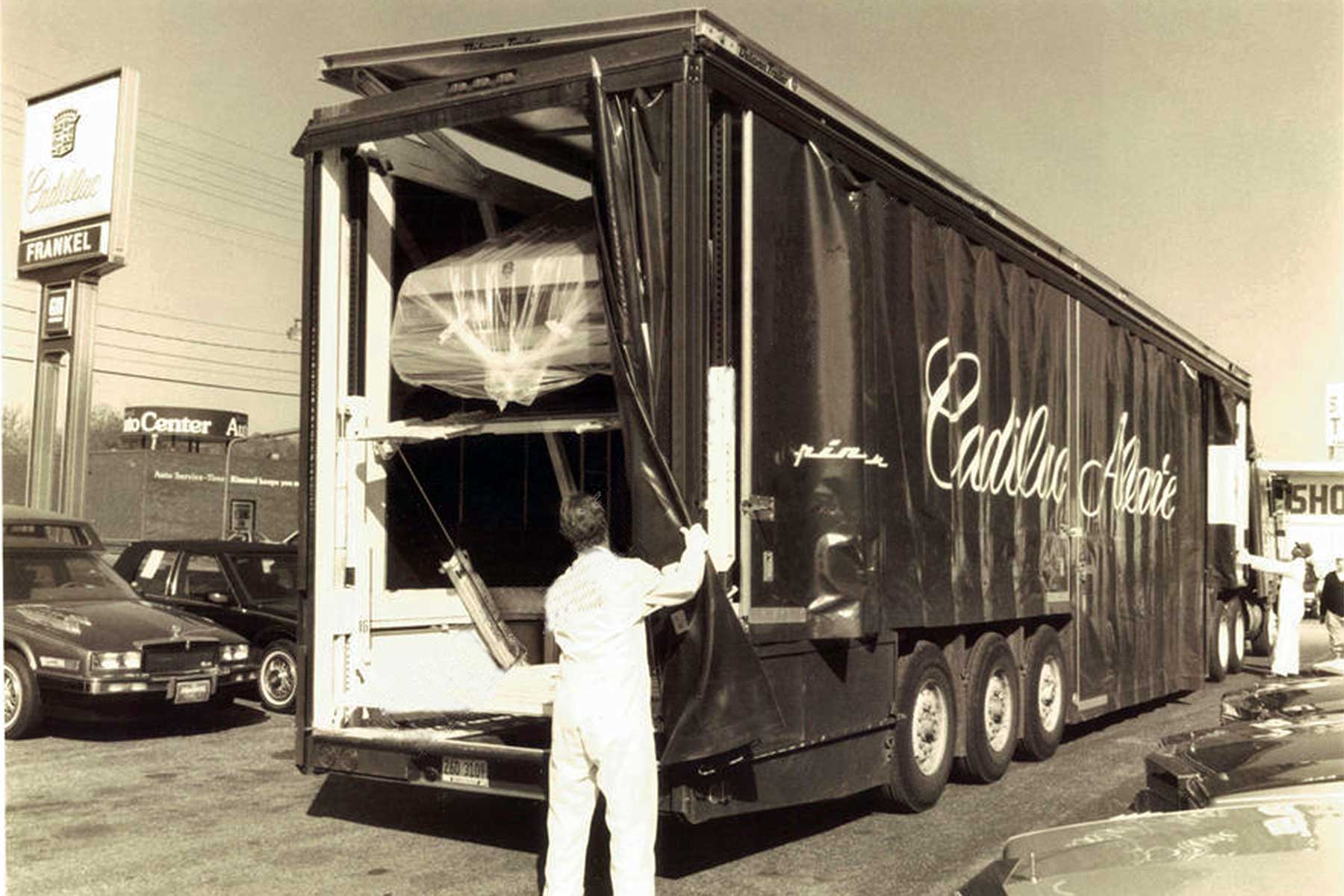 Once Pininfarina had finished the bodies, which were painted, fully trimmed and equipped with their folding roofs, they were transported from Turin to America by jumbo jet.

GM called it the ‘Allante Airbridge’, a trio of Boeing 747s specially modified to carry the part-finished Caddys across the pond. Detroit then installed the sub-frames, suspension, drivetrain, fuel tanks and wheels to complete the car.

However, it was not quite complete when launched in autumn 1986, Pininfarina having realised that the soft-top was prone to leaks and squeaks. They wanted to delay the launch and fix the problems, but GM insisted on sticking to its timetable. 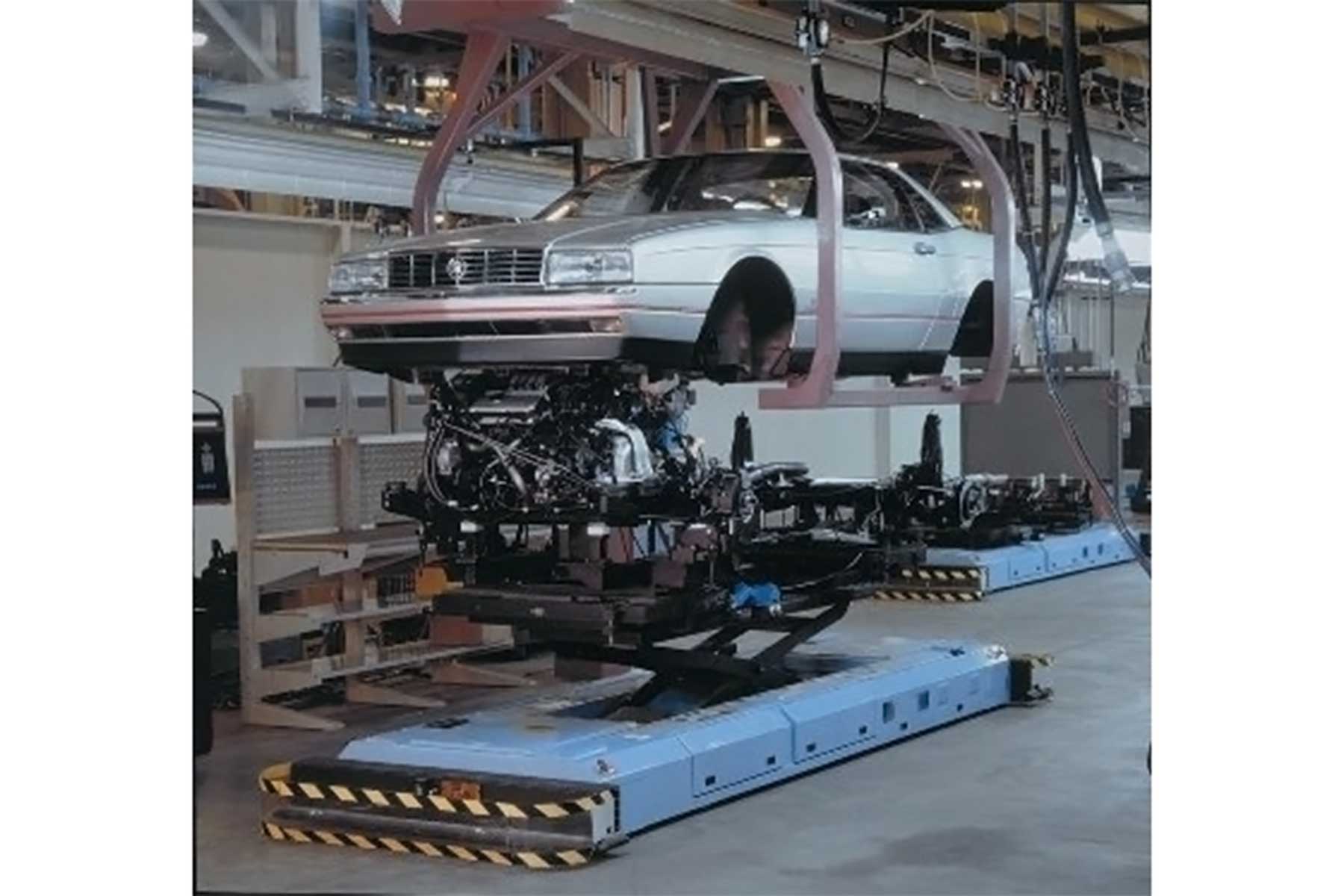 Sadly, Mother Earth stuck to her familiar weather patterns, unhelpfully showering the Allantes bought by eager owners. They soon found that some of that rain wasn’t returning to earth, but pooling in the footwells of their prized new convertibles.

Stemming the leaks cost Cadillac tens of thousands of dollars, besides staining the Allante’s reputation. And its carpets.

Leaks were not the last of the Allante’s functional troubles. Bosch discovered problems with its anti-lock brake system, and the Bose hi-fi made strange cracking noises that could have been mistaken for failing trim.

Cadillac didn’t give up 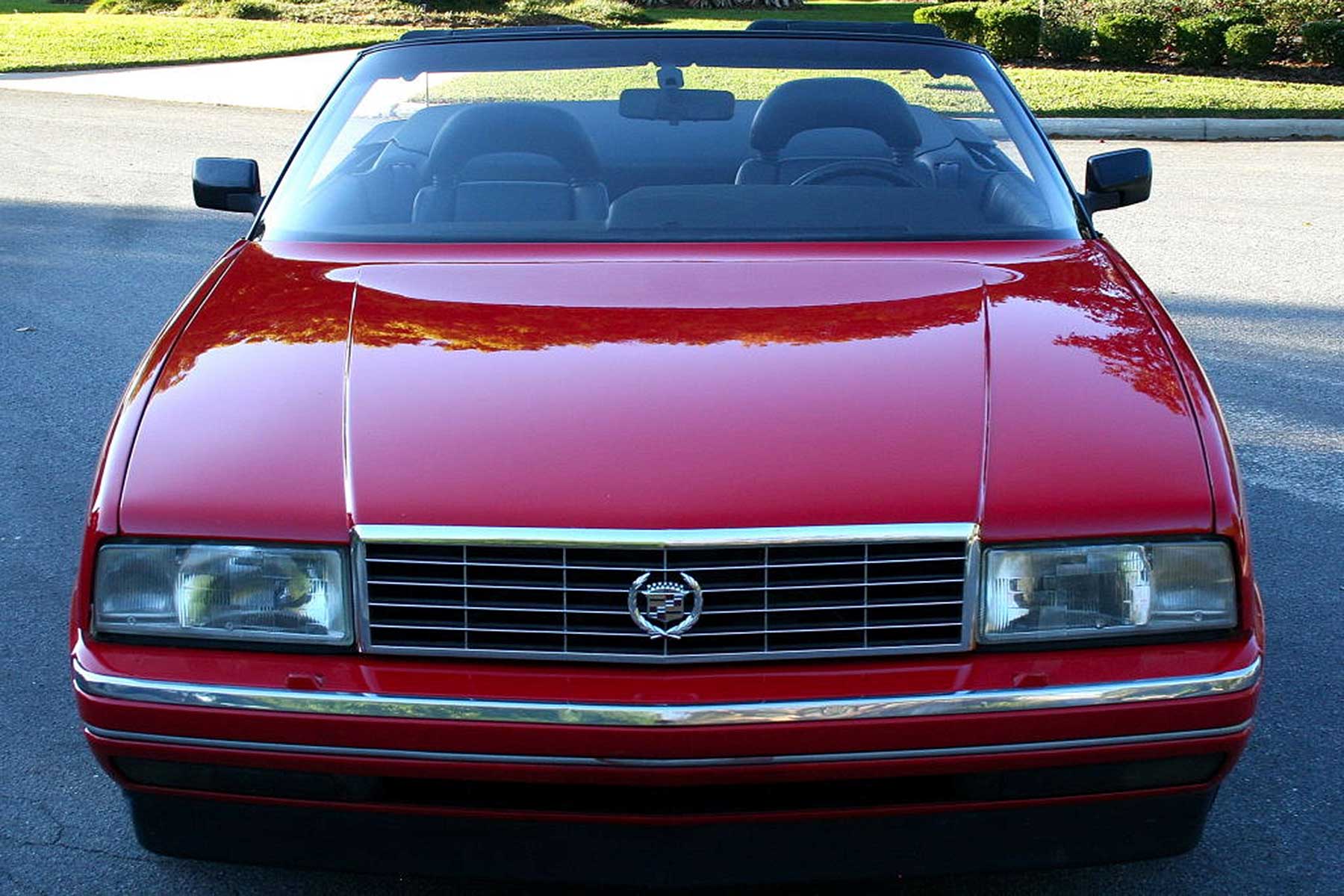 By the early 1990s, the Allante’s reputation was glittering like an old tyre. But Cadillac didn’t give up on it, despite slow sales.

The pushrod 4.1-litre motor was tuned to produce 204hp, before being replaced in 1992 by GM’s excellent new 4.5 litre 32-valve quad-cam Northstar V8, which delivered a far more convincing 285hp.

Despite its front-drive chassis, the Allante drove well, too, blending refinement with a decent show of twisty road agility.

And it had plenty of the toys that Cadillac owners expected, including sumptuous power leather seats, digital LCD instruments, traction control – necessary, with front-drive and 285hp – and later in life, electronically controlled suspension. 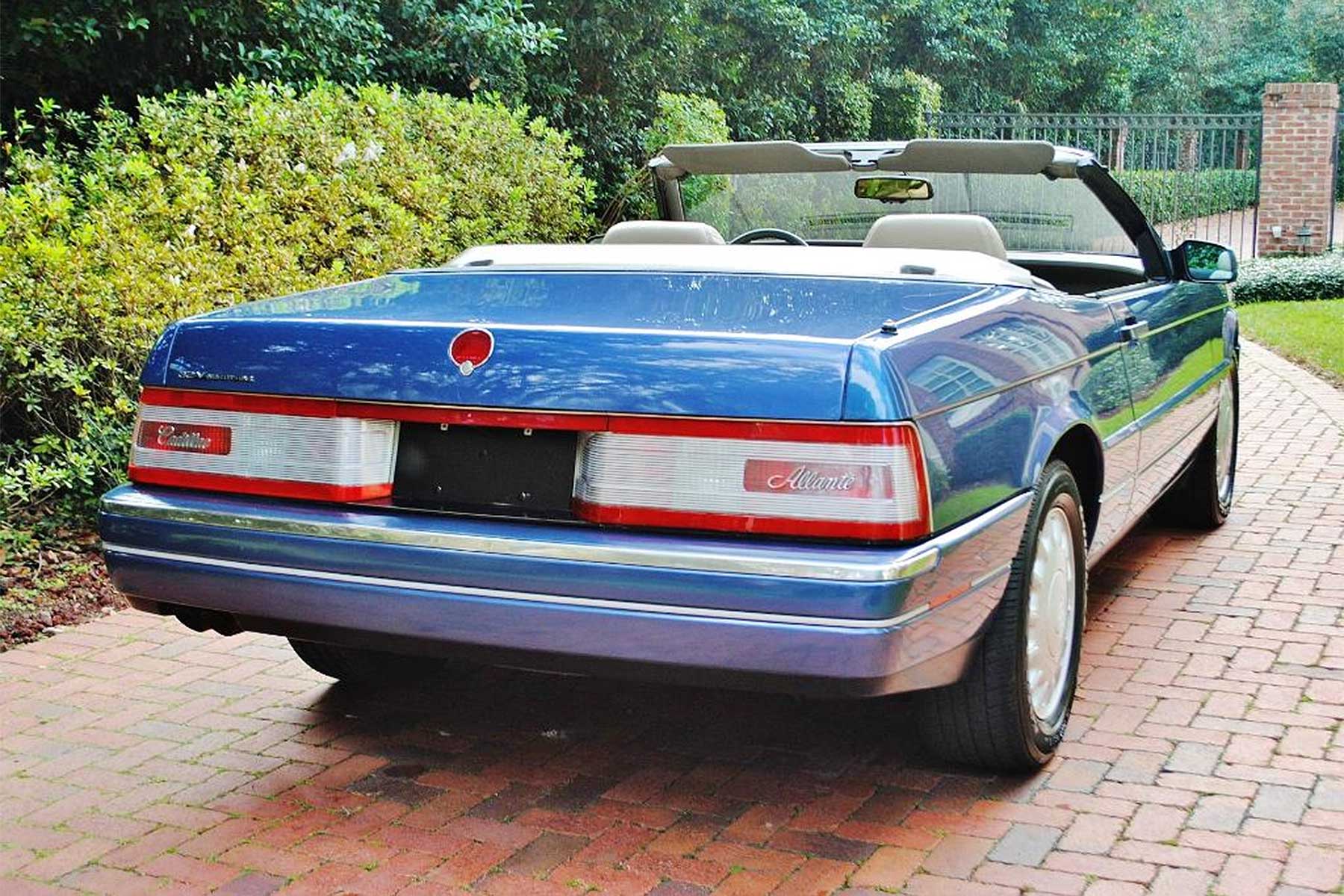 By the end of its career, the Allante had become quite a decent grand touring convertible. Trouble was, the 1989 Mercedes-Benz SL, a tour de force of engineering and quality, had the one thing that the Allante was missing: a one-shot power roof. That didn’t leak.

Cadillac ran hard to fix and improve the Allante in the first few years of its life, but it never ran hard enough to keep up with the SL and XJS despite some substantial improvements.

Like most cars that gain an unsavoury early reputation, it never fully recovered. Still, the 1993 model-year Allante was the best yet, featuring revised rear suspension with electronic dampers, upgraded brakes and myriad detail improvements.

It was also the best sales year for the car, the 4,670 sold far higher than had been achieved in earlier years. But Cadillac nevertheless announced the Allante’s demise in the same year, the model still falling short of its 6,000 annual sales target. 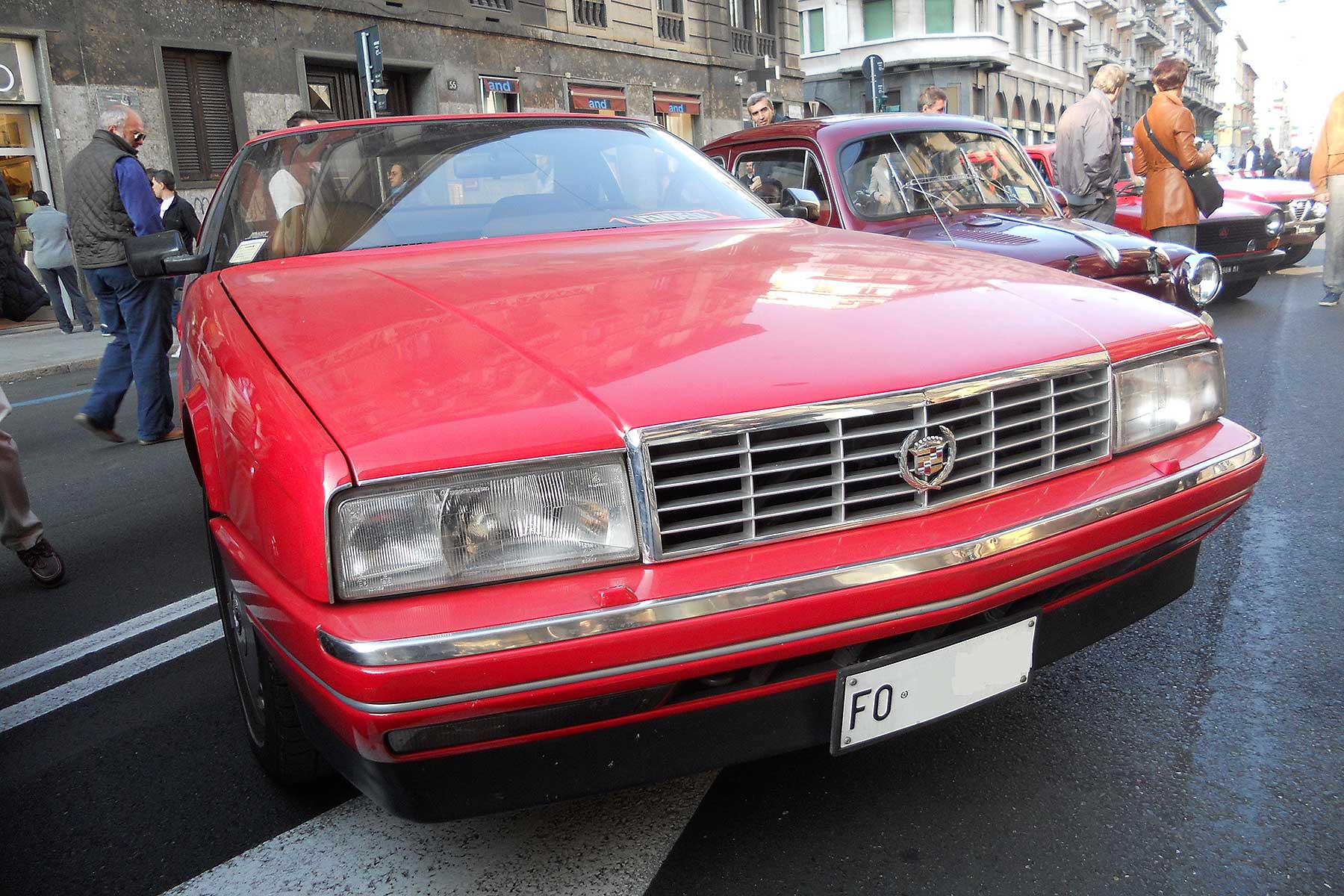 It’s hard to imagine GM making much money on this car when it sold an average of around 3,000 a year, was produced by such tortuously profligate methods, shared relatively little with other Cadillacs and almost nothing with Oldsmobiles and Buicks.

The Allante was not Cadillac’s last two-seater, the company taking another shot at the SL with the XLR. But this time without the help of Pininfarina and a small fleet of jumbo jets.