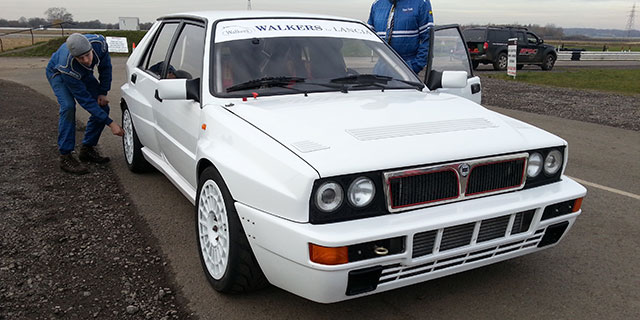 Sean continues to worship his hero Delta, even after driving it…

They say you should never meet your childhood heroes, but recently I did, and boy, am I glad.

I got the chance to have a number of laps in the hot seat of a Lancia Delta Integrale, which to all intents and purposes was prepared to Group A World Rally Championship specification – except for a few key areas.

This one kicked out around 500hp in its most aggressive state of tune and featured many bespoke parts developed by Lancia Delta specialists Walkers Garage; suspension components, sub-frames, engine modifications and a sequential gearbox honed through racing.

Put simply, it was awesome. I have a soft spot for the Integrale, you see, as along with Escort RS Cosworths, early Mitsubishi Evos and Subaru Imprezas, these vehicles are the first rally cars I really remember watching.

So to eventually get a go in one was a privilege. But I couldn’t stay misty-eyed for too long – running slightly down on boost, but still putting out around 400hp and masses of torque, that sort of performance requires rather a lot of focus.

The first thing that wallops you around the chops is the engine. There’s go everywhere in the rev range. It simply boosts from low down, then boosts harder when you hit 4,500rpm. It’s ferocious.

A yank on the five-speed sequential dog box’s lever sees it happen all over again, with a huge “bang” and a three-foot sheet of flame spat out of the exhaust. 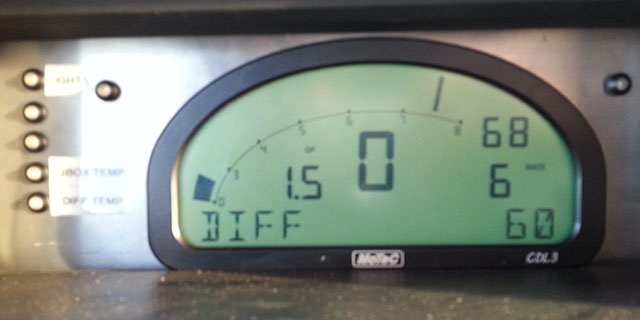 While the performance was mesmerising, I sort of expected it to be – one thing I didn’t account for however, is just how modern the car felt.

Even on a cold track with cold tyres, there was enough grip to go quickly, and not enough to have some fun.

The instant torque means oversteer is served up at will. A short wheelbase means it can be a bit twitchy, but quick, accurate steering and great levels of feedback mean you can catch the car easily, instinctively dialling in the right amount of lock without lifting the throttle.

Down the straight: schuunk, BANG, schuunk, BANG goes the meshing of new gears and the exhaust expelling great gobs of fuel in the form of flame.

And at the end of the straights you’re glad of the six-point harness, as the Alcon performance brakes are savage and have you straining against the belts. The car scrubs off speed with remarkable composure and turns in with alacrity.

It’s best to brake to the apex to unsettle the back however, pick the throttle up quickly and steer the car with the accelerator. In my own head I was channelling Carlos Sainz, in reality it probably looked like a white 1980s hatchback wobbling around the track.

No matter, I had fun. And the car was incredible – the most fun vehicle I’ve ever driven, I think – and we had a 740hp Ferrari F12 in the MR office this year…

You can read more about the stunning Lancia and my impressions from driving the car in the January 2014 issue of Auto Italia magazine.