We’ve had one of those new-fangled turbocharged 911s in on test for the last week. It’s a car that just had to happen, but that didn’t stop purists showing their disapproval when it was announced in September. It was the Cayenne all over again – or, even worse, switching from air- to water-cooling.

I knew that Porsche wouldn’t mess it up. I don’t make a habit of gushing over manufacturers, but it’s true that Porsche – in recent years, especially – consistently gets things so right. The Macan? So much more than a rebodied Audi Q5. The 918 Spyder? Arguably the most technically advanced of the hypercar trio. The 718 Boxster? We’ll see, but my hopes are high.

When the first drive reports started to come in, it was clear that turbocharging the entry-level 911s hadn’t diluted them in any way. They could hit 62mph 0.2 seconds quicker than before, with the Carrera S being the first entry-level 911 to reach 62mph in less than 4.0 seconds.

Our own Richard Aucock concluded that, “The engine, despite our worries, still delivers 911 character and sounds more charismatic than we expected.” It would have been ruinous for Porsche to mess up the 911, and it’s clear that they haven’t. 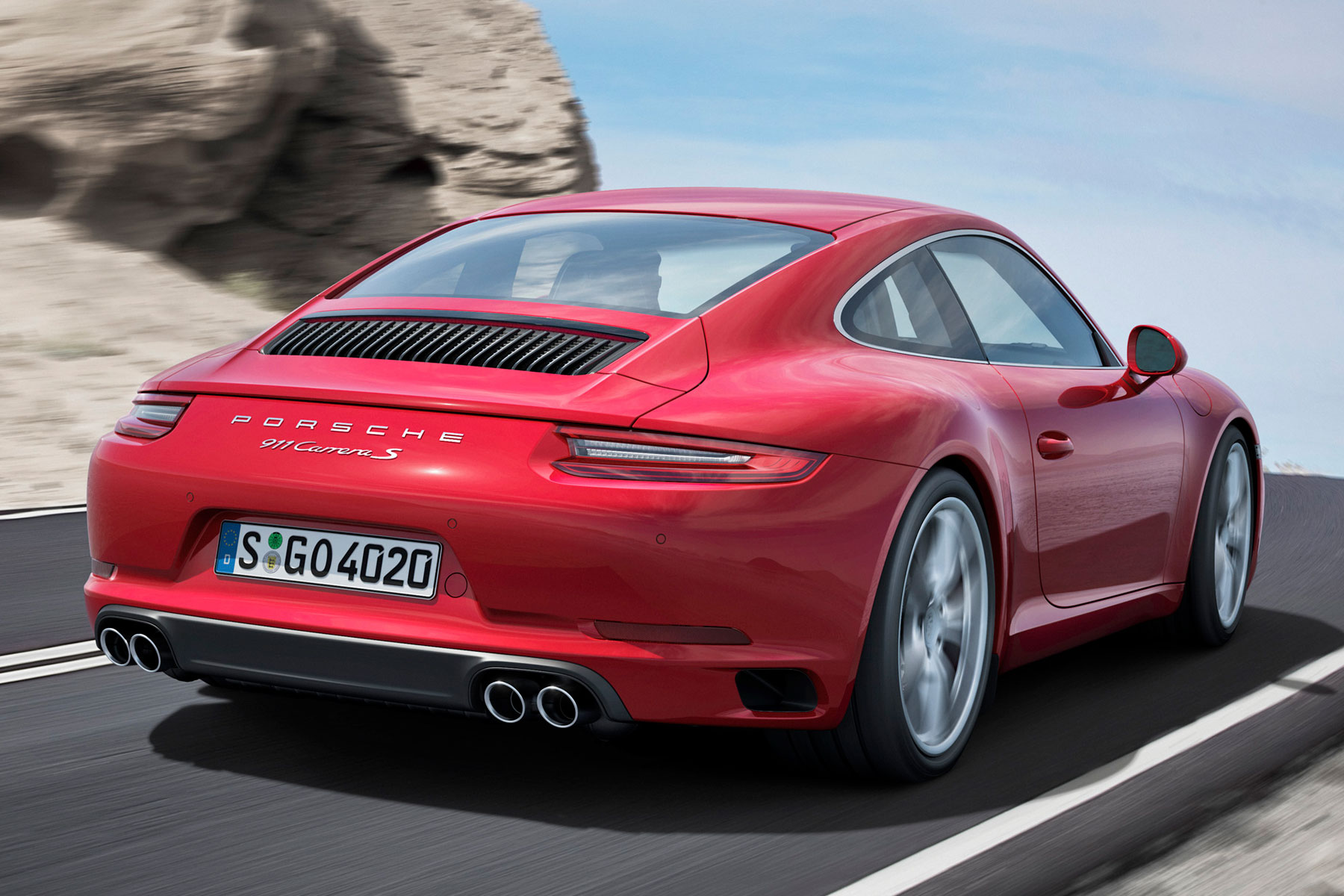 Driving the new turbo 911 Carrera S on UK roads confirmed that. To my ears, the flat-six engine sounds just as delightful as before, while the extra performance makes me want to kneel down and praise the lord of turbocharged engines.

There has to be a ‘but’, though. And it’s not something that’s new to the latest 911. It’s something that’s plagued every 911 I’ve driven – a gripe that, should I flex my right foot for more than a few tenths of a second, my licence could be taken from me. A concern that the average British B-road just isn’t wide enough for a 911, plus a tractor that’s suddenly appeared coming in the opposite direction. A nag that, actually, I’d be having more fun in a Cayman.

Last night, I finished work and decided to go for a drive. The 911 was being taken away first thing this morning, so it would have been rude not to. But I live in the South East, where roads are busier than Beijing. And Storm Imogen was giving the UK a bashing, so it was wet, trees were falling and other motorists were tip-toeing around as if exceeding 40mph could result in a fiery death.

This would normally be annoying. But I wasn’t in the mood for blatting around like a demented dog on heat. Instead, I tuned into 6Music and went with the flow. To nowhere in particular.

Most of the time I was well below the speed limit. Sure, if the road opened up, I’d accelerate up towards 60mph with slightly more gusto than Mr Rep would manage in a diesel Audi, but it wasn’t anywhere near pushing the Porsche’s abilities. Yet it was enjoyable.

I’m usually a PDK convert (that’s a whole different blog post), but working through the seven-speed manual ’box of ‘our’ 911 was not only a pleasingly analogue experience (even at low speeds), but also one that I fear I’ll be telling my kids about in years to come.

With the Sport button engaged it blips the throttle on downshifts, while the engine is just ridiculously tractable. Can’t be bothered dropping down from fifth to accelerate out of that 30mph limit? No problem, the 911 will do it, with torque spread flat from 1,700rpm. And it’ll sound good – especially if you press the button to open the flaps in the sports exhaust.

I’d argue that feeling special at lower speeds is actually something at which Porsche excels. Part of it comes from the interior – you sit low, with Porsche crest proudly sitting on the wheel in front of you, and the 3.0-litre flat-six burbling behind you. As great as something like a BMW M5 is, a 911 has a feel-good factor that hot versions of mainstream cars can’t match.

Am I convinced that the 911 makes more sense than a smaller, cheaper Cayman if you’re out for a blat on UK roads? No. But do you have to be on the Autobahn to have fun in a turbocharged 911? It helps, but perhaps not…