We live our drifting dreams in Toyota’s iconic rear-driven Corolla GT – inspiration for the modern GT86. How does it compare to a traditional hot hatch? 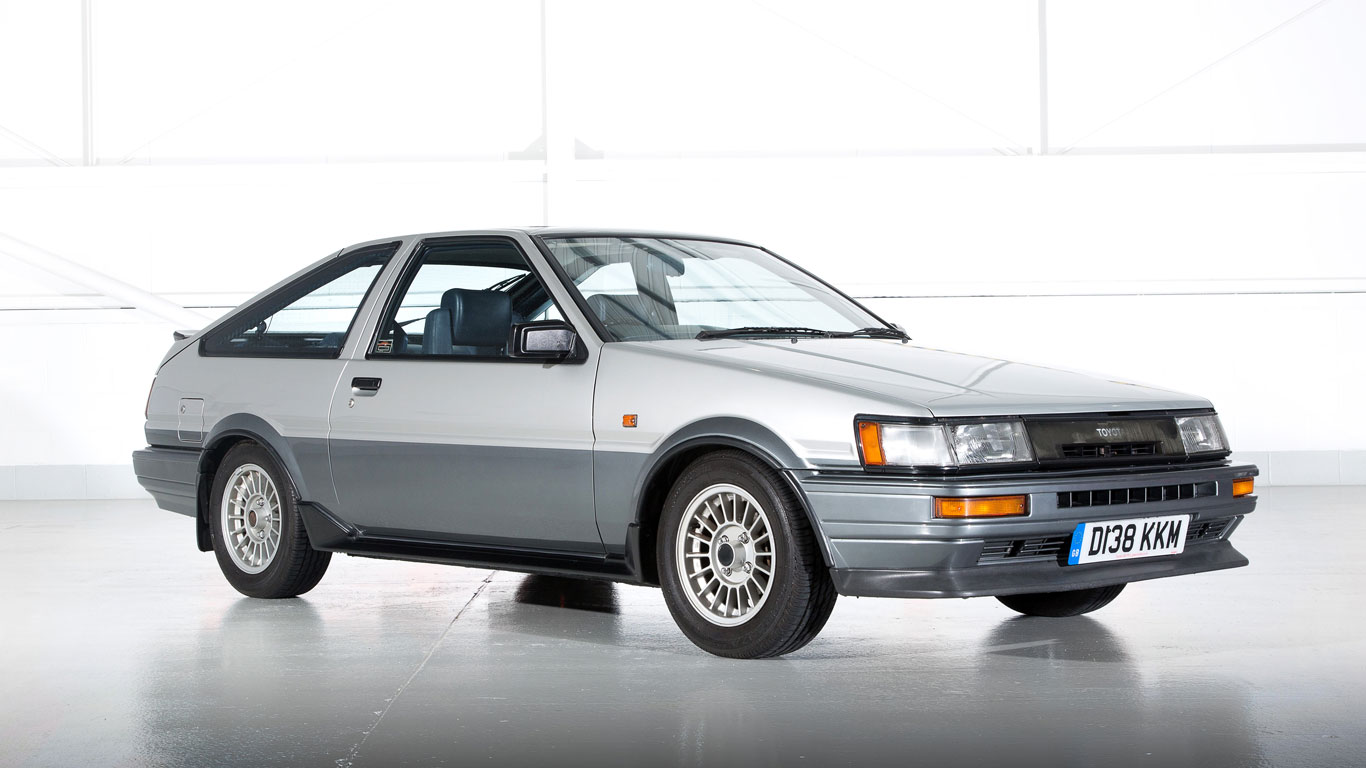 If you’re part of the Playstation generation, or a fan of The Fast & the Furious, the Corolla GT surely needs little introduction. Thanks to a revvy twin-cam engine, rear-wheel drive and propensity for going very sideways indeed, this humble-looking coupe has become a cult car.

Commonly known by its AE86 factory codename, the Corolla is a now fully-paid-up modern classic – with prices to match. But does the reality live up to the legend?

The AE86 was described to me as the ‘Japanese Mk2 Escort’. And while there are certainly similarities with the Ford – family-car DNA, tail-happy handling and a motorsport pedigree – the Toyota was launched in 1983, two years after production of the Mk2 ended.

The Corolla’s most obvious rivals (then and now – given the price of classic RWD Escorts) are 1980s hot hatches, such as the Peugeot 205 GTI, Renault 5 GT Turbo and Mk2 Volkswagen Golf GTI. 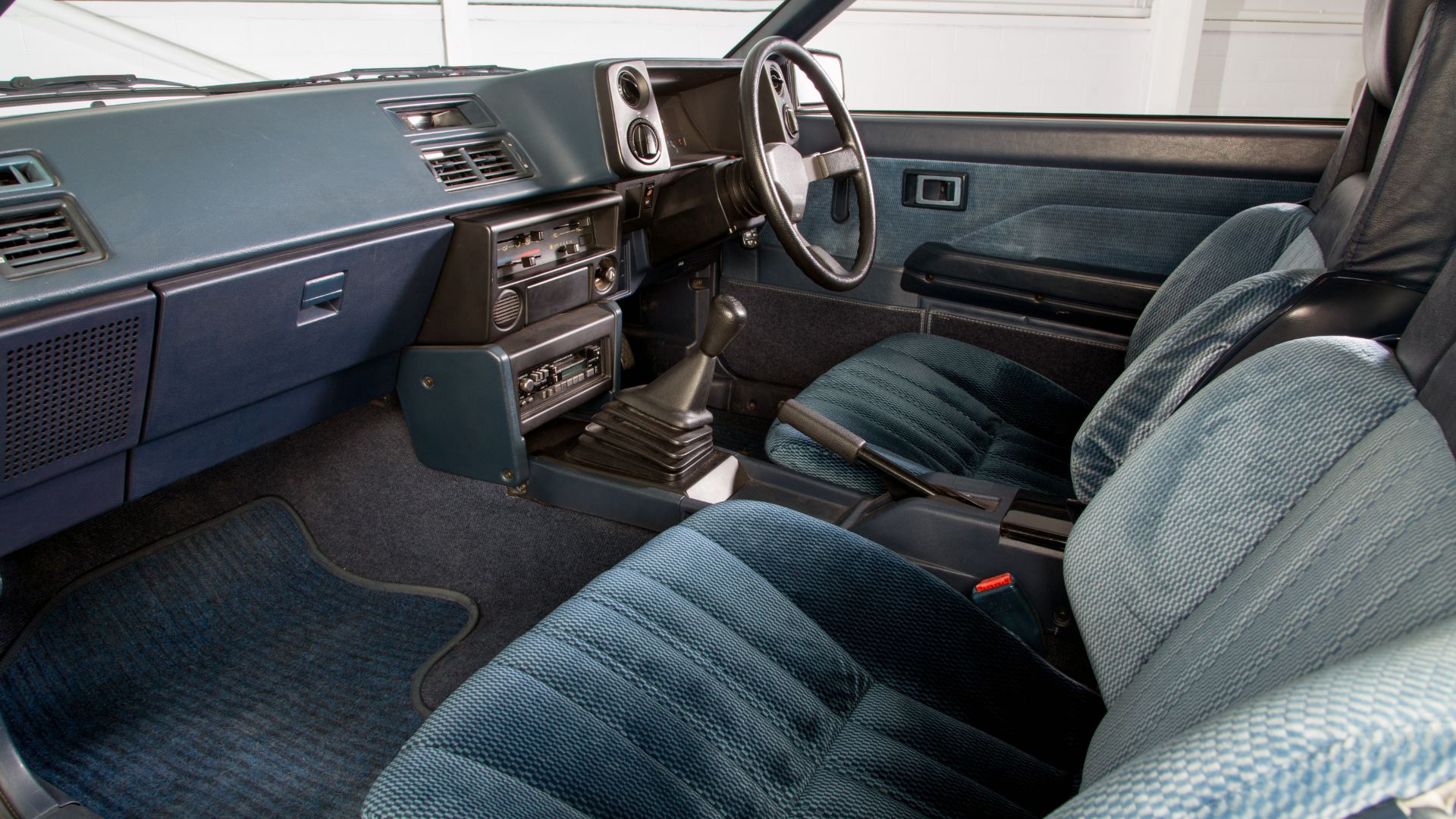 The Corolla GT has the same 125hp 1.6-litre engine as the original Toyota MR2. In a car weighing just 970kg (a new Ford Focus is 1,280kg), that means ‘warm hatch’ performance by today’s standards.

The 0-62mph dash takes 8.3 seconds and top speed is 122mph. A five-speed gearbox sends drive to the rear wheels, while suspension is by MacPherson struts at the front and an antiquated live axle at the back.

Despite having spent many hours racing a virtual AE86 in Gran Turismo, I was prepared to be disappointed by the real thing. Fortunately, this is one eighties throwback that lives up to the hype.

Let’s start with the twin-overhead-cam engine, which offers electric throttle response and revs all the way to 7,700rpm. It sounds fantastic, too, the noise hardening to a visceral snarl as the needle passes 4,500rpm. The Toyota isn’t fast by modern standards, but there’s ample performance here – if you’re prepared to work for it.

Ending a brilliant day at Toyota with the sublime Corolla AE86. Such a cool car. Now to find some roundabouts… pic.twitter.com/dMKLqo12n2

However, the AE86 legend was built on the drift circuit, not the drag strip. And it’s the way this car goes around corners that still gets enthusiasts excited. The unassisted steering feels wonderfully delicate, while a prod of the throttle adds some easily-controlled steer-from-the-rear.

We couldn’t make the pilgrimage to Japan’s Mount Fuji, but a few empty roundabouts near Crawley provided plenty of laugh-out-loud fun. 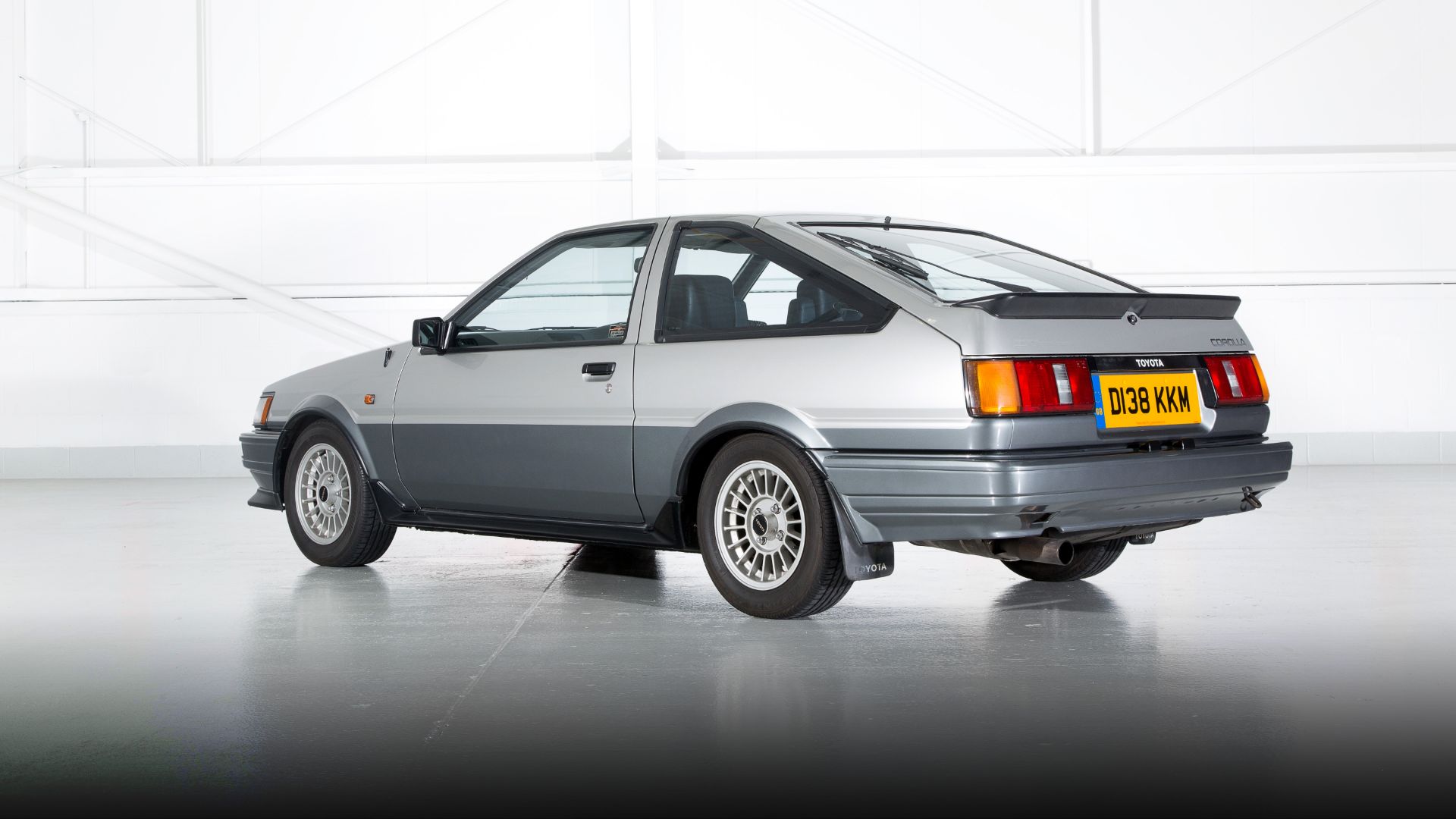 Well, it’s a Toyota, so reliability comes as standard. That said, even the youngest AE86 is now 33 years old, so careful maintenance is crucial. A strong enthusiast following – including a very active AE86 Facebook group – should help with sourcing parts.

Toyota quotes fuel economy of 31.7mpg on the urban cycle, 45.6mpg at a constant 56mph and 34.9mpg at 75mph. Don’t expect to get anywhere near those figures if you drive the car hard, though.

Forget all the tyre-smoking mythology for a minute, At heart, the AE86 is still a Toyota Corolla. And that makes it a genuine daily-driver. There’s ample space for four adults and a 255-litre boot (slightly smaller than a new Volkswagen Polo).

The soft, velour-trimmed seats are a world away from the hard-backed buckets you’d find in a modern hot hatch, while the rear bench splits and folds for added practicality. Despite a lack of adjustment for the steering wheel, it’s easy to get comfortable. I’d love to drive this car every day. 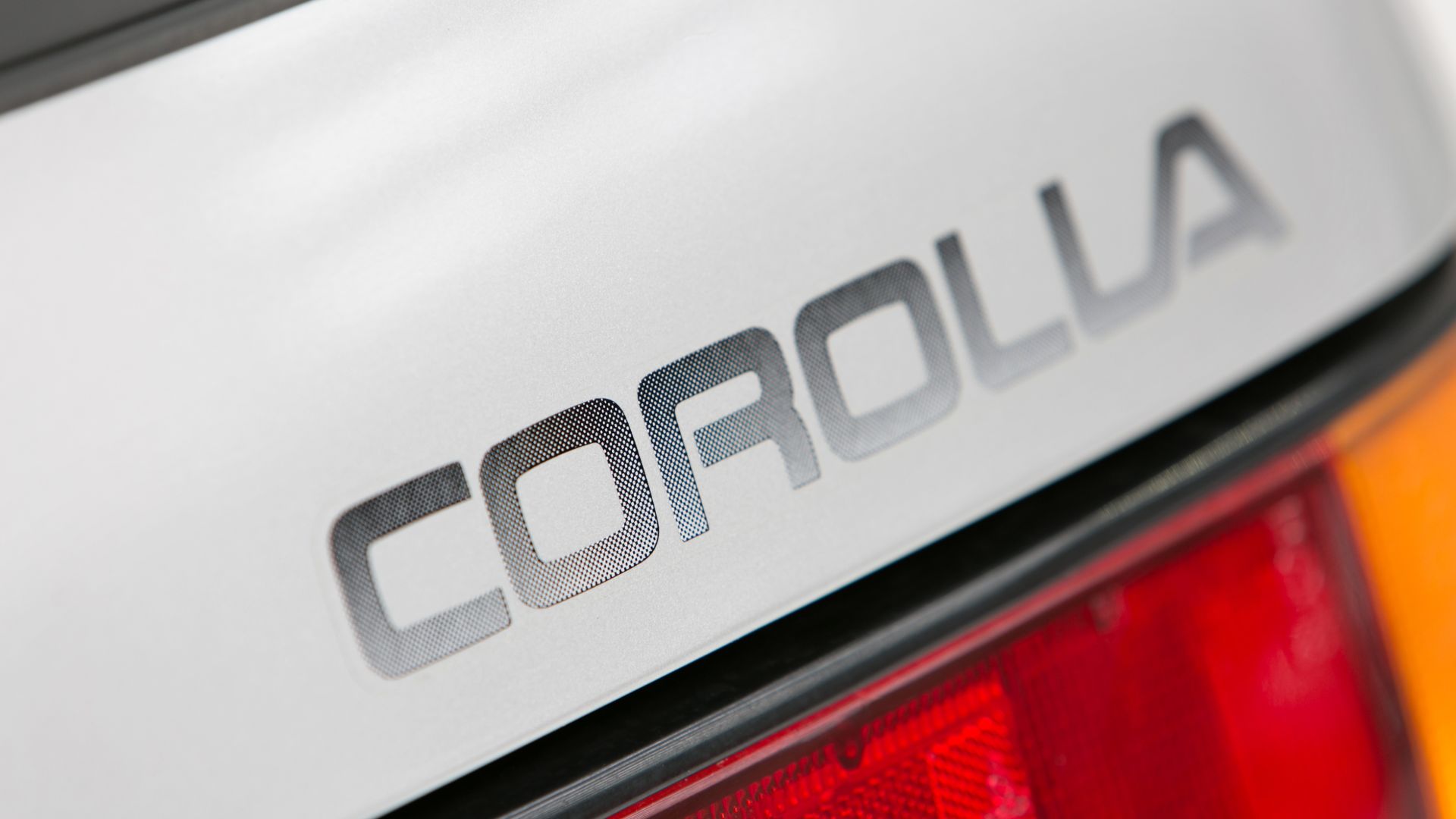 The Corolla may be the best-selling car of all time, but the AE86 is a relatively rare beast. And its cult status means prices have been creeping upwards; expect to pay well into five figures for a good one.

I found just one listed in the classifieds at the time of writing, priced at £17,500. That kind of money buys a nice used Toyota GT86 – the car’s modern successor. That said, it’s still cheaper than an equivalent Mk2 Escort.

As with any car from the 1980s, rust is a potential killer. Check the wheelarches, boot floor and scuttle panel (at the base of the windscreen) for signs of rot. Uneven panel gaps are a tell-tale sign of crash damage, so inspect these carefully, too.

Remember,  these cars don’t have stability control – or any other electronic safety systems – so many will have left the road sideways at some point.

Originality is key for preserving values, and indeed the purity of its RWD handling, so avoid modified examples if possible. And be wary of cars with interior and exterior trim missing – small parts can be difficult to source. 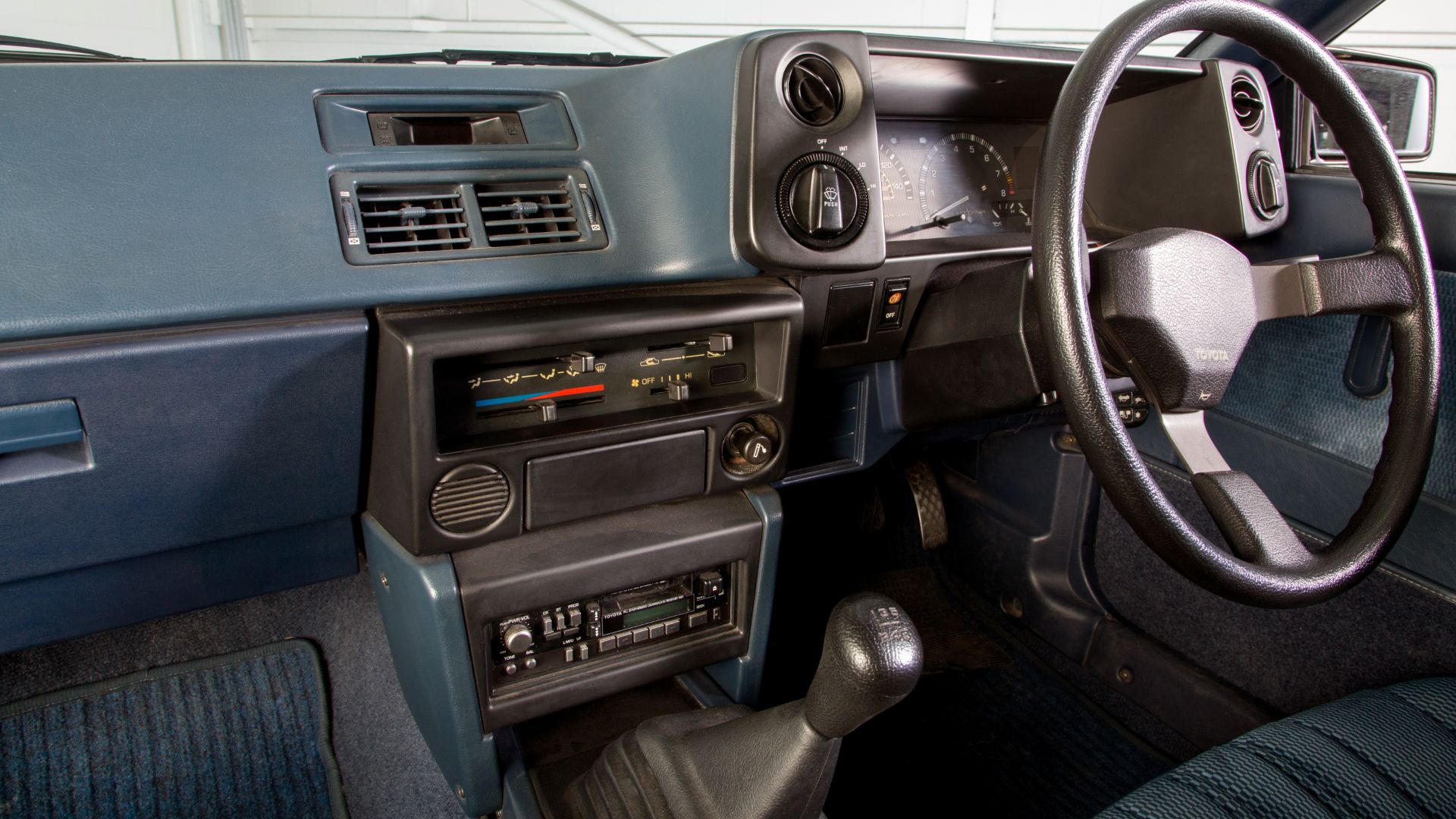 That’s a tough one. I drove a selection of classic cars from Toyota’s heritage fleet, including an original MR2 and a bonkers mid-engined Aygo. Yet the AE86 was the car I wanted to take home.

It just looks so cool (especially to in-the-know petrolheads), and that analogue driving experience can’t fail to make you grin. I’d have one in my dream garage, no question.

Back in the real world, though, a nearly-new GT86 offers similar thrills with all the convenience and reliability of a modern car. And it’s a guaranteed future classic, too. Alternatively, you could pick up an original MR2 for around a third of the price. You pays your money… 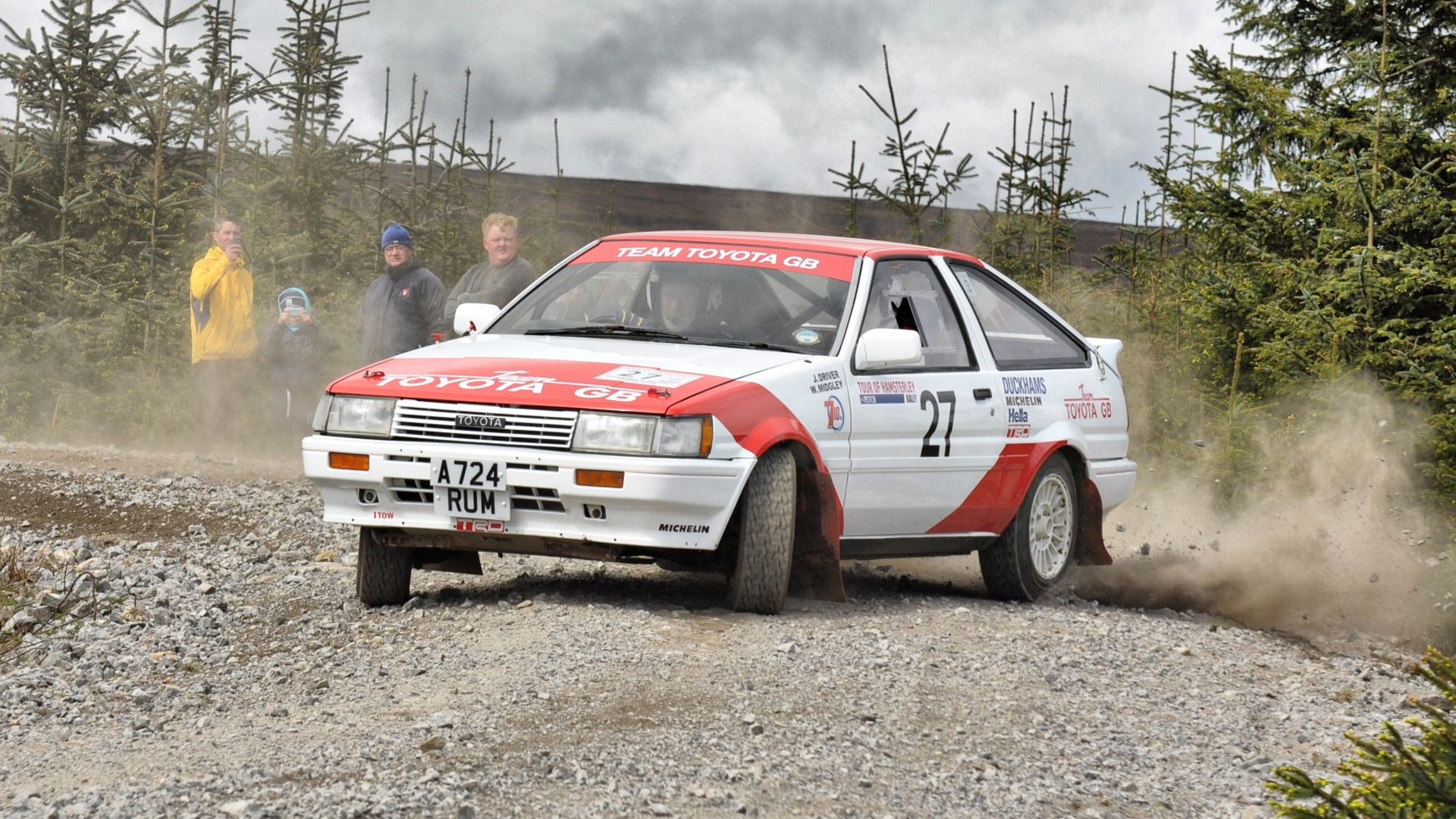 The AE86 is nicknamed Hachi Roku – Japanese for ‘eight-six’. The car seen here was known as the Corolla Levin GT in Japan, while a version with pop-up headlights was called the Sprinter Trueno.

A year on from the government’s announcement of the Road to Zero plan, British motorists remain hesitant about a number of aspects of EV motoring.
Read more

BMW i8 signs off with ‘Ultimate Sophisto Edition’

While we love adding spoilers and alloy wheels to our cars, apparently, but we hate car eyelashes and copious numbers of teddies
Read more

McLaren makes a track-day epic that works just as well on the road. Pity we can no longer buy it...
Read more