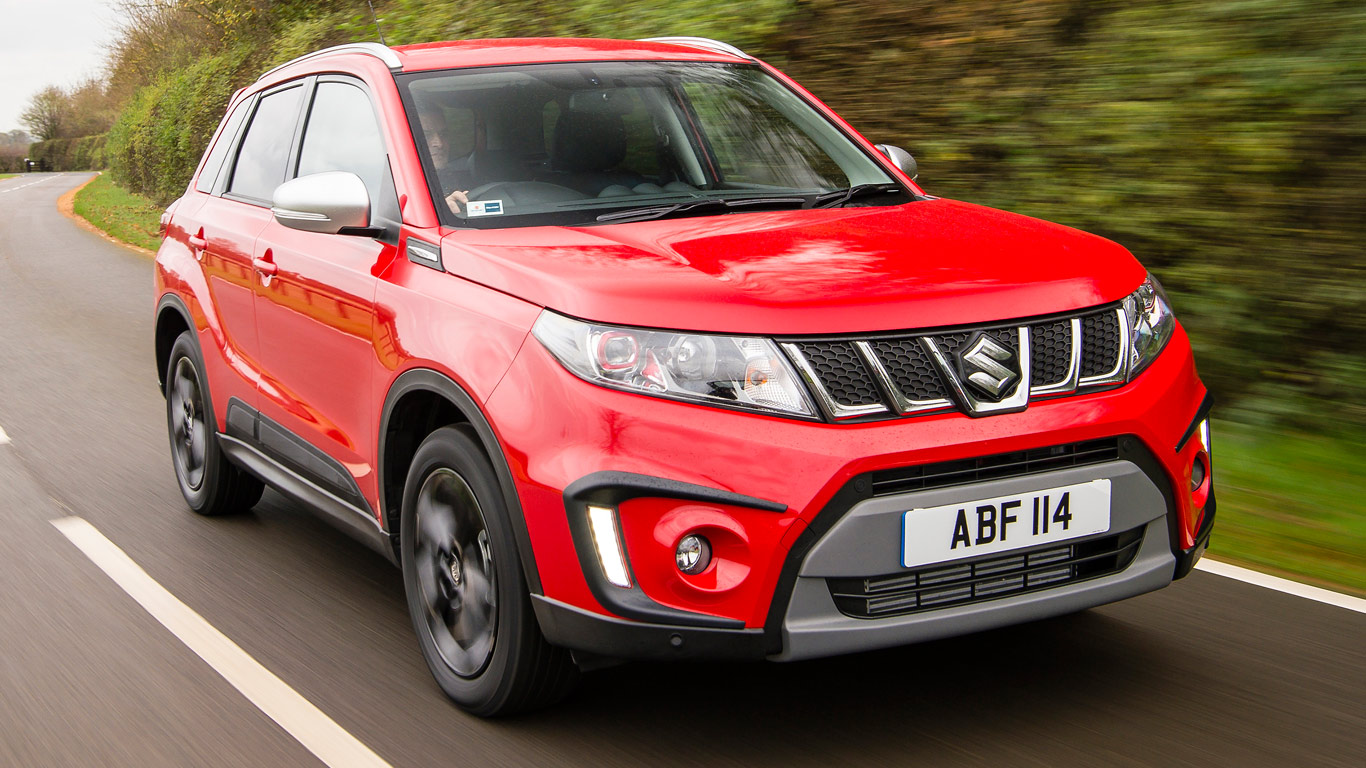 This is the hot hatch of SUVs. It really is. It’s Suzuki’s latest (and rather good) Vitara, fitted with an all-new 1.4-litre turbocharged petrol engine and, in this case, an automatic gearbox. But is it worth the £20,000-plus asking price? Keep clicking to find out…

There’s no shortage of trendy crossovers on the market, especially if you’ve got a Vitara S budget to play with. There’s the darling of the segment, the Nissan Juke, as well as its platform-sharing Renault Captur. Both of these are perhaps quirkier choices, but lack the off-road credibility of the Vitara. Then there are fashionable options such as the Jeep Renegade and Fiat 500X – both of which are available with a 170hp petrol engine, if you’re after sprightly performance.

So, that 1.4-litre turbo? Despite being smaller than the 1.6-litre petrol also offered, it actually sits above the bigger engine in the Vitara range. It produces 140hp and 162lb ft of torque (that’s more than Suzuki’s hot hatch, the Swift Sport), resulting in a 0-62mph time of 10.2 seconds.

The standard Vitara, especially when fitted with four-wheel-drive (standard on the Vitara S), handles really well. Body-roll is well controlled, while the steering provides plenty of feedback. It’s definitely a ‘warm hatch’ among crossover SUVs – even more so when fitted with this eager engine.

It feels considerably quicker than its 0-62mph time suggests. A low 1,210kg kerb weight (nothing for an SUV) makes it pretty nimble, while the automatic gearbox is quite happy to drop down in a hurry if you’re looking to overtake or accelerate out of a corner as quickly as possible.

Following the downsized-engine-plus-turbo recipe, the Vitara S is actually more efficient than the sensible 1.6-litre in the range. Officially, anyway. While the auto returns 51.4mpg on the combined cycle (52.3mpg for the manual), small capacity turbos like this usually struggle to match their official figures. And if you drive it like a hot hatch? Well…

Yes, more so than many of its rivals. The Vitara boasts a 375-litre boot space with the seats up, while the boot opening is large and easily accessible. Rear passengers will appreciate the high-up seating position and good visibility and, although the interior does have a few less-than-premium plastics, it’s largely a pleasant cabin. There’s a lot of standard kit, too.

The Vitara’s four-wheel-drive system should provide that extra stability if you regularly drive in slippery conditions. Like most of its ilk, it usually runs as a front-wheel drive car, diverting power to the rear when required. It’s clever, though – the Vitara will anticipate this before it happens. So, if you mash the accelerator mid-bend, it’ll send power to the rear before it detects slip.

Combine this with a five-star Euro NCAP safety rating and a plethora of tech (such as an automatic radar braking system), and the Vitara should prove a very safe family SUV.

If you’re after the 1.4-litre turbocharged engine (we’d recommend it if you’re budget can stretch to it), you’re restricted to the top-of-the-range Vitara S. The only choice to make then is the £20,899 manual or £22,249 auto. We’d probably opt for the manual ’box, but that comes down to personal preference.

If you want a crossover that drives really well, then yes. It’s a hefty price to pay for a Vitara, but you do get a lot for your money in the range-topping Vitara S. Suzuki has a reputation for making reliable cars, so the Vitara shouldn’t prove troublesome, and it has more off-road ability that most of its peers. It’s a smart buy.

To brighten up the cabin, Suzuki has given the Vitara S various splashes of colour as standard. We like the red stitching on the steering wheel and seats, but the rings around the air vents definitely look pink to us. They’re red, insists Suzuki, but they’re anodised – which might make them appear pink in certain lights. Tell that to your mates down the pub.