We try an Italian-inspired, British-built Swedish car that proves old Volvos can be sexy 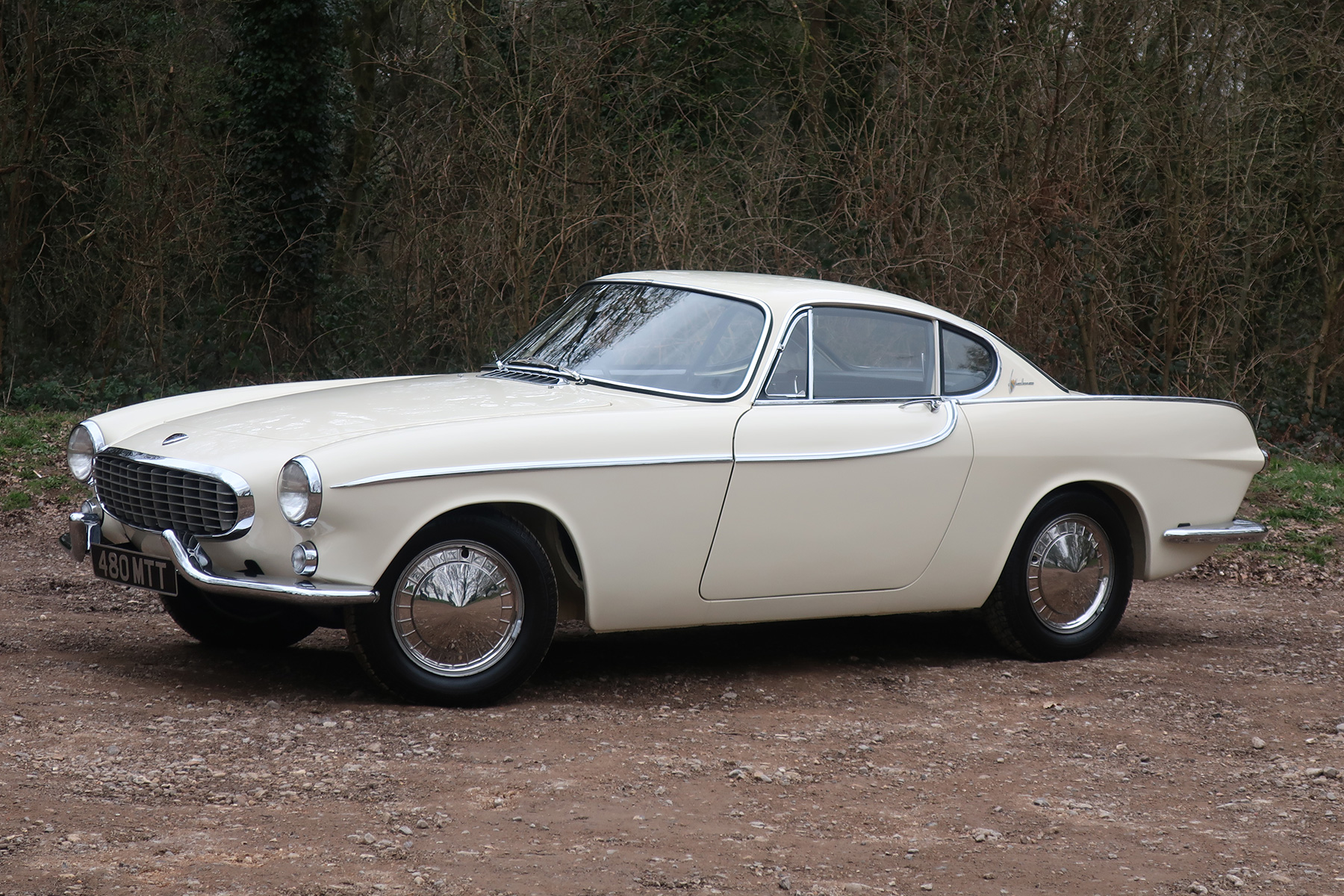 Woolly jumpers, thick-rimmed glasses and antique chests of drawers. Until recently, these are all things that probably sprung to mind when you thought of Volvo.

The Swedish carmaker has done a commendable job of shaking off that image in recent years, though. Its current lineup is arguably the strongest in the industry, all up to the job of challenging German competitors (and seemingly a never-ending talent for picking up awards), while a move towards SUVs means Volvos are now bang-on-trend.

However, the firm hasn’t always made cars for the family man. At the 1960 Brussels Motor Show, the Italian-inspired P1800 was revealed. Intended to increase traffic to Volvo showrooms, the Amazon-based sports car was designed by Pelle Petterson, the son of Volvo engineering consultant Helmer Petterson.

The story goes that four design proposals were ordered from Italy, while Petterson also snuck in a design by his son: a student at the Petro Frua design house. A board unanimously agreed that Petterson’s proposal was best, despite being penned by a 25-year-old Gothenburg native. For more than 50 years, the firm insisted that it was an Italian design.

The P1800 nearly didn’t see the light of day as Volvo didn’t have the production capacity to produce an entirely new model, even in small numbers. Fortunately, two British firms were willing to help out: Pressed Steel would build the bodies while Jensen Motors would paint and assemble the cars. This arrangement lasted until 1963, when quality control problems at Jensen led to production being moved to Volvo’s Lundby plant in Gothenburg.

480 MTT is a UK model, built in 1962. Restored by the Volvo Enthusiasts Club at the National Classic Car Show in 1994, it was subsequently bought by Volvo Car UK and used for various marketing activities, including an appearance in an advert for the Volvo 480 (now a classic in its own right).

Twenty-odd years of neglect led to it needing some TLC, which in turn led to another full-blown restoration. Volvo-approved bodyshop MR King and Sons completed the work, which included reworking of panels to rid the car of any filler. No new panels were needed, however, and the car isn’t concours. Volvo wants it to be used, and retain some of the patina gained throughout its life. 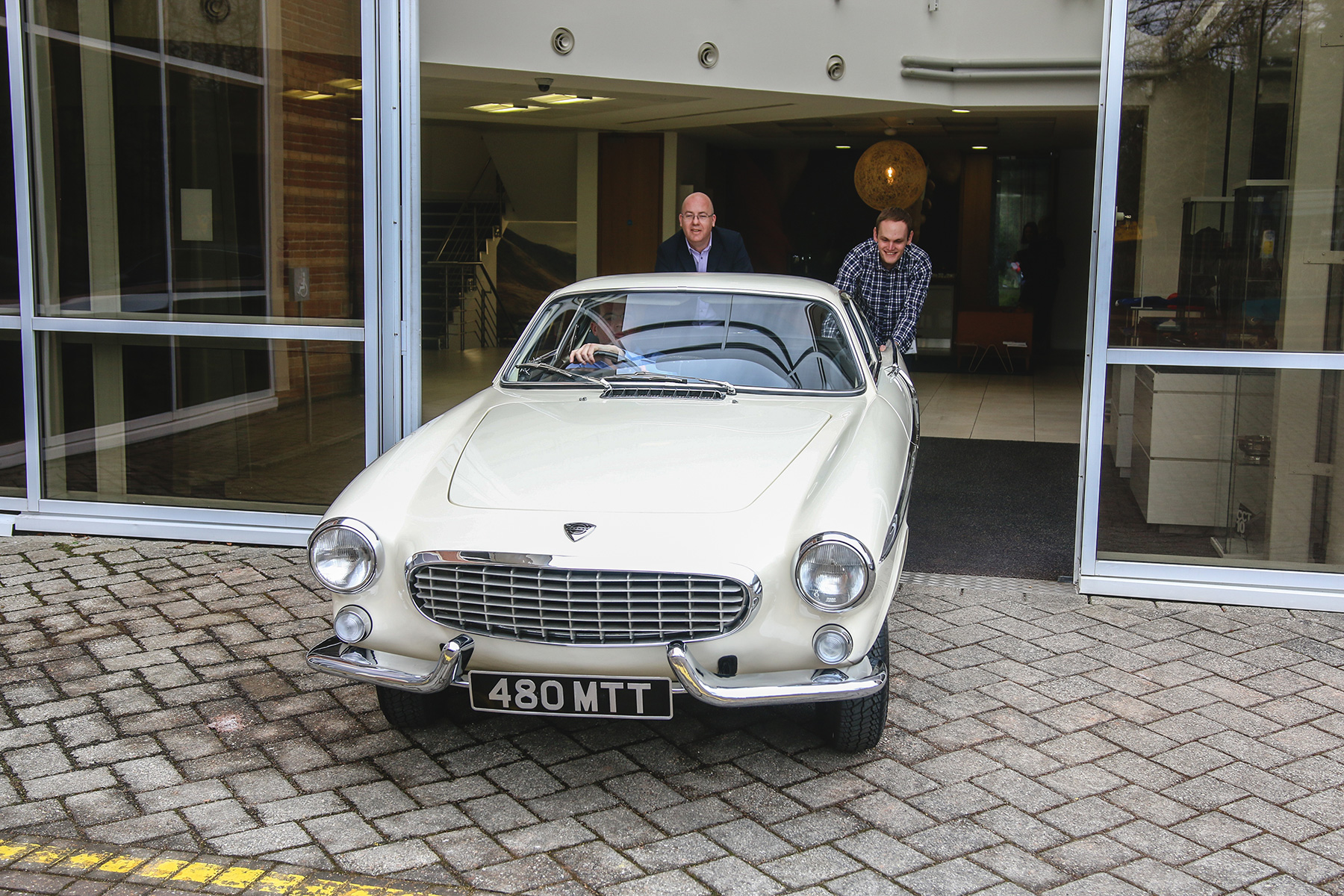 Before I can drive the P1800, it needs pushing out of the reception of Volvo UK’s Maidenhead HQ. And before that can happen, people need to be cleared. In a company of car enthusiasts, barely a soul walks past without stopping to ask questions or take a peek under the bonnet.

Incidentally, under said bonnet is a 1.8-litre four-cylinder twin-carb petrol engine (fuel injection followed in 1969). As with all carbureted engines, it runs a bit rough on start-up and its emissions aren’t exactly office-friendly – hence having to push it out of the building.

Once out in the open and up to temperature, the 100hp engine runs smoothly and I can fully enjoy the magnificence of the P1800’s cabin. It recently appeared in our coolest car dashboards feature – and justifiably so. The dash-mounted rear-view mirror is a personal highlight, as are the two-spoke wheel, needle-thin indicator stalks and cool dials (criticised at the time for being too gimmicky). Oh, and there’s the ultra-clever (and ultra-simple) belt buckle. Volvo invented the three-point seatbelt, don’t cha know?

It takes a little time to adjust to the 56-year-old car, but I’ve soon got my head around the rather manual controls. Finding gears is easy – although reverse takes a little searching for – and there’s an overdrive to help progress. By today’s standards, the P1800 is not fast, but maintaining 60mph on rural roads close to Maidenhead is no mean feat for a car as old as this.

While Roger Moore famously drove a P1800 in The Saint, I resist the temptation to ‘do a Simon Templar’ and punt the P1800 sideways in pursuit of baddies. Despite being rear-drive and electronic-aid-free, it feels rather ‘Volvo’ on the road. By that, I mean it’s a car to waft around in rather than chuck about.

But who cares when it looks as good as it does? While we’re taking some shots in a rural car park, a guy in an E30-shape BMW 3 Series pulls up and asks if he can buy it. It gets that sort of reaction.

You might have to put some groundwork in searching for the right P1800, but there is at least a varied selection in the classifieds at the time of writing. Deciding what you want is the first step. A British-built P1800, as featured here and perhaps the most sought-after model, or a Swedish-built P1800S? The P1800E came along with fuel injection in 1970, while the stunning P1800ES station wagon was launched in 1972.

Fuel injection has its benefits, and we prefer the look of the ES, but early P1800 examples are the most desirable among enthusiasts. In truth, you’d be better buying on condition than getting too hung up about a particular model.

Rust is the P1800’s most troublesome issue. The Volvo Enthusiasts Club offers a spares service that will help you find replacement or repair panels, but some are expensive and they’re not all available. Inspect any potential buy thoroughly, and be on the lookout for dodgy repairs and filler.

If you find one that’s cosmetically sound, there’s little else to worry about. Mechanically, the P1800 is extremely robust, but do check that a genuine Volvo oil filter is fitted. Also look out for smoke on start-up, and make sure the clutch bites cleanly without any juddering. 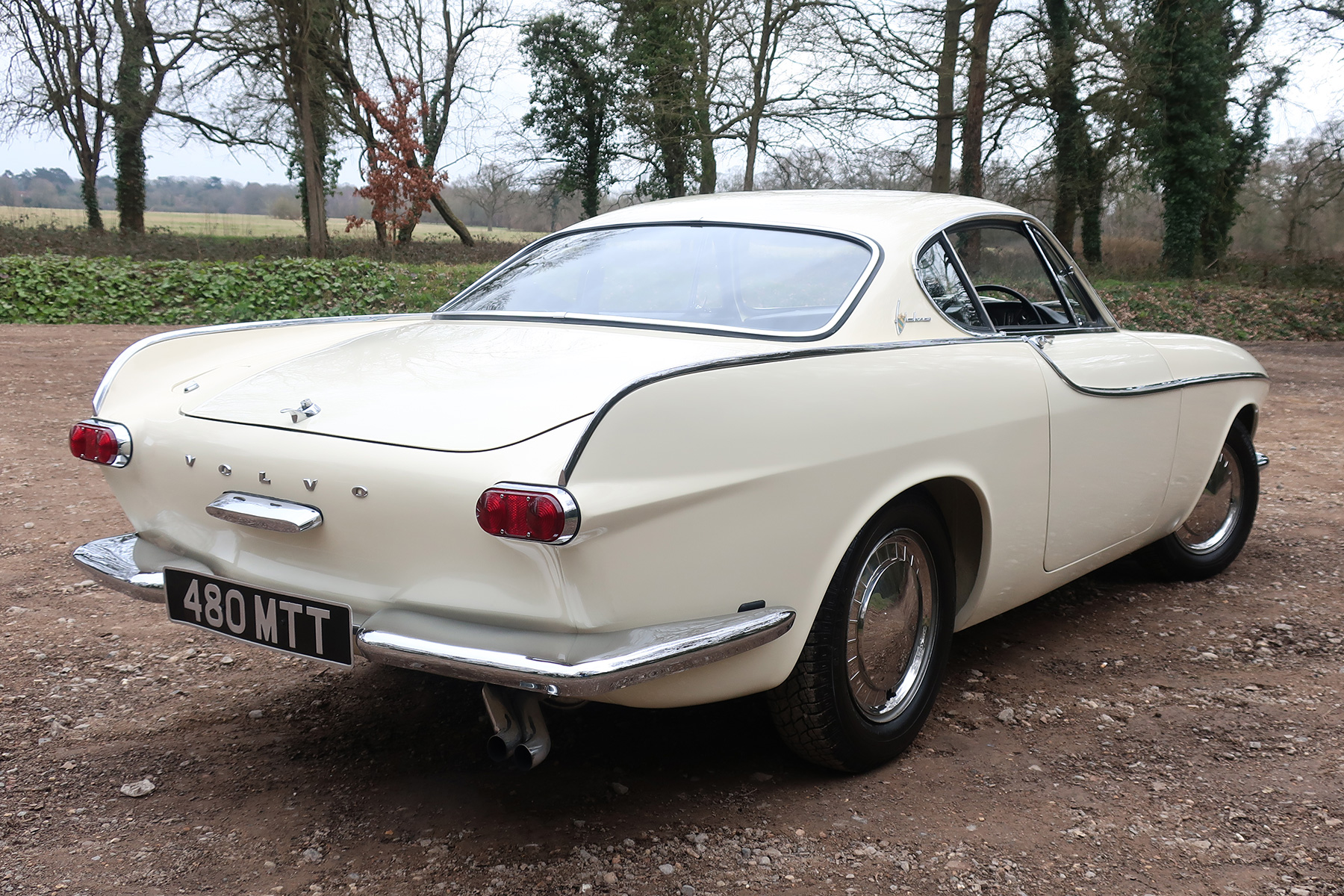 Volvo is on form right now, yet the P1800 of more than 50 years ago remains one of the brand’s coolest cars ever. I’d be happy to have one on my driveway just to look at, never mind to drive.

If you’re after thrills, you’re probably not going to get them from the P1800. But you will get a great deal of pleasure from simply driving it around gently, being waved at by other motorists and attracting attention wherever you go. Volvo UK’s example is simply stunning – not concours, and all the better for it.

Finding a good one is tricky, but not impossible. Buy the best you can afford – they’re not that expensive in classic car terms – and don’t underestimate the work involved in fixing rust.

The company that saved Aston Martin has invested in Morgan

Morgan has announced it has secured investment from Investindustrial, as the Plus Six is revealed on its new platform.
Read more

The new cars worth waiting for in 2019

As the curtains close on 2018, we look forward to 2019 with the help of 19 new cars set to hit the streets in the new year
Read more

New research has found particulate emissions from your car's braking system could be just as harmful as those from diesel engine exhausts.
Read more

We drive Lexus’ traffic-stopping flagship coupe: the hybrid-powered LC500h. Is it a luxurious GT, a sports car – or both?
Read more

The Grand Tour season 3 review: if you like it, watch it. If you don’t, don’t

Motown Funk: season three of The Grand Tour opens with Clarkson, Hammond and May hurtling through the streets of Detroit.
Read more

M25 closed overnight in Kent due to SINKHOLES