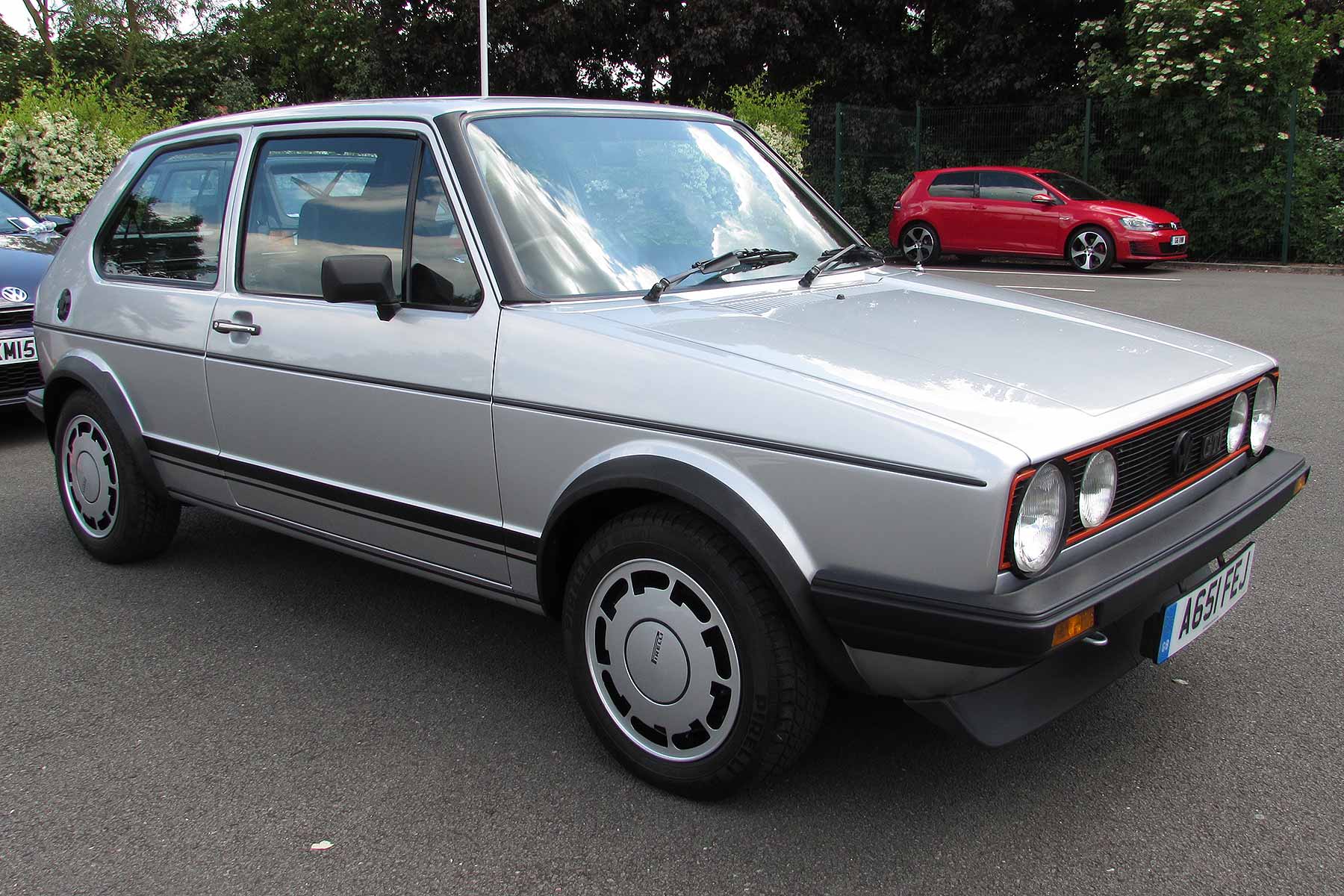 The story of how the Mk1 Golf GTI came to be is well trodden. Mid-1970s Volkswagen engineers install a punchy 110hp fuel-injected 1.6-litre Audi engine into a Golf, tune the suspension a bit, give it a bit of a visual makeover and intend to launch it as a limited-to-5,000 special edition originally to be called Golf Sport until some genius swaps it to Golf GTI. Car buyers discover it, go crazy and, 40 years later, we’re on the seventh edition and counting.

That’s why Volkswagen UK has such a pristine late-model Mk1 GTI as part of its heritage fleet: four decades on from its global debut, we grabbed the keys to see if the magic is still there. 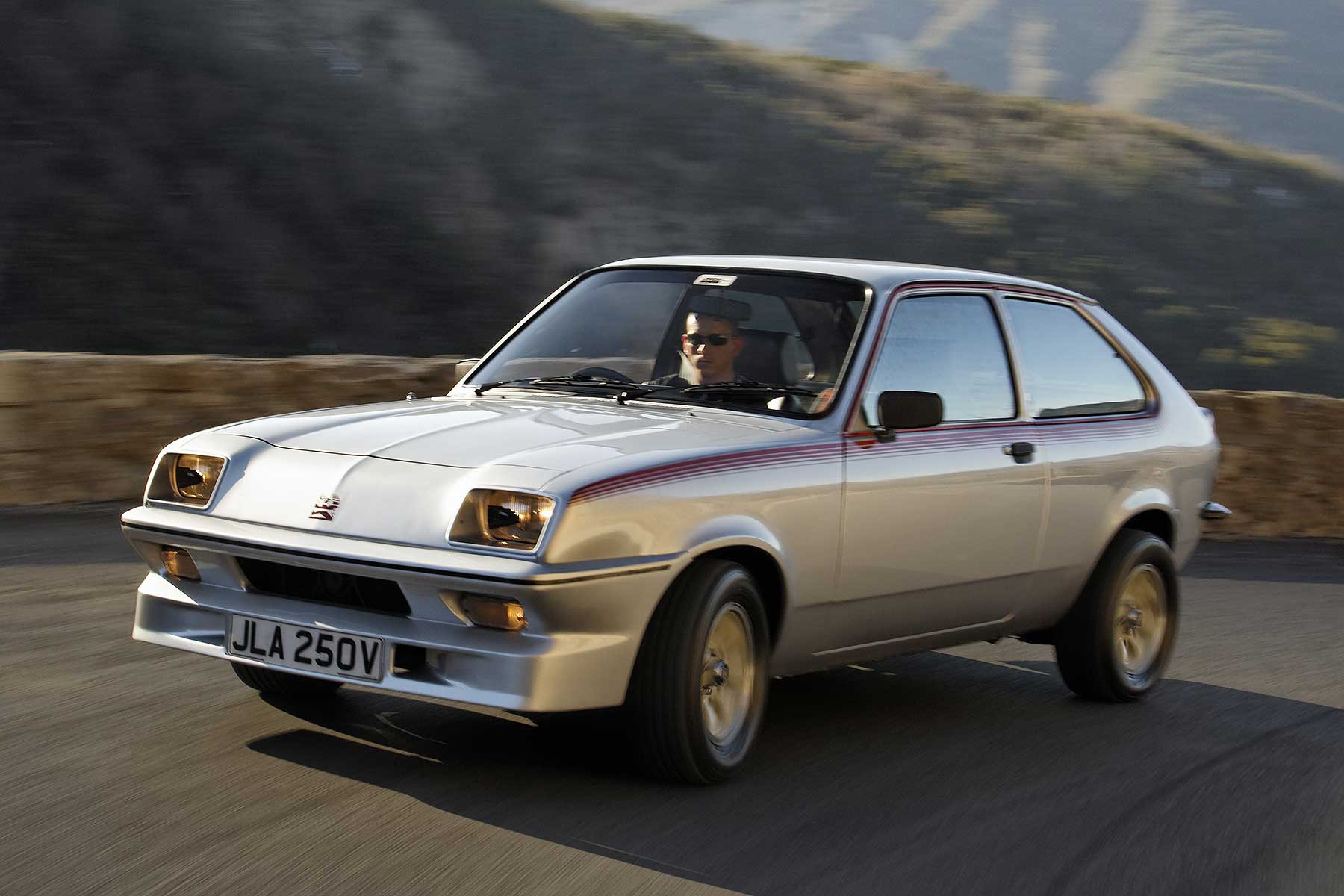 Today, the Golf GTI has innumerate rivals: back in 1976, it had none. It was the world’s first proper hot hatch and was more likely to be pitched against the dreary old MGB to decide affordable sports car honours. The Mk2 Ford Escort 1600 Sport and RS2000 were more family-friendly alternatives, albeit saloon only, but then it was really just specialists such as the Talbot Sunbeam Ti and Vauxhall Chevette HS: it wasn’t until the 1980s that rivals such as the Ford Escort XR3 and Vauxhall Astra GTE arrived. 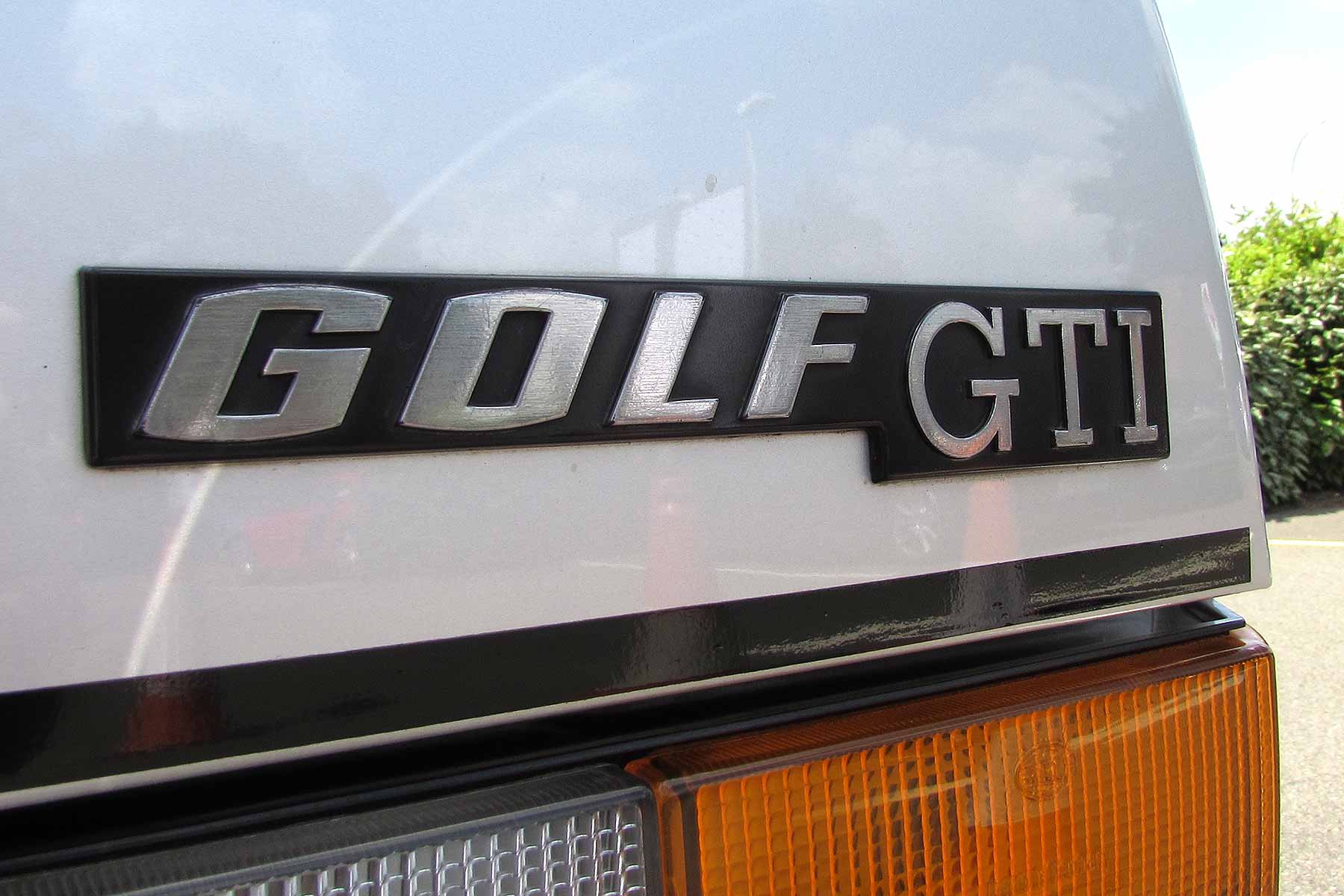 The early 110bhp 1.6-litre Golf GTI Mk1 engine is from the Audi 80 GT. Dubbed type 827, the addition of Bosch K-Jetronic fuel injection was a serious advance for a 1970s audience used to carburetors. The car we drove had more, though: the later 1.8-litre engine, mated to a five-speed gearbox (early cars had four). Now producing 112hp (and, significantly, much more torque), this engine was really installed to prepare for the 1983 Mk2 Golf GTI. In a car weighing just 810kg, it was a bit of a luxury… 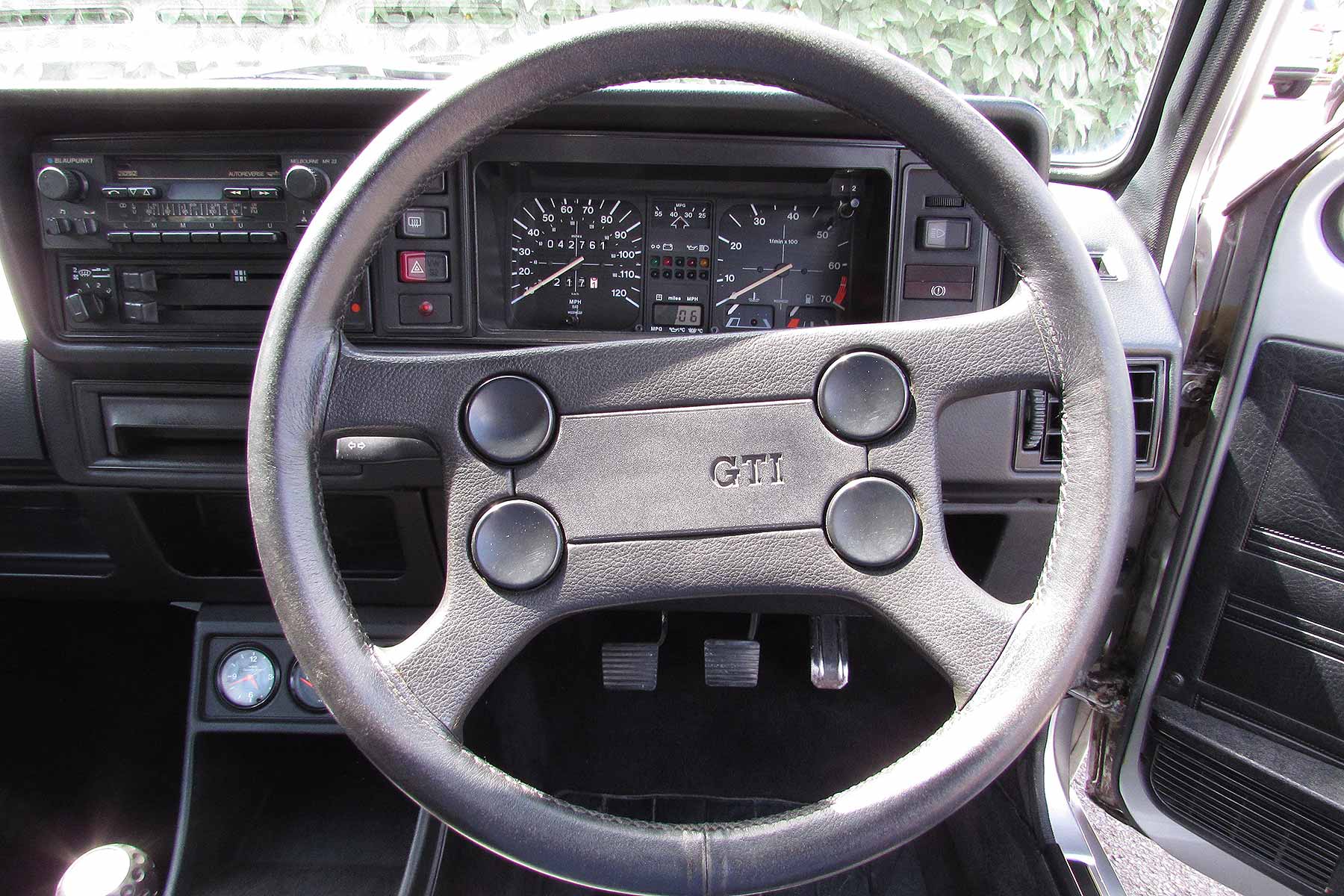 It’s not hard to see why the hot hatch quickly became a thing, because the Mk1 remains wonderful. It weighs next to nothing and the sweet, revvy engine is an absolute gem, meaning it sprints up to speed with a sprightly breeze totally at odds with its many asthmatic period rivals. It’s not as stiff as modern hot hatches but weight and dimensions control mean it doesn’t matter, and although the low-geared steering can be hard work, it’s as intuitive and grin-inducing as they come. Only the brakes are appalling (but then they always were). 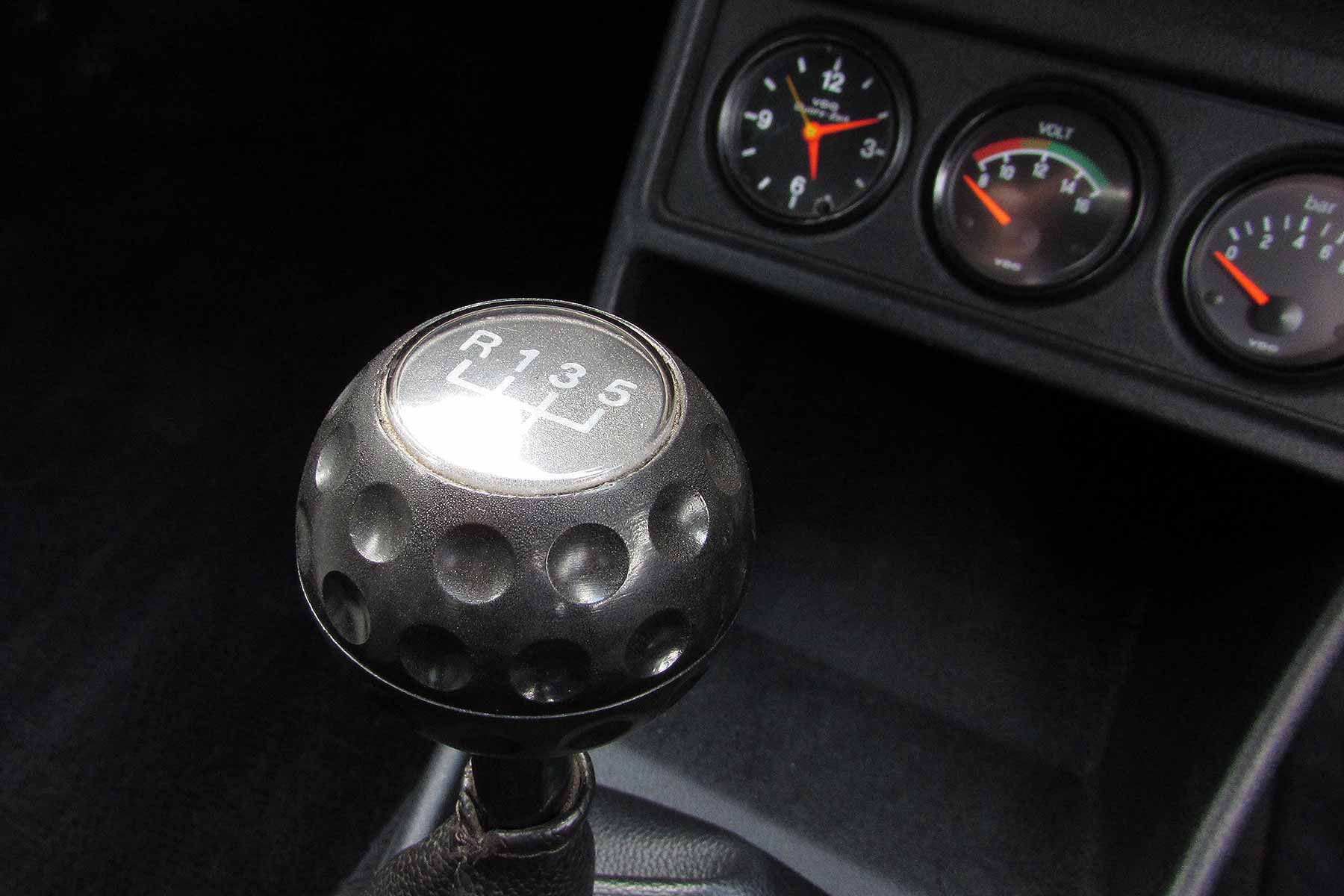 It’s a Golf, so it’s guaranteed to be reliable. Rust’s got many a Mk1 now but the ones that are left are either cossetted or restored, so should be fine. The engine is simple and easy, parts are generally in good supply and there’s endless specialists and forums out there to help you on your way. Classic insurance keeps hot hatch insurance under control and even fuel economy’s fine for a fast car this much fun. 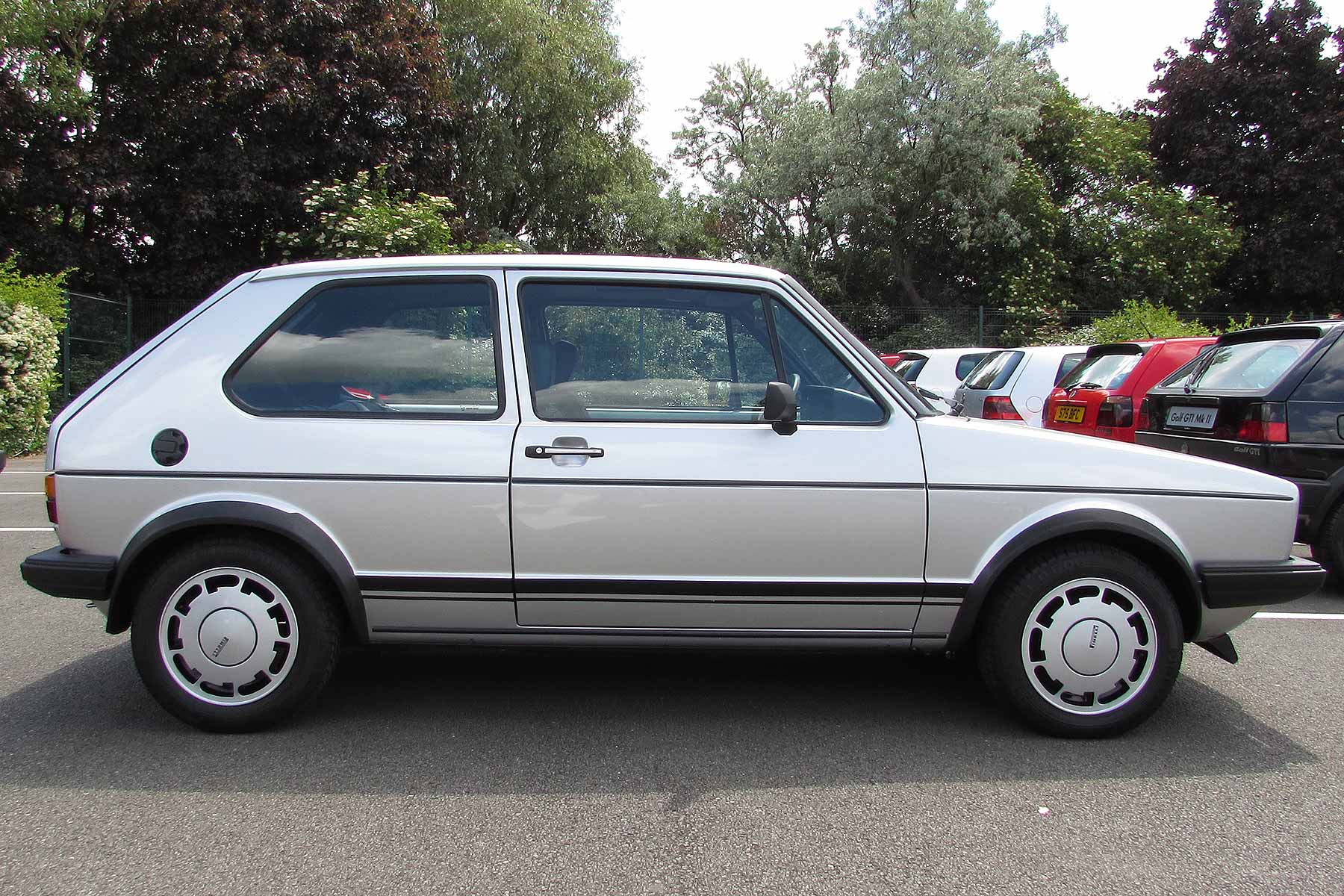 If you don’t mind a lack of air con and brakes, driving a Golf GTI Mk1 every day wouldn’t be an issue: that’s always been part of the car’s very appeal. It’s tough, robust and supremely reliable (‘if only everything in life…’), qualities that made the original car seem revolutionary alongside flakey MGBs and Escort Mk2s. 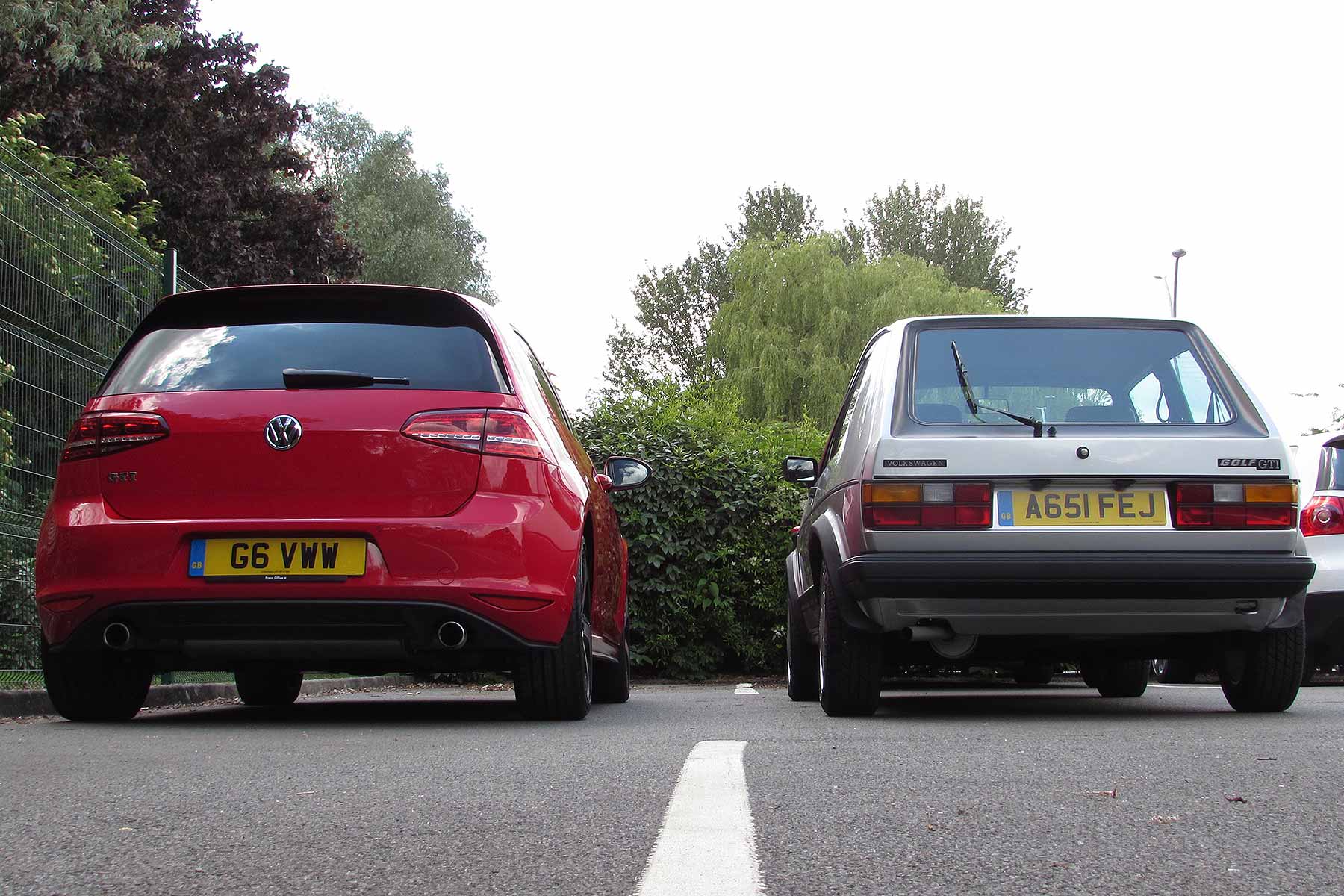 Now you’re asking! Hot hatch prices, like many classic car values, are going bonkers at the moment. It’s easy to find yourself ogling £12,995 Mk1 Golf GTIs, half-convincing yourself that it’s a good idea. £5,000-£6,000 seems to be the safe starter point these days: you can get cheaper but it won’t be as peachy as cars costing a few grand more. At the other end of the scale, name your price: for example, there’s an apparently box-fresh one for sale online at the moment for nearly £19k… 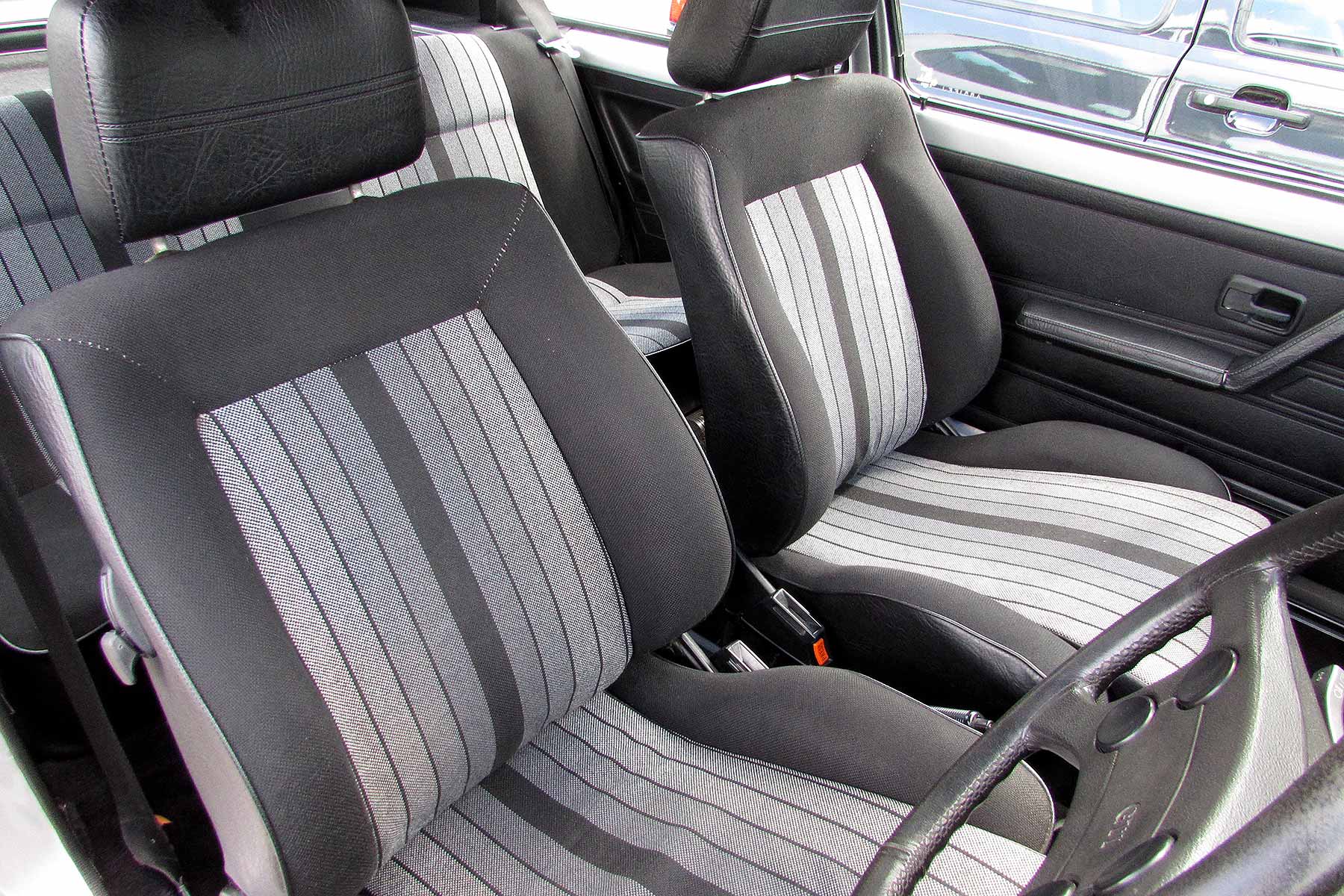 Rust is the killer – well, rust and accident damage. Give any prospective purchase a thorough going over, both the bits you can see and, in particular, the bits you can’t: sills, inner wings, bulkheads, A-pillars and so on. Be very wary of cars trying to be something they’re not too, sold by people trying to make a quick buck in the current hot hatch craze. Solid interiors are a real selling point too: it’s hard to replace worn fabrics these days, and cracked dashboards will always be a mark-down. 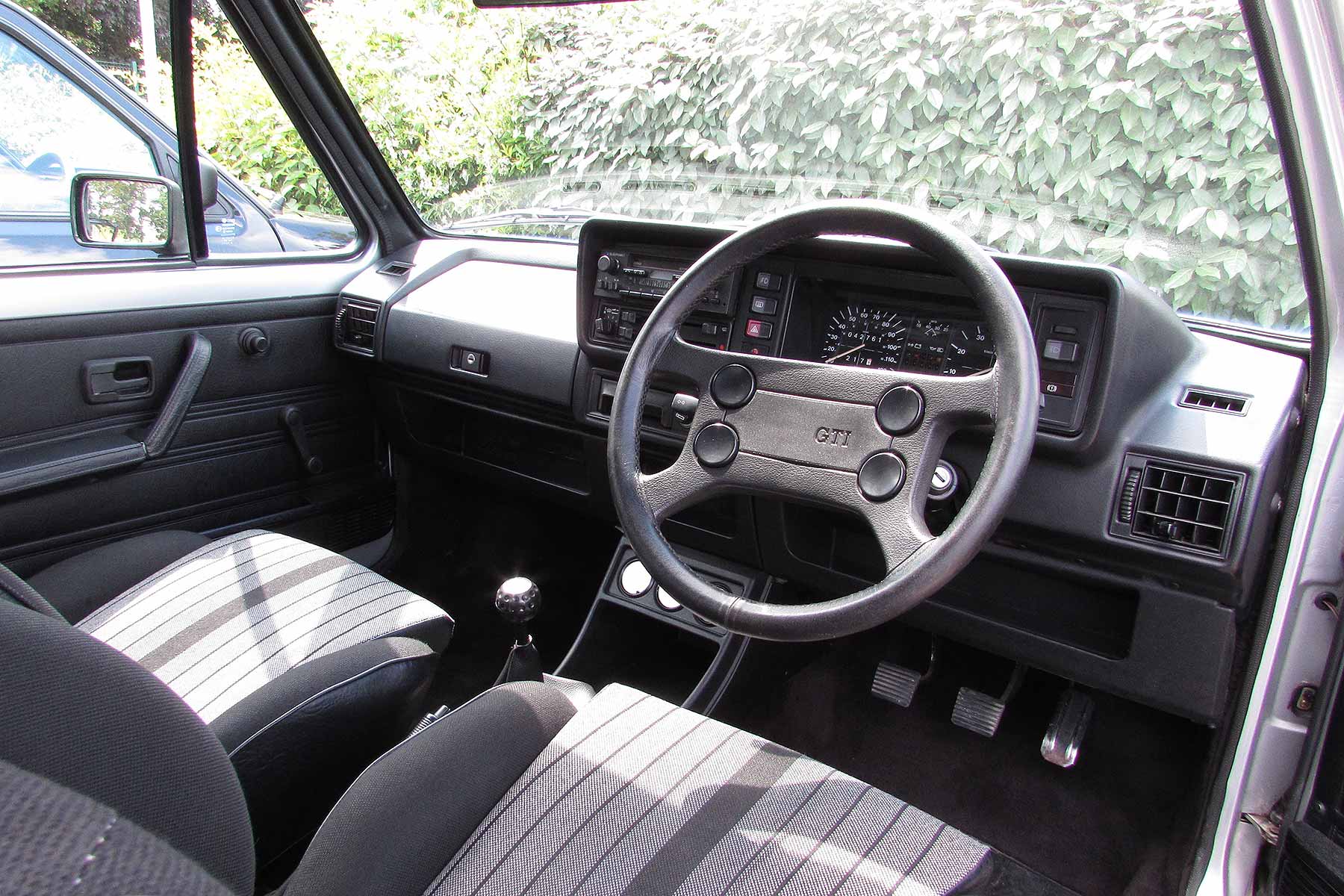 If you want one, find one and can afford it, absolutely buy it. You’ll regret it if you don’t and won’t be disappointed if you do. The Golf GTI Mk1 is a bona fide classic and fully lives up to the hype of being a legend. As hot hatches become ever-more powerful and sophisticated, its delightful blend of simplicity, purity and performance shines ever-brighter and it’s a lovely reminder of where the idolized hot hatch lineage started. Even if it’s not a keeper, you’ll almost certainly sell it for a fortune when you’re finished. 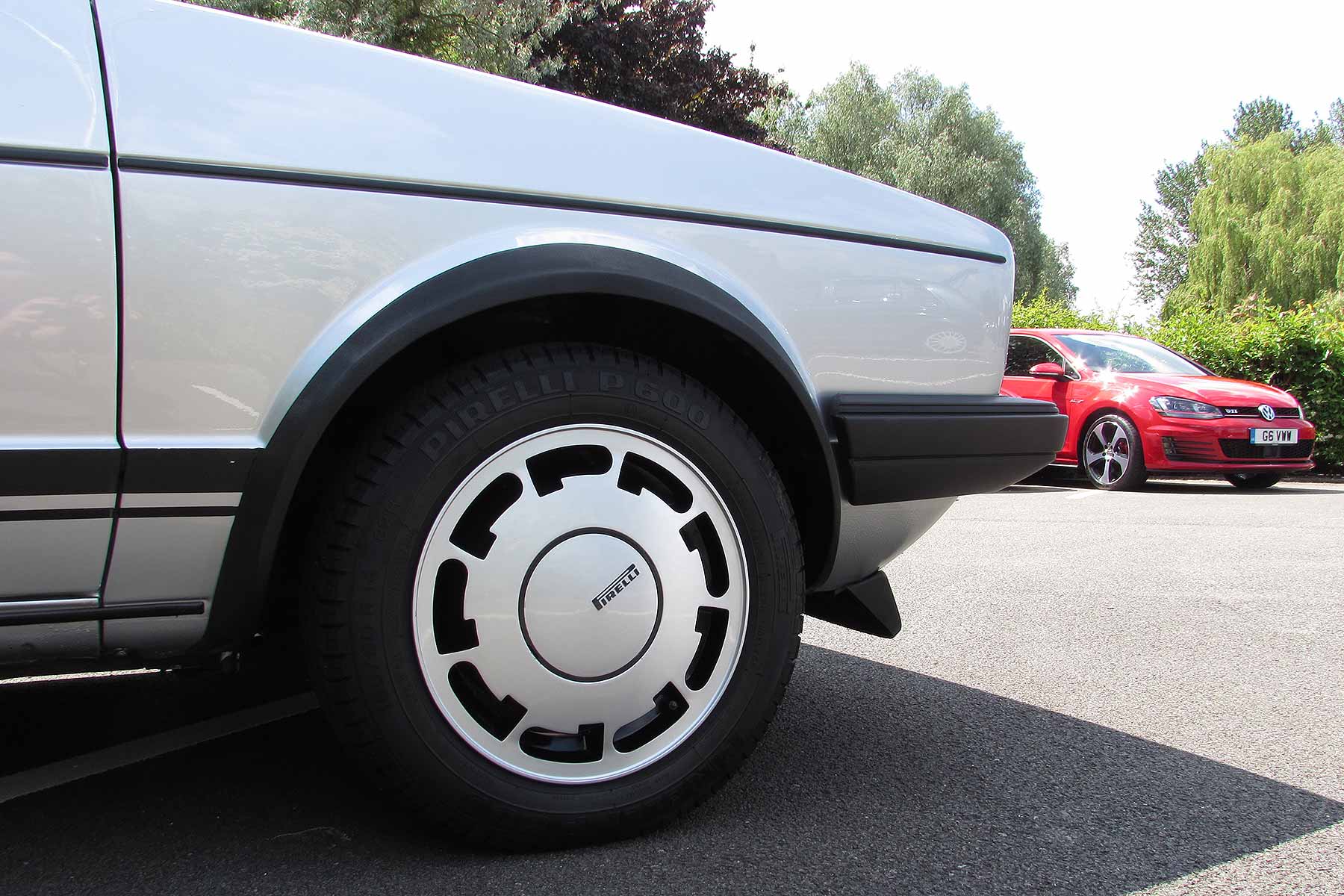 The most lusted-for Mk1 Golf GTI is the Campaign runout special, sold in the summer of 1983. Officially, only 1,000 came to the UK, and these bear an ‘EW’ chassis number plus special extras like the Pirelli P-slot alloys pictured above. There are Campaign-alikes out there though, so check carefully if you’re buying what you think is one! Luckily, there are numerous websites out there which will help you make the very detailed checks required…