Is the Cavalier-based Vauxhall Calibra as good as it looks? We set off for France in a V6 borrowed from Vauxhall UK's heritage fleet 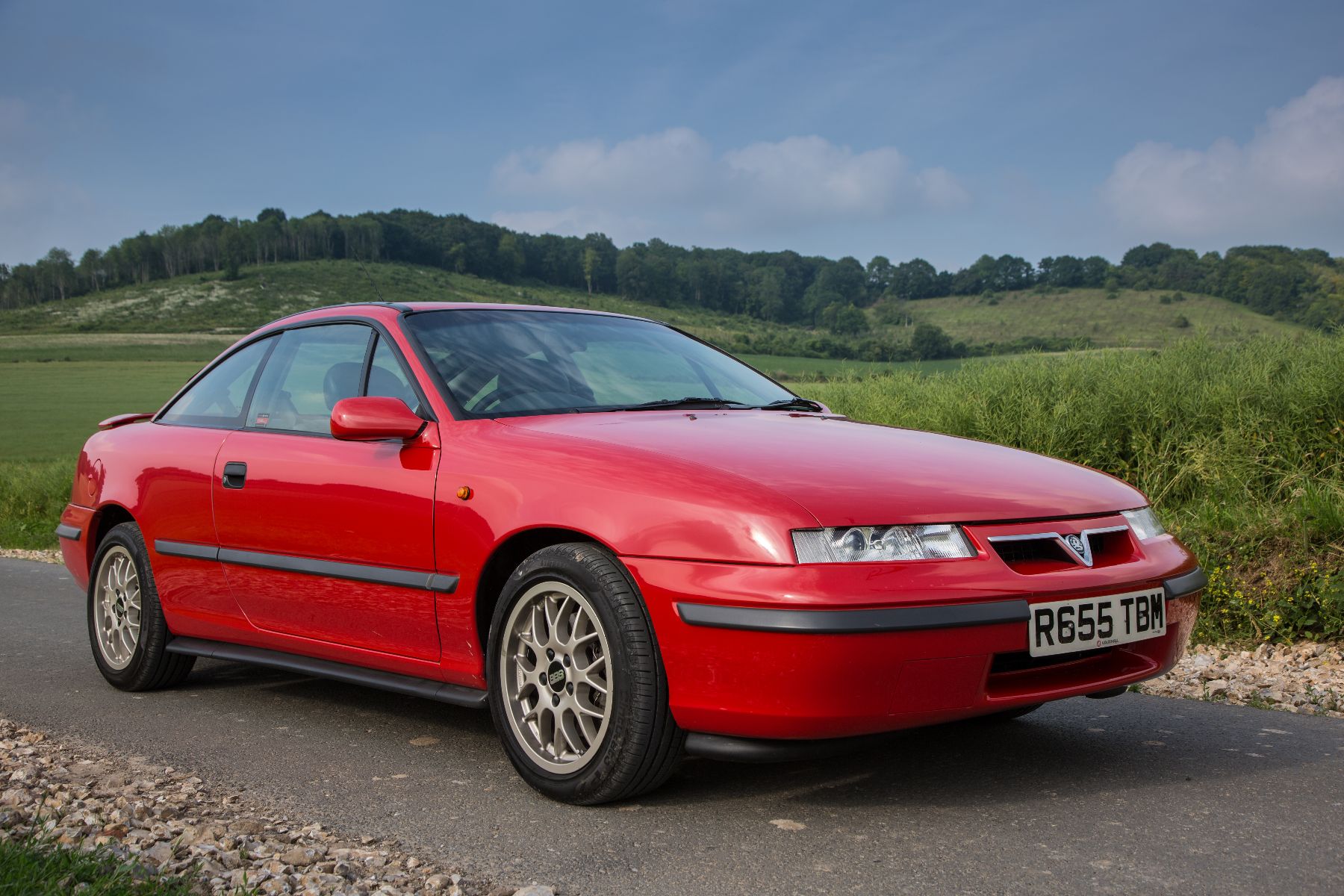 Take a best-selling family saloon, re-skin it with a curvaceous body that could have straight from an Italian styling house and you have the Vauxhall Calibra. It was based on the Vauxhall Cavalier and designed in-house, not by Italians, but by Wayne Cherry, GM’s American-born Design Director.

This is not an uncommon approach to building coupes: start with an unexciting saloon or hatchback and sex it up. VW did it with the Scirocco and Audi TT, both to great effect. The key is to start off with well-engineered building blocks, something both VW and Vauxhall/Opel had to their advantage.

What we have here, then, is a three-door, four-seat coupe, its wide-opening tailgate neatly disguised within the flowing lines down to the rear bumper. Launched in 1989, the Calibra was sold in the UK for the best part of 10 years, although it’s rare to see one now – especially anything as nice as this extremely low mileage example from Vauxhall’s heritage fleet. 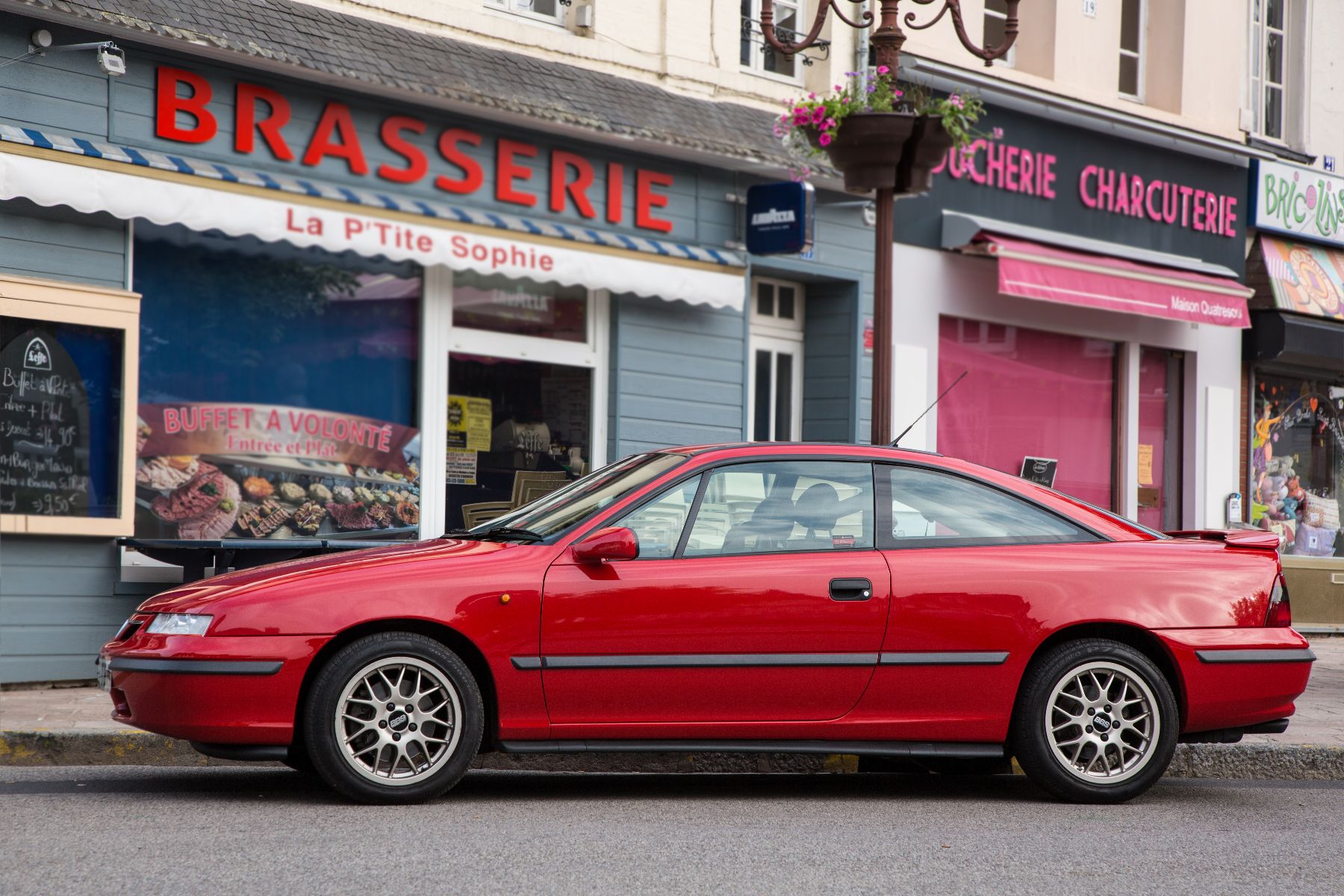 Power came originally from a couple of 2.0-litre petrol engines: either 8-valve/115hp or 16-valve/150hp. In 1992 a four-wheel-drive 2.0-litre turbocharged Calibra was launched. A power output of 200hp still sounds respectable, but the Turbo wasn’t popular at the time and now has the shadow of expensive gearbox problems hanging over it.

The car we have here is the last proper iteration of the Calibra, the 2.5-litre V6. With around 168hp, it wasn’t as fast as the Turbo, but the silky V6 engine brought a whole new level of sophistication, arguably making the Calibra more of a grand tourer than it had any right to be.

So, how does the Calibra V6 stand up today? We drove it to Normandy for a four-day classic car event – enough miles to stretch its legs properly.

Calibra to the continent 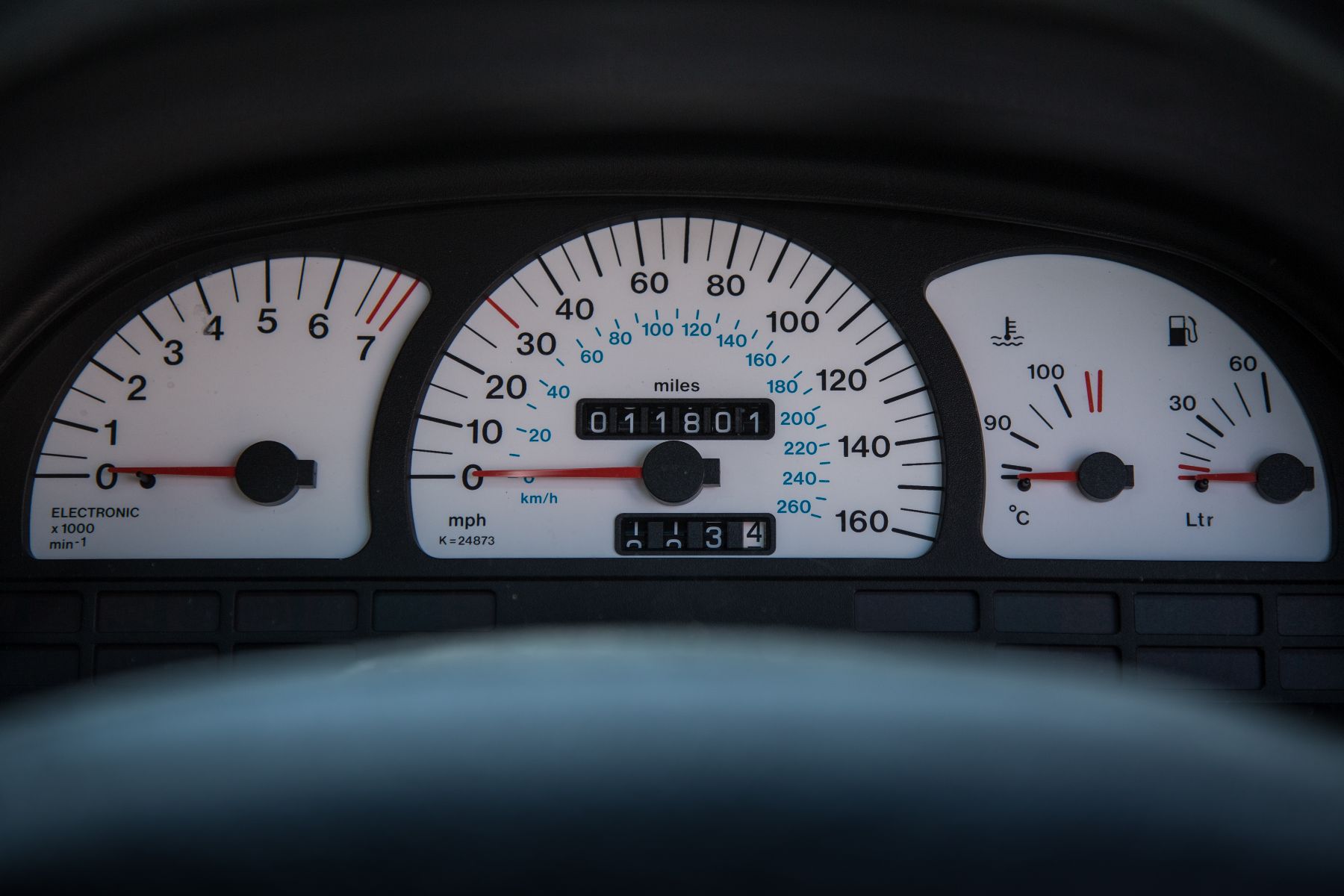 We took the ferry from Newhaven to Dieppe and then headed down to Forges-les-Eaux, along winding D-roads through quiet villages and dense forests, scenes to be repeated over the following three days. What you notice immediately about the Calibra is how civilised it is. That V6 engine is a gem, not especially powerful by today’s standards but honestly quick and genuinely refined.

The leather interior provides a low, sporty seating position and some real comfort, while there’s room for a couple of adults in the rear as long as they’re not too tall.

Luggage space is impressive, and there’s masses of volume available with the rear seat folded. I know this from experience, by the way: nearly 30 years ago when the Calibra was still new, I carried four garden chairs back from Switzerland. 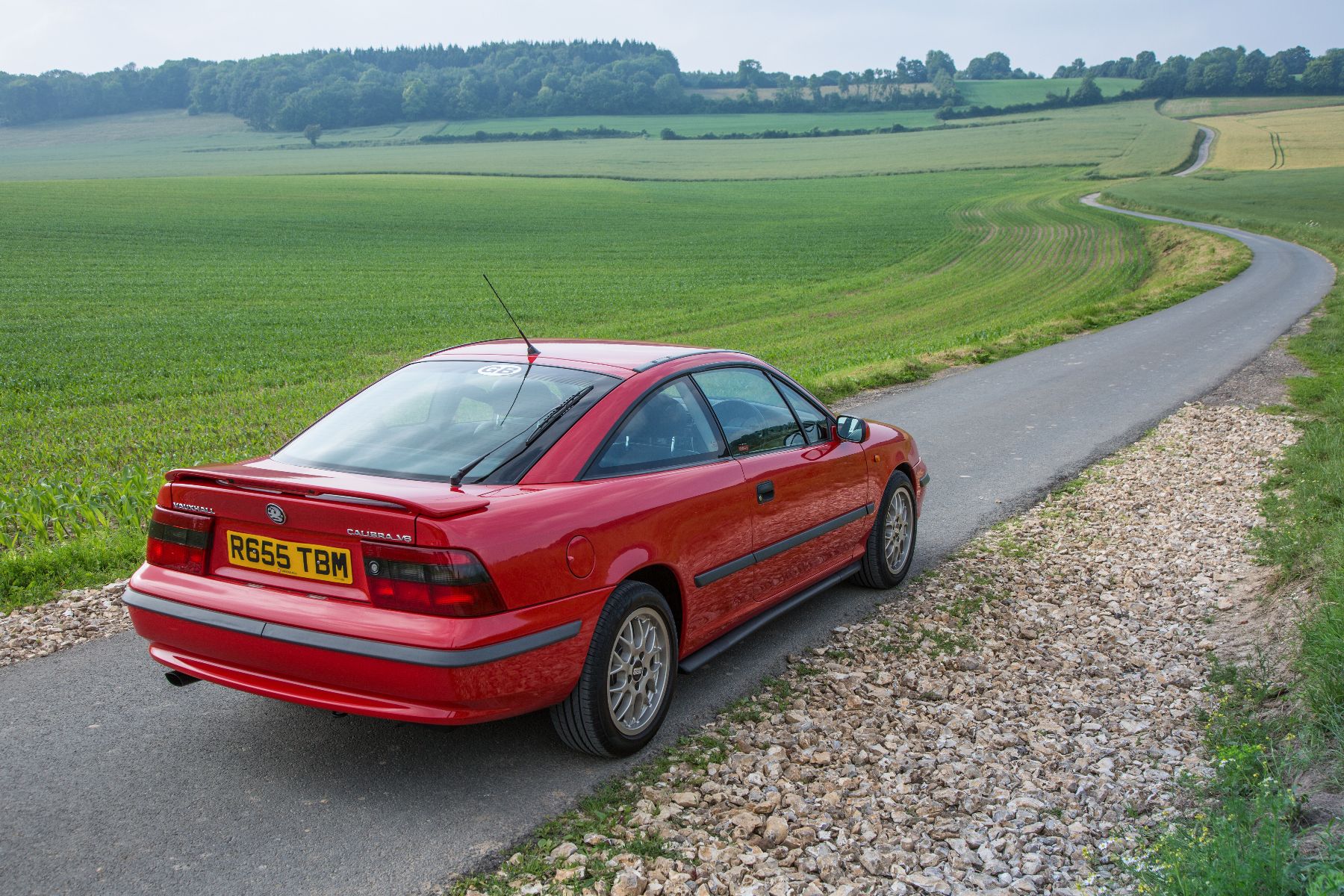 There’s no escaping the Calibra’s origins, although most today will have forgotten what a Cavalier dashboard looked like, so with its white dials, the Calibra V6 simply feels classic rather than outdated.

The ride and handling are far from sporty, however, which means you’d be better off enjoying the easy power steering and decent air-con than chasing old Golf GTIs across the countryside.

Take that on board, and you’ll revel in a long journey in a Calibra V6. It may be more than 20 years old, but this classic Vauxhall gets more desirable all the time.

Emergency refuge areas are a safe haven for stranded vehicles on busy smart motorways – but many motorists don’t know what they are or how to use them.
Read more
Motoring ResearchWe Are Everything Motoring
Facebook
Instagram
Pinterest
Twitter
Youtube
Go to mobile version