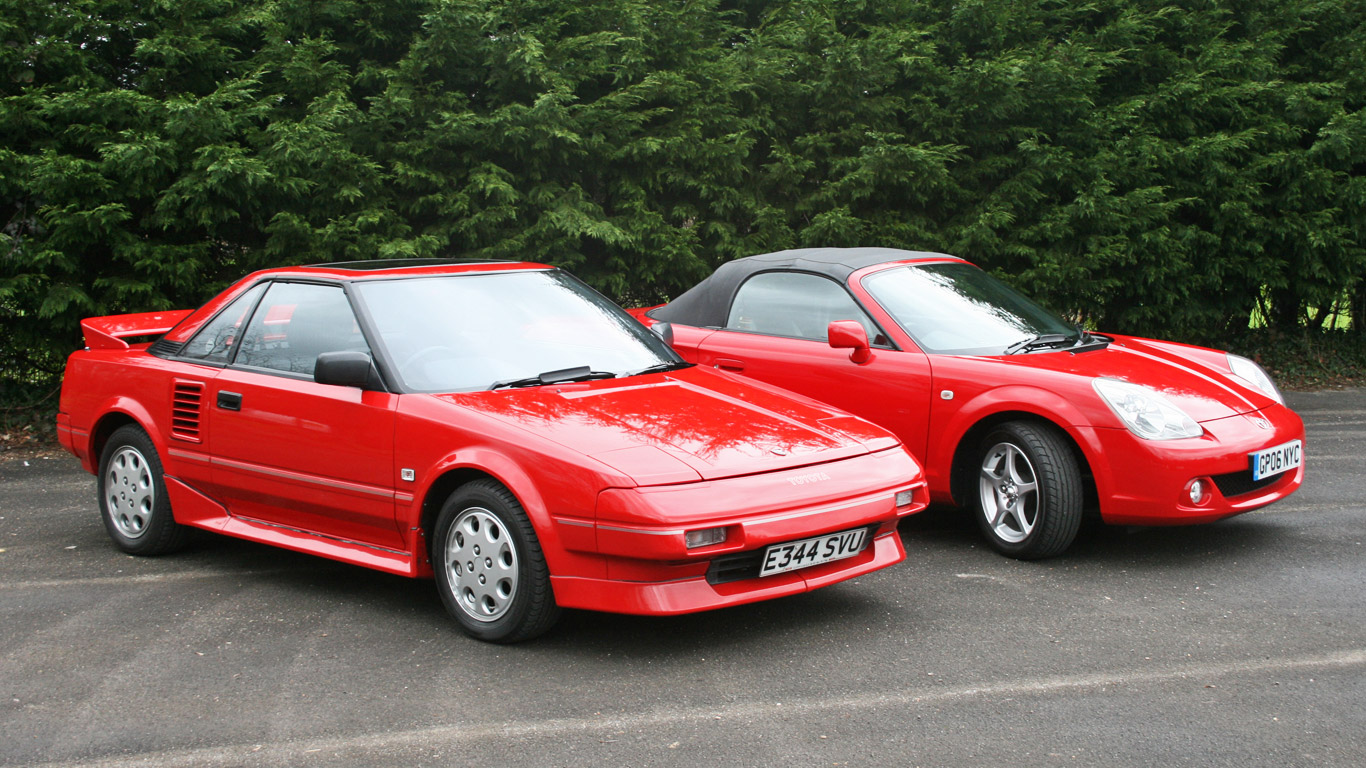 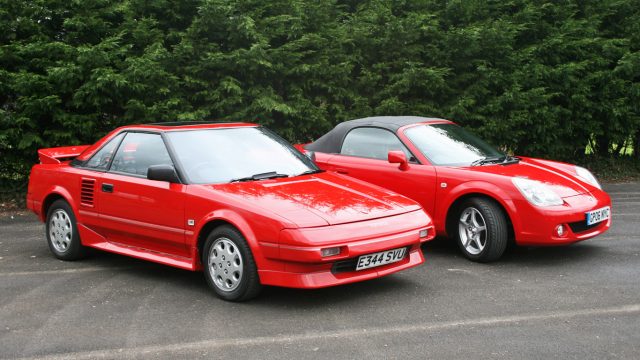 Summer has finally arrived and now is a good time to treat yourself to a set of weekend wheels. If your budget is limited to around £5,000, you could do much worse than looking at Toyota’s ‘midship runabout 2-seater’.

In a Motoring Research Retro Road Test special, we’ve driven a first- and third-generation MR2 from Toyota UK’s heritage fleet to find out which one you should spend your money on.

Mk1: What are its rivals? 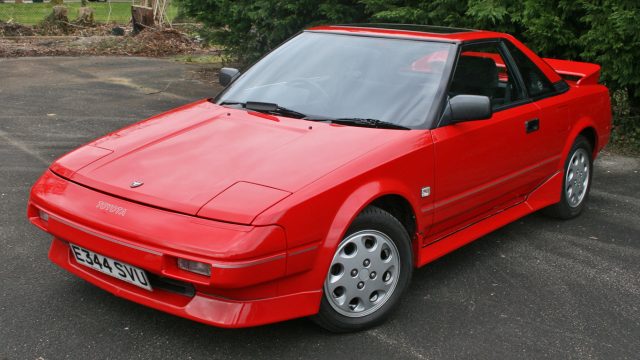 Launched in 1984, the original MR2 was intended as a fun-to-drive car that was cheap to run. It was unusual in its mid-engined layout, but its compact dimensions complied with strict Japanese regulations. It arrived around the same time as the Fiat X1/9, Volkswagen Scirocco and Honda CR-X.

Mk3: What are its rivals? 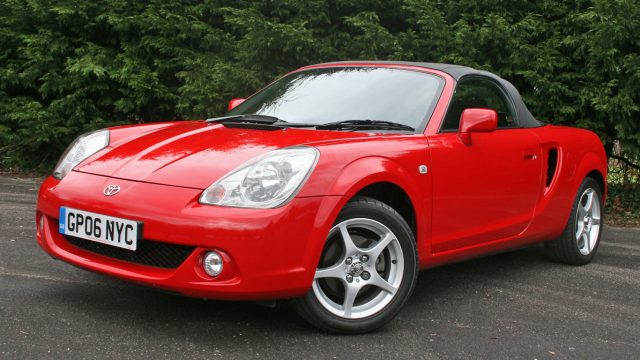 The third-generation MR2, launched in 1999, was a bit different to its predecessors. While it stuck to the mid-engined layout, it was a proper convertible and closer to the Mazda MX-5 and (also mid-engined) MG F.

Mk1: Which engines does it use? 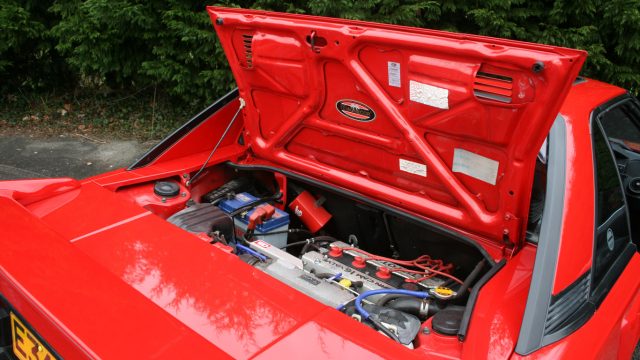 The original MR2 shared a naturally-aspirated, 1.6-litre four-cylinder petrol engine with the more mainstream Corolla. It produced 128hp in the UK and could hit 62mph in less than 9.0 seconds – quick for its time, and faster than its peers.

Mk3: Which engines does it use? 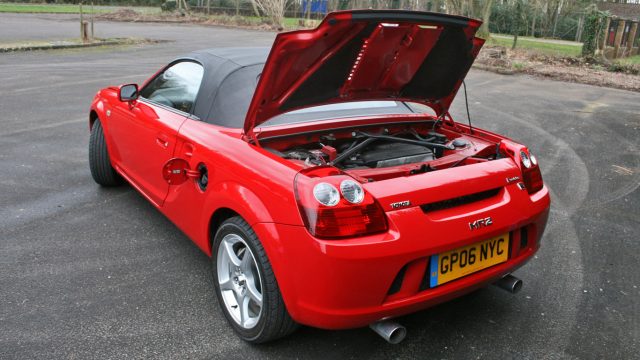 By the third-generation model, the MR2 used a 1.8-litre four-cylinder naturally-aspirated engine. Like its predecessors, it used dual overhead camshafts and 16 valves – while the camshaft timing was adjustable using Toyota’s VVT-i system. The car’s low kerb weight meant it could hit 62mph in between 6.8 seconds and 8.7 seconds, depending on transmission (five- and six-speed manuals were available, as was a five-speed sequential ’box). 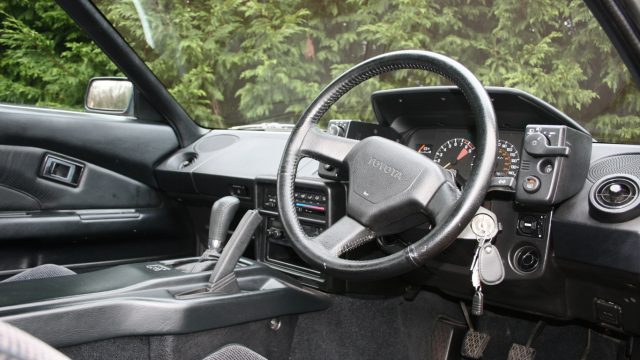 The 1987 example we’re testing here still feels incredibly sprightly, even though it’s probably lost a few horses over the years – and isn’t, by Toyota’s admission, the best example just yet. With the engine’s weight sitting close to the rear wheels, it’s clear from the start that the original MR2 offers extraordinary levels of grip. Give it the beans from a standstill, for example, and you have to be very clumsy with the clutch for the wheels to (briefly) spin up.

Despite a shortage of power assistance, the steering is light (perhaps overly so) when you increase the speed – something that’ll happen soon as you work the twin-cam engine up through the gears, changing close to the 8,000rpm redline. It has an appetite for being driven hard and encourages you to do so.

While the old Toyota won’t see which way a modern hot hatch went, it still provides one of the most enjoyable driving experiences you’ll get for the money. The sound, steering feel and unusual driving position combine to make it feel like a wonderfully analogue experience. 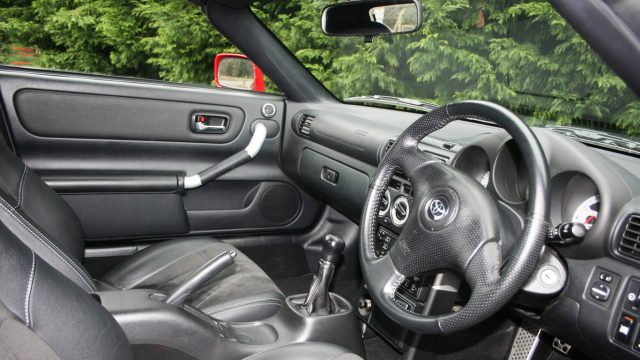 After driving the first-generation MR2, the Mk3 feels a little bland on first impressions. The interior is very dull in comparison – while the Mk1 is wonderfully 80s, the recent model is as we’ve become used to from Toyota. Lots of black plastics, and nothing particularly exciting.

But spend some time getting to know the third-gen MR2, and it’s equally likeable in a different way. Just like its predecessors, its mid-engined handling provides oodles of grip, while its diminutive dimensions give you lots of confidence for threading it down rural roads. While it’s not as playful as an MX-5 (if you get the rear out, you’ll probably need more than a dab of oppo to get it back in), it feels more agile. Turn into a bend and it’ll shrug off any thoughts of understeer.

Mk1: Could I drive it every day? 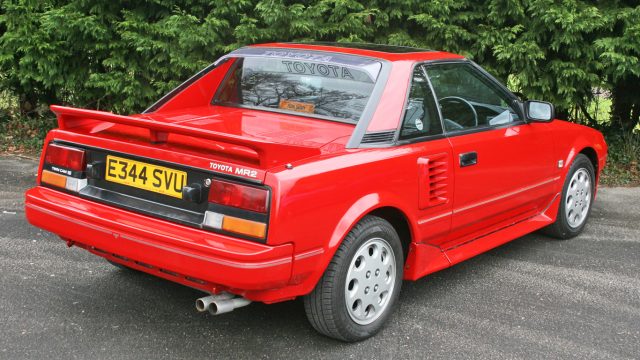 We quite often say this in Retro Road Tests: you could drive the Mk1 MR2 every day, but it’d be a bit of a shame to. Its lack of storage space, general shortage of refinement and the potential to break down (yes, it’s a Toyota – but a very old one now) means you’d probably start to hate it fairly quickly. Save it for the weekend and you’ll relish every mile behind the wheel.

Mk3: Could I drive it every day? 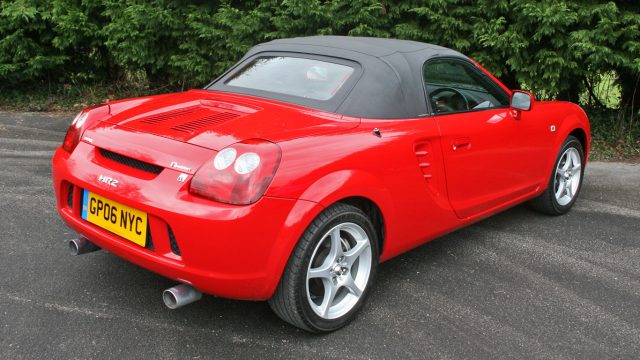 If you’re looking for a daily drive, the Mk3 MR2 is much more realistic. It feels like a modern car inside, but don’t be fooled into thinking its practical. The boot space is… lacking, even for a couple of weekend bags. You have to take it very easy in inclement weather, too.

Mk1: How much should I pay? 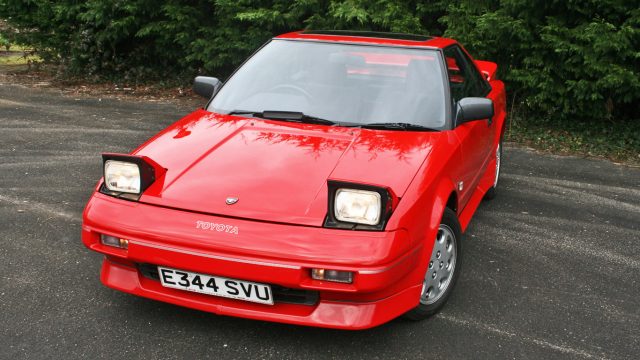 Prices for the Mk1 MR2 are strengthening, and it’s definitely one of those cars where it pays to spend more money on a cherished example than be tempted by one at the cheaper end of the market. You can pick one up for less than £2,000, but it’ll probably need some bodywork in the near future and there’s no shortage of parts that could need replacing to make it drive as well as it did when it was new: bushes, droplinks, shocks and springs all wear with age.

Mk3: How much should I pay? 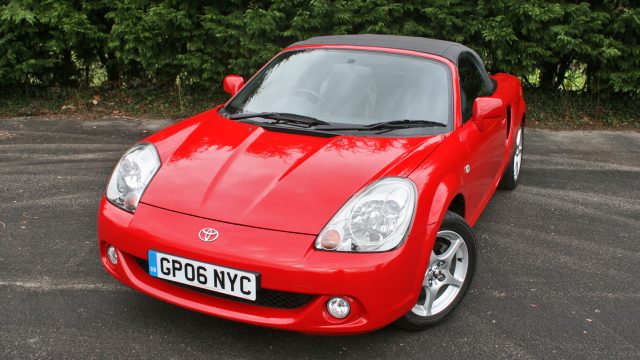 Prices for the Mk3 are pretty similar to the Mk1. You can buy one for less than £2,000 now, but they tend to be for leggy examples that have been owned by an unenthusiastic owner who may have skimped on maintenance. Ideally, we’d be looking to spend at least £3,000 on a 2003 or later model.

Mk1: What should I look out for? 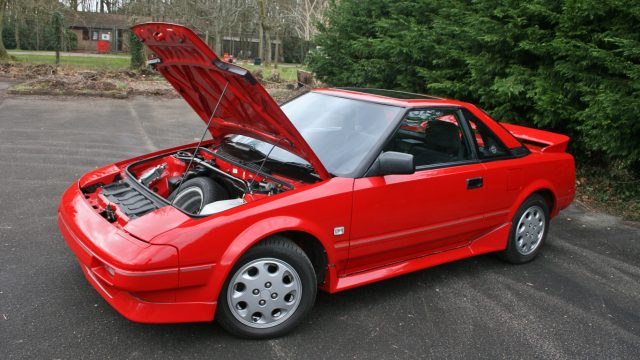 Rust is the big issue with Mk1s. They rot everywhere: the wheel arches, wings, B-pillars, A-pillars, sills. Fibreglass skirts make it easy for rust to be hidden, so make sure you get underneath the car and have a poke in every nook and cranny. Other than that, the engine is fairly robust – but you’ll want proof of regular servicing. Listen out for a tappety engine, not a huge concern, but a sign that it might not having maintained as well as you’d like. And watch out for smoke coming out of the exhaust.

Mk3: What should I look out for? 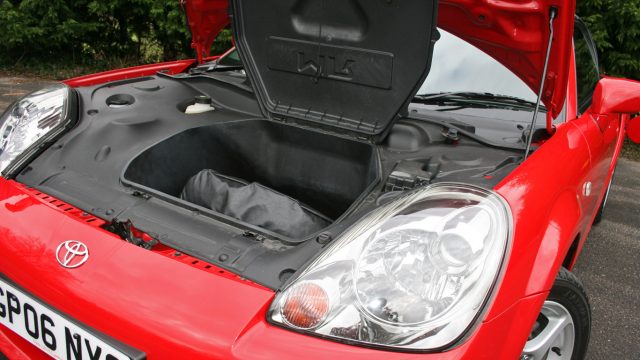 In the first instance, look out for signs of how well the car’s been treated. Has it got many marks on the body, are all the tyres a good brand with plenty of tread, and does the owner have a folder full of paperwork? Earlier models can often face excessive oil consumption, while abused examples that have been thrashed from cold can suffer from the pre-cat breaking up and being sucked into the engine. Costly.

Although the third-generation model doesn’t suffer from rust as much as older examples, the rear crossmember is known to corrode – and it’s usually disguised by an undertray, meaning it won’t be picked up by the MOT.

Which one should I buy? 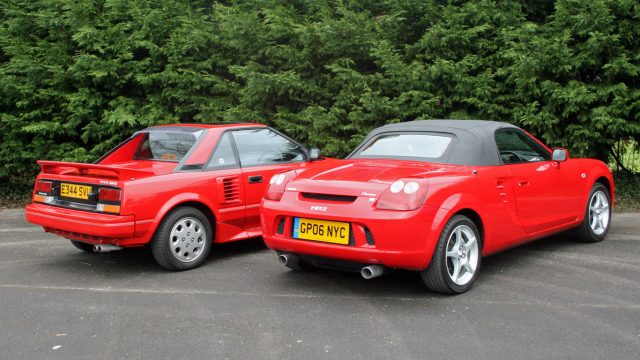 In reality, whether you should buy a Mk1 or Mk3 depends largely on what you want from a car. If you want a project that will attract admiring glances and attract comments at a classic car show, but will need regular maintenance to keep it on the road, you should definitely invest in a Mk1 while you still can.

The Mk3, despite its limitations in a practical sense, is a much more usable buy. If you pack light and want to take it on a European road trip, you can feel pretty reassured it’ll get you there – and in more comfort than the Mk1. A tidy one is probably a good investment and you’ll love every minute behind the wheel. 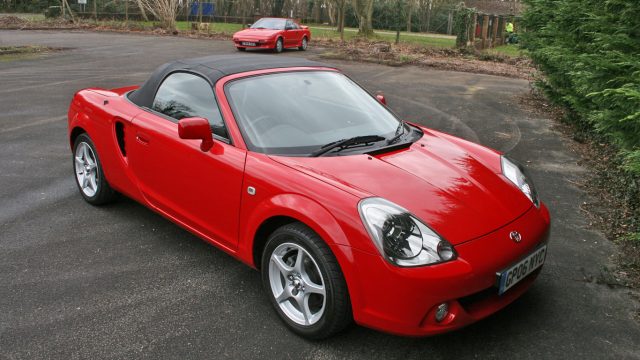 The third-generation model we tested here was actually one of the last off the production line. One of 300 special editions, it’s badged ‘TF300’ and would have cost £18,015 when new in 2006. Each model came with custom leather and Alcantara upholstery, a twin sports exhaust and a dedicated vehicle number stitched into the seats.