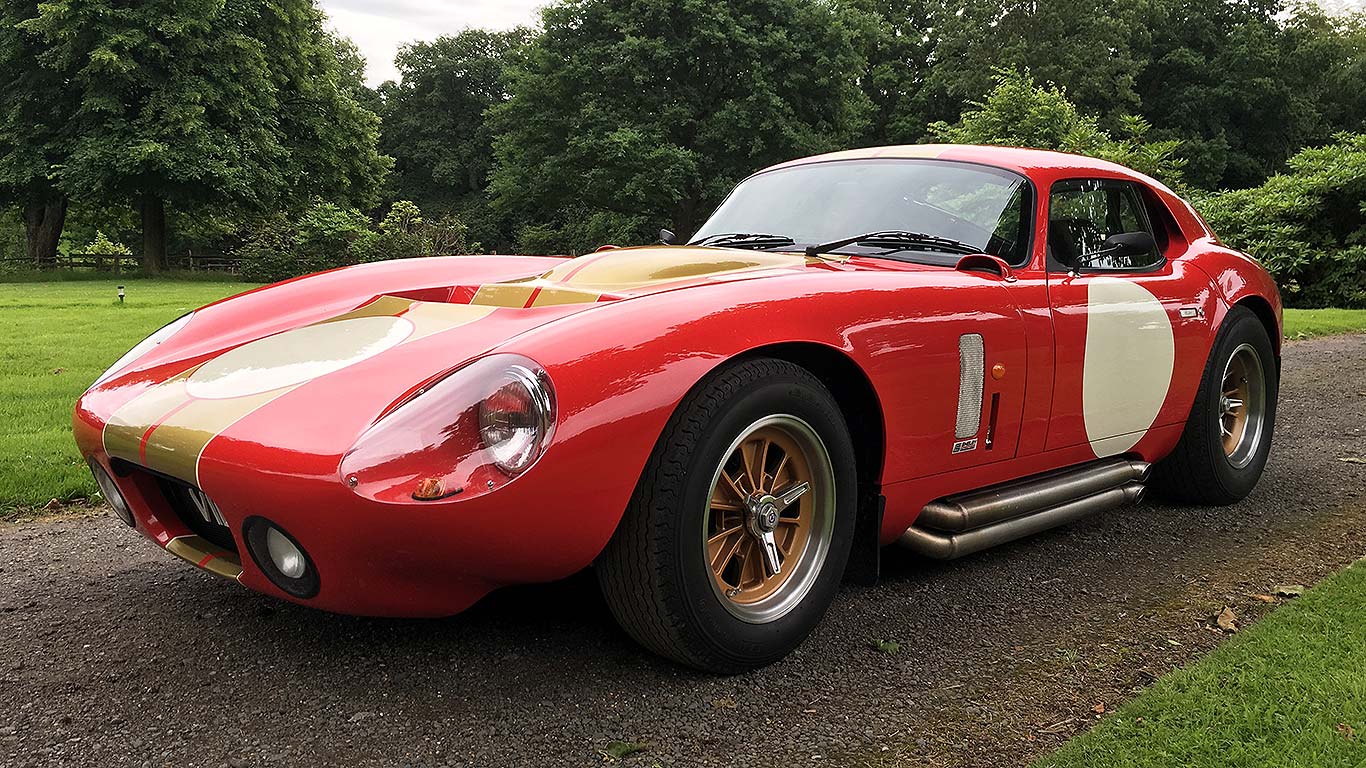 The fearsome AC Cobra dominated sports car racing in the 1960s. Except, that is, at high-speed circuits such as Le Mans. Why? Because, while monstrously powerful, it was also far from aerodynamically sleek. The answer? Make a slipperier coupe version of the blunt roadster. Enter the Shelby Cobra Daytona Coupe.

To say it did the job is putting it mildly. It toppled Ferrari to take the 1965 FIA Sports Car Championship title. To say it’s rare today is also putting it mildly. They only built six and the last one to sell went for $7.25 million. The answer? Make a recreation of the famous legend. Enter the Shelby Cobra Daytona Coupe CSX9000 Series, now imported into the UK by UK agents Le Mans Coupes Ltd. And we’ve driven it. 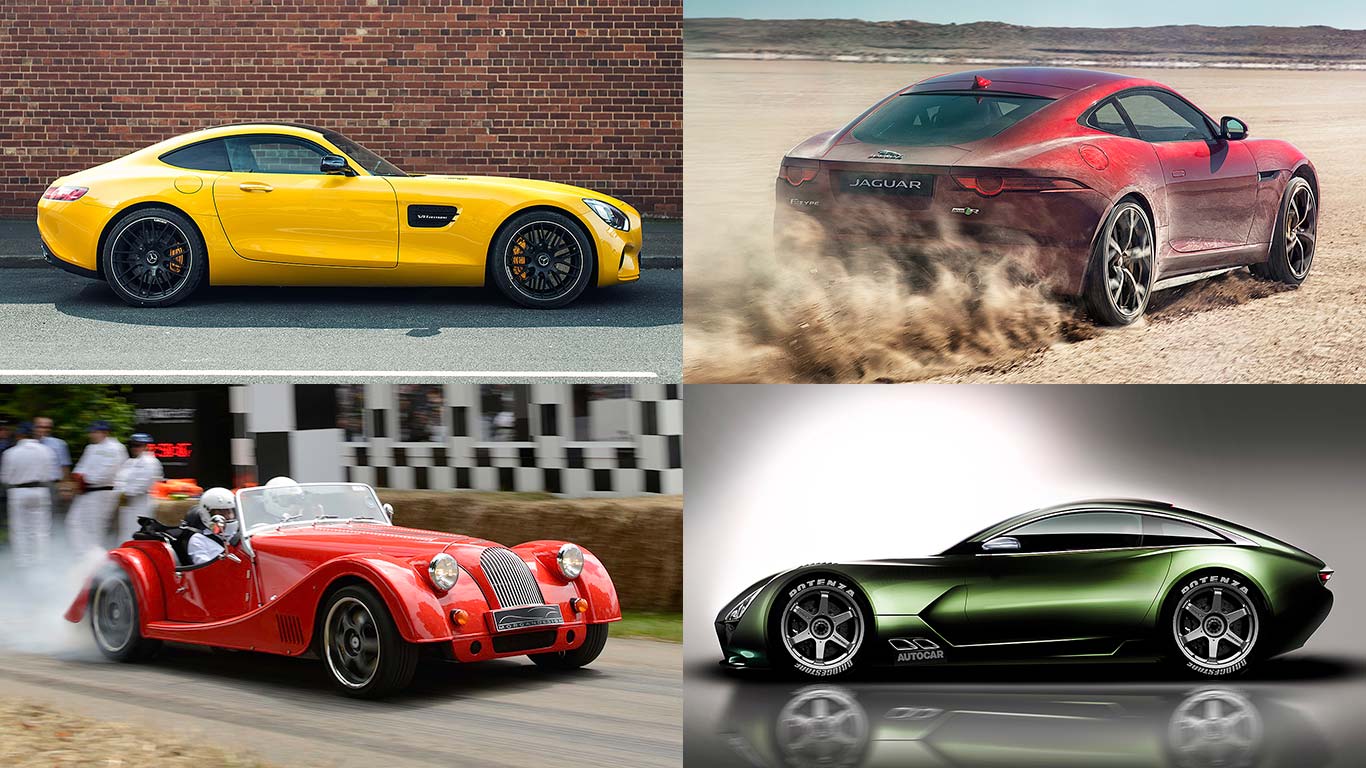 Some are sniffy about so-called replicas, but it depends on how well they’re done. This is a very well-done replica, built by Hi-Tech Automotive Services in South Africa – and the project was officially sanctioned by Carroll Shelby himself before he died. Today, it’s an official Shelby product. Consider it a fully-sanctioned continuation of the original.

So its rivals are broad. As it’s a new car, it could be a period-style alternative to big-engined GTs like a Mercedes-AMG GT or a Jaguar F-Type V8. Perhaps even something to consider instead of a Morgan Plus 8? You could try a period TVR, or maybe a last-of-line 2000s TVR, or even the new TVR that’s coming soon. Then there are other ‘evocation’ replicas of original legends: Le Mans Coupes will happily sell you a ‘new’ Ford GT40…

Read our review of the Superformance GT40 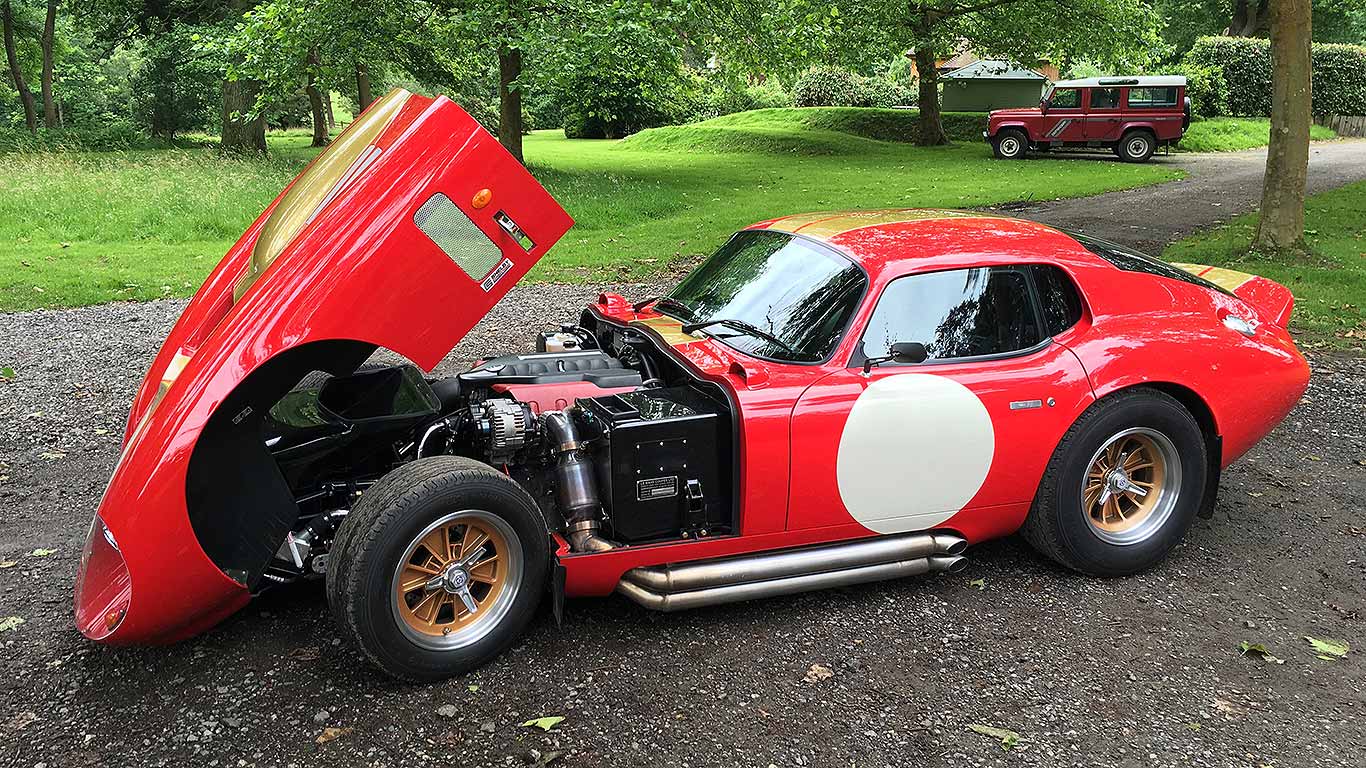 You can have various engines with your Daytona Coupe – all V8s, from either Ford (like the original) or GM-Chevrolet. We tested the less period but more modern Corvette LS3-engined model, producing a healthy 520hp. This is the same engine that was fitted to Corvettes up to 2013, and is also used today by the Vauxhall VXR8. And it’s installed in a car weighing just 1,250kg. 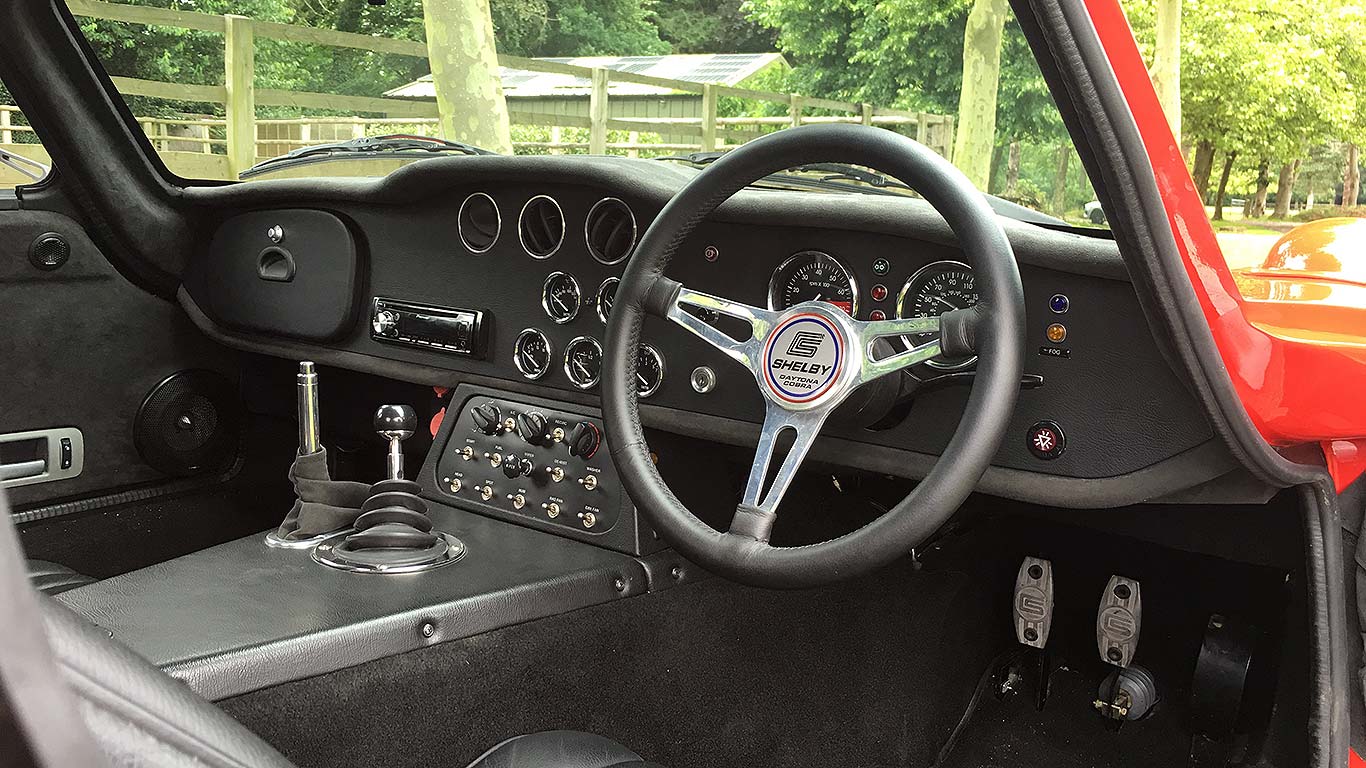 Getting in, lots feels different to modern cars: the spongy, retro seats, the humongous transmission tunnel, the clock-packed, toggle-laden dash and upright windscreen. Oh, and the glorious view down the bonnet. The engine roars vocally and menacingly into life, the gearbox is heavily no-nonsense and even the pedals are stiff. It’s intimidating at first alright.

But then you realise the capabilities of the car – light and reasonably accurate steering, compliant ride, well-telegraphed handling and, above all, that fantastic engine. It’s astonishingly torquey and just pulls, pulls, pulls. Just put your foot down and go. Free-breathing, it responds instantly and feels like it will never let up. Simply wonderful. 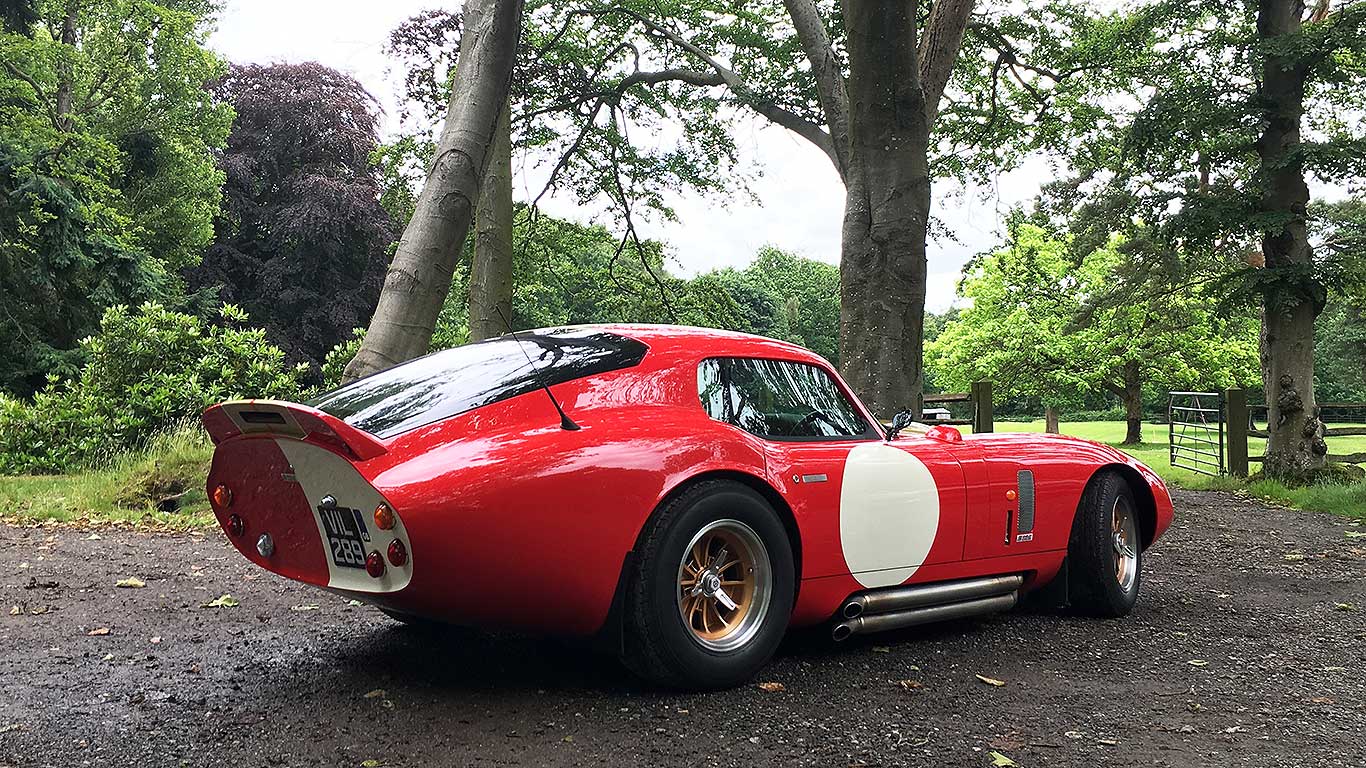 It’s a bona fide muscle car that will give you a workout. But the notoriety that bedevilled the original AC Cobra is, if you’re level-headed, kept at bay in this honed recreation, so you can drive it without fear of being bitten. Upping the addictiveness accordingly. 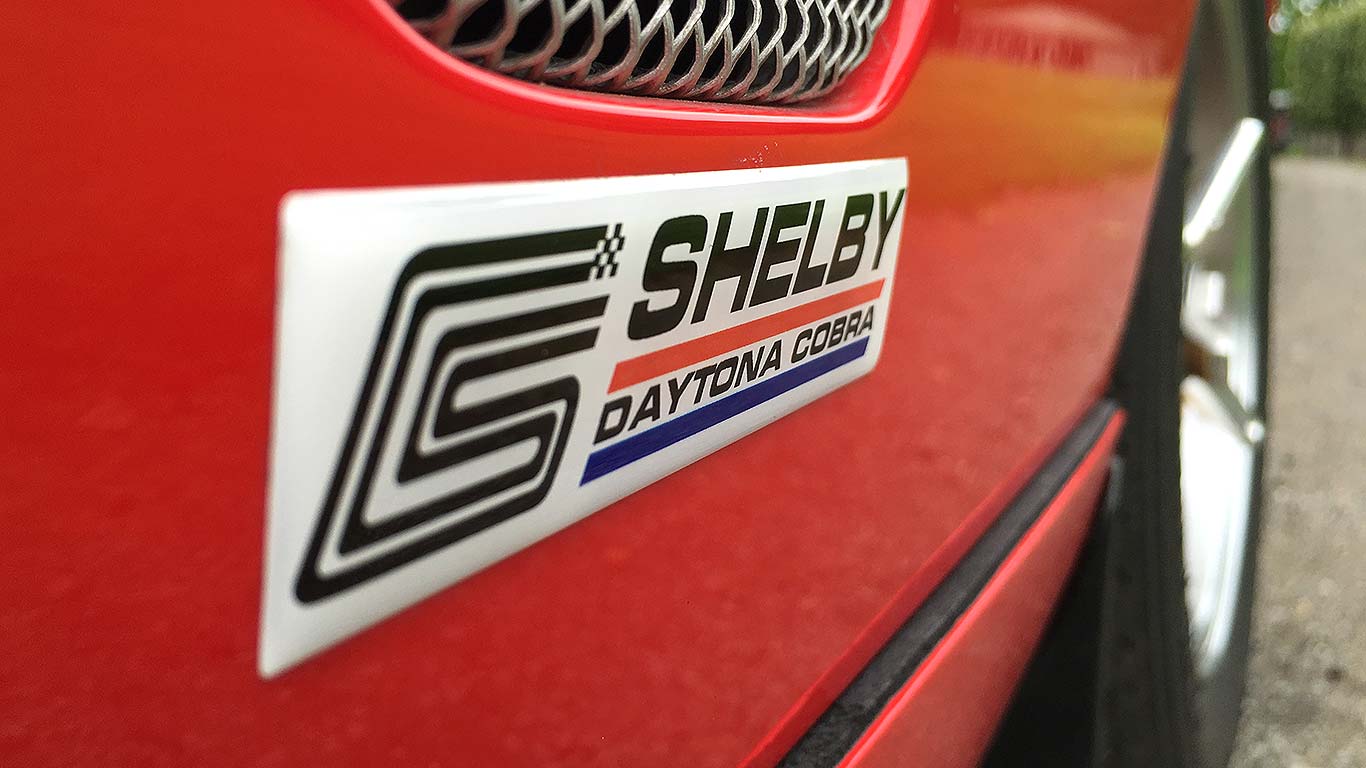 This is a simple car made from solid components, including a near-bulletproof GM crate engine. It’s also hand-built by technicians with decades of experience of, and total emotional commitment to, the product. All of which bodes well for reliability.

Running costs will be dominated by the V8’s thirst (although Le Mans Coupes tell us the long-striding sixth gear helps make it relatively decent on a long run). Servicing won’t be too fearsome either – Le Mans Coupes are happy to help there. You should be able to strike a deal for insurance and the quality of this recreation should keep retained values manageable. A scan of US prices suggests they often sell second-hand for a similar price to a new one – perhaps even more. 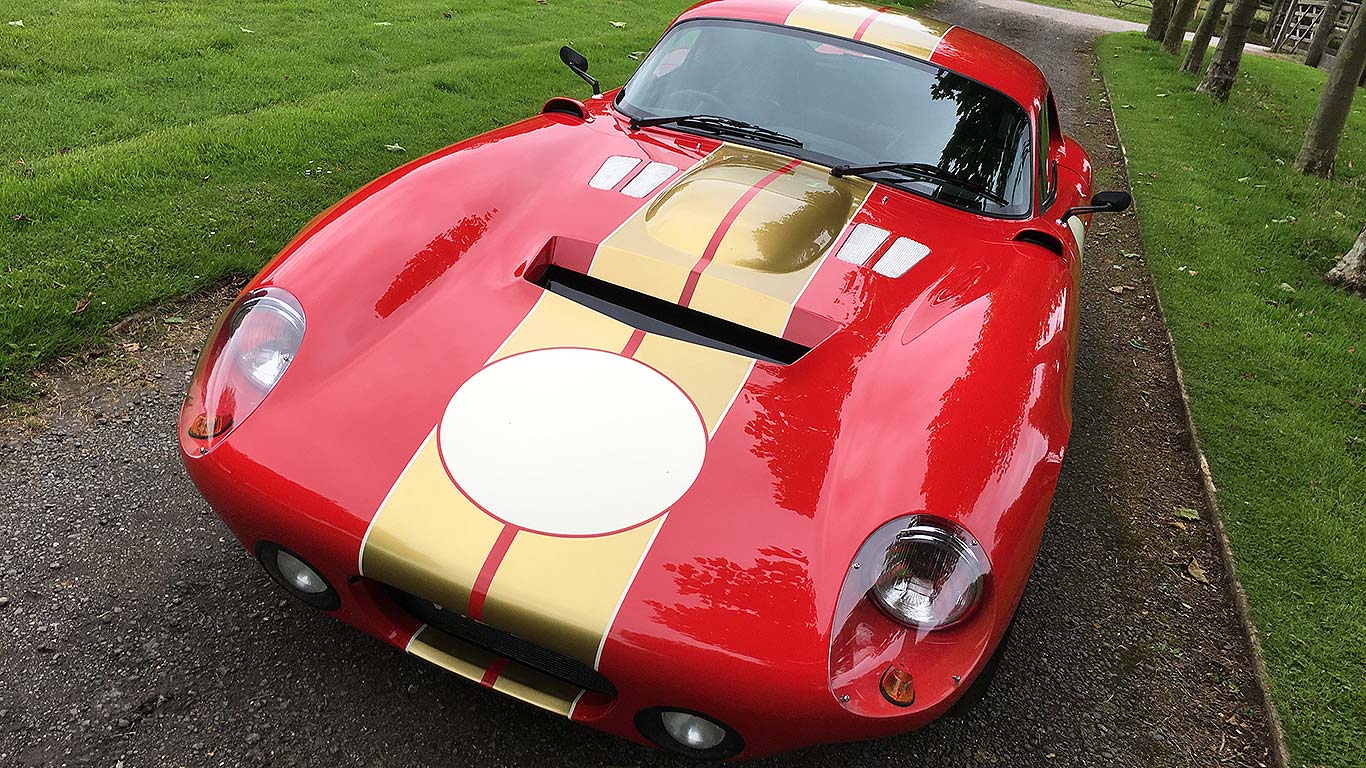 It has air con. A radio. Power steering, electric windows and central locking. A cushioned ride. So much torque, you almost never need to change gear. Sure, there are compromises, such as the period ergonomics, manly gearbox and brakes, total lack of electronic infotainment gadgets, safety aids and any sort of NCAP crash safety for that matter, but the sheer usability of the Daytona Coupe against expectations may surprise. The coupe rear even gives it a decent boot.

Certainly it’s not a car you’ll only save for high days and holidays. It’s such a grin-inducer, any excuse to take it out should be grabbed, safe in the knowledge you won’t have to fry in a pool of sweat for your efforts. 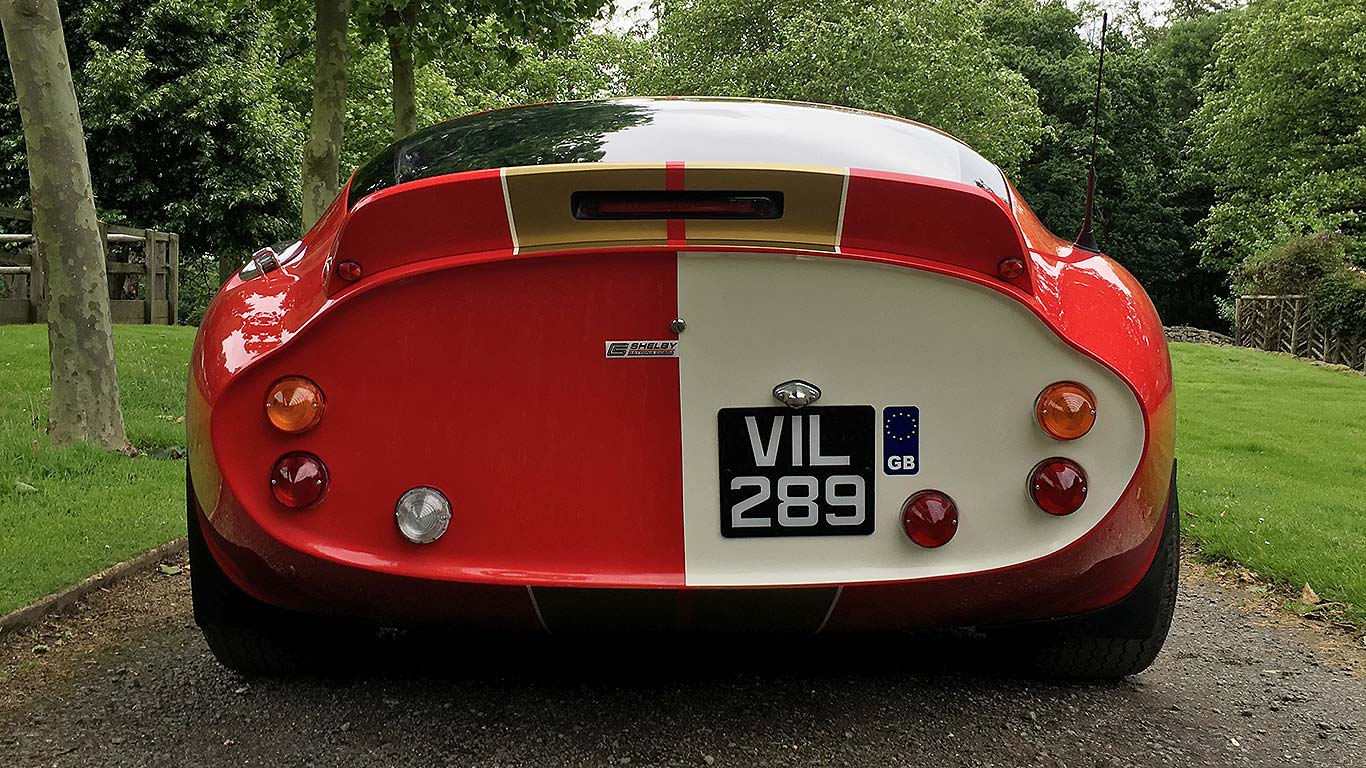 You have to pay £123,000 to get a Le Mans Coupes Shelby Cobra Daytona Coupe. But it will be built from scratch to your very own spec; if you want to spend more, there’s a whole host of options to tailor it, from the engine up. 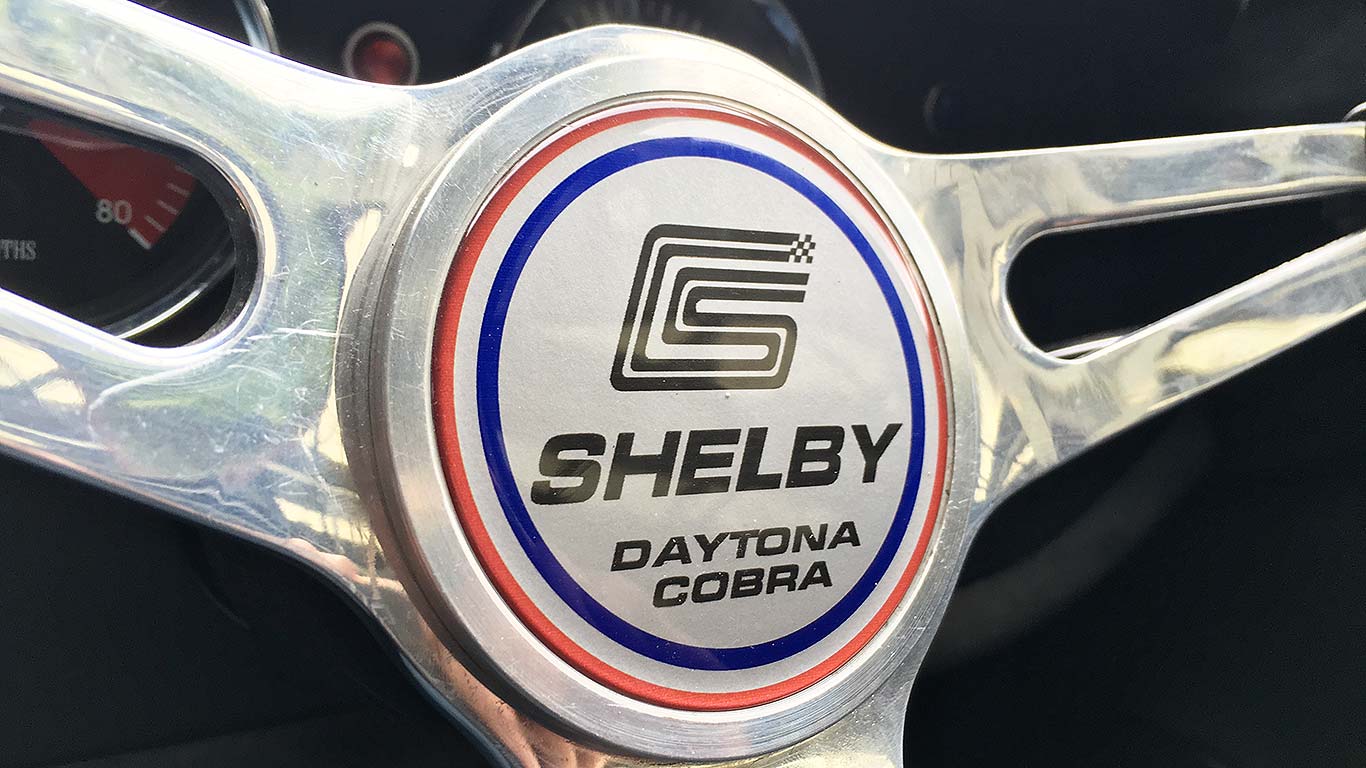 The cheery, friendly people at Le Mans Coupes will take you thought the full process of considering and buying a Shelby Cobra Daytona Coupe, including everything you need to look for. If it’s not for you, they’ll tell you: the build process takes months so they don’t want anyone to have any nasty surprises half way through.

The key thing to be aware of is that this is a modern-built classic car. It’s had modern things added on, but it’s still a pure 1960s design – lack of modern car electronic gadgetry and all. A Mercedes-AMG GT is far more refined, advanced, easy to use, practical and all that. But is it as charismatic and as fun? 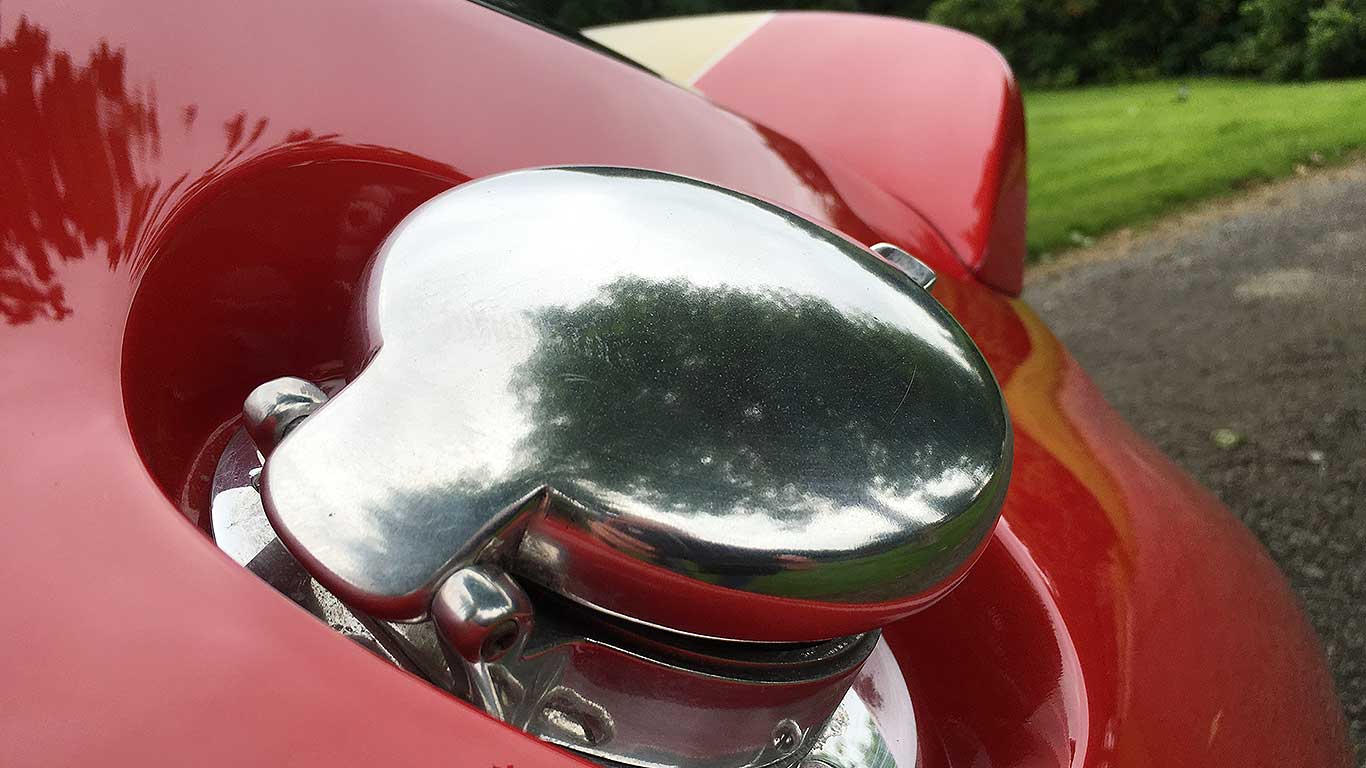 Looking for a head-turner that will cheer others as much as it delights you? This beautiful machine might just be for you. It’s a tantalising collectable that is packed with character yet has abilities and long-striding comfort that may well surprise. It’s undoubtedly a challenge, of course, but far from insurmountable and, as a possession to have in your garage, is seriously tempting for any committed petrolhead.

One more reason to buy one: it’s incredibly well finished. Paint quality is gorgeous and panel fit is ultra-precise, while the bodywork and interior are both also to a high standard. You’ll get a huge amount simply from staring at it, and that alone may be reason enough for some to buy one. 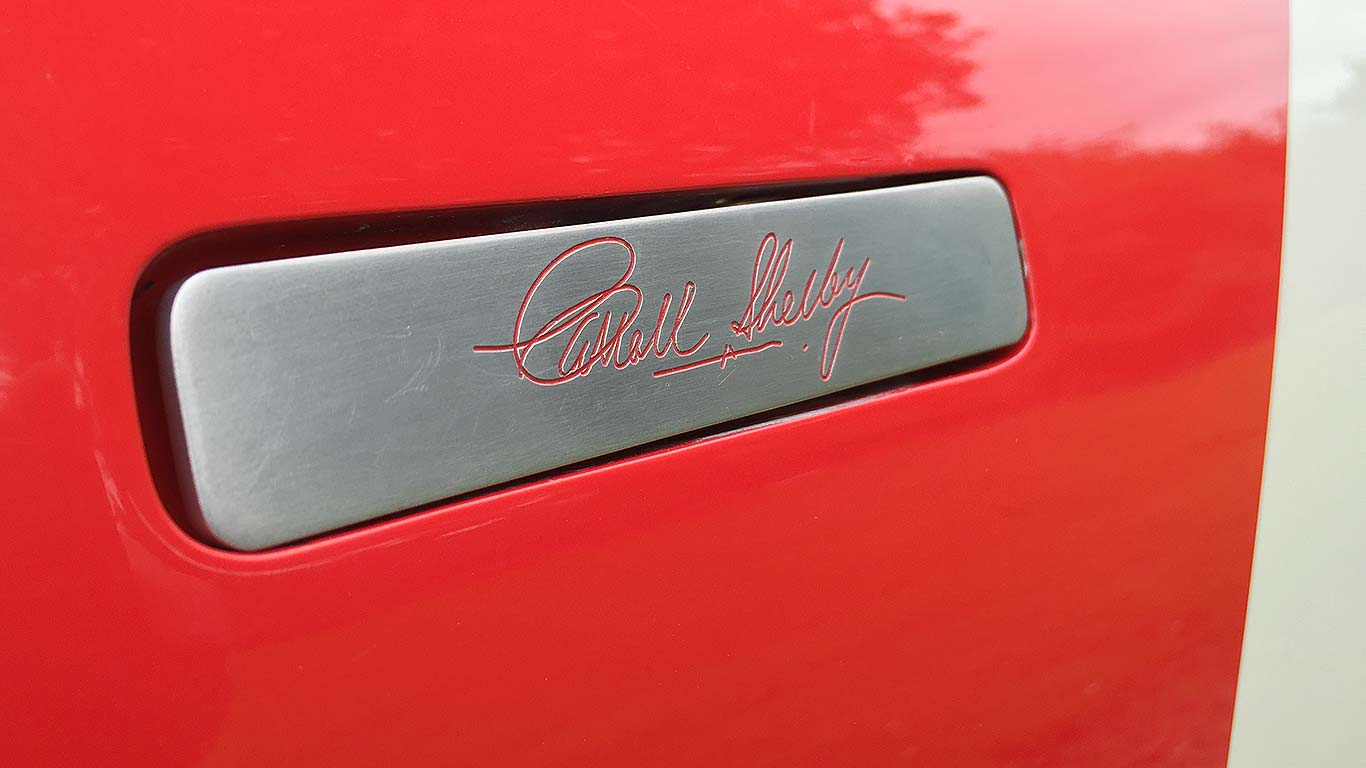 There are only six original Shelby Cobra Daytona Coupes because that’s all the company could afford to build. It was created by star designer Peter Brock and was very much a leap of faith; not many people understood sports car aerodynamics in those days (contemporary engineers snorted at Brock’s Kamm tail, for example). Impressively, Brock was involved in designing this recreation model, too – along with original chassis designer Bob Negstad.