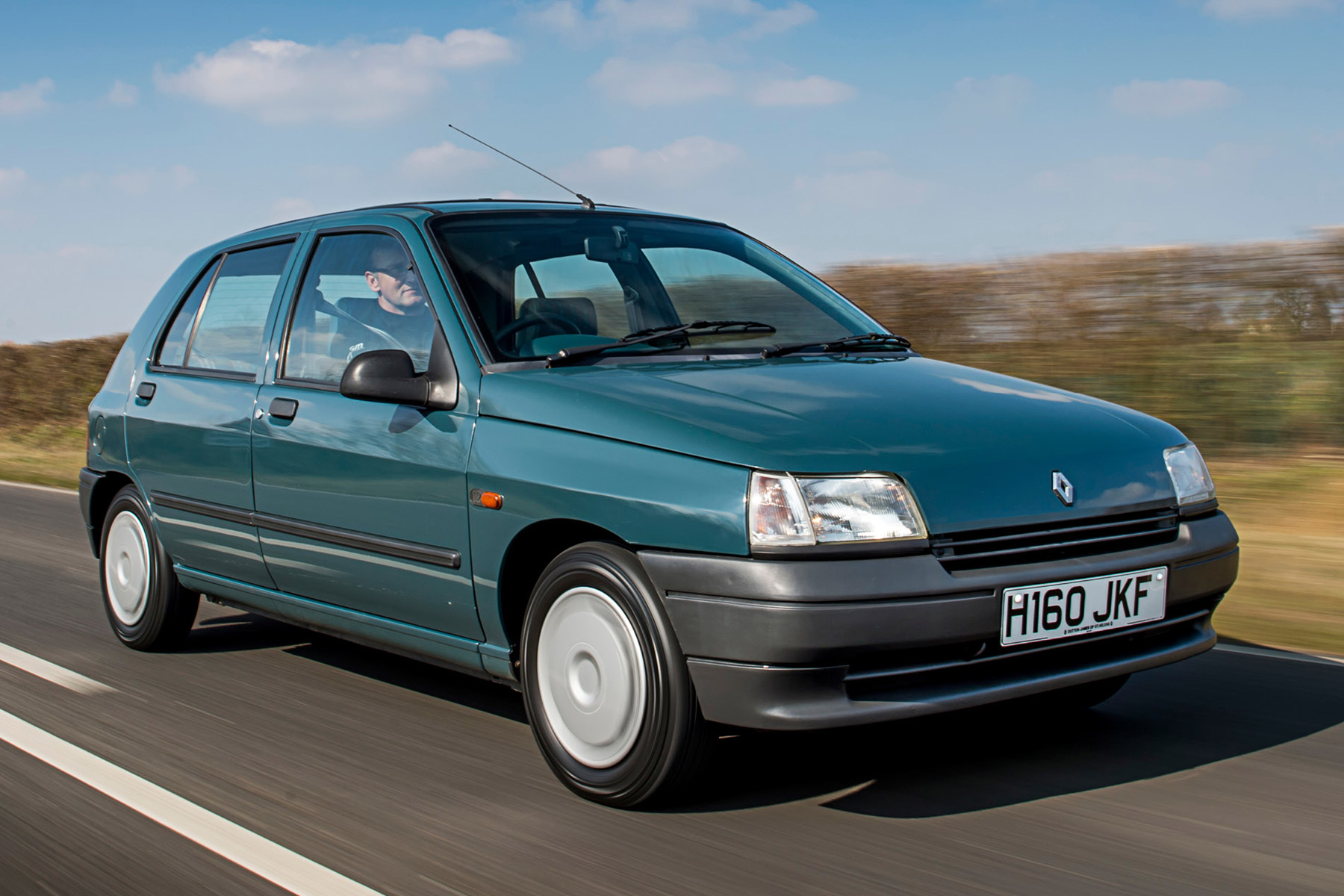 Revealed at the 1990 Paris Motor Show, sales of the original Renault Clio began in the UK a year later. That means it’s celebrating its 25th anniversary this year – so we’ve gone back to the beginning to give an early Mk1 Clio the full MR Retro Road Test treatment. 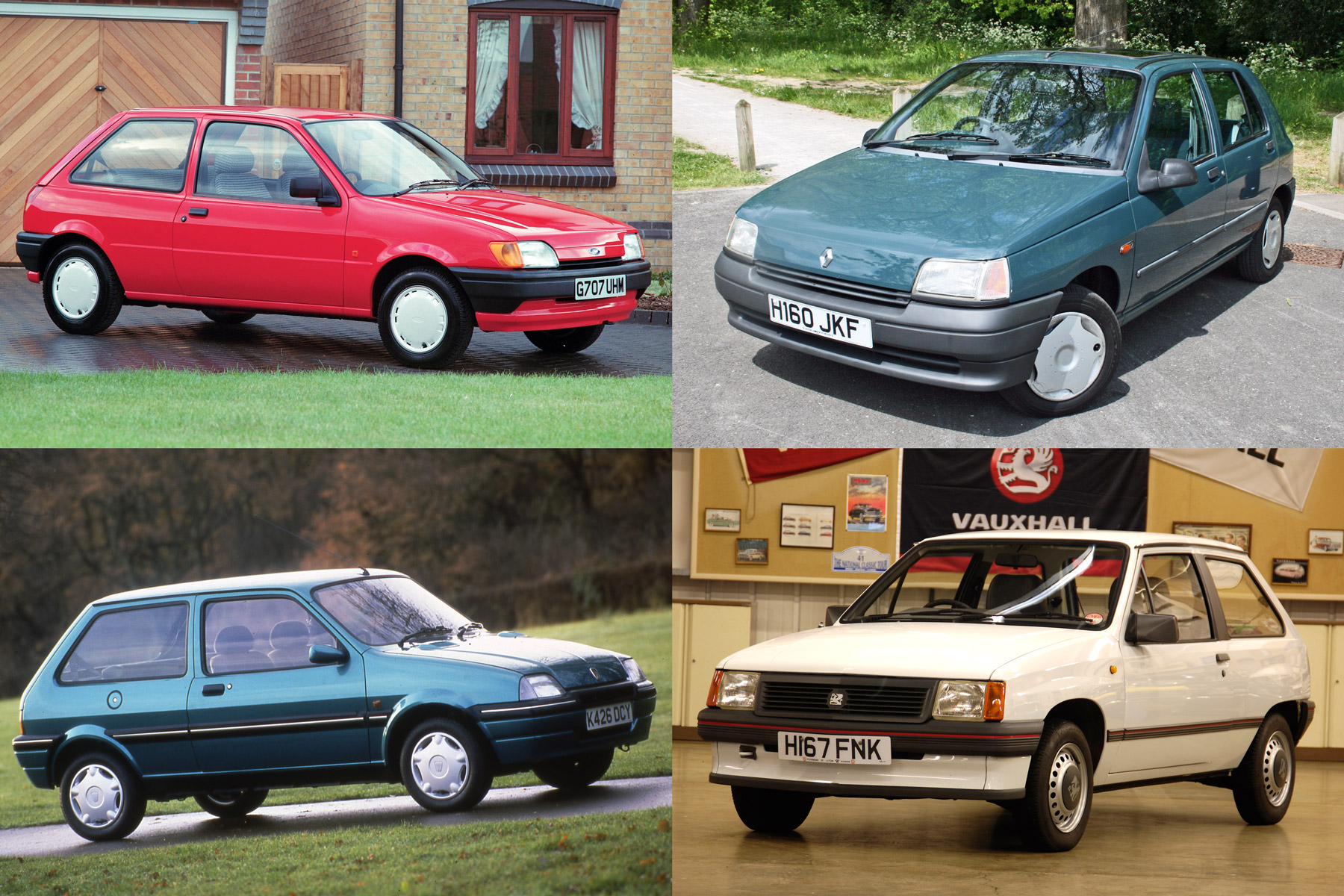 A replacement for the Renault 5, the Clio was France’s answer to the Rover Metro, Vauxhall Nova and Ford Fiesta. 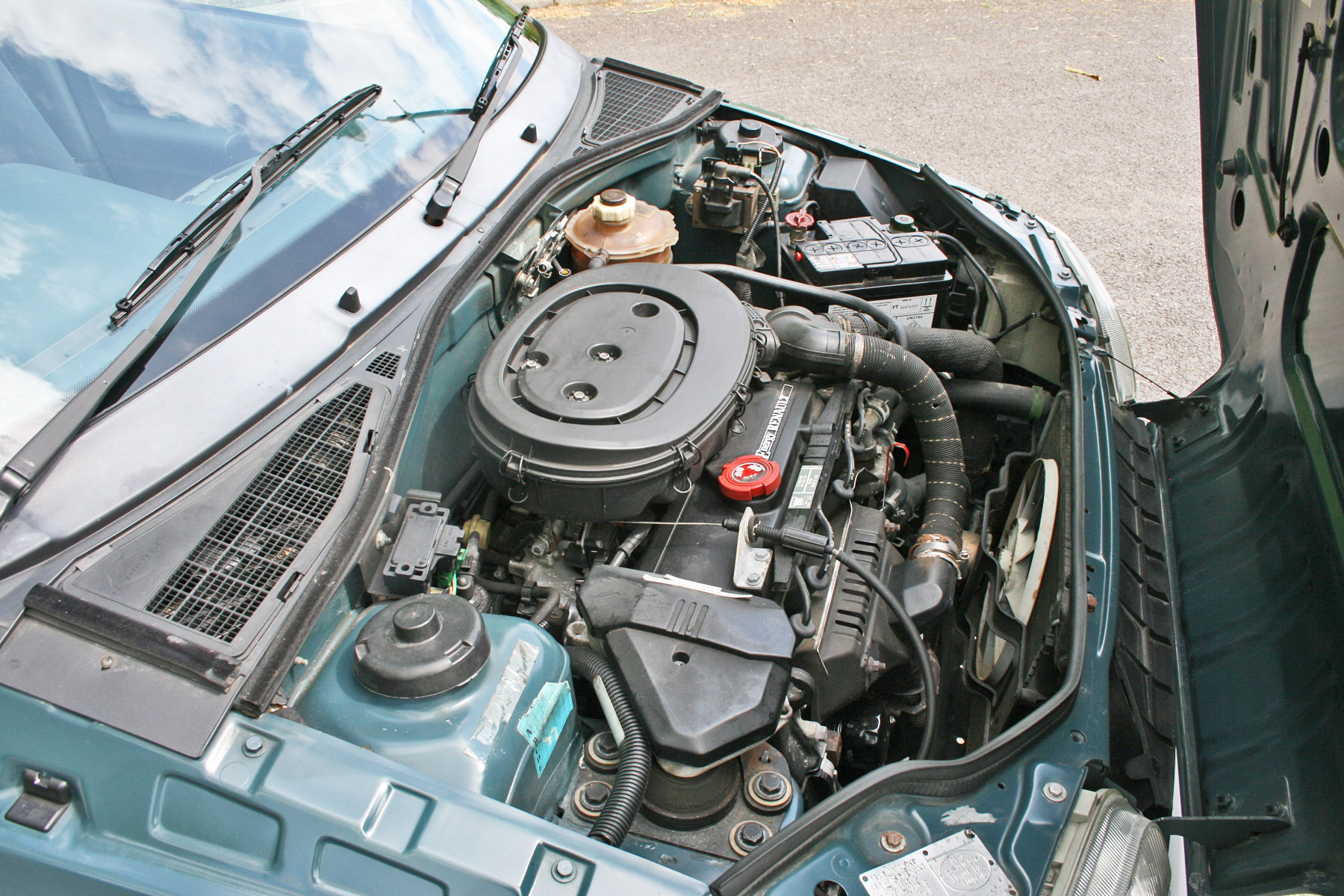 Buyers were given the choice of two petrol and two diesel engines. The model we’ve got on test here is the more powerful, fuel-injected 1.4-litre petrol, producing a hefty 60hp. 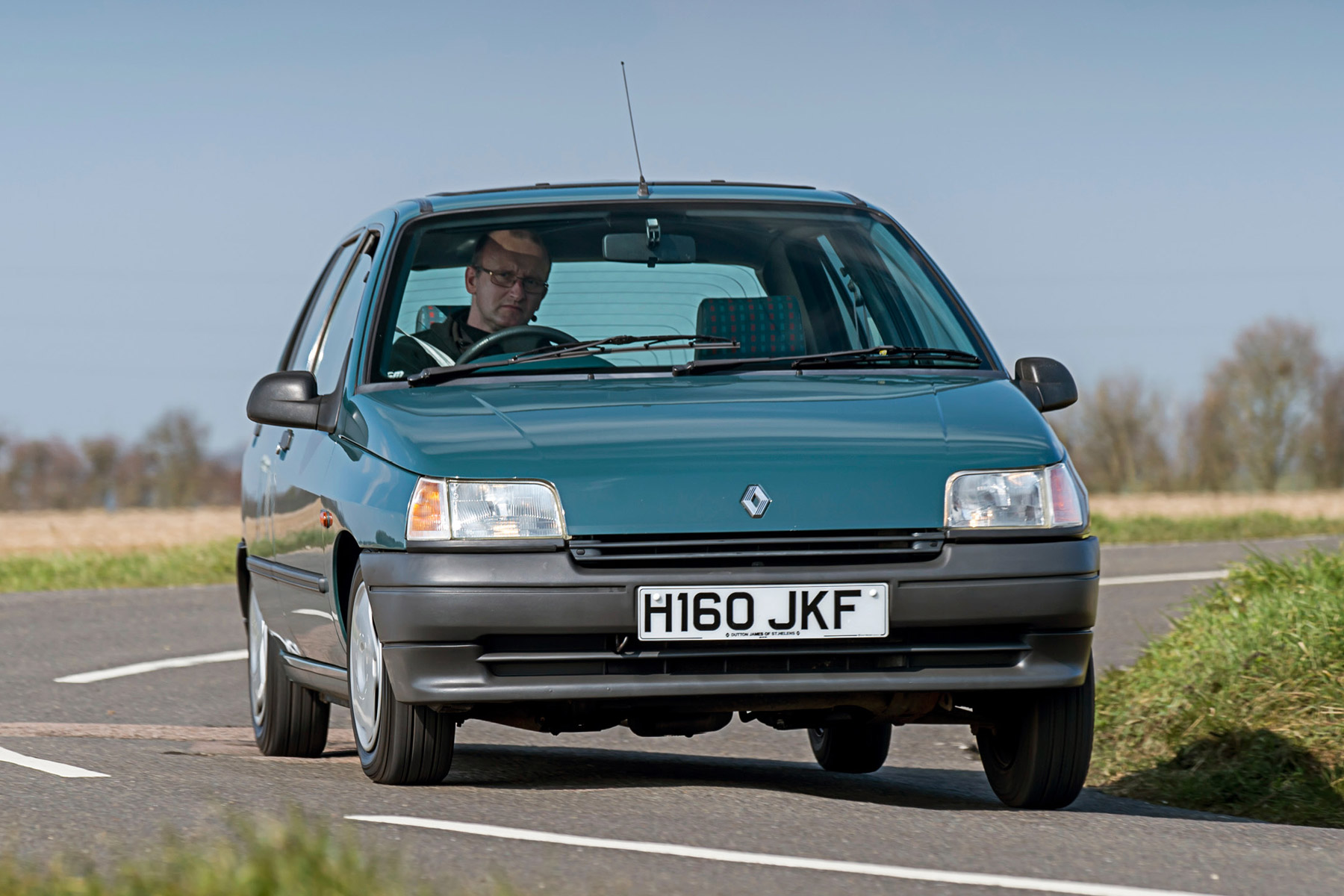 Today, the original Renault Clio is an absolute delight to drive. Honestly. The cabin feels light and airy, with excellent visibility all-round. The engine, although asthmatic compared to the turbocharged units powering superminis today, is fine. Get it wound up and it’ll tick along with modern traffic without a fuss.

It’s surprising how refined the original Clio feels. This is an exceptionally good example (it’s from Renault’s heritage fleet), but the engine can barely be heard at low revs. Fortunately, it gets a more vocal as you approach its rev limiter – there’s no rev counter.

The steering is a bit heavy around town (no power assistance here), but it’s easy enough to dart in and out of traffic once you’re used to it. On the open road, it’s not the most communicative handler (and rolls a lot by today’s standards), but it’s OK. 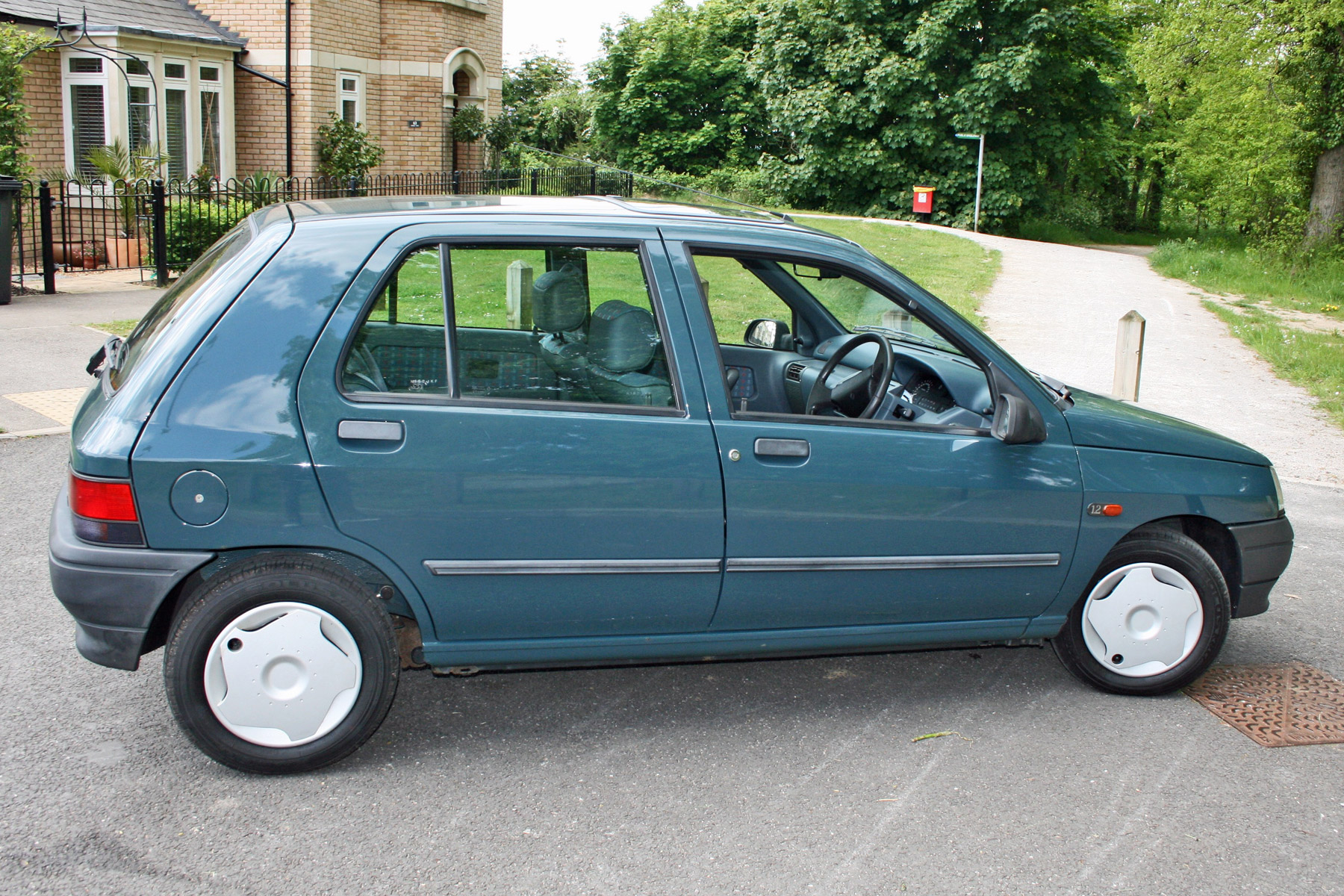 French cars of this era don’t have the best reputation for reliability, but there’s not a great deal that goes wrong with the original Clio. They’re brilliantly simple. Of course, if you’re planning on running a car of this age it’s always worthwhile having breakdown cover, but we doubt it’d be any more likely to leave you stranded than its peers.

It’ll be cheap to run, too. More than 40mpg should be achievable on a day-to-day basis, and parts are cheap and readily available. Insurance is about as cheap as you can get. 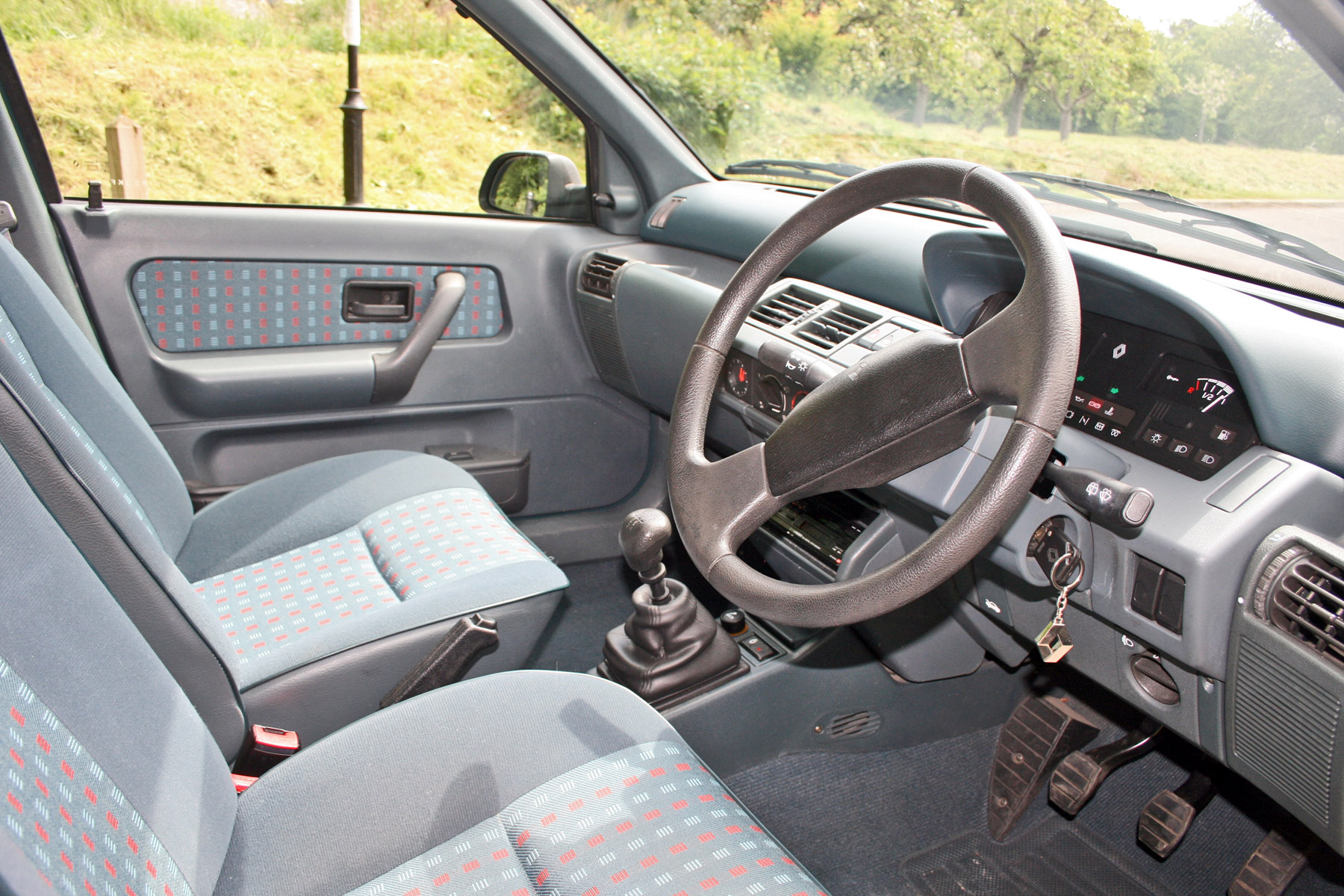 Yeah, why not? Sure, don’t expect much in the way of creature comforts (although there is a radio that, in our test car, can only find Classic FM), and it’s probably wise to avoid crashing it. 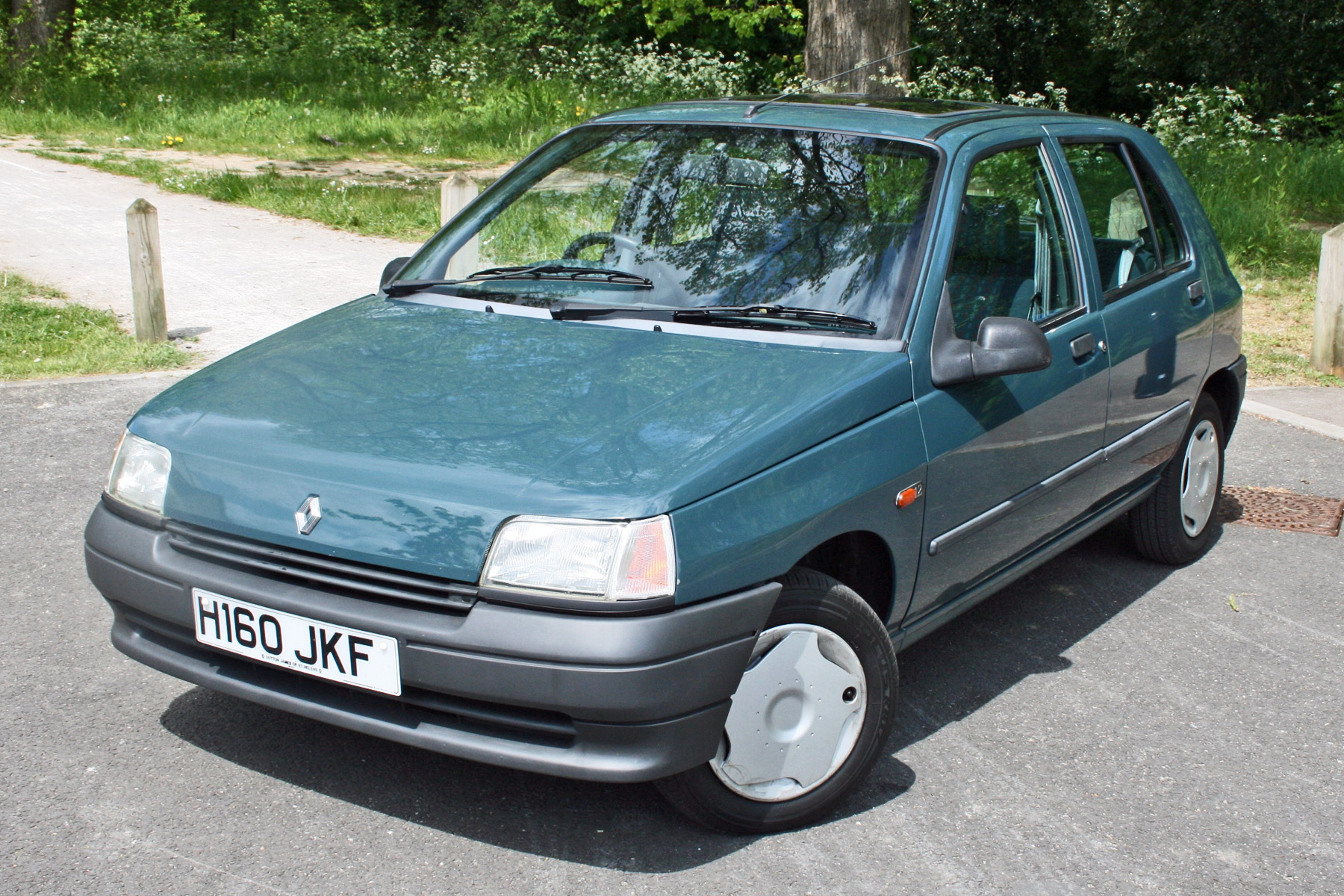 The original Clio is yet to reach full classic status, so prices are very much in the banger territory – while they’re also getting too old to command a young driver premium. An Auto Trader search suggests you can pick one up for as little as £250, and we wouldn’t spend more than £1,000 on anything but the tidiest example. 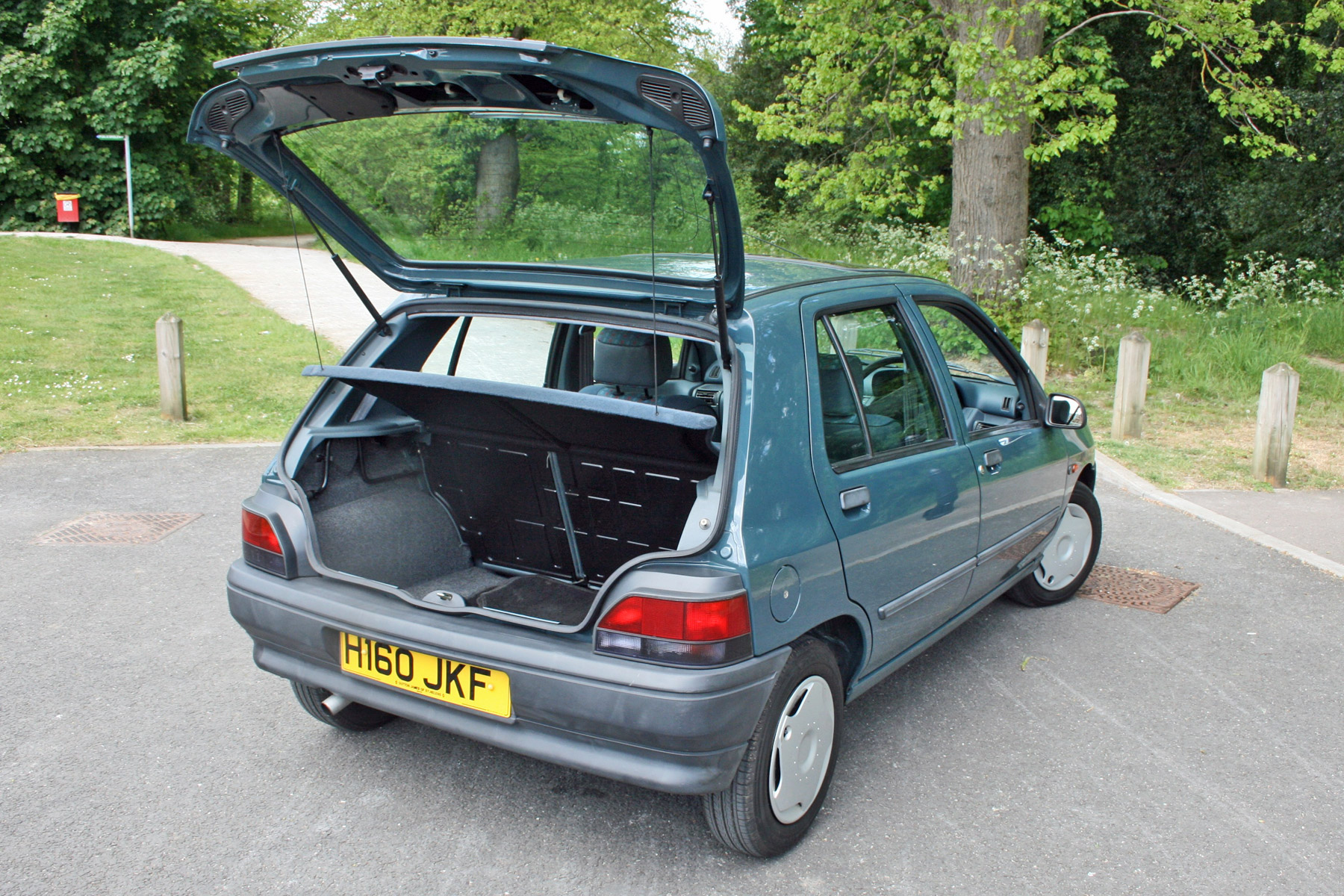 It’s pretty standard stuff, really. Try to find a cared-for example, there must be many ‘one elderly owner from new’ cars out there. Avoid any that have been treated as cheap runarounds as they may have been maintained on a budget.

Rust isn’t a huge problem, but the arches do go, so look out for bubbles – and the automatic gearboxes can go wrong, so make sure you give it a thorough test drive. We’d prefer a manual, but make sure the clutch isn’t showing any signs of slipping. 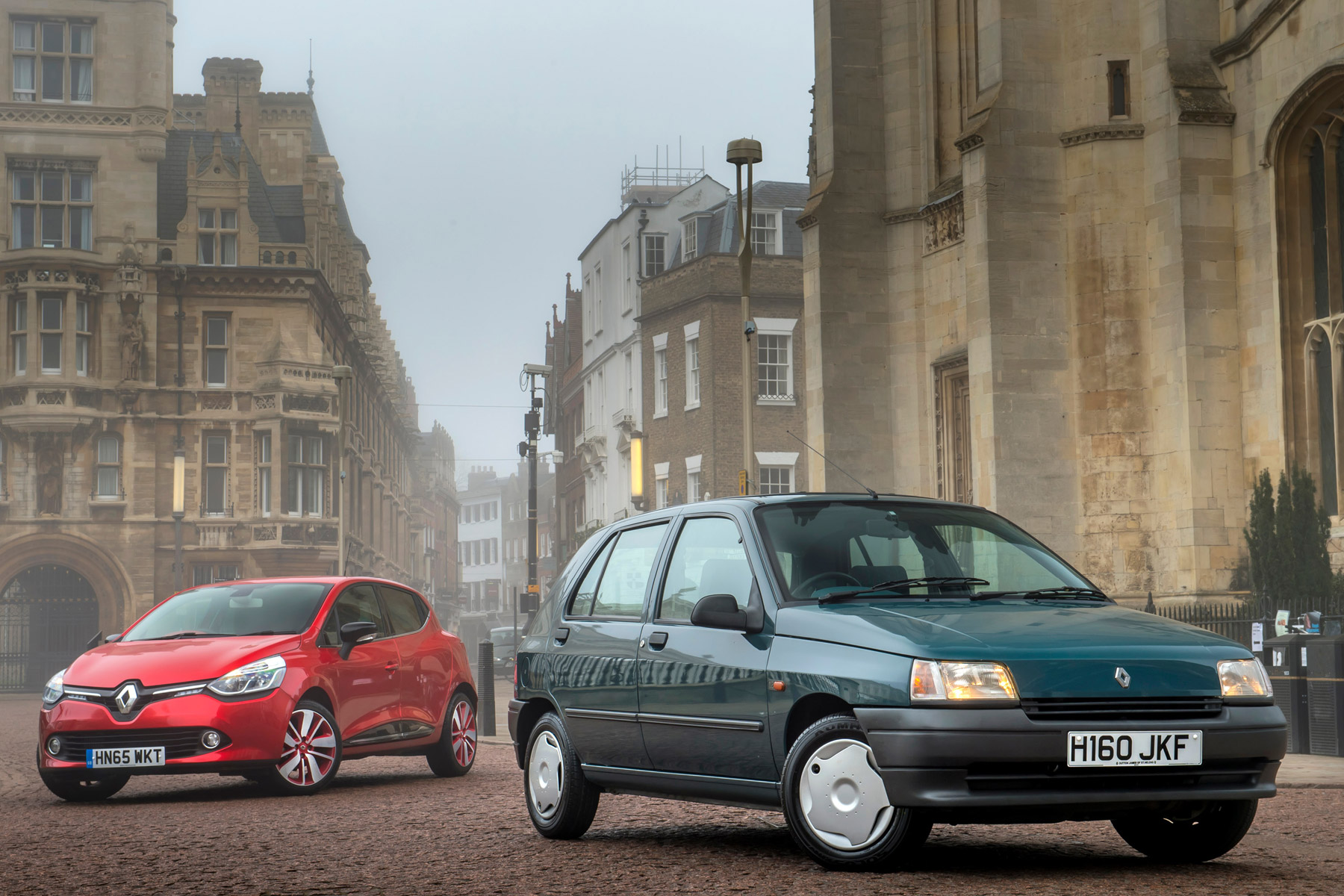 If you’re looking for a car that’s going to attract a crowd at a car show, this isn’t it. A Renault 5 or Citroen AX might be more of a classic, but there’s definitely a certain analogue charm to the Clio. If you find a good one, and look after it, it’s only a matter of time before all the rest will have disappeared. 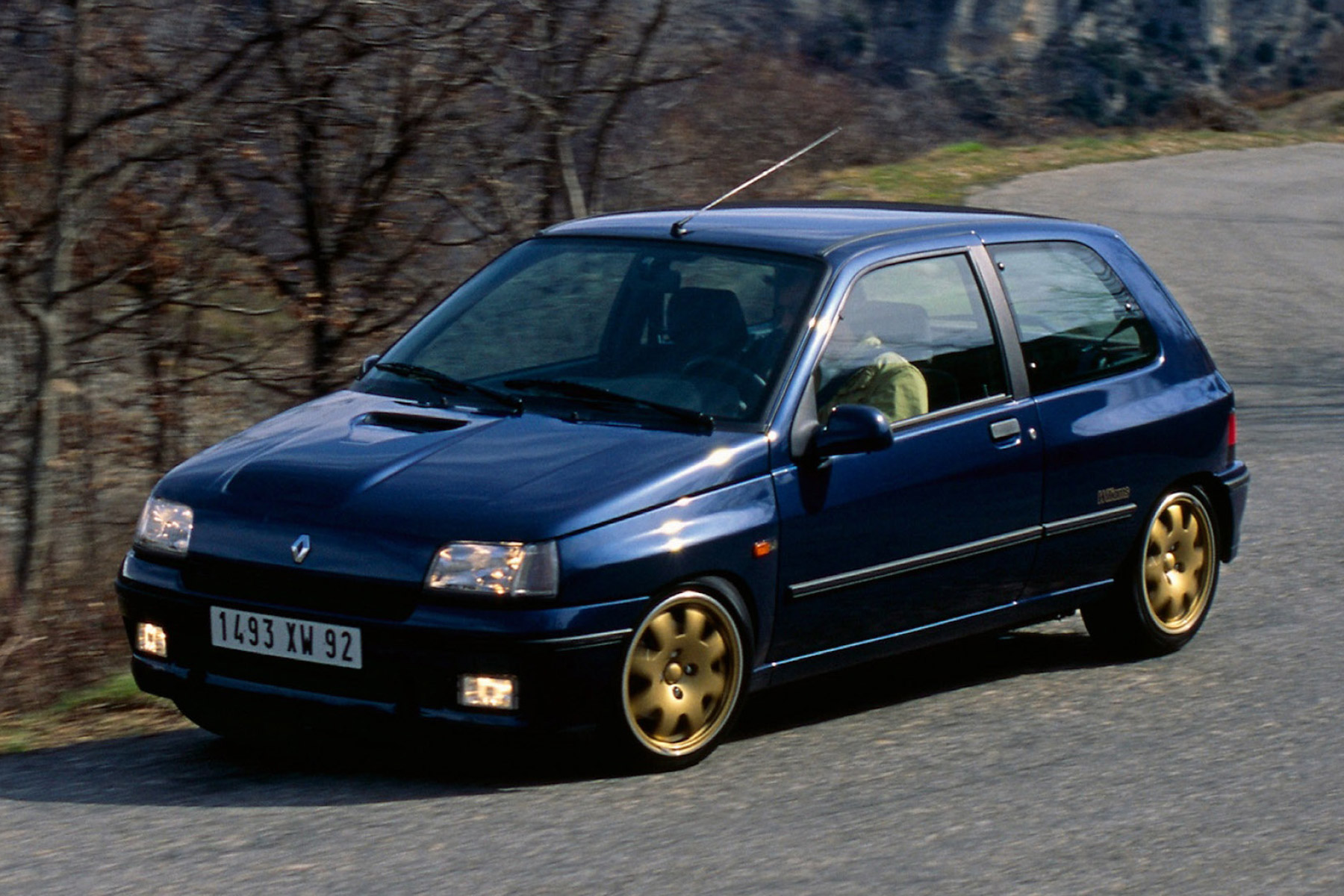 For homologation purposes, Renault built the limited-edition Clio Williams. Named after the F1 team, the Clio Williams was powered by a 2.0-litre four-cylinder engine and finished in a unique blue colour with distinctive gold alloys. It’s one of the most desirable hot hatches of the 1990s.