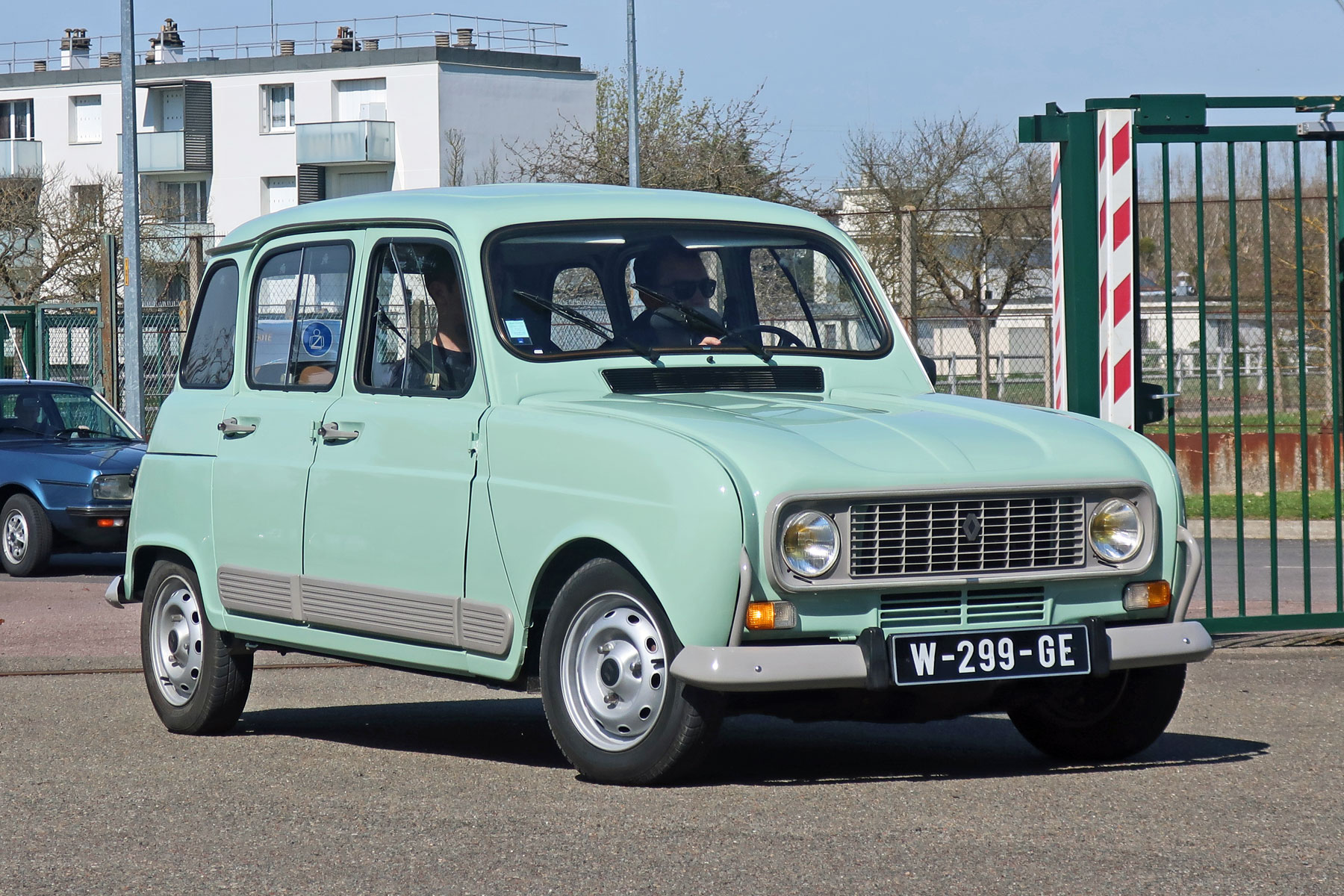 A car that could take the family on holiday, be driven as a work vehicle and wouldn’t cost a fortune to run. That was the idea behind the Renault 4 when it was launched in 1961.

Production lasted until 1992, and they’re still a common sight in rural areas of France. Just like a Citroen 2CV, a French holiday isn’t complete without catching sight of a well-worn Renault 4. 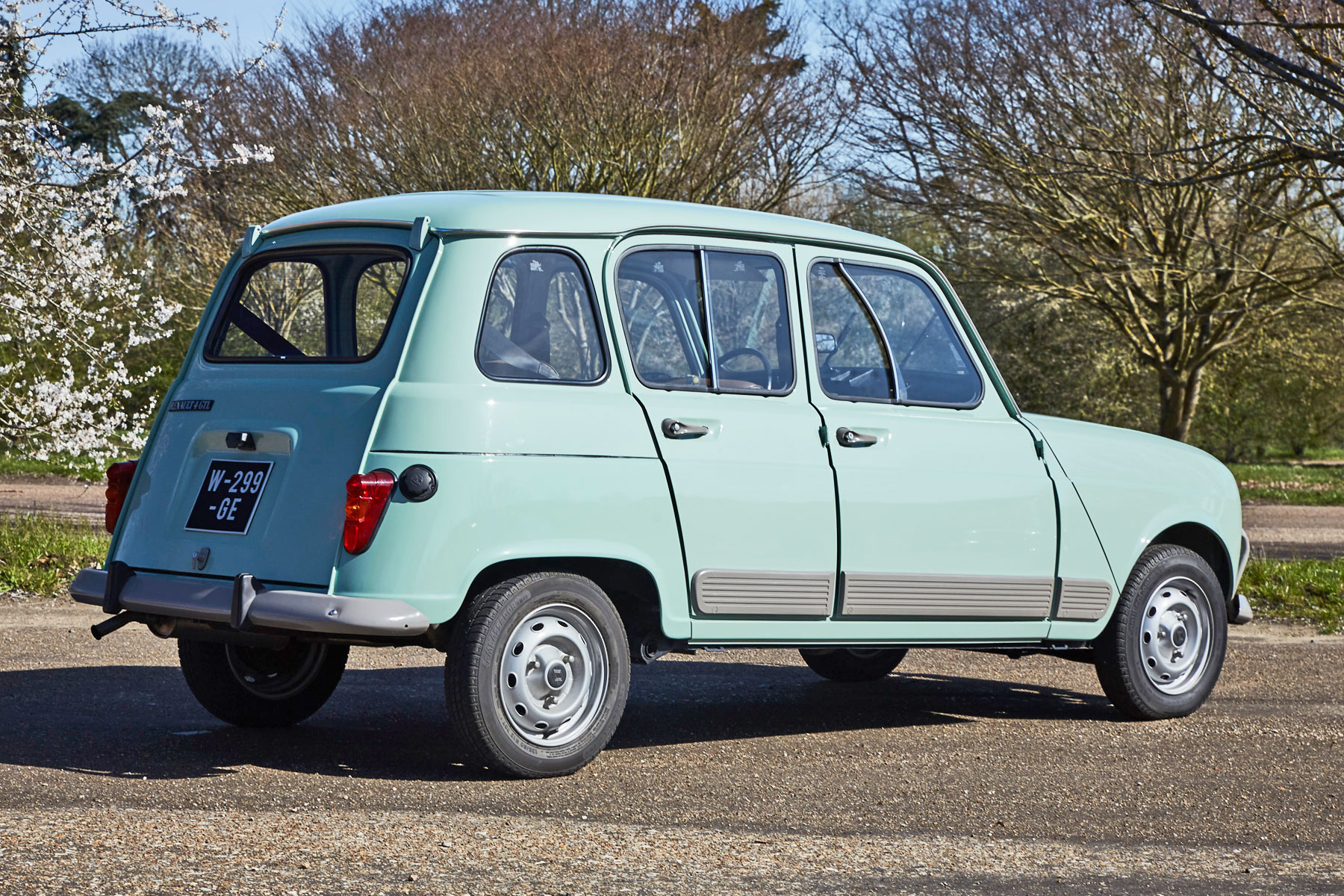 This immaculate example is a Renault 4 GTL. Part of the manufacturer’s massive heritage collection, it was first registered in 1980 and has led an easy life since then.

As a GTL, the car is powered by the same water-cooled 1,108cc engine as the Renault 6 TL and Estafette van.

It can be identified as a GTL by its grey grille, bumpers and plastic cladding running along the bottom of its doors. 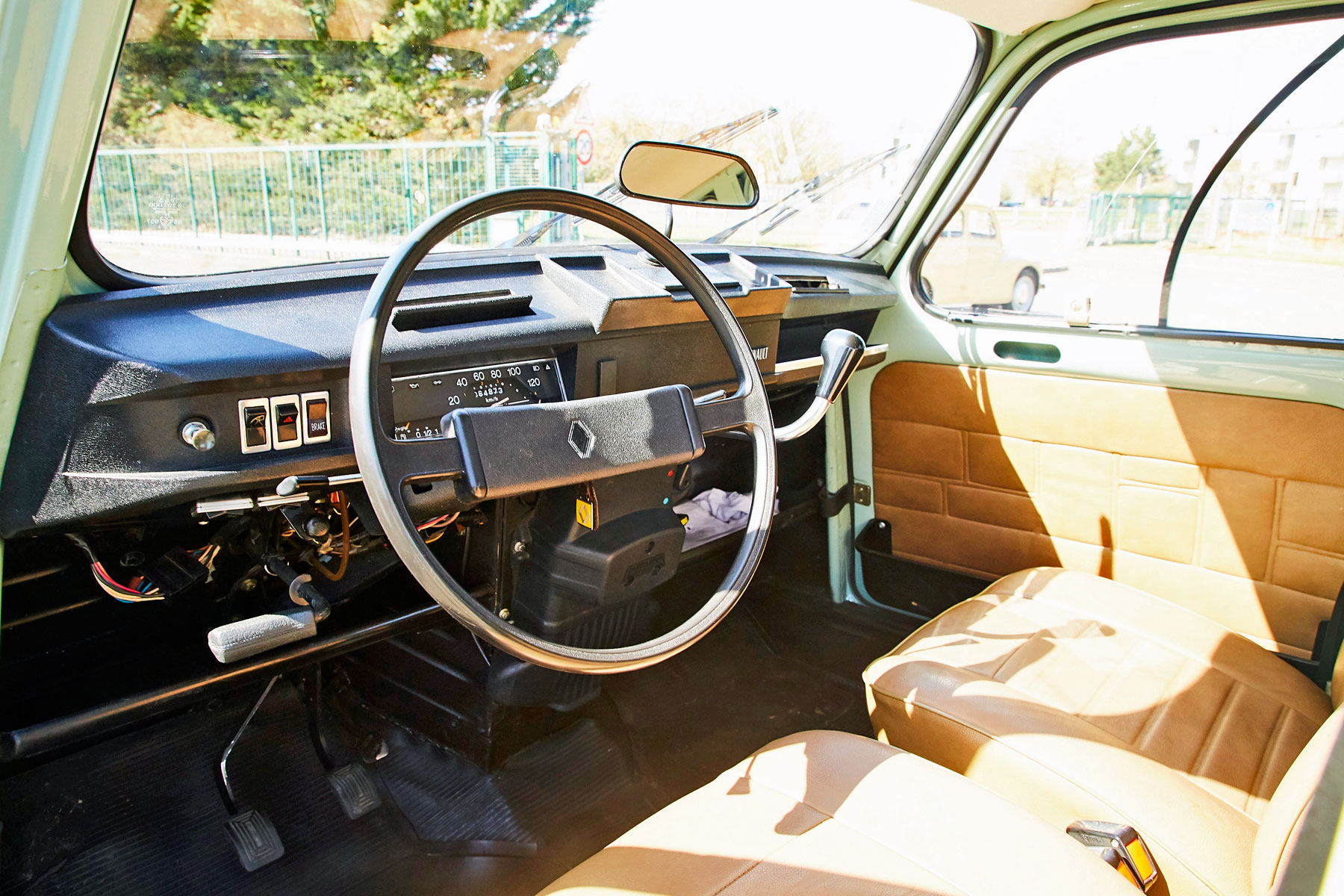 The 4 was the Renault’s first front-wheel-drive car (although the technology had previously been introduced with the Estafette), with a focus on economy and practicality over performance or driver engagement.

It’s surprising, then, just how much fun the Renault 4 is to drive. The gearstick protrudes from the dash in an unconventional manner, not dissimilar to the seventh-generation Honda Civic. This is out of necessity more than anything – it links to a rod that runs over the top of the engine before dropping down to the gearbox at the front of the car.

While it seems bizarre at first, it’s a really sweet gearbox to use. By this stage in Renault 4 production, it had a four-speed ’box with synchromesh on all ratios. Finding gears is easy once you’re used to the strange position of the lever, and the change feels wonderfully precise. 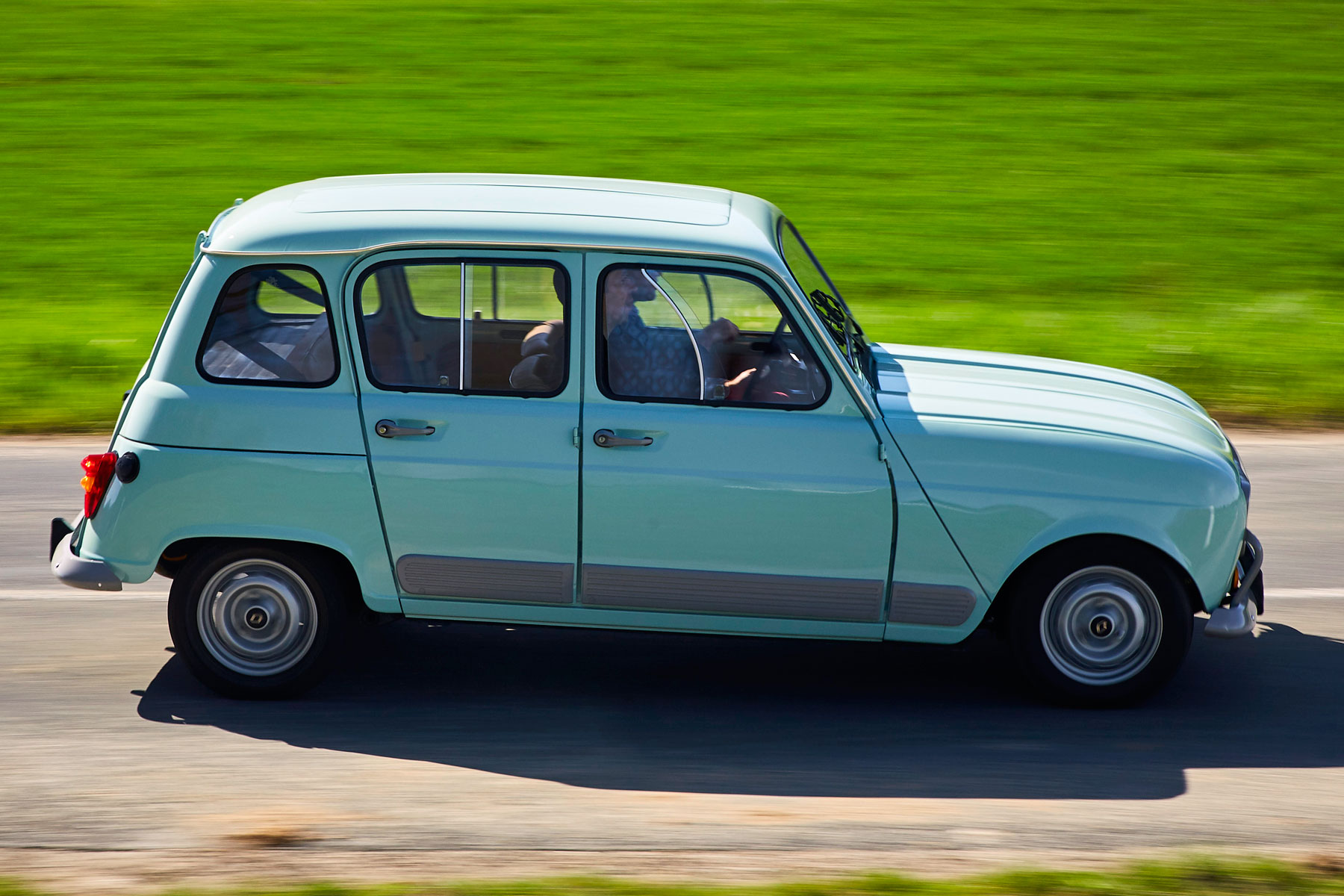 Although it’s not quick (it boasts just 34hp and a top speed of 75mph), it’s sprightly enough. The ride quality – a hallmark of old French cars – allows you to keep pace over potholes, while the brakes are adequate, if a little worrying if you’ve just jumped out of something modern.

Things can get a trifle concerning in corners, too, where it nudges near-2CV levels of lean.

The light steering also means you’re not entirely convinced it’ll make it around bends without running out of road. Perhaps that’s why R4s are such a common sight in French fields… 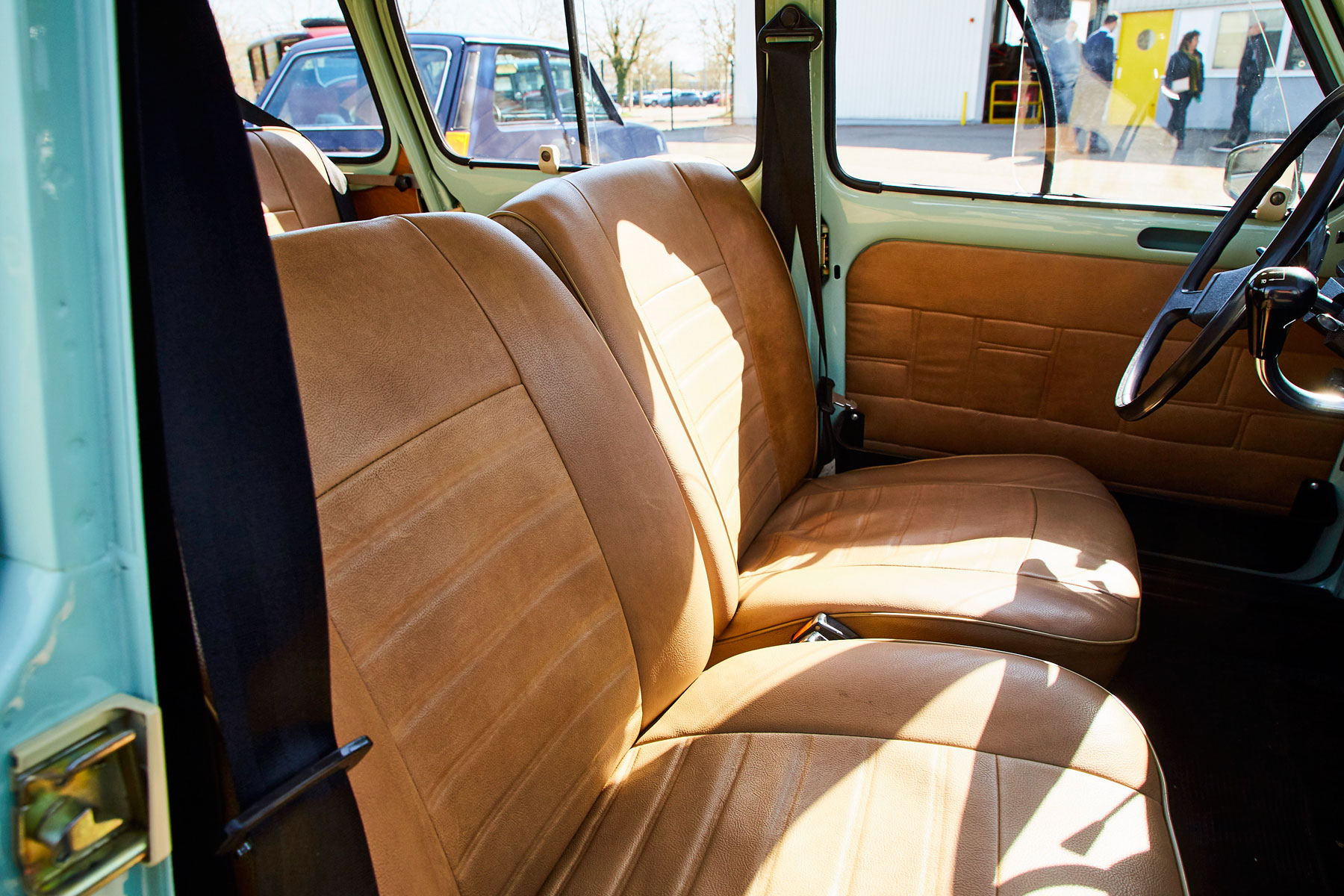 Although you might see plenty of Renault 4s in daily use in France, they’re a little harder to find here in the UK – especially in good condition. We’d favour a later model, like the one we’ve driven here, simply for its extra power and four-speed synchromesh ‘box.

Prices depend on condition more than age or anything else. While you’ll pay more than you once would, they’re not extortionately expensive (or indeed as pricey as the Citroen 2CV). Expect to pay up to £5,000 for a tidy, usable example.

In France driving a handful of Renault’s 750-strong (!) heritage fleet. I’m having quite the day. pic.twitter.com/F8p8RxlcVv

As with many old cars, rust is the biggest concern. It’s particularly prominent around the rear suspension mountings, so inspect carefully. If it’s been repaired (and it probably has at some point), satisfy yourself that it’s been done properly rather than a quick patch to get it through an MOT test.

Another rust-spot to watch out for is inside the rear doors, while all four corners of the floorpan can also rot (but repairs are relatively affordable). Panels also rust, but replacements are available from Renault.

Mechanically, Renault 4s are pretty robust, while the interior is equally hard-wearing. Get one that’s structurally solid and anything else can be fixed fairly cheaply. 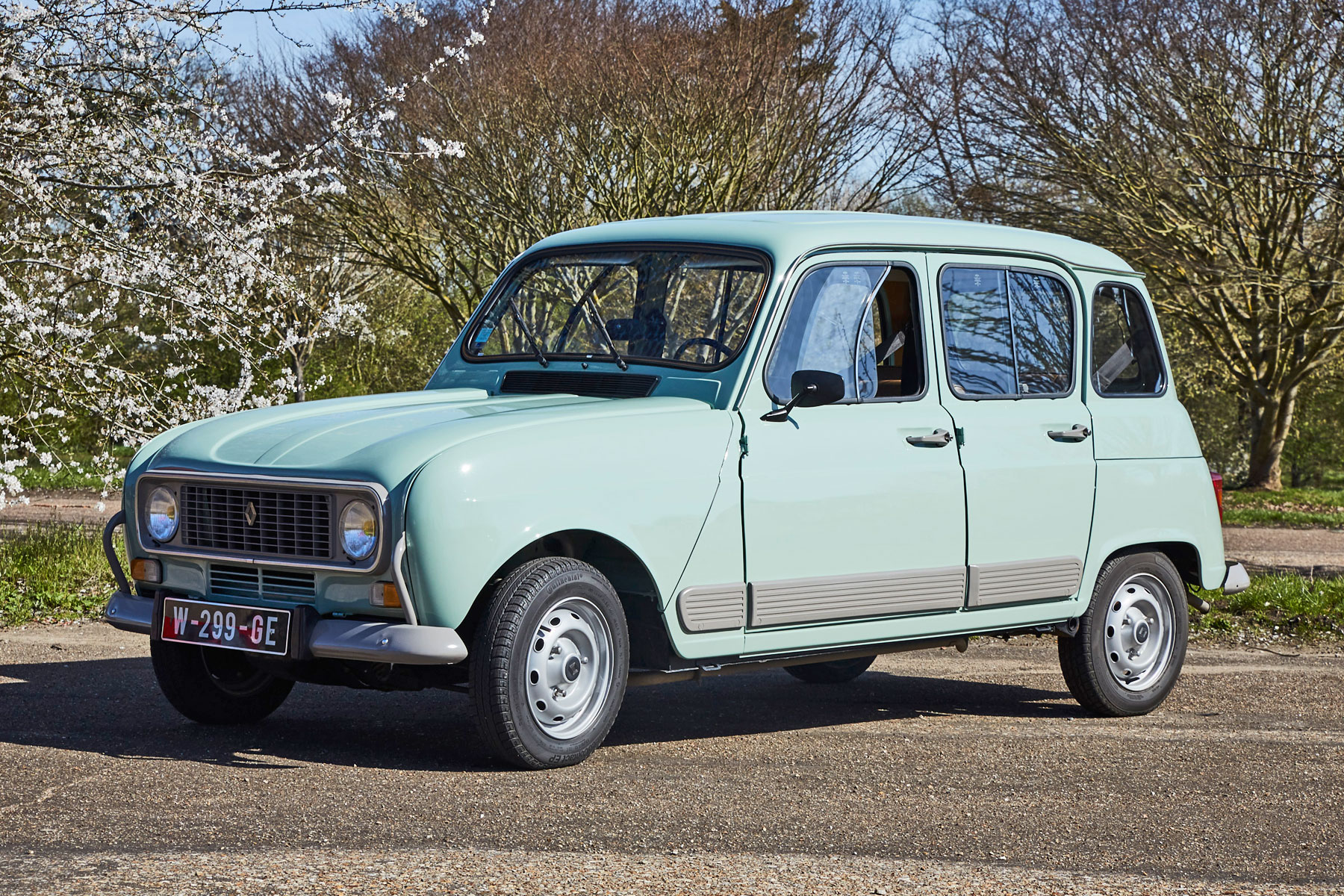 The Renault 4 is a bargain of the classic car world. Utterly charming to drive, it’s incredible that you can buy such an iconic vehicle for less than £5,000. Just imagine what an original Mini of a similar vintage would cost. And the latter are a lot more common, certainly here in the UK.

Although we’d be reluctant to drive an R4 every day – and it’s certainly not the choice for long motorway journeys – it’s perfectly pleasant to pootle around in, while the interior is functional and endearing.

Finding a good one may take a little time, but you haven’t missed the boat. Running one won’t break the bank either, unless you get one with a chassis that resembles a colander…

In pictures: the greatest hot Renaults ever

The coolest car from the year you were born