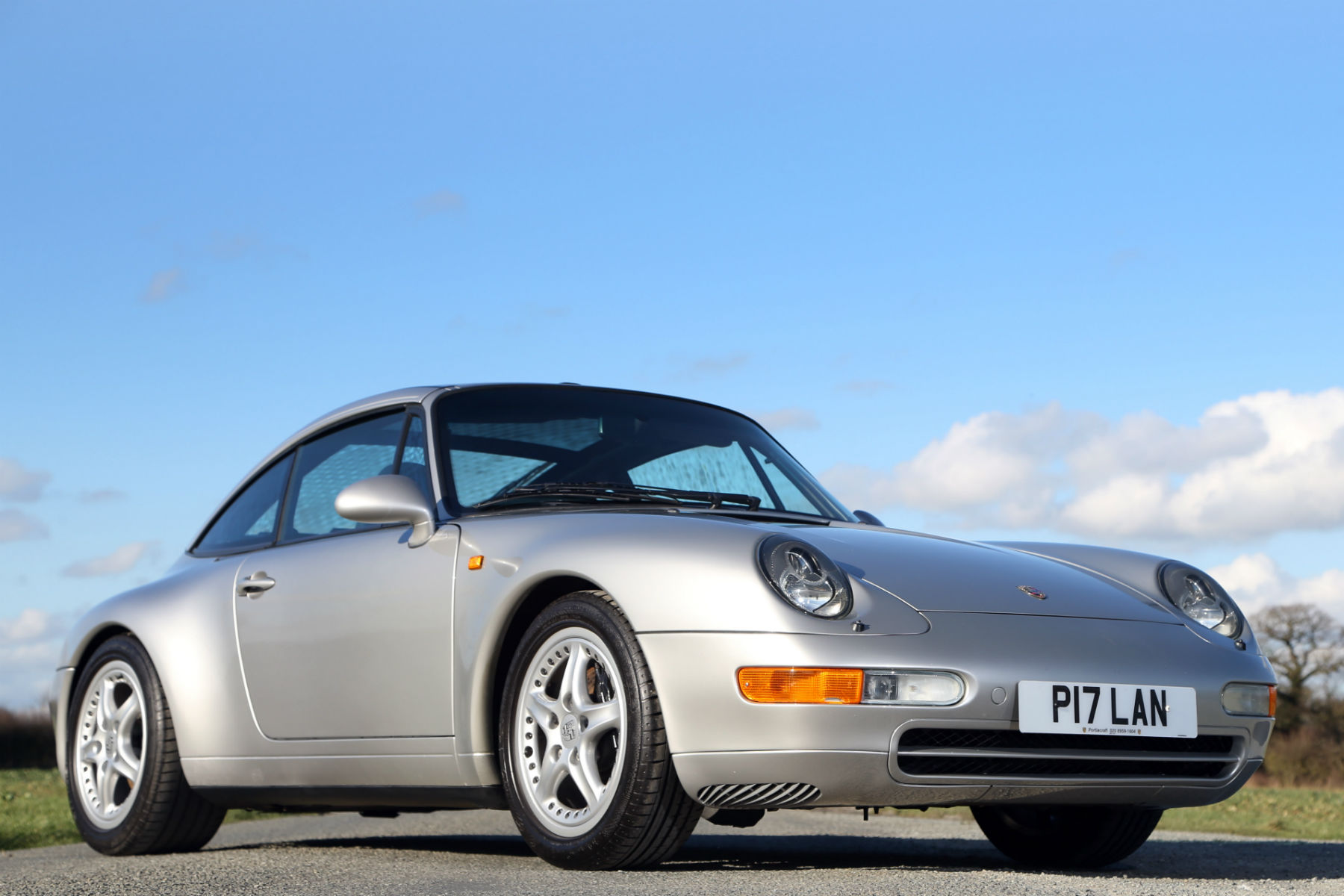 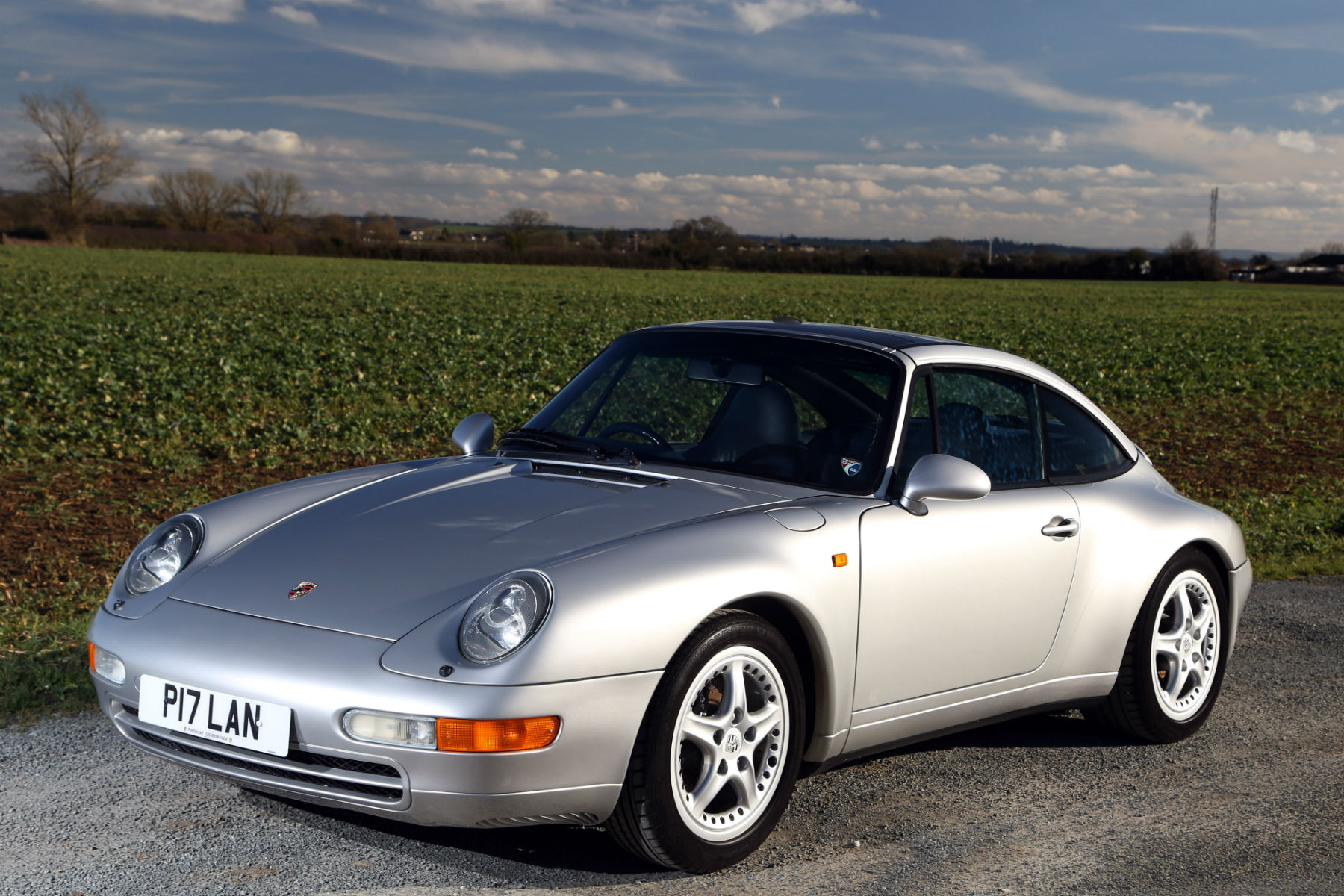 The 993 was the last 911 with an air-cooled engine – Porsche switched to water-cooling for the 996 of 1999 – and sleek styling, compact dimensions and superb handling, combined with relative rarity, make it highly sought-after today.

This particular 993 is a Carrera 2 Targa, meaning it has rear-wheel drive and a retractable glass roof. It was supplied by renowned Porsche specialists, Autofarm – and has since been sold.

The current 911 has a long list of rivals, from the Audi R8 to the Nissan GT-R. Sports car buyers weren’t so spoiled for choice in the mid-1990s, though.

Prices for the Honda NSX are roughly on par with the Porsche, and the Japanese car is arguably even better to drive. However, its aluminium body can make repairs prohibitively expensive. The Mazda RX-7 is a less exotic and cheaper alternative – if you can find one that hasn’t been modified. 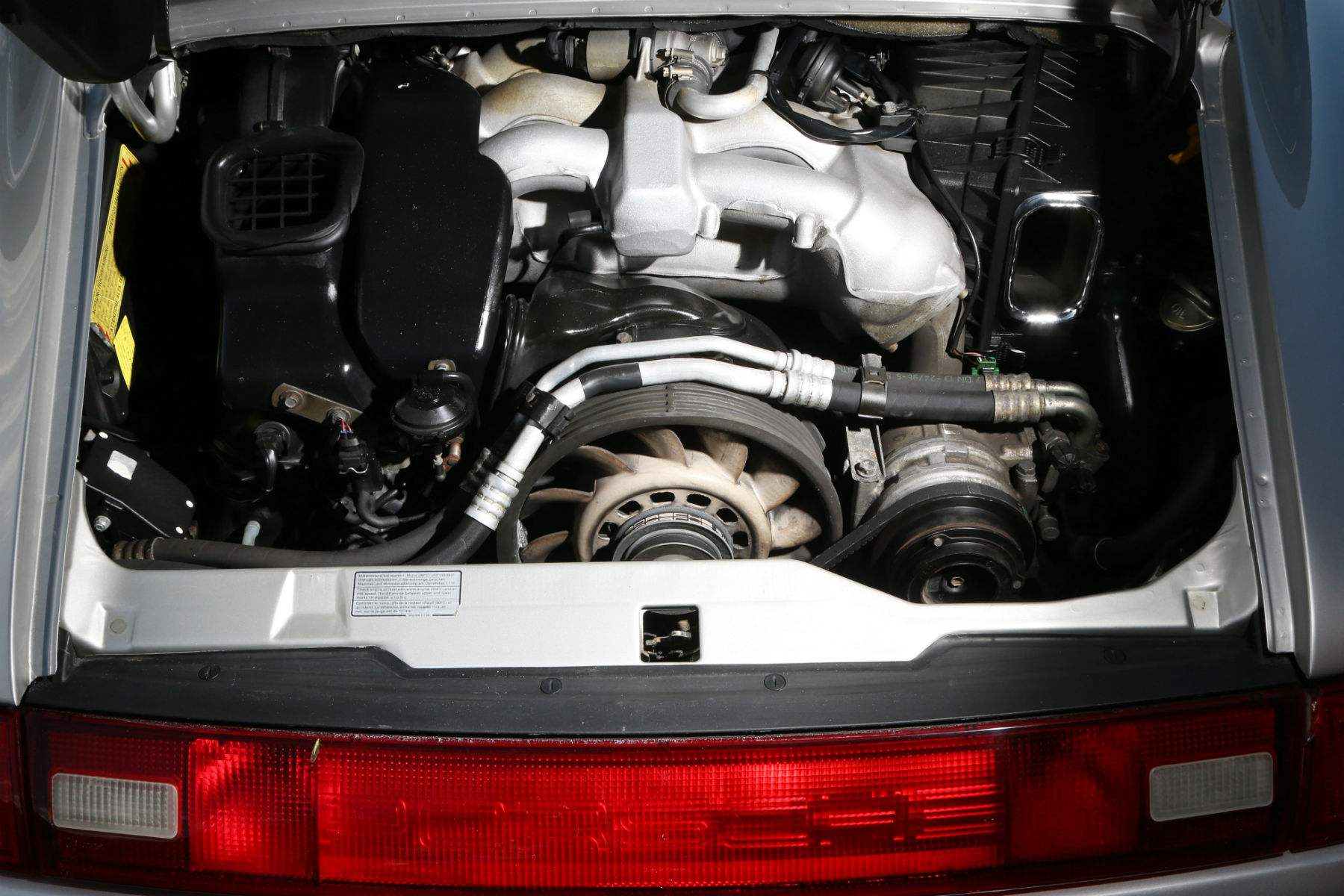 A 3.6-litre ‘boxer’ six-cylinder engine is mounted just aft of the 993’s rear axle. This 1997 car has the Varioram intake system, which boosts power to 286 hp (earlier cars has 272hp). It also boasts a six-speed manual gearbox, rather than the – less desirable – Tiptronic semi-automatic. 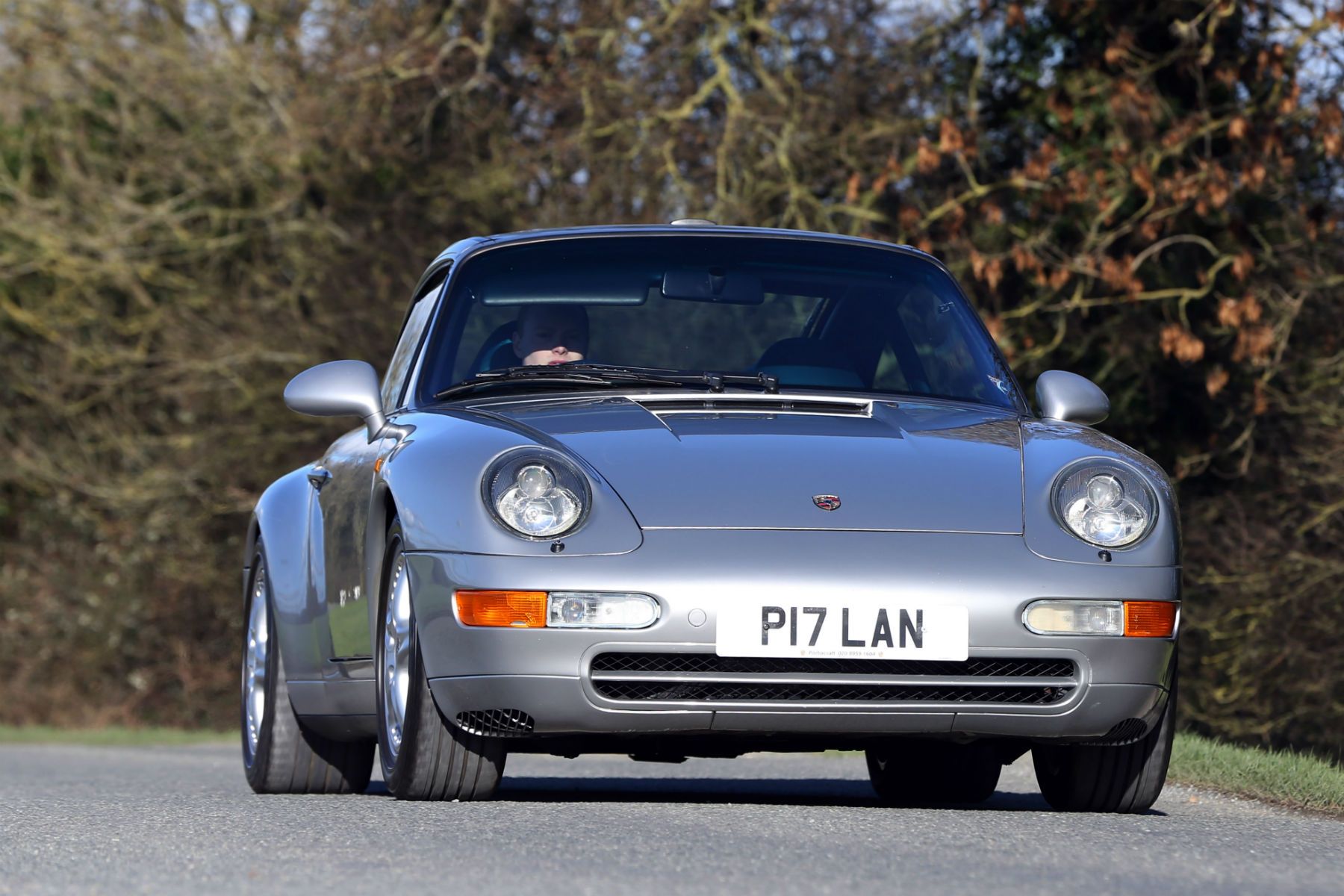 First impression of the 993 is how compact its cabin is – even for my equally ‘compact’ 5ft 8in frame. The pedals are very offset to the left, too.

Any minor discomforts are soon forgotten when you fire-up that flat-six, though. It’s turbine-smooth, and surprisingly quiet at low revs. But push the floor-hinged throttle a little further and that familiar hollow air-cooled bark echoes around your eardrums. There’s nothing quite like it.

On the road, the 993 feels darty and surprisingly dainty; it’s closer in size to a Cayman than a new 911. The steering is wonderfully talkative and the brakes are better than expected for a 19-year-old car.

At low speeds it understeers (runs wide), but push a little harder and the rear end comes into play. Tail-wagging oversteer is there on-demand if you want it. However, conscious that 993s lack any electronic stability aids – and that this car is worth around £44k – I back off before brimming confidence gets the better of modest talent. 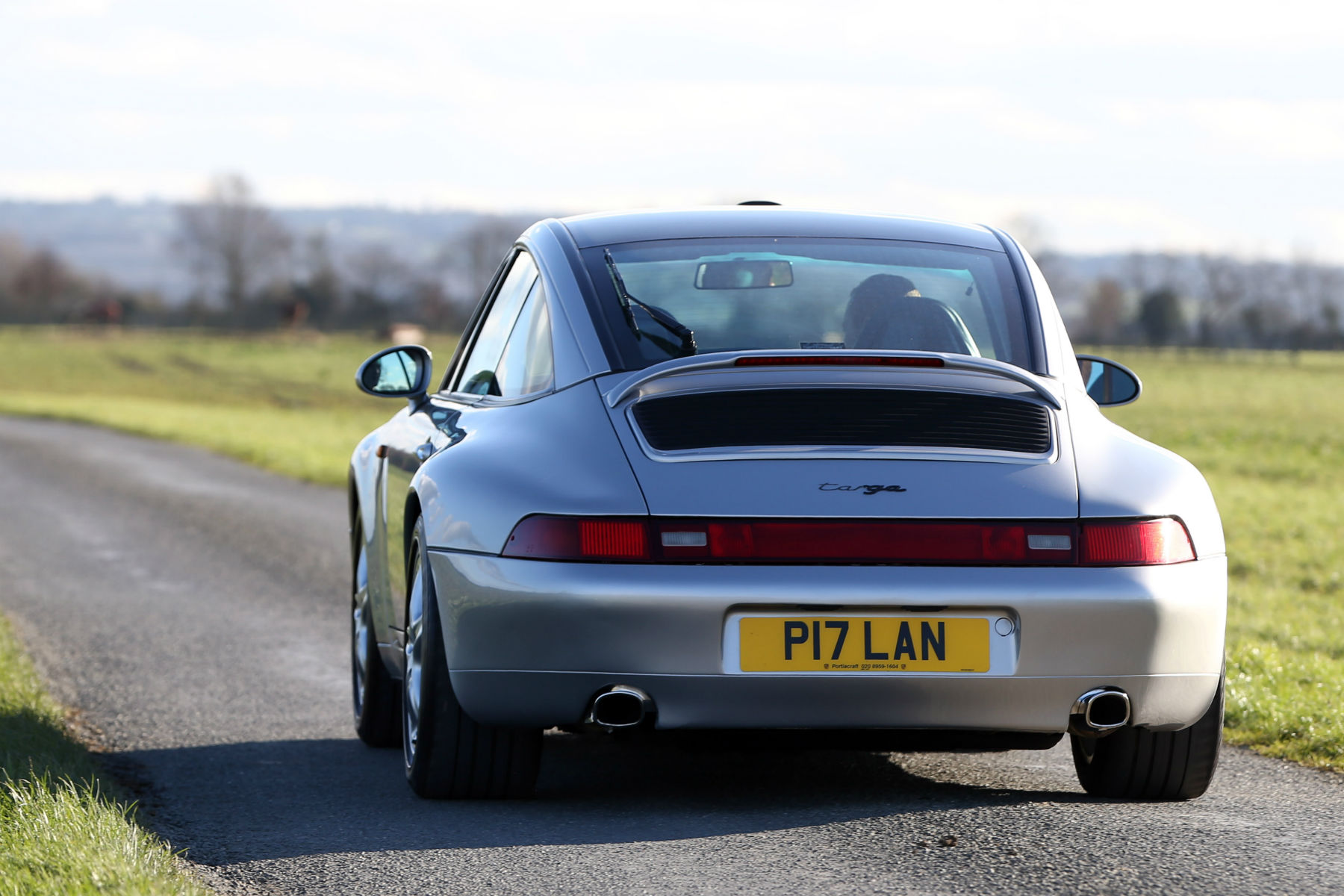 The 993 comes from the era that spawned the ‘Germanic build quality’ cliche. Serviced regularly, it should prove a paragon of reliability; the most likely issue will be rust – we’ll come to that shortly.

No 911 is cheap to run, but a network of knowledgeable specialists, such as Autofarm, means you aren’t reliant on pricey Porsche dealers. Budget up to £500 for a minor service (every year), and £1,000 for a major one (every two years).

With official fuel economy of (ouch!) 16.8mpg, filling up could be your biggest expense. At least classic insurance and pre-2001 road tax of £235 a year keep costs down. 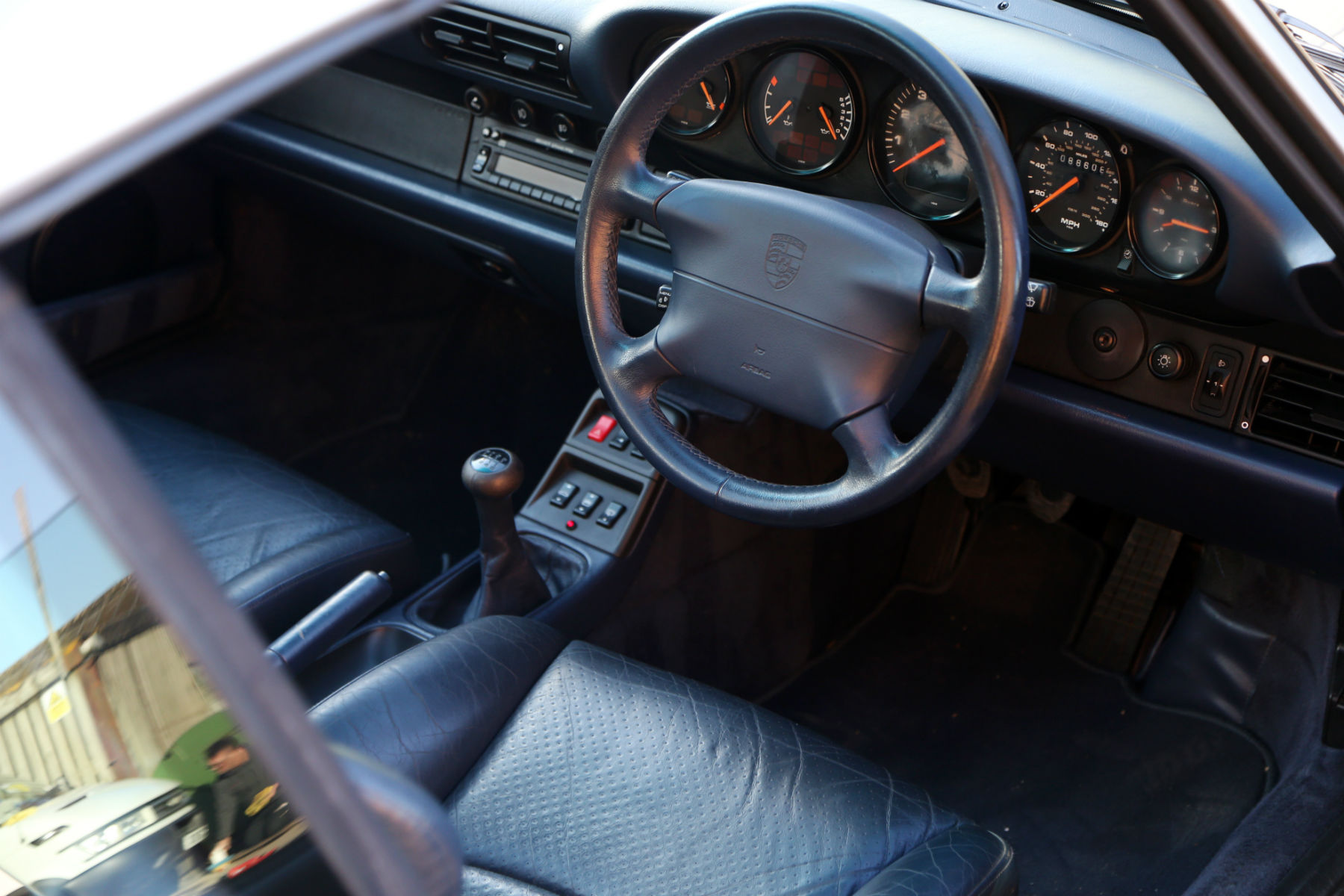 Assuming you could stomach the fuel bills, the 993 is comfortable, refined and practical enough to use every day. There’s less room in the front ‘boot’ than current 911s offer, but many owners simply use the child-sized rear seats as additional luggage space.

The 993 was the first 911 Targa with a sliding glass sunroof in place of a removable panel. So you can enjoy the sunshine at a moment’s notice – along with styling that’s barely distinguishable from the 911 coupe.

Porsche prices seem to be spiralling ever upwards, and the 993 is one of the biggest appreciators. That’s good news if you already own one, but less so if you’re looking to buy. GT2 versions can easily top £500k, with the lightweight RS not far behind. Even the once-unloved 993 Turbo is now a six-figure car.

Fortunately, prices for ‘regular’ Carrera 2 and Carrera 4 versions of the 993 aren’t quite so inflated. The cheapest cars are around £30k, although we’d advise spending between £40k and £50k for a tidy car with comprehensive service history. 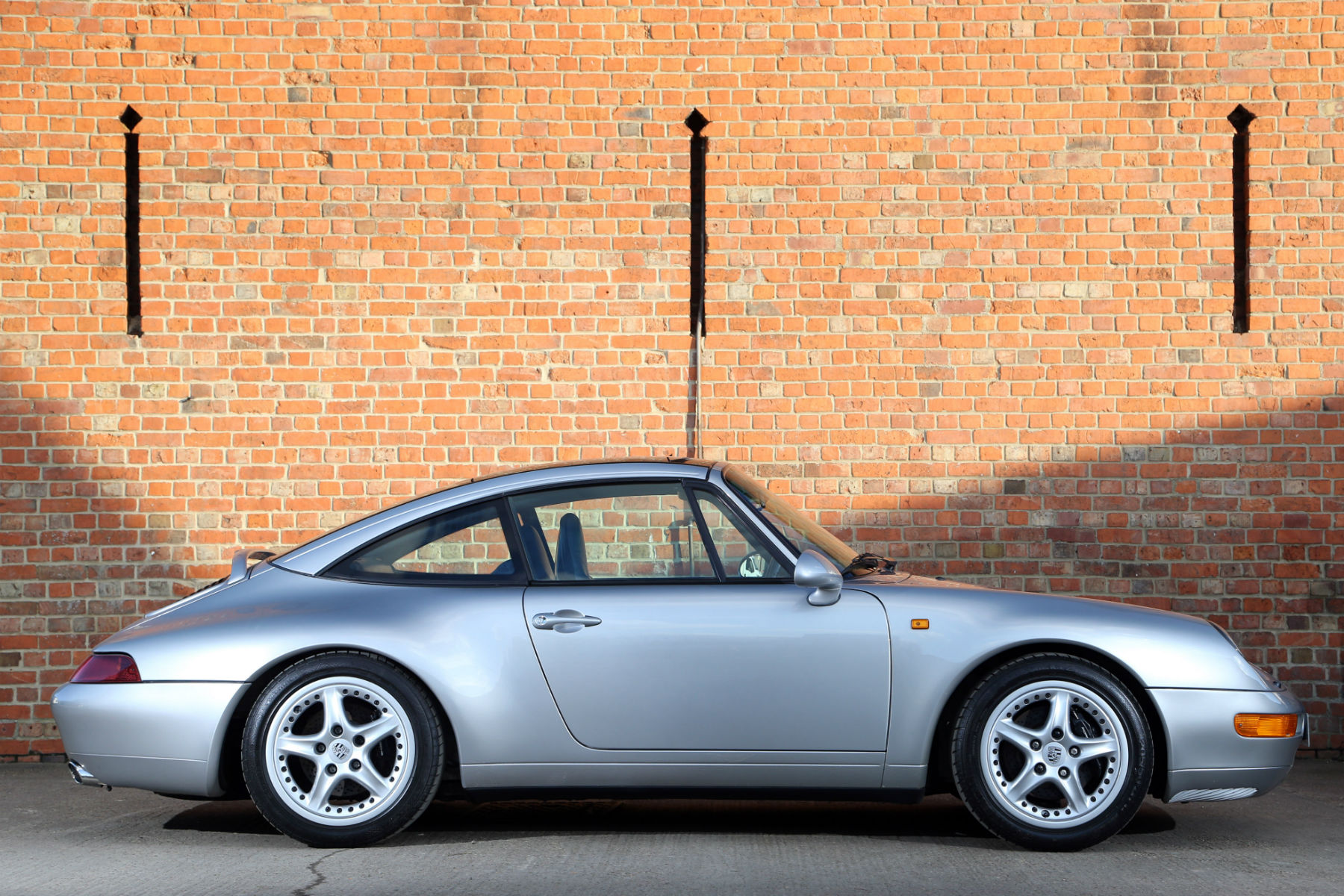 Autofarm founder Josh Sadler is a leading expert on Porsche 911s. Here are his top six tips for buying a 993 Targa:

We’ll leave the air versus water debate to the Porsche purists, but there’s no doubt the 993 is a high-point in 911 history. And when we’re talking about arguably the world’s greatest sports car, that makes it very special indeed.

The odd driving position and haphazard ergonomics would take more getting used to, but we suspect the 993 is a car that worms its way into your affections over time, transforming flaws into mere quirks, and eccentricities into something broadly defined as ‘character’.

Yes, you could have a very nice 997 for similar money. However, we doubt that car – for all its brilliance – will ever be revered like the 993. And besides, drive it carefully and the older car’s increase in value should, hopefully, more than cover its running costs. A free Porsche? Now there’s a thought… 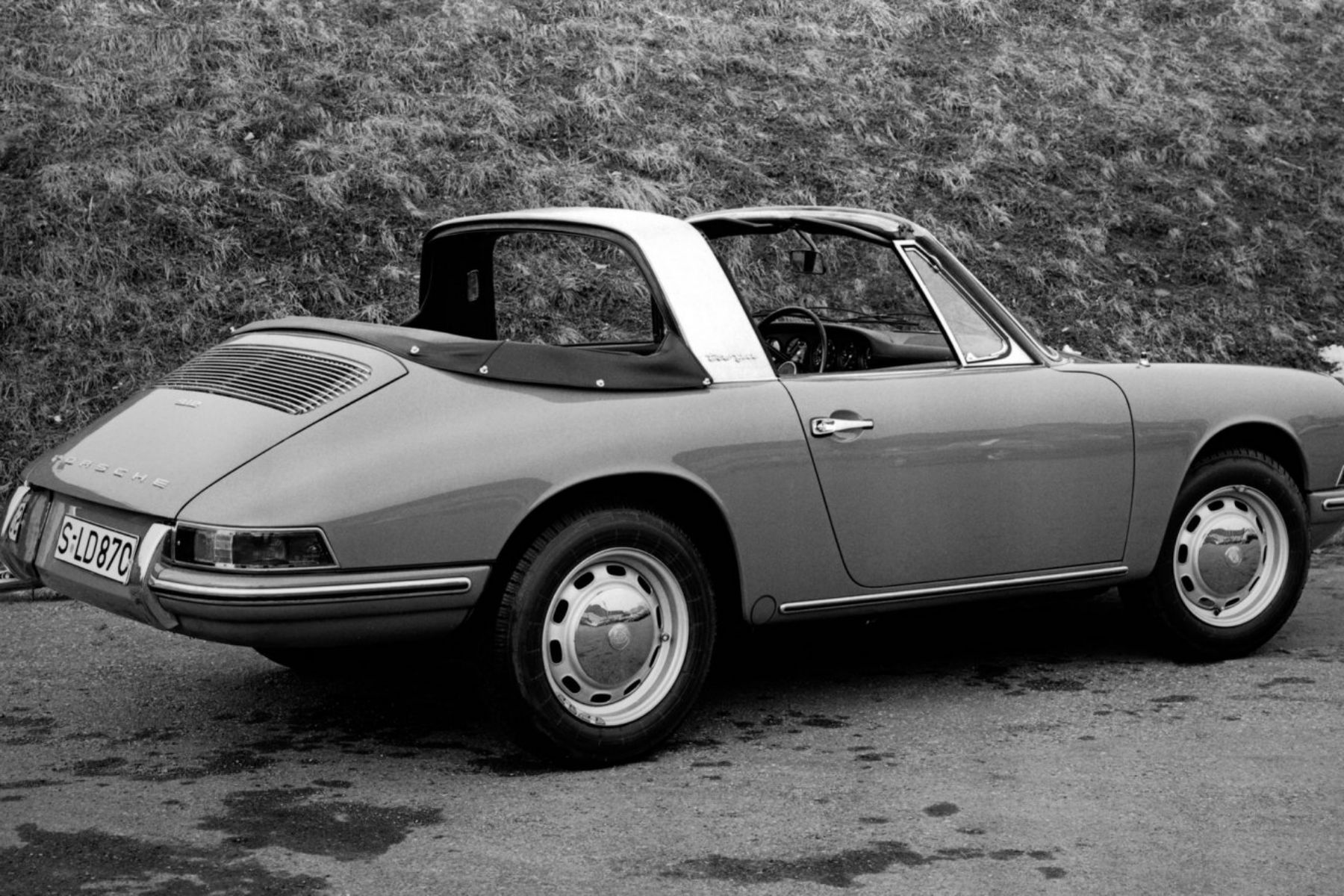 The first 911 Targa was introduced in 1967 and had a zip-out plastic rear window, replaced by a fixed glass window just one year later. The early ‘soft-window’ Targa seen here is actually a Porsche 912 – a budget four-cylinder 911 sold between 1965 and 1969.