On sale from 1971 until 1989, the 'R107' Mercedes-Benz SL arguably became a classic in its own lifetime. We drive one – and ask an expert for buying advice. 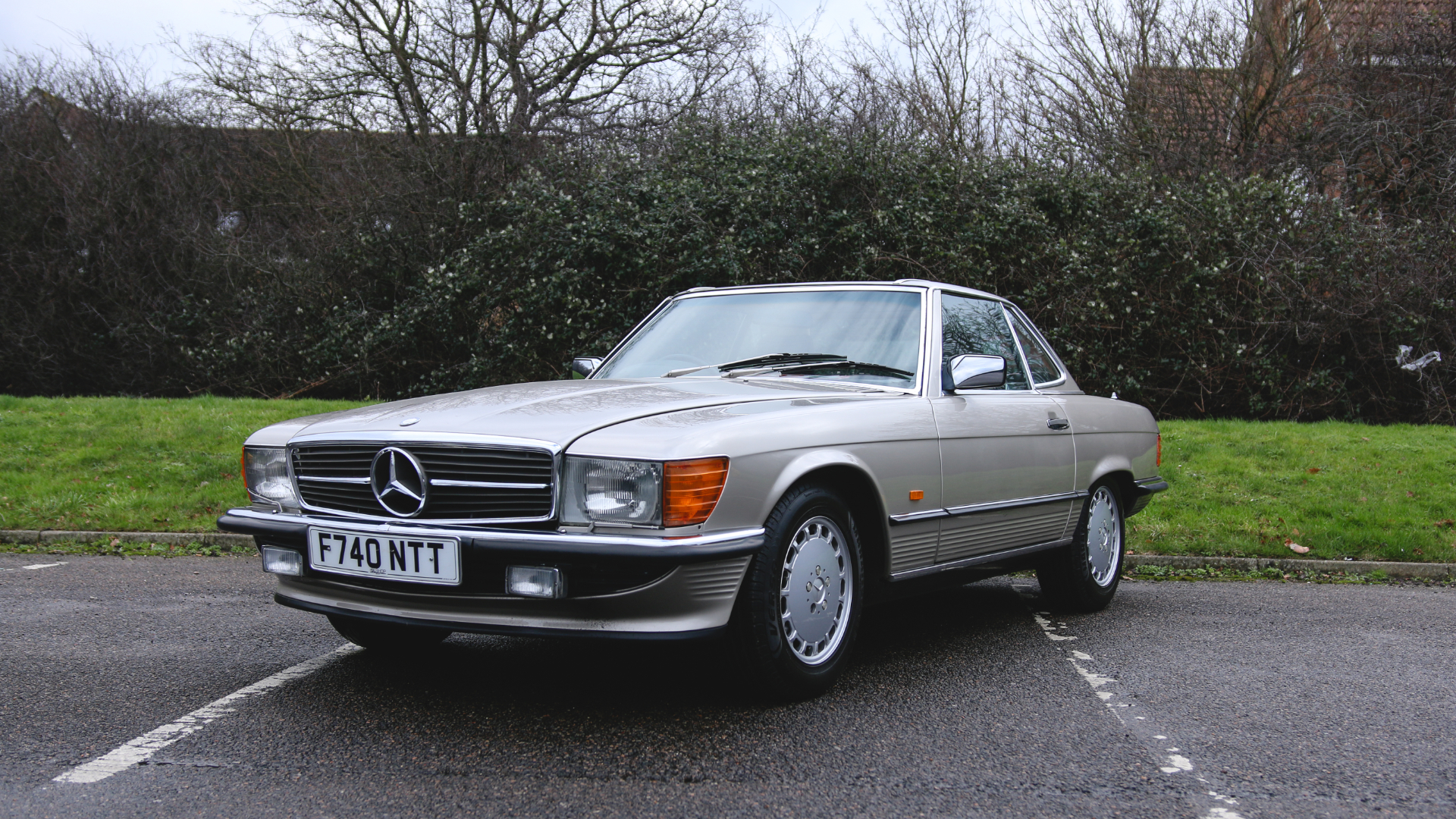 All cars eventually become classics, but not all classics are created equal. The ‘R107’ Mercedes-Benz SL is a case in point.

This luxurious grand tourer – we’ll stop short of calling it a sports car – was a cut above the automotive norm when new, and remains so today. Indeed, it’s one of the best classics you can buy.

The R107 replaced the iconic W113 ‘Pagoda’ SL in 1971 and ended up becoming the longest-lived Mercedes ever. By the time production ceased in 1989, it arguably held classic status even as a new car.

Initially V8-powered, it was later offered with more economical six-cylinder engines. All came with a removable metal hard-top to supplement the manually-folding fabric hood, while the vast majority of buyers opted for an automatic gearbox.

A fixed-roof SLC coupe was also sold, albeit in much smaller numbers. 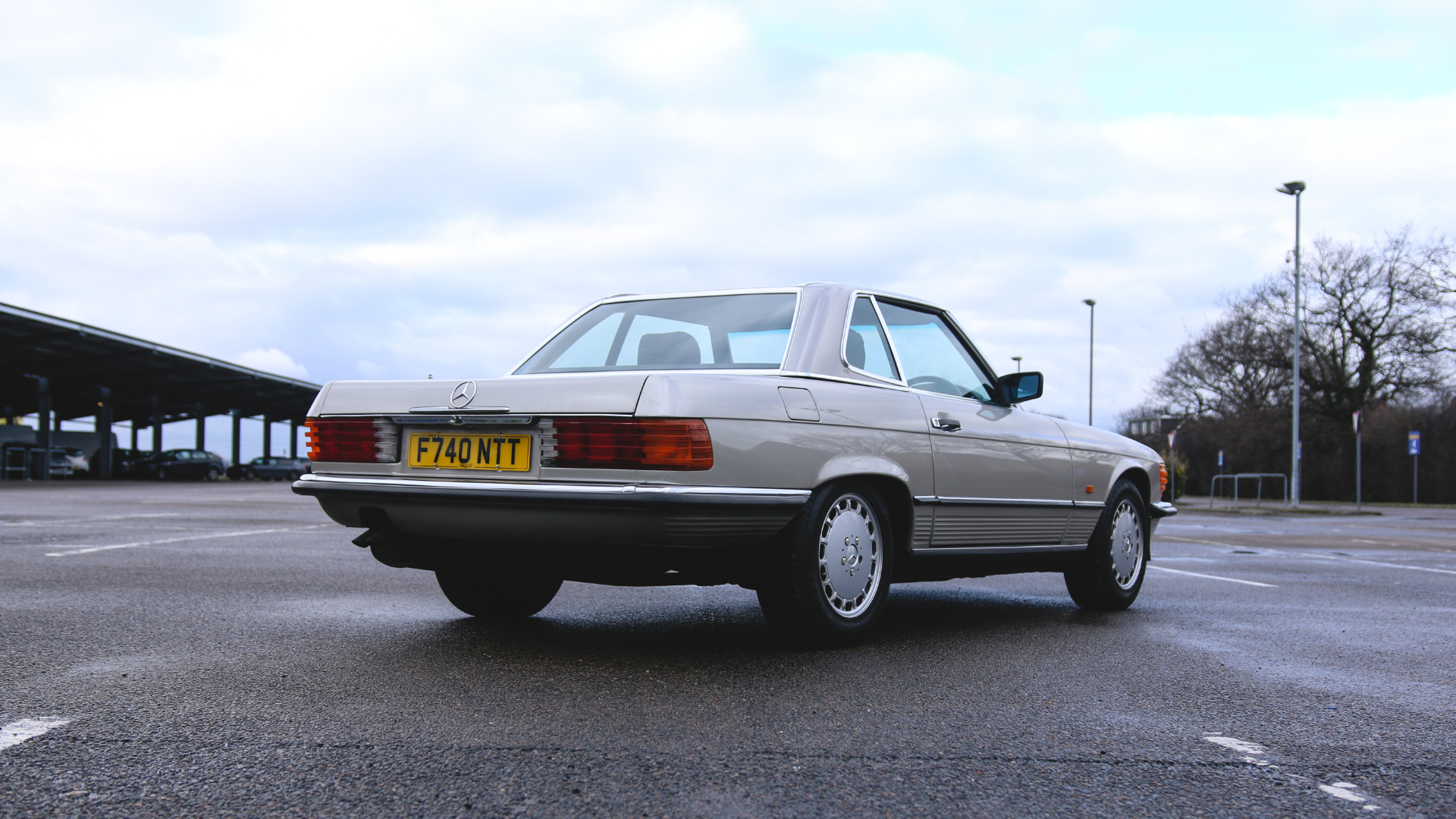 The car I’m driving today is one of the final R107s: a 1989 300 SL. Steve Leigh of Essex Classic Car Auctions is clearly a fan. “They’re just so reliable,” he says. “You could jump in right now and drive across Europe.”

It’s a tempting offer, but Billericay and Basildon will have to suffice. Besides, it’s just started raining.

Clearly I watched too much Dallas and Dynasty as a child because, even roof-up in the drizzle, the SL speaks to me of sun-drenched California cool. It isn’t breathtakingly beautiful like a Pagoda, but its long, louche lines are elegant and perfectly proportioned.

I love the understated 15-inch alloys and Smoked Silver paintwork of this example, too – the latter glinting gold when it catches the light. 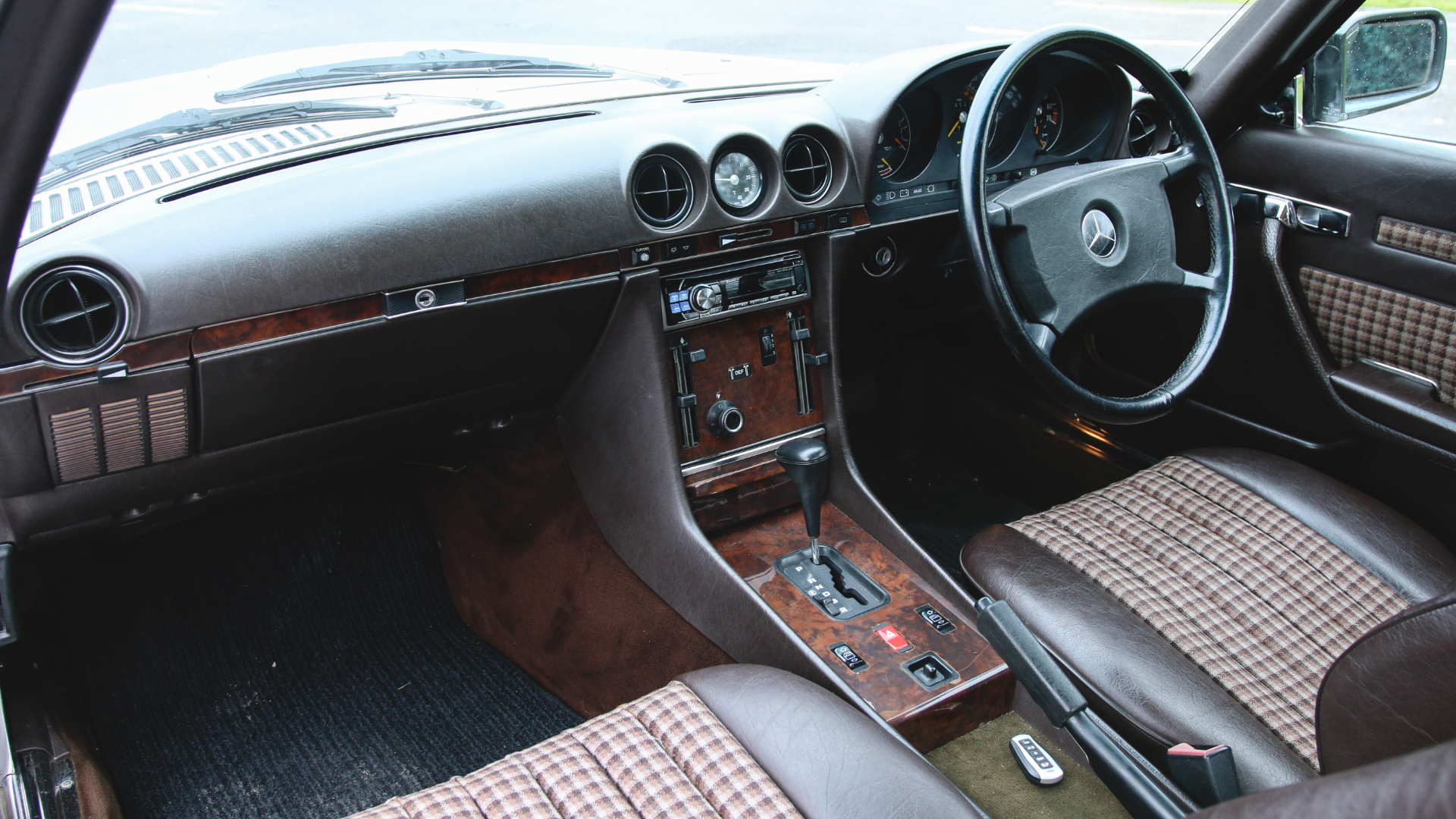 Inside, it’s all rather more retro, not least thanks to the beige-and-brown colour combo. If you’ve just stepped out of a modern Mercedes, be prepared for a culture-shock; there are no touchscreens or technology here, just a simple, wood-veneered dash and flat, springy seats.

Also, the large, low-set steering wheel can’t be adjusted and there’s surprisingly little headroom for those above average height. At least those ‘Germanic build quality’ clichés ring true: everything I touch feels weighty and well-made.

First time I’ve driven an R107 and it’s every bit as wafty as I’d hoped. pic.twitter.com/1caSkw4LU0

The SL – in 176hp, six-cylinder guise, at least – doesn’t like to be rushed. Its power steering is ponderous, its suspension feels floaty and the whole car leans like a listing ship when cornering.

Oddly, this dynamic ineptitude (at least by today’s standards) forms a large part of its appeal. It encourages you to slow down, retract the roof and take it easy, wafting along on a wave of effortless torque.

Few cars – then or now – are so easy and utterly relaxing to drive. 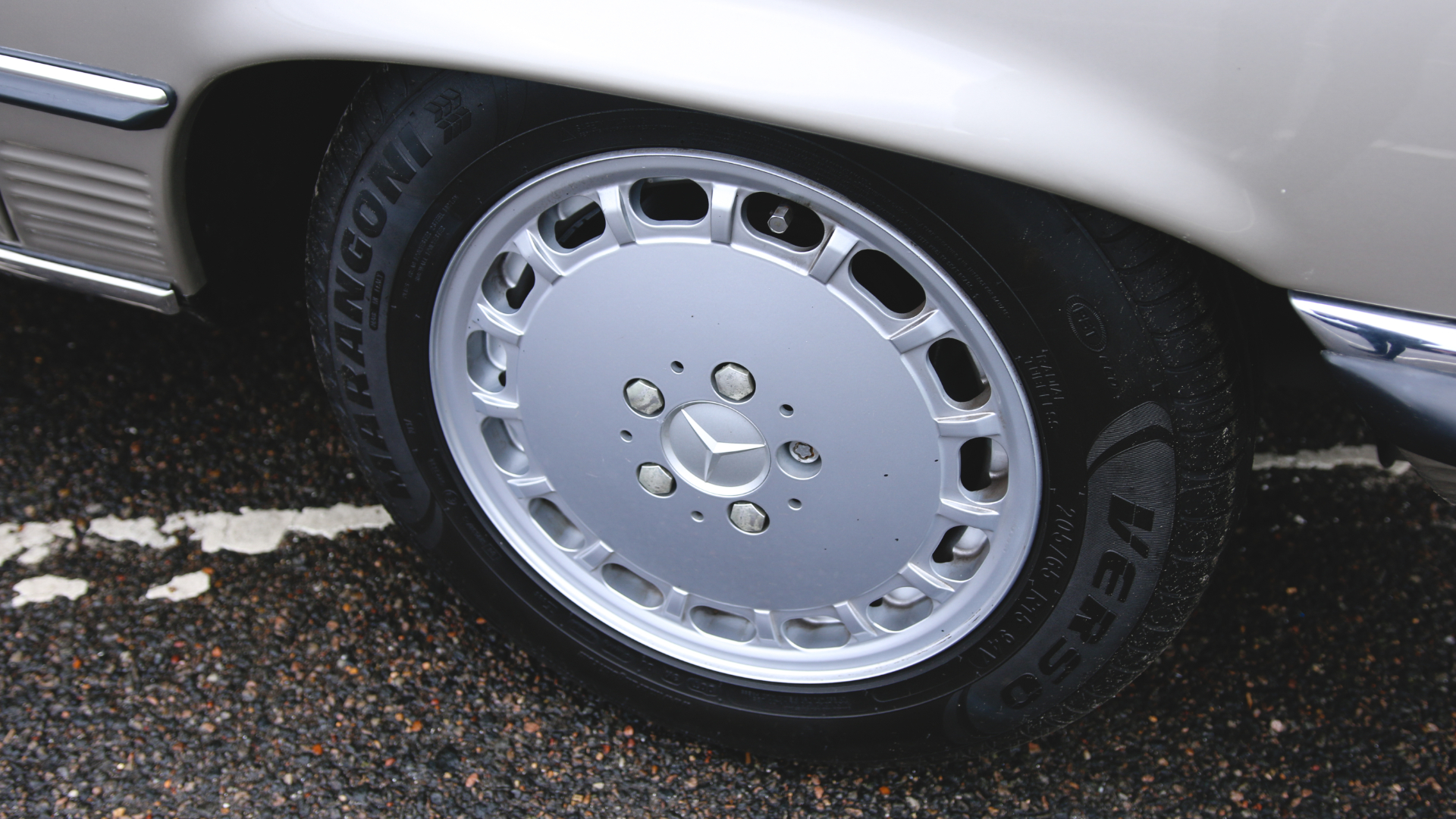 After an hour of subdued, comfortable cruising, I’m rather sold on the idea of an SL. Unfortunately, values have rocketed in recent years: bad luck for me, but great news if you’re looking to invest. “You can find a basket-case R107 for £5,000,” says Steve, “but the best nudge £50,000.

“Parts are expensive and certain bits of trim – such as the seat fabric – are getting hard to source. So buy the best, most original car you can afford.”

What to look for when buying an SL? Steve explains: “Post-1986 cars have galvanised bodywork and are more rust-resistant. Even so, check the sills and wheelarches carefully, and examine the carpets for signs of water leaks. 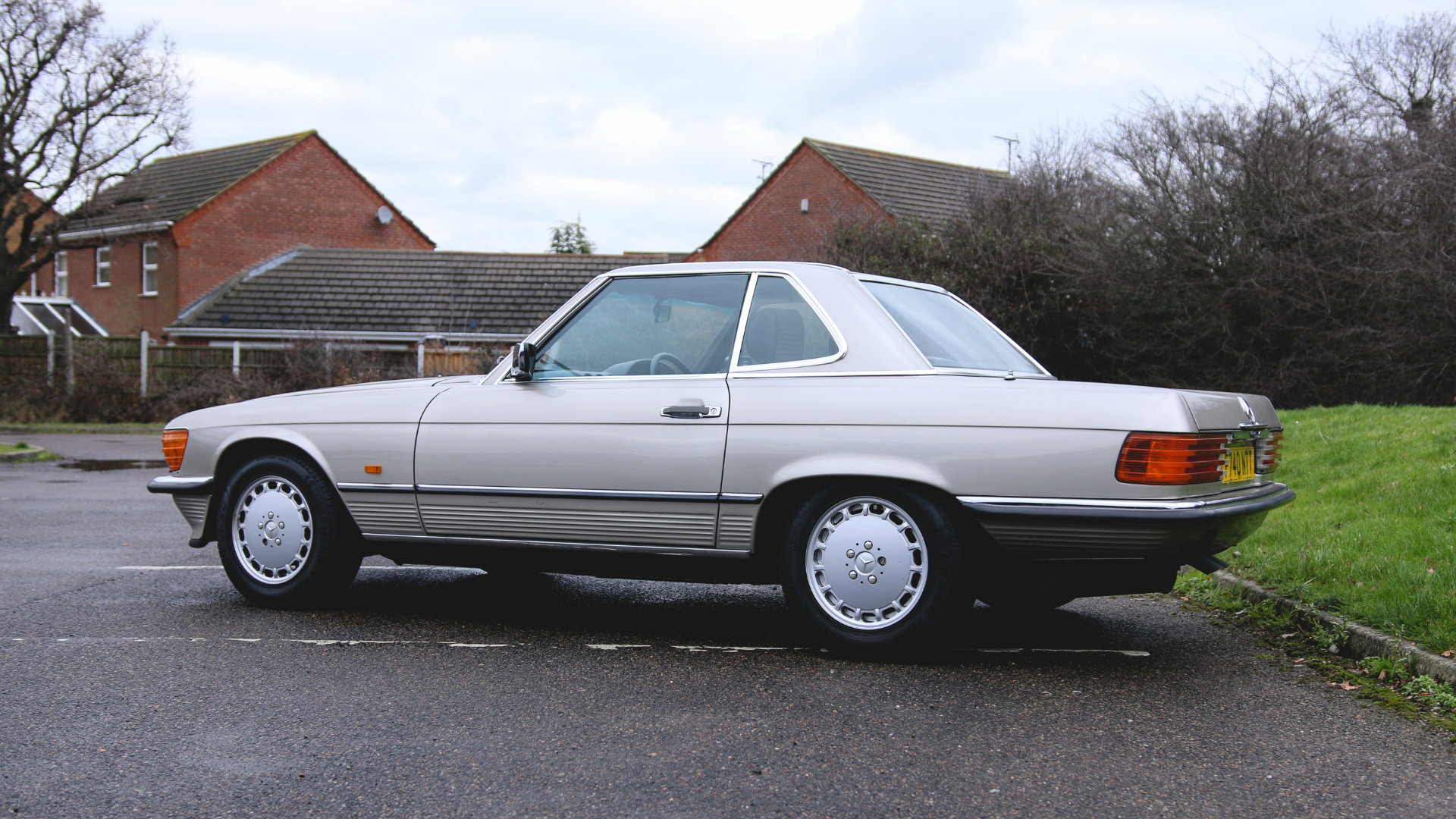 “Engines are solid, but you’ll want evidence of regular servicing – preferably from a Mercedes specialist. Make sure the hard-top hasn’t gone missing, too. It should be stamped with the car’s chassis number below the nearside window.”

If a good R107 is beyond your budget, it’s a sensible and equally seductive way to enjoy the SL experience – and certainly a classic in the making.