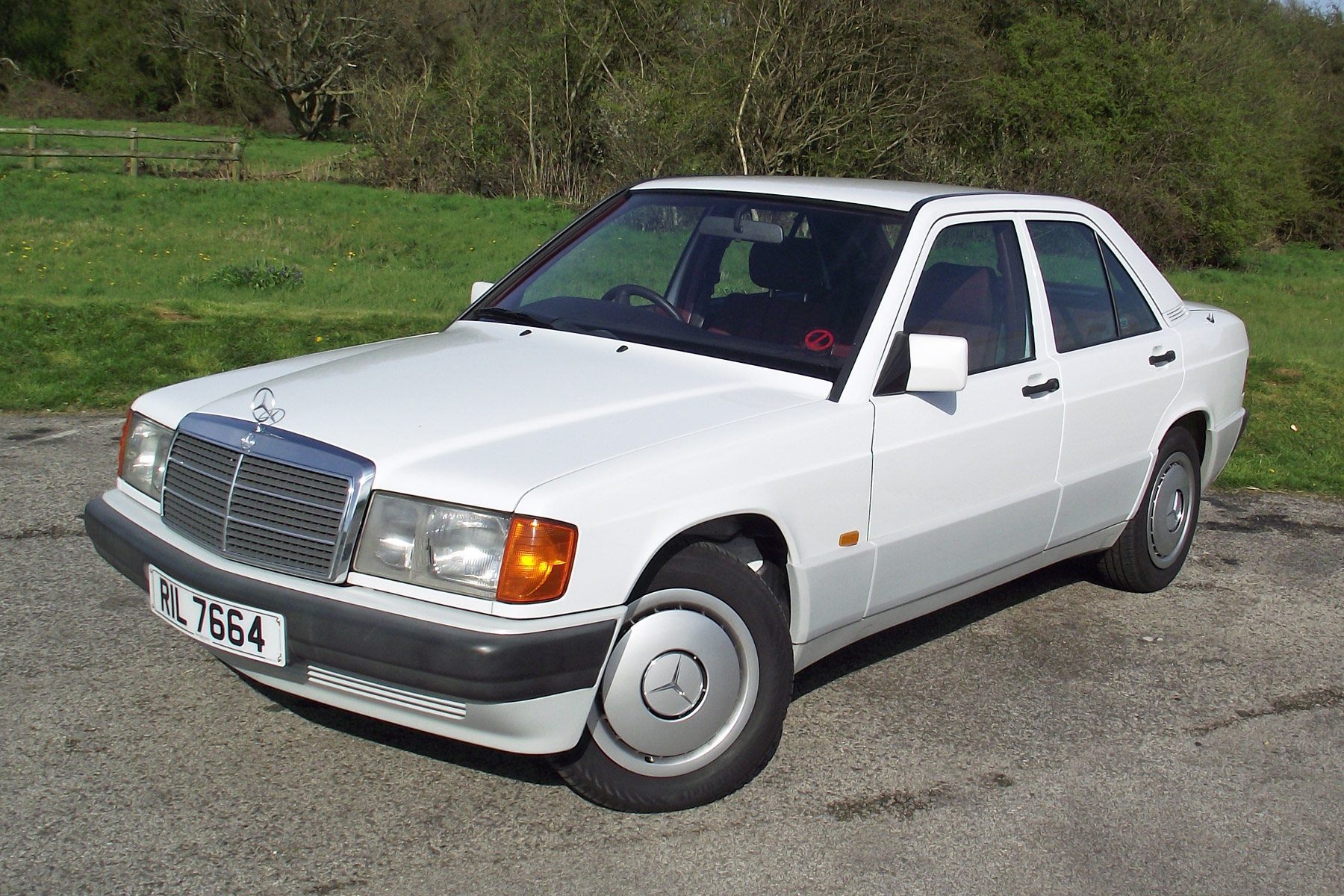 Introduced in the early 1980s, the entry-level Mercedes was a competitor for the E30 BMW 3 Series. It offered a semi-affordable alternative to the upmarket (and popular) E-Class and S-Class models – indeed, when it was new in 1991, the 2.0-litre 190E reviewed here would have cost in the region of £20,000. That put a Mercedes-Benz within a couple of grand of high-spec Ford Sierras. The badge kudos was worth that alone.

Mercedes-Benz 190E: what are its rivals? 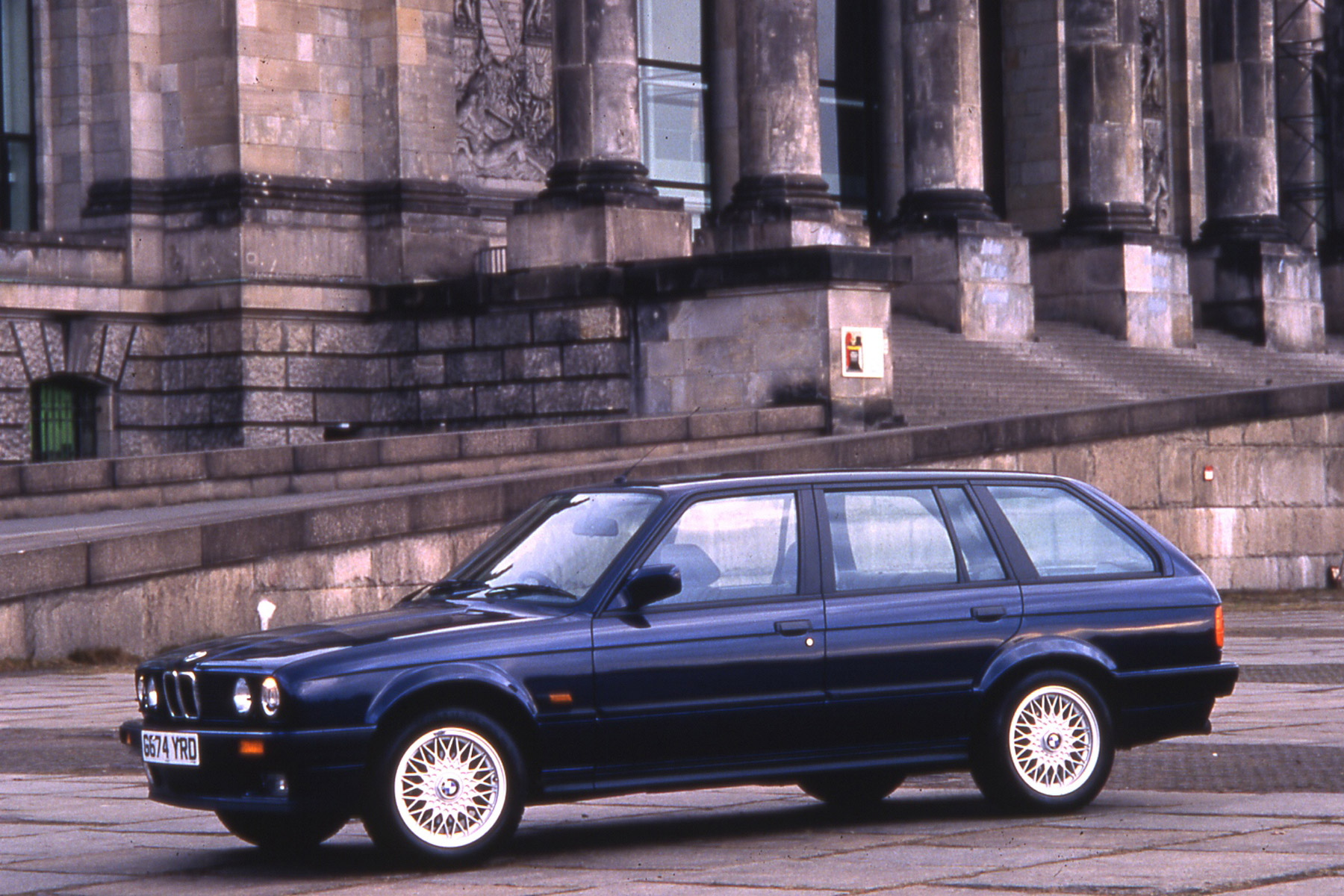 The 190E’s biggest rivals came from Germany: namely BMW’s E30 3 Series and the Audi 80. Jaguar didn’t produce a compact executive car at the time. If you wanted to prove things were going well in middle-management, you had to drive a German car.

Mercedes-Benz 190E: what engine does it use? 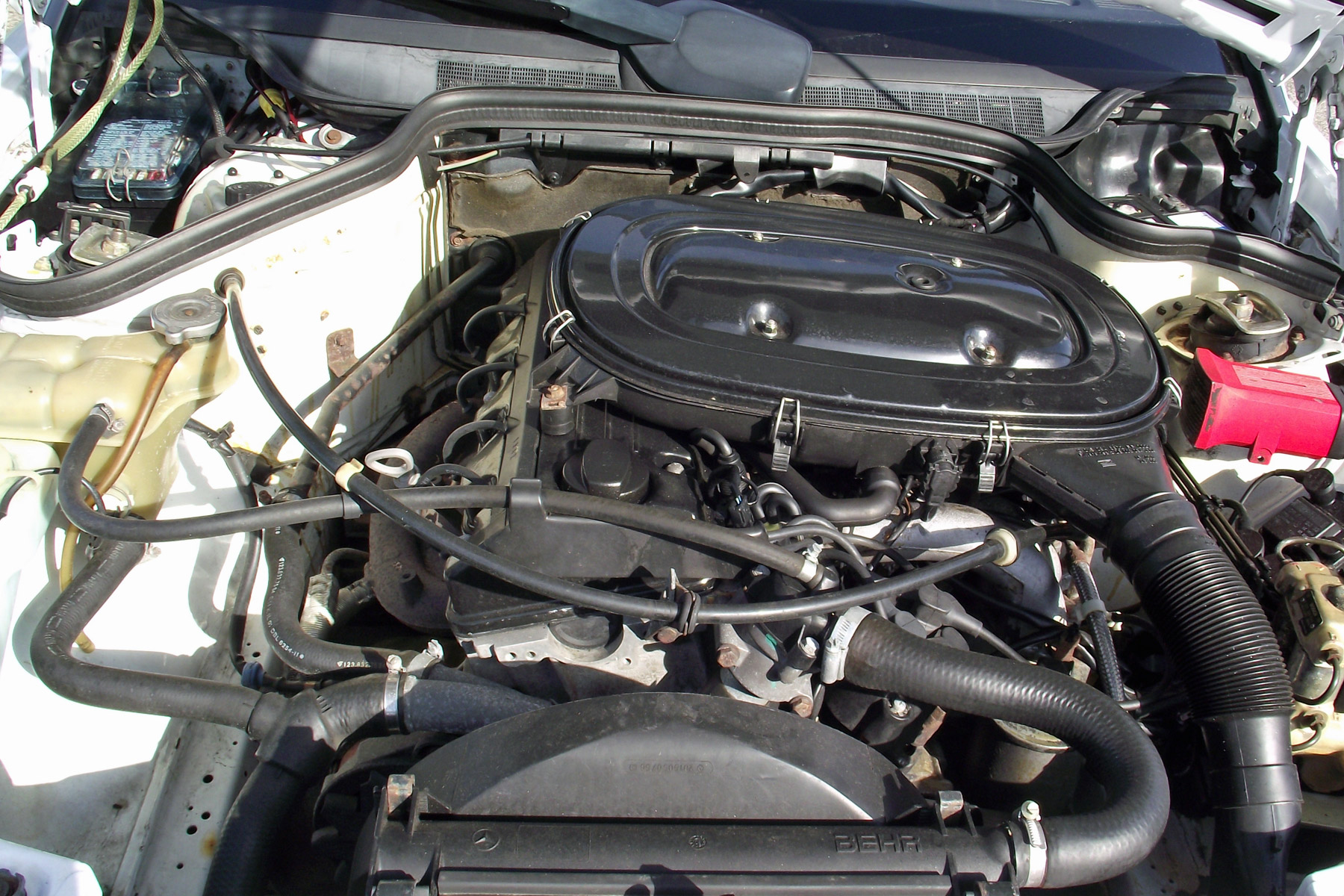 The Mercedes-Benz 190E was available with a range of engines, starting with a 1.8-litre four-cylinder petrol producing 109hp, while those looking for performance could opt for the 160hp 2.6-litre six-cylinder. Tested here is Europe’s most popular engine for the 190E, the 2.0-litre, combined with a five-speed manual gearbox.

Although rare, a low-powered carbureted 190 was initially available (note the lack of ‘E’ for Einspritzung, or fuel injection). Diesels were also sold and proved popular around the world. 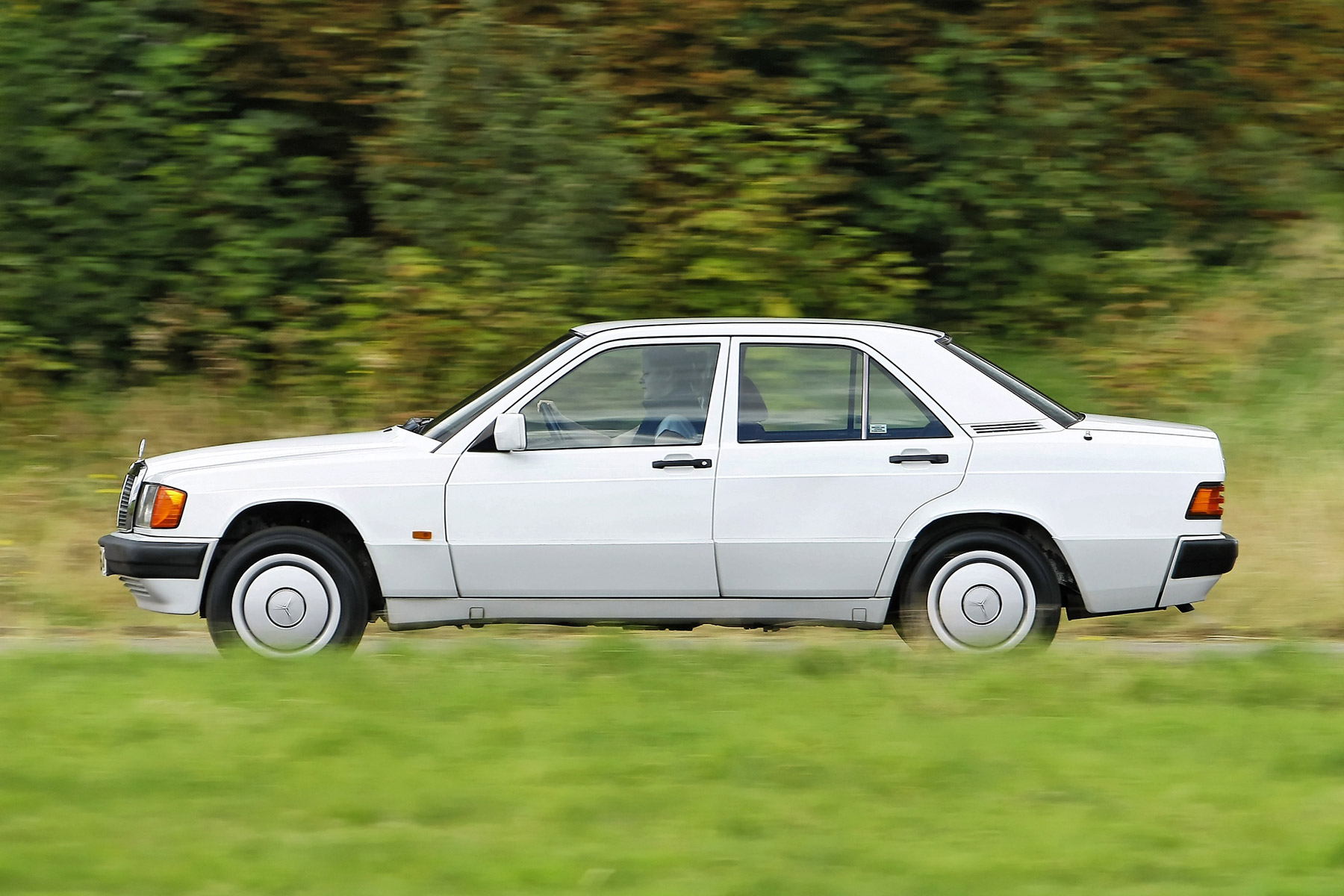 Mercedes-Benz claims the 190E was over-engineered, thanks to a massive £600 million spent researching and developing the model. That’s extremely easy to believe as soon as you get behind the wheel.

In typical Mercedes tradition, the manual gearbox isn’t the slickest, and we suspect an automatic might be better suited to the car. There’s quite a long throw between gears, while the ratios are rather high, meaning you have to select first gear at higher speeds than you’d expect.

The steering is light and at first feels a bit vague, discouraging you from making any kind of real progress. But that’s not an issue – it’s the sort of car that you’re quite happy travelling at a sedate speed in, watching everyone else rushing around you.

But you’re in for a surprise when you do decide to put your foot down. It hunkers down, in a way only old rear-drive German executive saloons do, and handles much better than its larger peers would. Sure, it’s not going to match an E30 for driver entertainment, but it’s not dull. 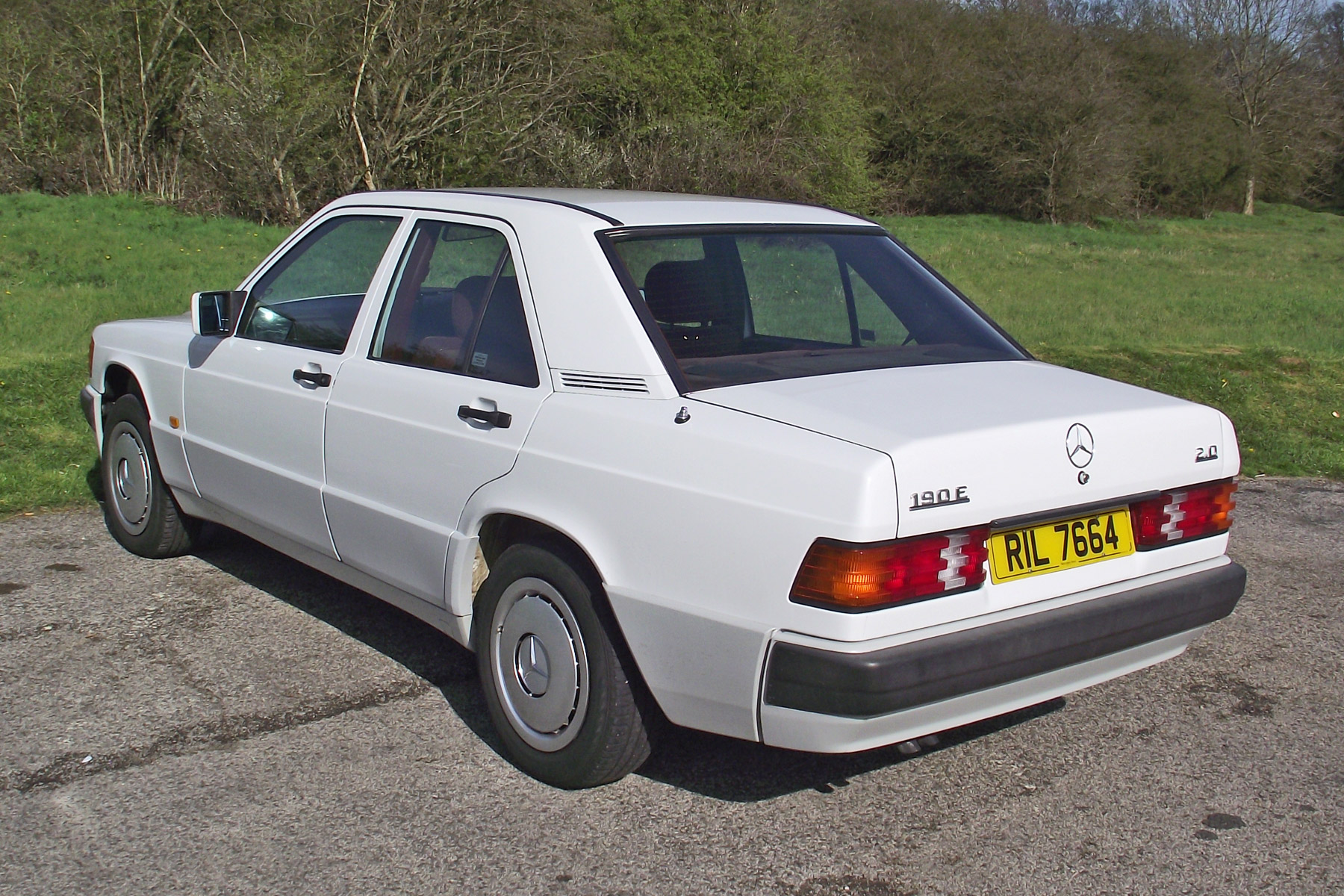 That over-engineering also means a 190E should prove to be exceptionally reliable. Like any old car, it’s a good idea to service it regularly and keep on top of issues, but we’d be surprised if a cared-for 190E left you stranded on a regular basis. Servicing won’t be cheap, particularly if you’re using genuine parts and specialist dealers, but it’ll be money well spent.

Mercedes-Benz 190E: could I drive it every day? 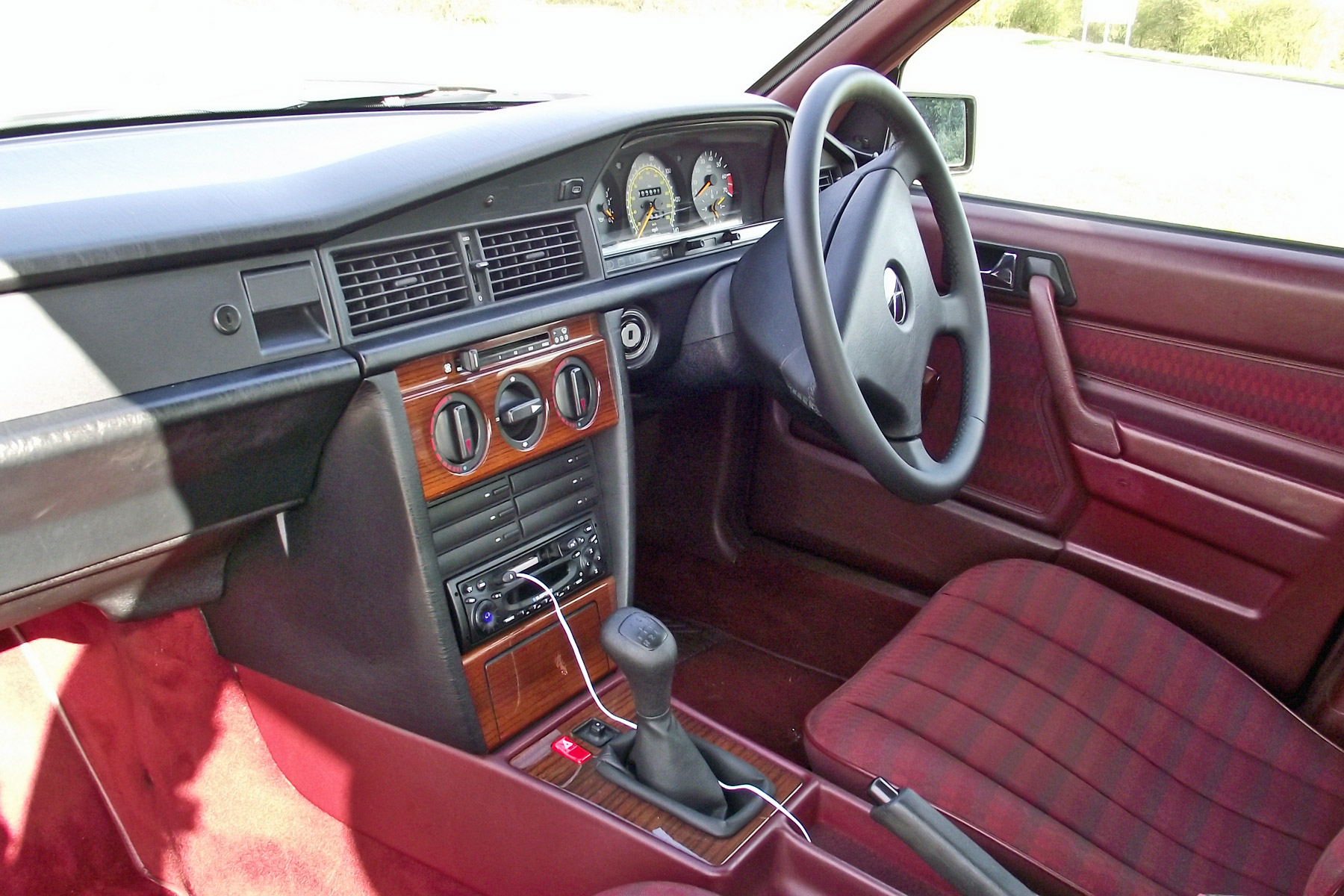 Out of all the classic cars you could buy to use as a daily driver, the Mercedes-Benz 190E would be one of the most relaxing and reliable. It’s not the sort of car you buy for weekend hoonery, but it is the sort that’ll take the stress away from sitting in traffic on the way to work. It’s not even particularly heavy on fuel – we’ve seen reports of more than 35mpg and, judging by how infrequently we had to fill up during our week-long test, it’s not as thirsty as you’d imagine.

Mercedes-Benz 190E: how much should I pay? 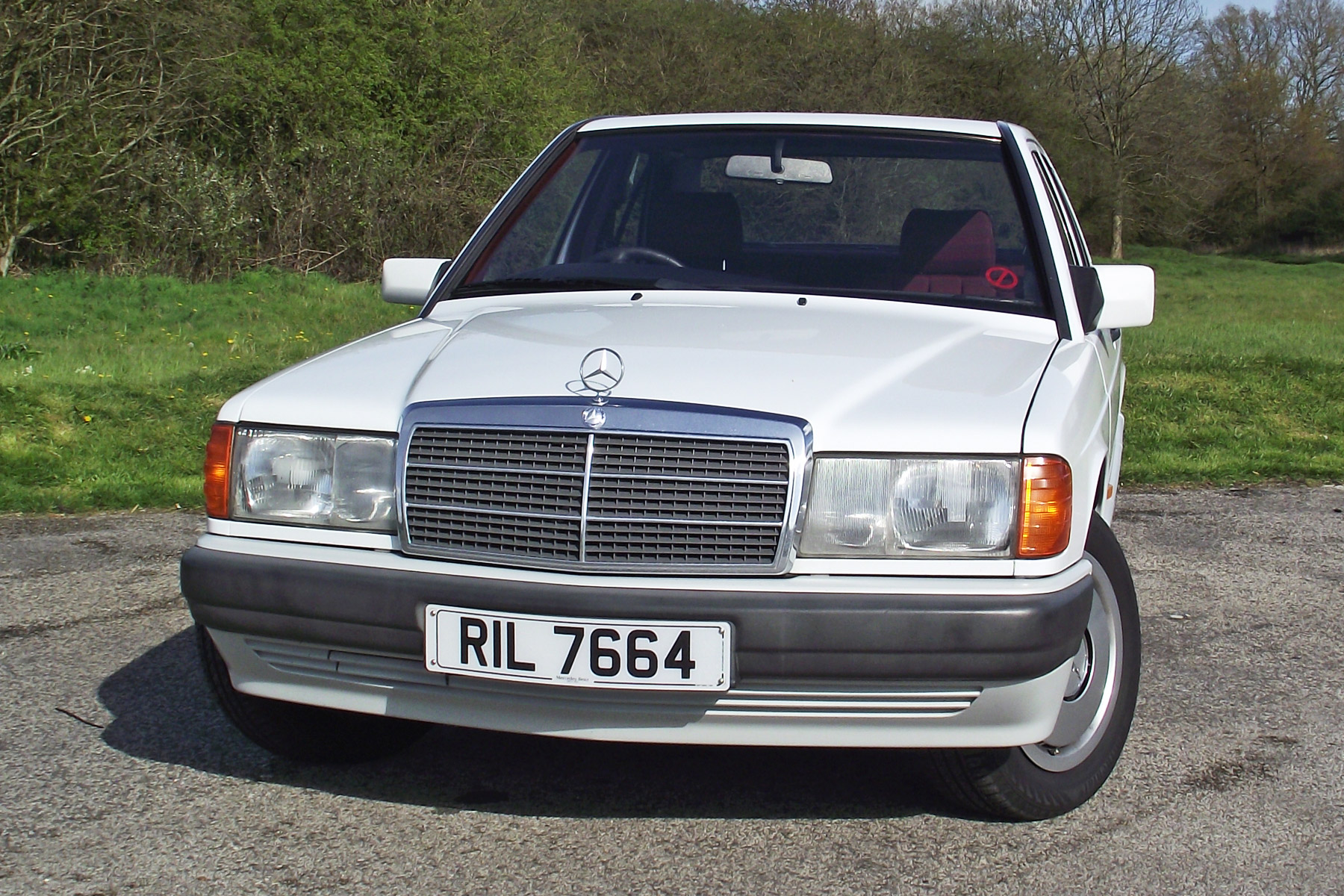 Prices for good Mercedes-Benz 190Es are starting to creep up now. While you could pick one up for a grand or two not so long ago, it’s only slightly ropey examples left in this price territory. We’d be tempted to shell out around £5,000 for a smart example.

Mercedes-Benz 190E: what should I look out for? 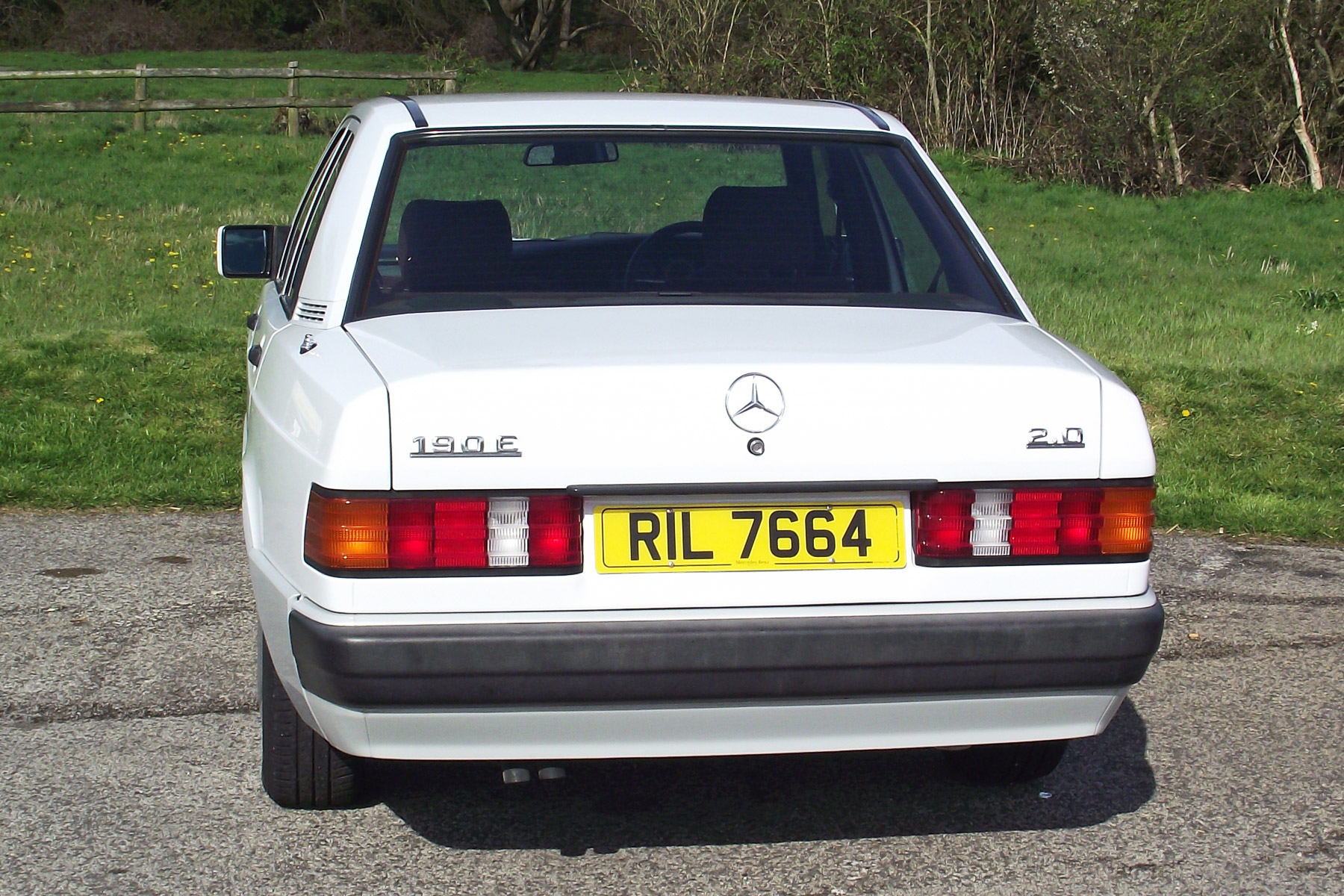 Although the 190E is fairly bulletproof, you should still do your research to avoid an impulse purchase. They do rust – check the jacking points in particular, and lift up the carpet to check the boot floor. Look out for bubbles, they might not look severe but could be costly to fix.

Listen out for whines from the diff and, if you’re looking at an auto, make sure it goes through the gears without any issues. Although the manual is notchy (they’re all like that…), it should change gear without force.

Mercedes-Benz 190E: should I buy one? 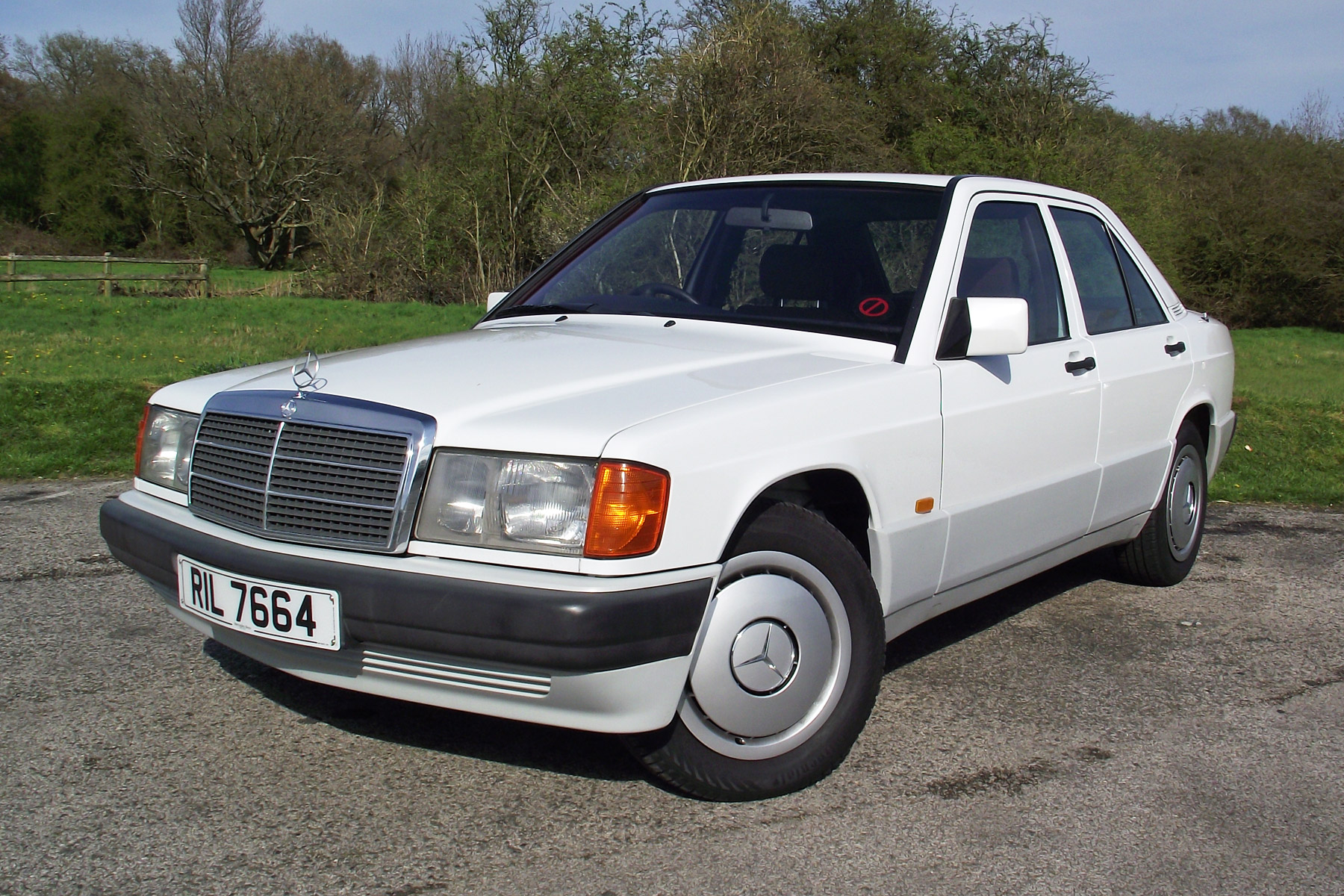 If you’re considering one, just do it. They’re going up in price quickly, but there’s a huge support network of specialists and enthusiast clubs. Their robustness means there are still plenty about, so you can choose to be picky when searching for the perfect 190E for you. And, if you find a good one, it won’t prove to be a headache to own. 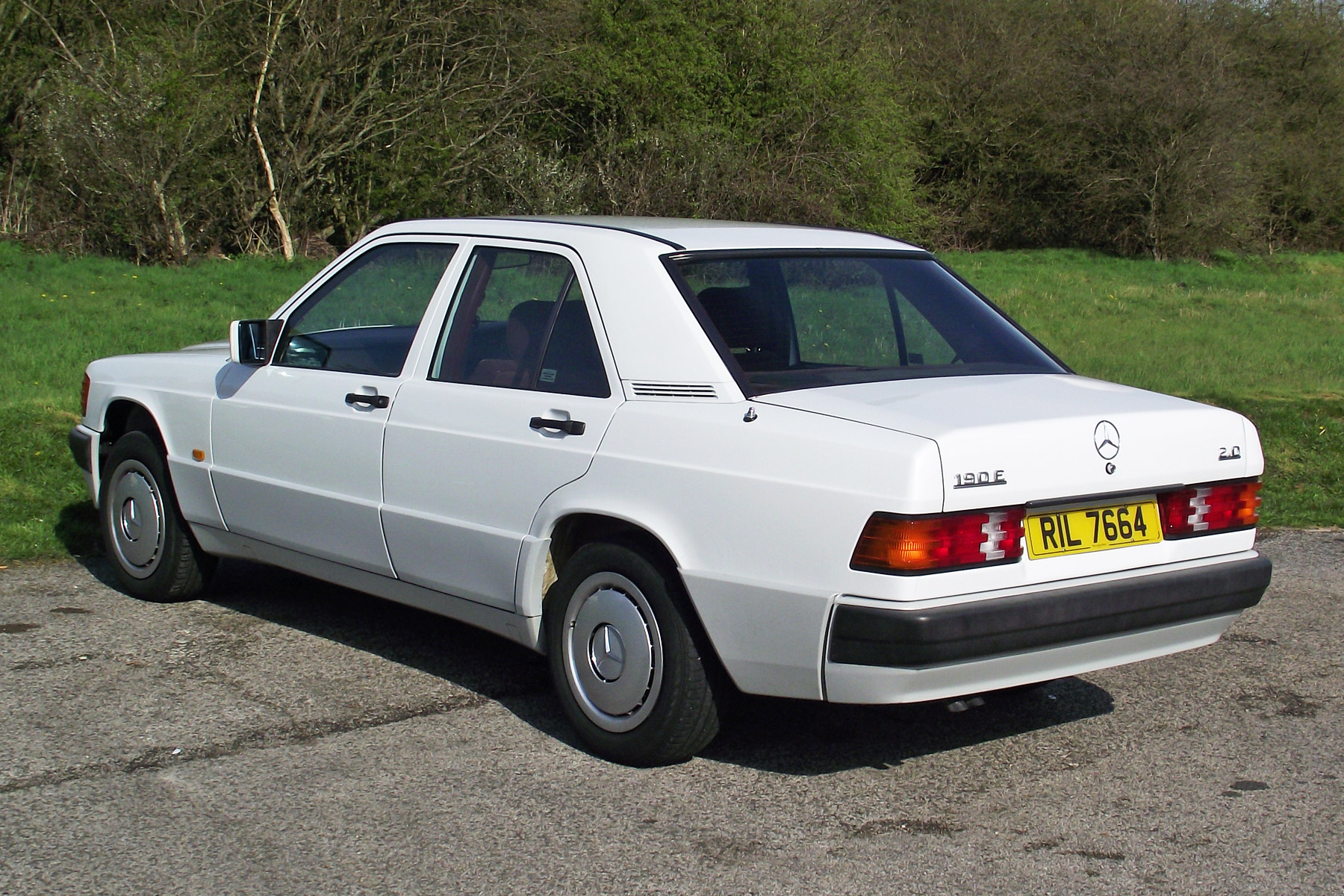 The Mercedes-Benz 190E was one of the first vehicles to use multi-link independent rear suspension. This used ‘racing car’ technology at the time to improve ride and counteract ‘bump steer’ over rough roads. The technology, which is now much more widely used, explains why the 190E feels so planted during spirited driving. 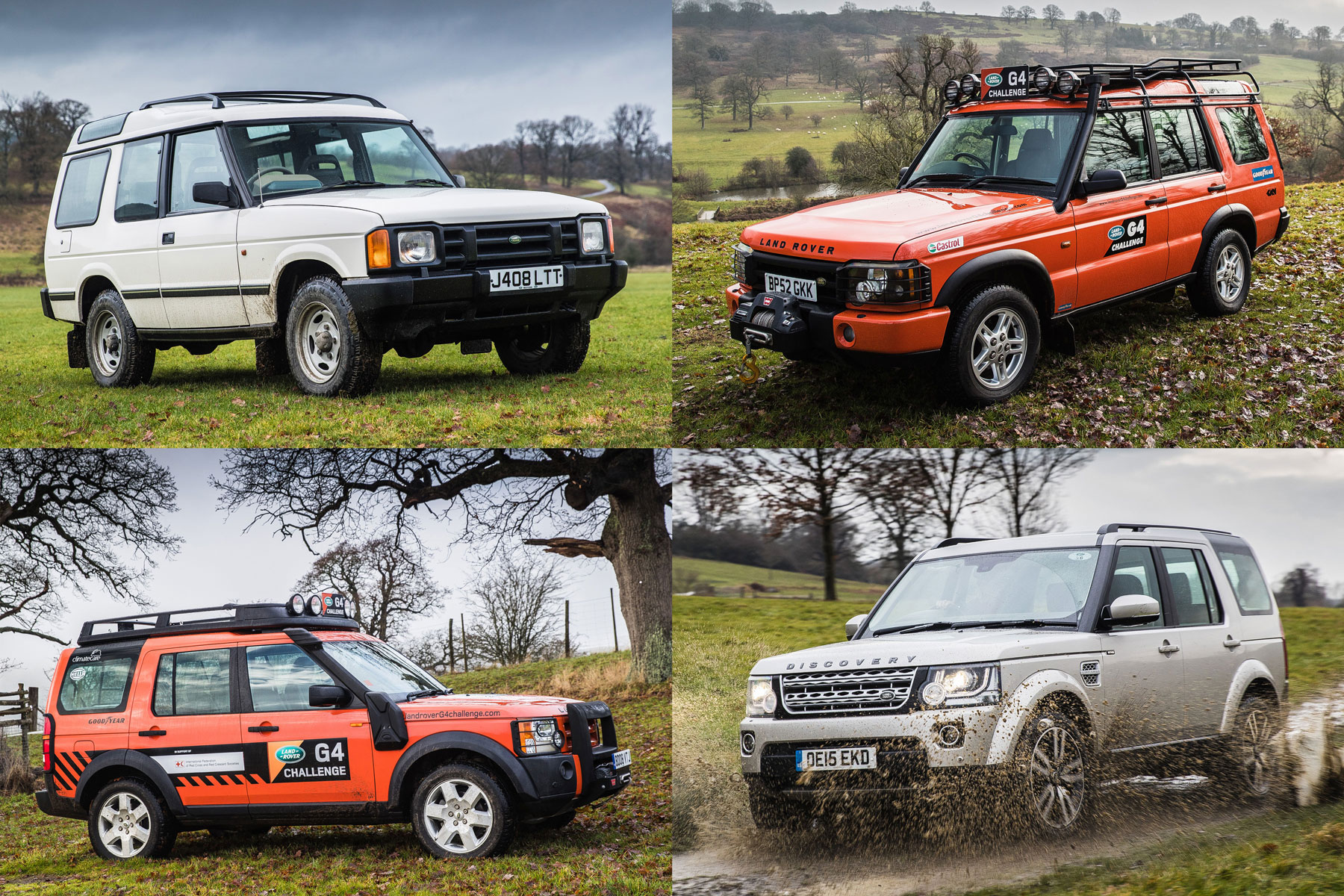 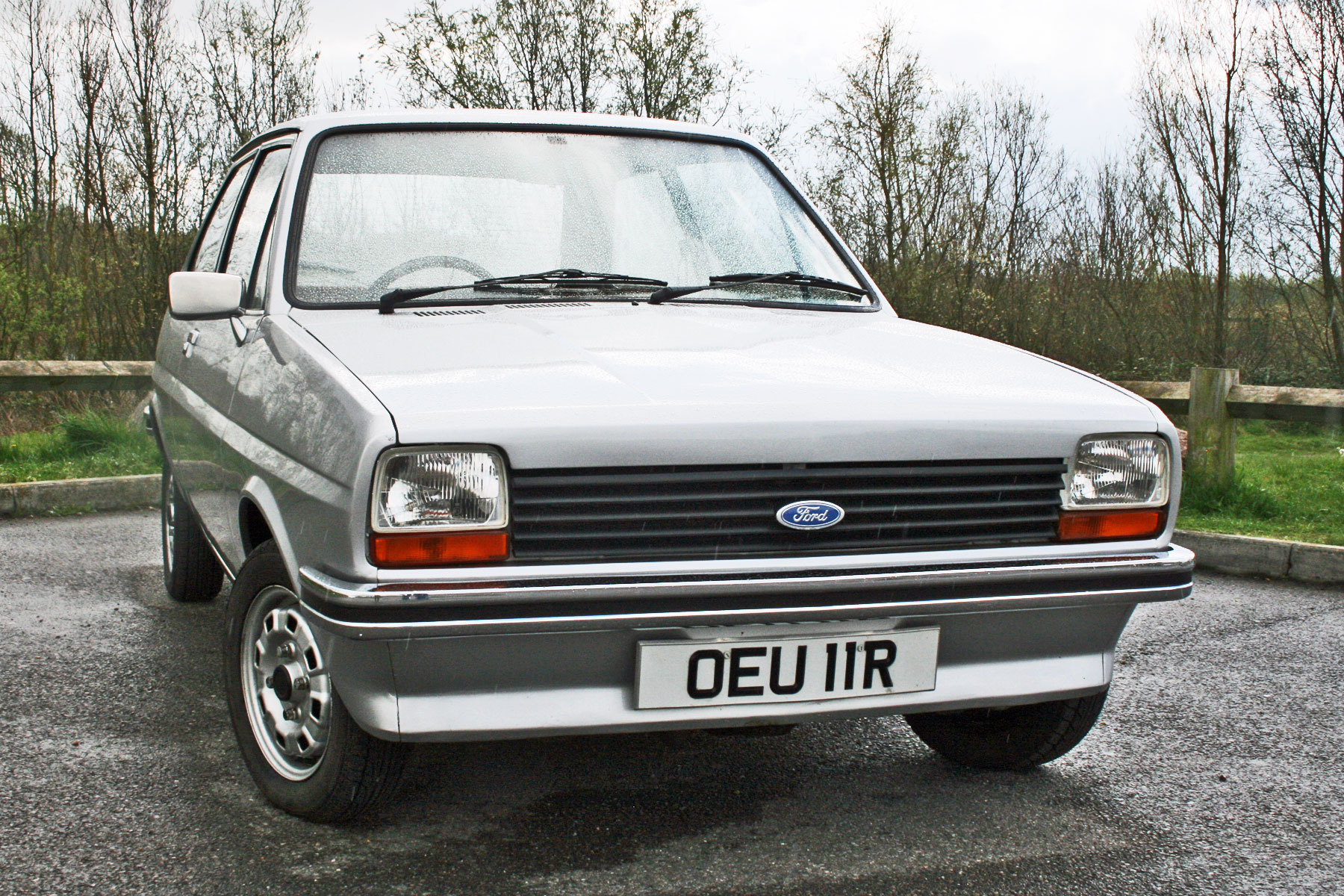 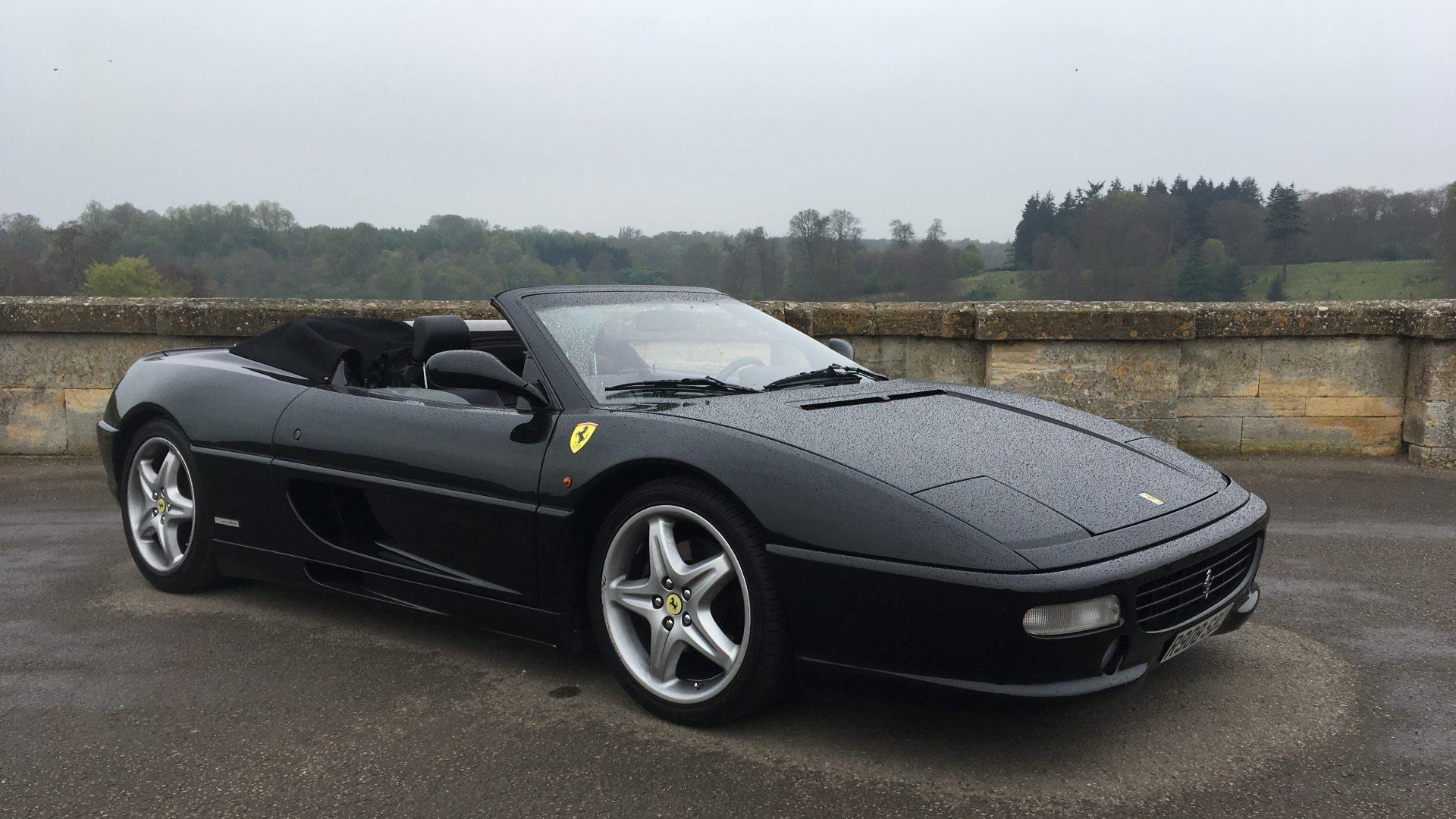