Ahead of the arrival of the new NSX, we drive the original Japanese Ferrari 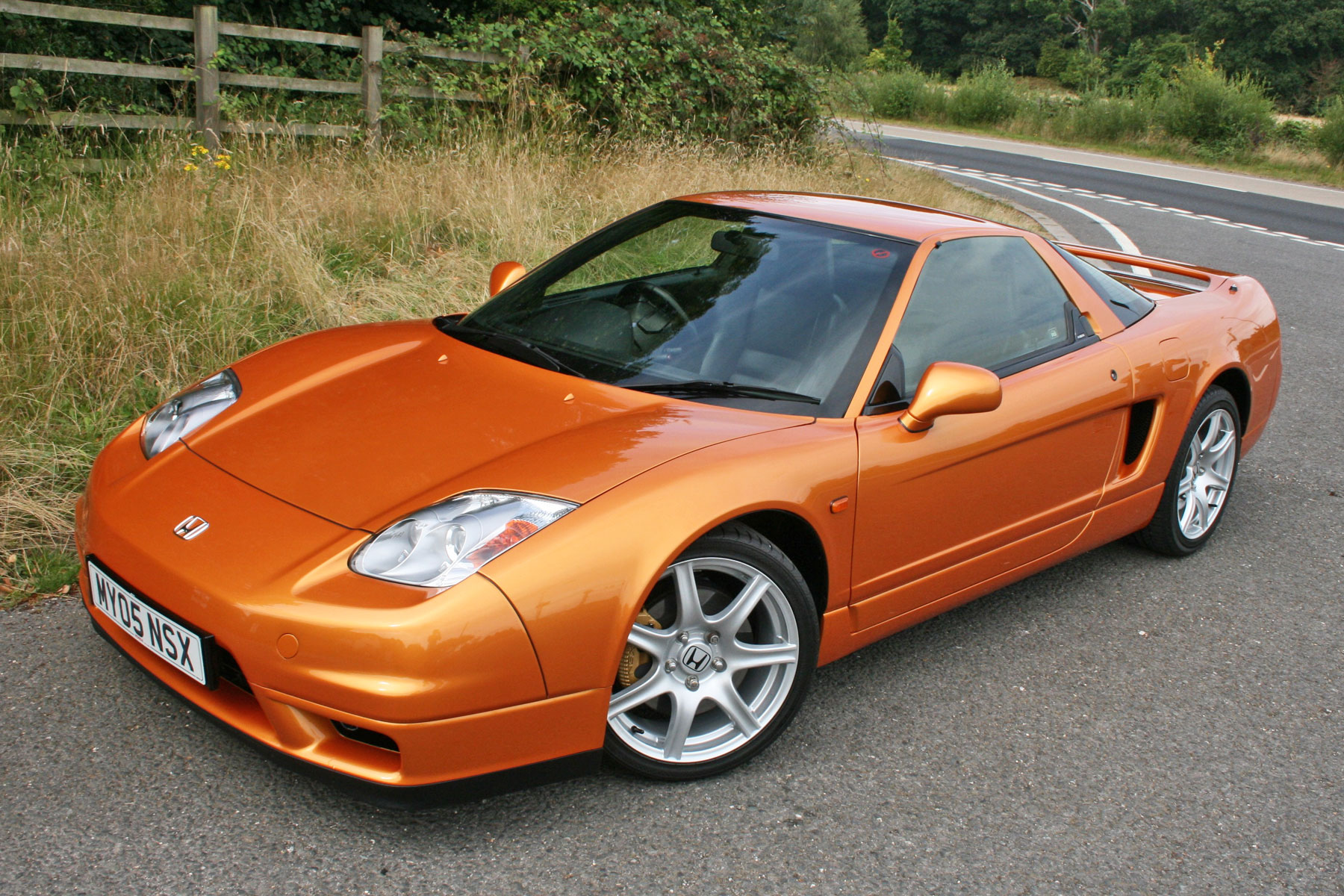 This is Honda’s take on the Ferrari 328 (and later, the Ferrari 348). The Japanese firm reckoned it could do what the Italians were doing, but better – making a more reliable, practical and faster car for a lower price tag.

The result was the NSX, launched at the 1989 Chicago Auto Show and on sale in the UK early in 1991. It featured an ultra-stiff, lightweight, all-aluminium chassis, while F1 champion Ayrton Senna was on hand to assist with development. 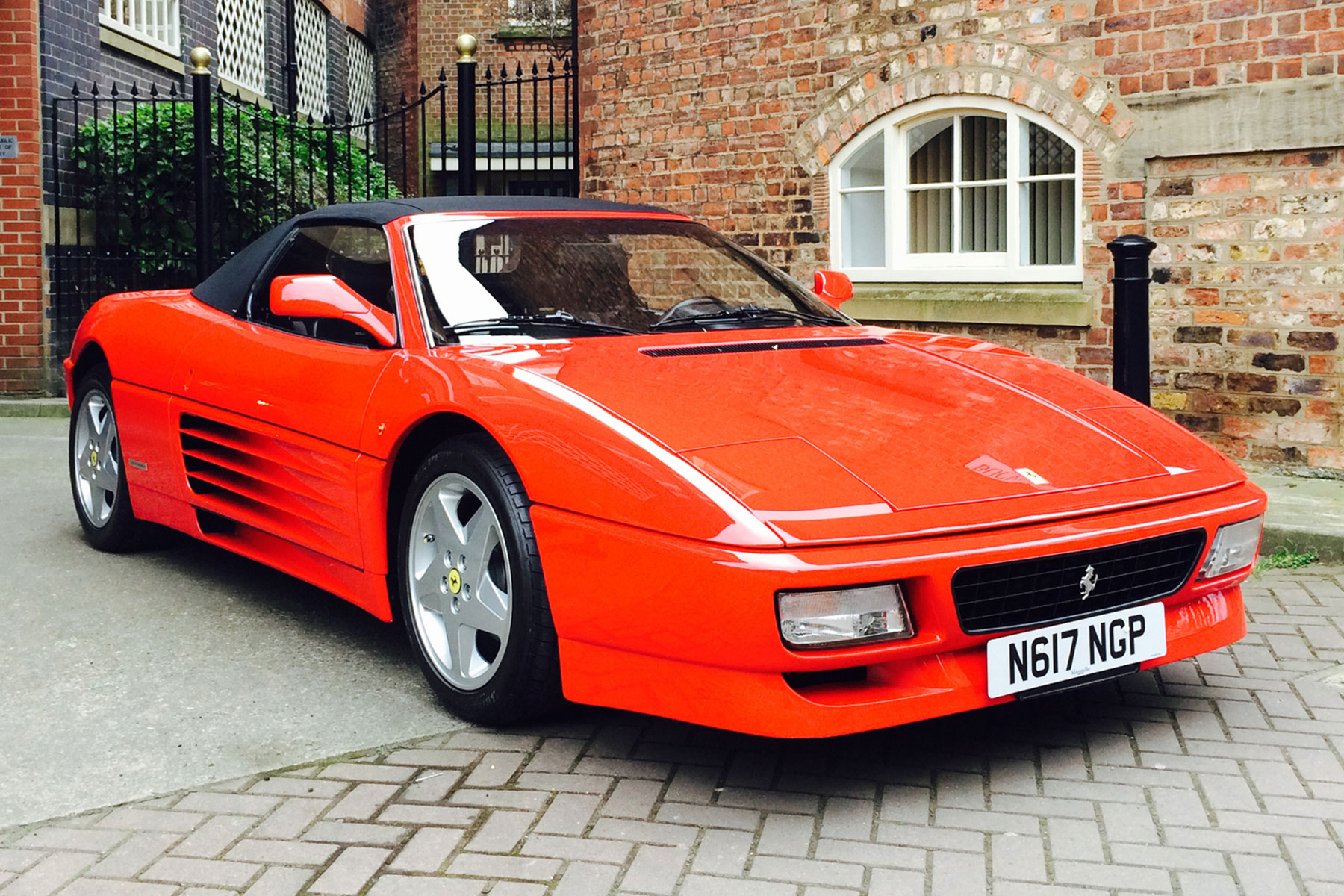 As well as being a Japanese alternative to the Ferrari 348, the NSX also took on the ever-popular Porsche 911. It sold in much smaller numbers than the Porsche (and even the Ferrari), so there are fewer in the classifieds today. 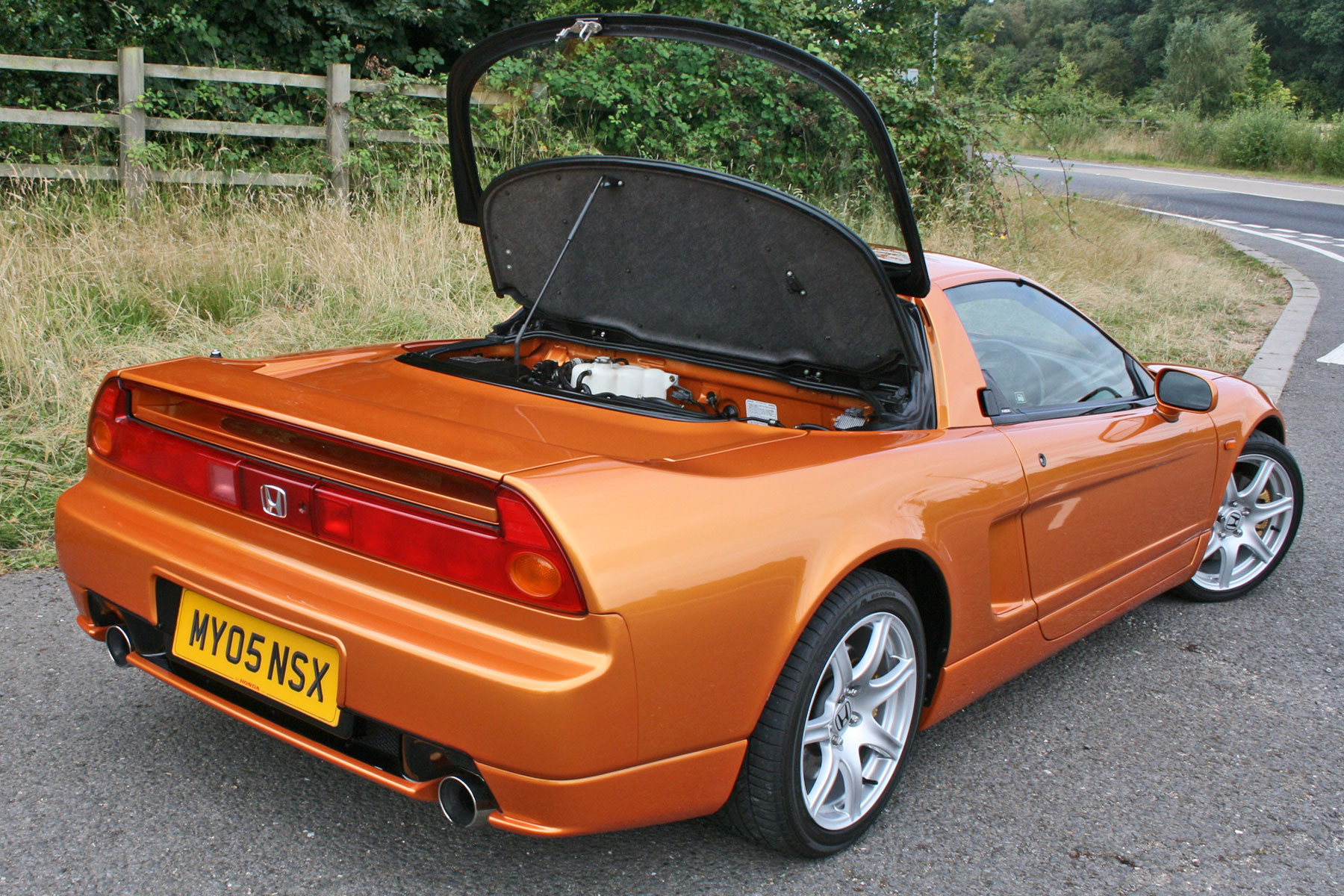 Initially, the Honda NSX was powered by a 3.0-litre quad-cam 24-valve VTEC V6. However, later models, such as the one tested here, saw displacement increased to 3.2 litres. When this change was made in 1997, power was boosted to 280hp and a new six-speed manual gearbox was introduced. The 3.2-litre NSX could hit 62mph in 5.7 seconds and was good for 168mph.

The lesser 3.0-litre was still available, but only with the oft-lambasted four-speed automatic gearbox. 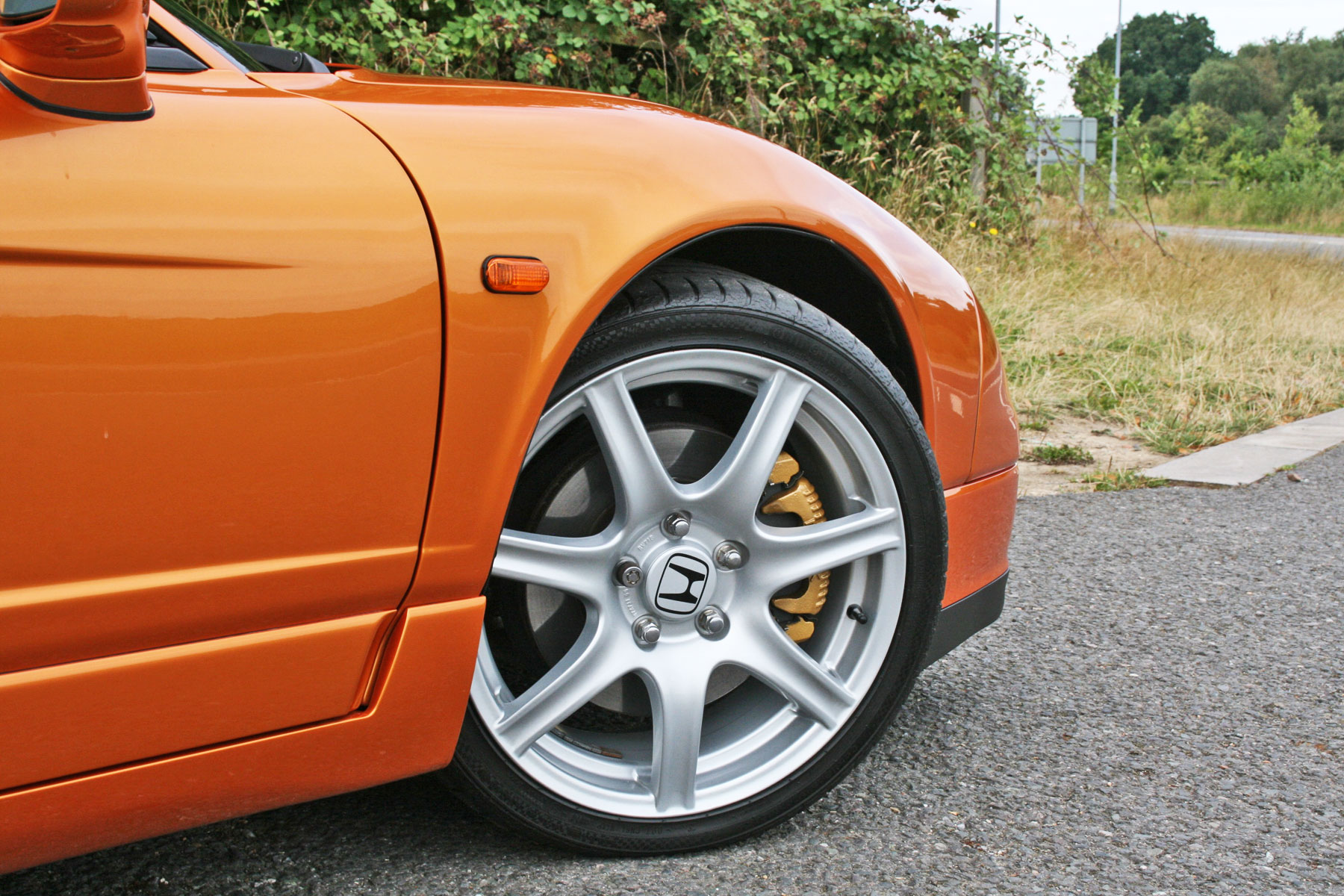 To someone more used to the easy driveability (and blandness) of modern supercars, the NSX is incredible. It feels like a supercar should – how we’d want a supercar to drive if we could go back to a time when manufacturers weren’t pandering to ever-more-stringent emissions and safety regulations.

The engine is out of this world. It wails like a nymphomaniac on acid. You hit the redline at 8,000rpm, but before you get to that point the VTEC variable valve timing kicks in and you surge down the road in a much more satisfying way than a modern turbo engine could manage.

The steering, with its variable power assistance, is incredibly precise. It’s such a satisfying car to drive fast, with every inch of grip being felt through your fingers. You can’t forget that this is a mid-engined supercar, which will no doubt bite if you go beyond its (and your) limits, but it’s also surprisingly friendly. 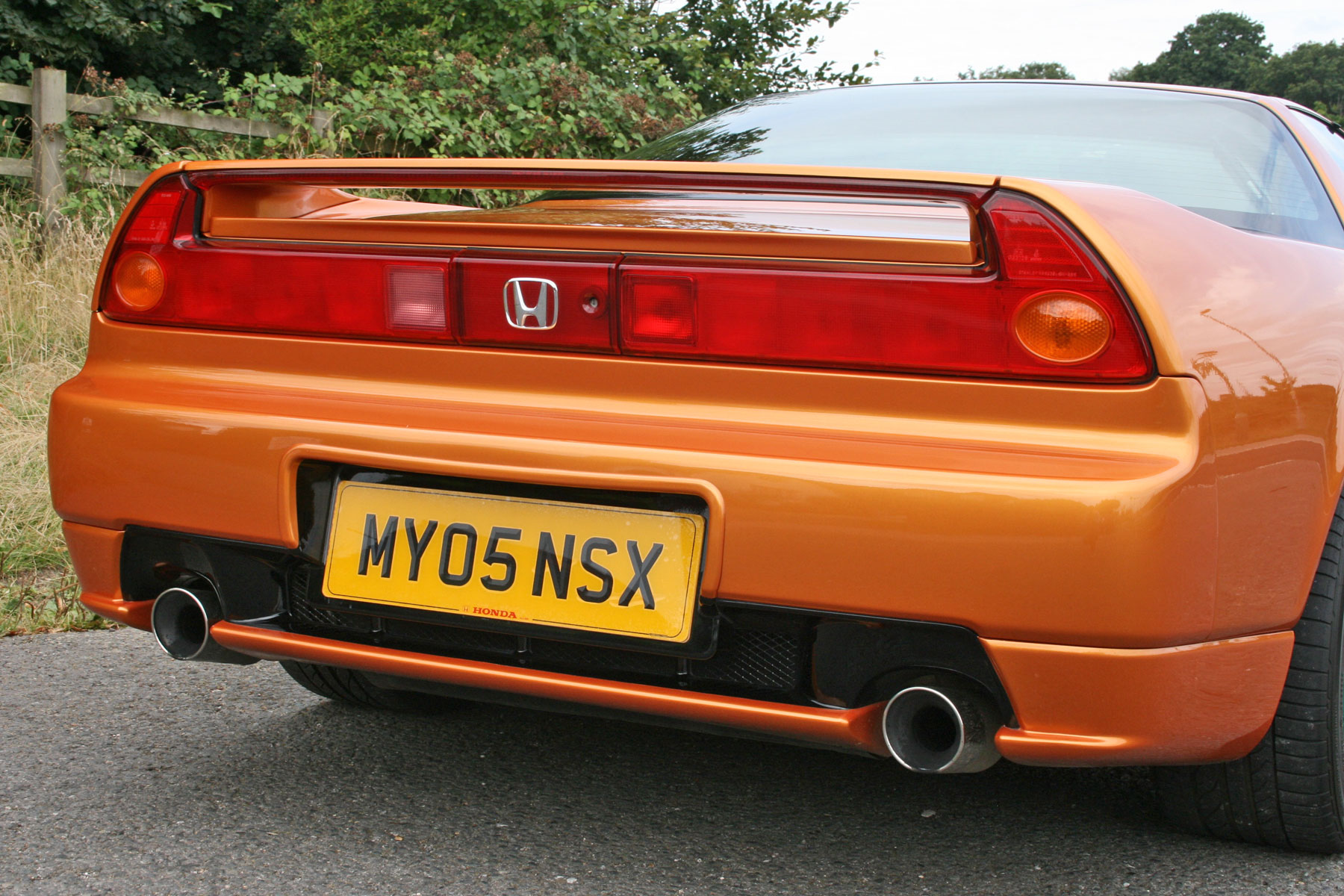 This was the NSX’s trump card when it was new – and it’s still the case today. It should be fairly bulletproof, certainly by supercar standards, while servicing shouldn’t break the bank either. You might want to budget for rear tyres, however – they tend to only last for around 6,000 miles or so, and cost around £150 each.

Officially, Honda quotes NSX fuel economy as 22.0mpg. But enjoy the VTEC and you’ll be visiting petrol stations just as often as you would in a Ferrari. 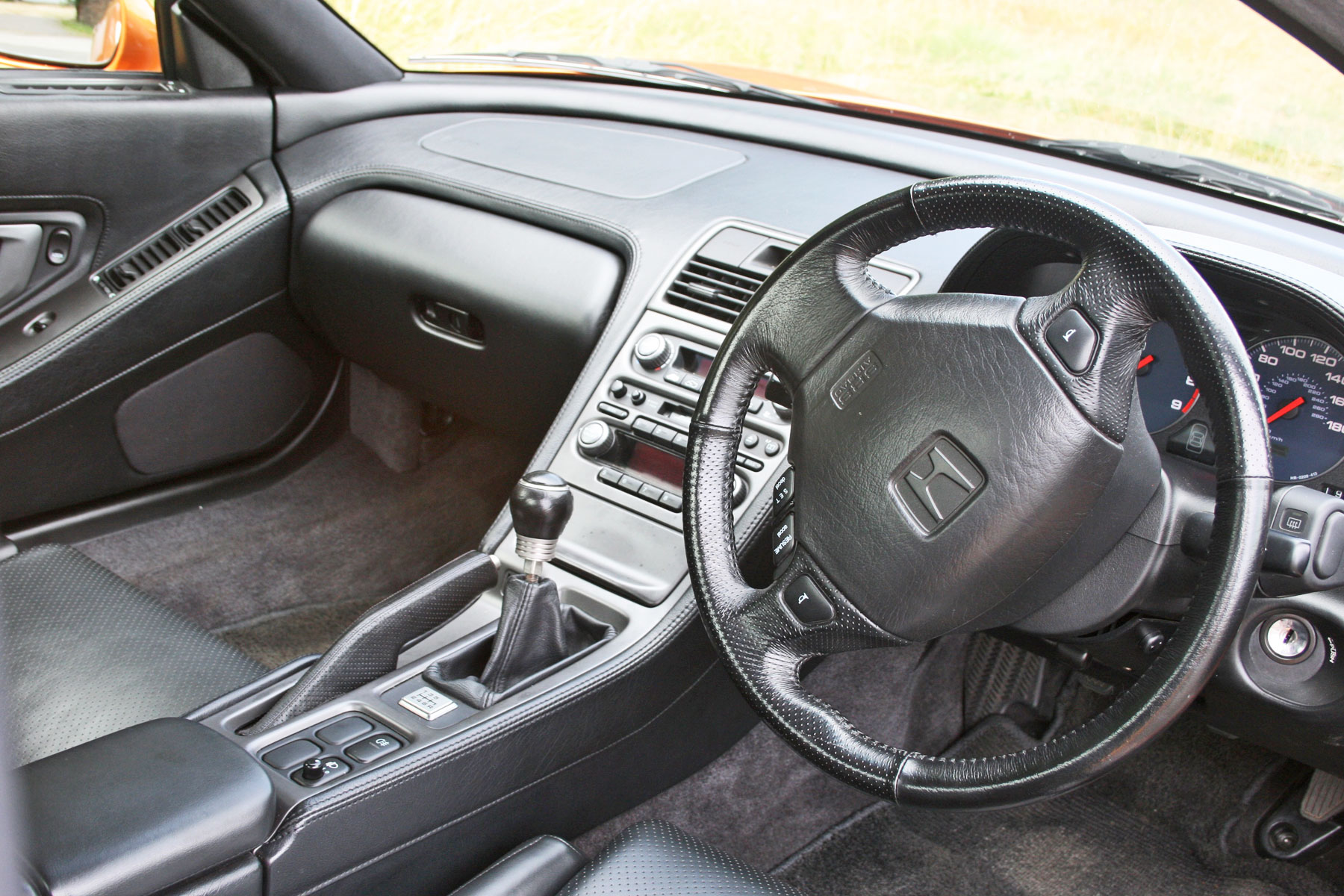 While you’d be mad to run a Ferrari of this era as a daily driver, the Honda NSX is a slightly more sensible proposition. The interior, while on the bland side, is hard-wearing, and it feels like you could cover longer journeys in comfort.

But – and we often trot out this caveat in the Retro Road Test – it would be a shame to use an NSX every day. It didn’t sell in huge numbers when it was new (people weren’t prepared to stump up the high asking price for a Honda) and it’s even rarer today. Even the latest, facelift models (such as the one tested here) are now more than 12 years old – and difficult to find in the classifieds. If you buy one, perhaps also get a Jazz for daily duties – the NSX will feel even more special at weekends. 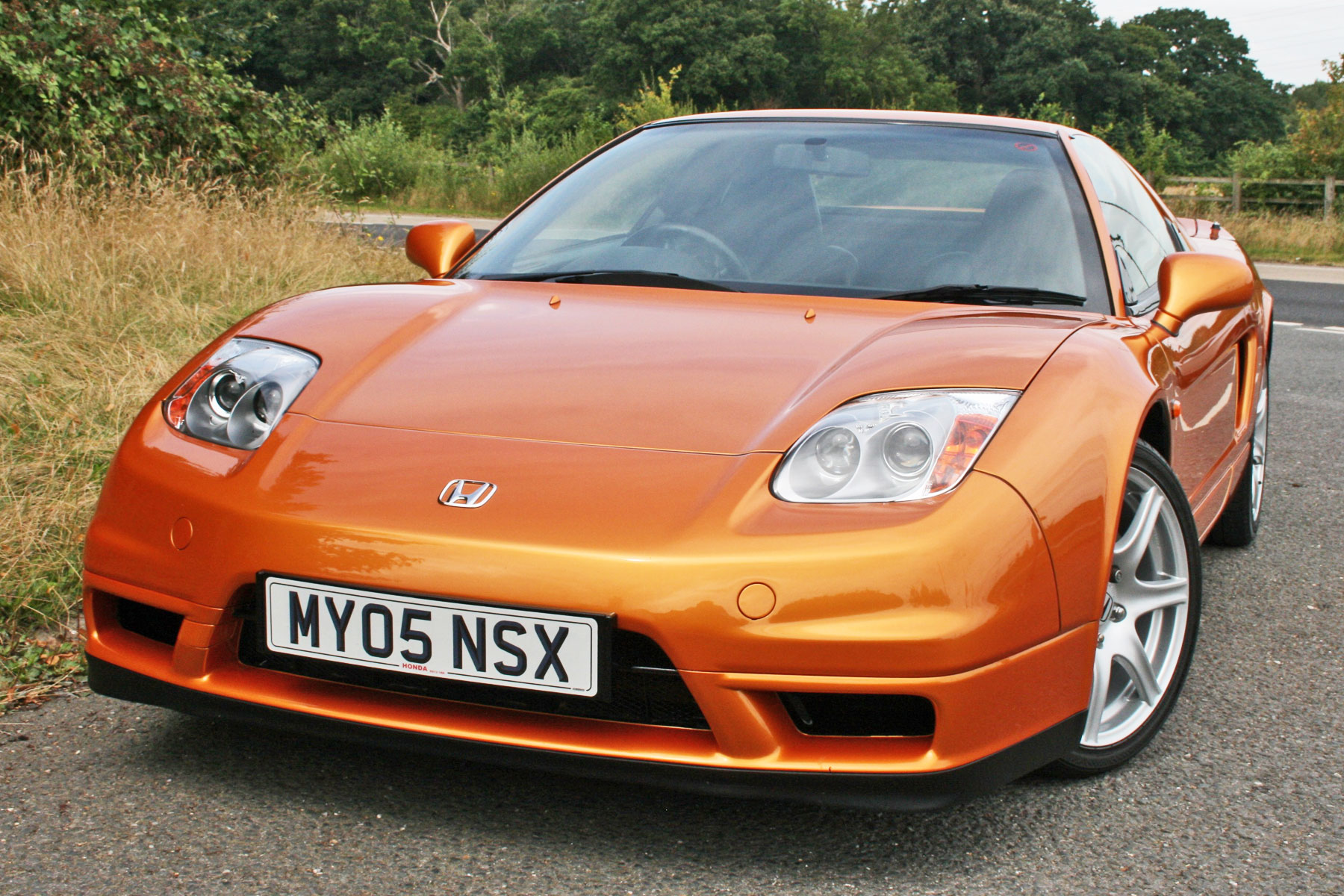 A budget of £40,000 will get you a good choice of NSXs – making it a performance bargain in our eyes. Yes, there are faster, newer supercars out there, but there’s very little on the market that feels so special for the money. Push your budget for a good one and it’ll be a sound investment. 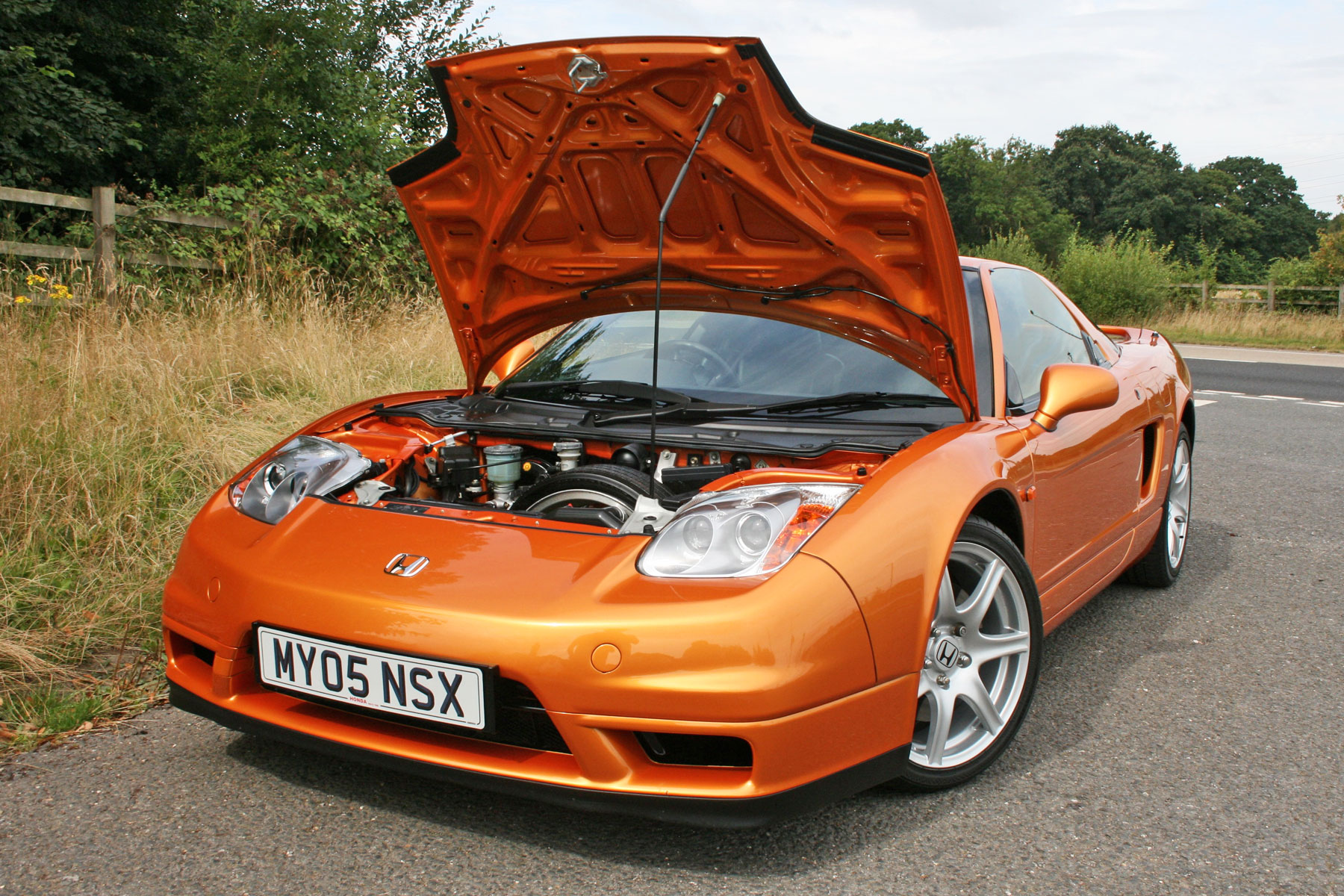 While the NSX is fairly robust, consumables can be costly, so try to find one that’s had work already done. Cambelts need to be replaced every eight years or 72,000 miles at a cost of around £2,000, while a new clutch can set you back £1,500.

It’s worth looking for signs of crash damage. Check panel gaps and, of course, the more history a car has, the better. 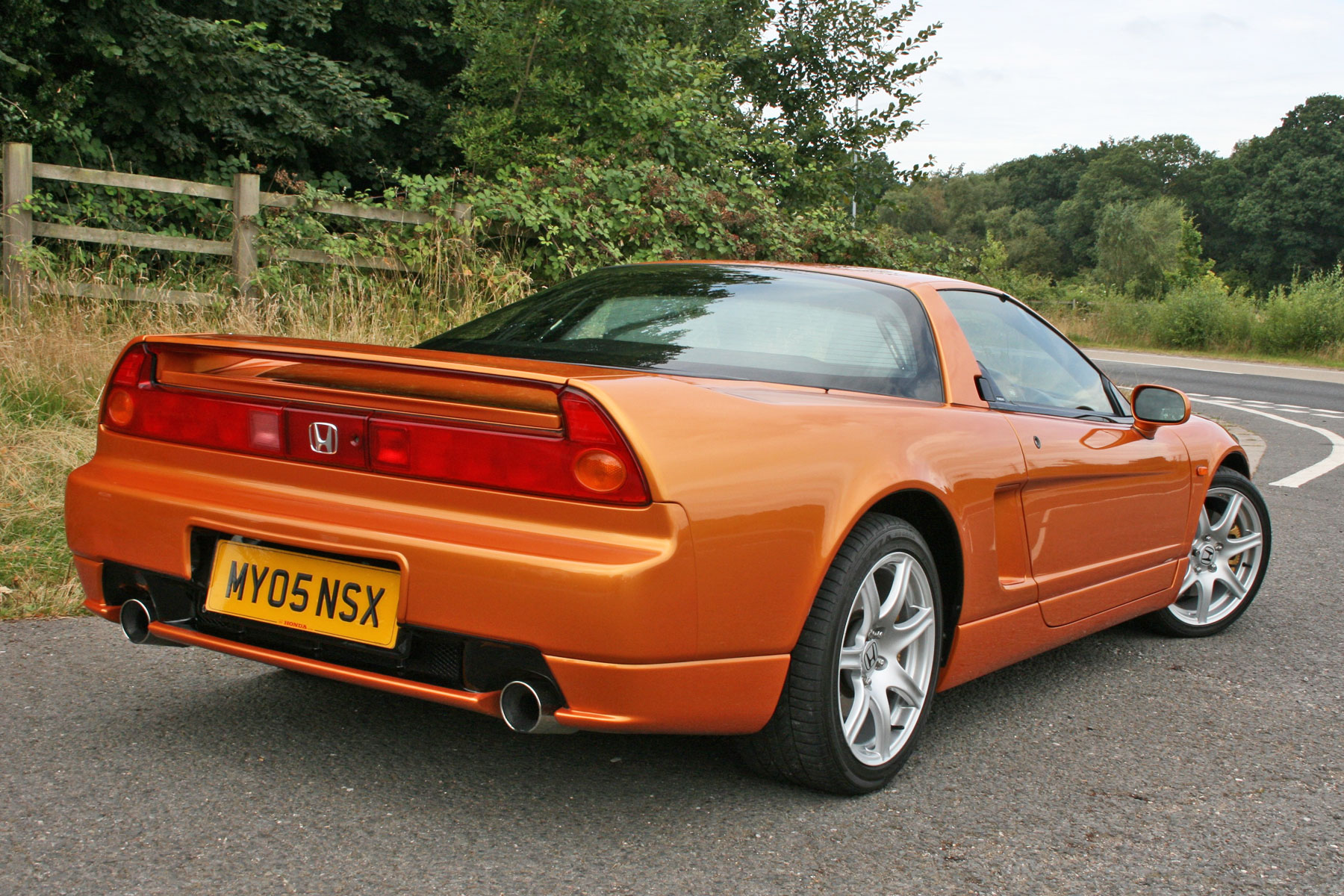 Yes. We enjoyed the late-facelift model tested here, and its rarity means it could make for a good investment. That said, many find older examples, with their pop-up headlights, more appealing. Go for whichever floats your boat – but we would advise avoiding the automatic gearbox. The manual is really slick and much more desirable.

With prices starting at around £30,000, the NSX strikes us as a bit of a steal. It feels so much more special than its price tag suggests, and it should be a fairly easy car to run, too. Buy a good one and you’re not going to lose money on it. 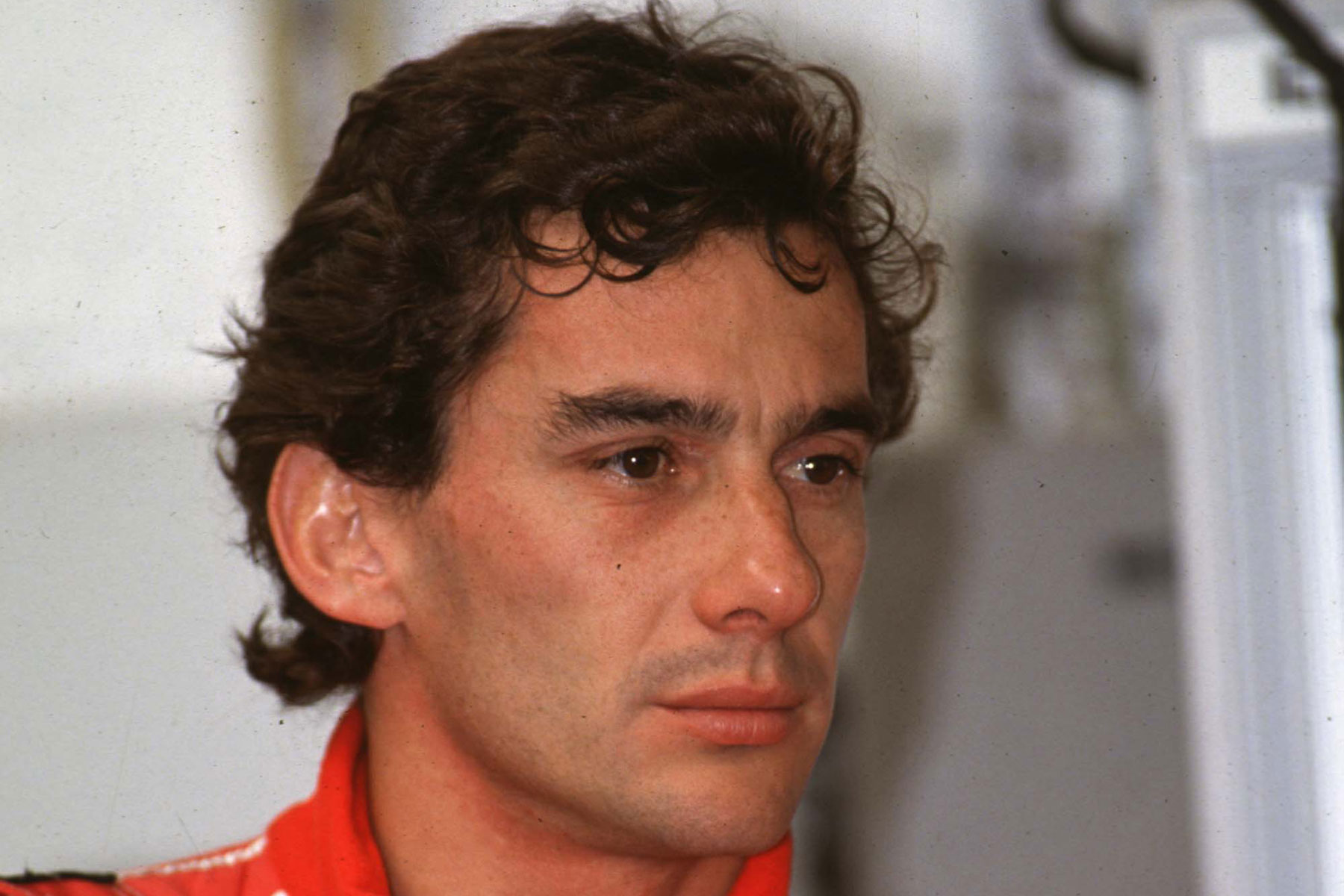 Senna’s involvement with the NSX came about when a team of engineers were out testing their new supercar at Suzuka in Japan. The F1 champion was there with McLaren, and was encouraged to take the Honda out for a few laps. He did, and despite Honda making the NSX as stiff as rivals, Senna reported that it was too soft.

Engineers went back to the drawing board, made the NSX 50% stiffer and tweaked the chassis to make it better to drive – something they’d continue to do throughout the car’s life.