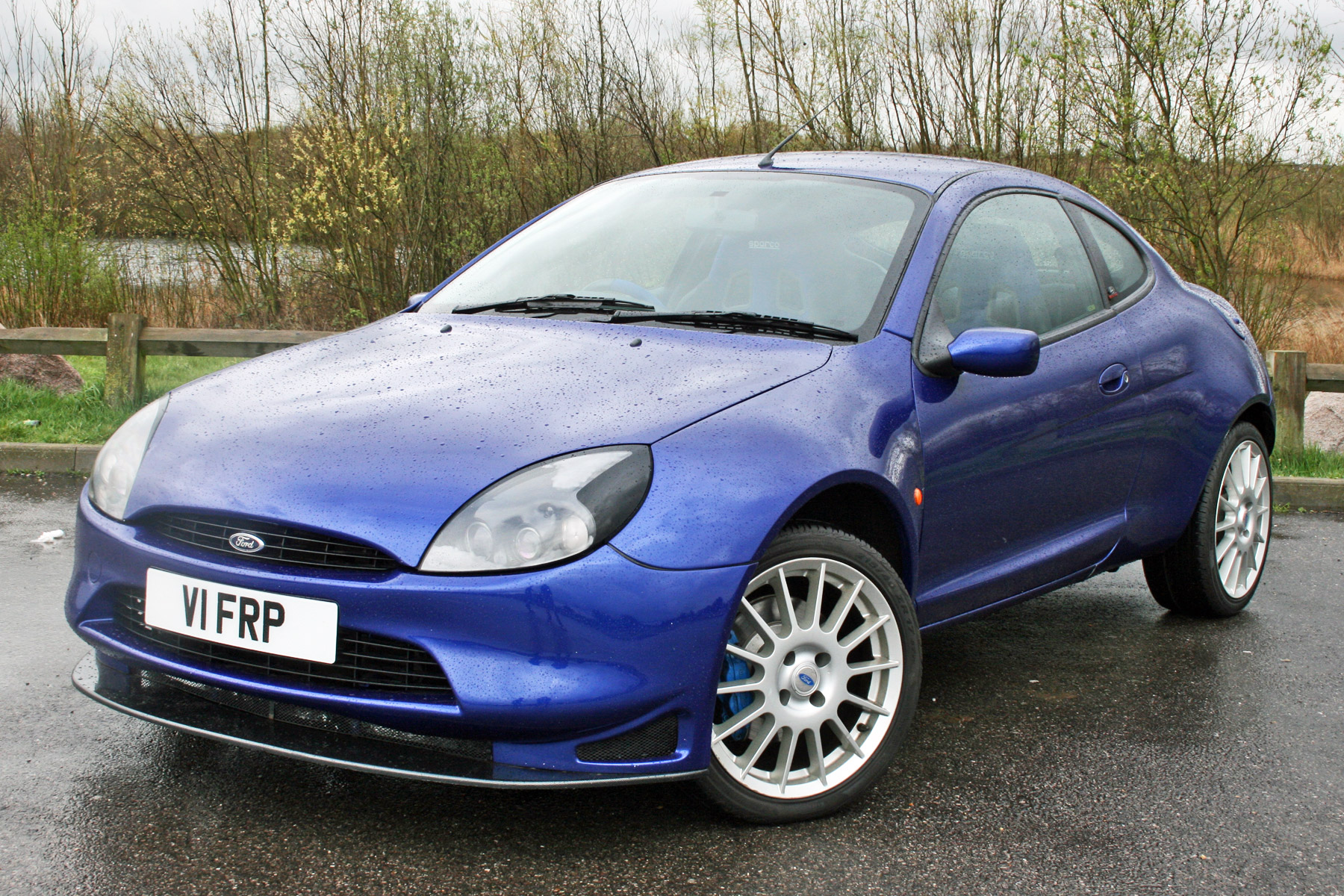 The regular Ford Puma is an underrated driver’s car. Combine a zingy 125 hp 1.7-litre petrol engine tuned by Yamaha with an excellent chassis, a light body and a thoroughly satisfying gearbox, and you get one of the most enjoyable front-drive cars ever sold.

But this isn’t a regular Ford Puma. This is the Ford Racing Puma. It’s doing it a disservice describing the FRP as a beefed-up Puma – it’s much more than that. Only 500 were ever sold, and it was developed by Ford Racing Europe. 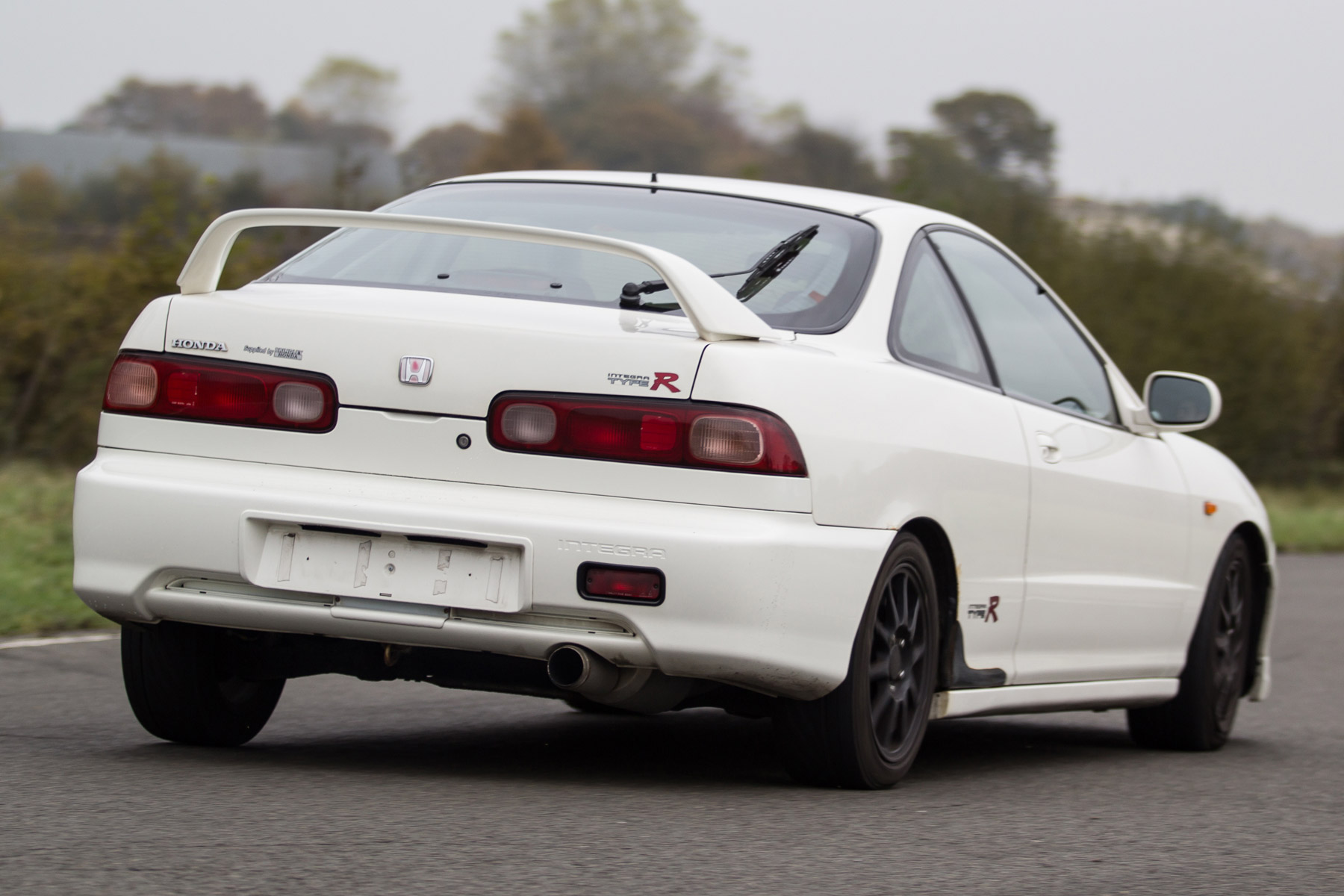 Although the Ford Racing Puma was only ever meant to be sold in limited numbers, Ford hoped it’d sell more than it did. A production run of 1,000 was mooted, but a lack of demand meant that was cut to 500 – and half of them were reportedly sold through Ford’s management scheme as they just couldn’t shift them.

The reason? The price. At £22,700 when new, the Puma was more expensive than rivals such as the Subaru Impreza and Honda Integra Type R. 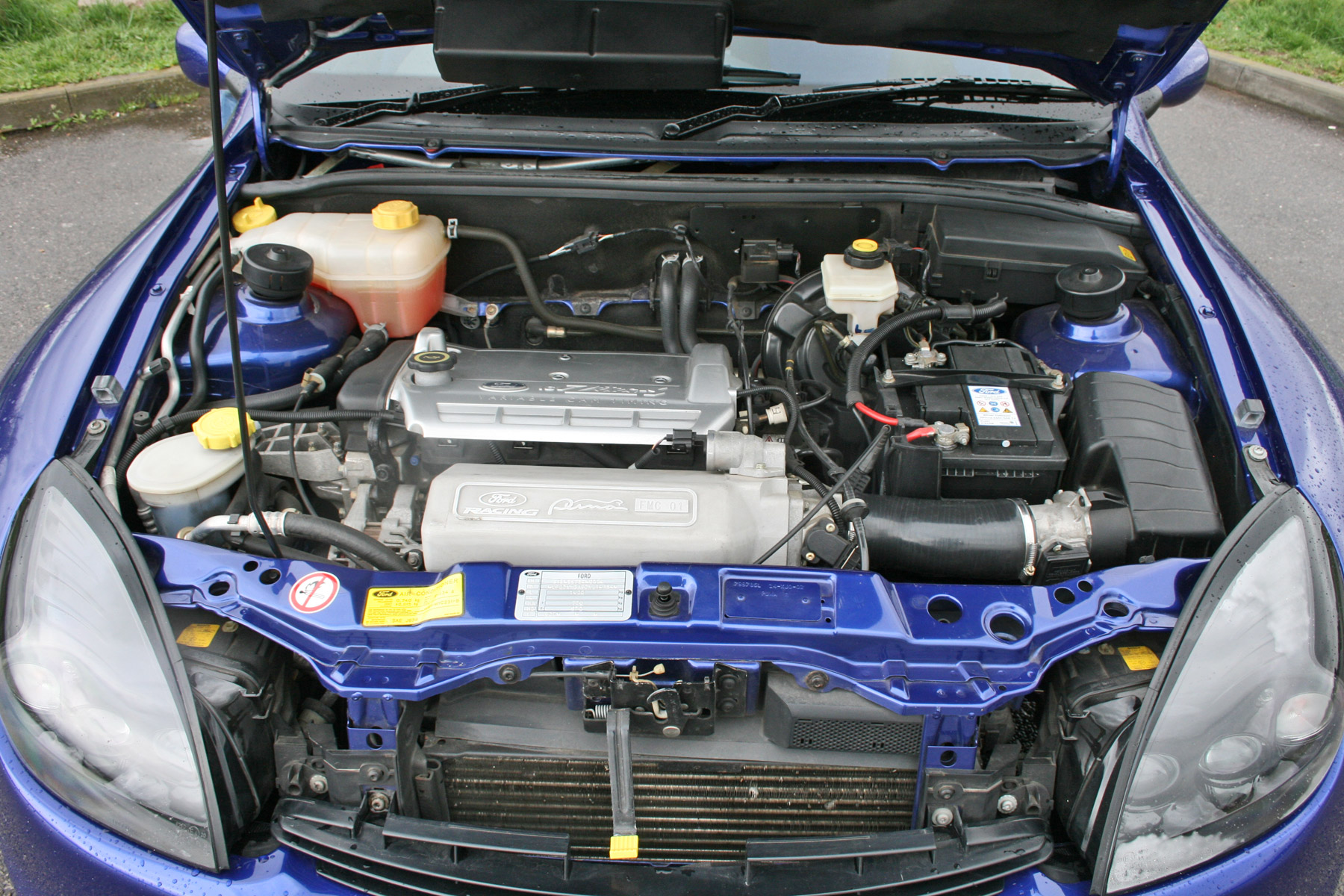 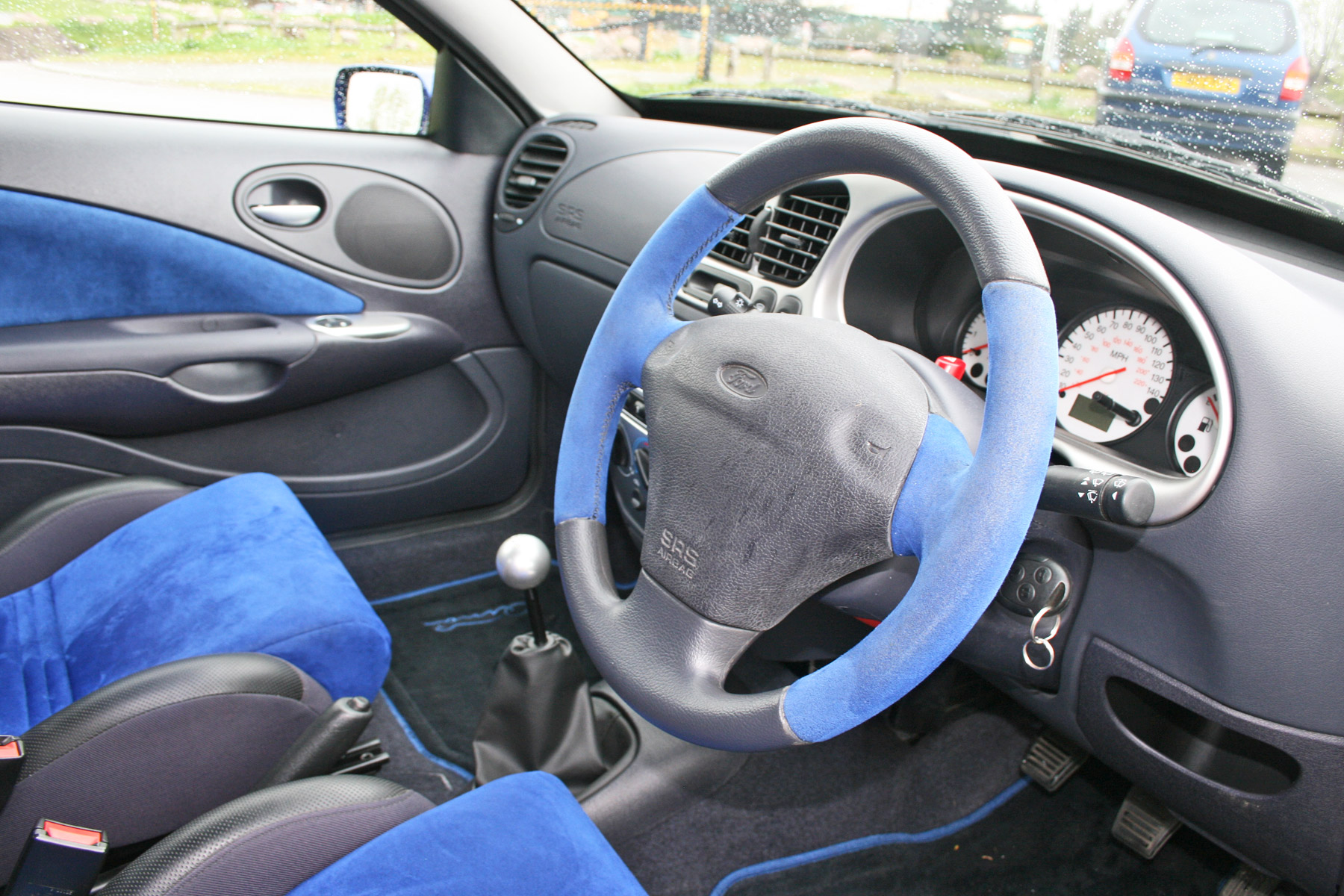 Frantic. With a hefty amount of power going through the front wheels, there’s only so far 1990s traction control technology can go towards defeating torque steer. But that’s part of the fun. At the time, Tiff Needell described it as perfect for the new generation of computer game racing driver: “constantly used to making lots of little tiny corrections to keep his imaginary car on the road.”

That feeling is exaggerated by the firm suspension. Combined with the bespoke 17-inch alloys, it makes the average British B-road feel akin to a rally stage. But if you can master its fiery nature, it’s an incredibly fun car to drive. Its tiny Alcantara-wrapped steering wheel gives masses of feedback, while the 215 mm-wide tyres just grip and grip. Even lifting off won’t see sideways heroics like an old-school hot hatch, there’s just a bit too much adhesion to truly steer with the throttle. 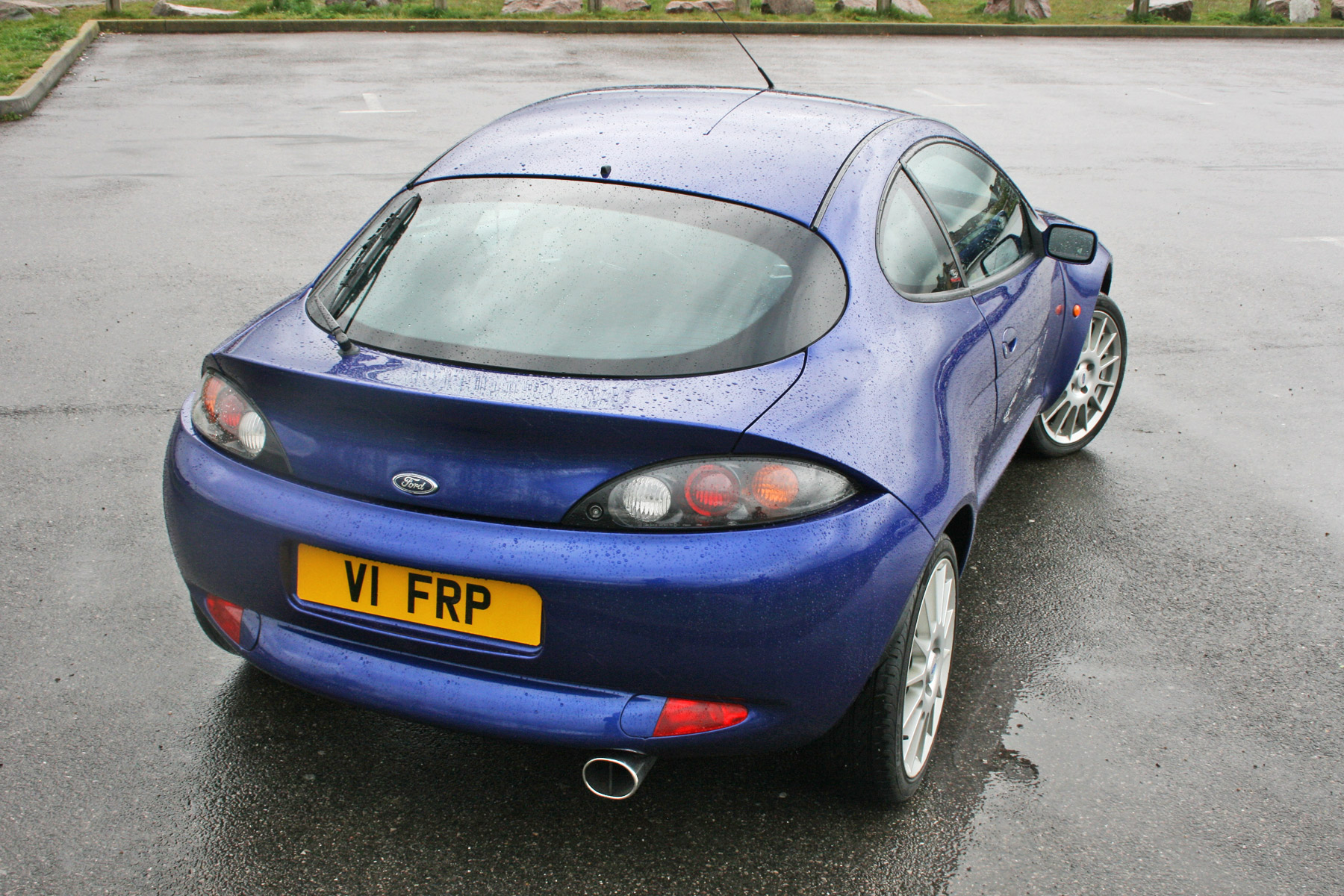 While the Ford Racing Puma should make for a fairly reliable car, you’ve got to expect a few issues as even the newest examples are now 15 years old. As with the standard Puma, look out for rust – it’ll fizz everywhere, including the sills, floorpans and arches.

The Racing Puma could prove a headache in the running stakes thanks to its unique parts. The upgraded braking system, for example, can prove to be temperamental, with genuine front brake discs costing more than £200 each before fitting. Interiors have never been Ford’s specialism, and they’re likely to be showing their age. Good luck trying to replace tired pieces of trim. 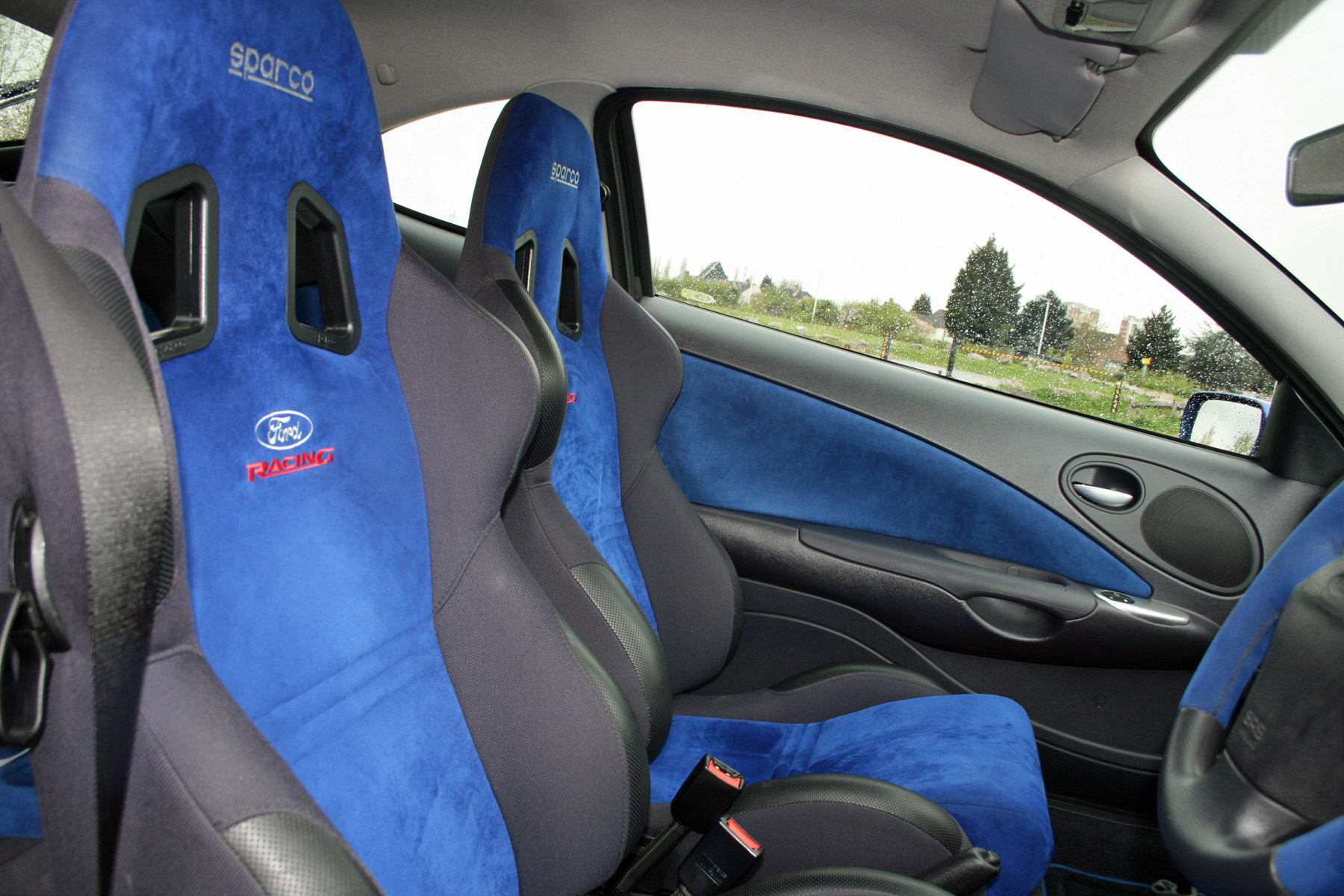 The interior is much like the regular Puma – which itself is much like the Fiesta of the same period – albeit with lots of bright blue Alcantara and, of course, the Sparco racing seats. The result is a slightly dated cabin, but with air-con, a CD player and a heated front windscreen (check it works properly!), it’s an easy enough place to spend time in.

We’ll give the usual Retro Road Test caveat, though – would you really want to drive a Ford Racing Puma every day? With so few ever sold, and prices rising, it seems a bit of a shame. Much better to pamper it and enjoy your time with it more than you would using it on the commute. 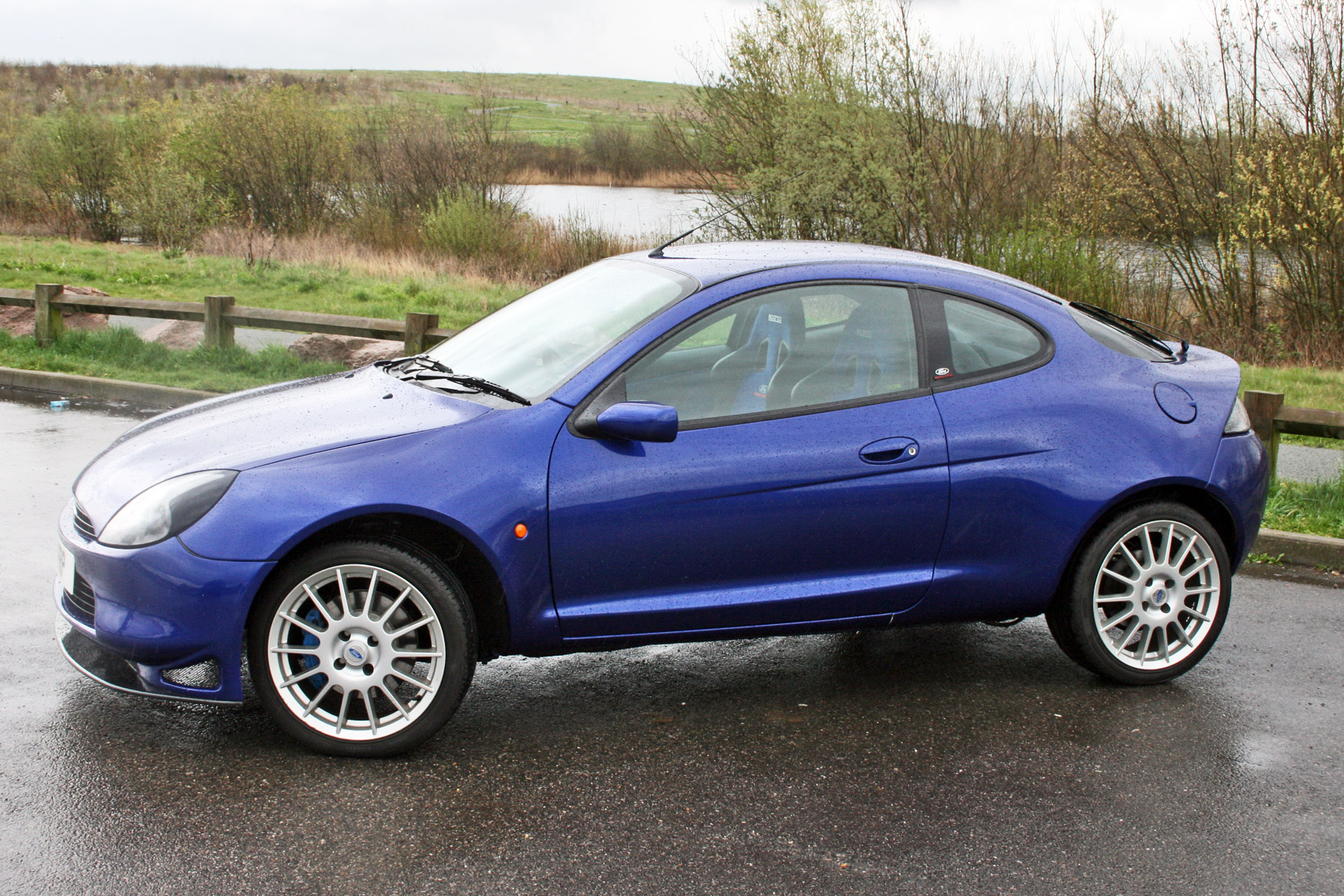 There was a time when £5,000 would get you a choice of Racing Pumas… the challenge now is finding one actually for sale. If you do, that £5,000 might buy a ropey example, but you’d be better spending as much as £10,000 on a cared-for car. If you’re struggling to justify spending that kind of money on a Puma, just think: how much would it be worth if Ford had given it an RS badge? 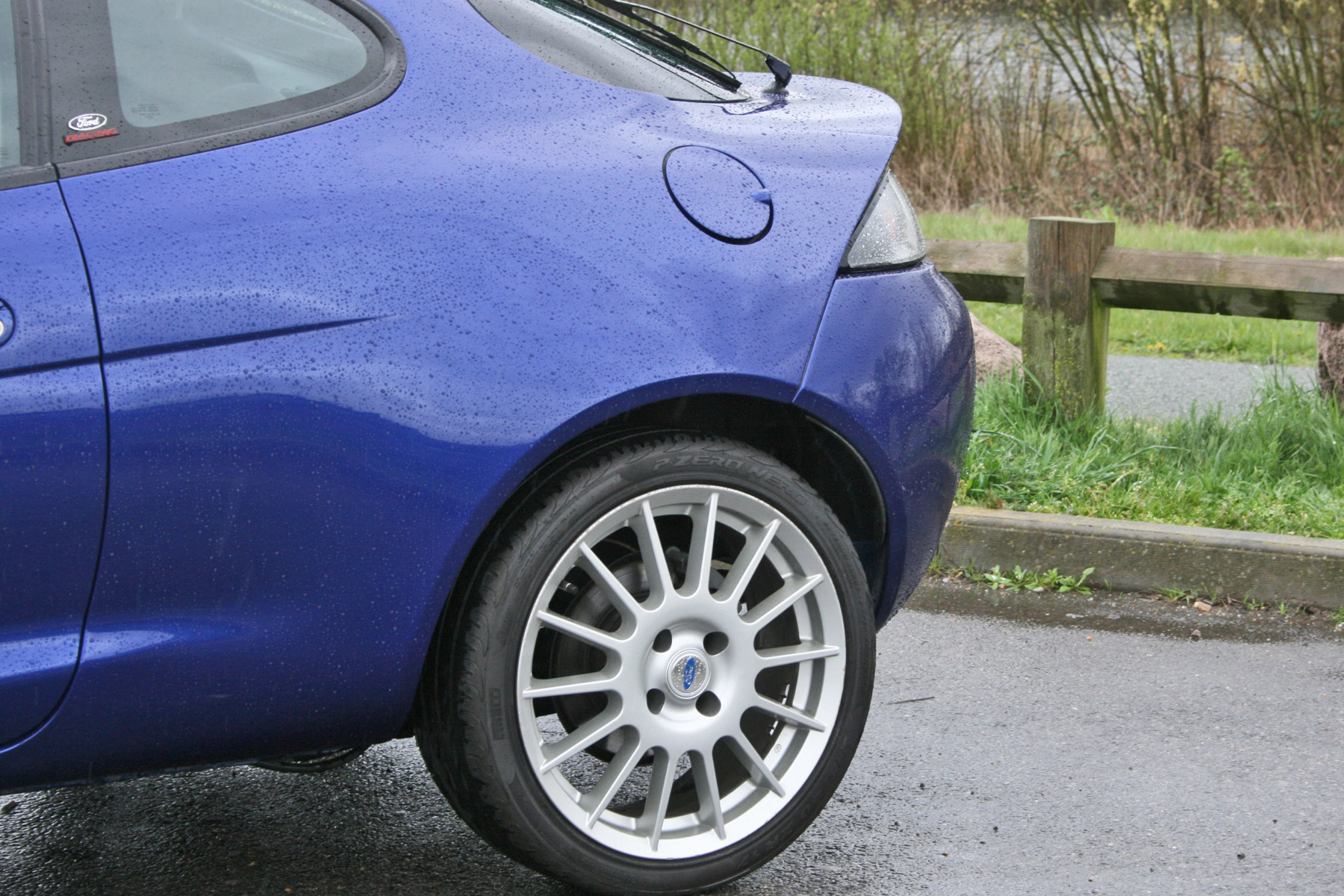 As we’ve mentioned, rust is a killer. Crawl underneath with a screwdriver and a magnet and walk away if you find excessive bubbling along the sills. That aside, you want signs that it’s been looked after. So full service history, four matching quality tyres and, ideally, not too many miles on the clock. 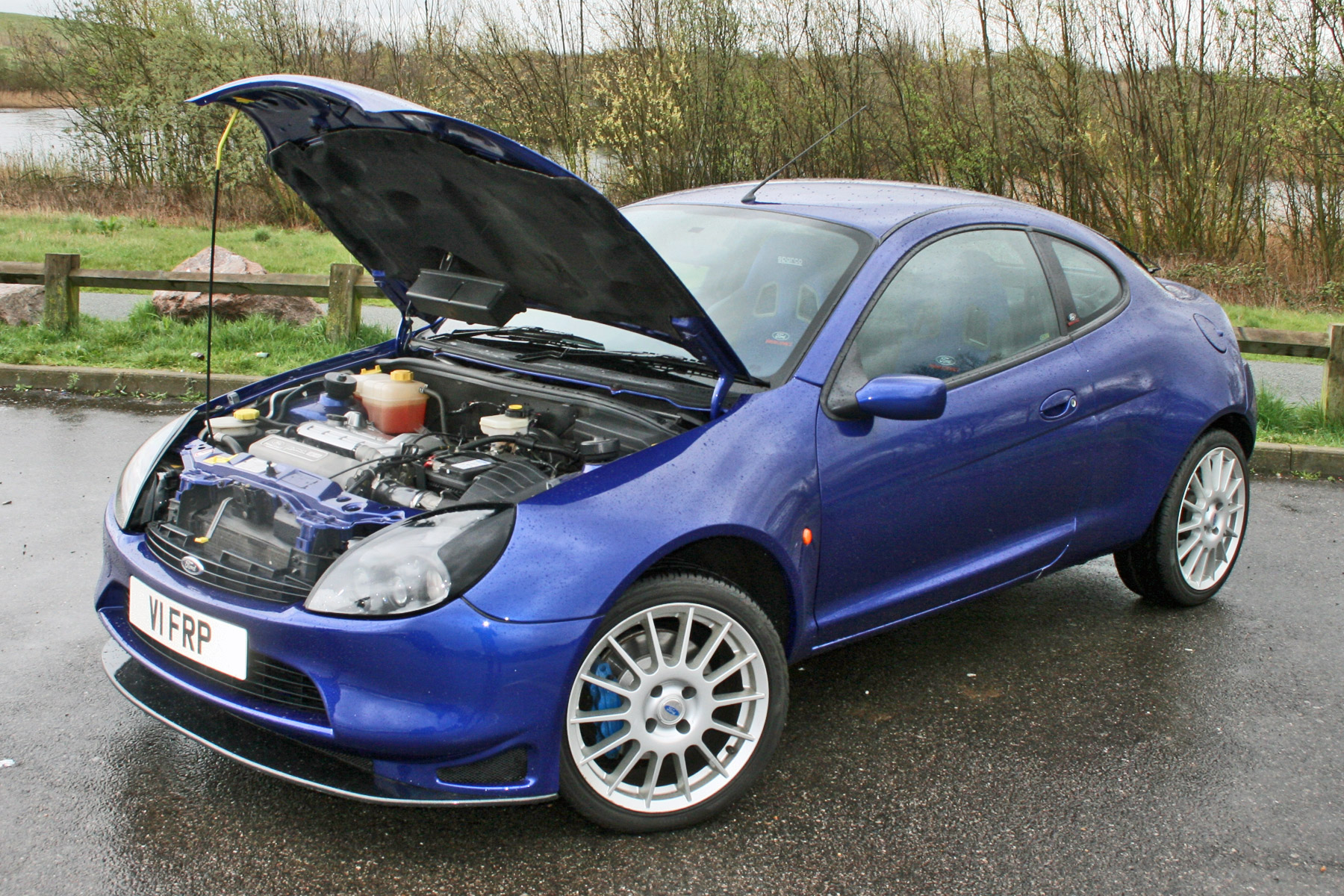 On paper, it’s perhaps difficult to justify a Racing Puma when you can pick up a regular model, which isn’t much slower, for less than a grand. But it really is a special car to drive – one of the best handling front-drivers ever sold. And a good example is only going to go up in price. Think of it as an investment. 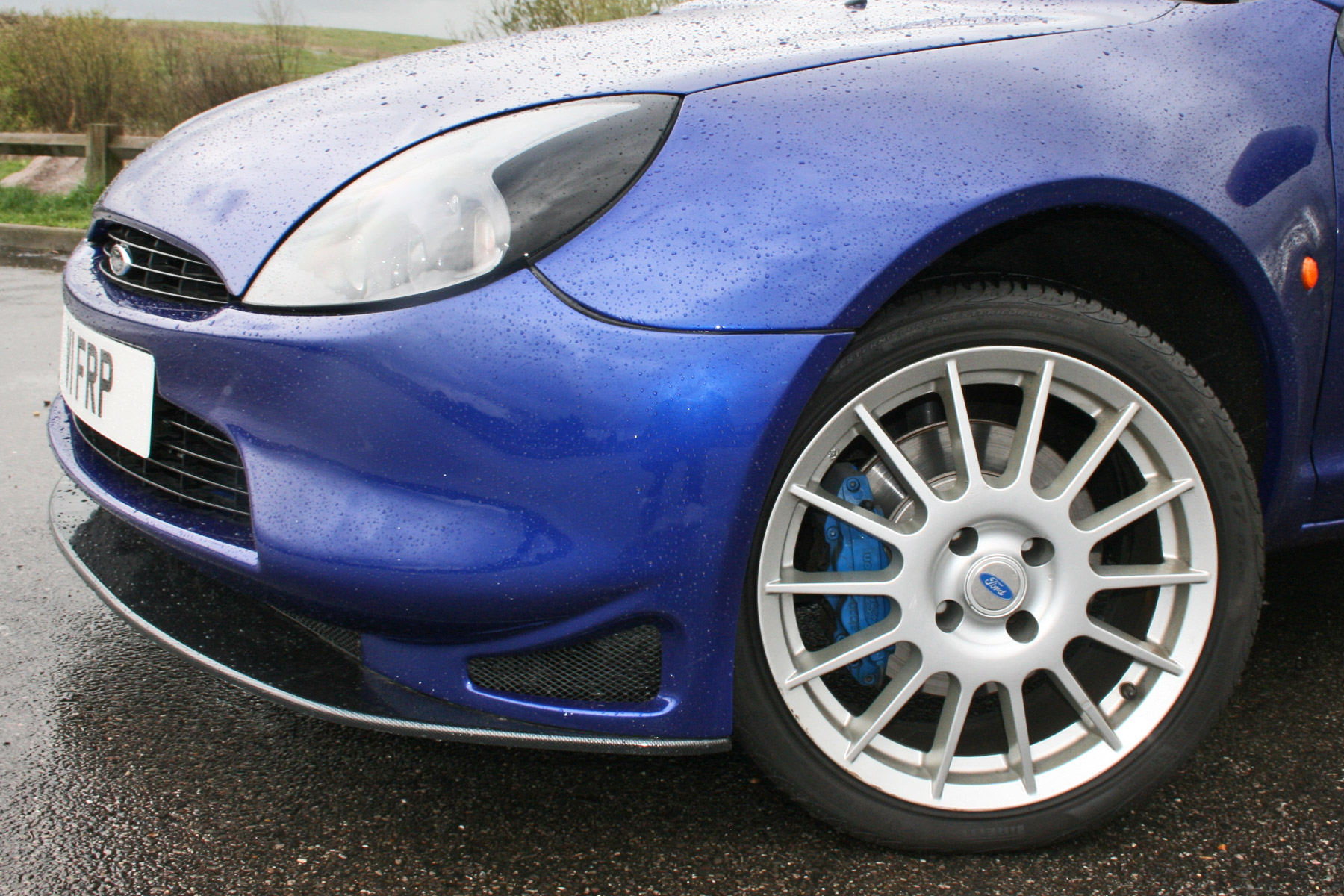 If you want the ultimate in front-wheel-drive handling, seek out an FRP fitted with a limited-slip diff. It was available as a factory extra, but only 80 customers ticked that option box – largely because most were standard management cars. It is possible to retro-fit one, however.