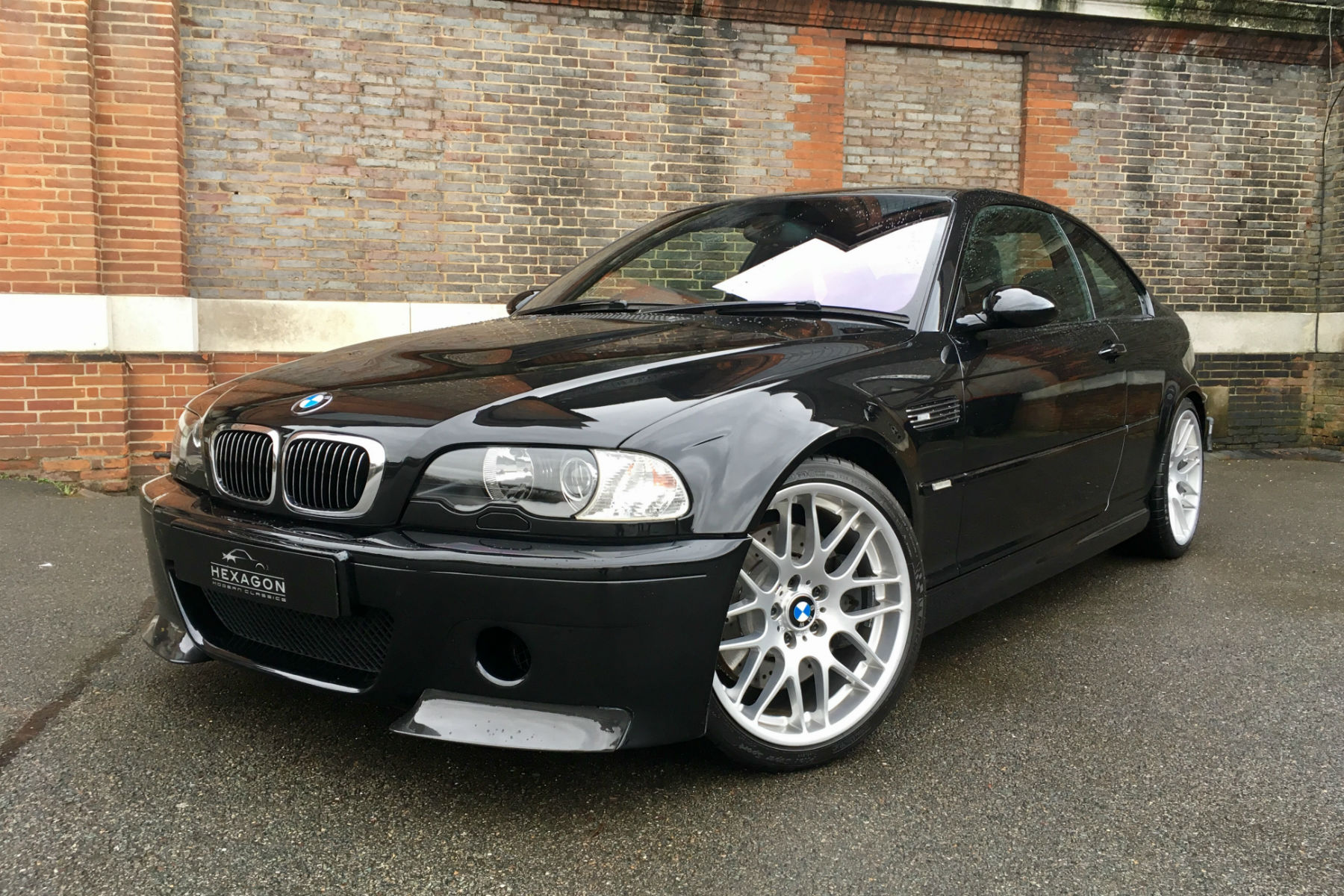 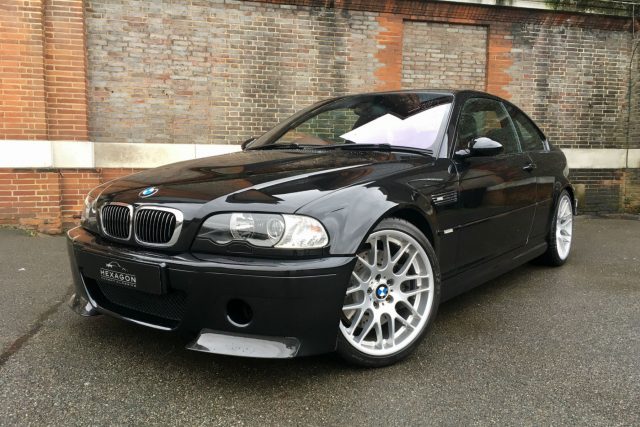 The BMW M3 CSL sounds like nothing else I’ve driven. Its baritone blare builds to a surround-sound DTM wail as air is sucked through its carbon manifold then spat out through quad exhausts. It gives me goosebumps just thinking about it.

Soundtrack aside, there’s little to distinguish the Coupe Sports Leichtbau from a standard E46 M3. Only the cognoscenti will spot the bespoke 19-inch alloys and subtle lip spoiler.

This is no badge-engineered special edition, though: BMW tuned the engine to 360hp, fitted a quicker steering rack, stiffened the chassis, beefed up the brakes and stripped out 110kg of weight.

Does that make a used CSL worth five times the value of an equivalent standard M3? That’s what I’m here to find out. 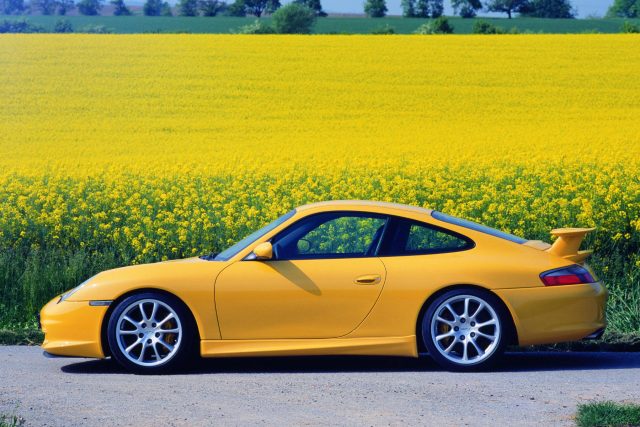 The CSL’s closest rival is perhaps the Porsche 911 GT3. Both have a track-focused ethos and are fully-paid-up modern classics.

Prefer a sledgehammer to a scalpel? The Mercedes CLK63 AMG Black is a few dollars more, while early examples of Nissan’s formidable GT-R nudge £30,000. 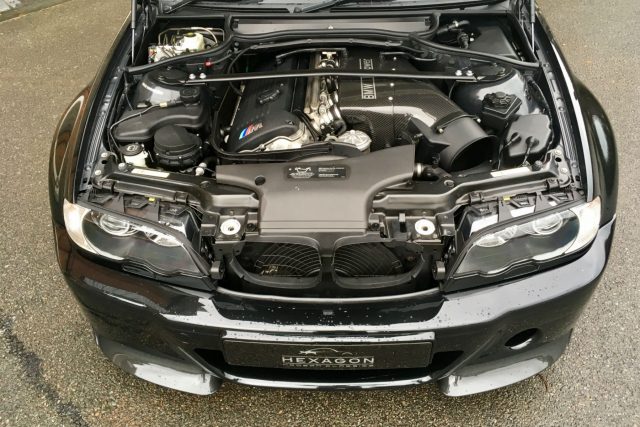 Cloaked in carbon and squeezed beneath a strut brace, the CSL’s 3.2-litre six is something quite special.

Controversially, the CSL was never offered with a manual gearbox. All cars had a quicker-shifting version of BMW’s SMG semi-automatic, which allows sequential manual changes via the lever or steering wheel paddles. 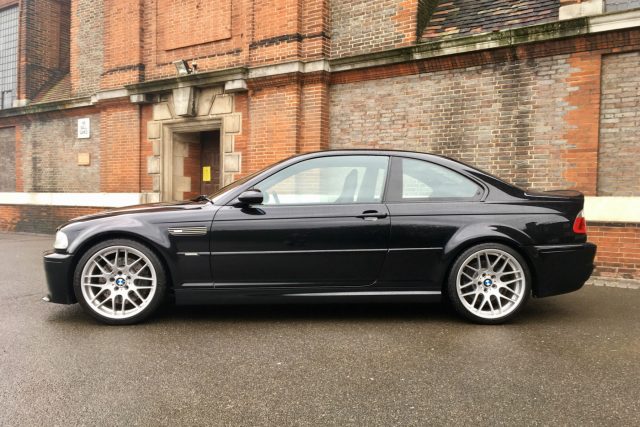 Based on a 3 Series, the M3 is already a fairly practical performance car. And while the CSL doesn’t thumb its nose at such matters – it has rear seats and a decent boot, while air-con and a radio were options – it isn’t a car I’d want to drive every day.

The ride is very firm, for starters: more akin to a tightly-damped GT3 than a regular M3. And the lack of sound deadening puts your ears under constant assault from wind noise, tyre roar and, of course, that freer-breathing straight-six.

Around town, it feels like a caged animal, the ageing SMG ’box venting its frustration with occasionally clunky shifts.

Lots of carbon, plus a numbered plaque denoting which of the 422 UK cars you’ve bought. pic.twitter.com/3PetpDwCV5

All of that is soon forgotten once you find the right road, though. With no turbo to spool up, throttle response is instant, the engine exploding to 8,000rpm, the gearbox banging each ratio home by brute force.

For all its straight-line performance, it’s the CSL’s handling that elevates it to legend status. The last car I drove that felt so tied-down yet adjustable was a Porsche Cayman GT4. High praise indeed for a BMW first launched in 2003.

The steering is sublime, too, while the chunky Alcantara-wrapped wheel and snug glassfibre buckets add to the road-legal-racer vibe. 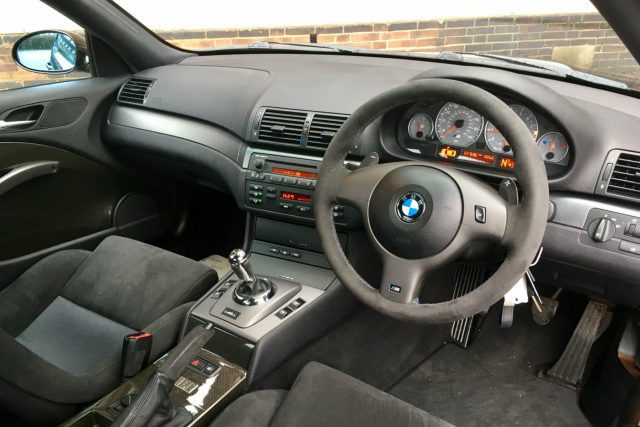 Official fuel economy for the E46 CSL is just 23.7mpg, although you’ll be lucky to see mid-teens if you drive one hard.

Likewise, CO2 emissions of 287g/km mean annual car tax (VED) of £580. Consumables, such as tyres, clutches and brake pads, are expensive too.

On the plus side, the engine – including its Vanos variable valve timing – is reliable if properly serviced. And there are plenty of specialists that cater for M cars, usually with lower labour rates than BMW dealerships. 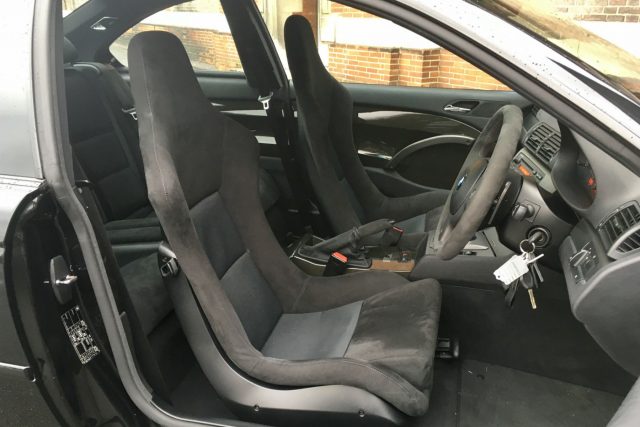 A CSL is a bit like a Jagerbomb: stimulating and intoxicating, but you wouldn’t want one for breakfast.

As I mentioned previously, it’s a bit too single-minded for commuting or ferrying the kids to school. This is a special car best saved for special occasions.

The ideal place to experience a CSL, of course, is on-track. But I suspect very few still see action on circuits: more likely they are tucked up in air-conditioned garages. Such is the fate of the appreciating classic car. 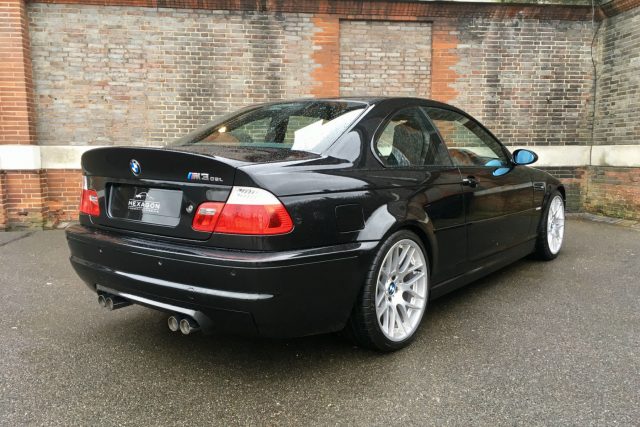 Appreciating? You bet. Paul Michaels, Chairman of Hexagon Classics, says CSL values shot up in 2016, although they have stabilised since.

A total of 1,400 M3 CSLs were built, including 422 right-hand-drive cars for the UK. Only two colours were offered: Black Sapphire Metallic and Silver Grey Metallic, but black is rarer and thus worth slightly more. 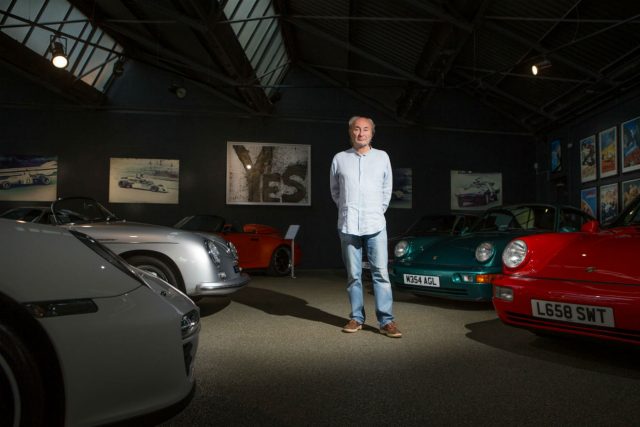 Let’s defer once again to Paul Michaels, who sold BMWs for 46 years. “Service history is absolutely vital,” he says. “Values have increased, but it still isn’t economical to spend large sums restoring them. You could throw a lot of money at a bad CSL.”

Check the service indicator lights on the dashboard aren’t illuminated and scour the paperwork. The car should have had its first oil-change at 1,000 miles, followed by intermediate (Inspection 1) and major (Inspection 2) services at annual intervals. The Inspection 2 includes a valve clearance check: missing it could result in Vanos problems.

Six-speed SMG semi-auto gearbox is standard on all cars. pic.twitter.com/OIBOVwFwHs

One well-known M3 issue, not unique to the CSL, is a cracked boot floor – caused by wear in the subframe mounts. If caught early, it’s a minor repair, but once the floor is damaged, the only option is to weld in a new one: a minimum of £1,500.

Parts are still available, but CSL-specific items, such as the carbon front bumper, can be frighteningly expensive.

Remember, originality is key to future value, so check bodywork and interior trim carefully. And steer clear of cars with aftermarket modifications. 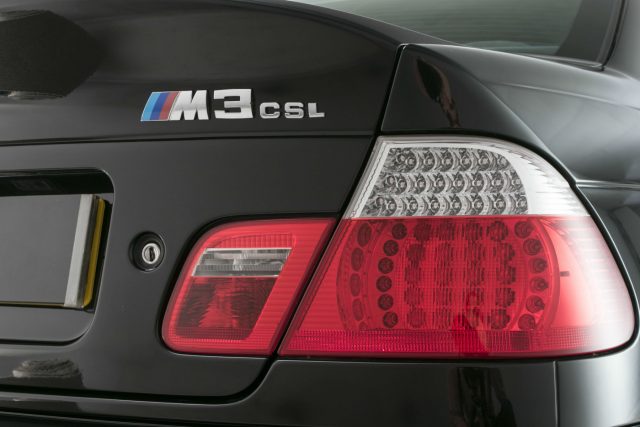 However, the most iconic M Power BMWs have followed the lead of Porsches and rocketed in value. And that makes the CSL – arguably the greatest M3 of all – a potentially savvy investment.

Still, let’s forgot money and talk about the car. When the oil has run dry and we’re all moving from A to B in autonomous electric pods, the CSL will be looked upon wistfully as a legendary driver’s car. It hard-wires itself into your head like a craniotomy, leaving your mouth dry, palms damp and soul stirred.

If that sounds like hyperbole, so be it. Perhaps I’ve been swept up in the CSL’s almighty sound and fury. Ultimately, I think the lack of a manual gearbox would steer me towards a Porsche 996 GT3.

Nonetheless, the CSL has earned its place in my dream garage. 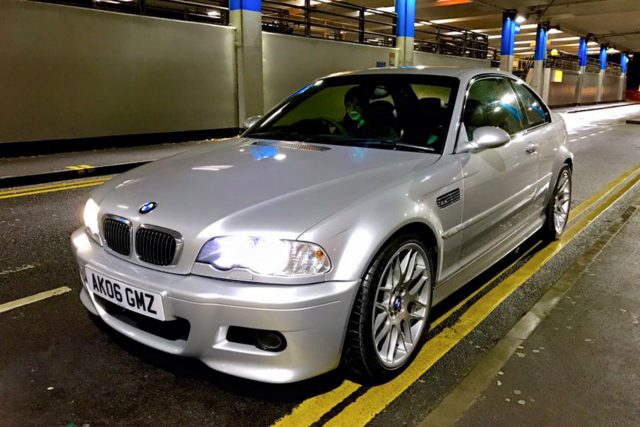 The 2005-2006 M3 CS cherry-picks some of CSL’s best bits for less than half the price. These include the steering rack, brakes and springs, plus a slightly wider version of those gorgeous alloys. Pay £25,000 for a good one.

Paul Michaels also tipped the BMW Z4 M Coupe as one to watch: “Just look at what’s happened to values of the Z3 M Coupe,” he says.

“Classic BMWs don’t get the recognition they deserve at the moment, but I think that will change.”