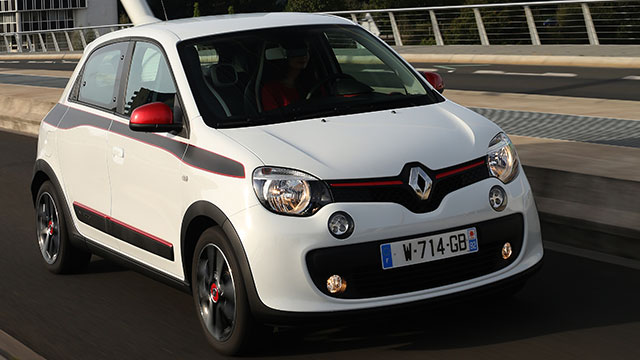 Renault has revitalised the city car segment with its new rear-engined 2014 Twingo. Massive manoeuvrability is on the menu here, as is an appealingly unique character.

We missed out on the first generation Renault Twingo in the UK. When it was released in continental Europe back in 1993, the city car sector was just emerging; Renault claims the Twingo had just five rivals.

Joining this group of strong sellers, the new 2014 Renault Twingo has its work cut out, as all of the above offer practicality despite their small footprints, low running costs and a cheap entry-level purchase price. But Renault reckons it has an ace… 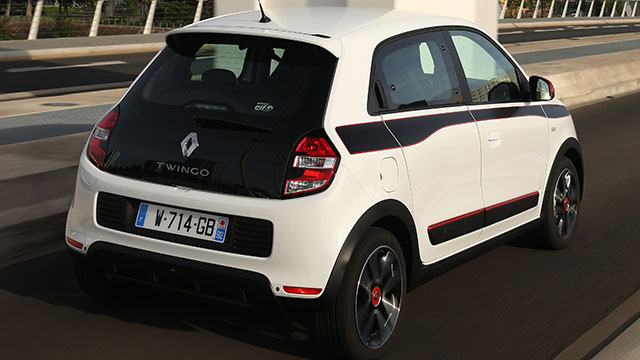 Even with so many rivals in the sector, Renault has a joker to play: the rear-engined layout. Far from a performance focus, Renault has chosen to the house the range of tiny three-cylinder engines behind the rear seats to maximise space inside the cabin and improve manoeuvrability.

It’s this last point that defines the Twingo’s character. With no engine up front, it means the Twingo boasts 45 degrees of steering lock compared to its predecessor’s 33 degrees. Combined with a super-short front overhang, it means a miniscule turning circle of just 8.6 metres – the best on offer in the city car sector.

Tight town centre parking spaces thus pose very little challenge, with the Twingo able to nip in and out of kerbside gaps between cars like a Smart car – which is no surprise, as Renault has collaborated with Smart’s parent company Daimler, the Twingo and the new Smart ForTwo and ForFour sharing a chassis.

On the move the steering is light (helped by little weight over that short front end) and accurate, although not brimming with feel. But what do you expect from a city car? Handling is also game. You can flick the Twingo around roundabouts, and tight side streets, scampering away from junctions and zipping away from traffic lights.

But there’s also a more composed side to the car. A little more mass over the rear end means the Twingo boasts a compliant ride – never is it crashy or harsh, negotiating speed bumps around Nantes, France with a soft edge to the suspension but plenty of control.

The keen chassis is matched by a pair of eager three-cylinder petrol engines, including a 0.9-litre turbocharged unit and a 1.0-litre non-turbo naturally aspirated motor. The first delivers 90hp, with a useful 135lb ft hit of torque thanks to that tiny turbo. In a car weighing 943kg (and that’s at its heaviest), it’s respectably quick, hitting 62mph from rest in 10.8 seconds. There’s enough go at higher speeds to sustain decent motorway cruising, too.

However, it’s the less powerful 70hp engine that’s the sweet spot. It’s not quite as punchy, but matched to snappy gearing there’s enough performance around town, even if it is a touch more laboured on the motorway. 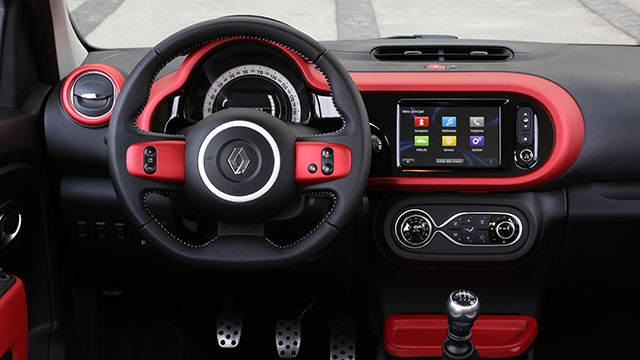 Is the 2014 Renault Twingo the best city car on sale?

The answer is not as black and white as yes or no. Prices start at £9,495 for the entry-level SCe 70 Expression model, so it’s more expensive than many of its rivals. That said, it is well equipped as standard, featuring electric windows, hill start assist, remote central locking, a tyre pressure monitor and Renault’s new ‘R & Go’ system – a smartphone connectivity package with a built in free navigation app.

Prices rise to £11,695 for the bells and whistles TCe 90 Dynamique variant, although the R Link sat nav and reversing camera is still a £600 option. Speaking of which, just like many of its rivals, there are myriad customisation options, handily grouped into different ‘packs’ by Renault, so you can tweak your Twingo to exactly how you want it.

When it comes to practicality, its top marks in some areas and mixed results in others. We know how the rear-engined layout lends itself to incredible manoeuvrability, but this does impact on boot space. There’s 188 litres in standard configuration, rising to 980 litres with the rear seats folded fully flat – do the same with the front passenger seat and it can accommodate loads up to 2.3m long.

Put simply, there’s easily enough space for two weekend bags in the boot or a decent sized supermarket shop. 52 litres of storage inside means there’s plenty of trinket trays and bins for stuff, too, while despite being 10cm shorter than its predecessor, there’s 33cm more room inside the cabin. It’s pleasingly spacious.

Fuel economy is on a par with the best in class, with the stop-start equipped 0.9 engine returning an official 67.3mpg combined with 95g/km CO2. This drops to 65.7mpg with 99g/km CO2 for the turbo unit.

There are plenty of electronic safety systems to keep the car in check, but no autonomous braking function. Renault says it is targeting a four-star Euro NCAP rating under the new, tougher testing regime. It’d be a strong showing if it achieves that, but convincing customers of that next to five-star city cars tested under the old criteria might be difficult.

What the Renault really does have going for it is its chic Gallic design. Helped by that rear engine, it has bags of personality – it’s not just a generic looking box with a different badge stuck on the front. It has style, and aping the lines of the old Renault 5 hatch, it’s retro-cool with a thoroughly modern, unique and innovative flavour. 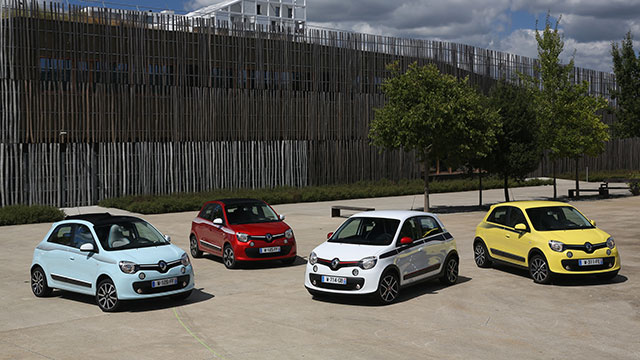 Renault has revitalised the city car segment with its new Twingo. The rear-engined layout defines the car, but not for the reasons you might think. It’s practical, easy to drive and park, fairly spacious, frugal and easy on the eye.

Prices might be on the higher side, but they’re justified, for the above recipe and the Twingo’s unique character is certainly worth paying for.

The latest Citroen C1, Peugeot 108 and Toyota Aygo trio all offer cheaper entry costs, but the triplets are arguably much more derivative than the Twingo. The same goes for the SEAT Mii, Skoda Citigo and VW Up! albeit with strong refinement. The Kia/Hyundai twins are polarised – the Picanto is ageing and showing it, while the Hyundai i10 was only released last year and is now much more upmarket. We’ll take the i10, then.