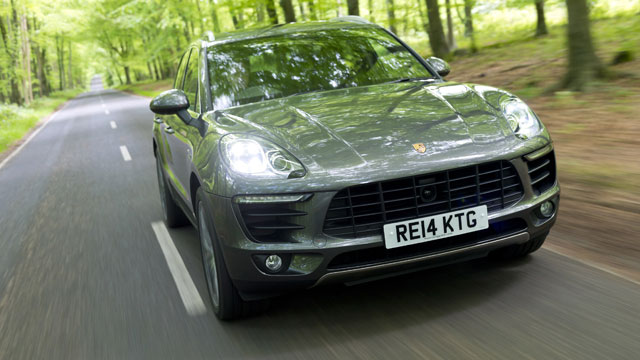 The Porsche Macan may be the best compact SUV on sale: the Macan S Diesel probably IS the best…

This is a strong contender for the best premium SUV currently on sale – and we aren’t just talking about the Porsche Macan in general, but this S Diesel model in particular.

Combing a gold-standard brand image with a thumping V6 turbodiesel that claims more than 46mpg, and then wrapping the entire lot up in what we think is one of the best-looking off-roader designs on the market – well, if that isn’t a recipe for success we’ll eat the steering wheel. Which just happens to be similar to that fitted in the Porsche 918 hypercar. The Macan is not messing around.

But more than this, the S Diesel also quite astonishingly accomplished to drive. Looking for a more practical Porsche but put off but the sheer bulk (and cost) of the Cayenne and Panamera? Even if you’re coming from a Cayman or Boxster, the Macan is unlikely to disappoint. Just be prepared to pay for the privilege…

What is the 2014 Porsche Macan S Diesel like to drive? 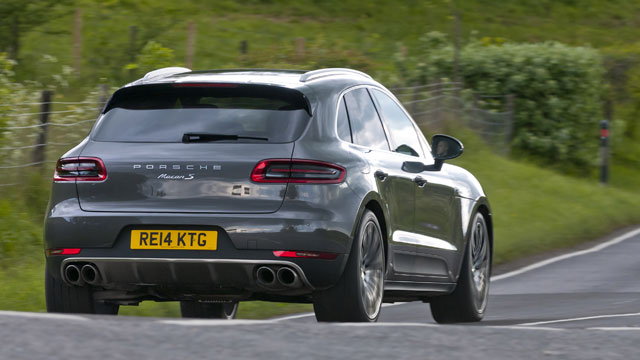 At a basic price of £43,300, the Macan S Diesel is already an expensive choice. That it costs the same as the turbo petrol S is interesting, but probably irrelevant; you’ll either want the petrol’s extra speed (0-62mph in 5.4 versus 6.3) or prefer the diesel’s greater economy (32.5mpg versus 46.3mpg). What is worth mentioning here is that the test car had a few options – the total showroom tally being an outstanding £63,660.

Still, only £1,789 of that was directly focused on improving the handling – the amount you’ll pay for air suspension and Porsche Active Suspension Management (PASM) – and the Macan is fundamentally a very well sorted machine to drive. Porsche will even try to tell you it’s a sports car rather than an SUV, but that’s taking things a little too far. Not even the firmest suspension setting here could completely overcome the higher centre of gravity that causes the Macan to lean its way through corners at speed.

Having said that, the Macan retains enough compliance to be comfortable and composed over bumps in this setting. The steering is positive and precise, and its one of few SUVs we’ve ever driven that really goads you into pressing on. The whole thing feels alive at your fingertips, and the decidedly rear-biased power delivery of the four-wheel system gives you a proper shove out of the turns, in a manner that’s actually reminiscent of – whisper it – Porsche’s own 911. But then, the 911 did serve as the Macan’s development benchmark at the Nürburgring.

The seven-speed PDK automatic gearbox is smooth, and amongst the very best when it comes to paddleshift inputs, while the 258hp diesel engine’s refinement is first rate. There’s never a hint of dirge once warm, and the faint, turbinous boosting noises it makes when passing slower traffic swell with character. 458lb ft of torque at just 1,750rpm makes very light work of this, too.

Is the Porsche Macan S Diesel the best SUV on sale? 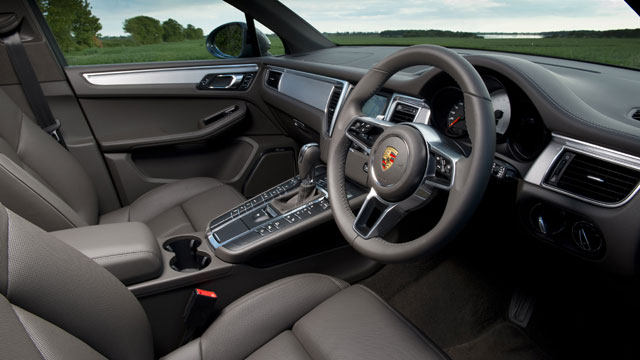 Of course, it’s hard to imagine Porsche failing to deliver a stunning drive on current form – and that’s before you learn that the firm spent €1 billion on the Macan’s engineering programme. So although it is based on fundamentally the same architecture as the Audi Q5 – and Audi will also sell you a more powerful 315hp diesel in SQ5 guise for similar money – the feeling you get from behind the wheel of the Macan is very different. There really are elements of Cayman DNA here for enthusiastic drivers to get their teeth into.

Beyond this, the Macan is also beautifully finished inside and out. The dashboard is dominated by a rev counter, in traditional Porsche fashion, while the rising centre console is a design cue that also separates this car from those of other brands. The open-spoked 918 steering wheel is also a delight, allowing you an even better view of the gorgeous metal paddleshifters. There’s enough space in the back for two adults to get relatively comfortable, while the boot’s nominal volume is a useful 500 litres – which expands to 1,500 litres with the rear seats folded. A powered tailgate is standard.

CO2 emissions of 159g/km mean you’ll pay £180 a year in road tax, more than reasonable considering the performance. Official fuel economy is 46.3mpg – and we know from experience with other Porsches that you might actually achieve this on a the motorway, thanks to a combination of efficiency measures that include stop-start and a coasting function that disconnects the drivetrain whenever you’re off the power, instantly saving fuel. Drive it more in the manner the chassis encourages, though, and don’t be shocked if you halve that figure.

The Macan does also have an “Off-road” button, which makes some changes to the way the electronic stability and traction control systems work. But it’s no Range Rover, and we can’t see too many people taking one further than the occasional muddy field doubling as an event’s parking lot. 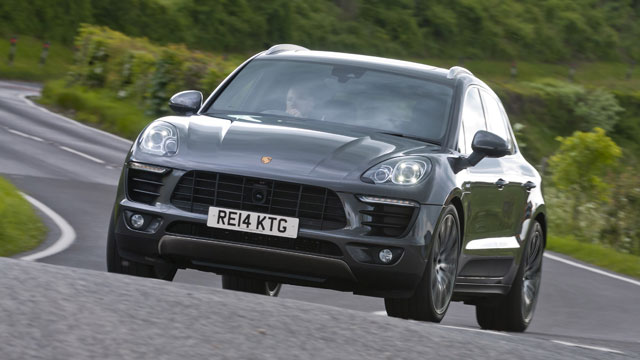 The Porsche Macan S Diesel is very, very good. Expensive – yes, but that’s not the same as saying it doesn’t deliver value for money. The combination of image and accomplishment here is simply unrivalled at the compact end of the SUV market. Sometimes if you want the best, you have to pay for it, and this is an excellent example.

If you can afford the entry price, perhaps you aren’t worried about running costs – and the petrol alternatives certainly deliver an even greater performance hit than the Macan S Diesel. But the torque-rich response of the diesel means it can do relaxed as well as rapid, and you will also travel further between fuel stops. It’s one hell of an all-rounder. And a proper Porsche.