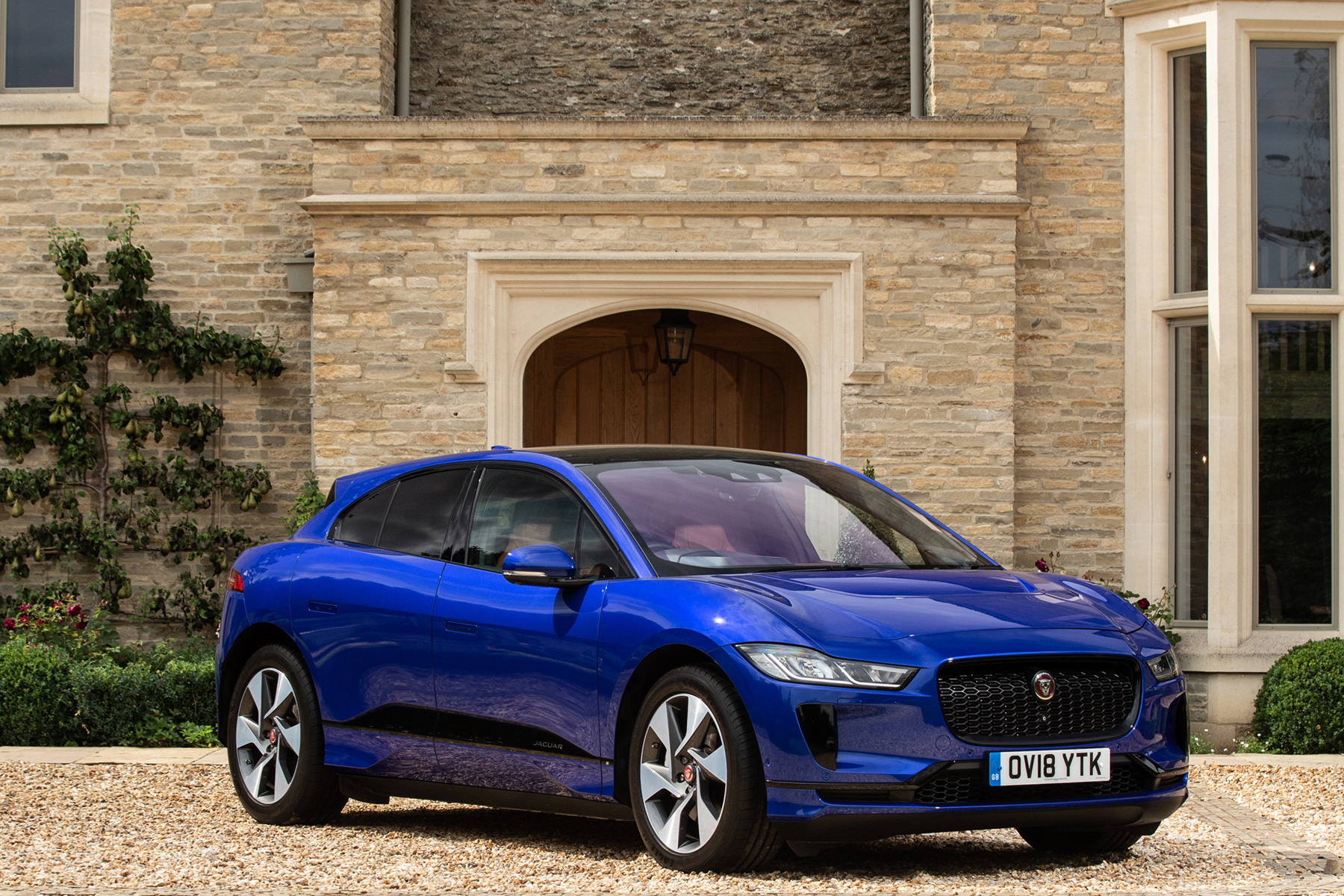 Forget, just for a moment, that the Jaguar I-Pace is an electric car. Instead, concentrate on the other important facet of this latest model: it’s so fabulously luxurious inside that, after you’ve been for a drive, you might not give a Tesla houseroom.

The temptation to make this technology-led car a symbol of its own cleverness has largely been resisted. You sense there’s something special going on, but there are few of the rival Tesla Model X’s overt gimmicks. Jaguar has even dropped its statement gear change column that rose ethereally from the centre console as you switched on. It was fun for a while, but that trick has had its day. Now we have a more contemporary cockpit, all complex shapes and touchscreen shenanigans.

There’s richness in the detail, too. The setting for the climate control temperature is sweetly built into the centre of the dial – not a wholly new idea, but beautifully carried out. The grilles for the optional Meridian speakers have dozens of holes in the mesh, the sizes of which are never duplicated so the trapezoidal shape looks balanced.

Perhaps these are trivial things, but they show a necessary attention to detail in a model range that starts at £58,995 and rises to more than £80,000. Electric Jaguars don’t come cheap, even after the UK government chips in a £4,500 Plug-In Car Grant. 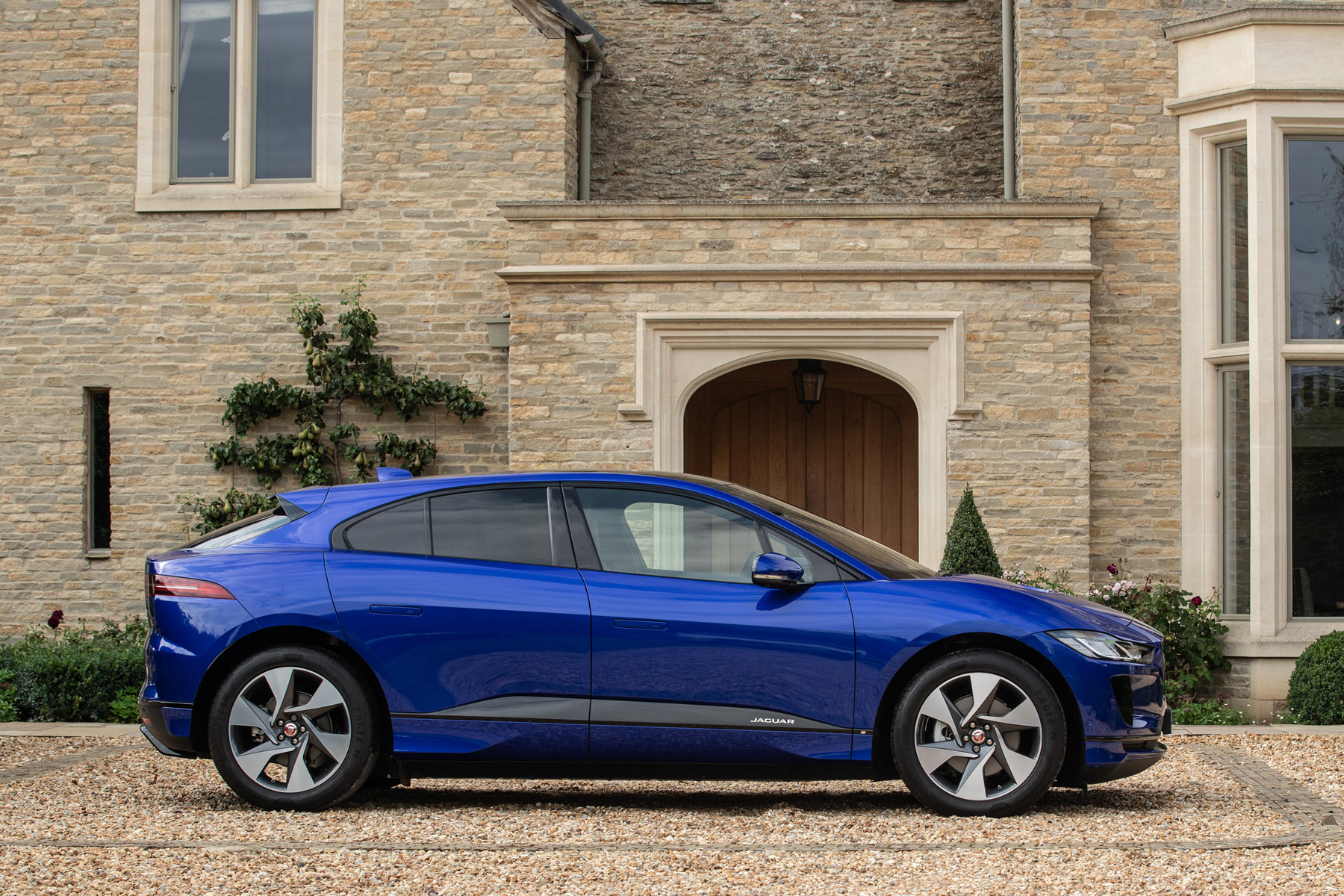 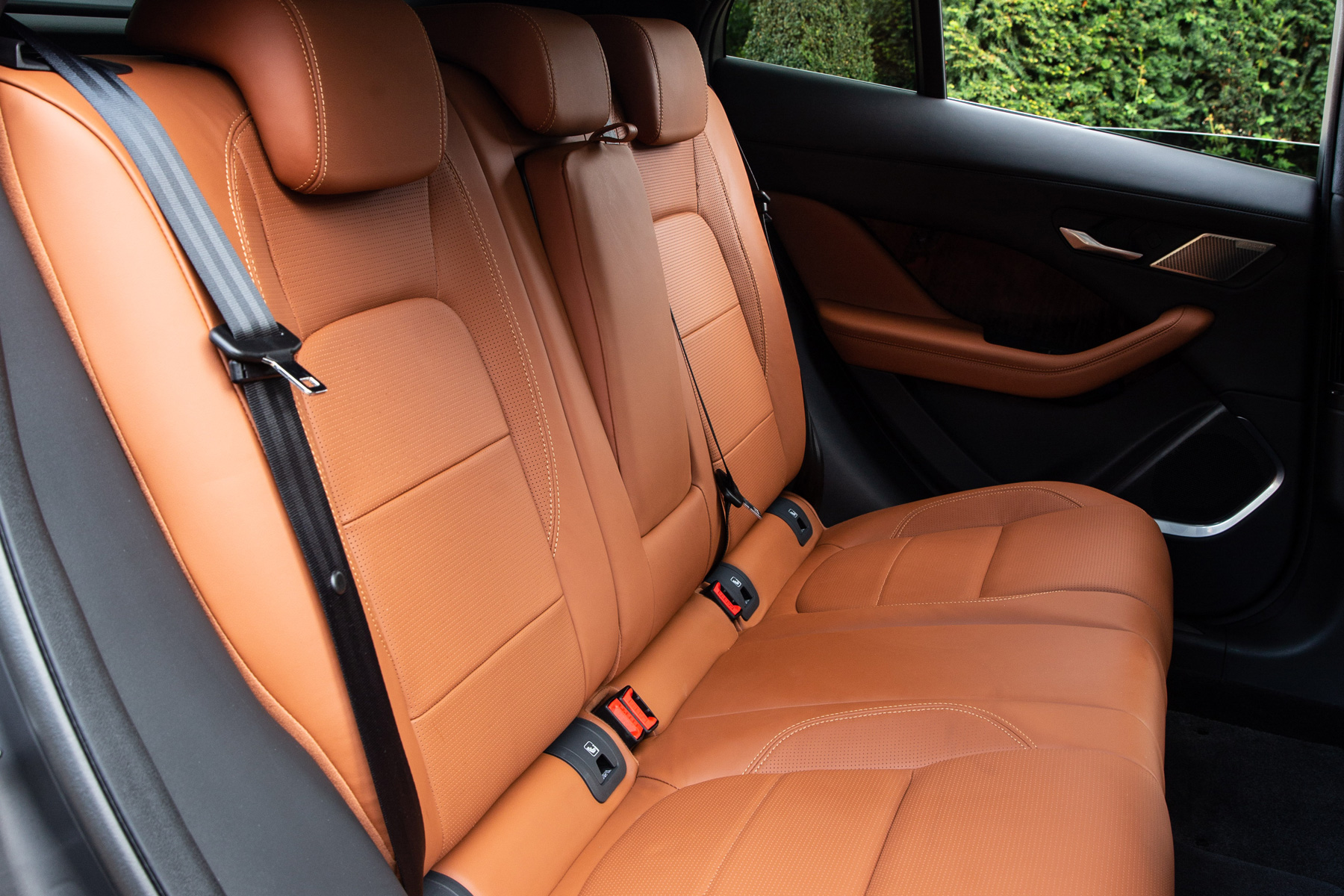 The I-Pace looks interesting in a weird and fascinating way. It’s certainly not a traditional Jaguar saloon, but neither is it an SUV or coupe in the accepted sense. It stands out in a crowd – surely a good thing – while never jarring the sensibilities.

There’s proper space for four adults, or five at a pinch, and the boot is huge. You can fold the rear seats to reveal massive cargo space, although the I-Pace will look out of place at the municipal dump. And just think how patiently you’ll have to answer all those questions as you queue to offload your rubbish. 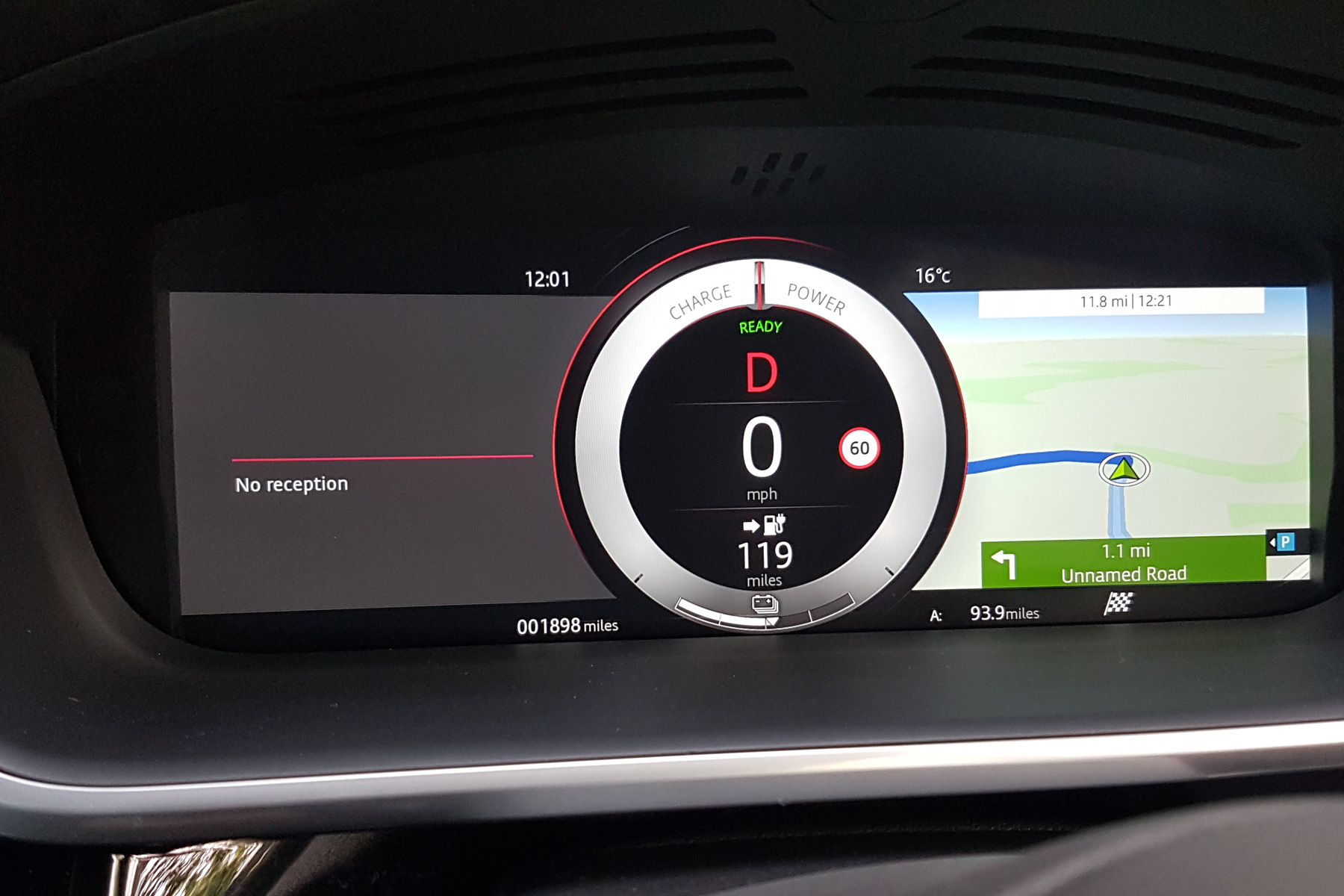 This is the bit you already know all about: the Jaguar I-Pace is fully electric. There’s a motor at the front driving the front wheels, and another at the back for the rear wheels. That means every I-Pace has four-wheel drive. The big battery pack sits beneath the floor.

This combination means there’s 400hp in total. To put that in context, it’s more than twice the power of a regular Jaguar E-Pace with a diesel engine, a bit more even than a standard Porsche 911. And the acceleration is the just like the 911, too. It needs just 4.5 seconds to reach 62mph, in a neck-snapping display that’s likely to dismay passengers as much as impress them. 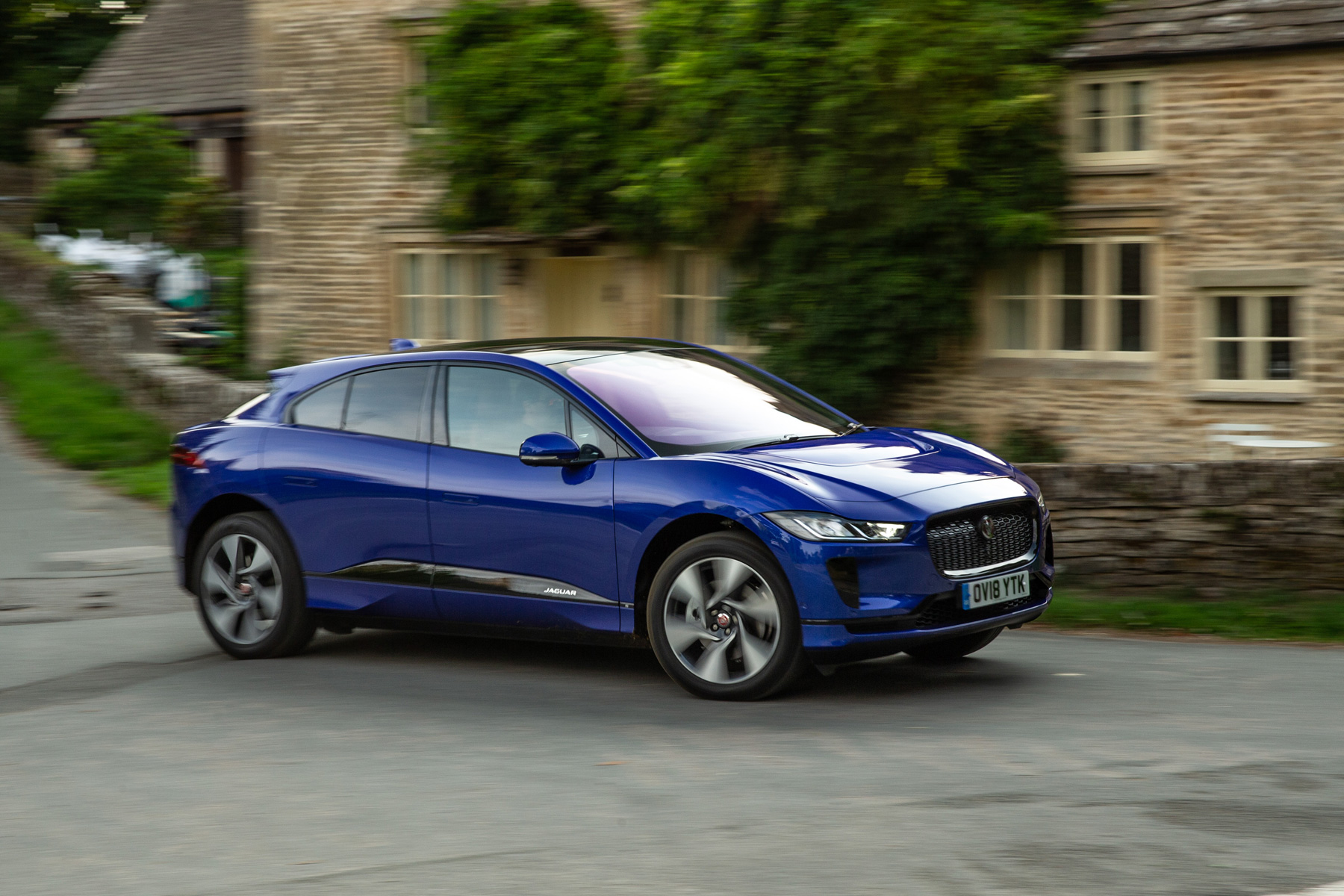 This party-trick performance is not something you’ll use a great deal, we suspect, if only because it saps power from the battery. But Jaguar has also made the I-Pace drive and handle like a sports car. Its driving position can be set suitably low, forward visibility is terrific and it corners with real enthusiasm. There’s nothing quite like it.

If you option massive wheels, which certainly look the part, you’ll also need the air suspension to soften the ride. However, the standard suspension is satisfactory on the regular-sized wheels and tyres.

‘Single pedal driving’ is the latest buzz-phrase in the world of electric cars. There’s no clutch pedal, of course – forward and reverse are selected at the touch of a button – and rest assured there is still a brake pedal. It’s just you might not need to use it, at least not much.

A kind of magic 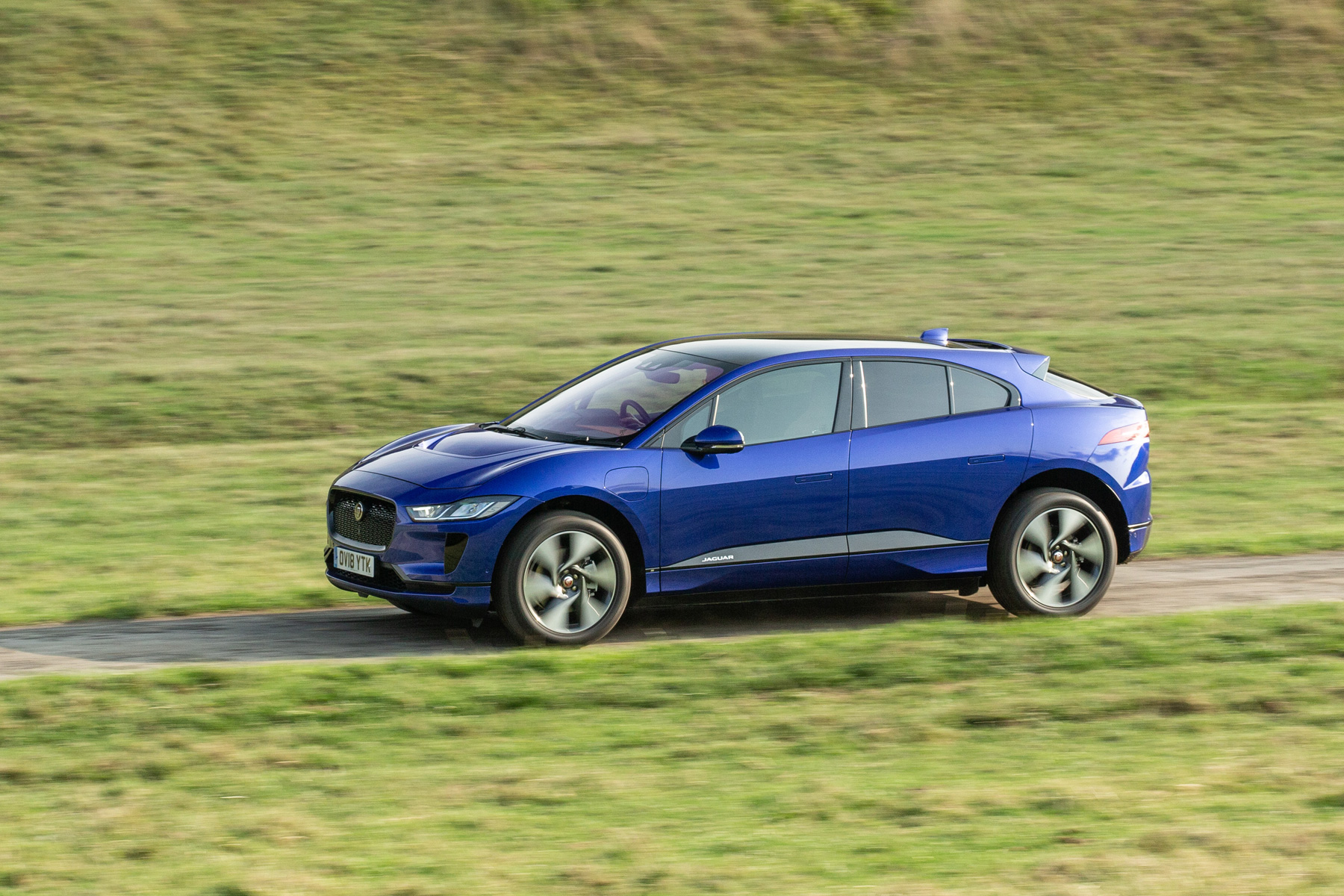 How? Well, when you take your foot off the accelerator, the electric motors work in reverse, becoming generators of electricity to recharge the battery. So powerful is that force, the I-Pace will slow effectively without brakes much of the time. In principle, it’s a good idea, and Jaguar says that on a hilly road it’s possible to gain as much as 70% of the energy you used going uphill through regenerative braking on the way down. A bit of magic, then.

You need to learn a new style of driving the make the most of this, though, easing off the throttle gently to avoid over-enthusiastic slowing, which can bring on a sense of motion sickness. You can also switch the regenerative braking off, so the I-Pace simply coasts like a regular car. I found this much more relaxing.

It’s a given that electric cars are quiet, and this Jaguar is as good as any in this respect. When you remove the sound of an engine, other areas come into focus, like tyre and wind noise, but the I-Pace addresses those well. And if you really must, the road speed can be linked to a sound generator that pumps the sound of a petrol engine though the loudspeakers…

Elephant in the room 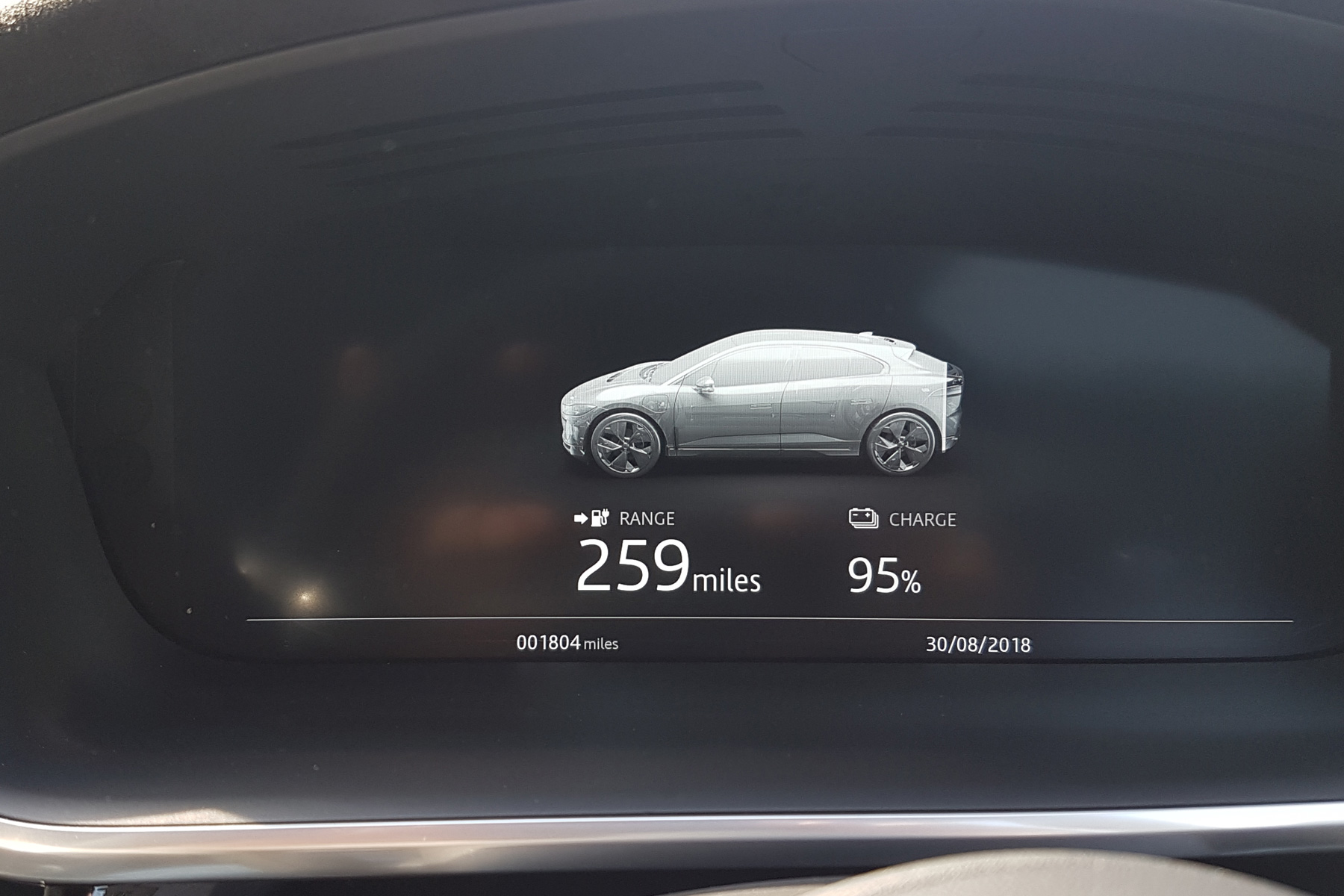 The elephant in the room, the question everyone will ask you almost immediately, is how far can travel on a “tank of electricity”? Honestly, I’d doubt you’d get beyond 200 miles before your courage ran out and you dived in for a top-up. The official figure is 292 miles, while Jaguar spokespeople unofficially talk around the 240-miles mark.

My experience over a day in the Cotswolds and Herefordshire was that, however I drove, the available range on the trip computer was falling faster than I was covering ground. Not badly, but significantly. 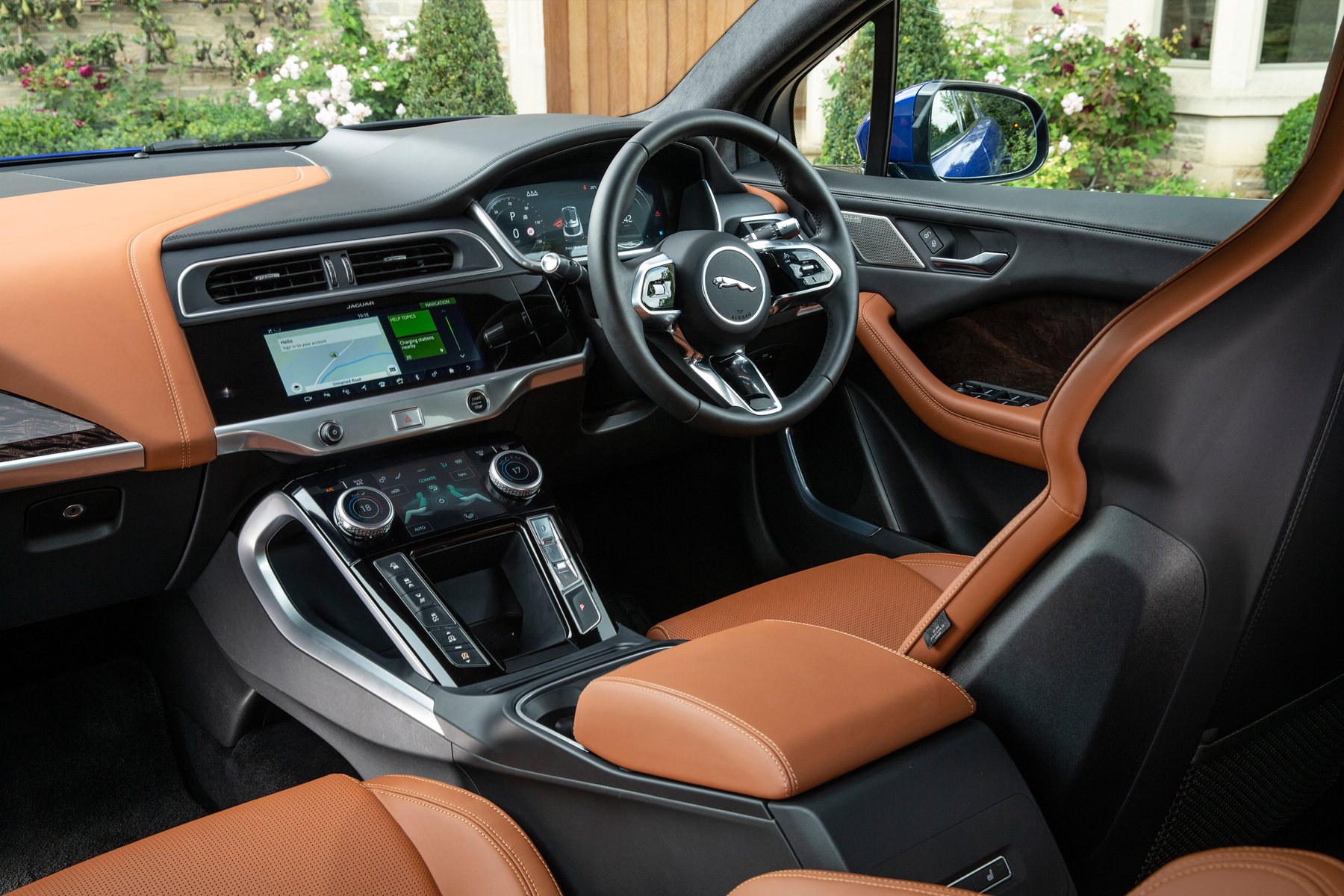 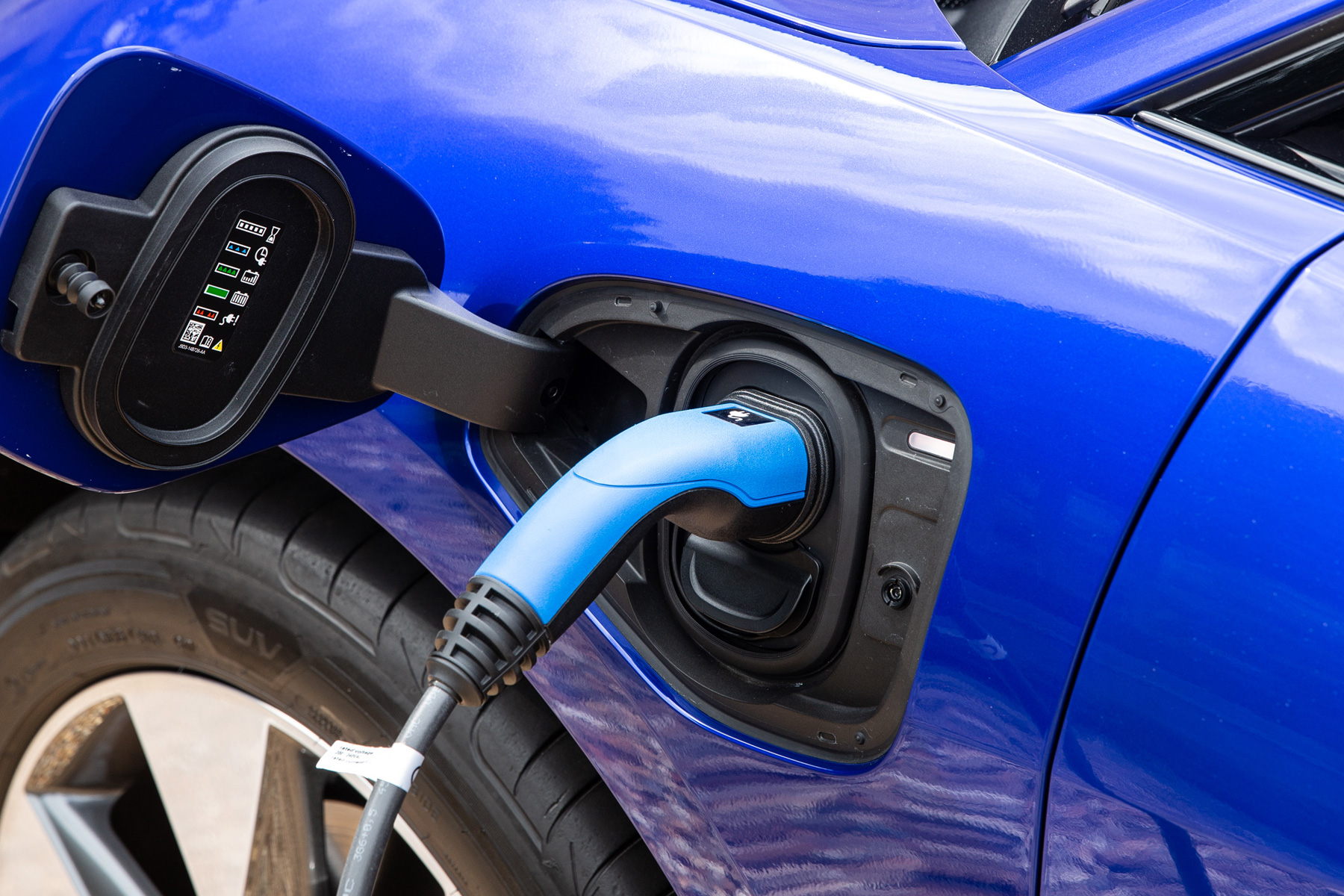 Hard truth: every electric car is like this. I expect it really is possible to travel 240 miles in a fully charged I-Pace, but only if you drive in a wholly sympathetic manner. It just seems slightly perverse reverting to driving a 400hp sporting Jaguar like you would a Toyota Prius, solely in order to maximise the range.

Recharging takes 13 hours at home with a wall box, while a roadside charging point will give you 80 percent in 85 minutes, or 62 miles in just 15 minutes. That’s with the current generation of 50kW fast chargers. With the new 100kW chargers, zero to 80 percent takes just 40 minutes. Note that you can’t use Tesla Superchargers for the I-Pace. 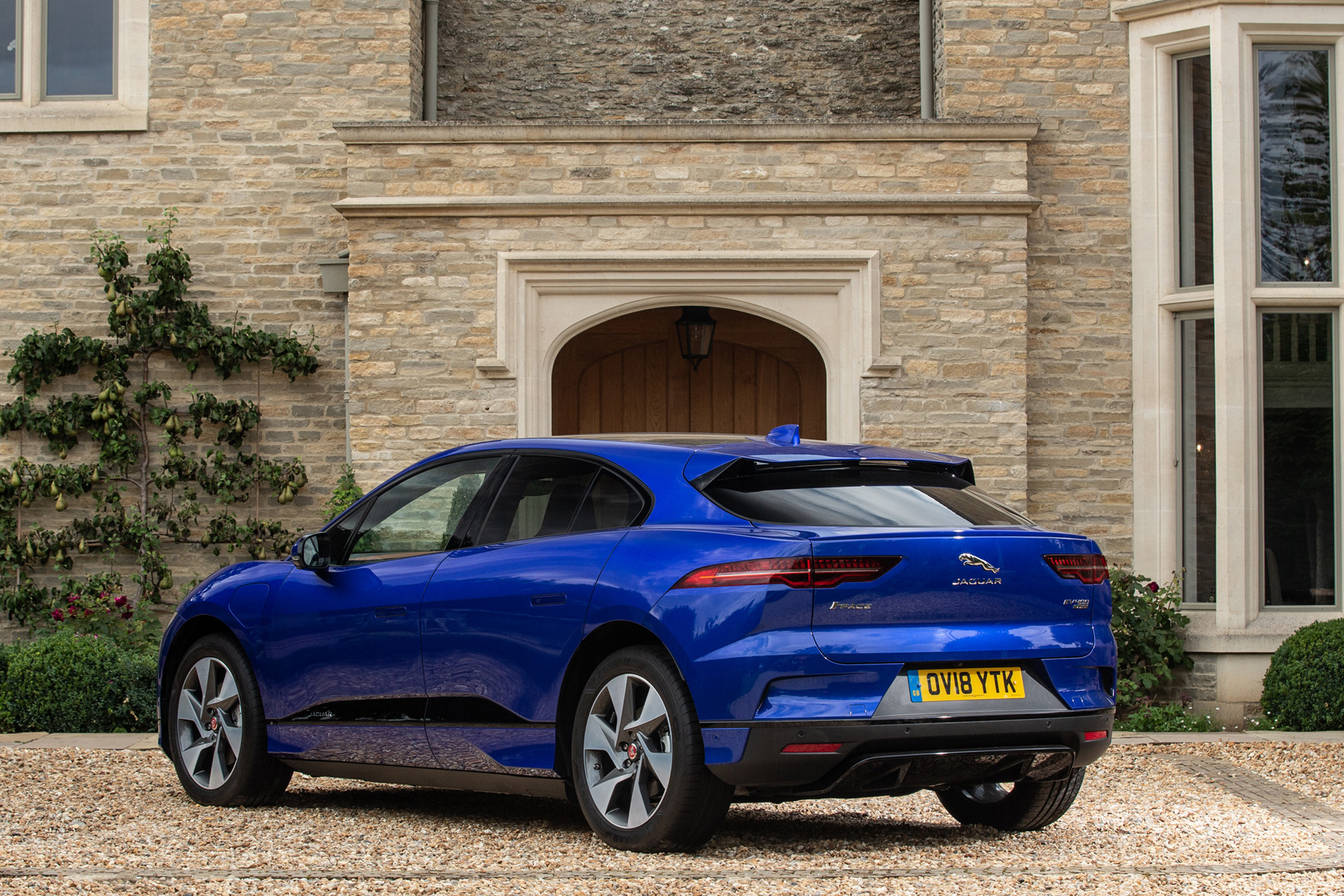 This was much, much better than I anticipated. The Jaguar I-Pace instantly feels like the real deal. With stand-out styling, a beautifully finished interior and a thorough engineering package, it’s a very impressive machine.

Caveats? The usual electric-car proviso about how far you’ll get before recharging, which will vary greatly depending upon your driving style. Also, Jaguar has never hit the high spots when it comes to reliability and, as electric cars are a brand new direction for the company, I’d hang back a bit to see how the I-Pace pans out for other owners. 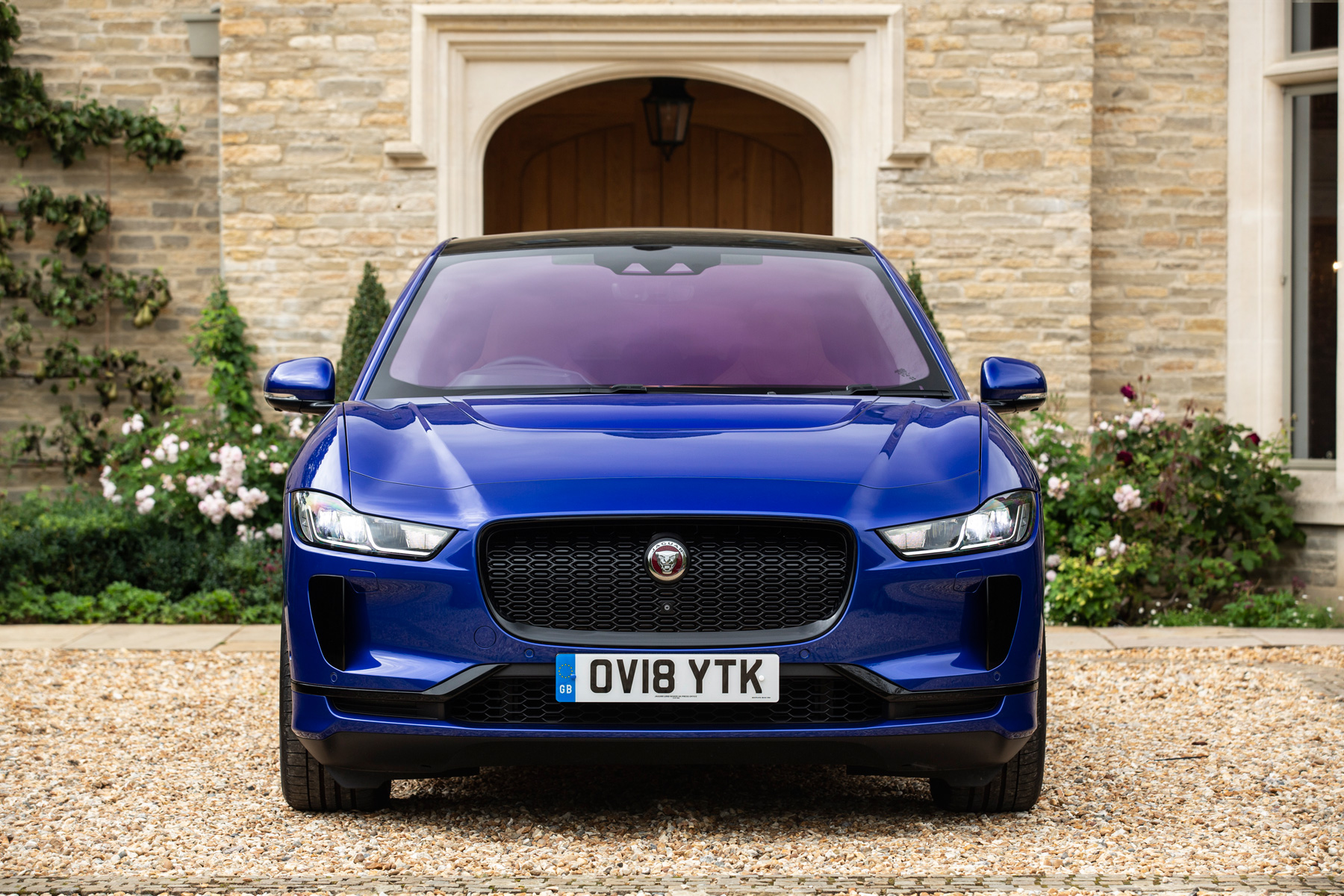