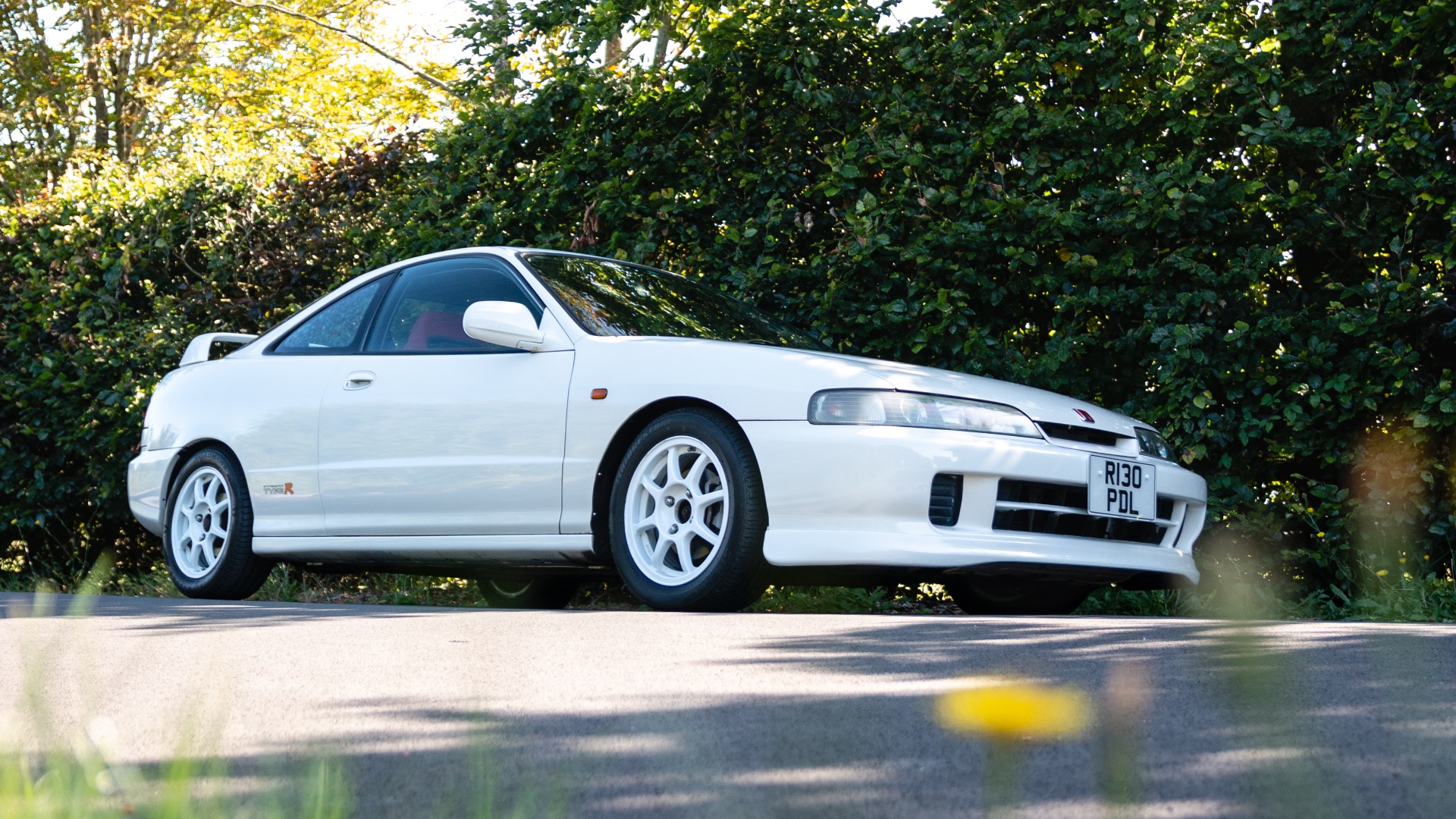 The Japanese have a flair for combining flavours that shouldn’t work together, but do. Visiting the Tokyo Motor Show a few years ago, my culinary adventures included popcorn with soy sauce, coal-infused ice cream and cola with eel extract. As someone who’d considered a Yo! Sushi restaurant exotic, it was a steep learning curve.

Honda assembled an equally unlikely mix of ingredients back in 1998. With front-wheel drive, a peaky naturally-aspirated engine, a manual gearbox and no luxuries – not to mention oddball looks and a non-premium badge – the original Integra Type R was the antithesis of most modern coupes. Yet rarely has a recipe felt so right.

This was the second Honda to wear the fabled red ‘H’, following the NSX R of 1992. Despite rave reviews – CAR magazine called it ‘possibly the best front-driver of all’, while EVO dispensed with the ‘possibly’ – only 500 were allocated to UK dealers. This led to an influx of unofficial ‘grey’ imports from Japan, including the car seen here, owned by Nick Bailey. According to website How Many Left, it’s one of 831 currently taxed. 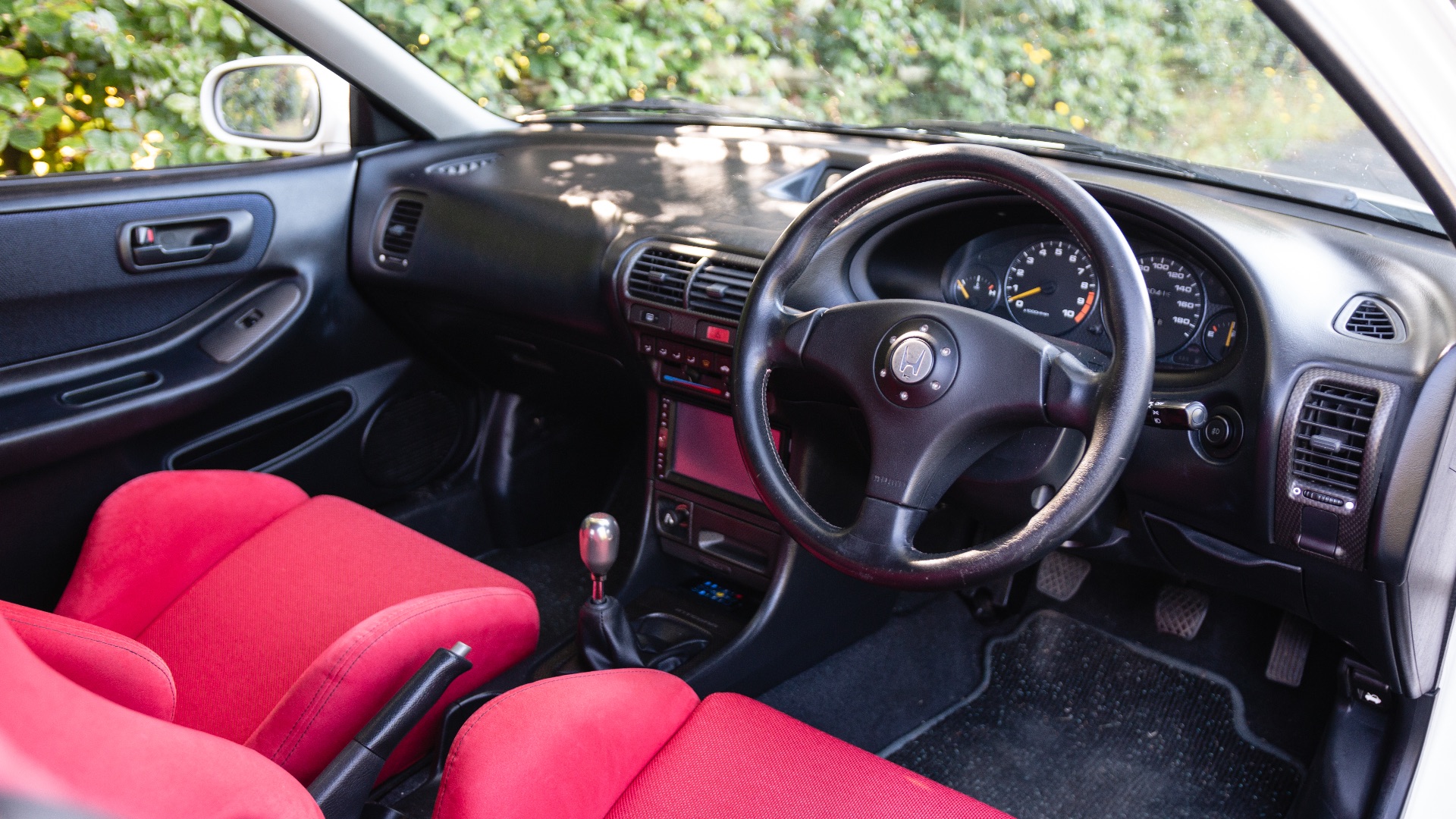 The Integra still looks like the class nerd at sports day, its narrow body and humble 15-inch alloys contrast with Manga-style stickers and a racy rear wing. Inside, Honda binned most of the sound deadening to cut kilos, also fitting threadbare carpets and a thinner windscreen. Air conditioning and a CD player were relegated to the options list. It feels almost brutally basic, but the titanium gear knob and hip-hugging red Recaros – which fast became a Type R trademark – hint at something special.

As does a rev counter redlined at 8,400rpm. The 1.8-litre four was hand-built, modified with new pistons, lightened con rods, a wider throttle body and tubular manifolds. Peak power of 190hp comes at a frenetic 8,000rpm, propelling the dainty 1,125kg coupe to 60mph in 6.7 seconds and 145mph – on par with a contemporary hot hatch. However, figures don’t tell the whole story. 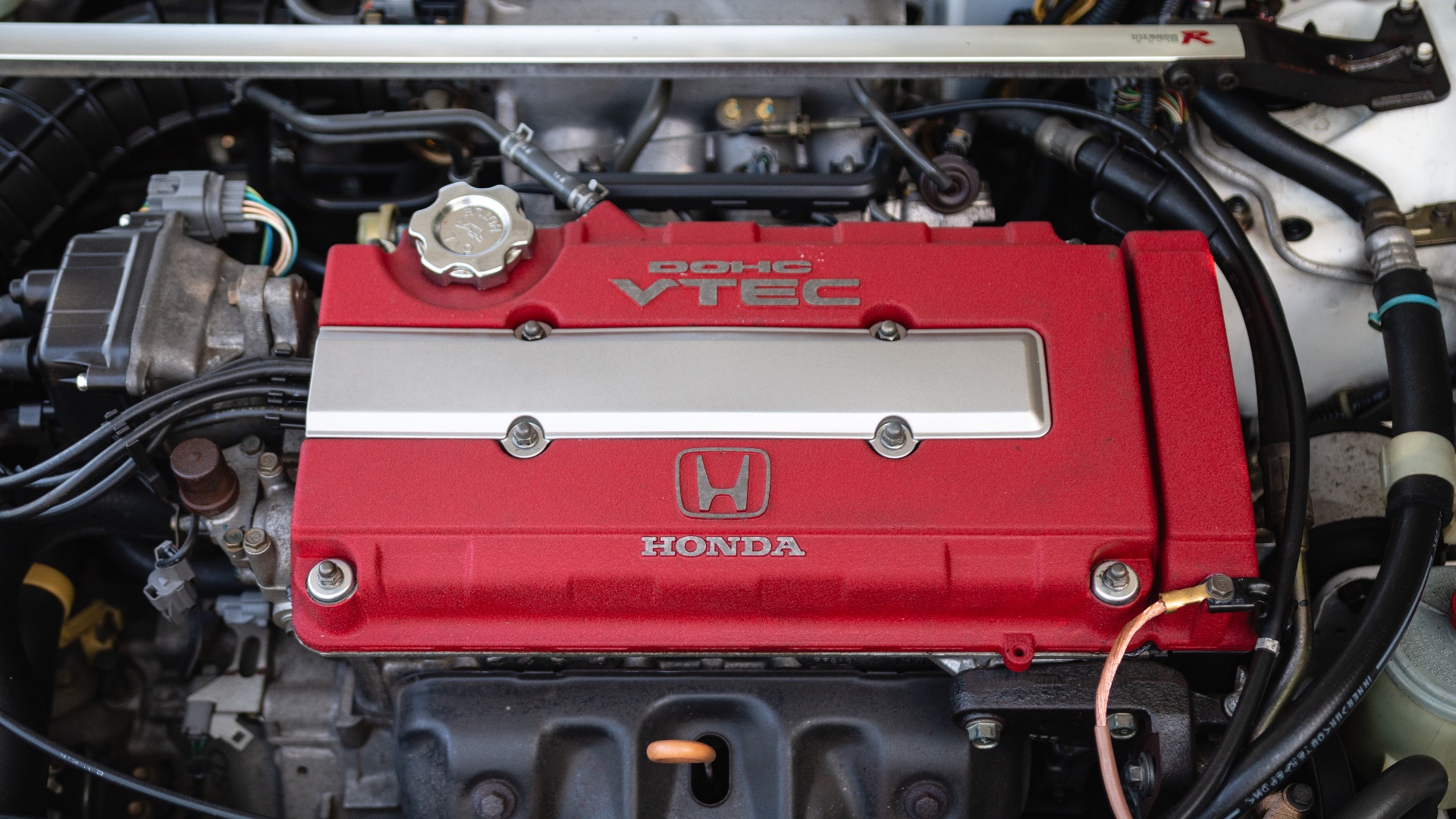 Up to 5,800rpm, the engine feels muted, even a bit gutless. Then Honda’s VTEC variable valve timing switches to a spikier cam profile and, with a feral snarl, all pretence of civility is shredded. The Integra reacts like it has swallowed a spoonful of wasabi: intense and totally wired. Some people – my Honda Jazz-driving mum, for example – could spend months pottering about and never unearth this split personality. But once you’ve savoured its spicier side, there’s no going back.

The Integra’s handling was also a high watermark. Many front-wheel-drive cars scrabble for traction and lose composure at the limit. This one holds its line like a whipped politician on Newsnight. A stiffer, spot-welded chassis expunges any sense of inertia and the limited-slip diff wrenches it around corners with gleeful exuberance and tenacious grip. From the lucid steering to the slick gearshift, every control feels carefully calibrated and brimful of tactility. The result is a richly rewarding driver’s car, even outside the VTEC zone. 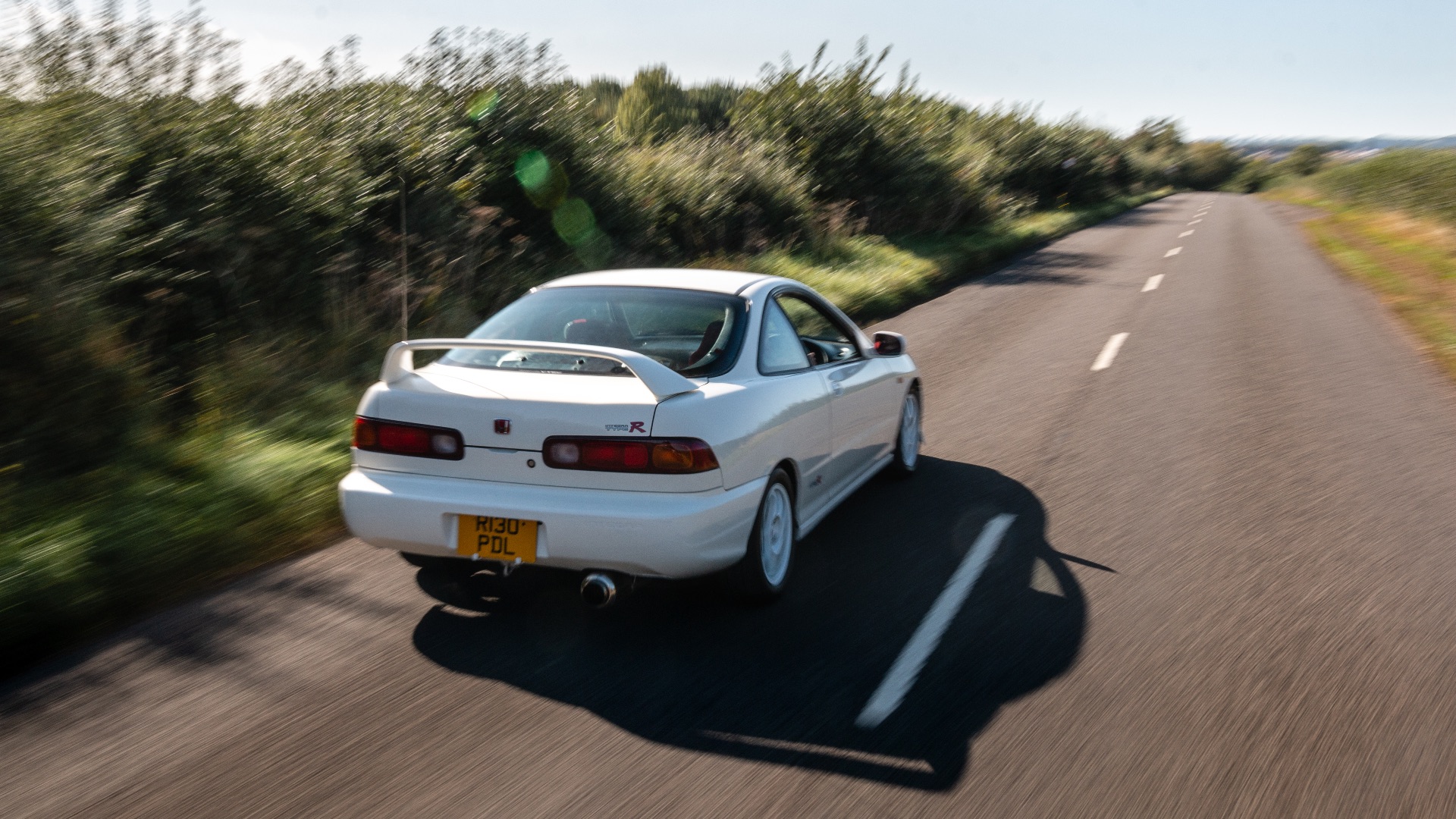 A legend in its own lifetime, the Honda has since become a veritable modern classic. The best examples already cost well into five figures and are likely to appreciate further. You can tell UK and Japanese (JDM) cars apart by their headlights – twin round lamps for the former, oblong-shaped for the latter – but don’t get hung up on detail differences. Focus simply on finding the most original and rust-free car you can.

Like strange and exotic Japanese food, the Type R leaves a lasting impression. It’s rightly hailed as one of the greats: a car greater than the sum of its ingredients. I’ve been scouring the classifieds ever since.