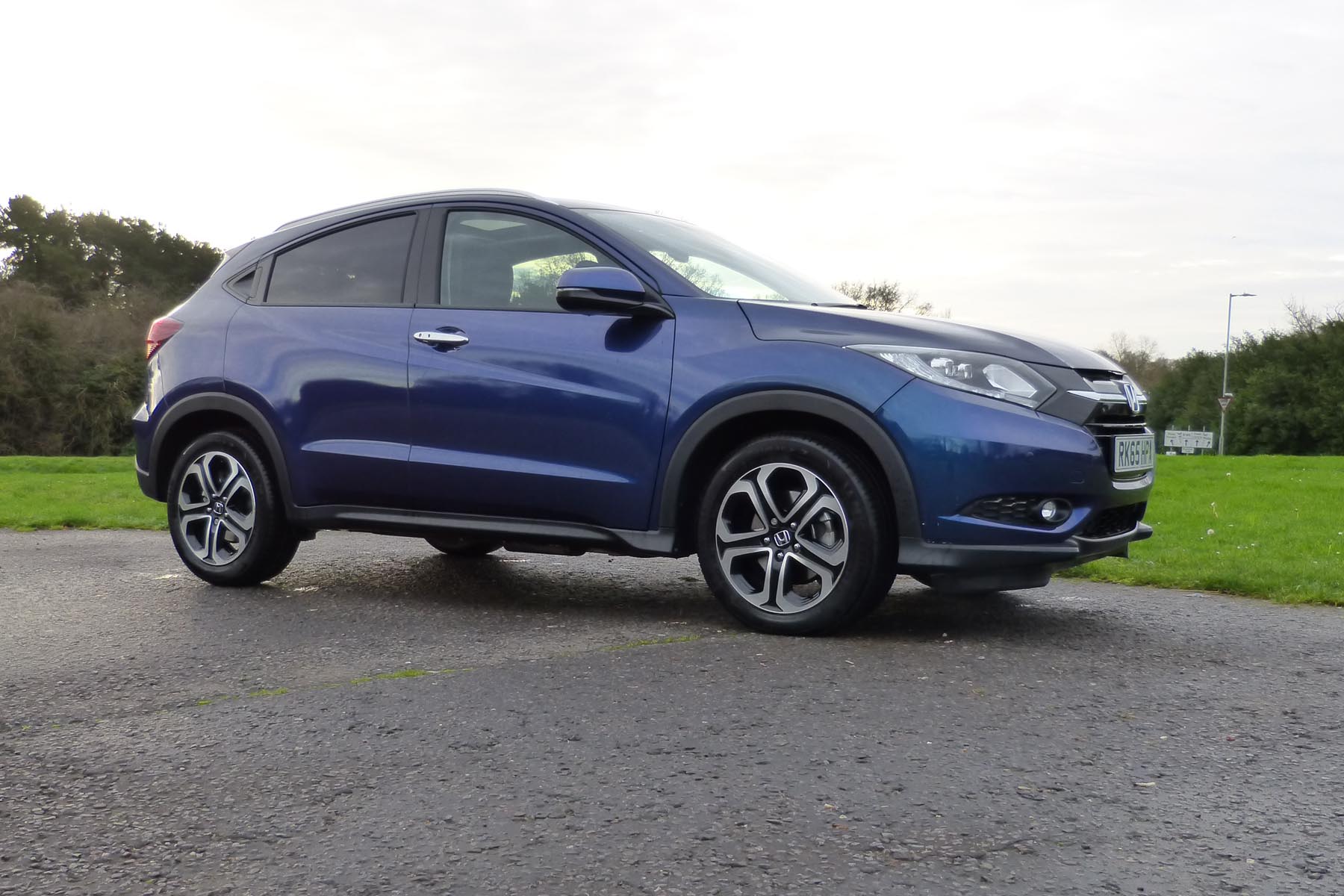 Two interesting missives relating to the Honda arrived in February. The first was that Automotive Management magazine had voted the HR-V its 2016 New Car of the Year. The accolade commended the “coupe-like looks, impressive practicality, efficient engines and keen pricing”.

I am not surprised. The ever-popular crossover sector of the new car market seems to have no limit to its growth, and Honda’s canny entry – sitting below its cavernous CR-V – hits the nail on the head for those looking for something a bit more compact.

The big deal, as I have already found out, is the impressive interior volume, which means there’s little loss of space compared with many outwardly larger rivals.

I also spoke to another journalist who is running an identical HR-V for a number of months. She commented on her disappointment with the fuel economy. That surprised me because that same day, driving 60 miles to Farnborough airport, the trip computer told me I had achieved 70mpg through the steady but slow roadworks that blighted the journey.

But I hadn’t carried out a proper tank-to-tank measurement for some time so I checked that a day later. Sure enough, it was still firmly in the 55-60mpg range over a full tank, although that was a few mpg less than the computer claimed. But I’ll forgive it, as the difference was less than 5%.

The second notification was from Honda, directing me to the review site ‘Reevoo’. Here, more than 350 owners of HR-Vs had posted their opinions of ownership and it made for fascinating reading. What they love are the ‘Magic’ rear seats that flip up or down to vary cargo space as you choose, along with the space, high driving position and easy driving nature.

Apart from the seats, these characteristics are what you’d expect in most crossovers and SUVs, but it does seem that Honda has gone a bit further than most in raising the bar.

Perhaps too far in some areas. Many of these owners reflect my view that the satellite-navigation-cum-media-centre is wilfully overcomplicated. Also, they note that there’s not enough oddment stowage space within reach of the driver, the tailgate doesn’t open high enough, and a fair few bemoan the fact that there is no spare wheel (which, of course, helps boost boot space).

I can understand these viewpoints, but despite the moans the HR-V gets some very strong overall ratings on Reevoo, something I find hard to argue with. Still, I do wish that I could get my Samsung phone fully linked in so I could make use of the ‘Aha app integration’. I am very curious to know just what this does.

Time for a trip to a Honda dealer, I reckon. Because, like HR-V owners, I find the handbook is simply too large and impenetrable.