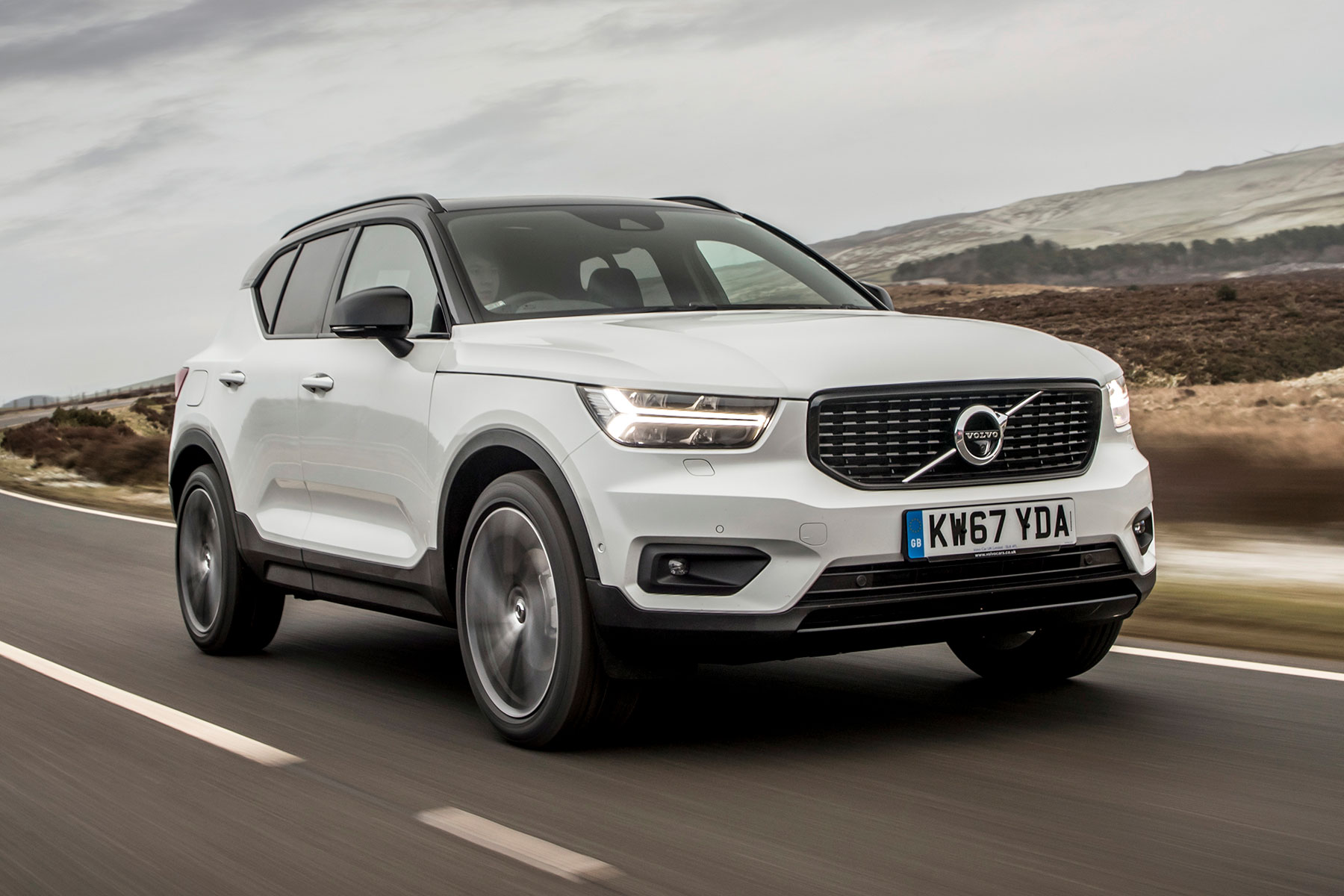 The XC40 is a good car. That’s a given. A very worthy magazine has already handed the new Volvo its Car of the Year trophy and, more to the point, MR’s very own Andrew Brady awarded it five stars. Cards on the table, if we were shopping for a compact SUV with a premium twist, this is what we’d go for. So, let’s assume that you want one. Here’s all the essential buying info you need.

We’ve also put together a brief video with the XC40 and its big brother, the XC60. Click below to see how they compare for performance, fuel economy, size and price.

Which engine should I go for? 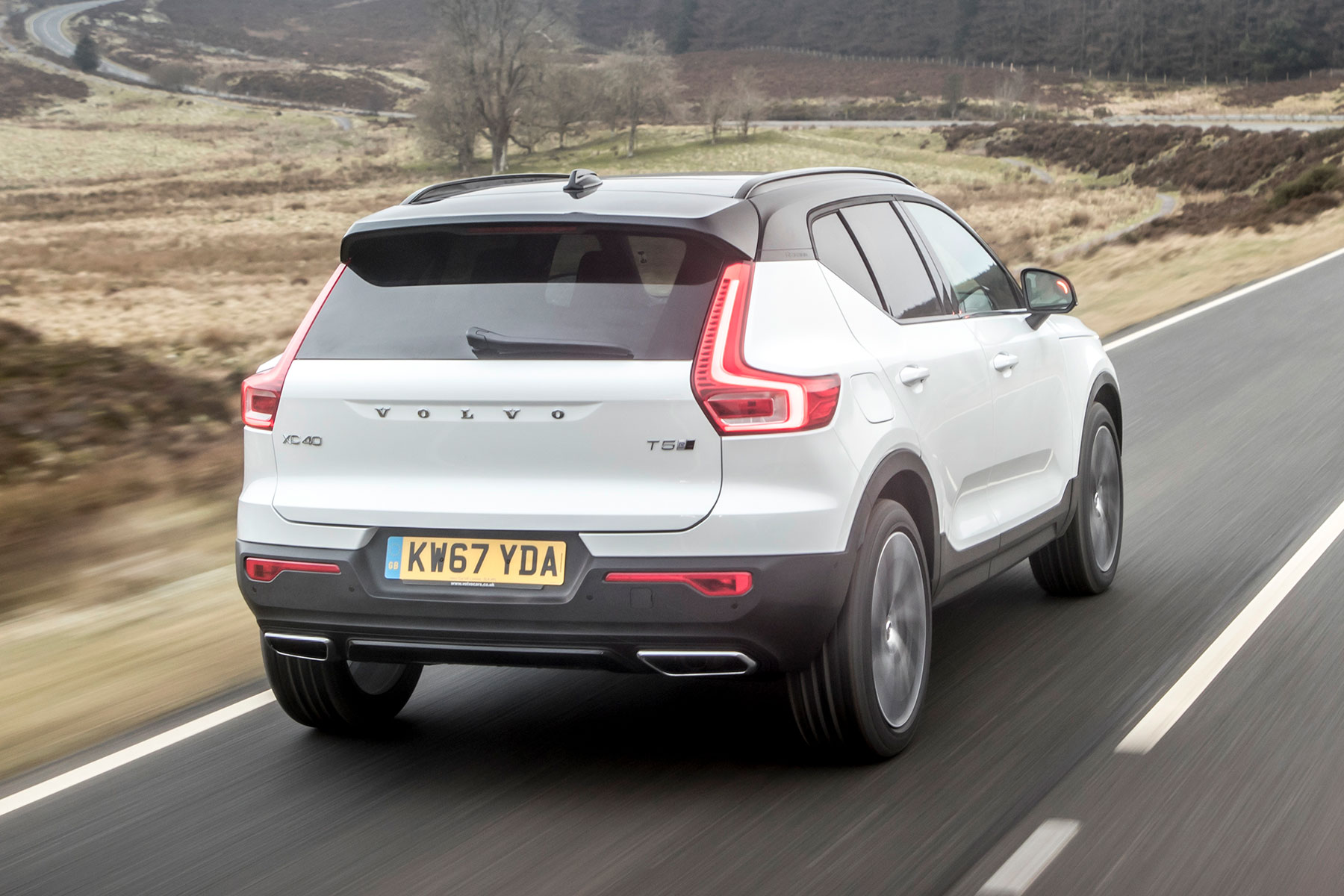 Despite the hysterical headlines, diesel still makes plenty of sense for SUVs – particularly for higher-mileage drivers. Volvo expects 60% of buyers to choose the D3 diesel and it’s also our pick of the range – chiefly thanks to 58.9mpg fuel economy and CO2 emissions of 127g/km (£160 first-year car tax) in 2WD guise. For reference, the 4WD-only D4 manages 56.5mpg and 131g/km (£200 first-year car tax).

If you prefer petrol, the forthcoming three-cylinder T3 may be worth a look, although claimed economy of 42.8mpg is scarcely better than the T4 (40.9mpg) or T5 (39.8mpg). We’d wait for the hybrid petrol/electric version, due in 2019. A fully-electric XC40 EV is in development, too.

For early adopters buying an XC40 First Edition – the initial batch of cars for the UK – choice is limited to the range-topping D4 or T5.

Do I need four-wheel drive? 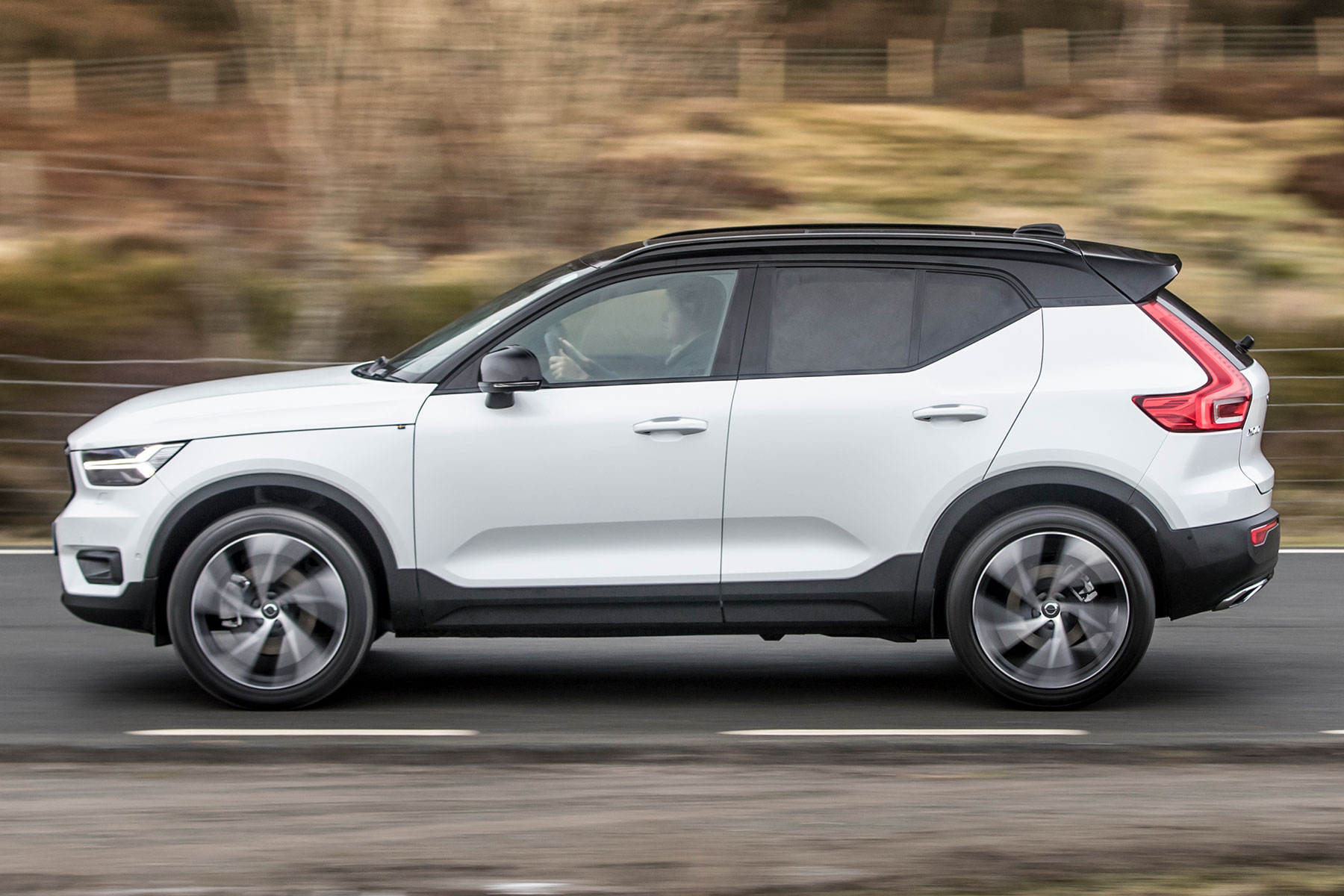 The short answer here is ‘probably not’. Unless you live in Snowdonia or the Scottish Highlands, 4WD is rarely necessary in the UK. But your choice of front- or four-wheel drive is largely governed by which engine you go for.

Indeed, the D3 diesel is the only engine offered with both. The D3 FWD returns 58.9mpg, while the D3 4WD manages just 52.3mpg (both figures based on a manual gearbox) – so there’s a significant penalty for that enhanced all-weather traction. The entry-level T3 petrol is FWD-only, while the D4, T4 and T5 are only available with 4WD.

Likewise, the D3 is the only XC40 that can be ordered with a manual or automatic gearbox. The T3 is manual-only, and the D4, T4 and T5 are auto-only. Choosing an auto ‘box for the D3 has a 2-3mpg impact on fuel economy. However, automatic versions are nicer to drive, so we’d take the hit and go for the self-shifter.

Talk to me about trim levels 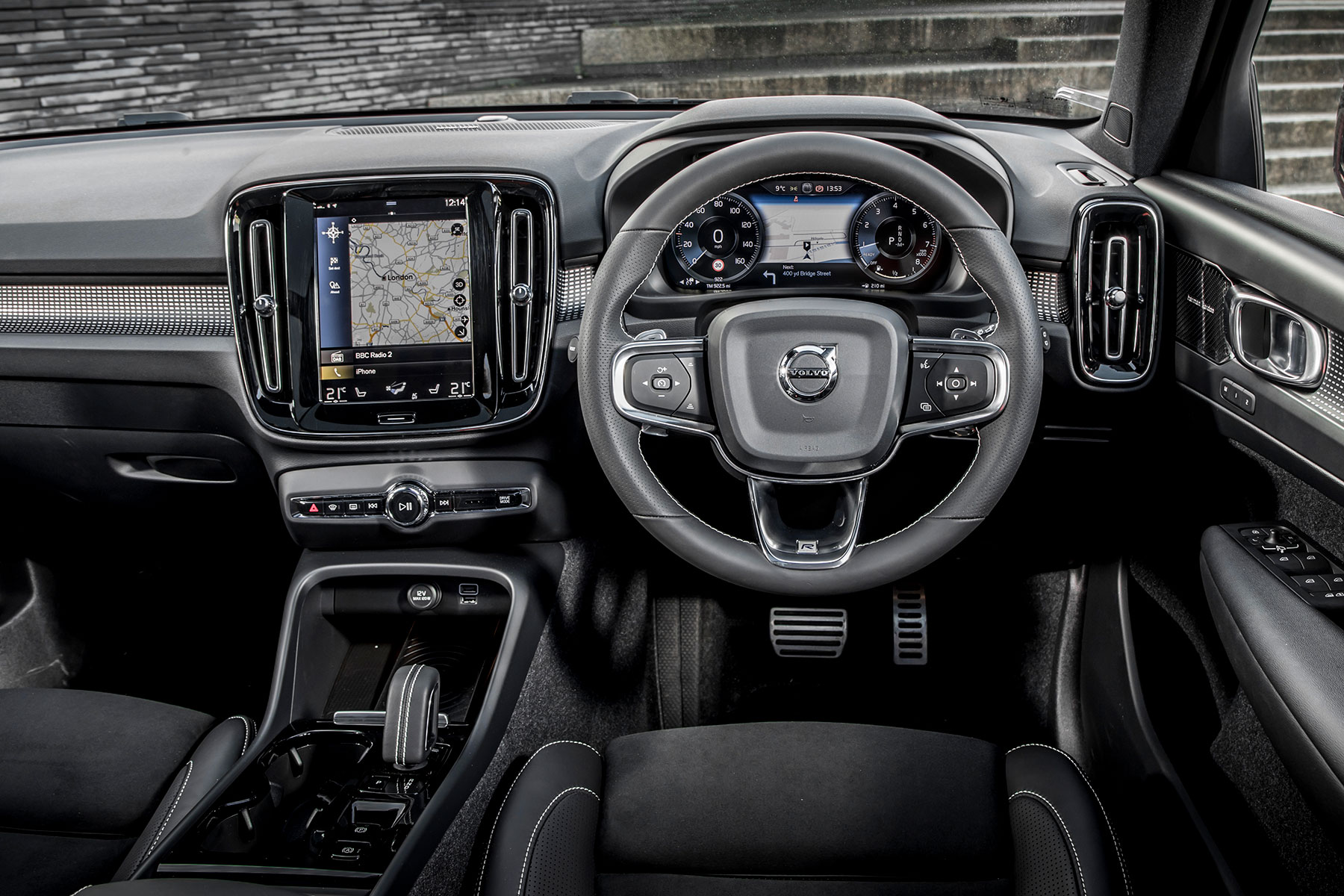 R-Design offers a more ‘dynamic’ look and – sports suspension aside – the changes are essentially cosmetic. There’s a black roof, plenty of gloss-black detailing and dual exhaust pipes. Going for the Pro version adds the same equipment as for Momentum, but with 20-inch alloy wheels.

We reckon Momentum Pro is the sweet-spot of the range (the heated seats and screen are invaluable in winter), although we’d understand if you were swayed by the sportier style of R-Design. Avoid the 20-inch alloys, though: they do ride comfort no favours.

Which optional extras are worth having? 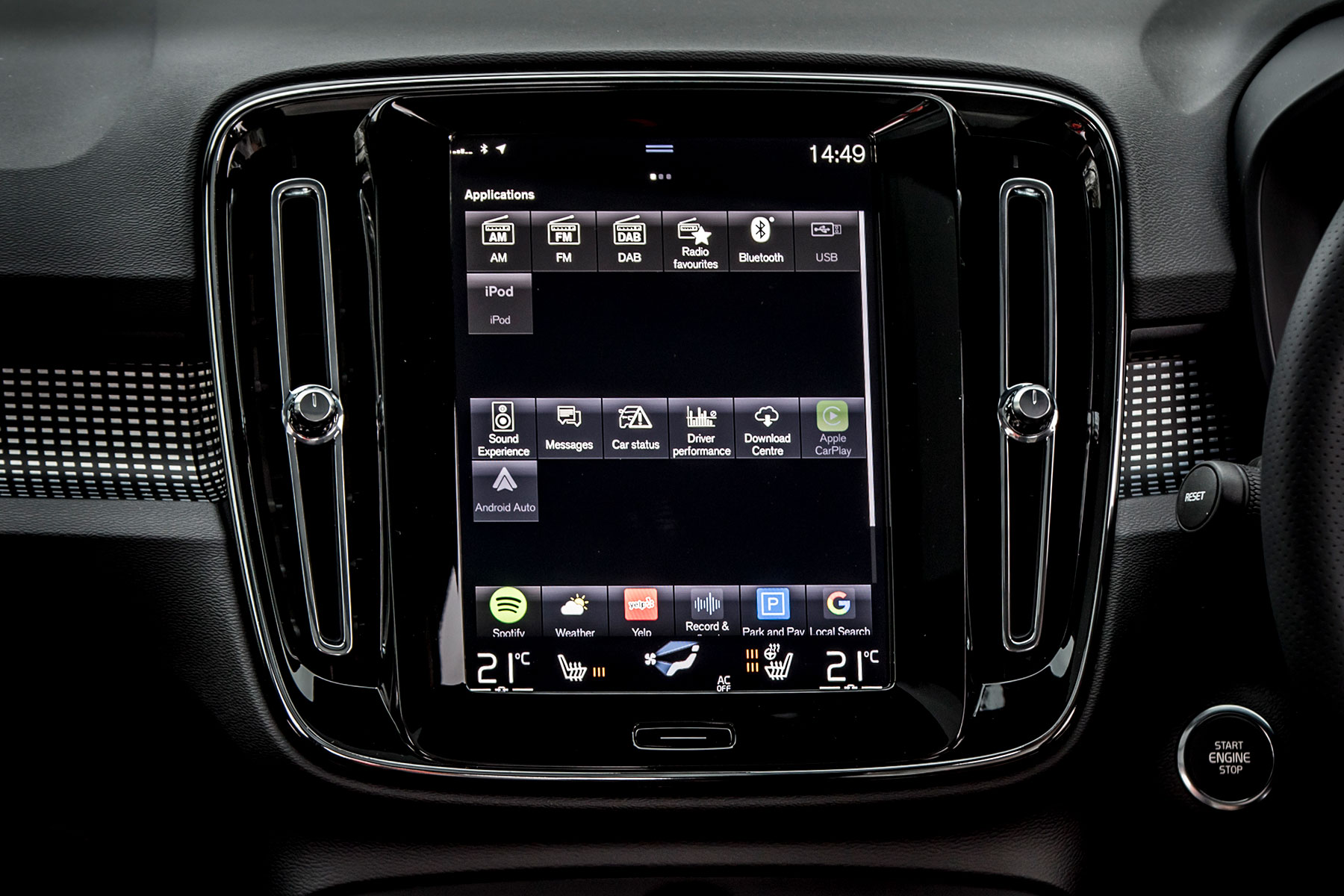 Many XC40 extras are grouped together into option packs, which offer better value for money than specifying items separately.

The one we’d consider essential is the Intellisafe Pro pack (£1,400), which adds adaptive cruise control with Pilot Assist self-steering to keep you in lane, blind-spot warnings in the door mirrors and Cross-Traffic Alert. The latter can detect cars approaching at a perpendicular angle (e.g. in a car park) and hit the brakes. The XC40 is already a safe car, but this suite of features makes it even safer.

If you haven’t upgraded to Pro spec, the Winter pack (£500) adds heated front seats, a heated windscreen and headlight washers, while the Convenience pack (£350) includes family-friendly features such as a flexible boot floor and power-folding rear seats.

The other options worth having are smartphone integration for Apple Carplay and Android Auto (£300) and power child locks (£85). If funds allowed, we’d also stretch to the excellent 13-speaker Harman Kardon sound system (£550) and one of Volvo’s very stylish roof boxes (from £530). Oh – and Lava Orange carpets, please (£175). Just us?

How much does a new XC40 cost? 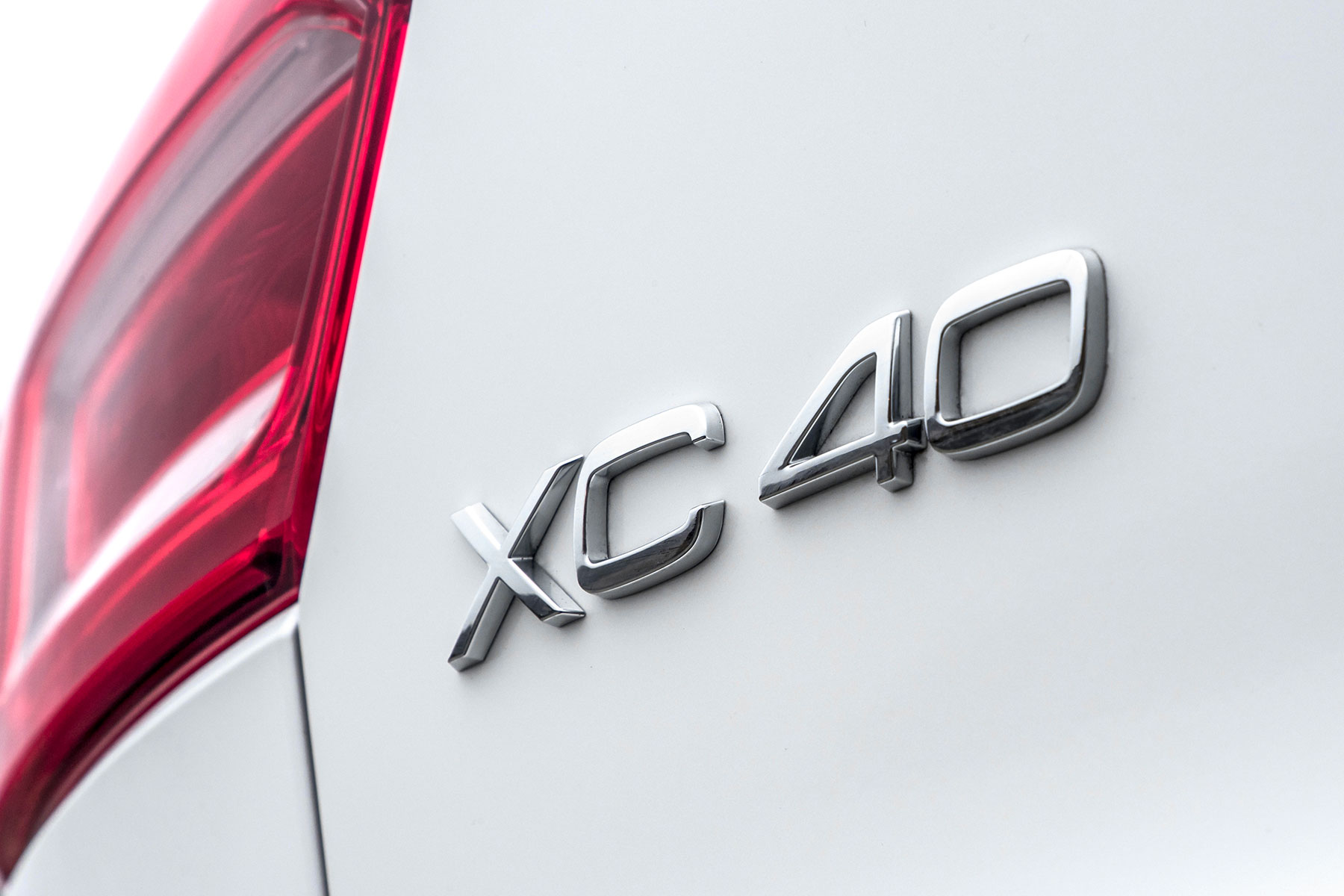 The XC40 is on sale now, with deliveries expected in March 2018 for First Edition cars and May 2018 for the rest of the range.

At the opposite end of the scale, the D4 and T5 First Editions are £39,305 and £40,055 respectively. Expect these models to be highly sought-after when they hit the second-hand market.

What about finance payment options? 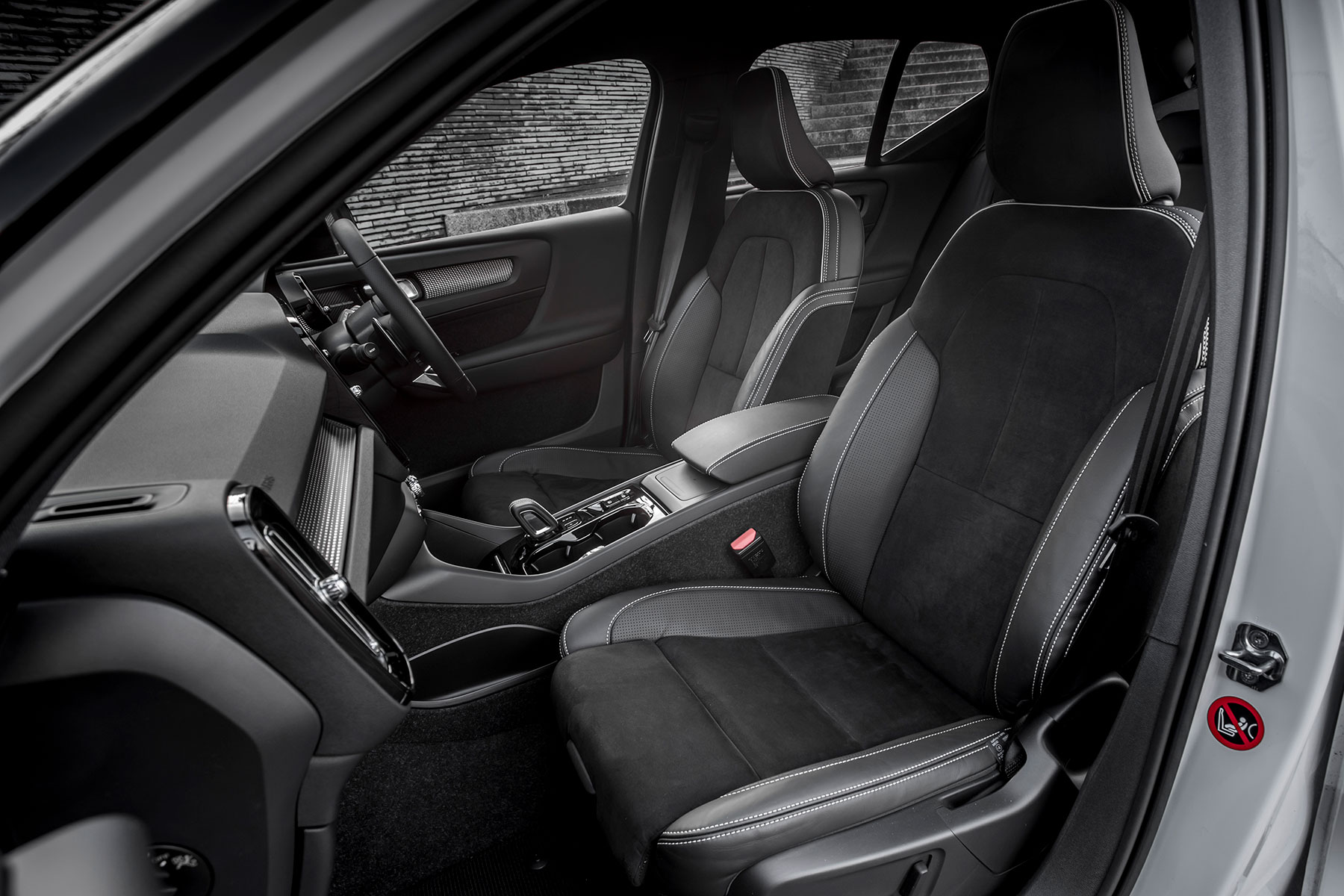 Strong demand means that, unfortunately, you shouldn’t expect a big discount on a new XC40. On the plus side, the Volvo outperforms its German rivals for predicted resale values, which should equate to competitive finance and leasing deals – at least once the mainstream models arrive.

If you live within the M25, you could also consider the new Care by Volvo package. This bundles up use of the car, insurance, maintenance, breakdown cover, a concierge service and access to another Volvo for 14 days a year – everything apart from fuel, essentially. It’s not cheap, at £779 a month for a D4 or T5 First Edition, but promises to be hassle-free. Volvo plans to roll the scheme out nationwide eventually.

Any rival cars that I should also consider? 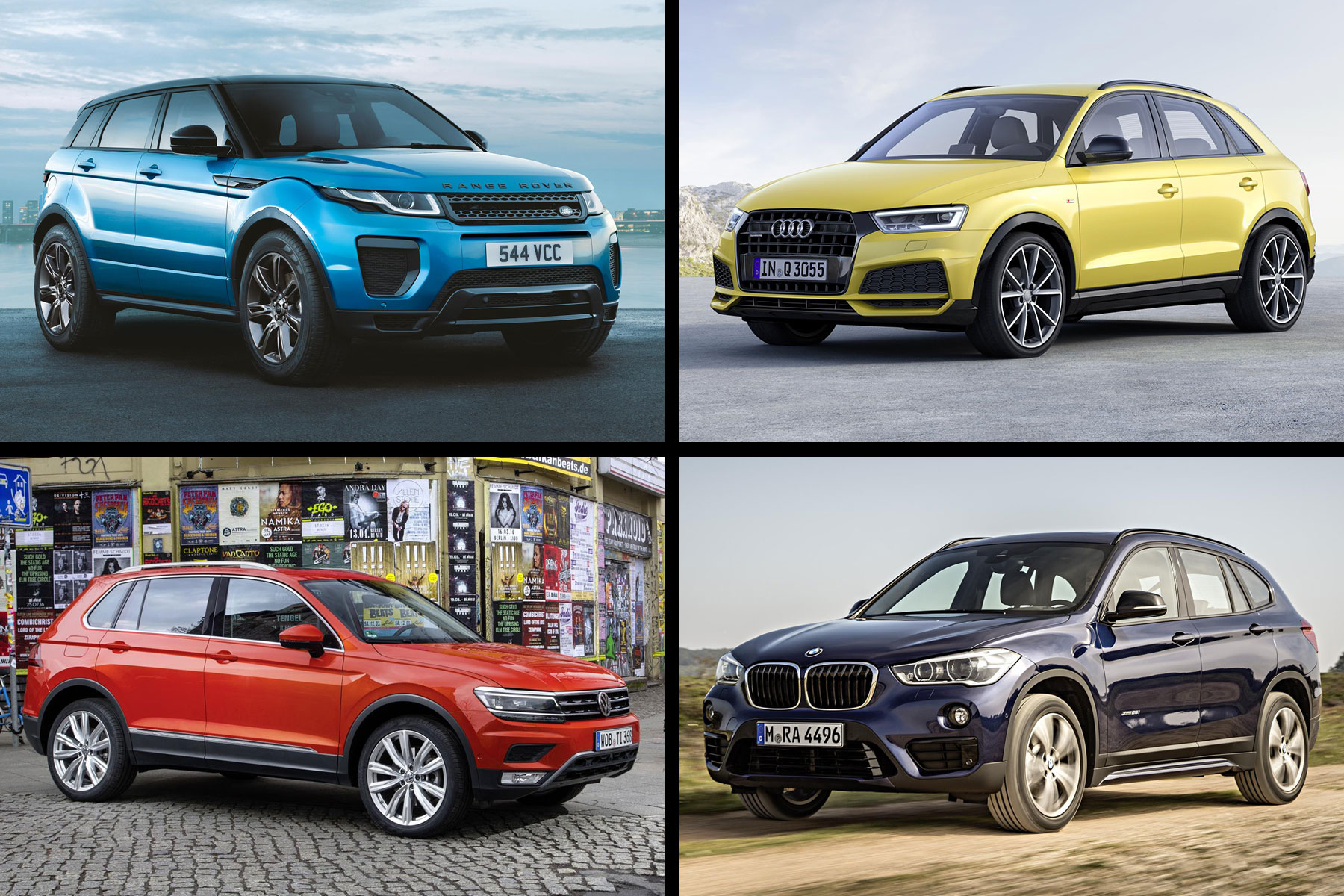 The world has gone mad for small SUVs, so Volvo’s first entrant into this sector faces plenty of rivals.

The Range Rover Evoque is the best-seller, but feeling its age now (a new Evoque arrives in 2019). There are question marks over Land Rover reliability, too. Audi’s Q3 is also looking old, especially alongside the recently updated BMW X1 and Volkswagen Tiguan. The BMW wins for driver appeal, while the Volkswagen majors on value for money – partly due to its not-quite-premium badge.

However, as we mentioned at the very beginning, the well-rounded, practical and safe Volvo XC40 is our top choice here.

Counterpoint: should I buy a Volvo XC60 instead? 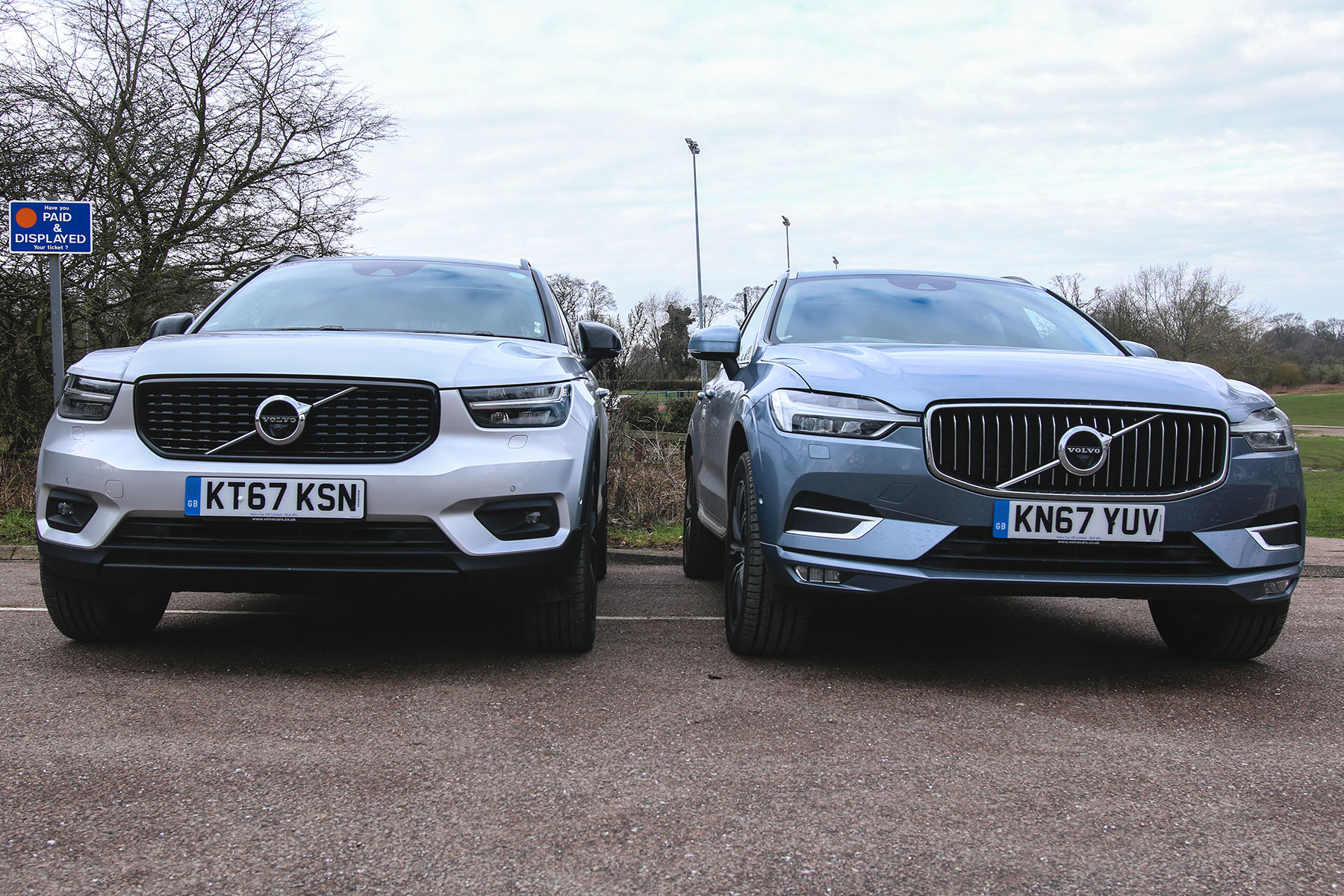 Volvo’s carried out a masterstroke. No other manufacturer – and I’m including the premium German brands here – has a range as consistently impressive and up-to-date as Volvo’s current SUV line-up.

The second-generation XC90 arrived in 2015 as a Range Rover rival and preview of things to come with Volvo. The Audi Q5-rivalling XC60 followed in 2017, while the new, smaller XC40 goes on sale this year.

Although deciding which Volvo SUV suits you might seem fairly simple (how much money do you want to spend and would you like a small, medium or large SUV?), there is a degree of overlap. As Tim’s mentioned above, the XC40 First Edition costs from £39,305 – that’s well into XC60 territory, which starts at £36,405. And, as you’ll see in the picture above – the size difference isn’t as big as you’d think.

So how do the XC40 and XC60 compare? From a purely subjective point of view, the XC40 certainly feels the newer car, even though it’s only a year fresher than the XC60. You get the impression that its design team was let off the reigns a little with the XC40: it’s a funky crossover, an Audi Q2 competitor intended to reach a market that hasn’t traditionally bought Volvos.

Both cars have brilliant interiors, although the XC60 feels more grown-up. The seats are more supportive for longer journeys, and there’s more room in the rear if you carry back-seat passengers.

To drive, we’ve not exactly carried out a fair comparison: pitching a T5 petrol XC40 against a D5 diesel. Again, the XC60 feels more mature – better on the motorway and more relaxing, while the XC40 is better suited to urban driving (although not, by any means, out of its depth on the motorway).

Which one would we go for? It depends what you’re looking for. Both are really good cars, and the XC60 is obviously going to be the better option for those with a family to transport or with regular long journeys to cover. For us, though, the clever design of the XC40 makes it marginally more desirable.