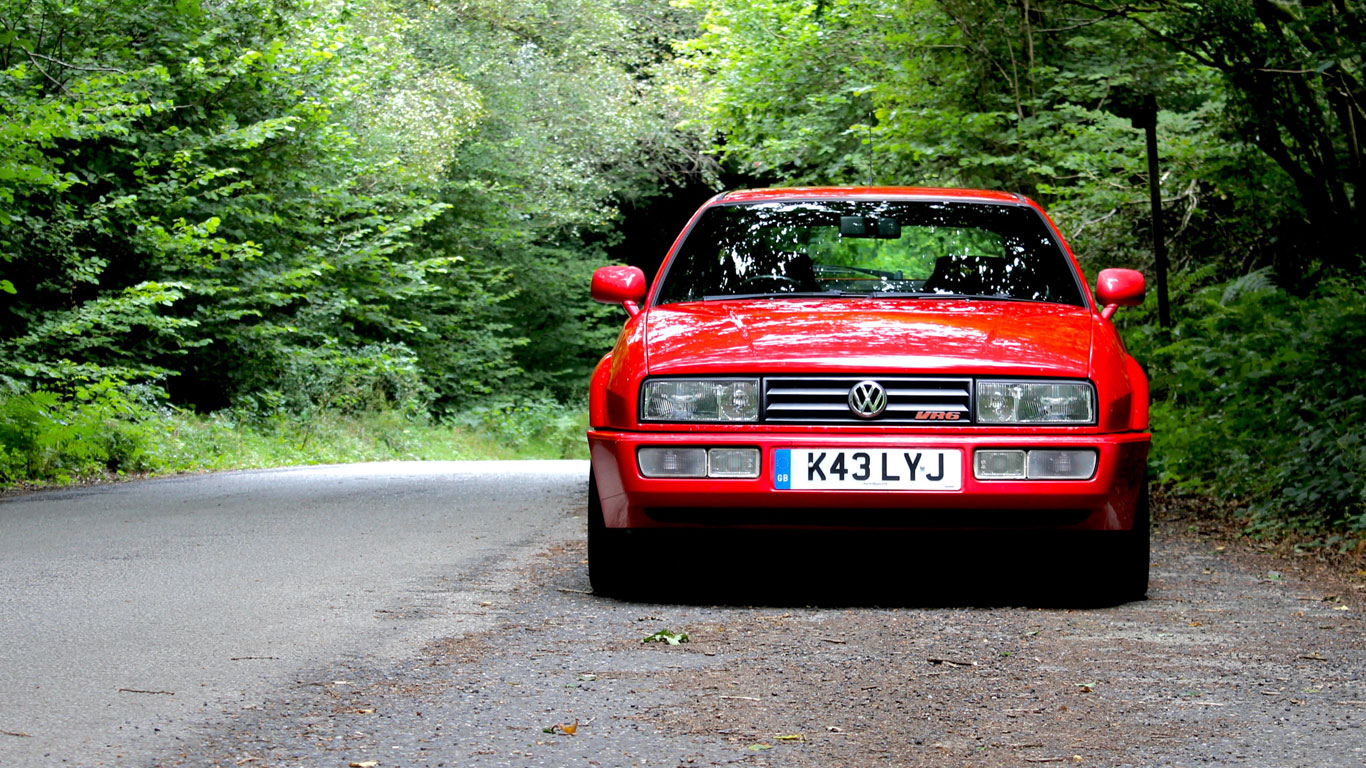 At the time of its launch in 1988, the Corrado was the most expensive car Volkswagen had ever built. Work had started in 1983, with the Corrado destined to succeed the pretty Giugiaro-penned Mk1 Scirocco. History will recall that, for a while at least, the Corrado was sold alongside the Scirocco, establishing itself as a more upmarket, better engineered coupe.

Initially, the supercharged Corrado G60 was the powerhouse of the range, but in 1991 Volkswagen launched the most sought-after model – the six-cylinder VR6. For this week’s Retro Road Test, we take a look at one of Volkswagen’s most glorious failures: the Volkswagen Corrado VR6. 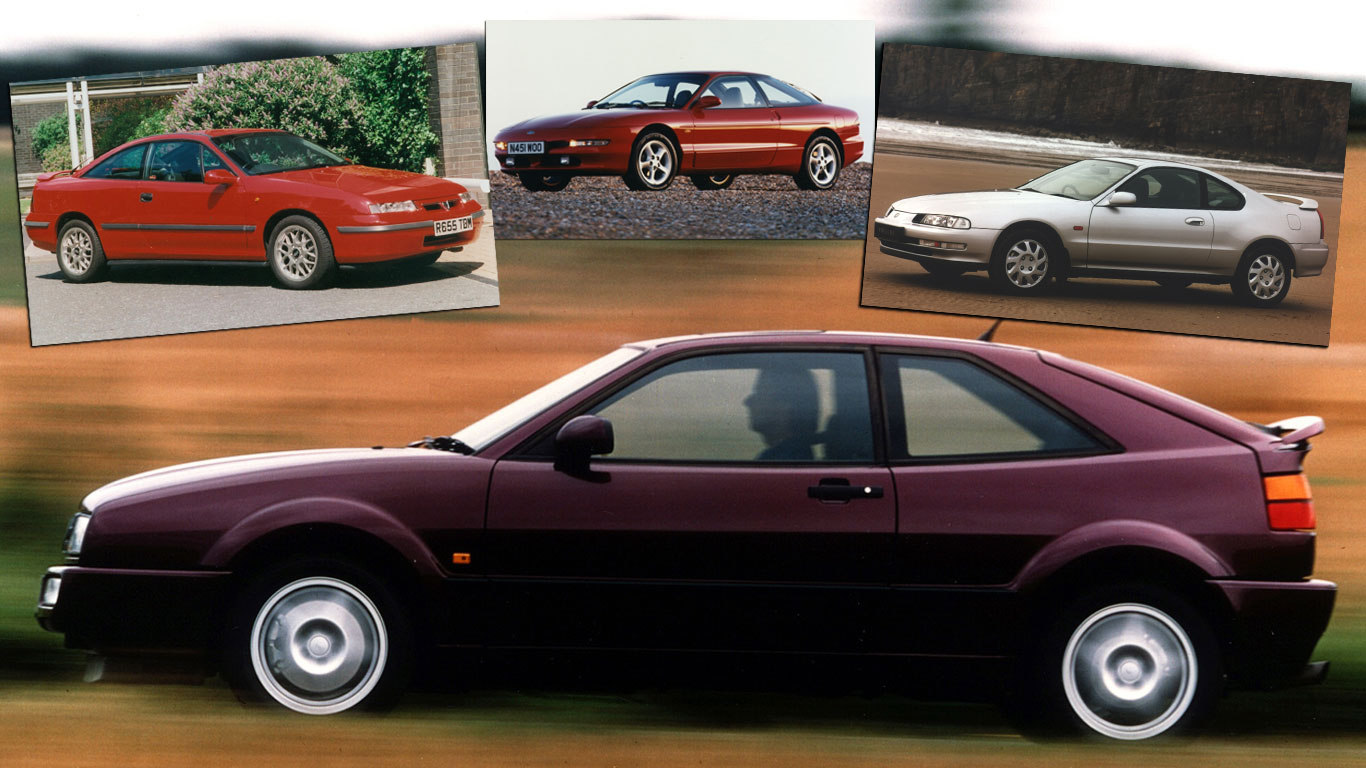 If the Corrado stood still long enough, we might be able to name some rivals, but the truth is, it’s much harder than you might think. At launch it sat in nomansland, sandwiched between the affordable Volkswagen Scirocco and the more upmarket Porsche 924. Indeed, some say the Corrado was built in response to the 924, a car which, let’s not forget, was destined to wear a Volkswagen badge.

It’s probably simpler to say that, as a coupe of the 1990s, the Corrado was engaged in a slippery battle for supremacy with the likes of the Ford Probe, Vauxhall Calibra, Toyota Celica and Honda Prelude. Cars that may have lacked the prowess of the Corrado, but still managed to win the race out of the showroom.

Between 1988 and 1995, Volkswagen managed to shift a mere 97,521 Corrados, of which 10% or so were shipped to the UK. This was in stark contrast to the half a million Mk1 Sciroccos that rolled off the production line during a similar length of time. 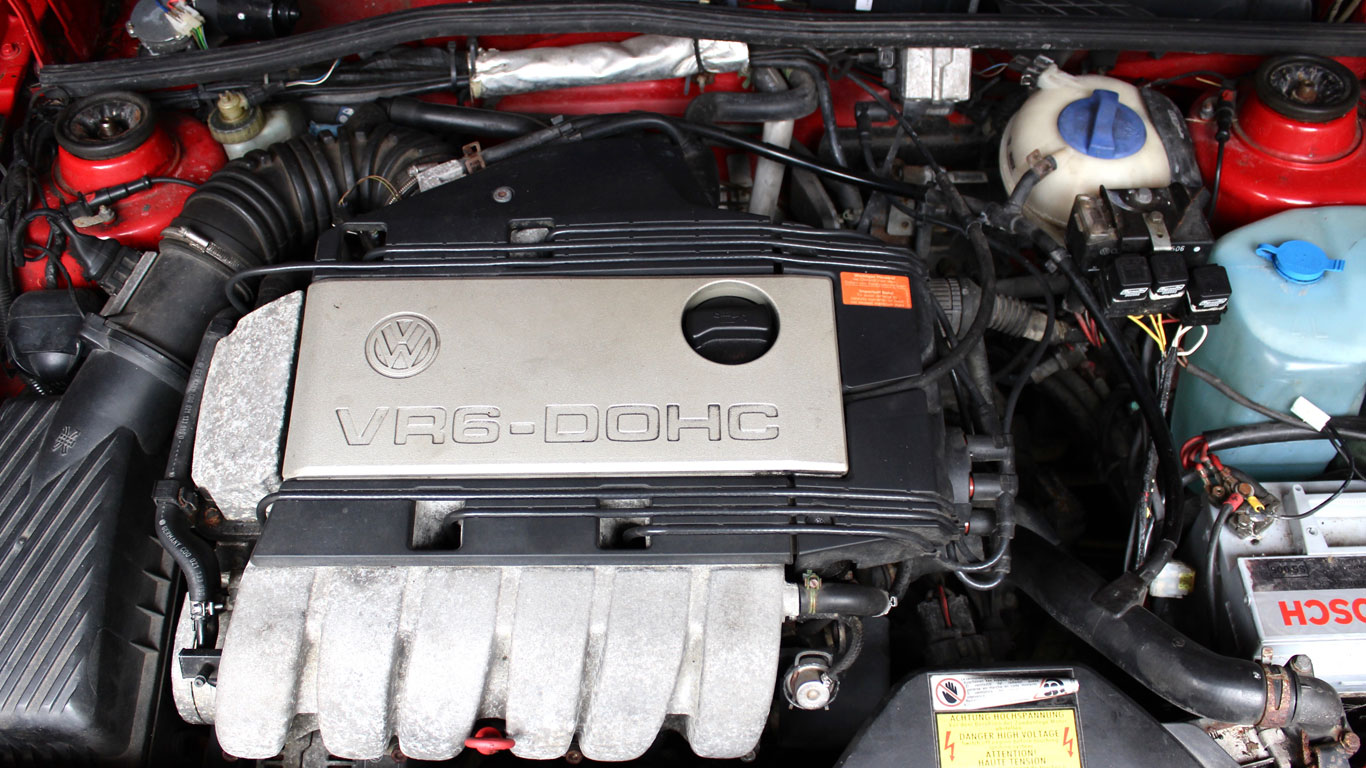 The VR6 engine was unveiled at the 1991 Geneva Motor Show, initially as an option on the Volkswagen Passat. The ‘V’ is a bit of a red herring, because the narrow-angle V6 is as much a straight-six as it is a traditional vee-six, engineered for transverse installation. With a 15-degree angle between cylinder banks and one cylinder head, the 2861cc engine was good for 190 hp.

As the VR6 was introduced, Volkswagen said ‘auf wiedersehen’ to the G-Lader supercharged engines. Curiously, despite the evocative name and that low-end pull, the G60 engine was considered to be the Corrado’s weakest link at launch. Today, it’s highly sought-after, not least for its tuning potential. 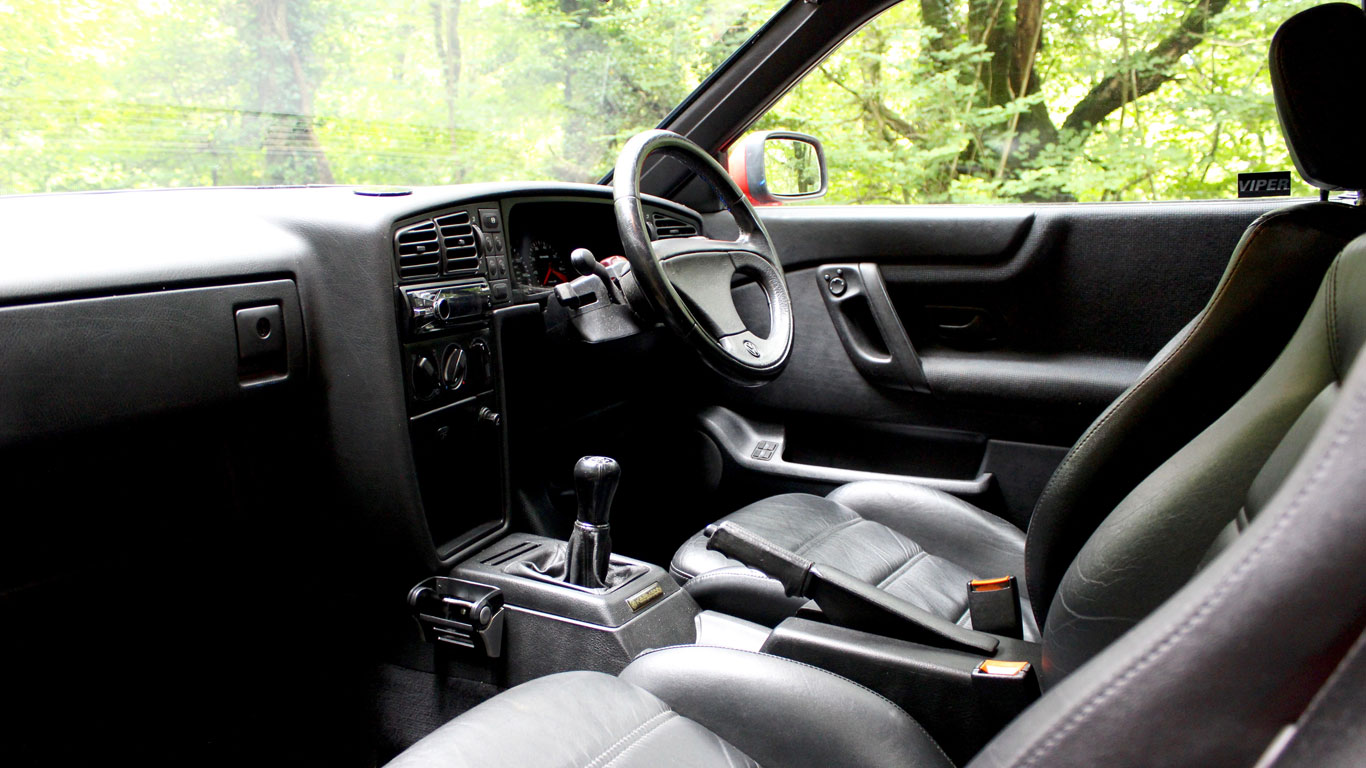 Drive a Corrado VR6 today and you’ll realise just how much has changed in two decades. Back in 1993, when this Corrado VR6 first rolled out of the showroom, its performance figures – 146mph top speed; 0-60mph in 6.7 seconds – meant that it could hold its own against the Porsche 968 Club Sport and Ford Escort RS Cosworth.

But while even a badly driven Ford Fiesta ST could give a Corrado a run for its money, it’s the way it delivers the power that counts. The acceleration won’t pin you to the back of the nicely sculpted seats, but the delivery is smooth and the soundtrack is intoxicating. The VR6 engine hardly breaks sweat as it hauls the pert coupe towards the next corner.

Within a few miles, you realise that two gears are ideally suited to the British B-road. Second gear will take you all the way to 60mph, and once you’re there third gear is all the gear you’ll ever need. It puts you at the VR6’s sweet spot, hovering around 4,000rpm. Young upstart hot hatch types have got nothing on the Corrado VR6 – this feels like a performance car with genuine pedigree.

The short-throw gearshift is slick and precise, while the stubby gear-lever simply encourages you change down pre-corner, blipping the throttle for maximum theatre. The driving position is pure sports car, while steering is nicely weighted and surprisingly communicative. It all adds up to one of the sweetest handling front-wheel drive cars ever made. 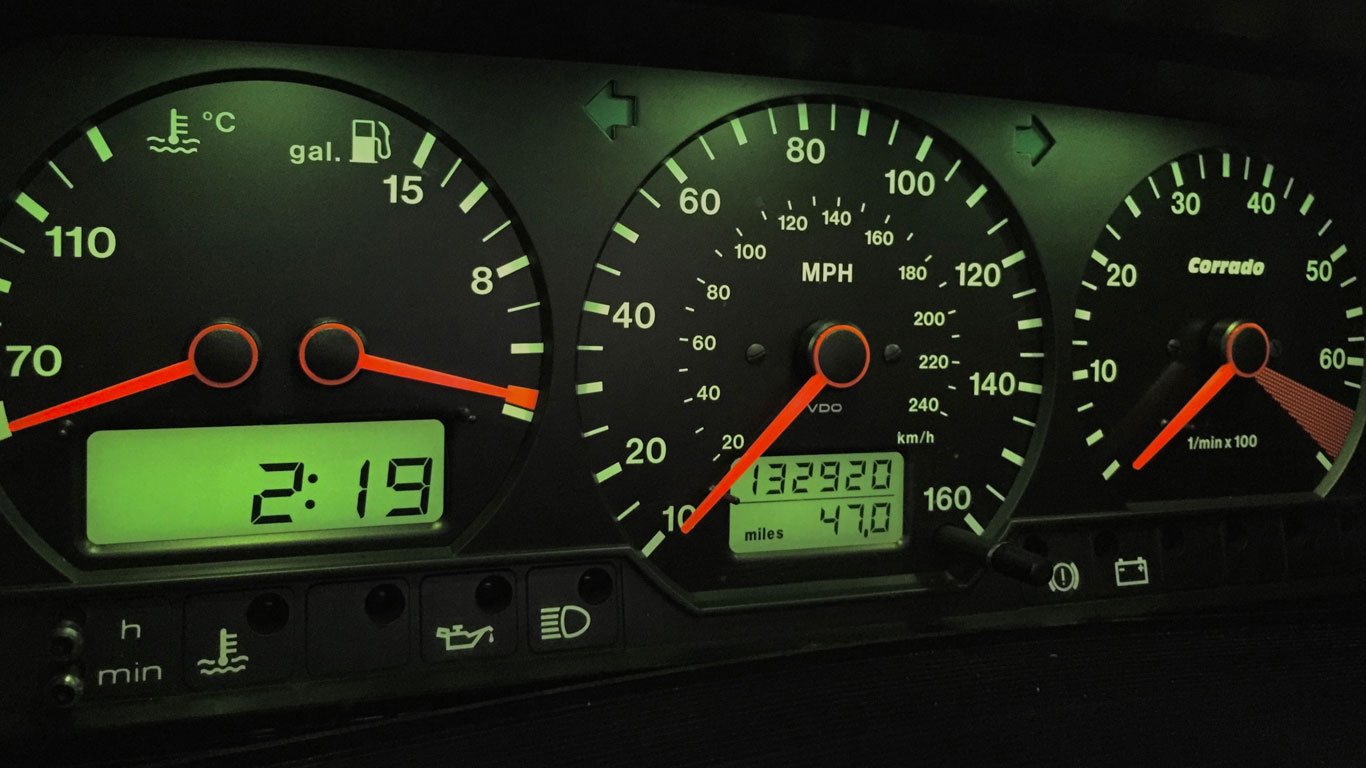 The Corrado is a car you should buy based on condition and not mileage. A cherished VR6 engine is capable of covering big miles, but the emphasis here is on cherished. Run a Corrado VR6 on a budget and it will show. The excellent Corrado Forum is a good source of information and advice.

We’ve been averaging 27.0mpg – although the VR6 is so lazy, you could well see figures in the 30s on a longer trip. Conversely, spend too much time in second and third and you’ll struggle to break out of the high teens. As a modern classic, the Corrado can be covered by limited-mileage classic policies. Check with your insurance provider. 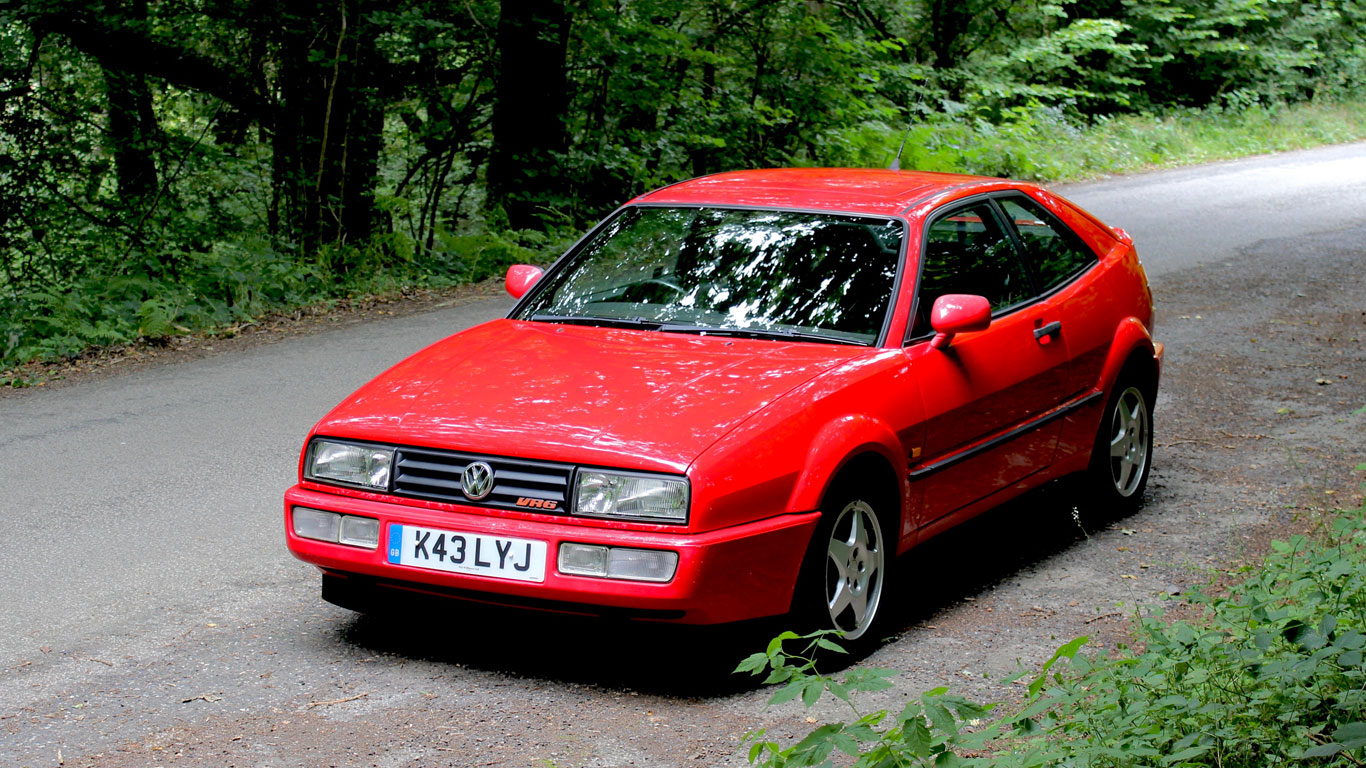 Times have changed. Ten years ago we’d have had no hesitation in recommending the Corrado VR6 for everyday use, but with parts in short supply and values seemingly on the up, we’d recommend a Corrado as a second car – ideal for those Sunday morning blasts across the moors.

Having said that, if you’re growing tired of the endless wave of four-cylinder turbocharged engines, the VR6 is a breath of fresh air. It’s a genuinely practical coupe, with a decent size boot and enough space for four adults. You can’t say that about all performance coupes. 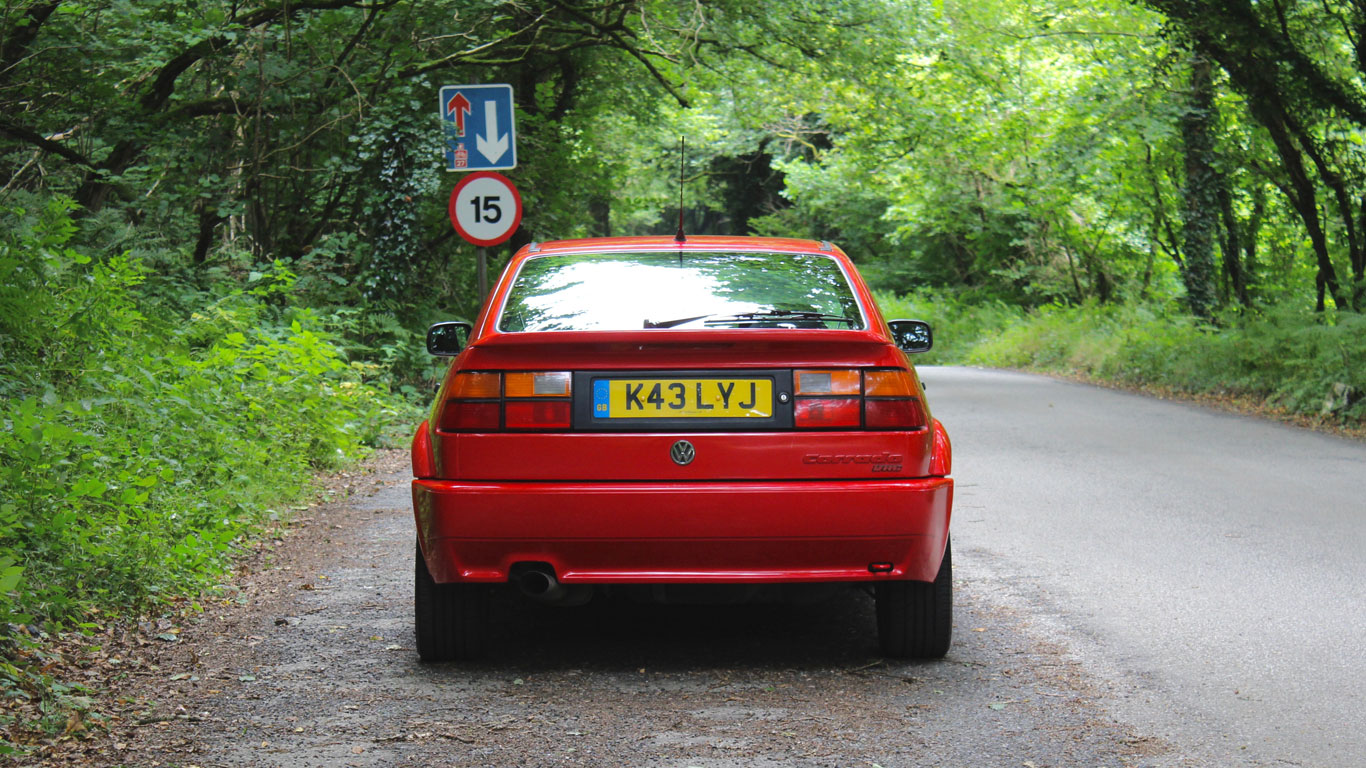 The most valuable Corrado is the last-of-the-line Storm, which came in two colours, Classic Green or Mystic Blue, and featured a leather interior, 15-inch BBS Solitude alloy wheels and Storm badges. These cars tend to command a premium on the used car market.

We’d bank on paying upwards of £5,000 to secure a good Corrado VR6, although low mileage cars and Storm models will be worth more. Don’t rule out the cheaper and no less interesting G60, while the 16v and 8v models offer all the benefits of the coupe styling with lower running costs. 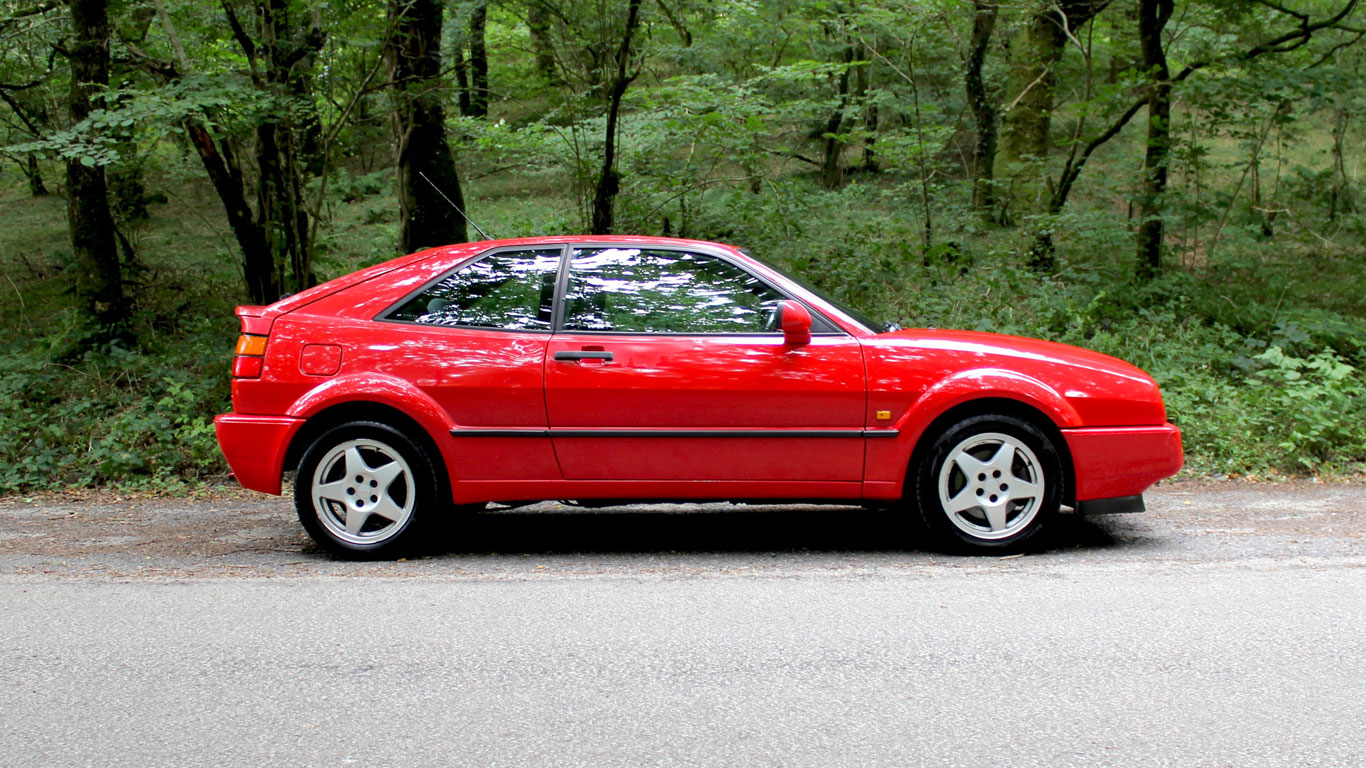 The Corrado Forum buying guide lists VR6 specific checks as the timing chain and puffs of blue smoke on start-up. A marbles-in-a-tin-can sound could be a sign that the timing chain needs replacing. It’s a big job and it’s worth doing the clutch at the same time.

Other points worthy of a mention include: 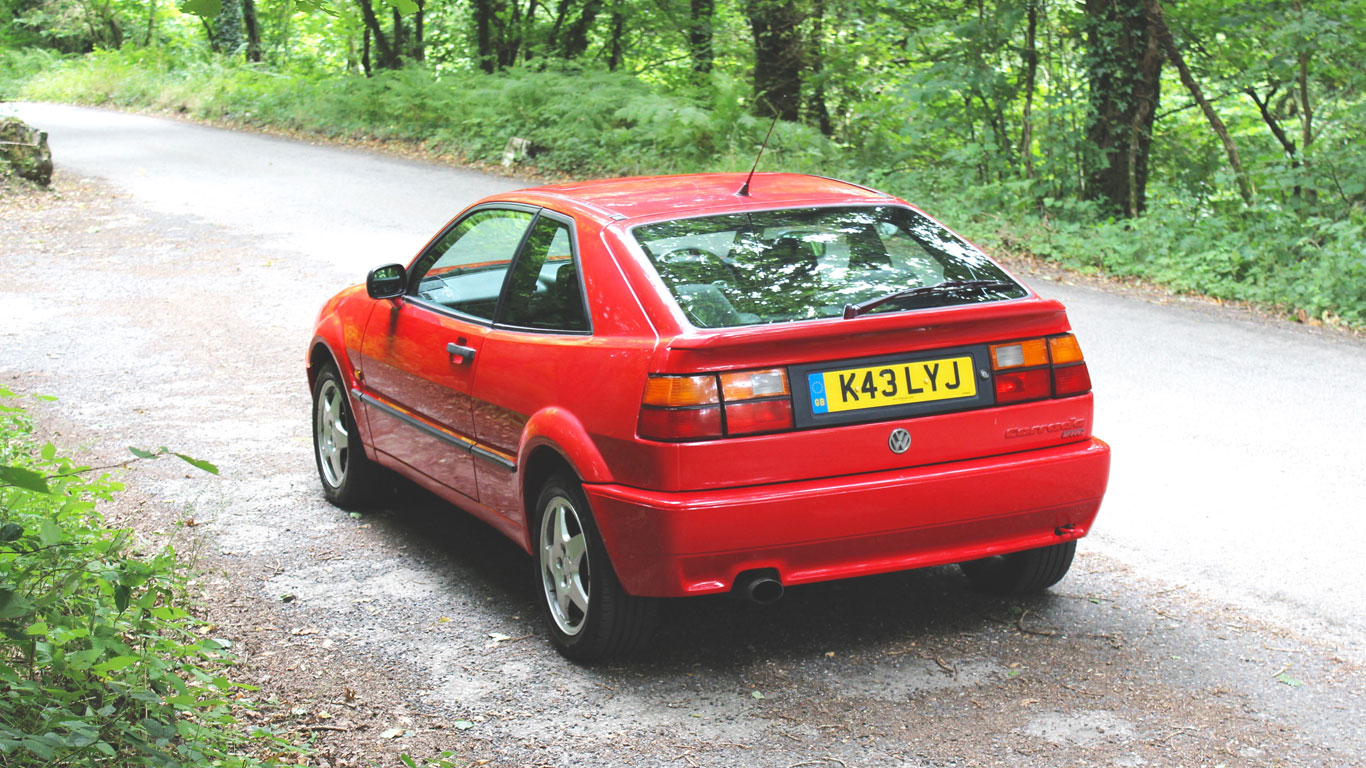 To many, the VR6 is the ultimate Volkswagen Corrado – the engine the coupe was waiting for. There’s no denying it’s one of, if not the best performance coupe of the 1990s, a rare example of a car that was a classic in its own lifetime.

We’d hesitate to say that now is the time to buy one, because we’ve been lauding the Corrado as the next big thing for many years. But there’s been a noticeable surge in interest, which could mean prices are about to head north. 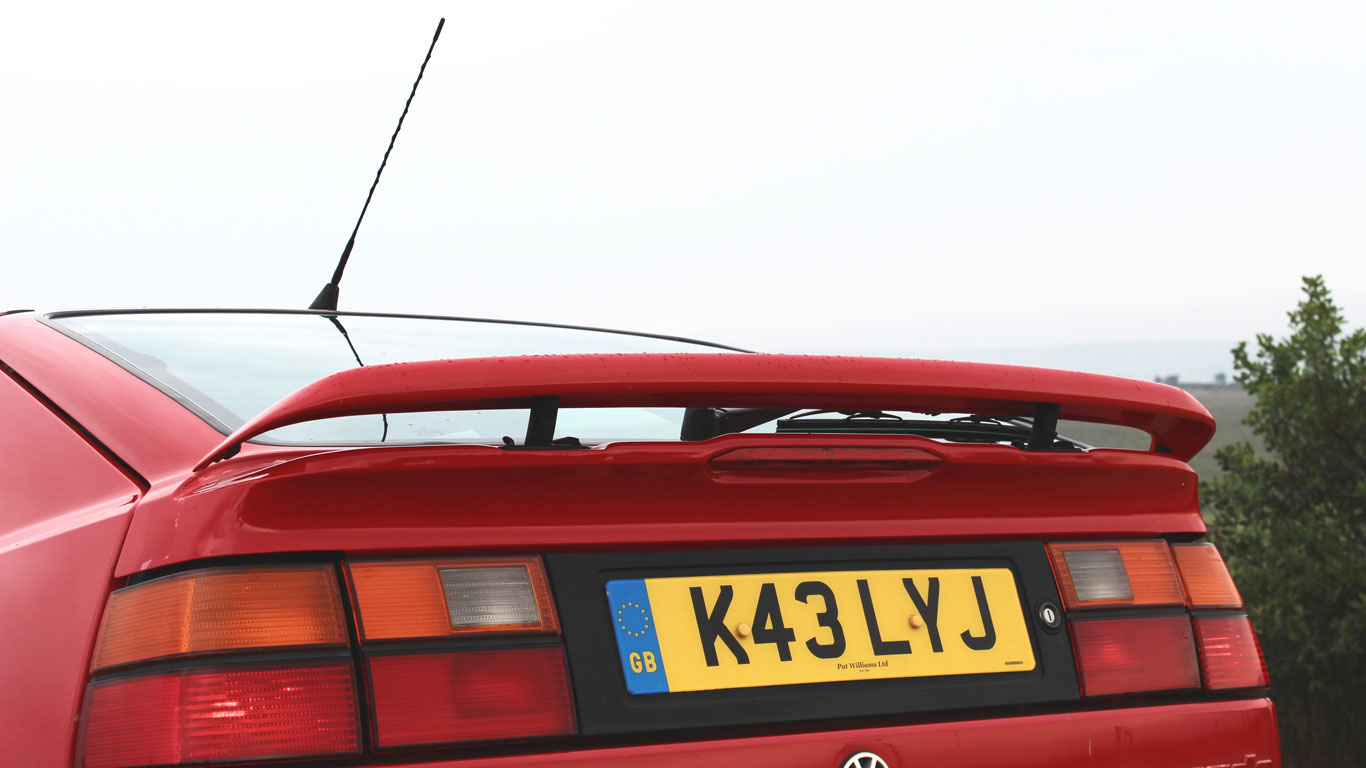 The Corrado’s party piece is the rear spoiler, which automatically deploys at 45mph to improve downforce and directional stability. Herbert Schafer, senior designer on the Corrado project, swore blind that it was “no go-faster gimmick”, but whatever, it adds a touch of kudos to an already cool coupe. Just make sure it still works.