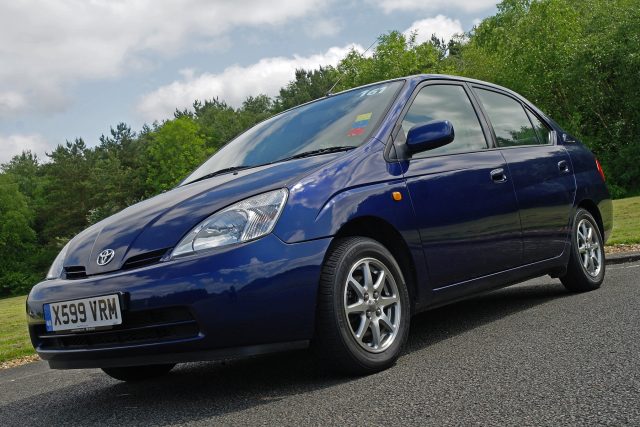 In 2017, most drivers are aware of hybrid cars. That wasn’t the case in 1997, when the original Toyota Prius was launched. Richard Gooding, features and road test editor of GreenFleet magazine, finds out how the original Prius introduced the hybrid car to the masses.

The Toyota Prius is 20 years old in 2017. Now in its fourth generation, it has become the embodiment of affordable hybrid cars, and led Toyota down the successful petrol-electric path that has seen it sell 10 million similarly-powered cars.

A trailblazer when it first appeared in December 1997, the Prius was the first mass-produced hybrid car, and is now one of Toyota’s most famous models. Endorsed by celebrities and minicab drivers the world over, how does the first version of the Japanese eco car stack up today? 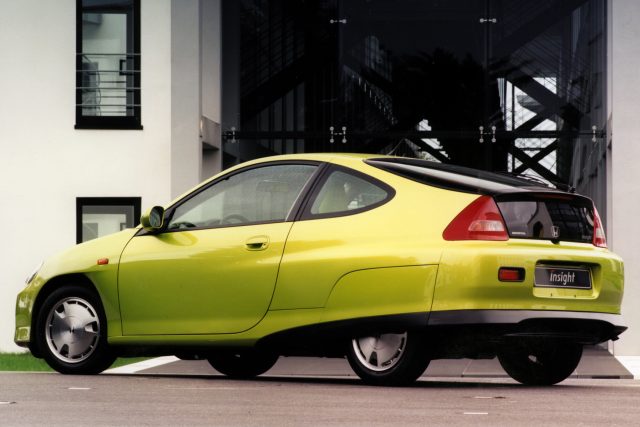 The first-generation Prius hit UK streets in the autumn of 2000. Even though development of elec-tric and part-electric vehicles had been ongoing for decades, at the turn of the millennium Toyota’s green baby had very few rivals using the same fuel-saving technology. The most notable was the Honda Insight. Also a hybrid, the Honda adopted a coupé-like silhouette that referenced the 1980s CRX. This made it a two-seater only, whereas the saloon-like and more practical Prius could carry a full complement of five occupants. At a pinch. 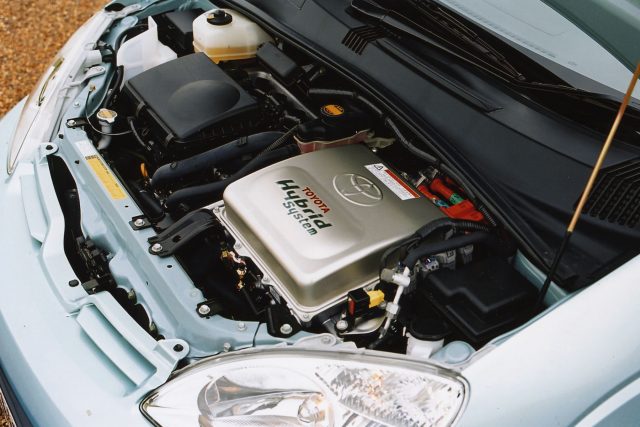 Under the little Toyota’s stubby nose is a 1,496cc petrol engine, which runs an Atkinson combustion cycle for maximum fuel efficiency. The VVT-i unit produces 70hp, and is supplemented by a 40hp electric motor. Unlike its rival from Honda, though, the Prius can be powered by either the petrol engine, the electric motor or a combination of both. To aid its electric-ness, a bank of 6.5Ah nickel-metal hydride (Ni-MH) batteries sits behind the rear seats, along with a generator. CO2 emissions, now the motor industry watchwords of choice, were 120g/km – very low for the time. 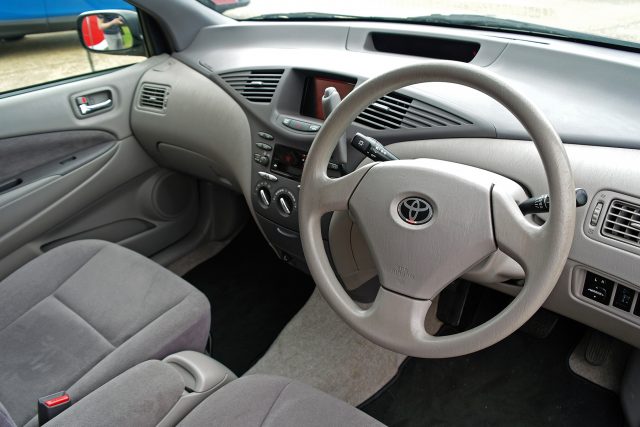 While you’d be right in thinking the original Prius isn’t an exciting car to drive, there are pockets of wonder to be had. There’s a familiar enjoyment in the way the older car goes about its business, which you also experience in the current car – its laid-back and relaxed demeanour shared by its descendant.

The petrol engine and electric motor are monitored by a control system which measures the ratio of power coming from each source and operates the car in the most efficient way. That power is directed to the front wheels, with any excess energy used to recharge the battery pack.

Start off in purely electric mode and the original Prius feels very contemporary and very quiet, but it doesn’t take long before the petrol engine makes its presence felt. Move up the rev range, and it gets quite vocal – don’t worry, it won’t rev past 4,500rpm – but you’ll more than likely be concentrating on the column-mounted gear selector wand to notice. Slot it into ‘B’ when going downhill, and the little Prius recaptures energy. Just like a modern hybrid.

Elsewhere, there is light steering – vague in feel if we’re honest – but with keen turn-in from its low-rolling-resistance 15-inch tyres, the original Prius is fun and enjoyable to drive, as long as you remain aware of its eco limitations and purpose. One of those limitations is speed – the first-generation Prius isn’t a fast car; that would be counter-productive to its environmentally-friendly ethos. 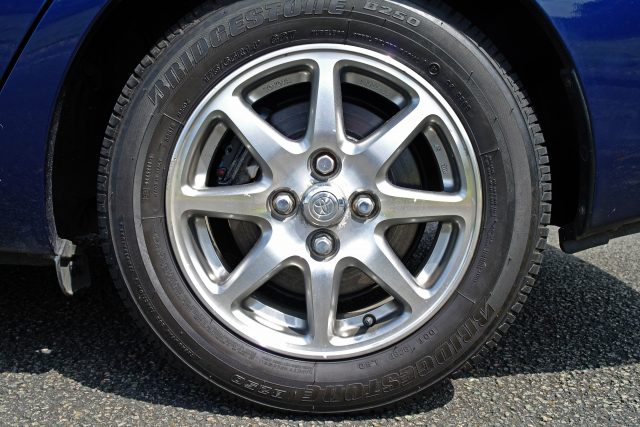 Toyota’s first-generation Prius appears to be a paragon of reliability, with may cars racking up 200,000 and even 300,000 miles, many more than Toyota GB’s 77,000-mile example. Low ownership costs are another benefit, too.

In 2003, towards the end of its life, early cars were offered with a three-year/60,000-mile warranty, while the hybrid components and battery were guaranteed for eight years/100,000 miles. For the really unwary, an optional 11-year/unlimited mileage extended hybrid battery warranty was available. 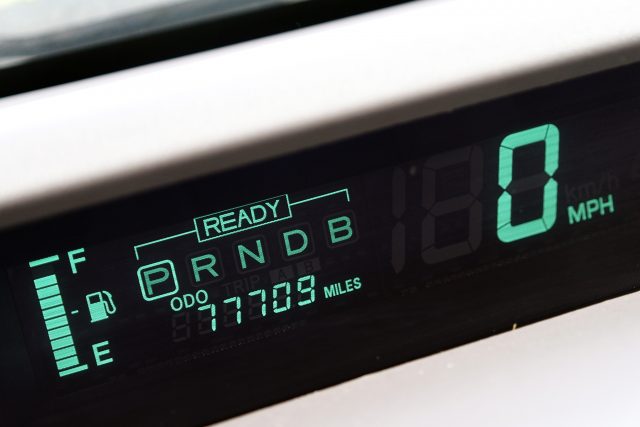 There’s no reason why not. The original Prius shares its 2017 counterpart’s fuel-saving values, and is similar to to drive in spirit. So yes, you could quite easily pootle around in it on a daily basis. The hard-wearing interior – unremitting in its grey-ness – shouldn’t be too taxing to keep in good condition, either. Rather more obviously, it’s the hybrid powertrain that will need the most care. 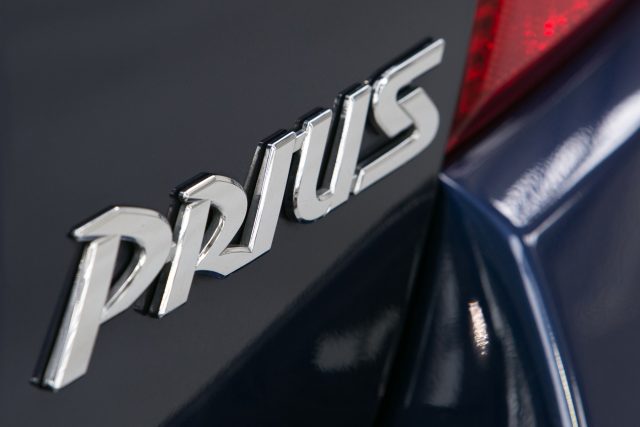 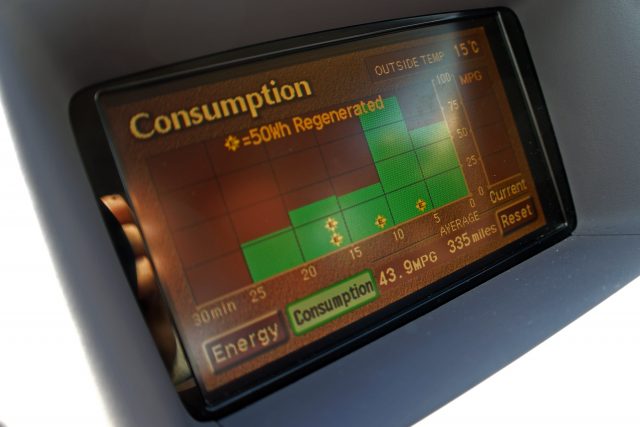 If you can find a decent example of Toyota’s debut petrol-electric car, the main issue is the hybrid system’s battery life. The lifespan of those Ni‑MH batteries was expected to be around 10 years or 100,000 miles, which, by definition of age at least, every second-hand version will have reached in 2017. However, certain reports suggest that little battery degradation happens at all.

In 2011, the Mk 1 Prius was recalled to check the nuts that secure the pinion shaft in the steering box assembly. Cars affected were registered between 25 January 2000 and 30 May 2003. Transmission failure has been known to occur, too, which manifests itself as an illuminated warning light on the dashboard. 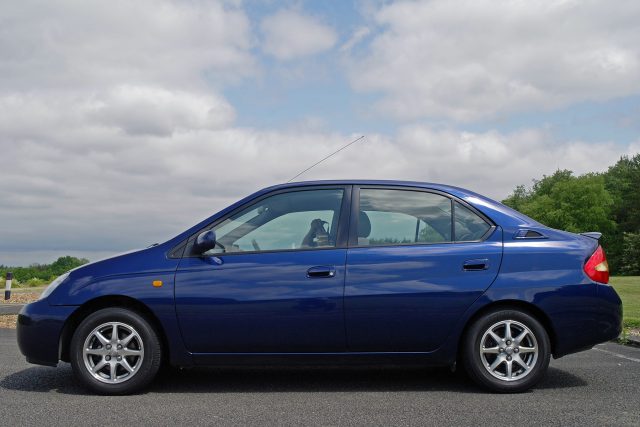 While many modern-day small capacity turbocharged petrol engines now get close or exceed the original Prius’s fuel economy, the little hybrid is certainly worth a look – provided you can find one.

If you fancy a taste of hybrid motoring, this is a very affordable option. Just double check that hybrid powertrain and battery pack. 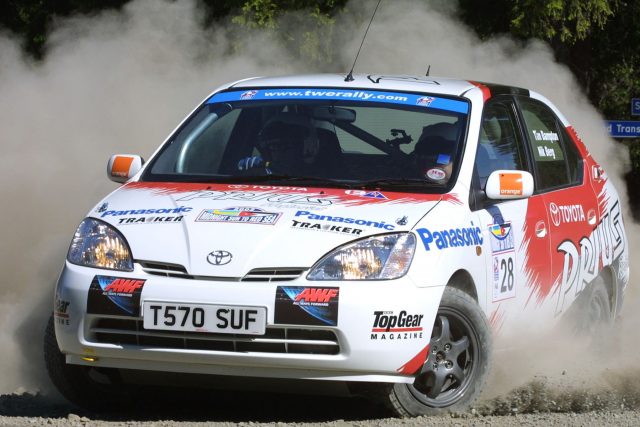 The Prius first appeared on 27 October 1995 at the 31st Tokyo Motor Show. A concept car wearing one of Toyota’s most famous nameplates and featuring the Japanese company’s ‘Toyota Hybrid System’ (THS) technology was unveiled. Few could have predicted what a success the Prius would go on to become.

It wasn’t just on the road that the car was a trailblazer, though. In 2002, the Prius became the world’s first hybrid rally car to complete an FIA-run event: the Midnight Sun to Red Sea Rally. Three years later, a second-generation car set a new world land-speed record for a hybrid vehicle, posting a speed of 130.794mph at the infamous Bonneville Salt Flats.