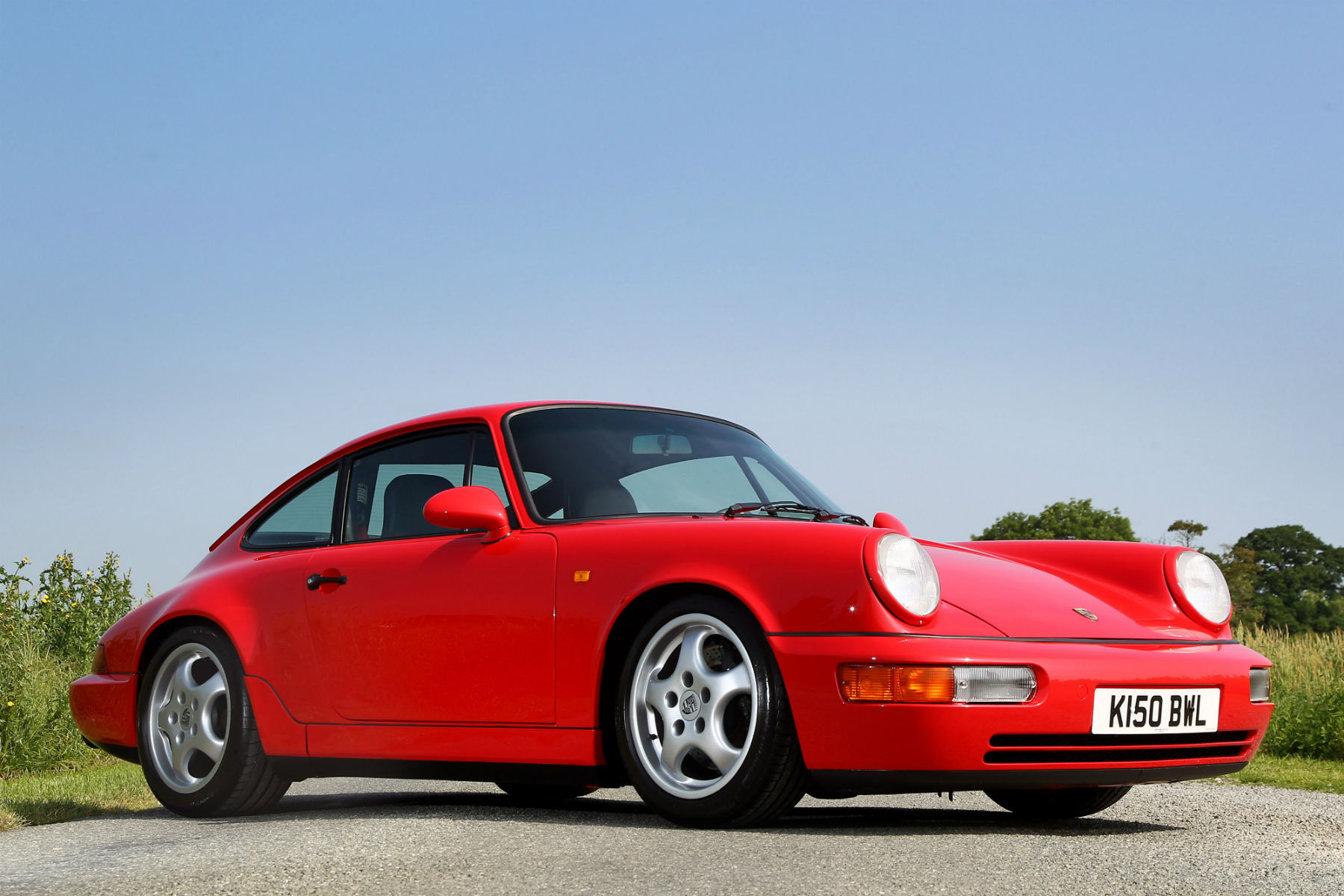 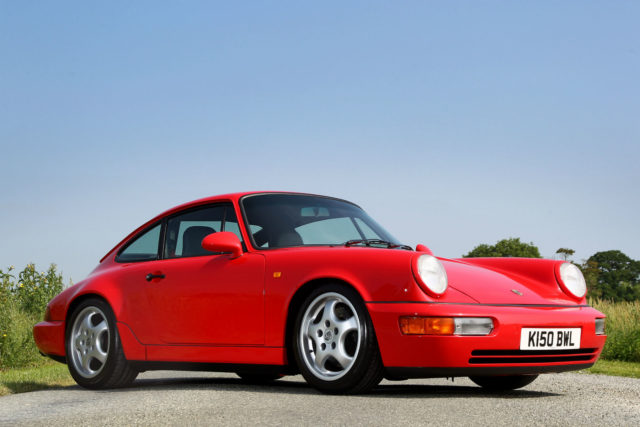 Porsche doesn’t use its Rennsport badge lightly. Or rather, it does: RS models are stripped of excess fat, making them the most focused – and most fêted – 911s of all. And, in traditional Porsche style, you pay more money for less car – especially when it comes to used examples.

Could this be our most exciting Retro Road Test yet? Time to discover what all the fuss is about… 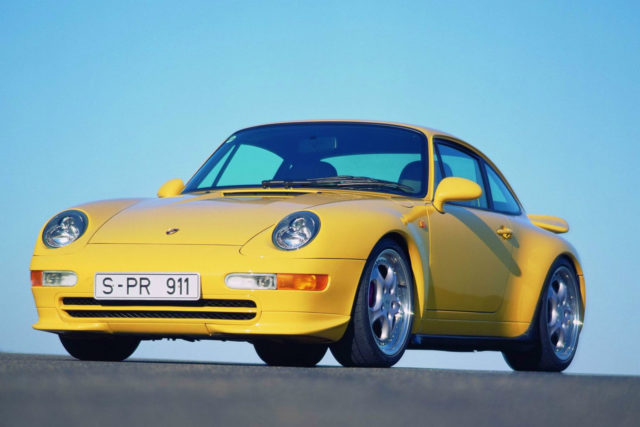 If you’re in the market for a classic 911 RS, you probably won’t consider much else. These low-volume sports cars exist in a rarefied bubble, scrutinised by enthusiasts and investors alike. And with prices edging ever upwards, there’s no sign of the bubble bursting yet.

Perhaps the 964’s closest rival is actually its successor, the 993 RS. Despite its more aggressive styling (a huge GT2-style rear wing was optional), the 993 is a slightly softer, more road-biased alternative to the 964. It’s also rarer, with only 1,241 made, meaning prices are even higher. Good ones can exceed £200,000. 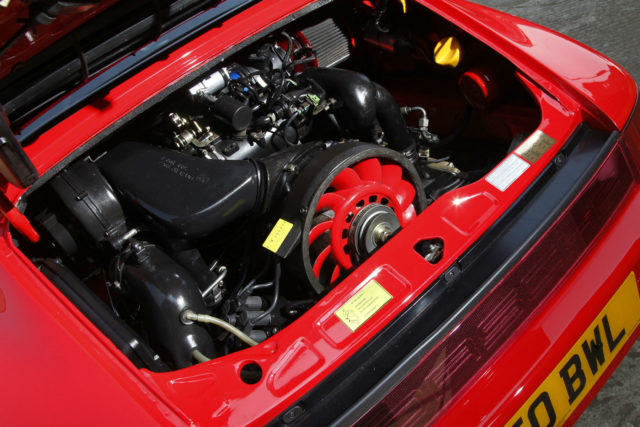 Porsche 911 engines never look very special. But this air-cooled flat-six is meatier than most, at 3.6 litres and 264 hp. That’s modest by modern standards, but the RS is around 150 kg lighter than the standard car – plus it boasts a lighter flywheel and close-ratio five-speed manual gearbox. 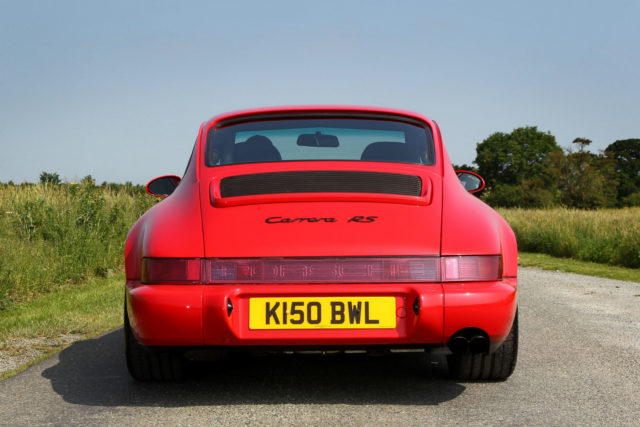 The 964 RS feels very different to a modern 911. It’s amazingly compact, for starters – shorter and narrower than the current Cayman – and utterly bereft of creature comforts. Infotainment? Dream on.

The pedals are offset sharply to the right in this left-hand-drive car, with the clutch positioned dead-ahead where you’d usually find the brake. UK cars came with power steering, but this Spanish RS does without, so manoeuvring between parked Porsches at Autofarm is a bicep-busting effort. A lumpier cam (the only engine modification) also makes it embarrassingly easy to stall.

Escaping onto the Oxfordshire lanes, it’s time to let the RS off the leash. The mechanical clatter of its flat-six hardens to a visceral snarl as the revs rise. Below 4,000rpm it feels merely quick – then all hell breaks loose and it explodes to the 6,800rpm redline faster than you can grab the next gear. It’s uncouth, uncompromising and utterly fantastic.

The brakes require a firm shove, but all the controls are deliciously analogue. Riding on 40mm-lowered suspension and 17-inch alloy wheels, the 964 feels totally tied-down – like a Carrera Cup racer with number plates. Perhaps less really is more, after all? 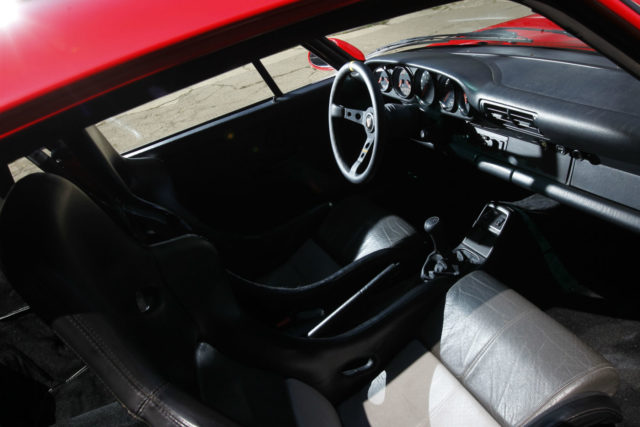 The Porsche 911 is famed for its bulletproof mechanicals. And the RS produces just 11hp more than a standard 964 Carrera, so its engine isn’t unduly stressed. You need to judge each car on its individual merits; some have been worked hard at track days, while others have led pampered lives in air-conditioned garages. Originality is ultimately more important than mileage, as bespoke RS parts – such as the thinner glass and aluminium bonnet – are rare and expensive.

With any luck, other running costs, such as maintenance, insurance and road tax, can be offset against the car’s increase in value. Fuel bills won’t be cheap, of course, but this isn’t a car you will drive every day. Or is it? 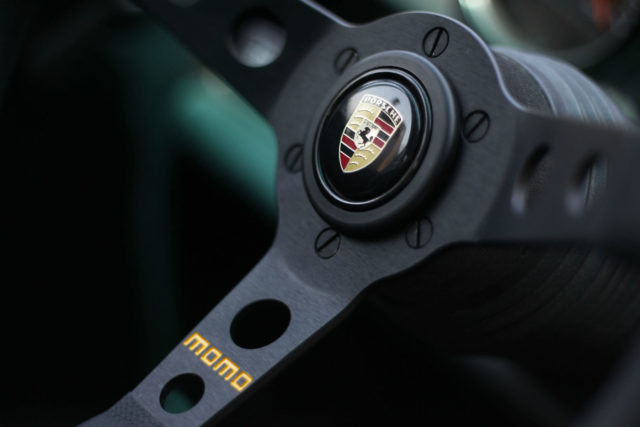 We’d shake the hand of anyone who does their daily commute in a 964 RS, but such owners are few and far-between – soaring values have seen to that. We could live with the heavy steering (not an issue on UK-spec cars, as noted above) and lack of air-con, but the ride is only borderline acceptable on broken British bitumen. What feels taut and agile on Sunday morning could be tiresome and annoying by Monday morning.

Better to savour the RS as a car for special occasions. A car to drive just for the hell – or indeed heaven – of it. On narrow lanes in Wales or the Scottish Highlands, the diminutive Porsche could keep pace with many of today’s bloated supercars. And its driver would have more fun, too. 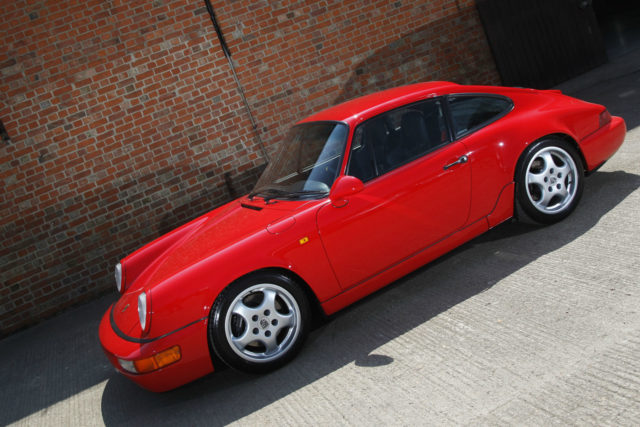 You probably won’t find an RS for less than six figures, such is the demand for this classic Porsche. Expect to pay from £150,000 for a well-cared-for example, with the very best cars advertised at nearly double that. Not bad for a car that cost £61,000 in 1991.

This particular ‘matching numbers’ RS has covered 77,000 miles from new and has just benefited from a £50,000 Autofarm renovation – including a respray in the original Guards Red. As such, it looks decent value at £168,000. 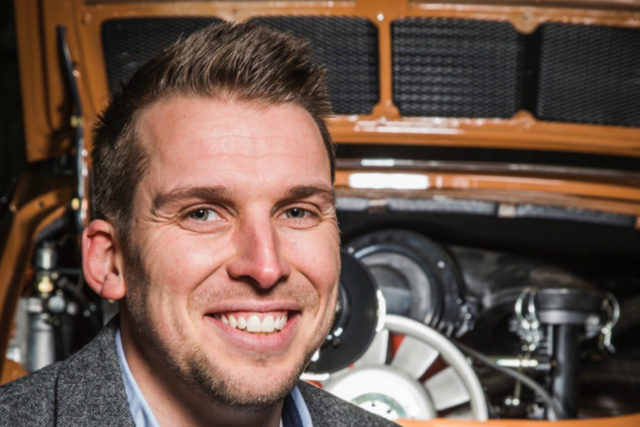 Mikey Wastie is managing director at Autofarm and an acknowledged Porsche expert. Here are his five tips for buying a 964 RS:

The 964 Carrera RS is the Porsche 911 in one of its purest forms. Raw and unfiltered, it distils all that’s great about Germany’s sports car into a shot of pure petrolhead adrenalin. It’s a car you’ll ache to spend time with, to learn its quirks and exploit its talents. The buzz of driving it stayed with us many hours after we reluctantly handed back the keys.

If you’re lucky enough to be able to afford one, go for it. There are few better investments in the world of classic cars than a 911 with an RS badge. The only problem is, you’ll never want to sell it. 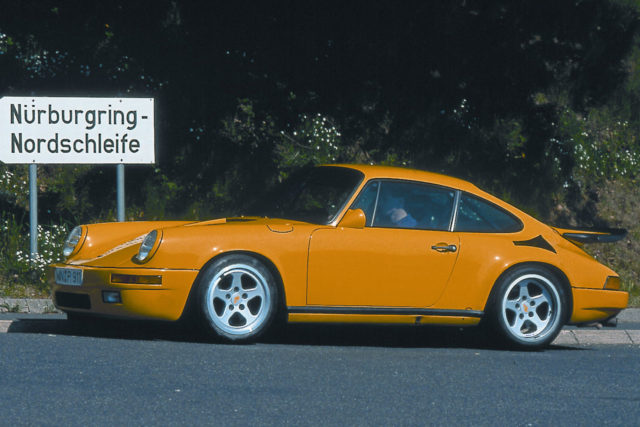 The previous owner of ‘our’ 964 fitted various upgrades from Porsche tuner, RUF. These included spoilers and an innovative ‘Electric Foot’ EKS clutchless semi-automatic gearbox. Autofarm has since returned the car to standard ‘Lightweight’ spec – as it left the factory.

The 911 pictured is the famous RUF CTR Yellowbird, a turbocharged 964 that starred in the famous ‘Faszination on the Nurburgring’ video (look it up on YouTube), driven by Stefan Roser.