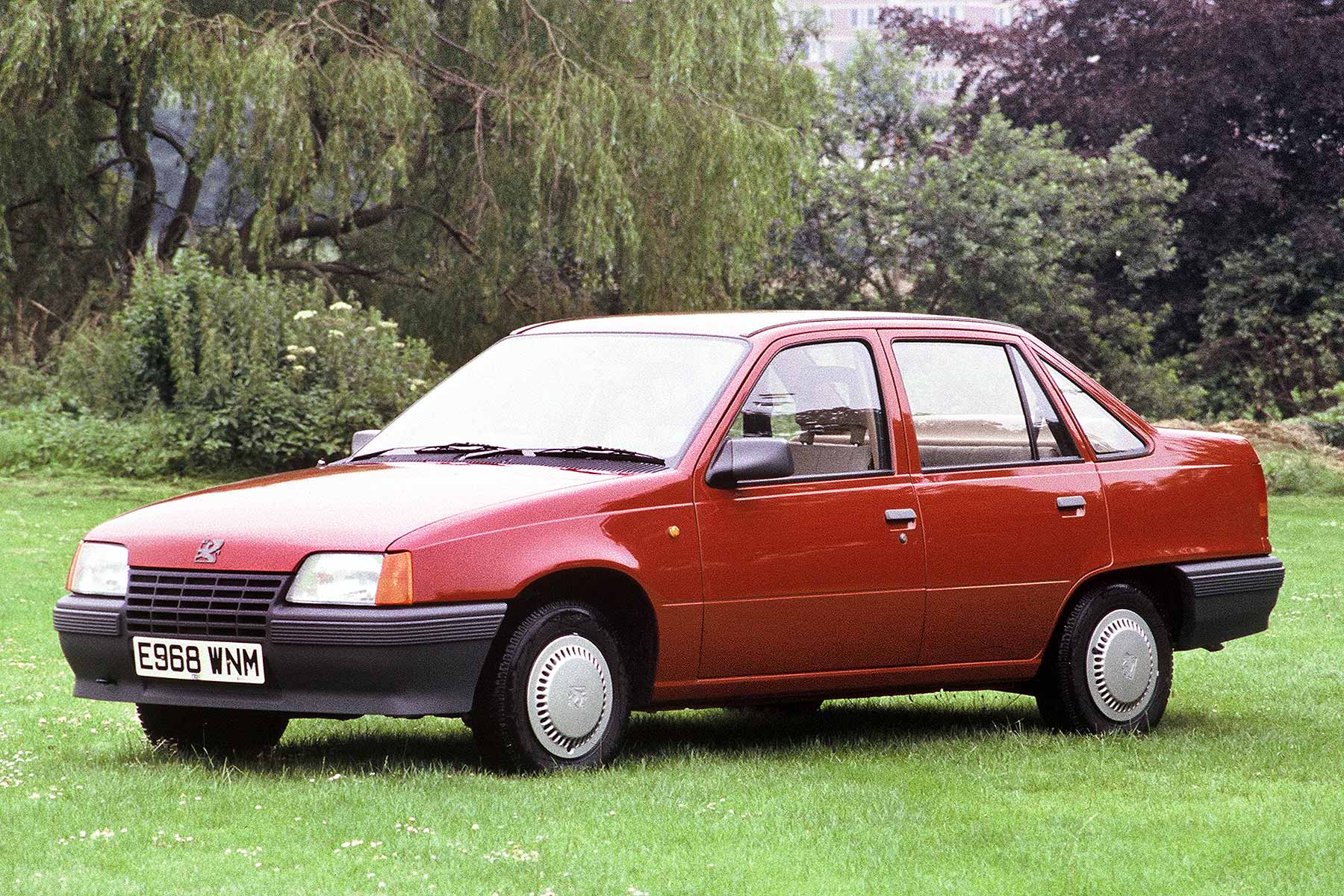 It sounds like a dangerous policy, but sometimes car adverts brazenly major on a car’s biggest weakness, and hope that you’re sufficiently blinded by their beautiful images and snake-charmer words not to notice. There was, for instance, the British Leyland ad that trumpeted ‘Style. It’s hard to define, but easy to recognise.’

A promo for the Jaguar XJ6, perhaps, or the Triumph Stag? Nope. The Morris Marina.

A couple of decades later came Nissan’s more subtly hopeless line for its QX, a dull-as-a-puddle V6 saloon about which they announced, ‘It exists. The new QX’. It was hard to see what they were driving at, but there was no denying that the QX’s presence was worth pointing out, because it had the stand-out qualities of a weed.

The Vauxhall Belmont, then. ‘Not just an Astra with a boot,’ Vauxhall bleated vainly. Except that this car was exactly that, being an Astra all the way to the trailing edge of the rear door, behind which you’d find a protruding boot rather than a tailgated fastback, and a couple of slim-pillared extra side windows. But other than that, the Belmont was Astra all the way. It was even called the Astra Belmont, in case you were in any doubt.

Its marginal existence as an individual model was mostly the fault of Volkswagen and Ford, both of them producing saloon cars out of hatchbacks. In VW’s case it was the Jetta, born out of the Mk1 Golf back in 1978, and in Ford’s the Orion, which sprang from the first front-drive Escort in 1983. The Jetta sold quite well over here, but its big market was in the US, where for some reason they consider cars with liftgates (hatchbacks to you and me) to be some kind of unmentionable automotive mollusk. 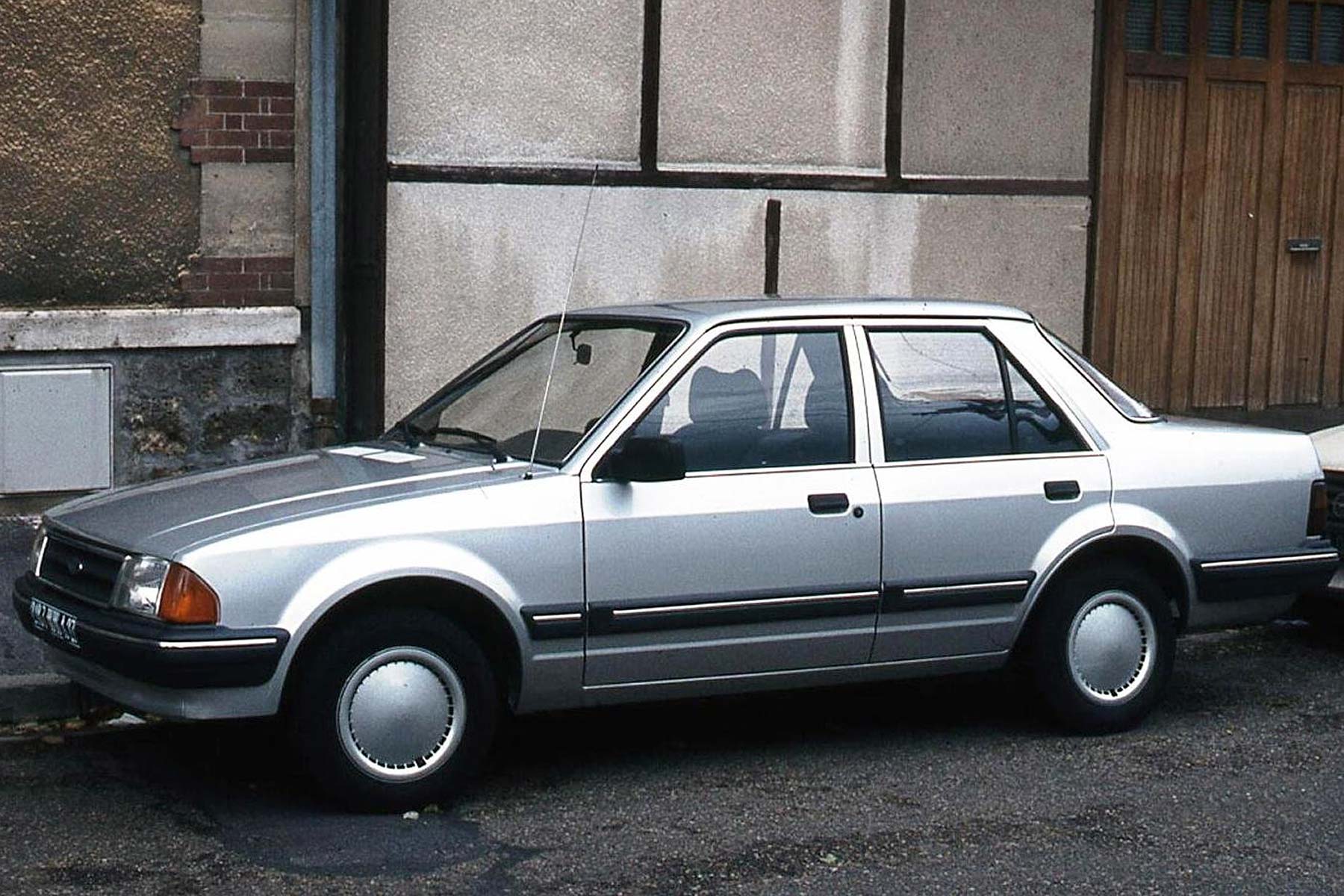 The Orion, on the other hand, became a big seller in Britain. By the time it had launched the 1980 Escort and 1982 Sierra, both very popular, Ford had switched from mainly being a maker of saloons to a major seller of hatchbacks. It would follow up with a five-door Granada Scorpio in 1985. But before that came 1983’s Orion, which was aimed at traditionalist Ford buyers still pining for a car with a boot. There were a lot of them, it turned out – the Orion was a regular top 10 best-seller in Britain for six years from 1984. And it was this sales hit that encouraged Vauxhall to give its booted Astra a name all of its own.

The 1986 Belmont turned out to be one disappointment piled on top of another, although this second heaping was admittedly smaller than the first. Disappointment one was the reality of a car that looked excitingly dramatic in spy shots. The Vauxhall Astra was actually a German car, this rebranded Opel Kadett a front-wheel drive replacement for the Vauxhall Chevette and the last rear-drive Kadett. Launched in 1978, it was a very capable car of modestly handsome style, several of its revvy new overhead cam engines a world away from the grumbling old motors found beneath the bonnets of Fords.

But the next-generation version completely abandoned the original’s square-cut look for a nose neatly rounded to slice the air, a fastback hatch and a guillotine-cut tail. The new shape was all about aerodynamics and flaunted plenty of neat detailing to prove it, from a tidily integrated one-piece egg-crate grille, impact bumpers and front valance to its mirror fairings, the distinctive, grey plastic filler piece behind the rear doors and its gutterless roof design. The hatch made a Cd of 0.32, the GTE 0.30, impressive numbers for the day. The ’84 Astra made the Ford Escort look fussy, and the still newer Austin Maestro look like a relic from the previous decade.

And there was more modernity inside, most dramatically aboard the GTE hot hatch, whose instrument binnacle was filled with a colourful LCD instrument display featuring a digital speedo and a rev-counter resembling a power curve. Neatly moulded door cards, a shapely dashboard and a deep-sculpted front seats made this Astra the most modern-looking family hatch to be found in a UK showroom during 1985.

Trouble was, the drama of the looks weren’t quite matched on the road. The smooth-revving 1300 and 1600 engines were still there (as were the less impressive pushrod motors) but the mostly unchanged suspension was not much of a step forward, a conclusion you would rapidly reach amid the light turbulence of a decaying road. The Astra’s steering precision didn’t bring lasers and scalpels to mind either. So while it looked like a new tomorrow, the Astra’s aerodynamic shell hid much that was from yesterday.

You could travel still further into the past with disappointment number two – the Belmont. The addition of a boot unavoidably lost much of the drama of the hatchback’s looks, and its badge was the kind of pretentious name used for British and American saloon cars from the early 1960s, or found in housing estates from the same era. Still, it had a big boot, and its slim rear pillars made it easier to reverse than the hatch.

It came with most of the trim and engine choices offered with the Astra hatch and estate, including a supposedly sporty SRi version. The bottom quarter of this car was finished in matt grey to match the bumpers – a look more pleasing than it sounds – and it wore a set of strikingly stylish wheel trims. The best bit lay under the bonnet, where you’d find the fuel-injected 122bhp 1.8 that had powered earlier versions of the Astra GTE. It was good for 121mph, a speed far higher than its net curtain-twitching target audience was ever likely to see other than on a Monarch jet or a high-speed train.

Vauxhall spent big on the advertising for this car, parking it beside a land-speed record challenger on the Utah salt flats, a habitat as appropriate to the Belmont as Mars. ‘You’ll be surprised what the Belmont SRi can take on’, was the strapline, the copy going onto point out that unlike the single-seat jet car at its side, the Belmont could carry five, enough luggage for a trip to Utah and go 550 miles on a tank escaping the place. You also got sports suspension, and – for the day – ultra-low profile tyres. This £8996 machine was not the ultimate Belmont, however.

That came in the luxuriant form of the Belmont CD (for Corps Diplomatique, this Vauxhall an obvious ambassadorial choice) which provided the same fearsomely potent engine and enough velour trim to spike global oil prices. It also had a chrome grille, a grey applique on its oversized bootlid, a centre console cassette holder and… not much else to justify its lamely ambitious badging.